What awards did the USSR present to its Western Allies? 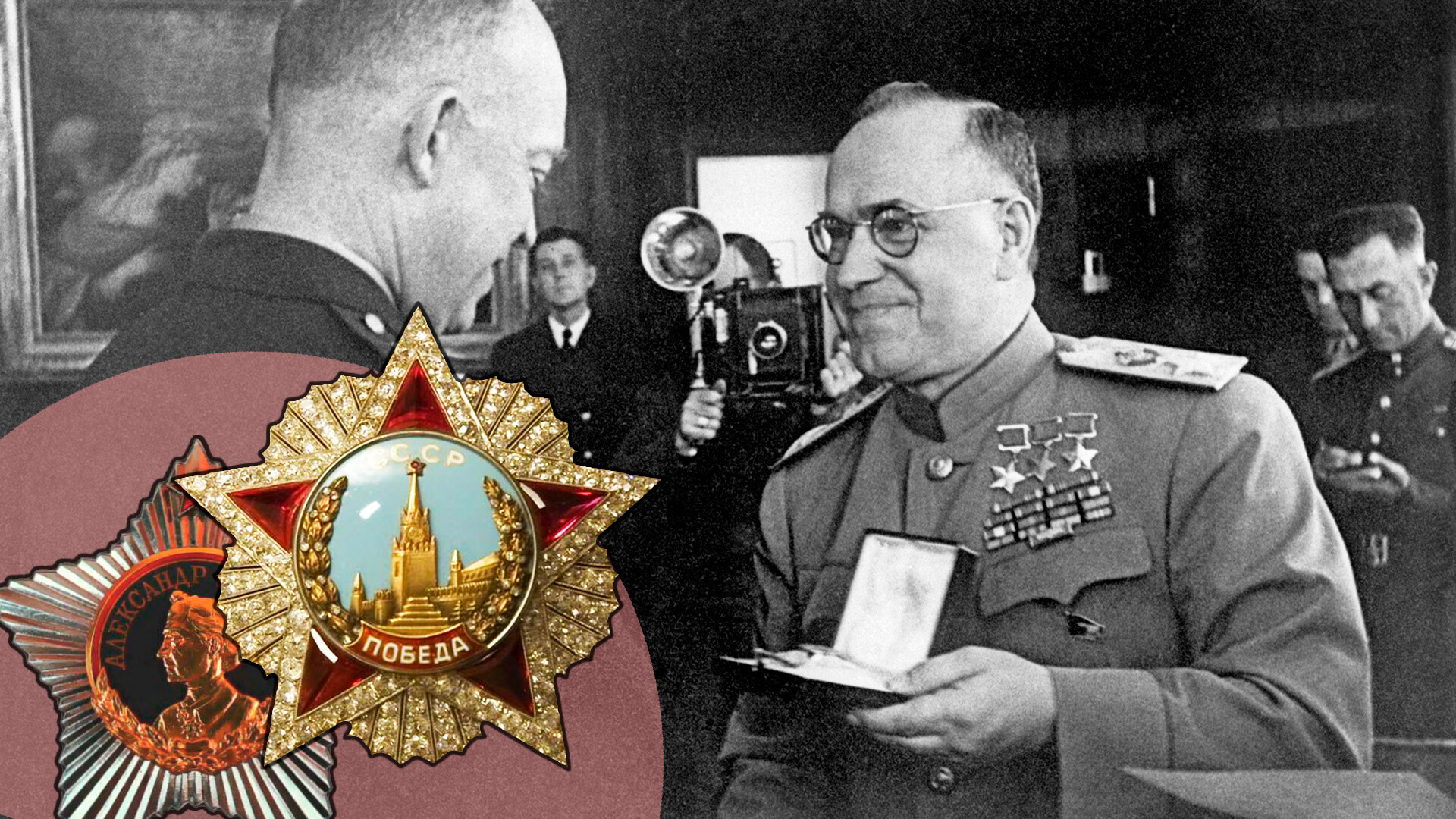 Russia Beyond; Sputnik
The most impressive and rare among the Soviet awards was the Order of Victory, decorated with 174 small diamonds. Only two of the seventeen of its recipients were top military commanders of the American and British armies. 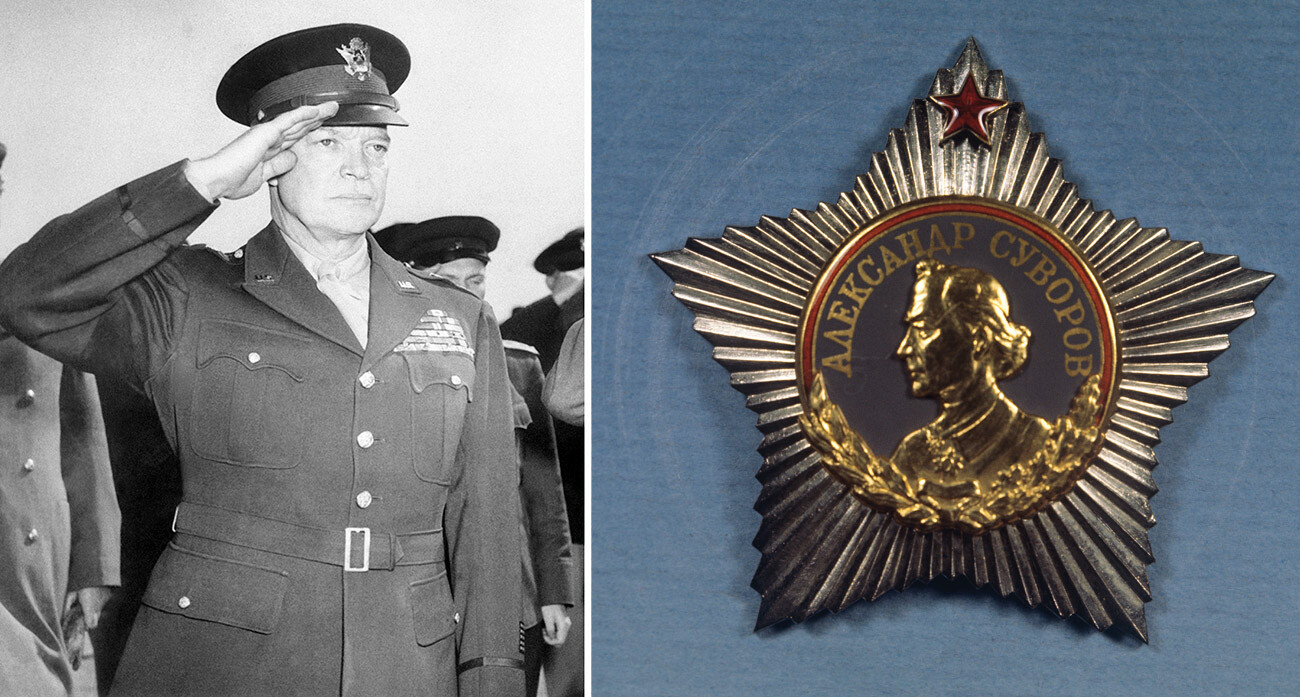 The Order of Suvorov was intended for Soviet military commanders whose determination and ingenuity in organizing and conducting operations helped achieve confident victory over the enemy. It was one of the most honorable decorations for the senior and top commanders of the Red Army.

The Order was established in honor of, perhaps, the best commander in Russian history - Alexander Vasilievich Suvorov. He commandeered about six dozen loud victories over the Turkish, French and Polish armies, while, at the same time, not suffering a single defeat! 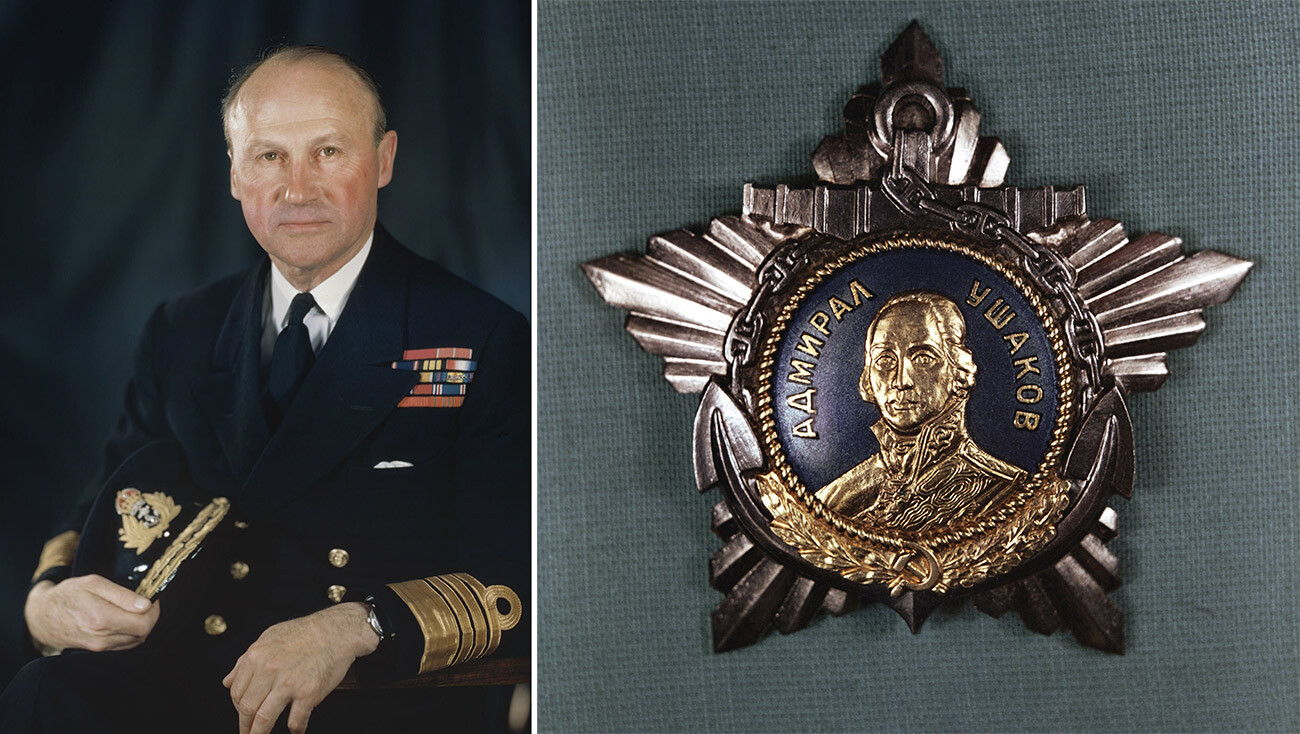 The order in honor of outstanding Russian naval commander Fyodor Fedorovich Ushakov was the “naval” counterpart of the Order of Suvorov, just as Ushakov himself was, essentially, the “naval” version of the commander. He also successfully defeated the Turks and the French without losing a single battle. Largely through his efforts, the Russian Empire significantly strengthened its positions on the Black and Mediterranean seas in the second half of the 18th century.

The Order of Ushakov was awarded to naval officers, who distinguished themselves in the preparation and conduct of military operations at sea, successfully accomplished the assigned combat mission, the consequence of which was the destruction of significant enemy forces.

Commander of the Order of Ushakov 1st degree became British Admiral Bertram Ramsay, who, in 1940, planned and led the operation to evacuate the British Expeditionary Force from Dunkirk and, in 1944, effectively led the Allied naval forces during the landing in Normandy. 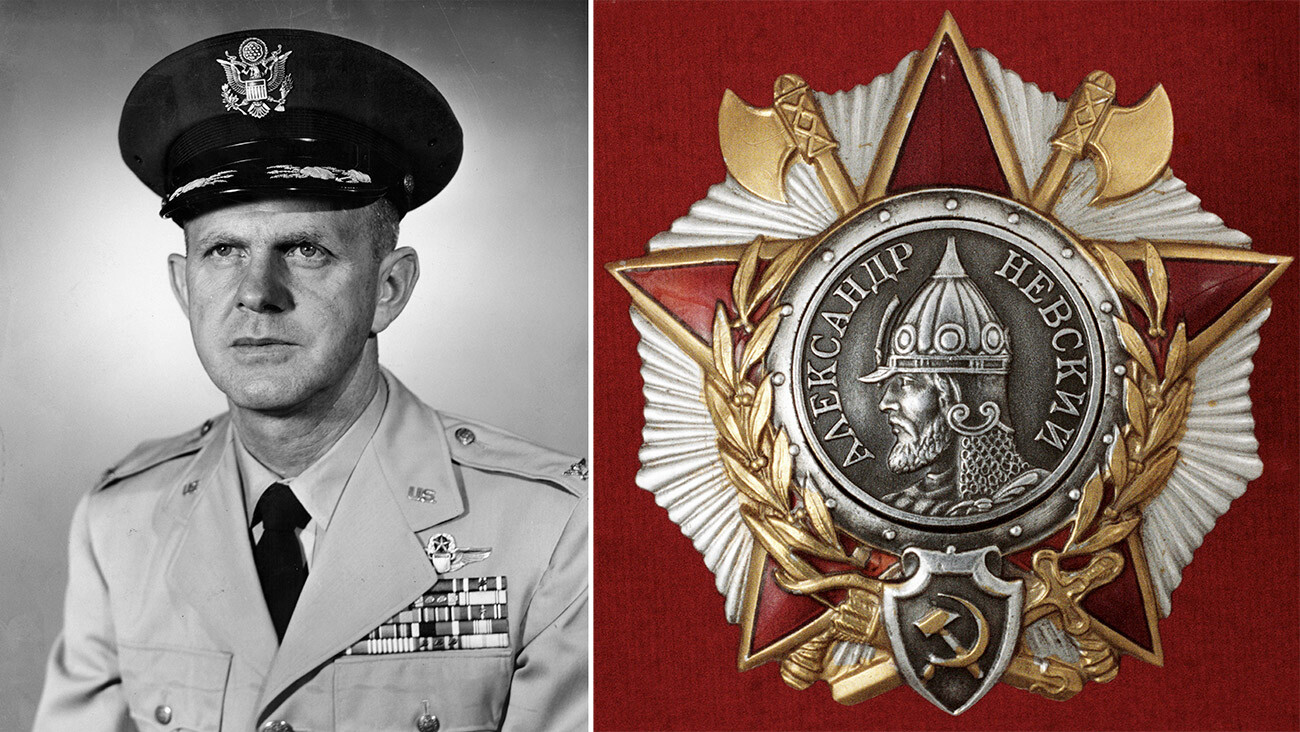 Established in honor of the prince who became famous for defending Russian lands against German crusaders in the 13th century, this Order was one of the most “combat” among Soviet awards. It was largely handed out not to the higher generals, but to the front-line officers for their courage and heroism on the battlefield.

The first American awarded the Order of Alexander Nevsky was Major William Leverett, who had seven German bombers shot down over the Mediterranean Sea. Later, he was joined by dozens of American and British lieutenants, captains and majors, who distinguished themselves during the liberation of Italy and France. Among the recipients of the Order were members of the higher commanding ranks, such as Royal Air Force Air Vice Marshal Donald Clifford Tyndall Bennett and U.S. Army General Horace McBride.

With this honorary award, the Soviet command also recognized the contribution to the overall victory of the French pilots of the Normandie-Niemen air regiment, which fought on the Eastern Front as part of the Red Army Air Force. Some of them had become recipients of the decoration as early as May 1945, while others were only awarded it on the twentieth anniversary of the end of World War II.

The Order of Victory

After the Red Army’s triumph at the Kursk Bulge in the summer of 1943, which marked a radical change in World War II, the Soviet leadership thought about establishing a special award for the most distinguished generals. Thus, the highest military decoration of the USSR, the aptly titled ‘Victory’ award appeared.

Decorated with gold, silver and 174 small diamonds, the order became a truly elite award. During its existence, only seventeen people were awarded it, including a number of Soviet marshals, Generalissimus Joseph Stalin, Marshal of Yugoslavia Josip Broz Tito and King Michael I of Romania.

Such an honorary award could not fail to mark the highest military commanders of the allied Western armies, as well. The Order of Victory was also awarded to General Dwight Eisenhower and Field Marshal Bernard Montgomery.