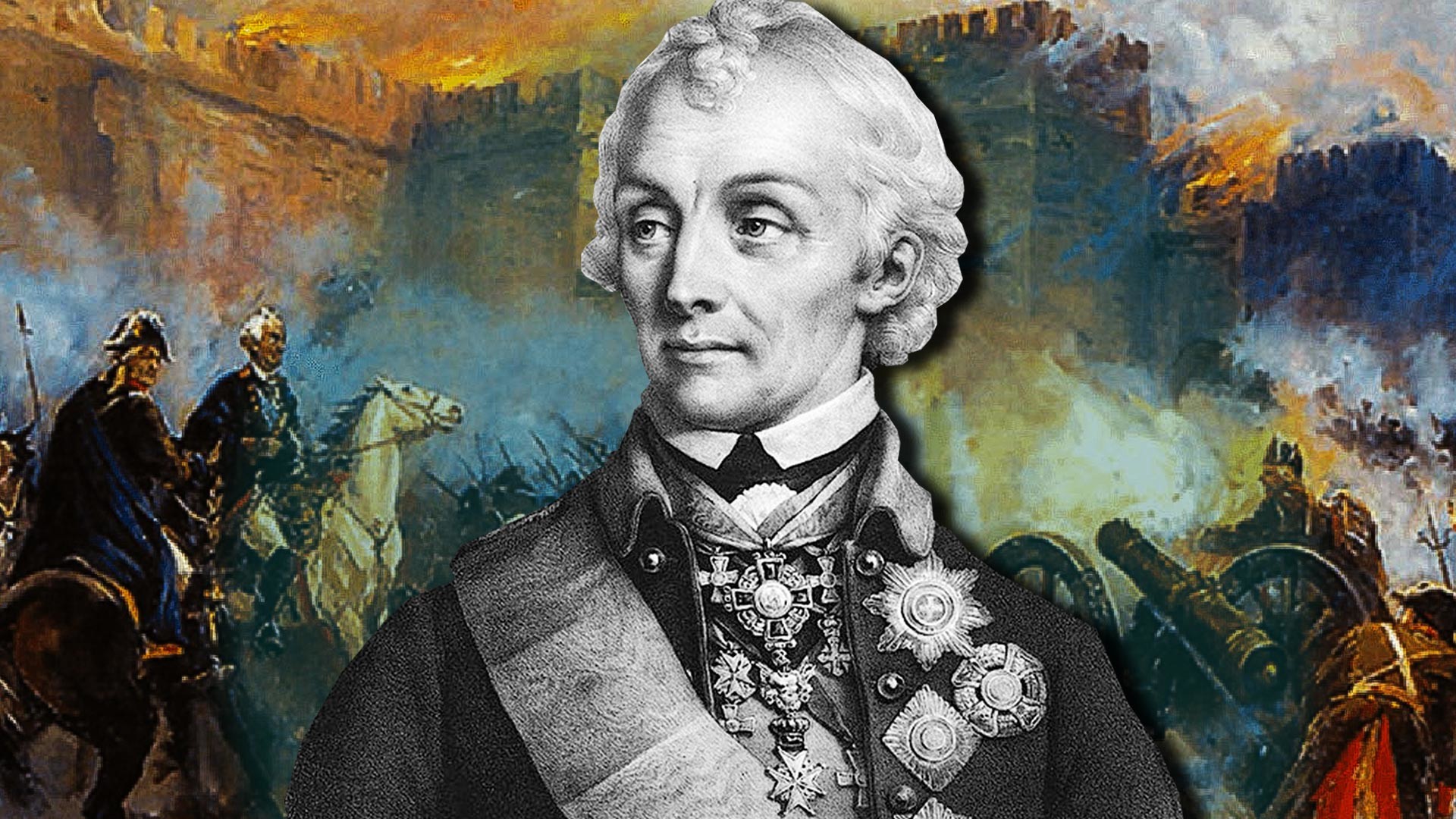 “No army in the world can resist the brave Russian grenadier,” Generalissimo Alexander Vasilyevich Suvorov, one of the most outstanding military leaders of the 18th century and the greatest military commander in Russian history, used to say. During his long life (1730-1800) he participated in seven big wars, won 60 battles and never lost a single one! 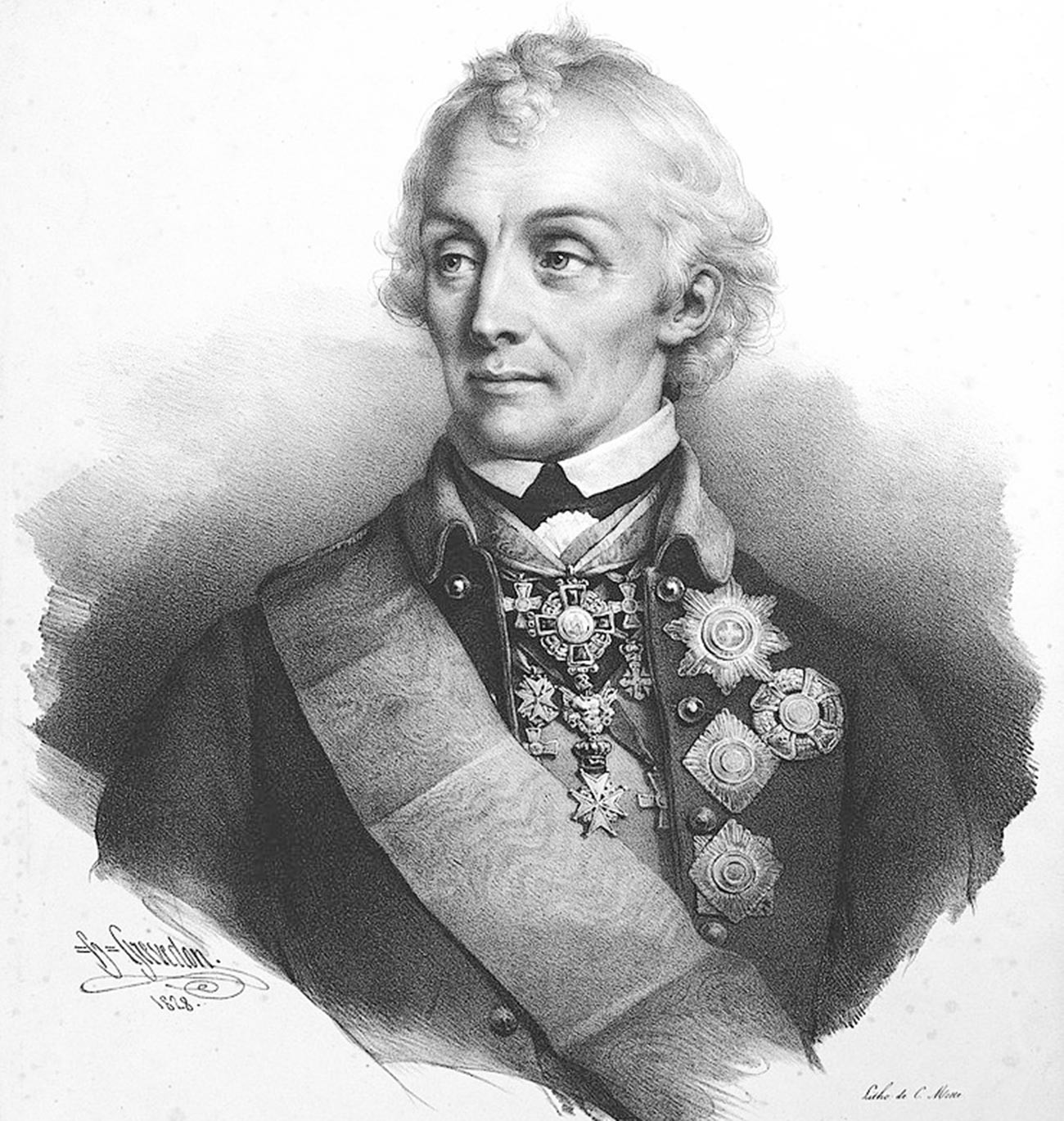 Suvorov stood in sharp contrast to other military commanders of the time, who preferred to act slowly and defensively and only attack when they had a numerical advantage. “Win with ability, not with numbers,” was his response to them. A volley from extremely hit-and-miss muskets or from pistols that were even less capable of hitting their target could inflict heavy damage only on slow-moving targets, the commander believed. Rather than exposing your army lines to enemy fire, sweep the enemy aside with a daring and swift bayonet charge, even if outnumbered. “The bullet is a fool, the bayonet a fine chap,” he used to say. 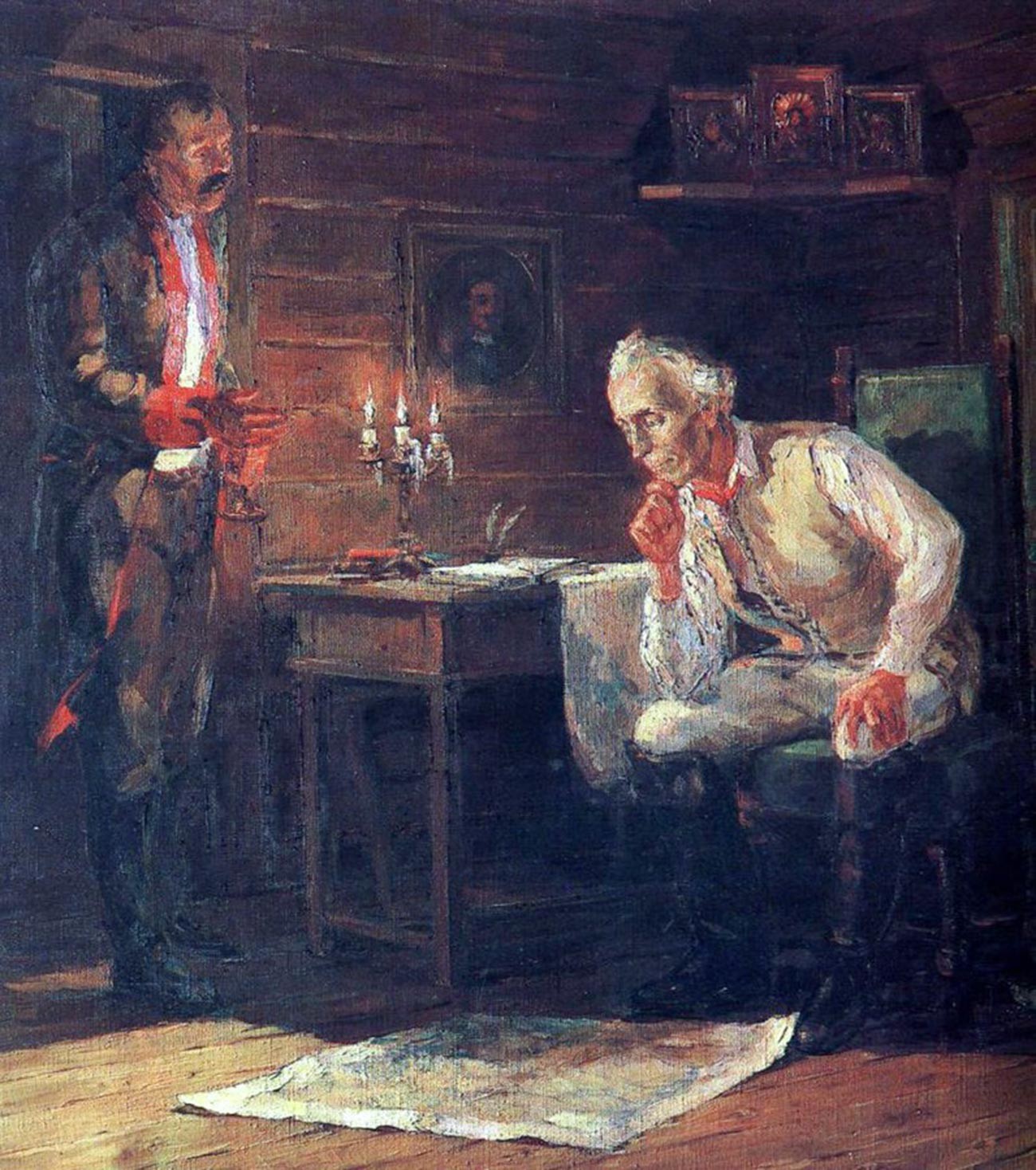 The Generalissimo professed the principle of the “three military arts”: judgement of eye, speed and attack. The judgement of the eye meant the ability to detect the weakest point of the enemy’s defenses and use it as the focal point of the main attack. Speed manifested itself in the swiftness with which decisions were taken and implemented, in tactical mobility on the battlefield and on marches: “Our tardiness will multiply the enemy’s strength. Speed and surprise will perturb and defeat the enemy.” And attack meant consistent and coordinated actions by well-trained units capable of working together to ensure victory. “In two lines is strength; in three half as much again; the first breaks [the enemy lines], the second smashes them and the third finishes them off.” 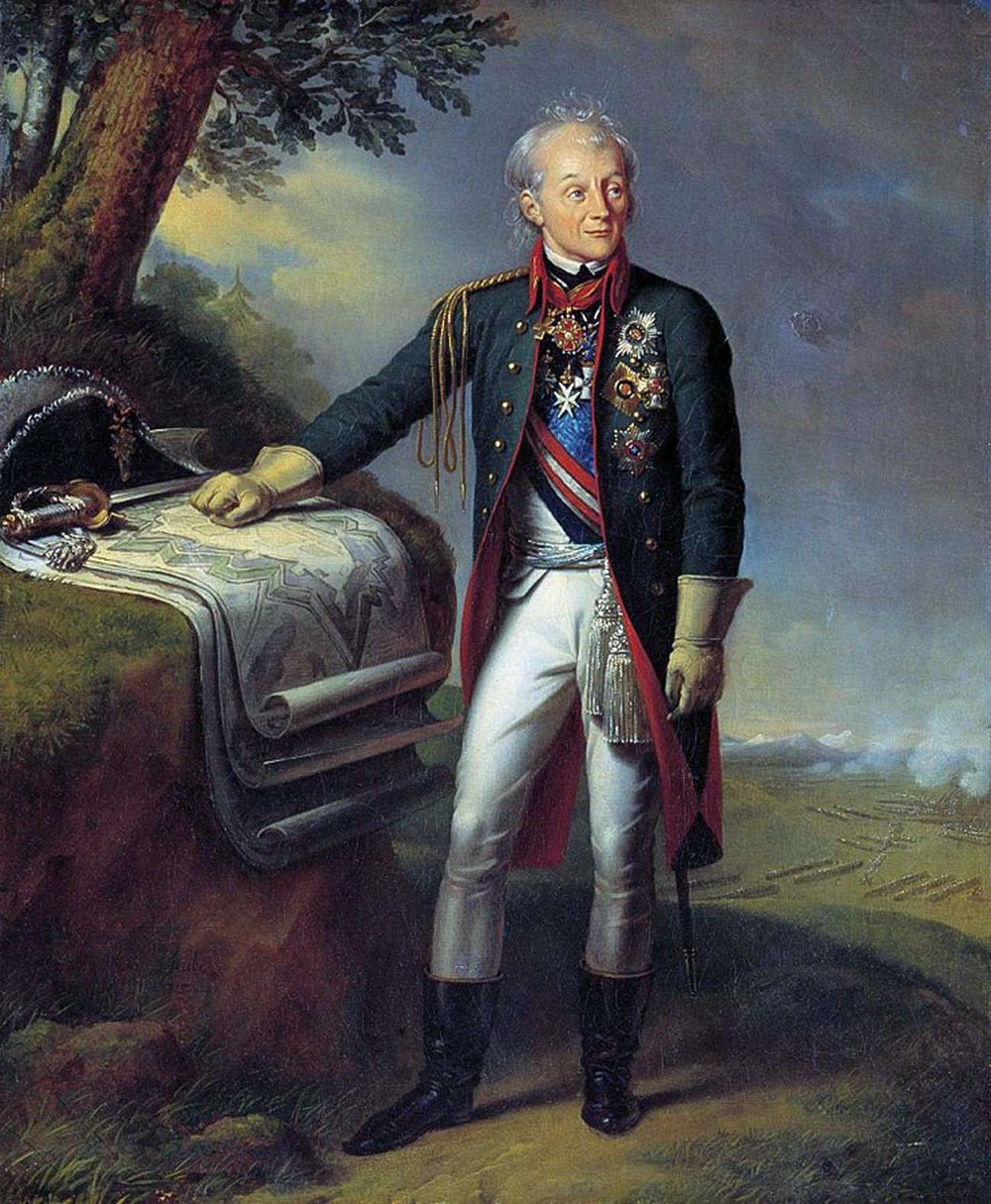 All three military arts were successfully applied by Suvorov in battles against the Turks, Polish insurgents and the French. On many occasions, although outnumbered by the enemy (as in the Battle of Kozludzha in 1774 or the Battle of Focșani in 1789), he achieved victory thanks to his determination and boldness. 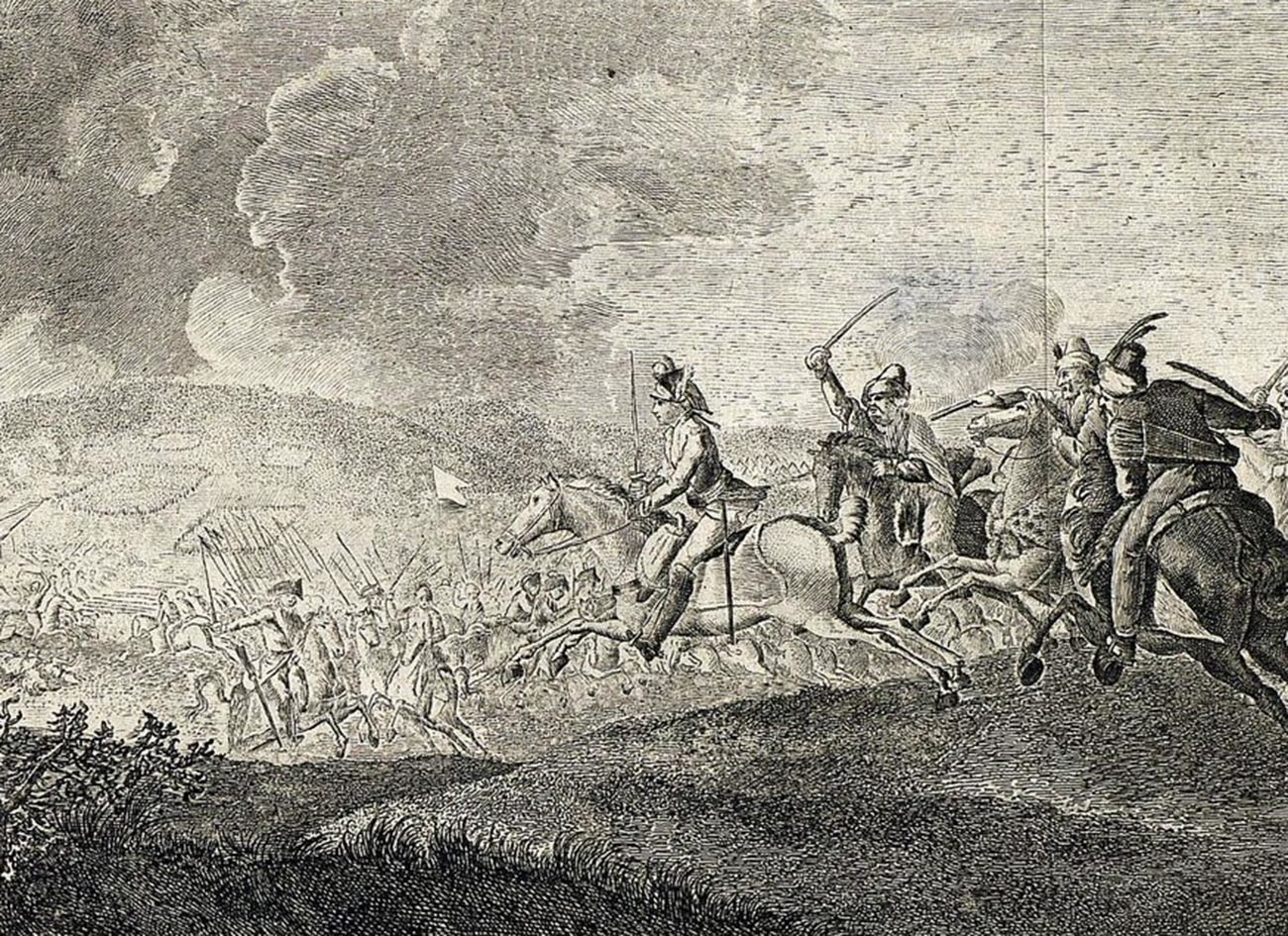 It was not Alexander Vasilyevich’s custom to hide behind his soldiers (“Death flees from the bayonet and saber of the brave”) and this almost cost him his life in the Battle of Kinburn in 1787. Grenadier Ivan Novikov rescued Suvorov from the Janissaries after the commander was wounded by a canister shot. 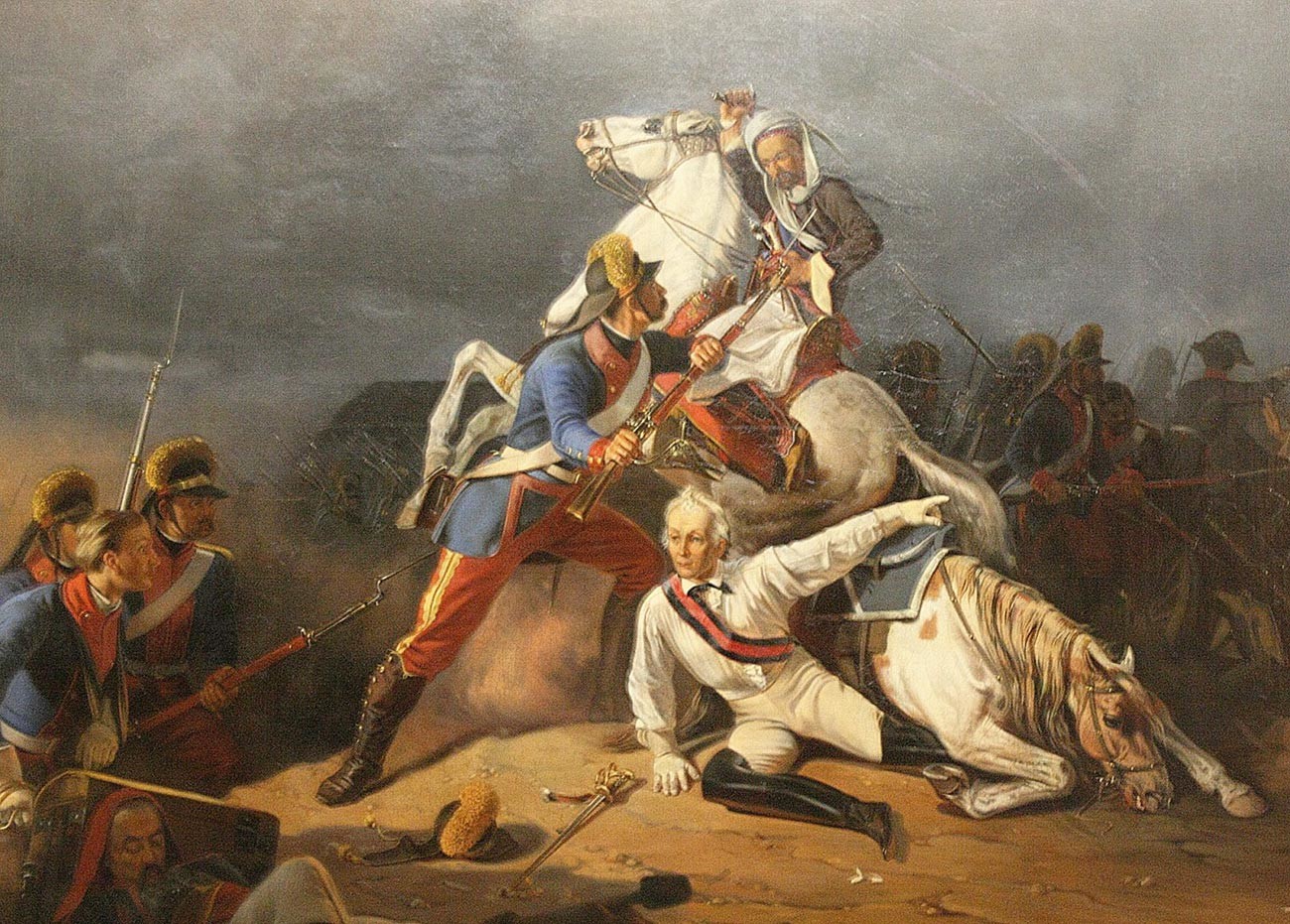 Grenadier Novikov rescues Suvorov in the battle on the Kinburn spit.

The Battle by the River Rymnik in 1789 was the military commander’s real triumph. Suvorov could only put up 7,000 Russian and 18,000 allied Austrian troops against a 100,000-strong Turkish army. Banking on surprise and speed, early in the morning of September 22, Alexander Vasilyevich secretly crossed the river, crushed the enemy’s forward detachments and struck at the flank of the main Turkish army. The enemy camp, taken by surprise, was attacked with cavalry, causing panic among the Turks, and then the infantry finished the job. As a result, the enemy lost about 20,000, while the allied losses were estimated to be just 500. For his courage and decisiveness, the Austrians nicknamed Suvorov ‘General Forwards’. 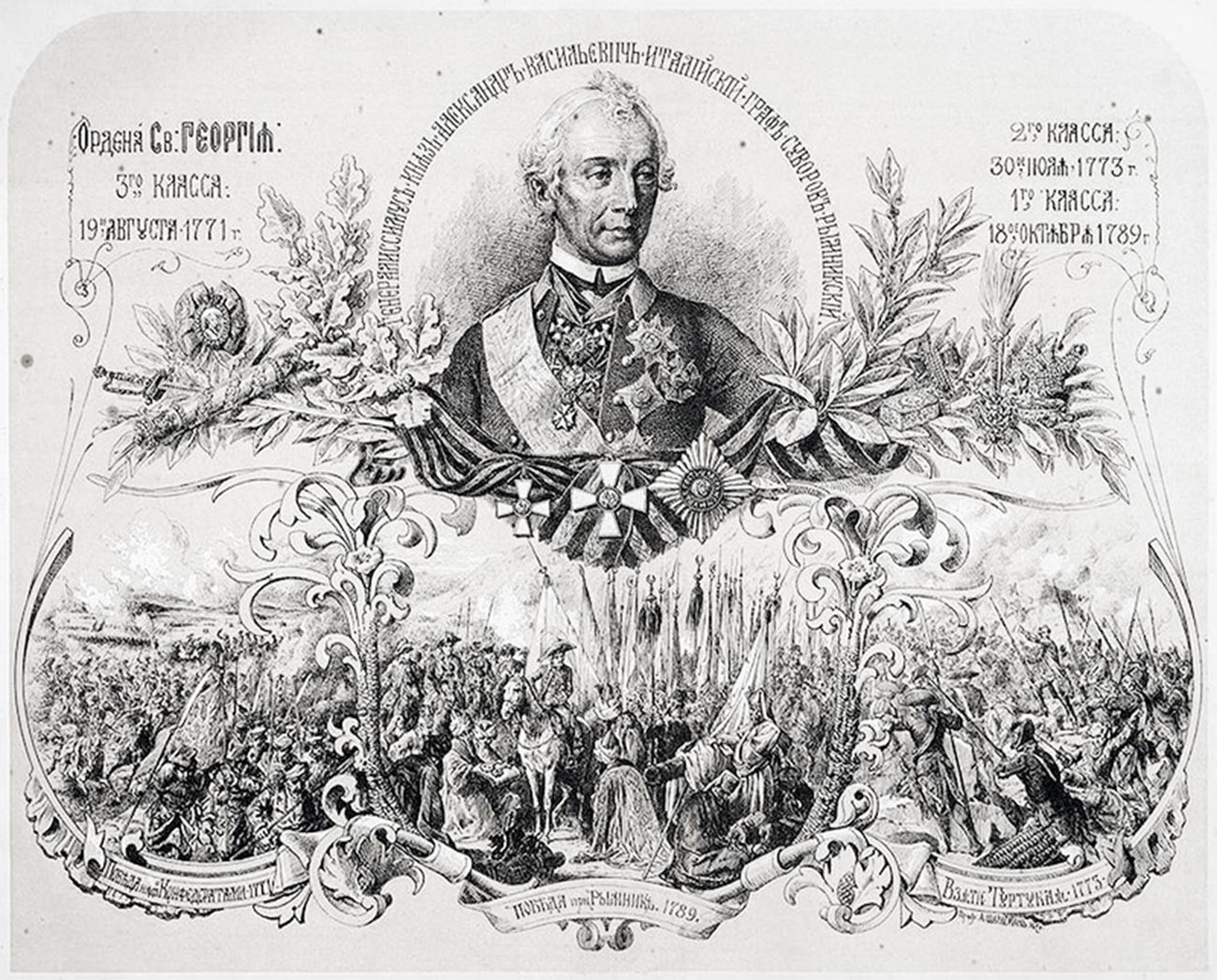 Alexander Suvorov and the Battle by the River Rymnik.

On December 22, 1790, Alexander Suvorov achieved the almost impossible. His troops took the reputedly impregnable Turkish fortress of Izmail on the Black Sea coast. The commander decided that the key to success should lie in a thoroughly-prepared assault. Not far from Izmail, earthen and wooden fortifications imitating the ditch and walls of the fortress were built and where soldiers were constantly trained. The weak point of Aydoslu Mehmed Pasha’s garrison was the fact that the number of irregulars in it exceeded the regular troops. Suvorov banked on the professionalism, experience and fortitude of his soldiers and he was proved right: The fortress fell. The enemy lost up to 26,000, while the Russian army’s losses were just under 2,000. ‘One could decide to storm such a fortress only once in a lifetime,” Alexander Vasilyevich would later say. 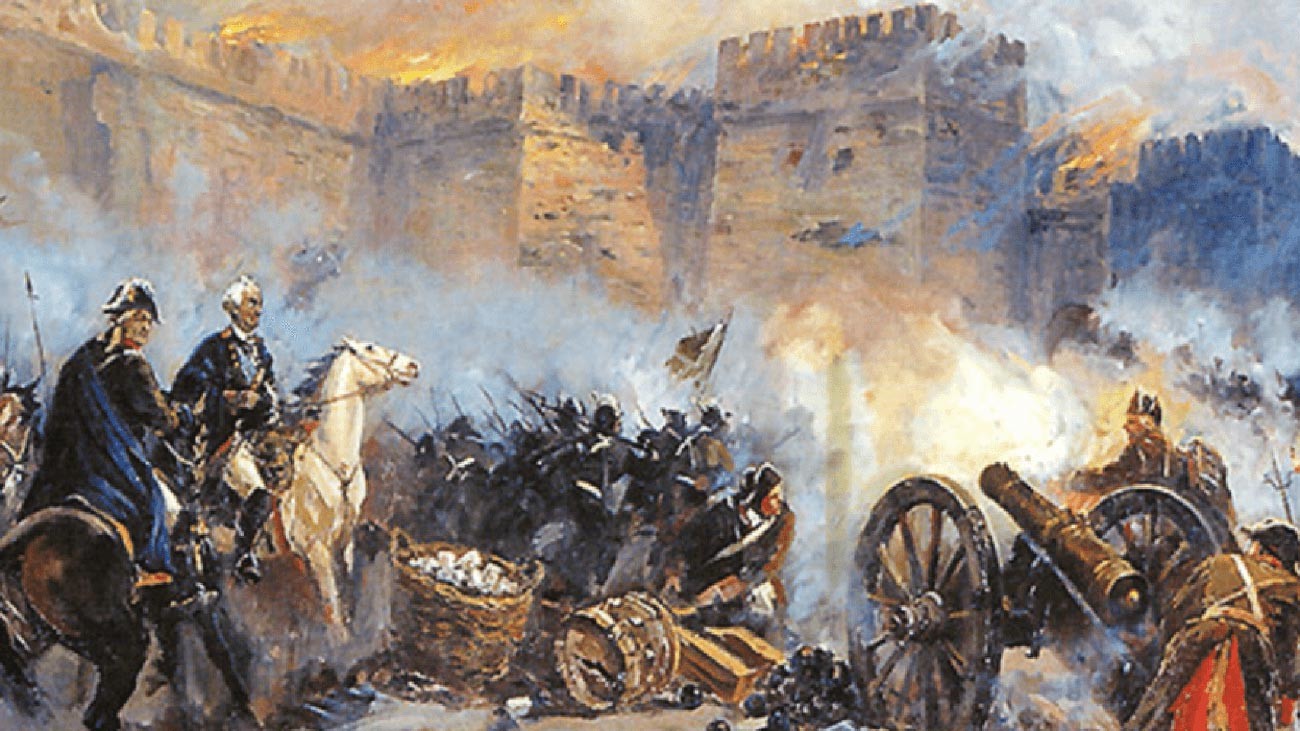 On November 4, 1794, during the suppression of the Polish Uprising led by Tadeusz Kościuszko, Suvorov’s troops stormed the Praga suburb of Warsaw, as a result of which around 12,000 Polish soldiers and townspeople were killed. “At five in the morning, we went on the attack and, at nine o’clock, the Polish army that had been defending Praga and Praga itself along with its inhabitants were no more… In the course of four hours, a terrible revenge was exacted for the carnage our own men had sustained in Warsaw!” recalled General Ivan von Klügen, referring to the so-called Warsaw Matins of April 17, 1794. This was when, at the start of the uprising, the residents of the city had suddenly attacked and killed a large part of the Russian garrison during morning service in the run-up to Easter. For all that, just before the storming of Praga, Suvorov invited the townspeople immediately to flee to the Russian camp (which led to many people being saved), while giving his own troops the following order: “Do not enter houses; enemies asking for mercy are to be spared; do not kill the unarmed; do not fight women; do not touch children.” Warsaw itself capitulated on November 9 without a fight. 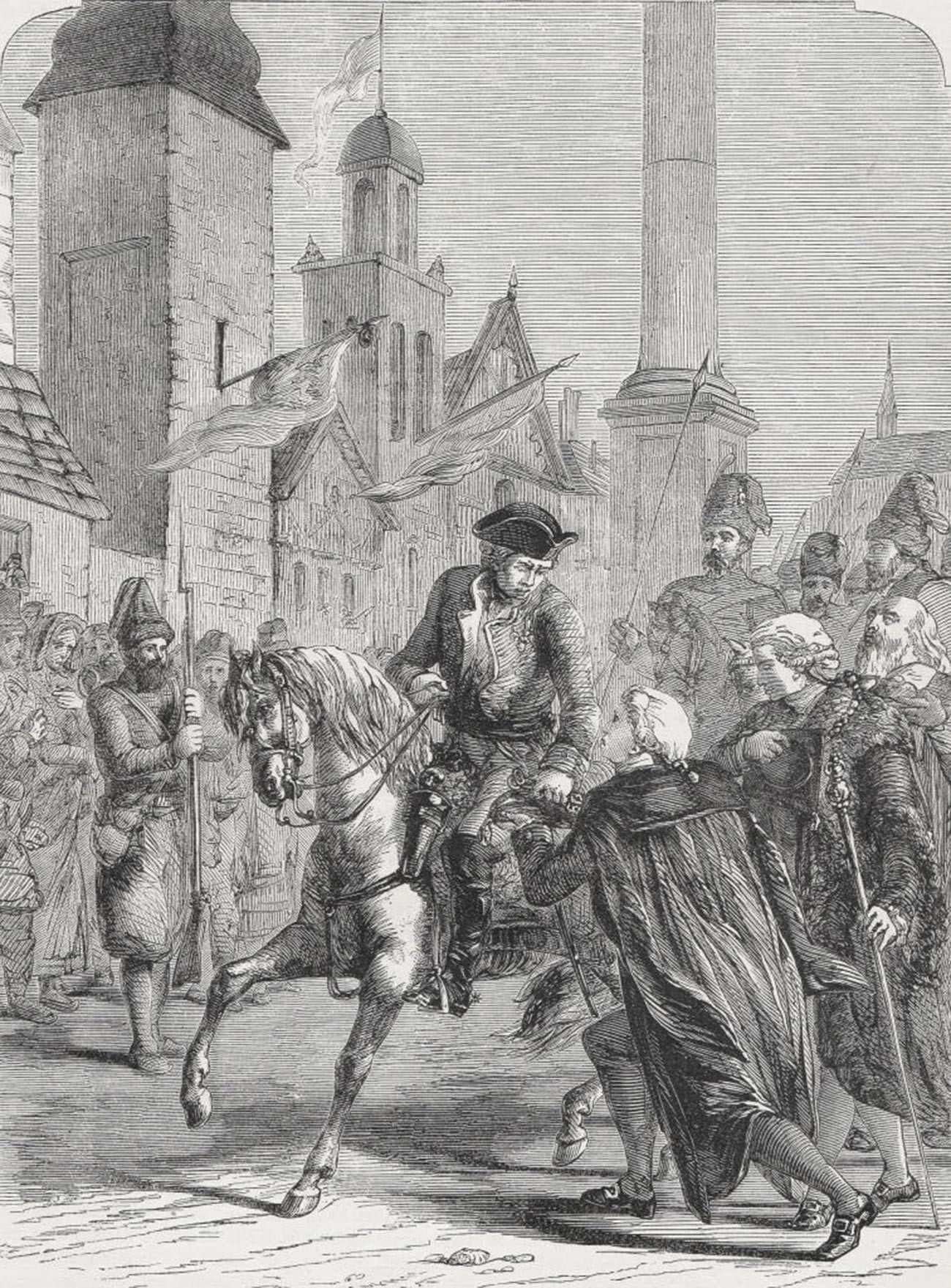 Catherine II showered Suvorov with ranks and honors, but Paul I, who succeeded her to the throne in 1796, was not as favorably disposed to the commander. Used to the simple army life, Alexander Vasilyevich was sharply critical of the Prussian army ways introduced by the Emperor - the plaiting and powdering of hair and constant drill sessions, reviews and parades. “Hair powder isn’t gunpowder, a ringlet isn’t a gun, a plait is no cutlass and I’m not Prussian, but a natural-born Russian,” he once said and was soon exiled to his estate. 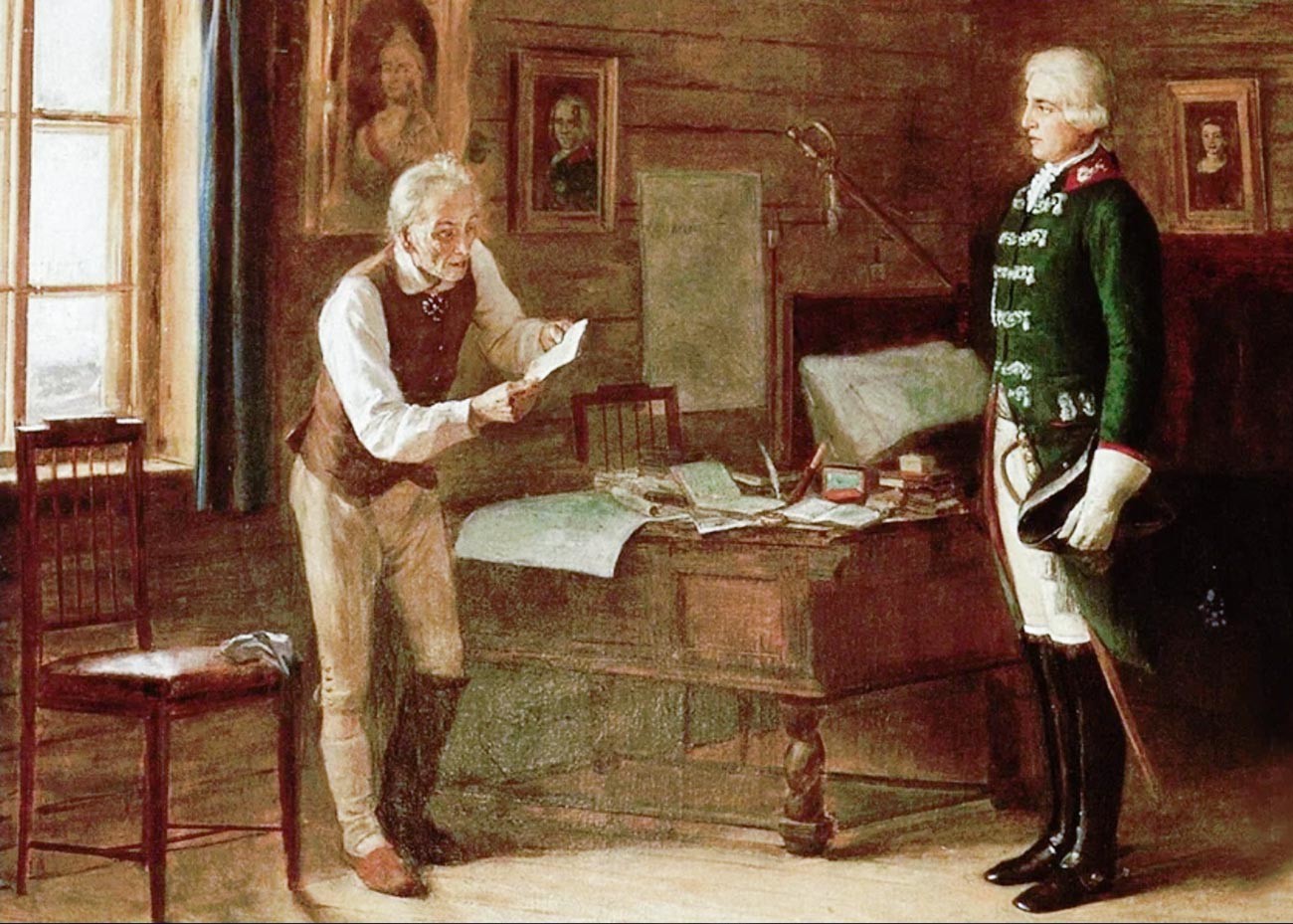 With the formation of the Second Coalition against the French in early 1799, however, the allies asked the Russian ruler to send Suvorov to enemy-occupied Italy at the head of allied troops. Within a short space of time, the French sustained crushing defeats at the hands of ‘General Forwards’ in battles on the rivers Adda and Trebbia, so the whole region was occupied by the allied Austrian army. 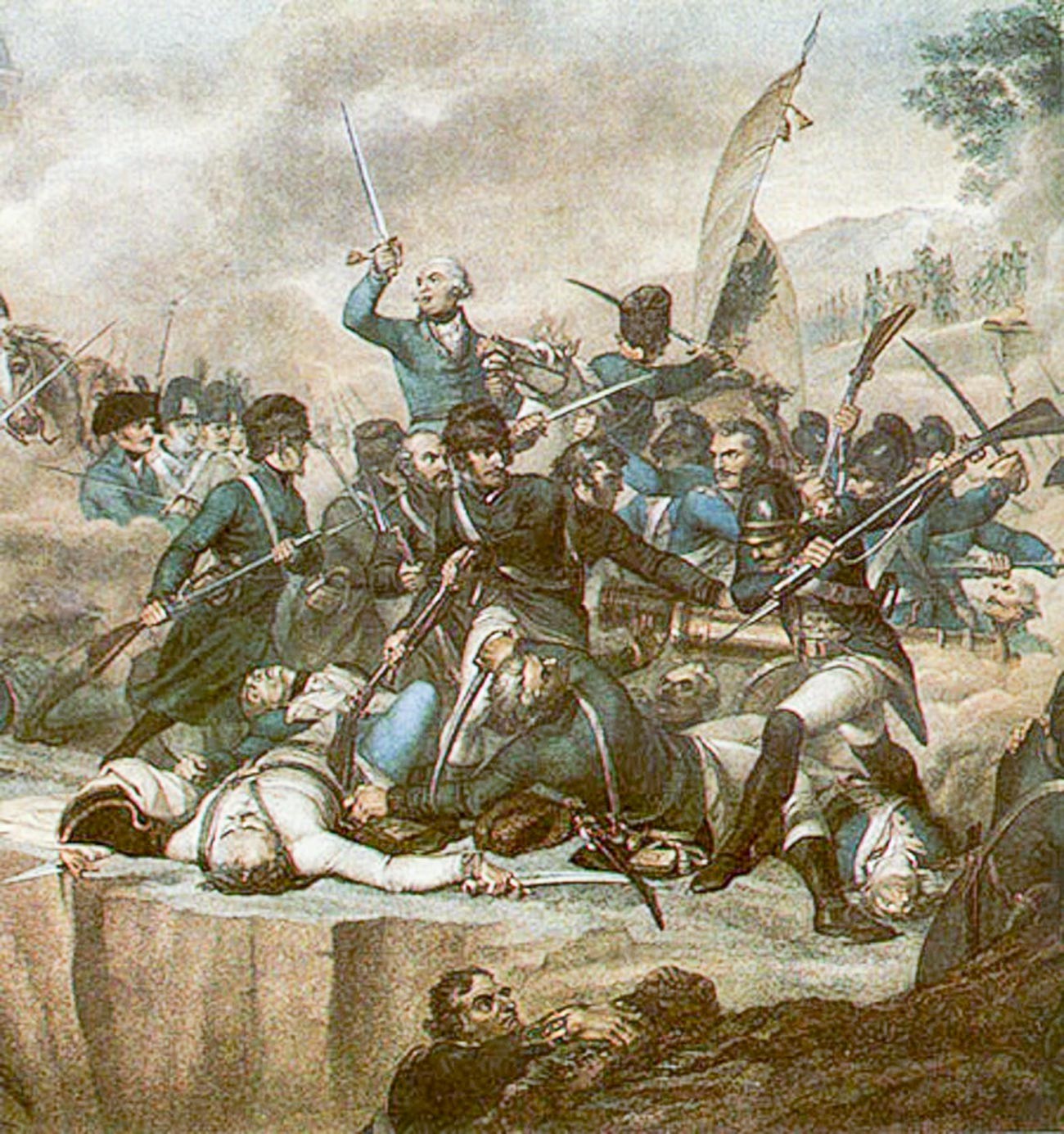 The Italian campaign was followed by the Swiss campaign, which, as it turned out, proved to be the elderly commander’s last. In the course of several weeks, while coming under constant attack from superior enemy forces, Suvorov’s troops fought their way across the Alps, smashing General André Masséna in the Mutten (Muota) Valley along the way. Alexander Vasilyevich managed to preserve his weary army, breaking out of the encirclement in which it had found itself and leading it to the Austrian border. “In conquering the enemies of the Fatherland everywhere and through the whole of your life, there was one thing you had not achieved - victory over nature itself, but now you have gained the upper hand over nature, too,” a delighted Paul I said in a message to Suvorov and ordered the highest military rank - that of Generalissimo - to be bestowed on him. 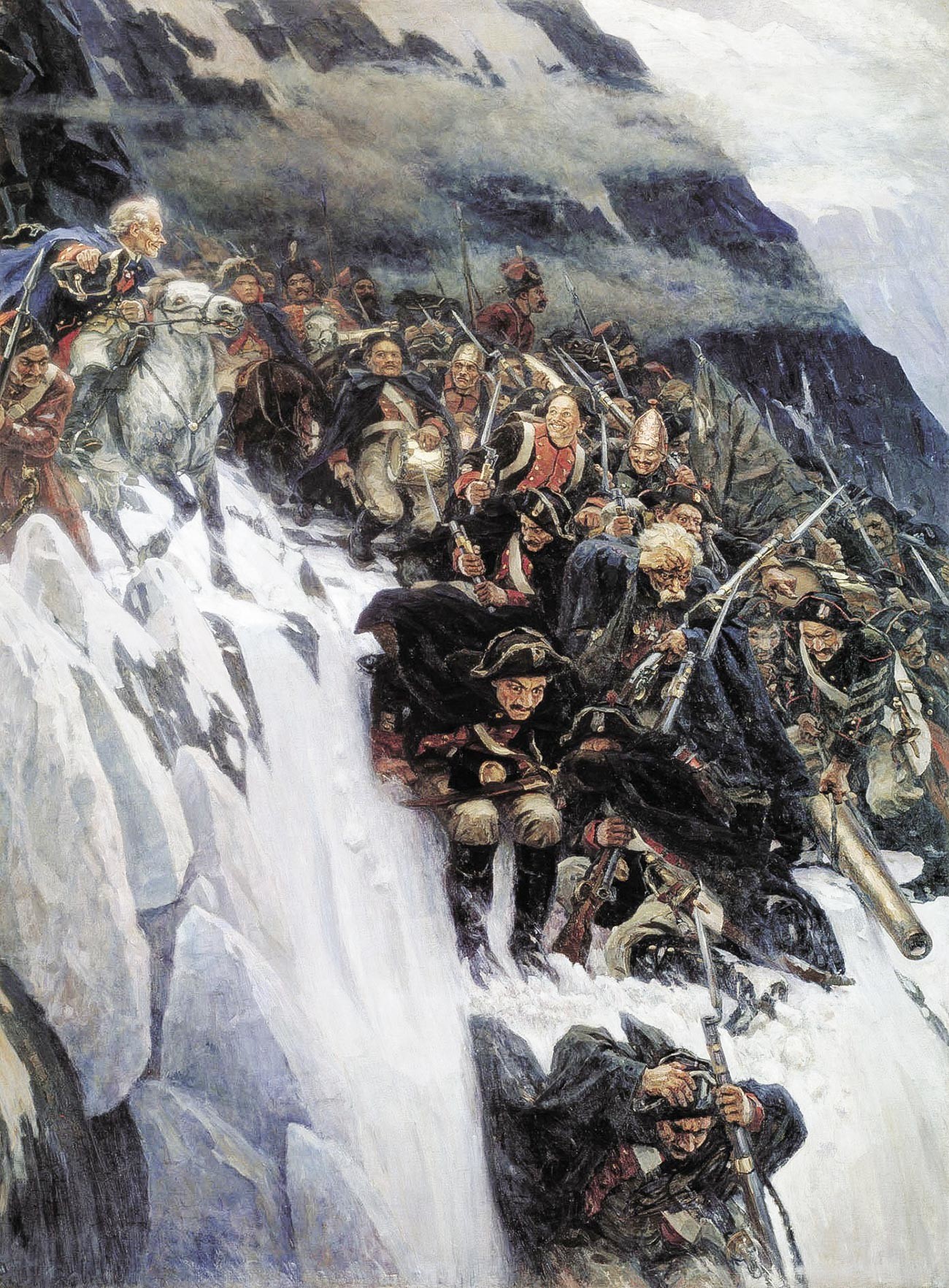 Suvorov crossing the Alps in 1799.

Suvorov’s name resonated throughout Europe. He was admired by enemies and allies alike. The famous British naval commander Horatio Nelson, who would go on to destroy the French fleet in the Battle of Trafalgar in 1805, wrote to the Generalissimo as follows: “I am being overwhelmed with honors, but I was today found worthy of the greatest of them all: I was told that I was like you.” 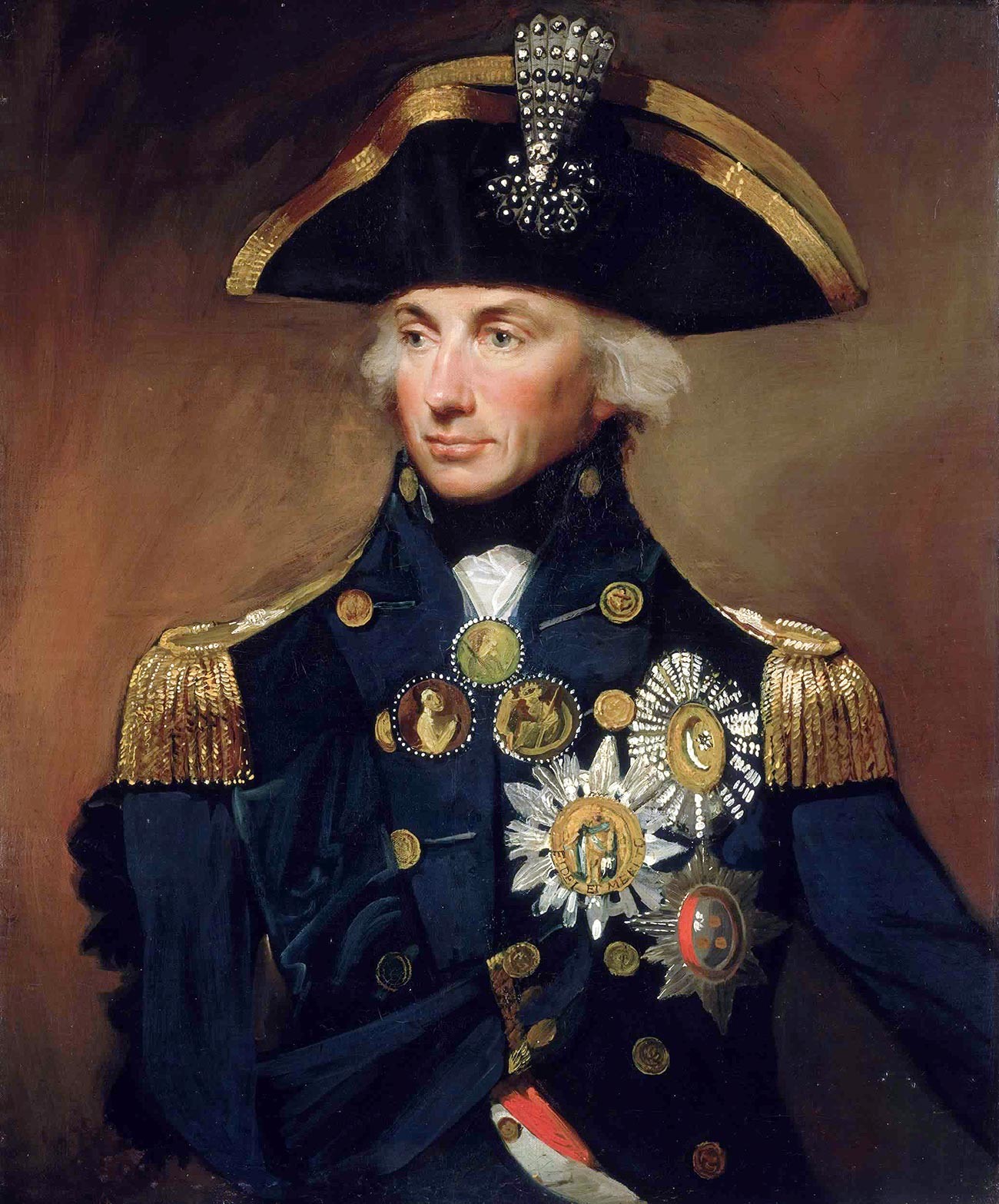 The two supreme commanders of the era - Napoleon Bonaparte and Alexander Suvorov - undoubtedly knew about each other. “He is a hero, he is a spectacular warrior, he is a magician!” is how the Generalissimo described the French commander in a letter to his nephew. “He vanquishes both nature and men… He has cut the Gordian knot of tactics. Unperturbed by numbers, he attacks his adversaries everywhere and smashes them totally. He knows the invincible power of pressing home an attack.” Bonaparte, for his part, was much more reticent in his praise, asserting that Suvorov had the heart but not the mind of a good commander. There was no opportunity to discover which of the two was the more accomplished in the art of warfare - they never faced each other on the battlefield. 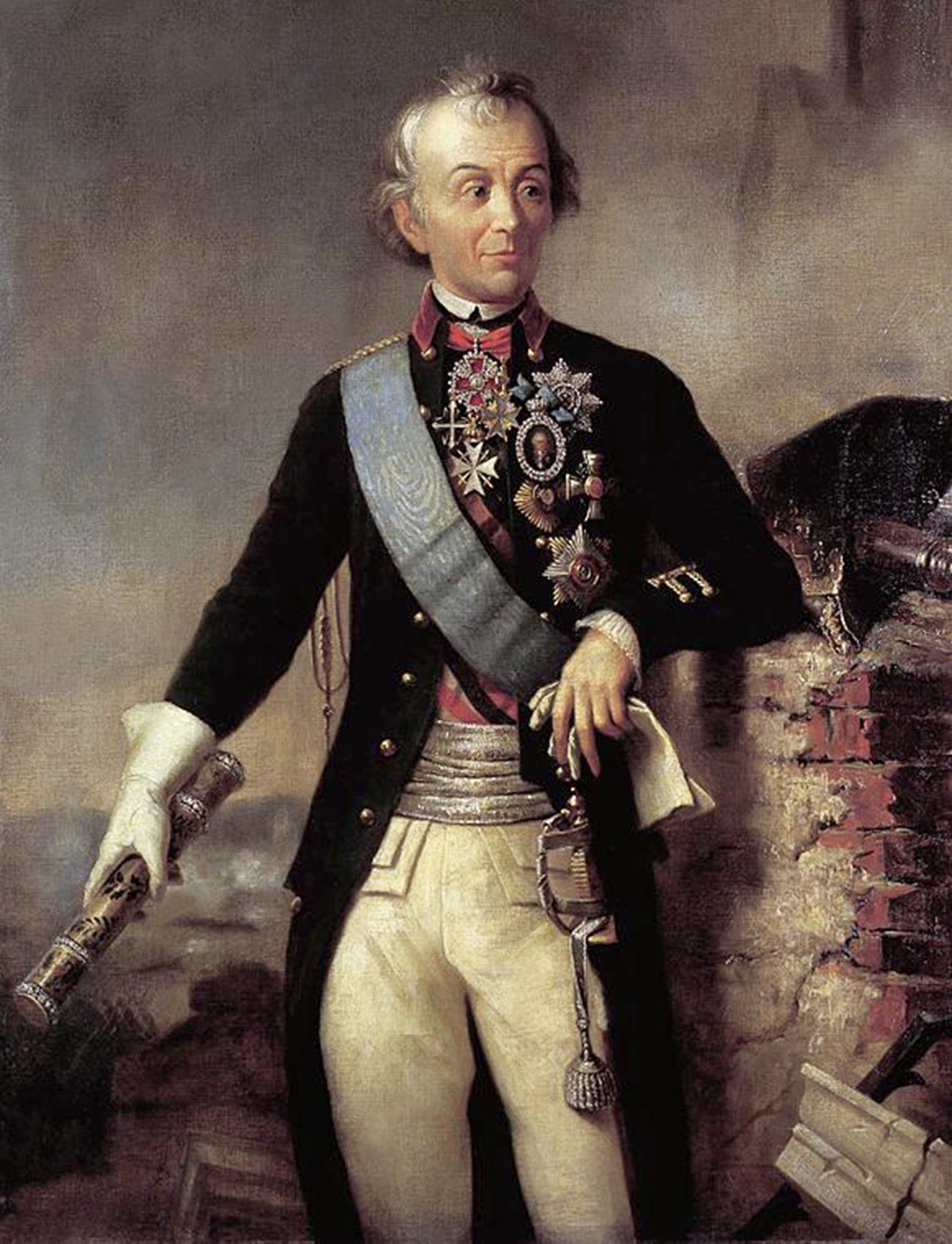