3 Russian military men who only knew how to win 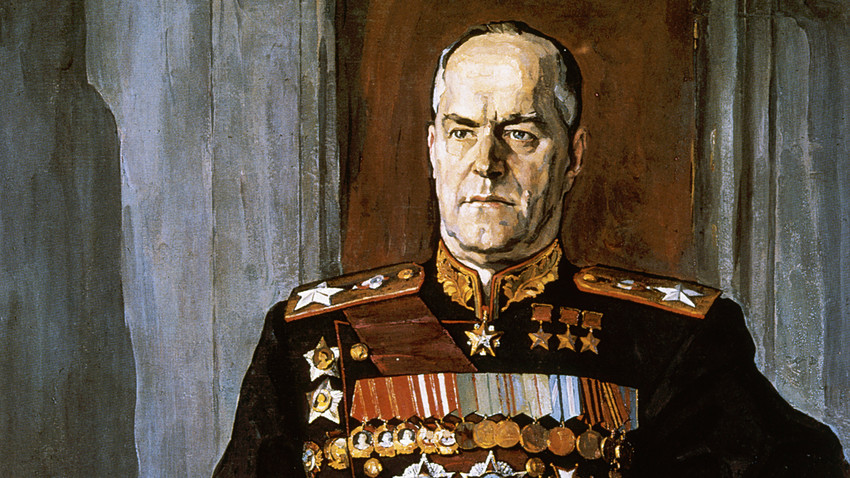 Vladimir Boiko/Global Look Press
Russia has fought many decisive battles throughout history, and has born a number of brilliant military leaders. Here are 3 of the finest.

Alexander Suvorov never lost a single battle during his long military career. Out of 60 or so victories, the most difficult was probably the 1790 siege of Fortress in Turkey.

It was during War and Izmail Fortress on the Danube held a key strategic position. It was well fortified: it had high walls and a 10-meter deep ditch. Its garrison consisted of about 35,000 soldiers (half of whom were janissaries, Turkish elite troops) while Suvorov had roughly 31,000 soldiers at his disposal 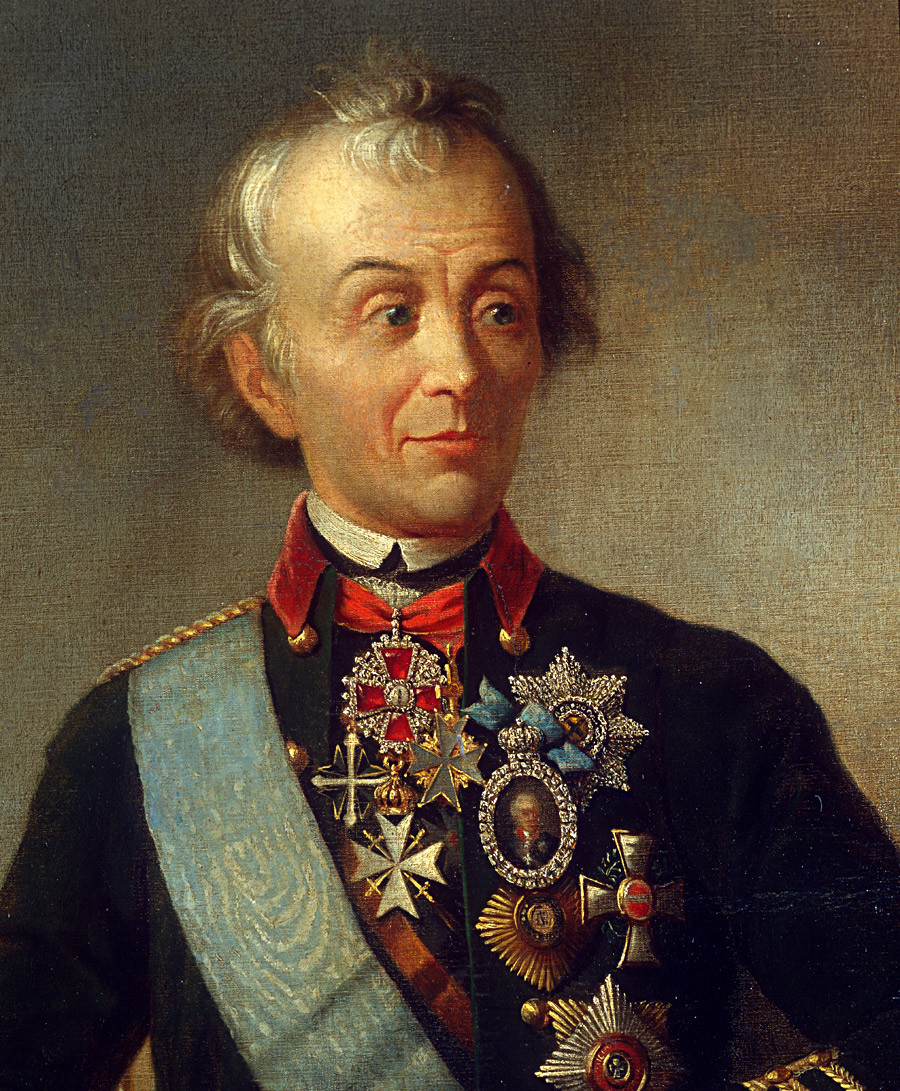 , the imbalance of forces didn’t seem to bother Suvorov. He sent a bold message to the Turks: “You have 24 hours for deliberations and then – freedom. My first shot means captivity. The assault – death.” The response of the city’s chief of defense was equally brazen: “It’s more likely that the Danube will start flowing backward and the sun on the Earth than Izmail surrenders.”

Suvorov trained his soldiers to overcome ditches and walls for six days and then attacked the fortress before dawn from three directions. The Turks were somewhat disoriented by this move, they didn’t expect a strike from a trio of angles. The battle was fierce, as the Turks defended the city vehemently. However, in the morning the Russians took the external fortification and entered the city. Fighting in the streets turned into a bloodbath.

“There was shooting from every building...Not only men fought but also women who attacked the Russians with daggers in their hands, as if they were desperately looking for death…Burning roofs fell…Several thousand horses escaped from the burning stables and were madly dashing in the streets increasing the chaos,” wrote one 19th century Russian historian about the epic battle(link in Russian). 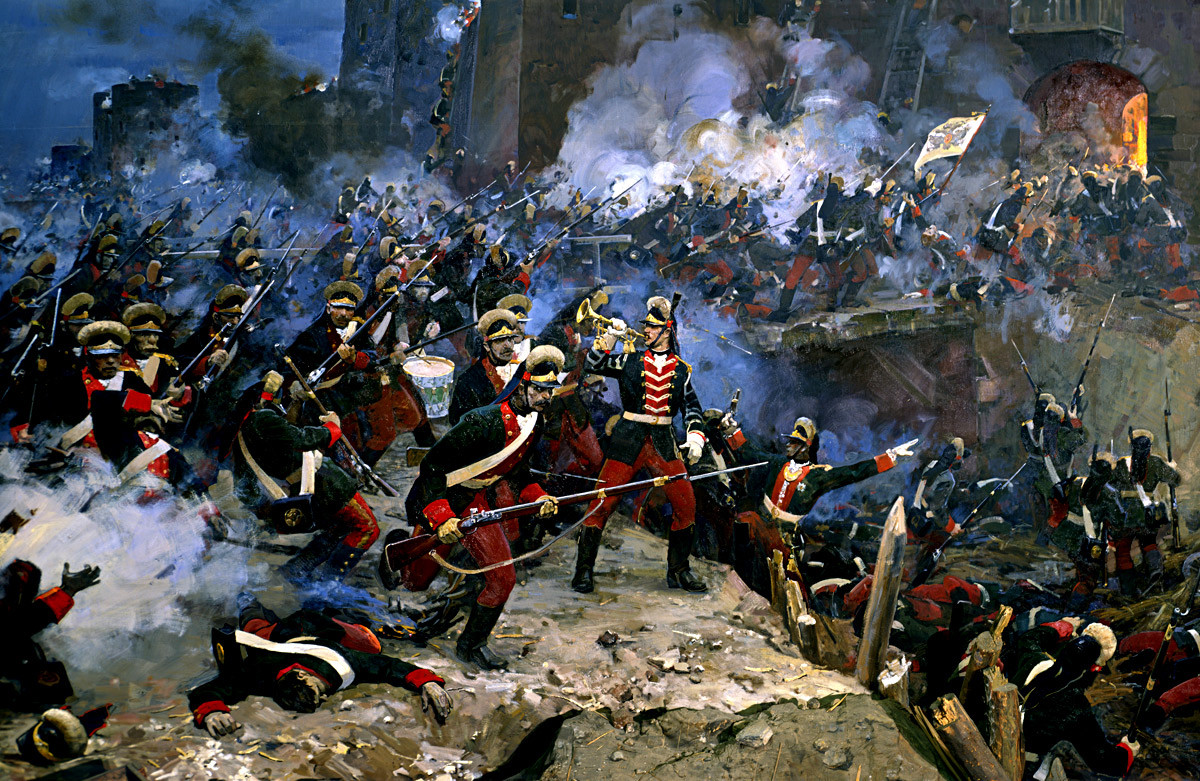 By the fortress fell. The Turks lost 26,000 people while 9,000 were taken . The Russian side lost around 2,200 soldiers. Years later, Suvorov confessed that “one could only dare to attack such a fortress once in a lifetime.”

Another Russian military leader, 18th-century naval commander Fyodor Ushakov, did not lose a single battle either. He could also claim that under his supervision no vessel was lost and no sailor under his command was taken . 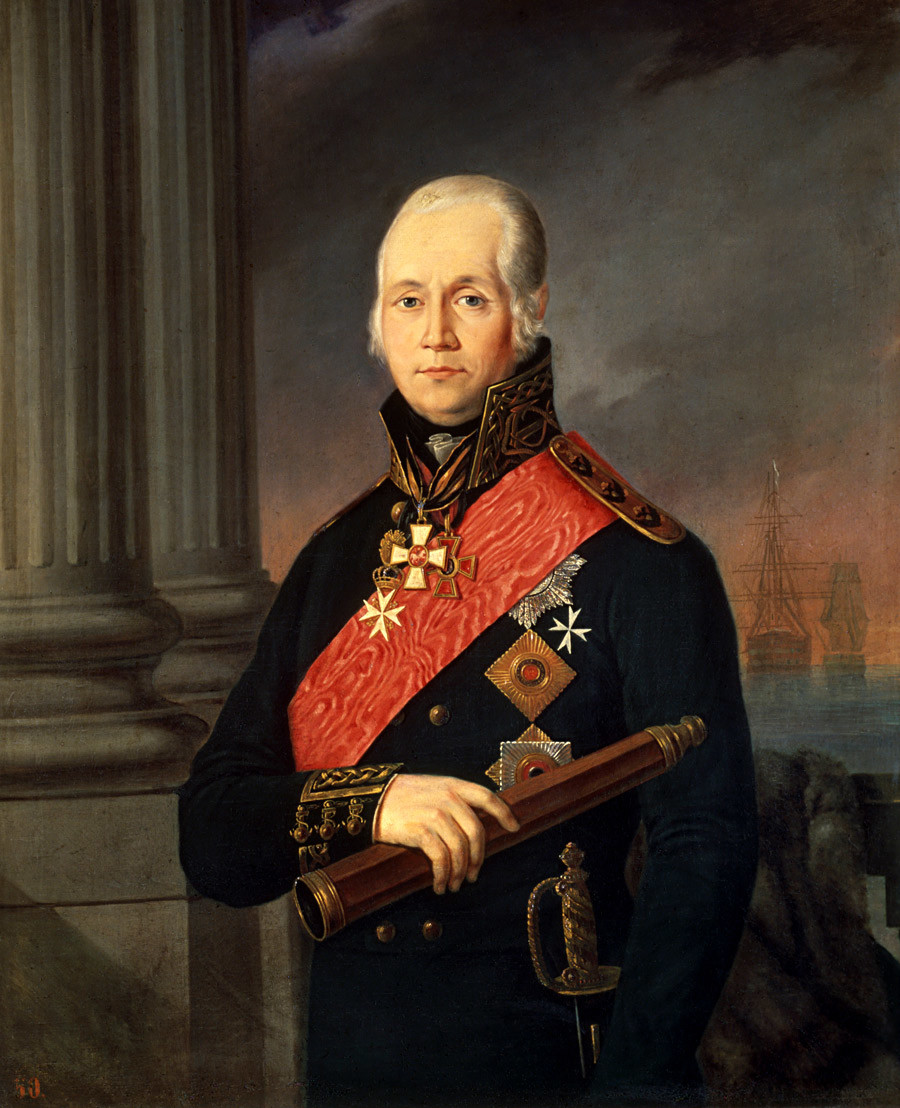 During most of his battles, Ushakov fought against Turks in the south of Russia. Unlike traditionally strong Russian ground forces, the Black Sea fleet was still being developed at the end of the century and on paper was no match for its Turkish counterpart, so it avoided decisive battles with the Turks. However, this all changed when in March 1790 Ushakov was put in charge. He placed a special emphasis on training and broke with the existing rigid tradition of sea battles, supporting more flexible and innovative approaches that allowed ships to actively maneuver during combat.

This innovative approach bore fruit during the Battle of Tendra (off the coast of Bulgaria) in September 1790. The Ottoman fleet was bigger: 14 battleships against the 10 under Ushakov’s command. Nevertheless, Ushakov chose to attack, concentrating cannon fire on the main Turkish vessels. The Turks could not hold out and in panic. “Our fleet was chasing and beating the enemy all the way back,” reported Ushakov later. The pursuit lasted for two days. The Russians managed to sink the enemy’s flagship and capture another battleship. Overall, the Turks lost six vessels and more than 2,000 of their soldiers. Russian losses were 21 killed and 25 wounded. 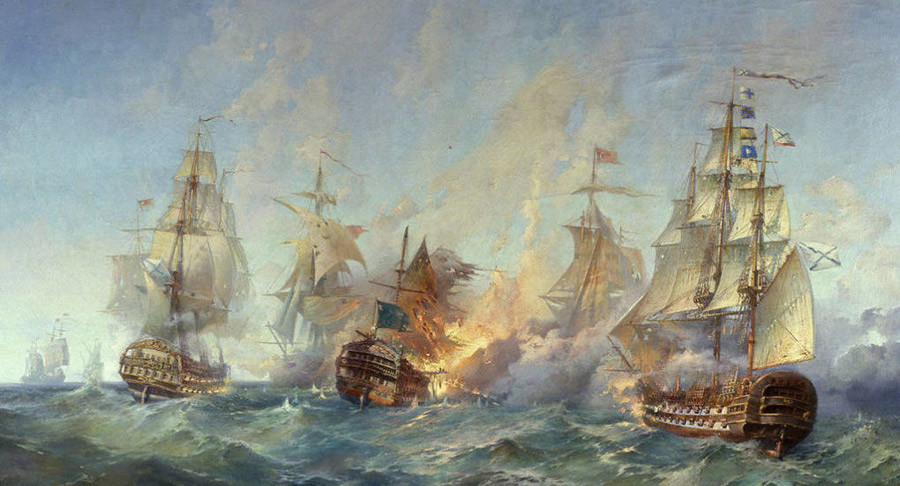 'The naval Battle of Tendra' by Alexander Blinkov

“The Battle of Tendra became part of world naval theory’s history. Admiral Ushakov was...an innovator in terms of maneuvering tactics of naval battles that proved efficient and led to the end of Turkey’s domination on the Black Sea,”said one Russian military historian.

The commander revealed his talents during the Soviet Union, during WWII. Georgy Zhukov was four times a Hero of the Soviet Union and a holder of many different awards. He represented the USSR when Germany officially surrendered and it was him who inspected the Moscow Victory parade in June 1945. 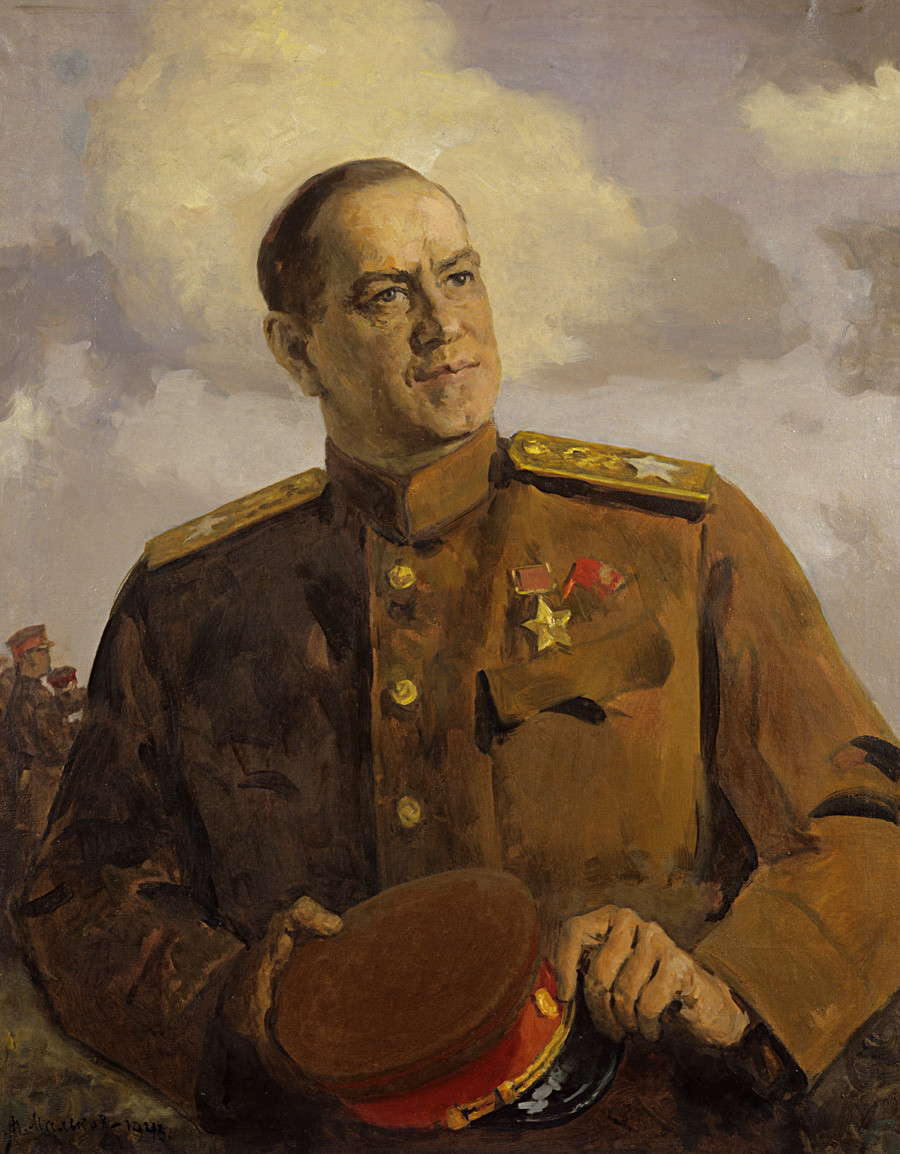 Zhukov played a crucial role in planning and executing key Red Army operations on the German-Soviet front including the final one – the Battle for when his First Belarus Front attacked well-fortified German positions. 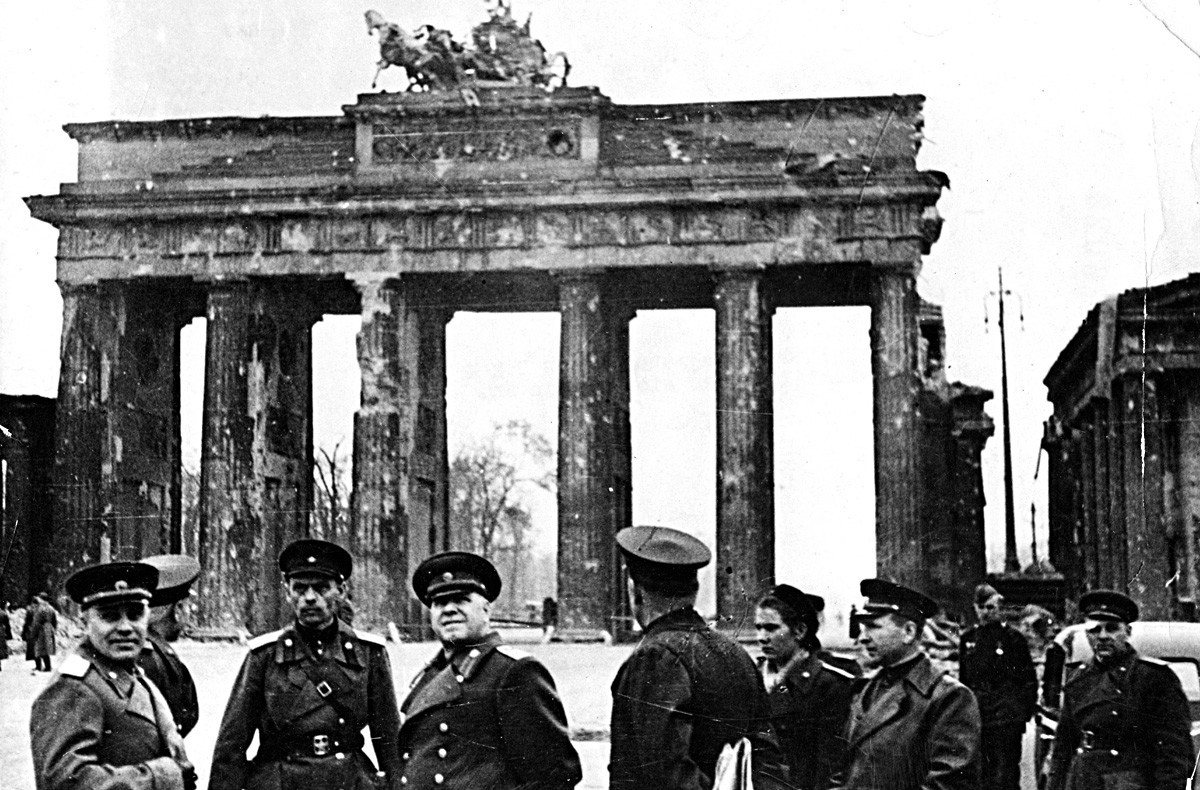 End of the war in Berlin in 1945. Georgy Zhukov (in the middle) is pictured in front of the Brandenburg Gate during a city tour.

The assault began during the night of April 16 with an incredibly powerful and coordinated period artillery shelling. Then, before the dawn, tanks entered the battle supported by the infantry. This was possible due to the help of floodlights, which were set up behind the advancing troops.

In two weeks, on May 1, the red banner was raised over the Reichstag – Germany was captured. Many historians praise the military genius of Zhukov with some even calling him the “Paganini of the art of war.”