Are all Russians COMMUNISTS? 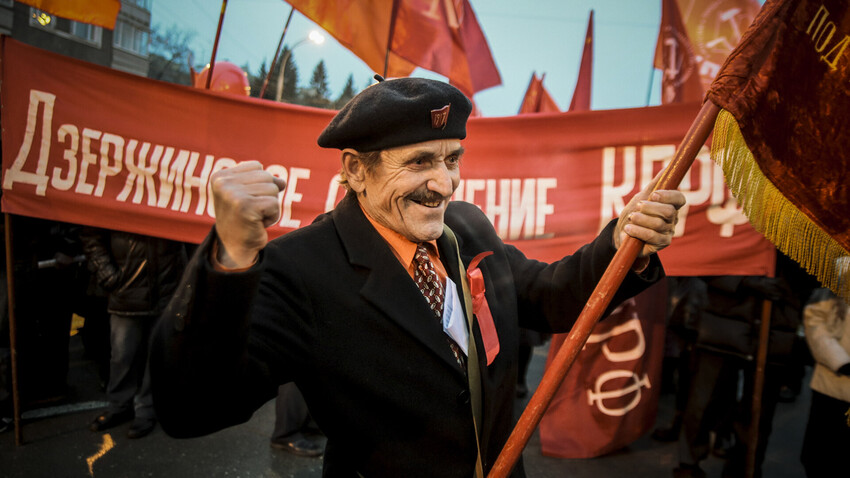 Evgeniy Kurskov/TASS
Even in the USSR, most people were not actually members of the Communist Party.

Communism played a major role in shaping the lives of many generations of the Russian people. The communist movement in Russia started from dispersed ideological groups and grew into an official state ideology, before it was banned from political space, albeit for a short period of time.

The ghost of Communism

As Marx’s ideas were gaining traction in Europe at the time, the Russian Empire was not immune to its influence. These ideas spread in Russia relatively freely, as the ruling elite did not try to suppress or prosecute its adherents. A few newspapers published in the 1890s promoted Marxism without repercussions.

Although the tsarist regime started cracking down on communists more actively at the break of the new century, it did not stop the party from forming in exile. The Russian Social Democratic Labor Party, a predecessor of the Communist Party of the Soviet Union, formed in 1903, albeit in Brussels. Even then, communism was just another streak amidst the country’s political currents. Later on, however, communism spread through Russia like wildfire. 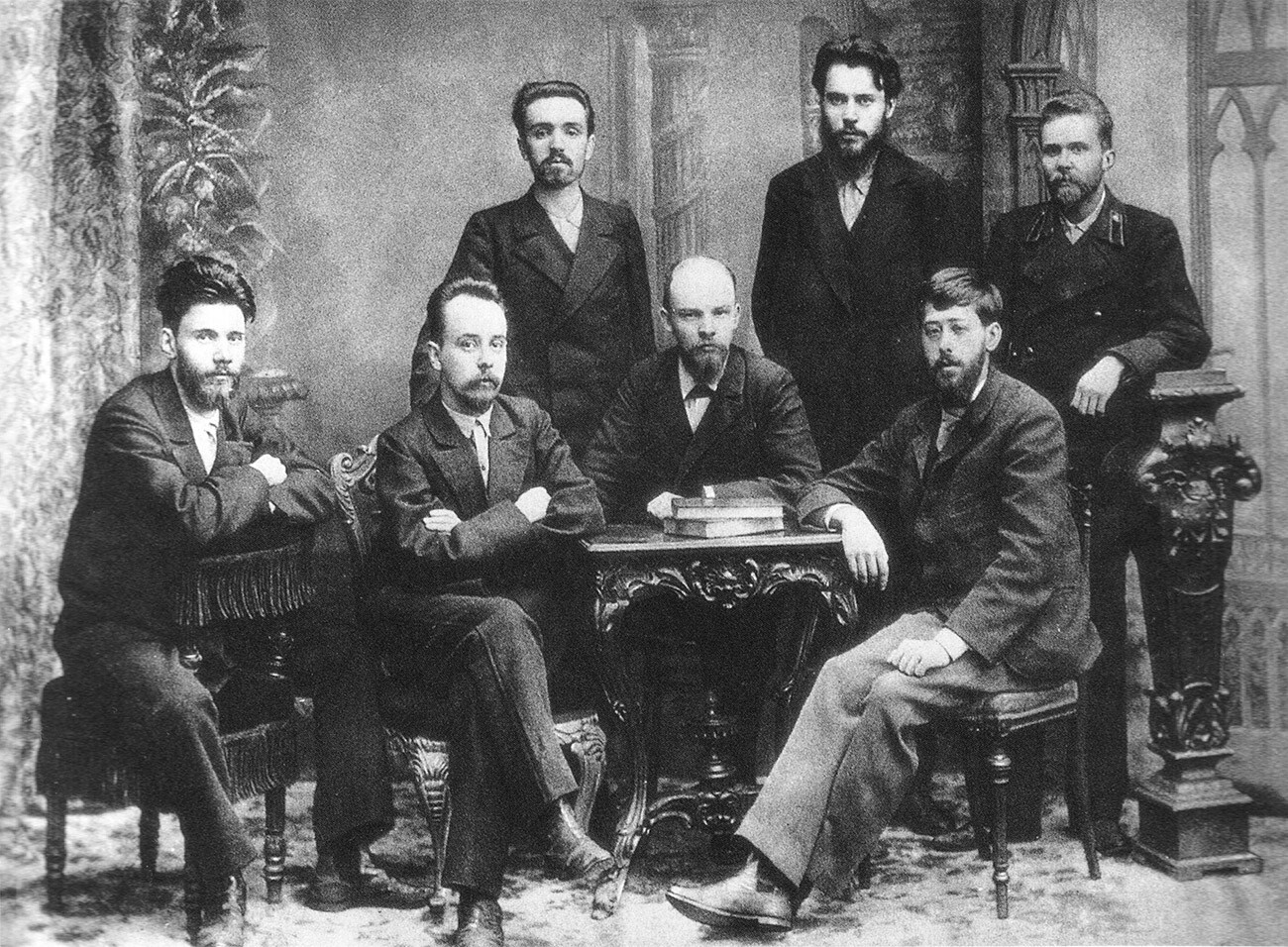 When the Red Army fighting for the Bolsheviks prevailed, Russia gradually became the major harbor of world communism. However, even in the proclaimed communist state, most of the people were not members of the communist party.

While the constitution adopted in 1936 made membership in the Communist Party voluntary, it also officially cemented the party at the core of social and political life in the Soviet Union.

“The most active and conscious citizens from the ranks of the of the working class, working peasants and labor intellectuals are voluntarily united in the Communist Party of the Soviet Union, which is the foremost section of the workers in their struggle to build a communist society and represents the guiding nucleus of all workers’ organizations, both public and governmental,” read the Article 126 of the new Soviet constitution. 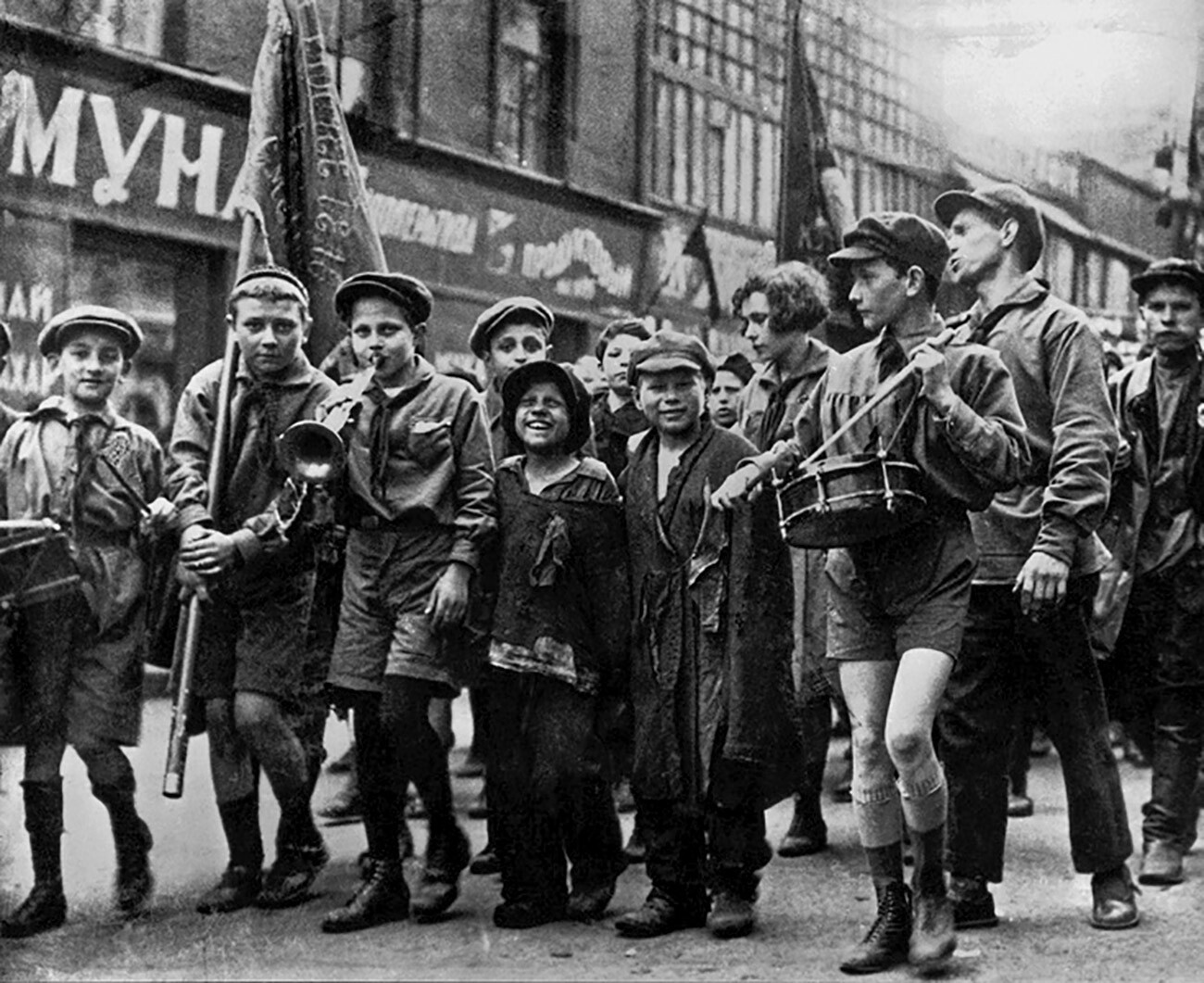 Homeless children and pioneers at the May Day demonstration.

In reality, however, only a small fraction of the Soviet population were actual members of the Communist Party.

“One of the slogans of the Soviet period was that the CPSU was the vanguard of the builders of communism. The key word is ‘vanguard’, meaning that only the best of the best were selected. It should be understood that not everyone was accepted into the Party. Although the opposite was often declared,” commented a man who lived in the USSR. 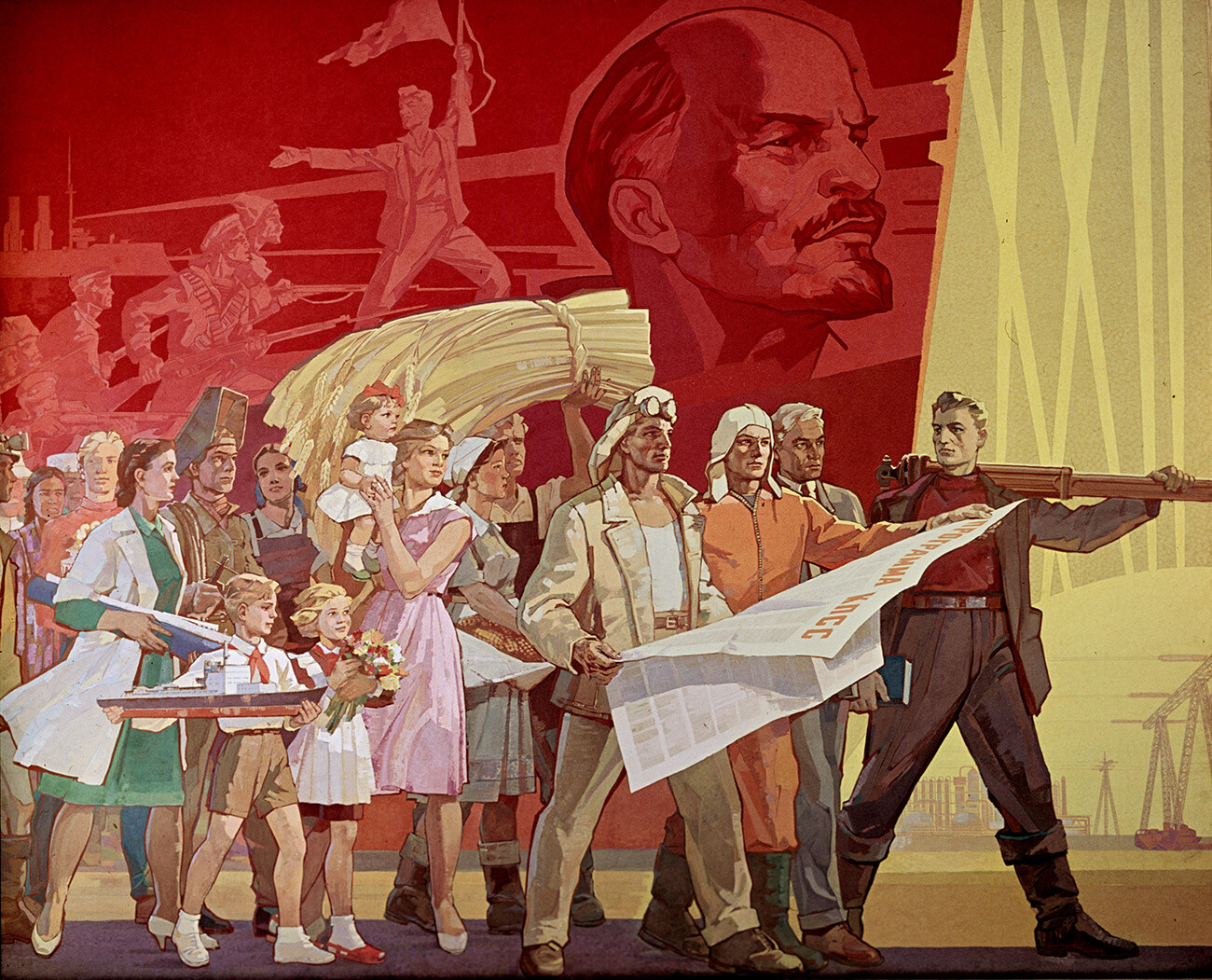 The "Builders of Communism" poster by artists Korentsov, Merkulov, Burakov.

At its peak in the late 1980s, the Communist Party of the Soviet Union amassed nearly 20 million members. For comparison, there were 286.7 million people living in the Soviet Union at the time. It means that less than 7% of the population were communists, although the country officially proclaimed itself a communist state.

Membership in the Communist Party was hard-to-earn, but it promised opportunities unavailable for most Soviet people. Candidates were carefully cherry-picked; in exchange for the troubles, they received opportunities to advance their careers. 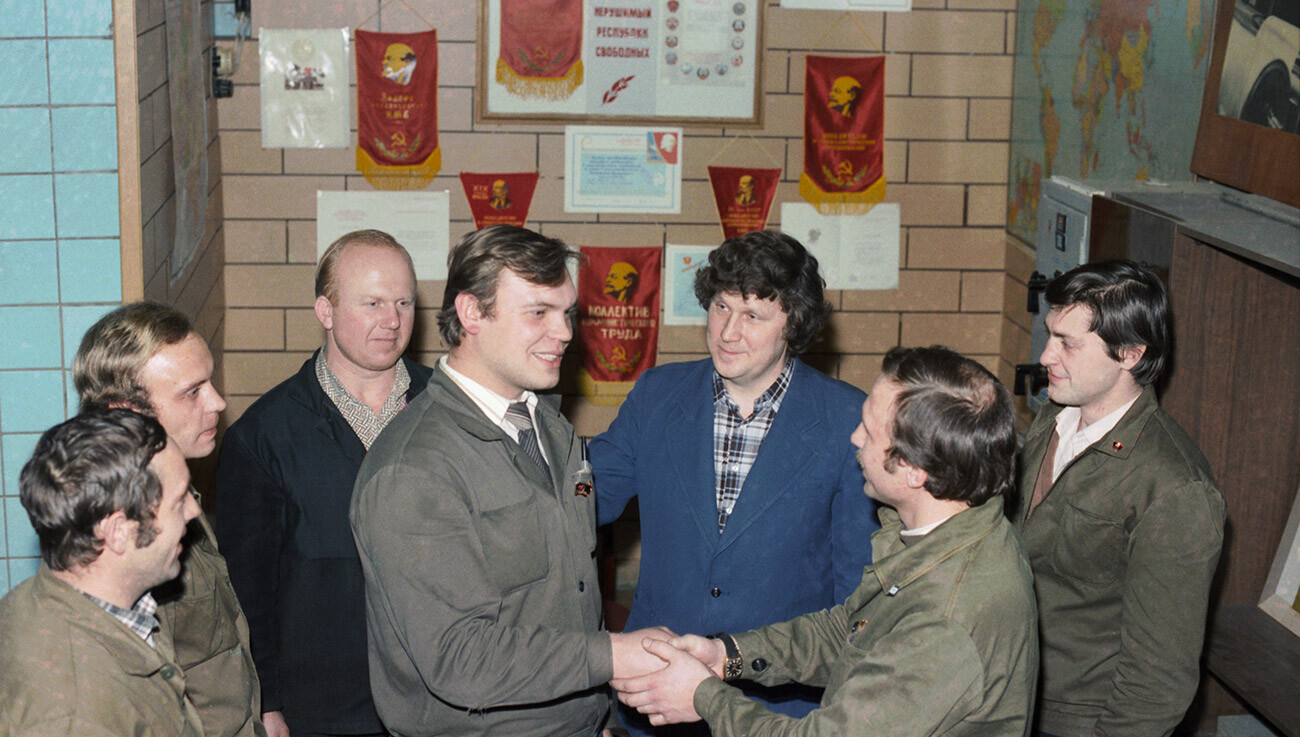 People congratulate their colleague on his admission to the CPSU.

“Formally, communists had no special rights and privileges, but, in reality, the party ID gave them an opportunity to move up the career ladder faster, to hold administrative posts in the party and to receive some benefits before others. This does not mean that non-partisans had nothing to gain, but when reviewing a personal file, the membership in the CPSU was given priority attention,” wrote a former citizen of the USSR.

Despite certain privileges, some people consciously avoided membership in the CPSU.

The CPSU membership also entailed some serious responsibilities. A member of the CPSU was charged with social and agitational work that was not paid. Often, people spent a chunk of their personal time and a lot of effort to fulfill those obligations, but received little in return, as the biggest privileges only applied to the crème de la crème of the Soviet ruling elite. 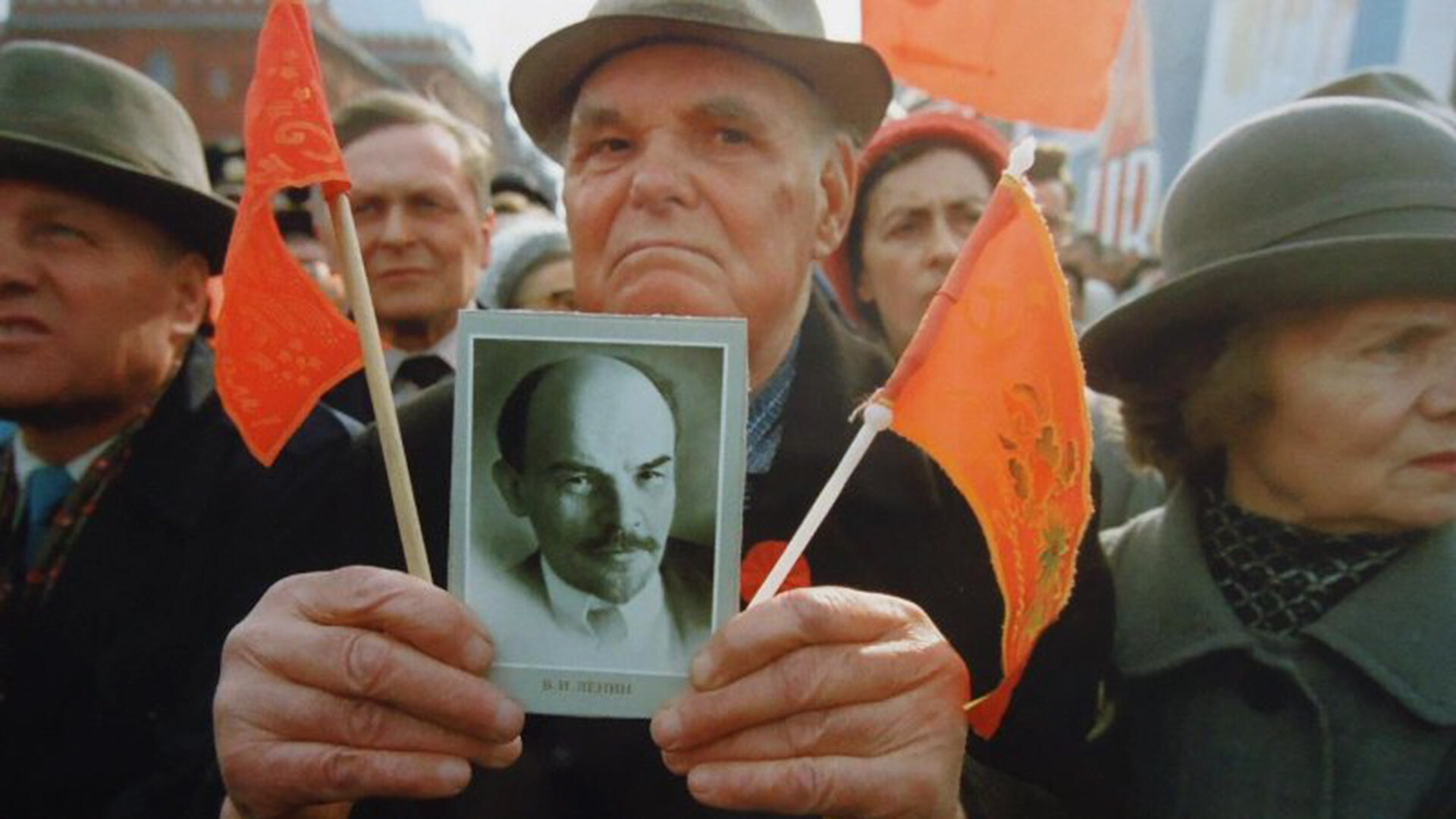 Disillusionment with the communist ideology in the USSR grew with time.

“Few people believed in the [communist ideology] in the 1970s, but there were some. When I entered a university, I was surprised to meet several such female students. Under our influence, they quickly ‘re-educated’ themselves. But, I wondered how they grew up like that,” said Ludmila Novikova from Moscow.

As the CPSU was expanding by admitting new members, more and more common Soviet people were disillusioned with proclaimed communist slogans and official propaganda. Finally, the golden age of communism in Russia came to an end when the Soviet Union collapsed in 1991.

After a failed coup d'état attempt to forcibly seize control of the country from Mikhail Gorbachev by political hardliners who wanted to reinstall the USSR in its prime form, massive anti-Communists protests broke out in Moscow in August 1991. The coup failed, leading to the collapse of the Communist Party and, subsequently, to the final dissolution of the USSR. 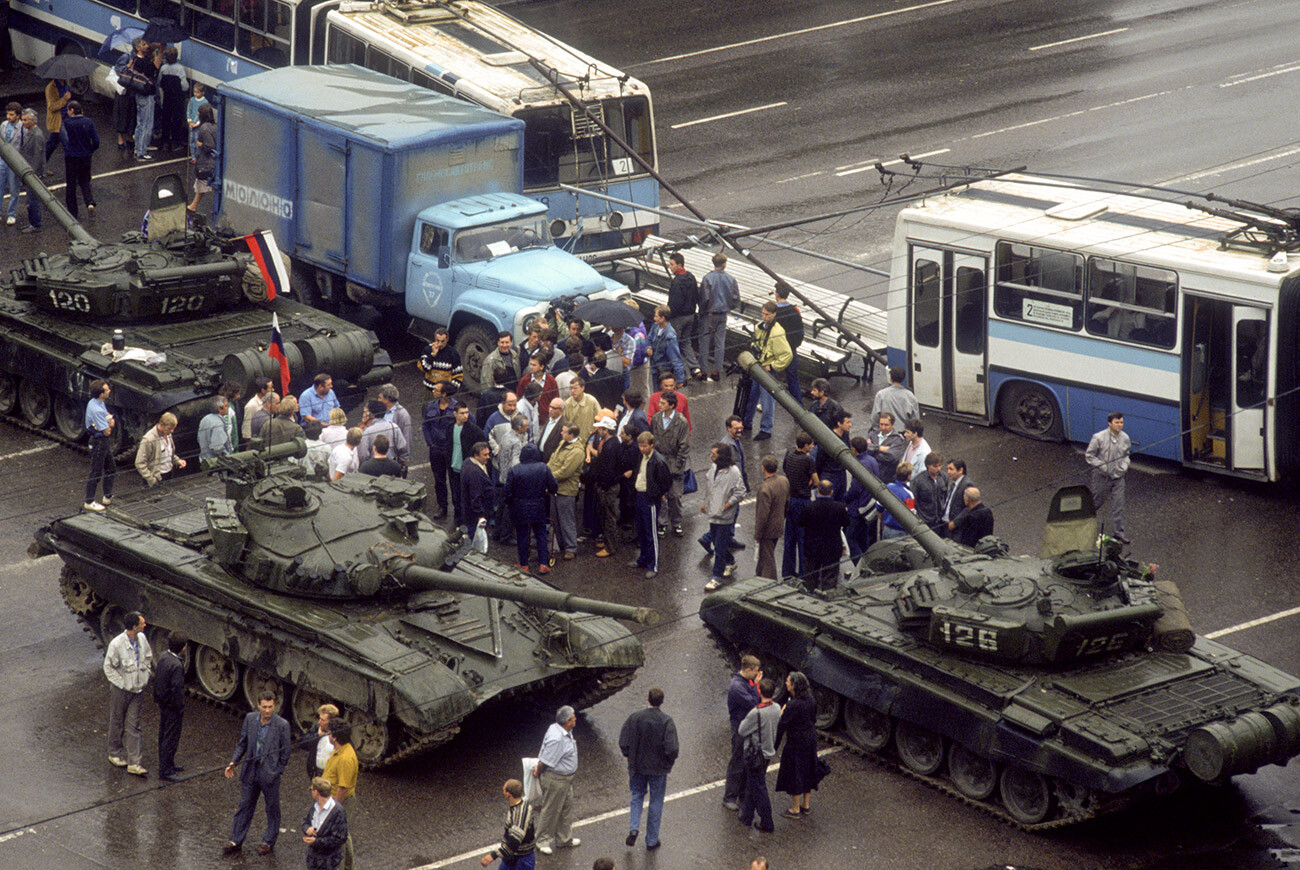 Tanks and city buses form a roadblock outside the Russian White House during a 1991 coup attempt.

Although the number of its members drastically fell compared to the late Soviet period – 162,000 members in the 2020s against 20 million members in the 1980s – the party won 57 out of 450 seats in the lower house of the Russian Parliament in 2021, producing the second-best result after the ruling party.

Despite its latest relative success in modern Russian politics, the party’s support base is aging fast. The average age of its members is 55.6 years.

Although there are some dedicated communists in Russia today, most of the Russian people do not identify themselves as communists.

Click here to find out how Soviet propaganda ‘taught’ people to raise children.