The worst railway catastrophe in the history of the USSR (PHOTOS) 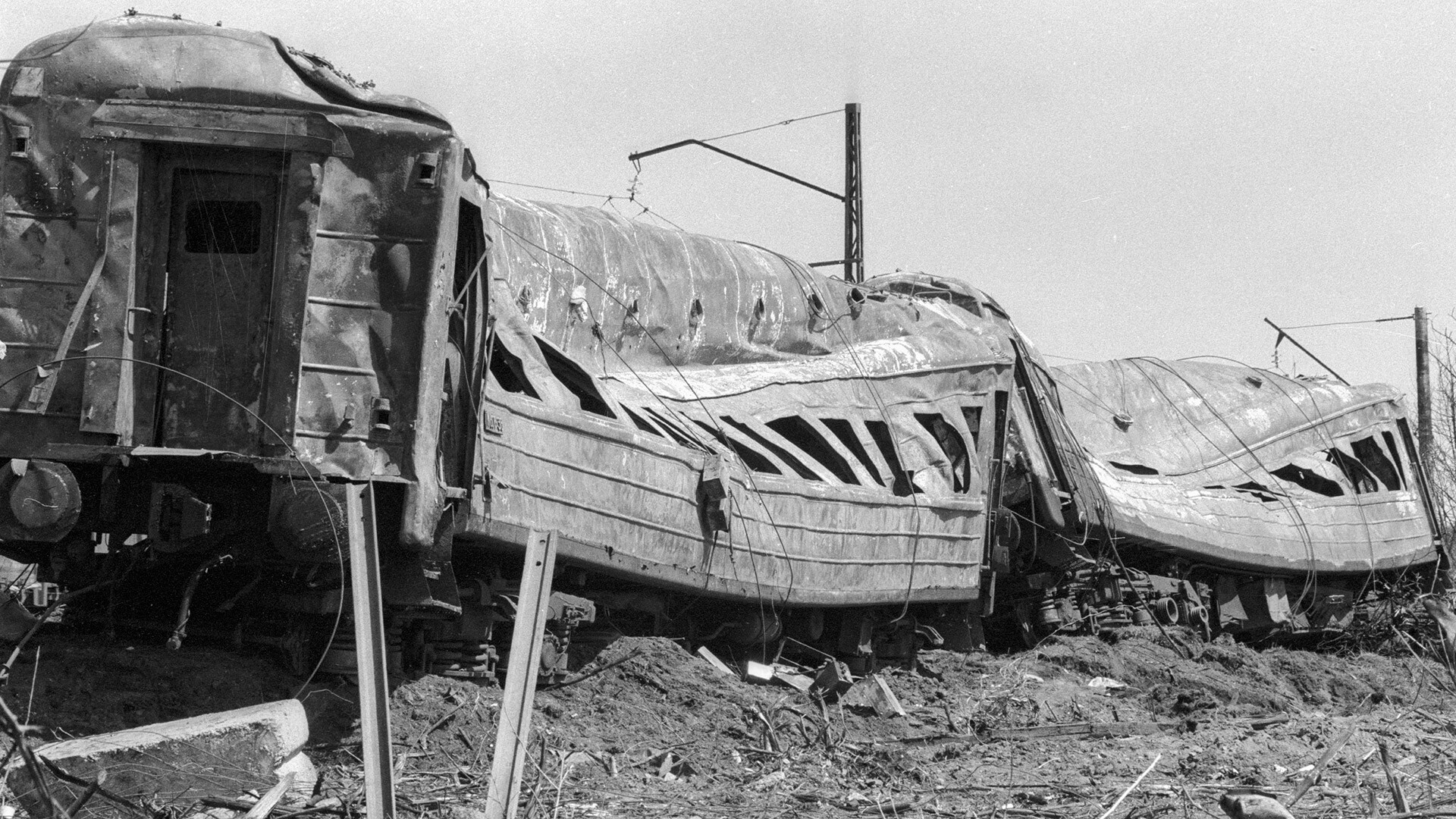 Sergei Titov/Sputnik
The power of the explosion was almost comparable to the nuclear explosion in Hiroshima. The column of flames was visible from more than 100 kilometers away and the temperature reached thousands of degrees for a short time.

“Like giant candles the trees were burning, cherry-red cars were smoking along the embankment. There was an utterly impossible single scream of pain and terror from hundreds of dying and burned people. The forest was ablaze, the sleepers were ablaze, people were ablaze. We rushed to catch the flickering ‘living torches’, to knock the fire out of them, to move them closer to the road, away from the fire. Apocalypse…” - This is how Valery Mikheev, editor of the newspaper ‘Steel Spark’, described the consequences of the terrible railway catastrophe of June 4, 1989, on a section of the Trans-Siberian railway in the Bashkir ASSR (1,500 km east of Moscow). 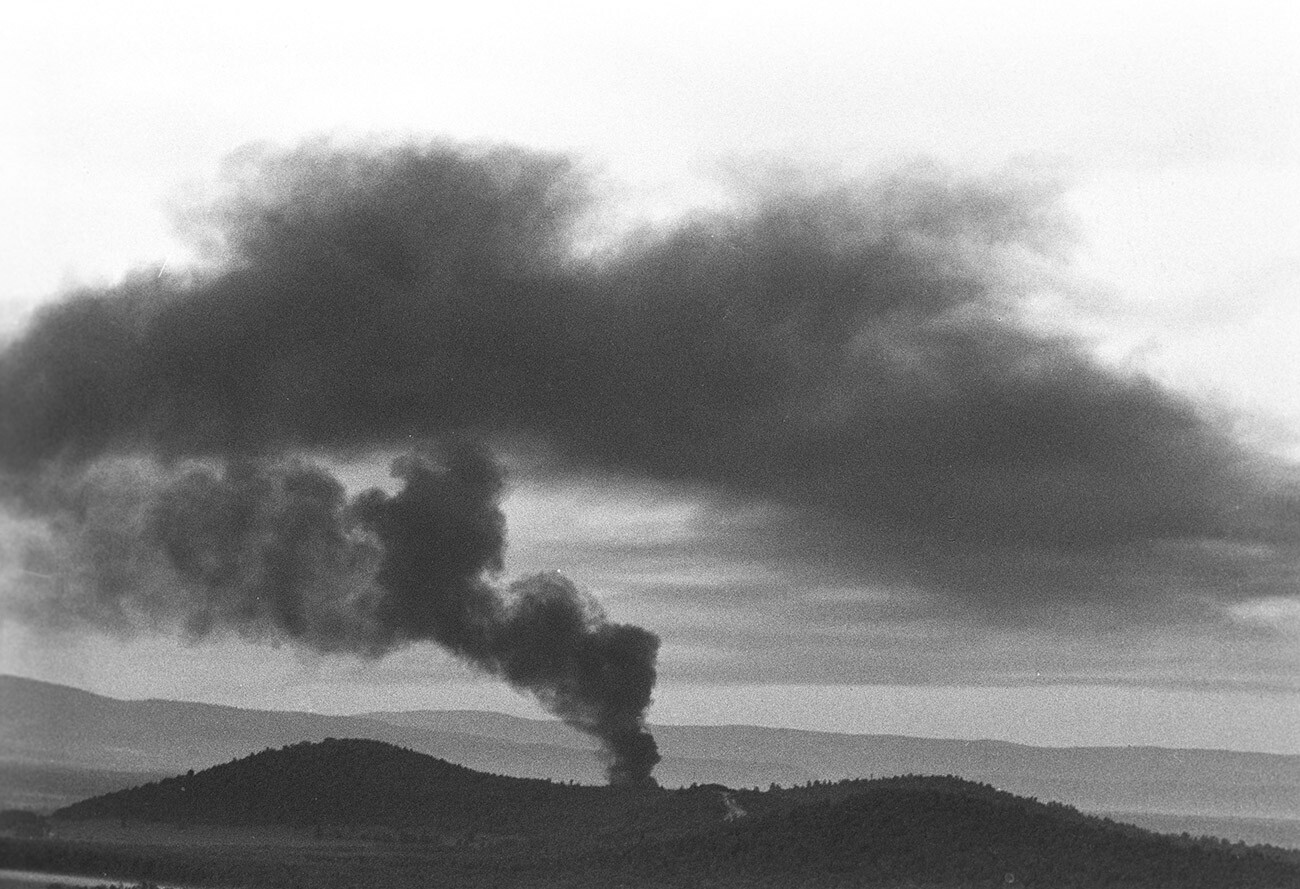 The cause of the tragedy was damage to a gas pipeline close to the railroad tracks, as a result of which gas quickly began to accumulate in a deserted lowland area. At the beginning of the second hour of the morning, two passenger trains traveling in opposite directions drove into this gas “lake”. One spark or dropped cigarette butt was enough to make hell break loose. 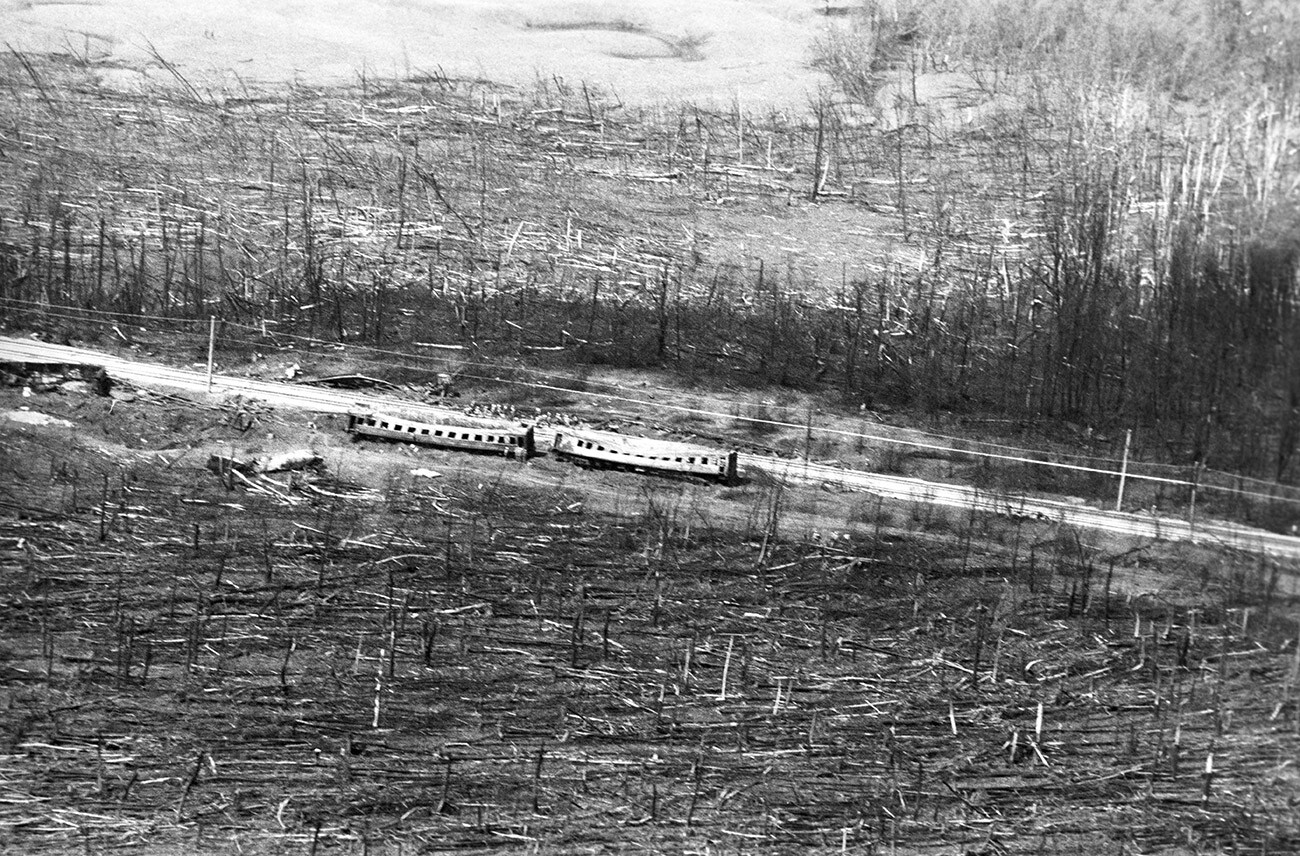 The power of the explosion was almost comparable to that of the Hiroshima nuclear explosion (12 to 16 kilotons of trinitrotoluene). The column of flames was seen from more than 100 kilometers away and the shock wave smashed windows in houses in the town of Asha, 11 kilometers away. In the lowland itself, there was a nightmare: the temperature briefly reached a thousand degrees, the fire engulfed 150 hectares of forest, spread 350 meters of tracks, some railroad cars with people sleeping in them were torn off the tracks and scattered on the mound; others, remaining on the track, were completely burned. 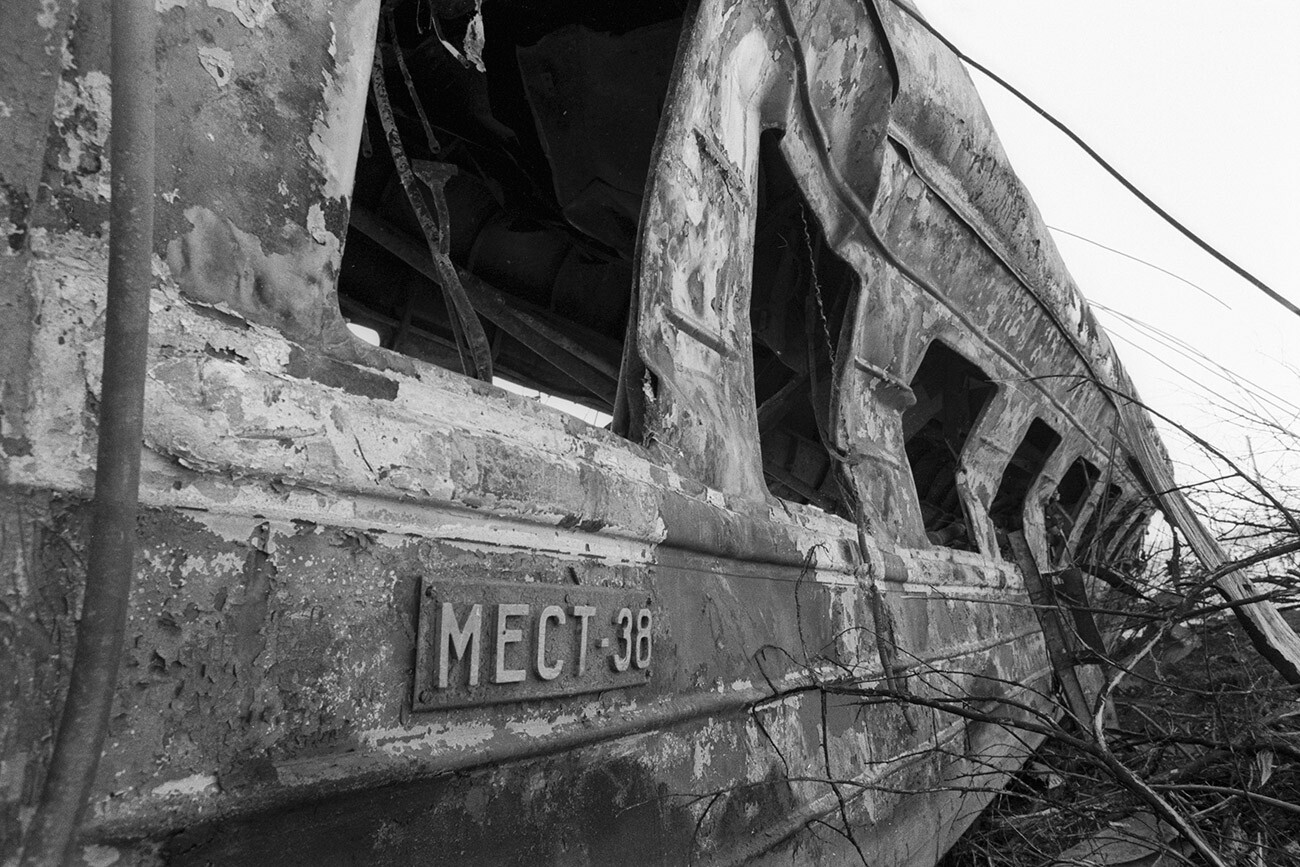 “I woke up when I fell from the second shelf to the floor - and everything around me was already ablaze,” recalled survivor Natalia K. from Adler: “It seemed to me that I was seeing some nightmare dream: the skin on my arm was burning and crawling, a child in flames was crawling underfoot, a soldier with empty eyes was coming at me with outstretched hands, I crawled past a woman who could not put fire out her own hair and the compartment already had no more shelves, no doors, no windows.” 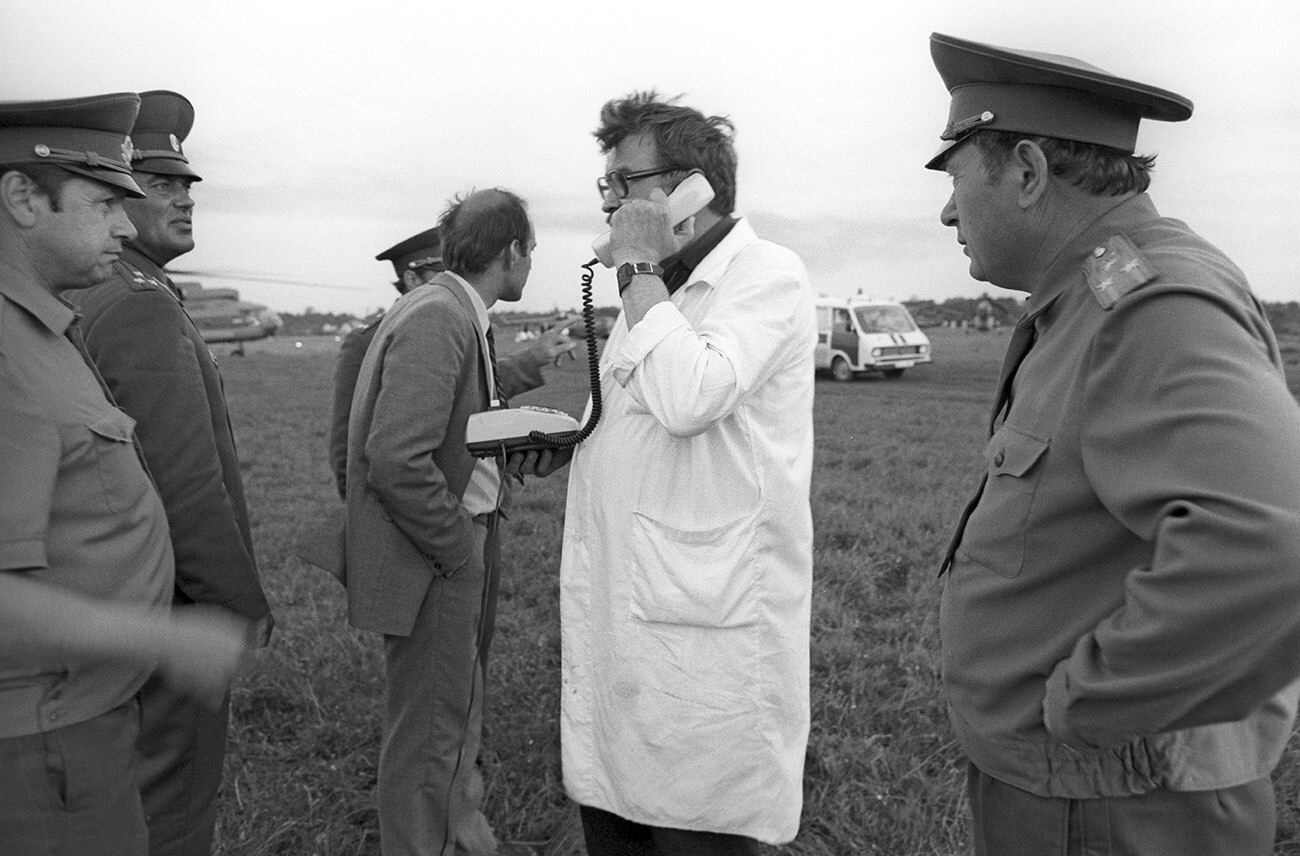 Five-year-old Tanya Sopilnyak was traveling with her brothers and parents from Siberia to vacation on the Black Sea coast: “The railroad car burned down in three minutes… The door handles got hot and jammed. My mother got burns, because she was grasping the handles - it counted for seconds. We couldn’t break the window. Then the heat cracked the window and we stuck our heads out to get some air... People were screaming and shrieking and then there was silence. There was silence because they died. We had hardly got out when there was a second explosion and our wagon exploded." 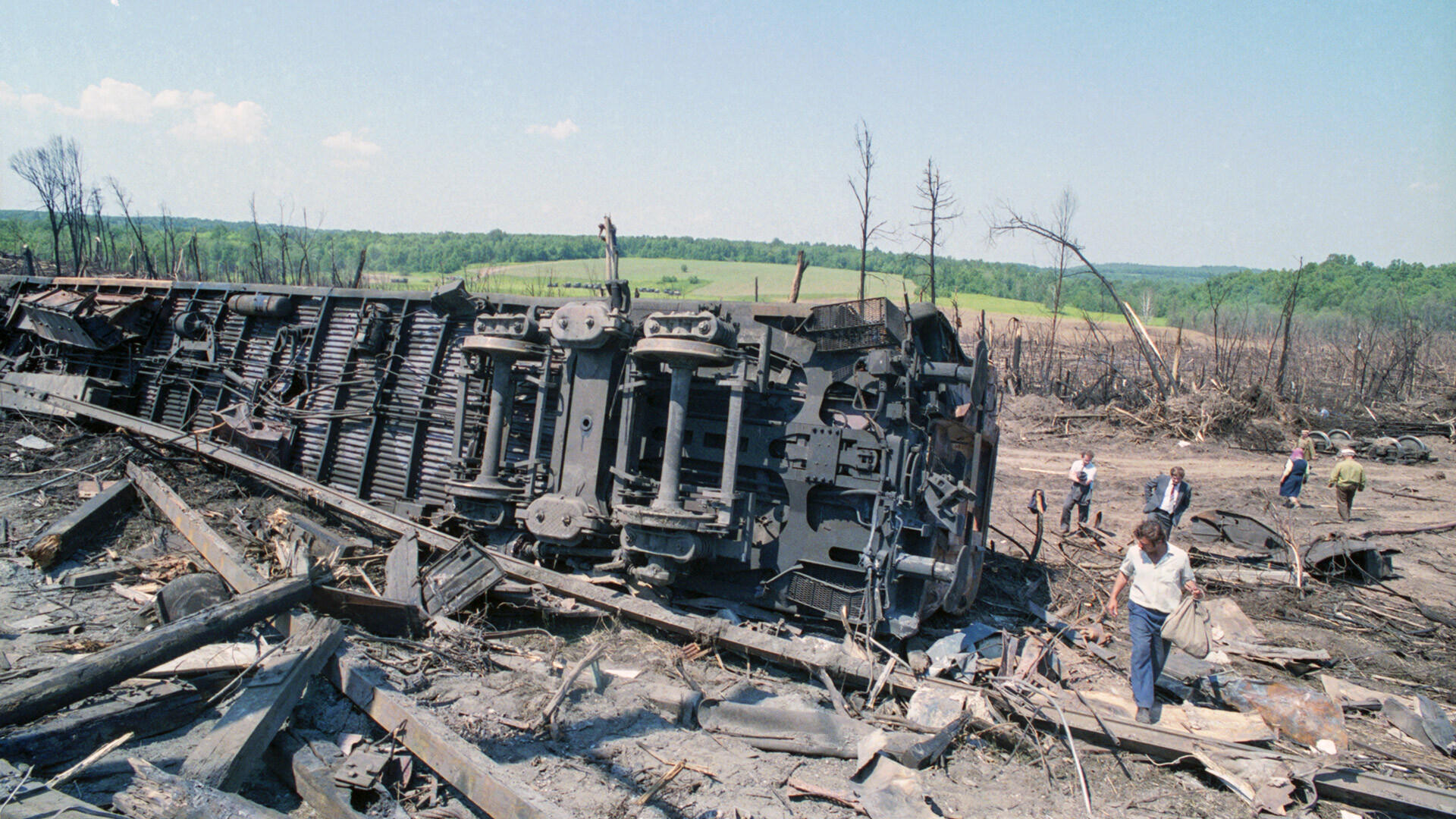 When authorities realized what a massive disaster had occurred, all available firefighters, medics and military personnel in the region immediately began to rush to the area. “The picture we saw there resembled the aftermath of a nuclear explosion. When you touch a leaf on a tree, it crumbles in your hands. It was there that I first saw iron burning and aluminum dripping,” recalled Radik Zinatullin, a doctor at a hospital in Ufa. People with severe burns of the respiratory tract, legs, face and torso were taken to hospitals by buses, trucks and helicopters. Many who managed to be quickly brought to the operating table alive, died soon after. 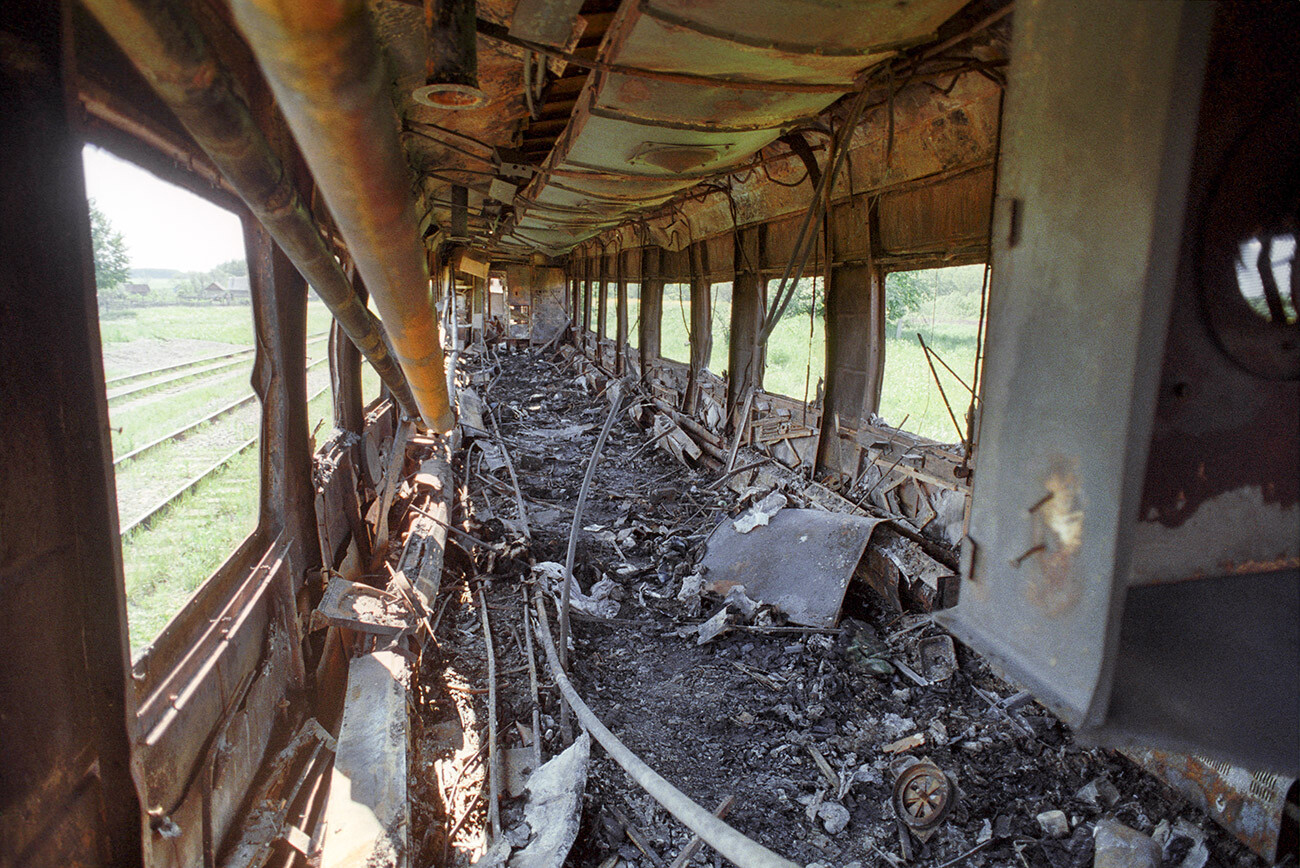 Alcohol was given to the soldiers working in the ashes, who were literally nauseous and shaking as they raked through the piles of charred bodies and iron. Soon, stunned relatives of the dead arrived on the scene, desperate to find their loved ones among the rubble. This was by no means always possible, for some of the victims simply had no heads. 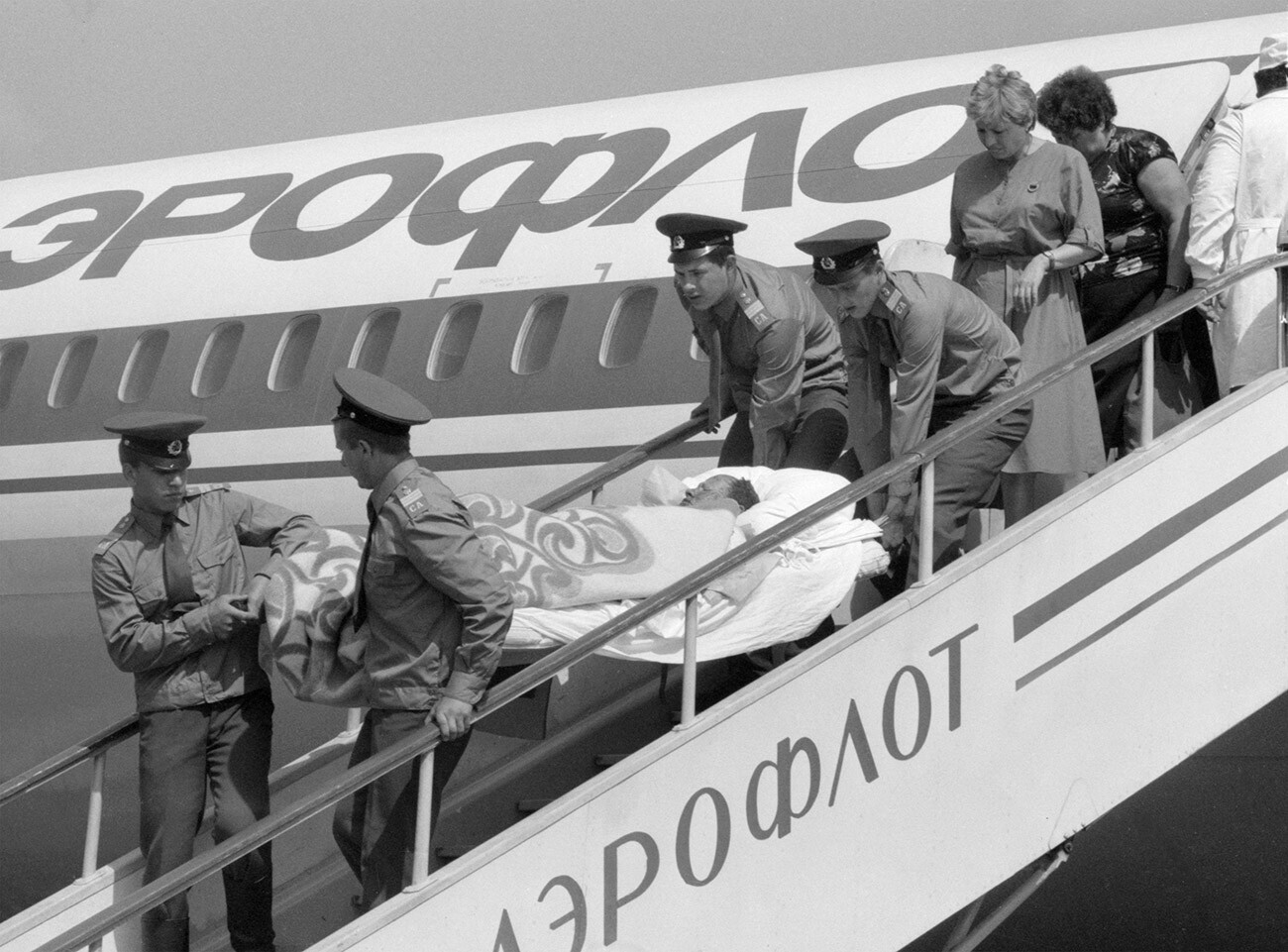 Doctor Viktor Smolnikov recalled a heart-wrenching scene he witnessed in a hospital in Ufa: “A boy is lying there, head to toe in bandages. Two women enter the room, both claiming that the boy is her son. Then the child opens his eyes, looks at one of them and begs, ‘Mama, mama.’ The other one bursts into tears. Her baby is burned…” 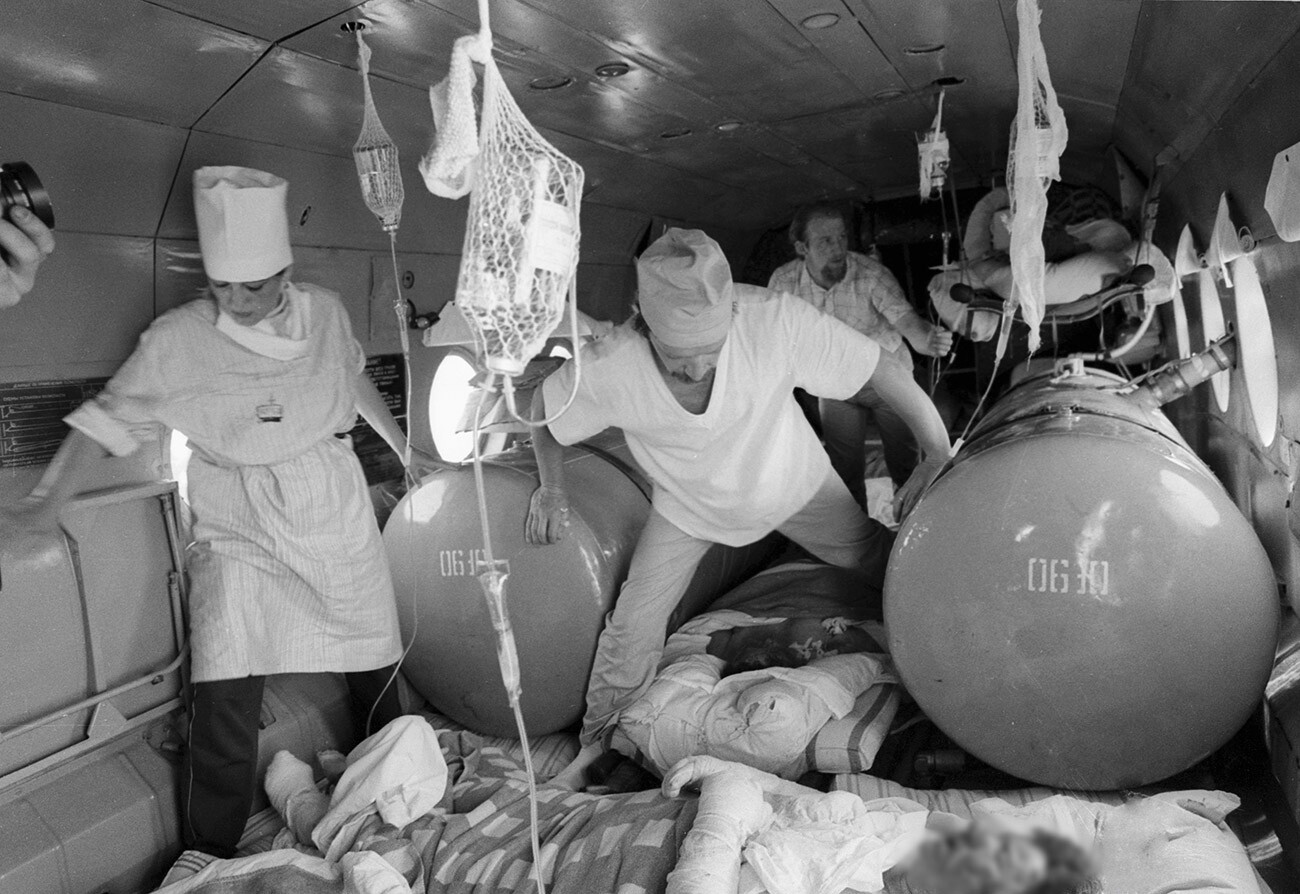 The terrible tragedy was caused by a combination of human negligence and a fatal accident. The pipeline was damaged by an excavator when it was laid in 1985. Four years later, the gap was 1.7 meters long. On the eve of the explosion, maintenance workers noticed a drop in pressure in the pipeline, but instead of looking for the source of the problem, they simply increased the gas supply, which made the situation even worse. Reports from the drivers of passing trains that they could smell the strong odor of gas in the valley were also ignored. Finally, the two trains were not supposed to be on this section at the same time: one was running very late, because it was necessary to drop off a pregnant woman who needed urgent hospitalization. 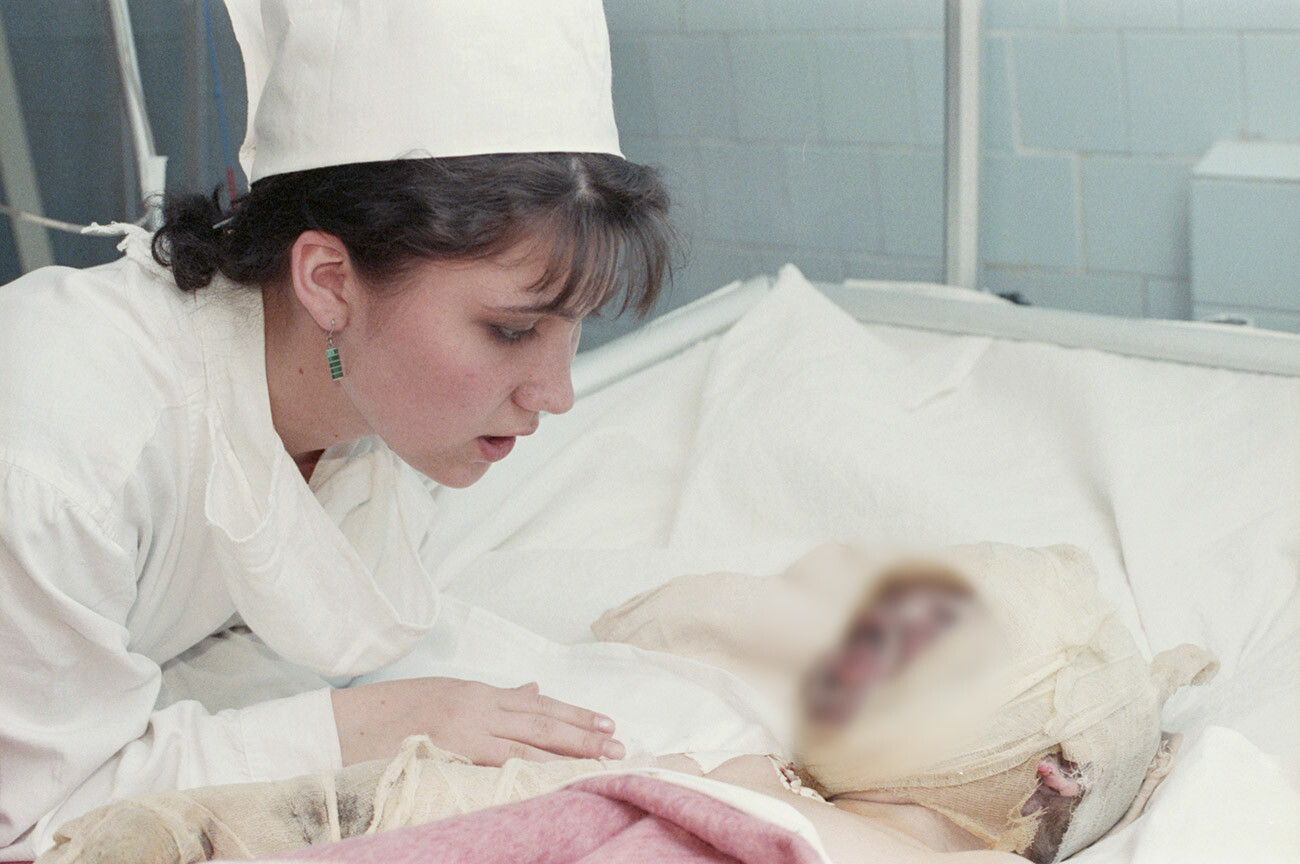 The investigation lasted until 1995. The Supreme Court of the Russian Federation convicted seven people directly involved in laying the pipe who ignored the damage they had caused. Four of them were immediately released under an amnesty for the 50th anniversary of Victory in the Great Patriotic War, another was soon acquitted and only two received two years in a penal colony for those who committed the crime by negligence.

According to official data, the train accident near Ufa killed 575 of the 1,284 passengers on two trains, 181 of whom were children. The youth hockey team ‘Tractor-73’, two-time champion of the Soviet Union, was almost completely lost. Hundreds of people were left disabled for life. “You still can’t let the sun get on your hands,” says conductor Valentina Djonjua: “If it hits, your hands start to turn black. Not red, but black. But I survived.” 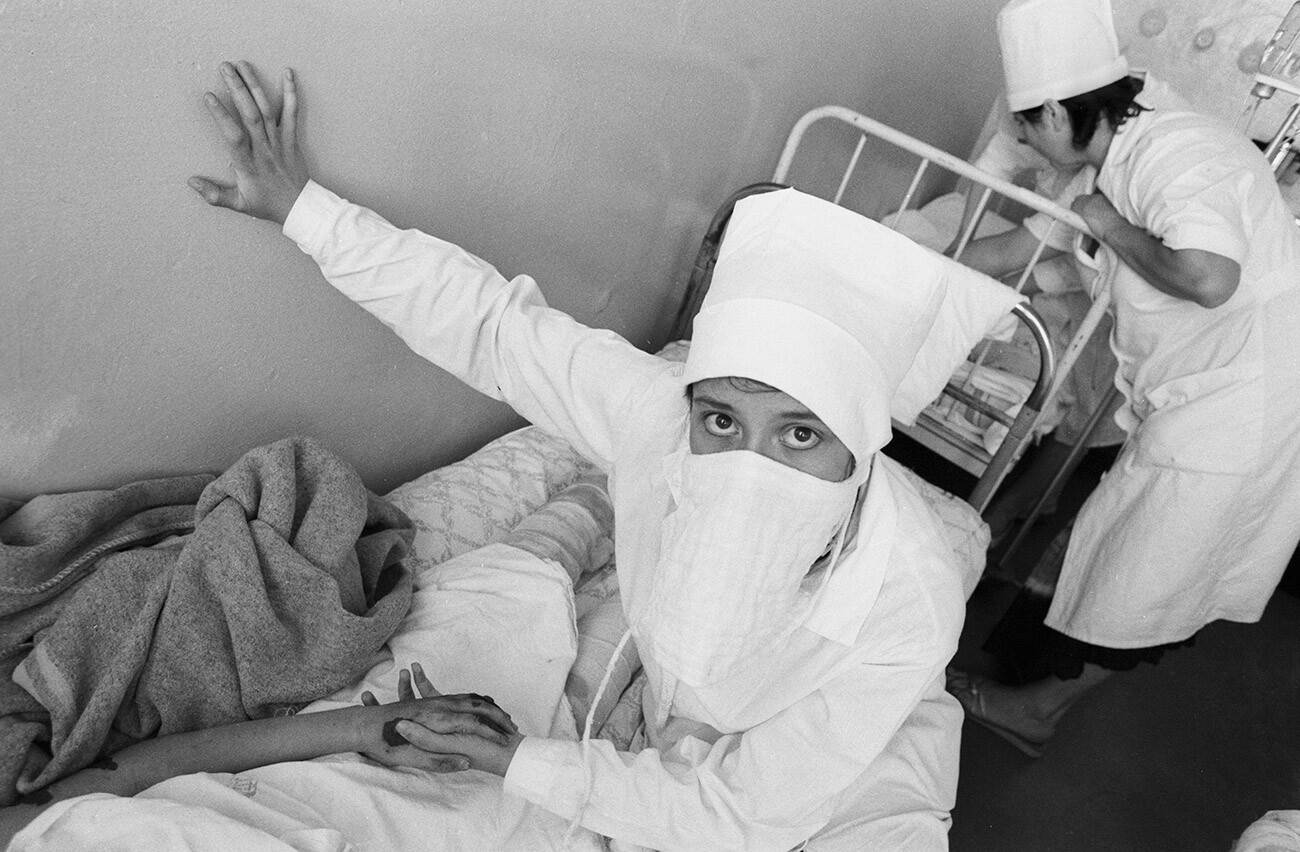