How the KGB dealt a devastating blow to the Soviet police 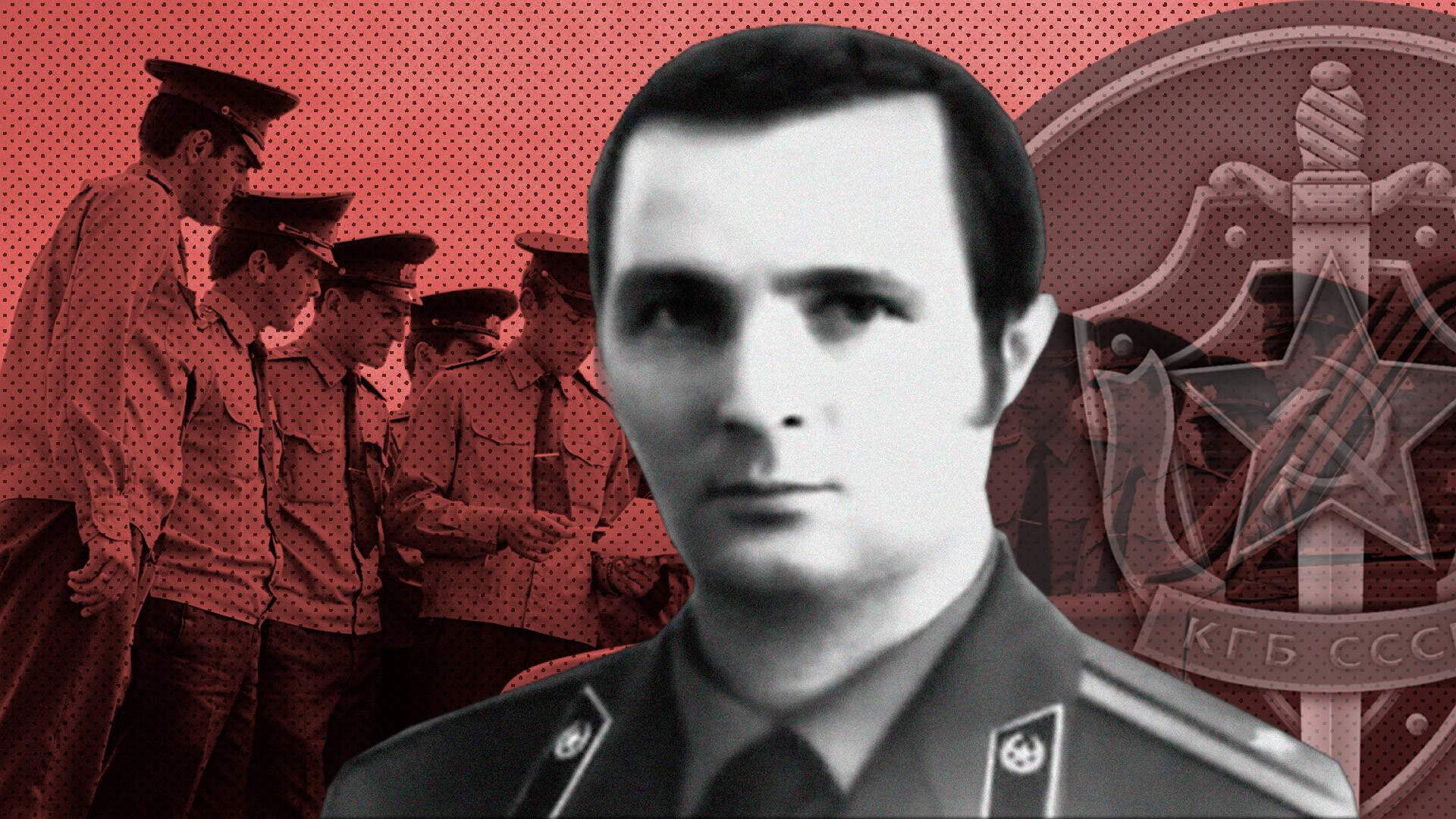 Russia Beyond (Photo: Archive photo; L.Tuchnin/TASS)
At the end of 1980, just before New Year, on the outskirts of Moscow, a number of Soviet policemen picked an argument with a KGB major. They had no idea what dire consequences the encounter would have for them and the entire Soviet police force.

On the morning of December 27, 1980, a man of about 40, unconscious and badly beaten, was found not far from the road to Bykovo airport in Moscow Region. The only ID found on him was a sick note with the annotation: “Issued to KGB officers with military rank.”

Thus began a chain of events that was to rock the Soviet leadership, put the country’s special services on the brink of war with the internal affairs bodies and also lead to the downfall of one of the most powerful figures in the state.

The KGB picks up the trail

Deputy head of the KGB Secretariat Major Vyacheslav Afanasyev (for that was the identity of the victim) died in hospital on January 1, 1981, without regaining consciousness. Owing to the fact that the officer was responsible for extremely important work involving information security systems, KGB chief Yury Andropov took personal charge of the investigation into the attack on Afanasyev. 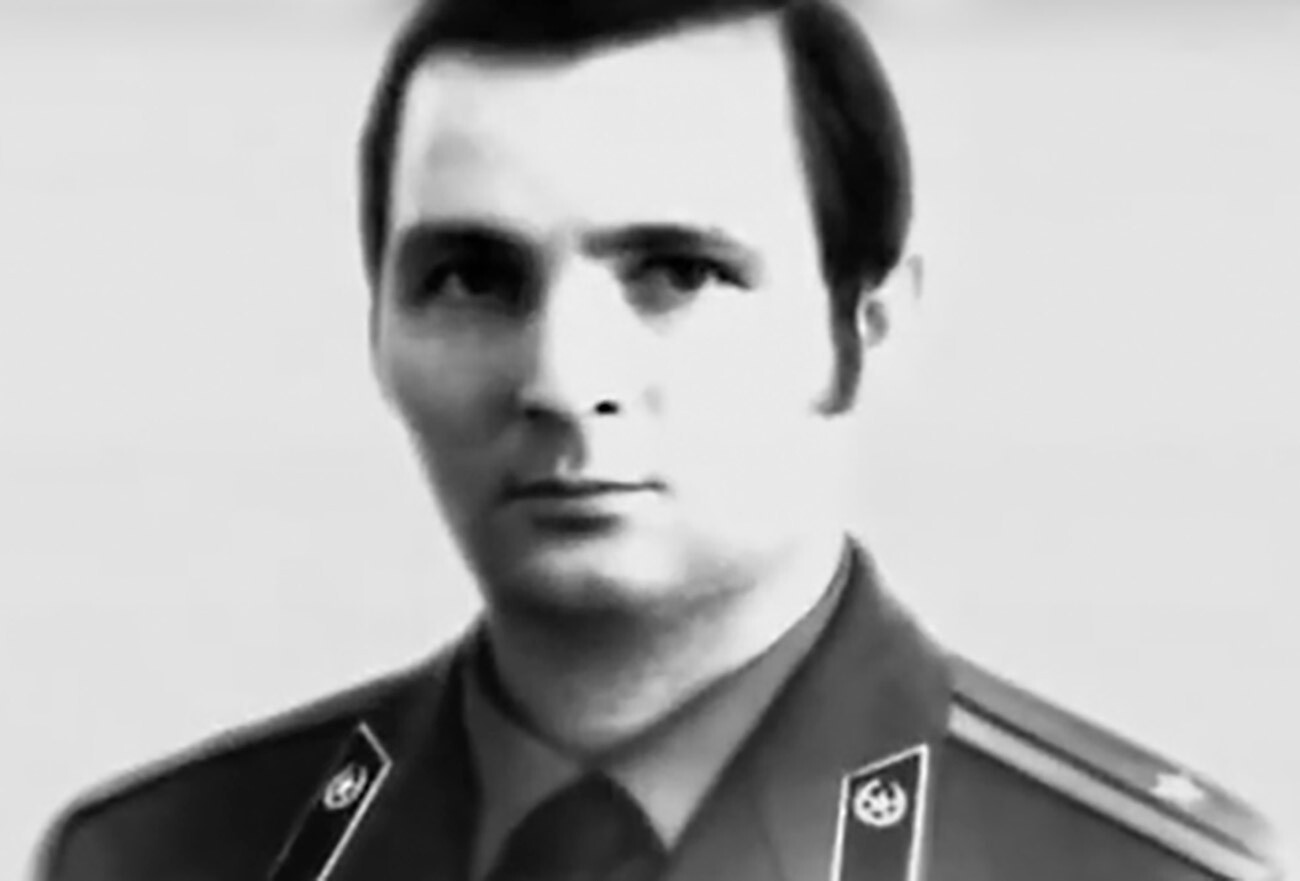 The KGB investigations department and members of the KGB Second Main Directorate (counterintelligence) followed several lines of inquiry: from an ordinary robbery to sabotage by Western intelligence agencies. Soon, they came to an incredible conclusion: Officers of the 5th transport police department at Zhdanovskaya (now Vykhino) Metro station might have been directly involved in the death of the major. It was there that the trail in the Afanasyev case led.

Despite the fact that the KGB had enormous influence in the USSR, it could not simply give an entire police department a “going-over”, subjecting dozens of its employees to interrogations and searches. The obstacle in the way was the Minister of Internal Affairs, Nikolai Shchelokov.

During the 15 years he was at the helm, Shchelokov managed to raise the standing of the police to an unprecedented level. At his initiative, there was a real boom in movies and books about law enforcers and spectacular concerts were staged every year to mark their professional holiday on November 10. The salaries of policemen were significantly increased and they were provided with housing promptly. Police colleges were opened throughout the country to which young people enrolled en masse.

Being a close friend of head of state Leonid Brezhnev, Nikolai Shchelokov was one of the main contenders for high office after the expected death of the General Secretary. And now, he was coming up against the powerful Yury Andropov. “We are talking about a political and ideological confrontation. They were very different people with diametrically opposed views,” according to Irina Shchelokova, the minister’s daughter. 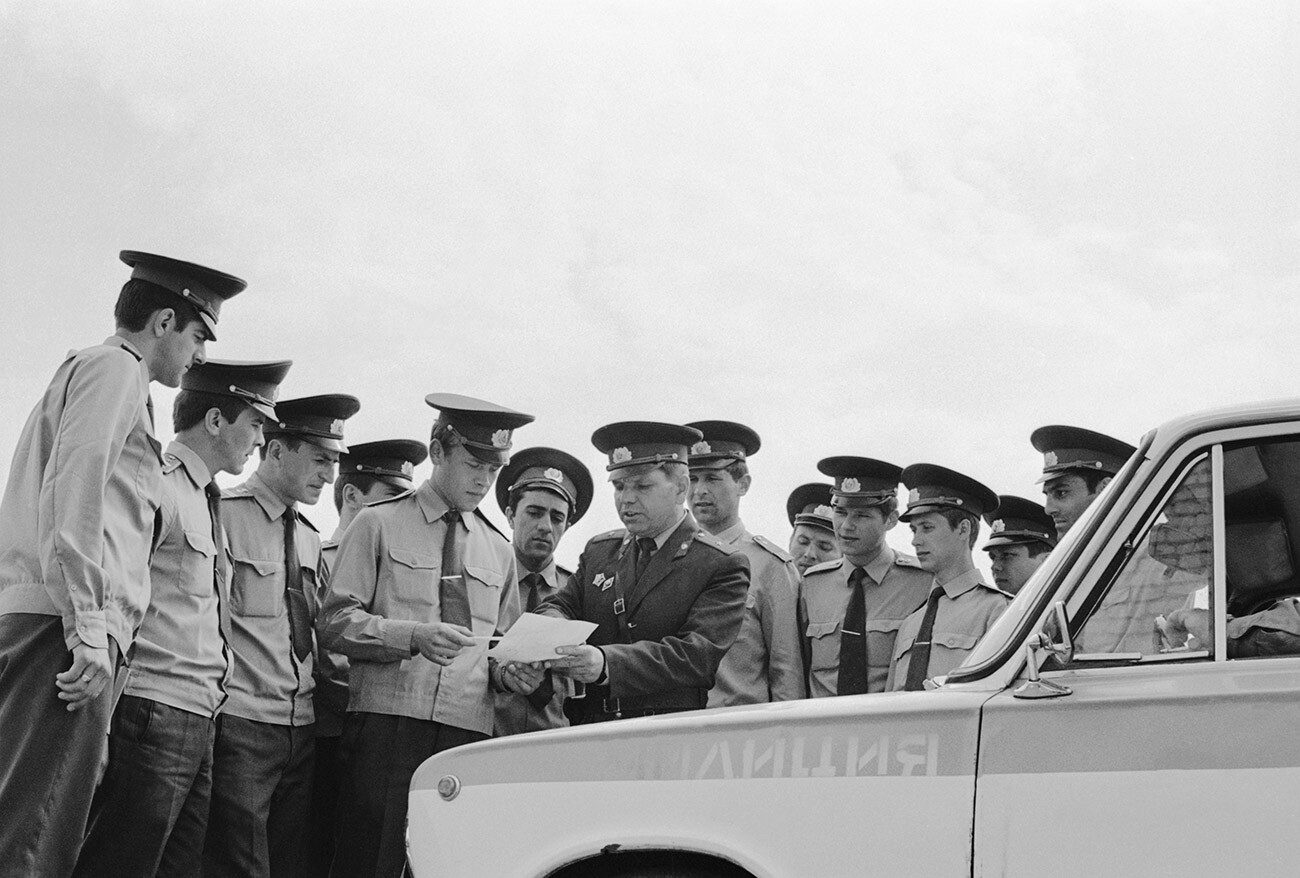 Andropov decided to tread carefully but at the same time to act decisively. At his request, the “neutral” Prosecutor General’s Office of the USSR took up the Afanasyev case. The KGB provided it with all the assistance it needed.

On January 14, 1981, when Shchelokov was not in Moscow, a special operation began, which came as a total surprise to the capital’s police force. Dozens of vehicles with KGB operatives and Prosecutor General’s Office investigators swooped on the suspects’ places of work and homes, where arrests and searches immediately began.

A notebook belonging to Vyacheslav Afanasyev containing telephone numbers of his work colleagues was found in the possession of one of the policemen and forensic experts discovered traces of Afanasyev’s blood on the walls of the transport police office at Zhdanovskaya station, even though attempts had been made to wash it off. Soon, the investigators had a full picture of what had happened on December 26.

How the KGB major was killed 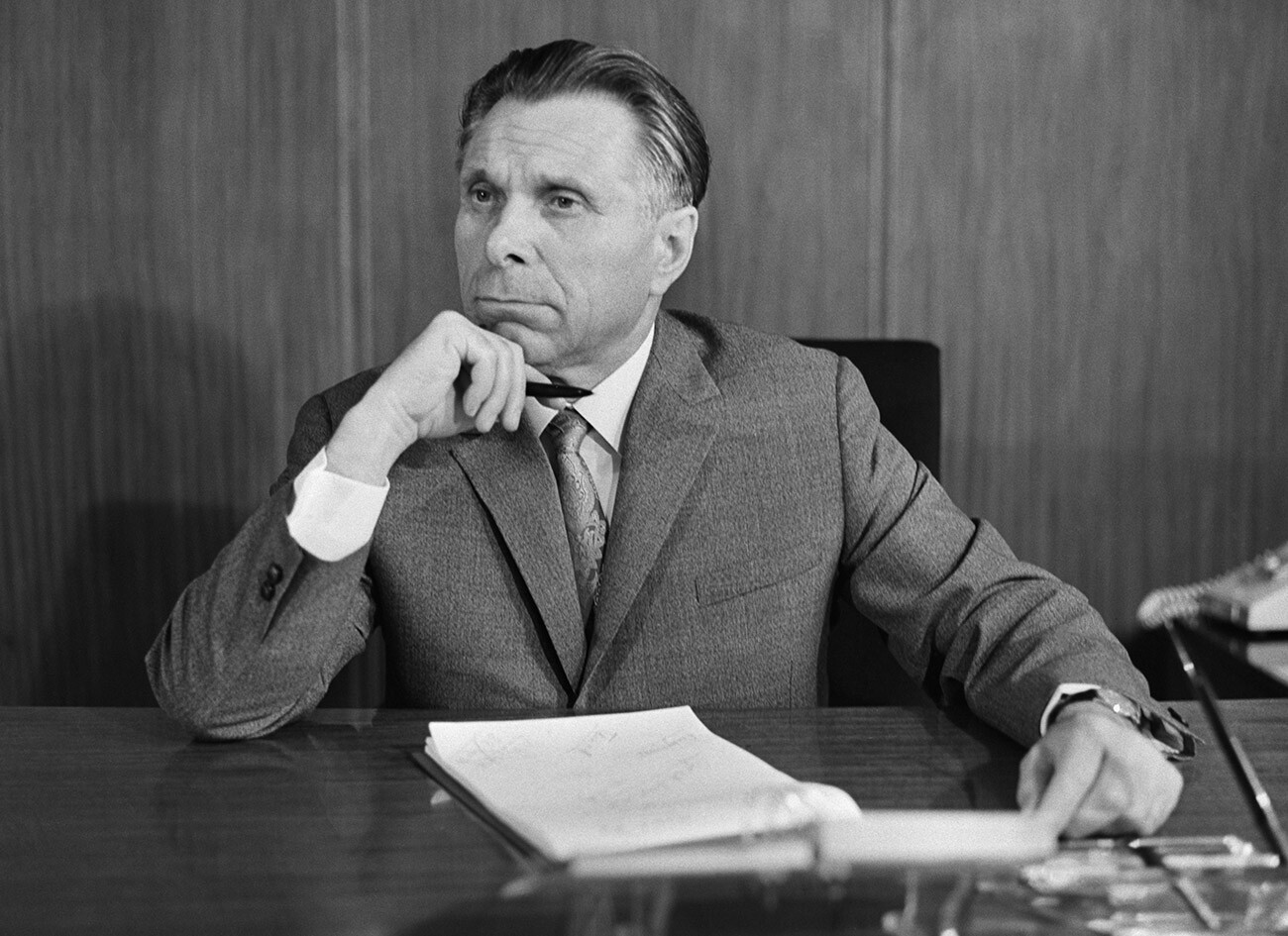 On that ill-fated day, Afanasyev was returning home after a get-together with his colleagues to mark his 40th birthday. Being the worse for drink, the officer missed his stop and found himself late at night at the last station, Zhdanovskaya.

Metro staff escorted the major out of the carriage and were immediately approached by the policemen on duty here. But they did not proceed to hand the passenger over to the staff of the local sobering-up center.

“His (KGB) identity document made no impression on the duty policemen,” investigator Vladimir Kalinichenko wrote in his memoirs. “They pinned Afanasyev’s arms behind his back and frogmarched him below ground. There, under the platform, was a room set aside for the policemen’s use. It was a gloomy and poorly-lit premises. Vyacheslav Vasilyevich made feeble efforts to resist. Alas, he did not guess that the two young guys in gray uniforms had taken him for a ‘karas’ (‘crucian carp’ in Russian).” (A ‘karas’ in their jargon was an educated-looking person who would undoubtedly be carrying money and items of value - in other words, there was the promise of a good haul when it came to searching the detained man prior to accusing him of all sorts of deadly sins). 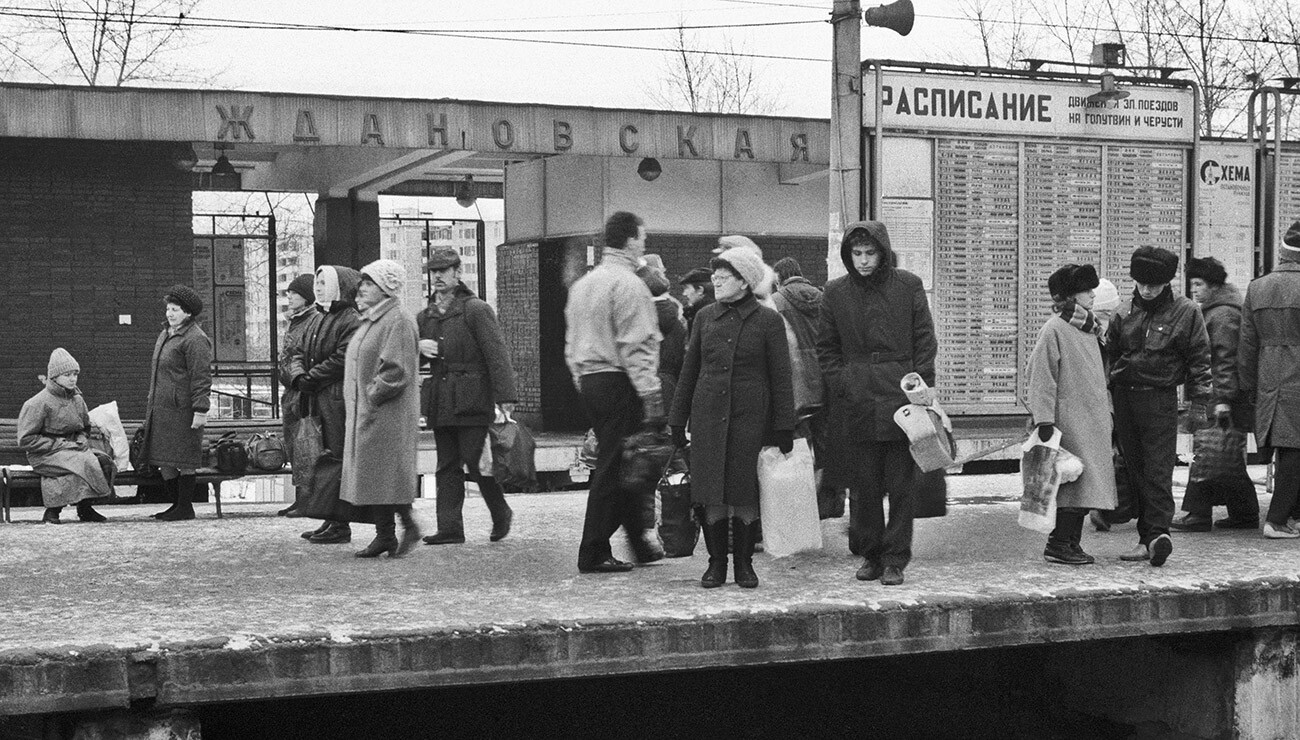 The investigation revealed that “earnings”' of this kind were routine for the policemen. Initially, on examining the wallets of drunks, they would help themselves to some of the victim’s wages that they found there. Then, they started to take all the money they found and to beat up and even murder passengers out late at night. They once killed a young man returning from a wedding for his bottle of sparkling wine.

These kinds of practices, it turned out, were not just typical of the 5th department, but were also widespread in other districts of the capital. It frequently happened that the courts and prosecutor’s office connived at covering up these crimes to avoid tarnishing the unblemished image of the Soviet police.

On that day, a large part of the law enforcement officers on duty at Zhdanovskaya station were drunk themselves. The soberest of them, Selivanov, reported to his duty officer that a KGB man had been detained at the station and badly beaten up. Screaming that they had all taken leave of their senses, the duty officer demanded that the major be immediately released (the police did not have the authority to detain KGB personnel, even if they were drunk - this was a matter for the KGB itself). 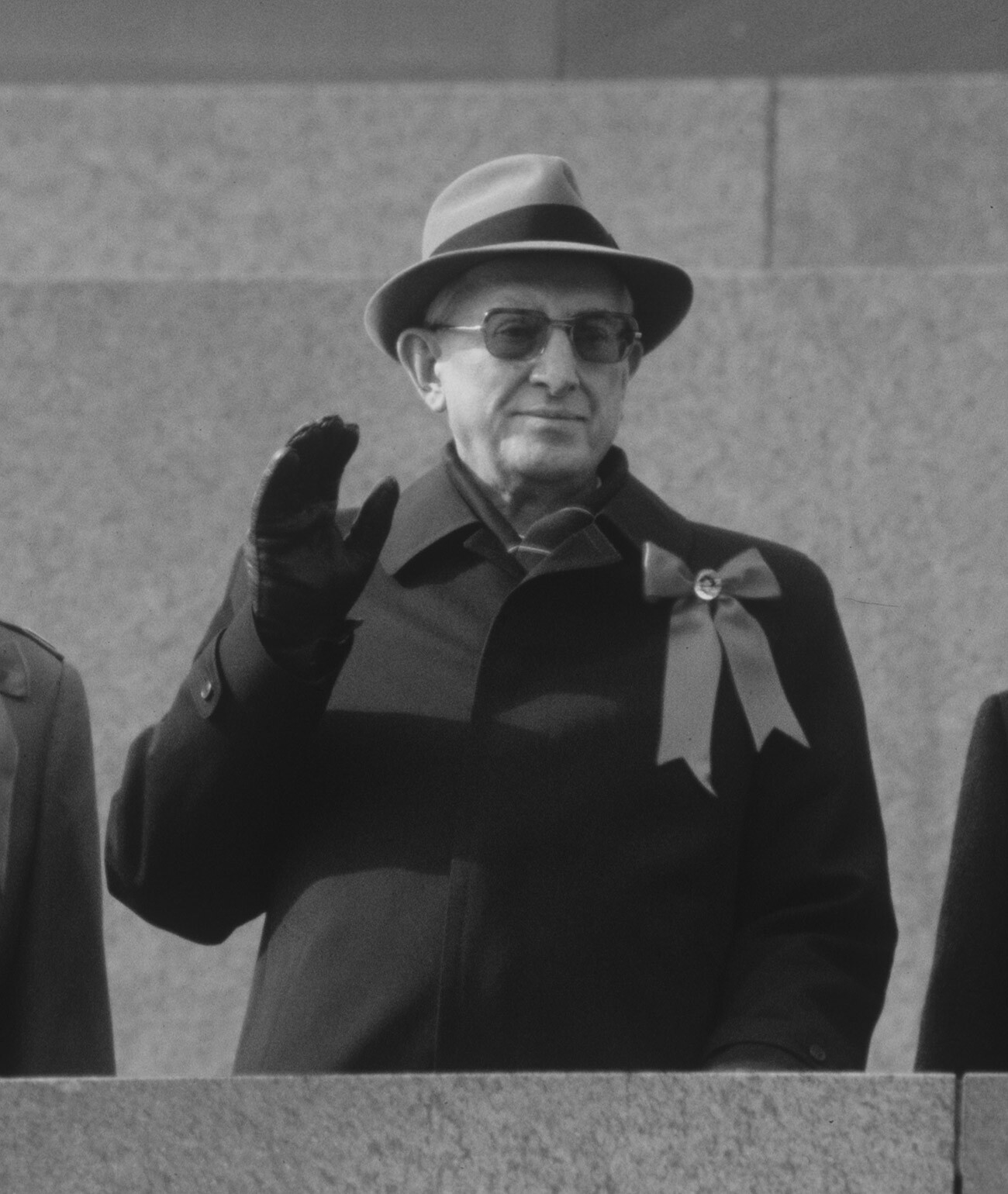 More or less collecting their faculties, the policemen let Afanasyev go. But, before leaving, the furious major uttered a phrase that was ultimately to cost him his life. “You scumbags, I’ll never forgive you for what you’ve done.” Realizing what trouble awaited them if the full details of the affair ever got out, the law enforcement officers caught up with the major, who had already returned to the platform, and dragged him back.

It was decided to murder the KGB officer and to cover everything up. The chief of the 5th police department, Boris Baryshev, himself came to Zhdanovskaya station for this purpose. It was his Volga that was used to take Afanasyev out of town, where he was finished off (as they thought) with a tyre lever and with blows from their boots. They took all the possessions he had on him and made it look like a robbery. On the way, they even managed to evade a traffic police vehicle that tried to stop them for careless driving. But the vehicle did manage to take down the Volga's license number.

Minister in the firing line

The Afanasyev case was the thread which led to the unraveling of a tangled web of crimes and cover-ups inside Ministry of Internal Affairs structures. In the course of the probe, Prosecutor General’s Office investigators complained of surveillance on the part of the internal affairs bodies and members of the KGB’s special Alpha sub-unit were assigned to protect them. They provided escorts for the accused, in order to prevent them from escaping.

On July 21, 1982, Boris Baryshev, senior inspector Nikolai Rassokhin and policemen Nikolai Lobanov and Alexander Popov were sentenced to death by firing squad. A whole series of other members of the police were sentenced to various terms in jail. Wholesale purges and sackings swept not just the 5th Moscow City police department, but also a whole series of other police departments in the Soviet capital. 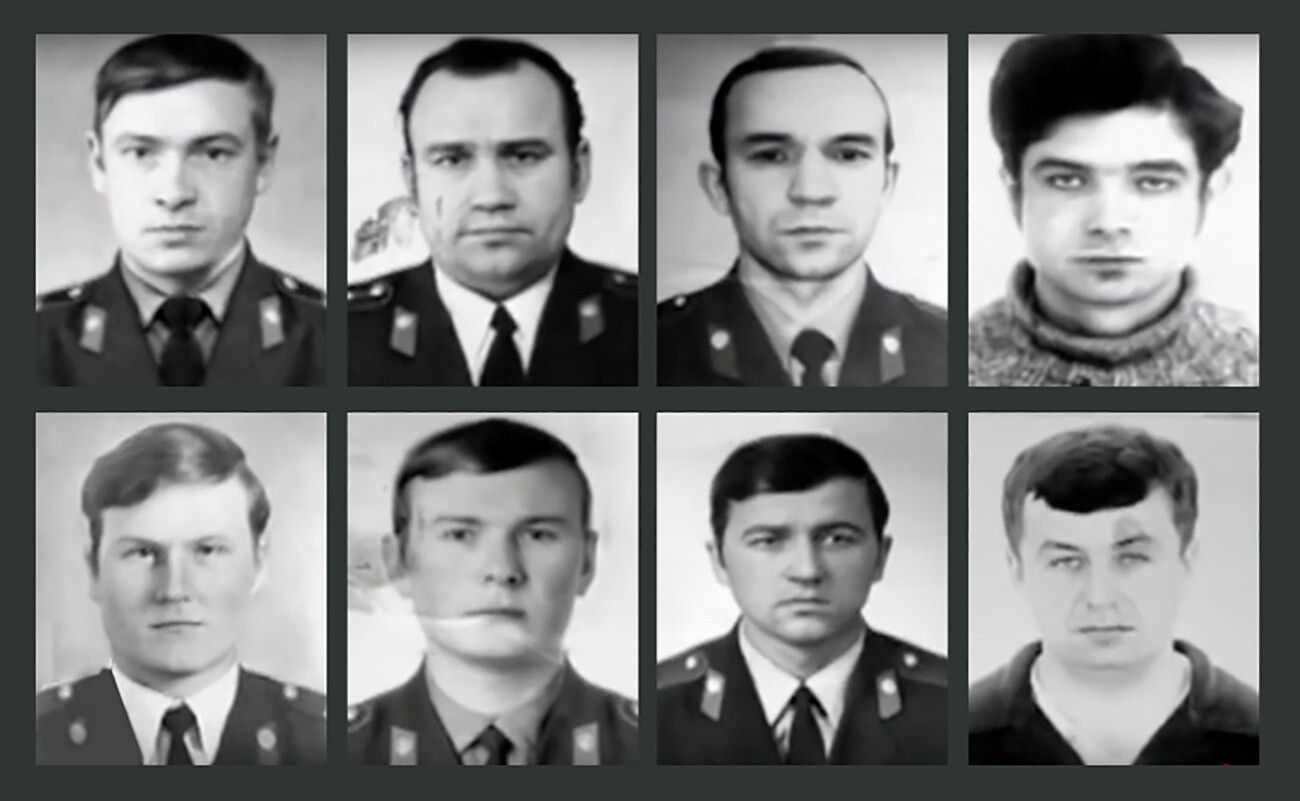 Policemen related to murder of Afanasyev.

This was not the end of the matter. A comprehensive check on the work of the Internal Affairs Ministry was launched, revealing numerous abuses in the ranks of the police throughout the country. A crushing blow had been dealt to the authority of the police. For a long time to come, people would regard members of the law enforcement bodies on duty at Metro stations with resentment and fear.

On December 17, 1982, a month after the death of his protector and backer Leonid Brezhnev, Nikolai Shchelokov was dismissed as minister of internal affairs after being accused of corruption. He was expelled from the Communist Party of the Soviet Union and deprived of his Army General rank, his Hero of Socialist Labor award and all his other honors, except for those he had earned in World War II.

On December 10, 1984, the despondent ex-minister wrote a letter to Soviet leader Konstantin Chernenko, in which he claimed he “did not breach the rule of law, did not betray the party line and did not take anything from the state”. Three days later he shot himself.