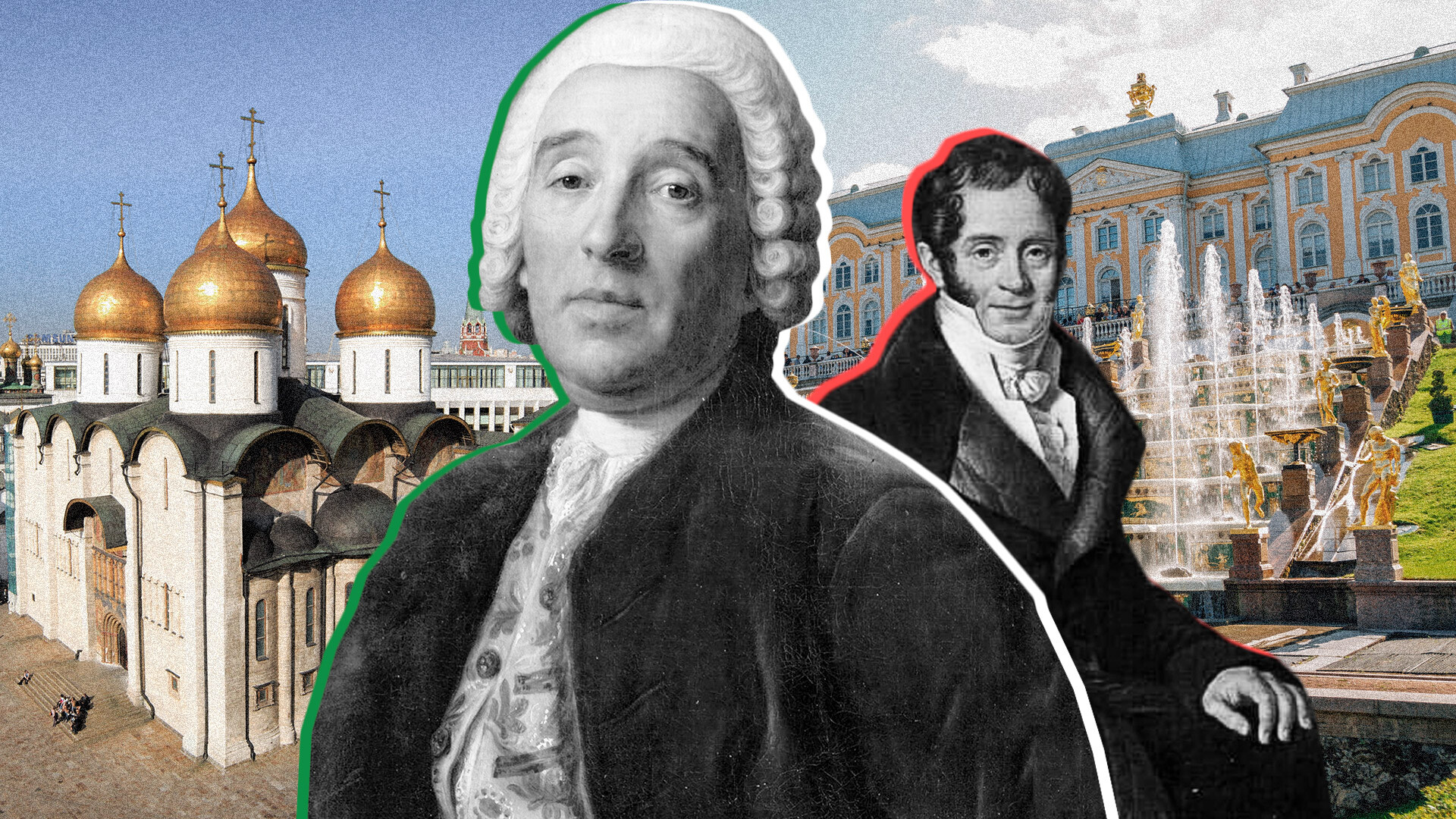 Russia Beyond (Photo: Pietro Antonio Rotari de Conte; Public Domain; Legion Media)
No other foreigners made such an enormous contribution to the development of Russian architecture as the Italians. 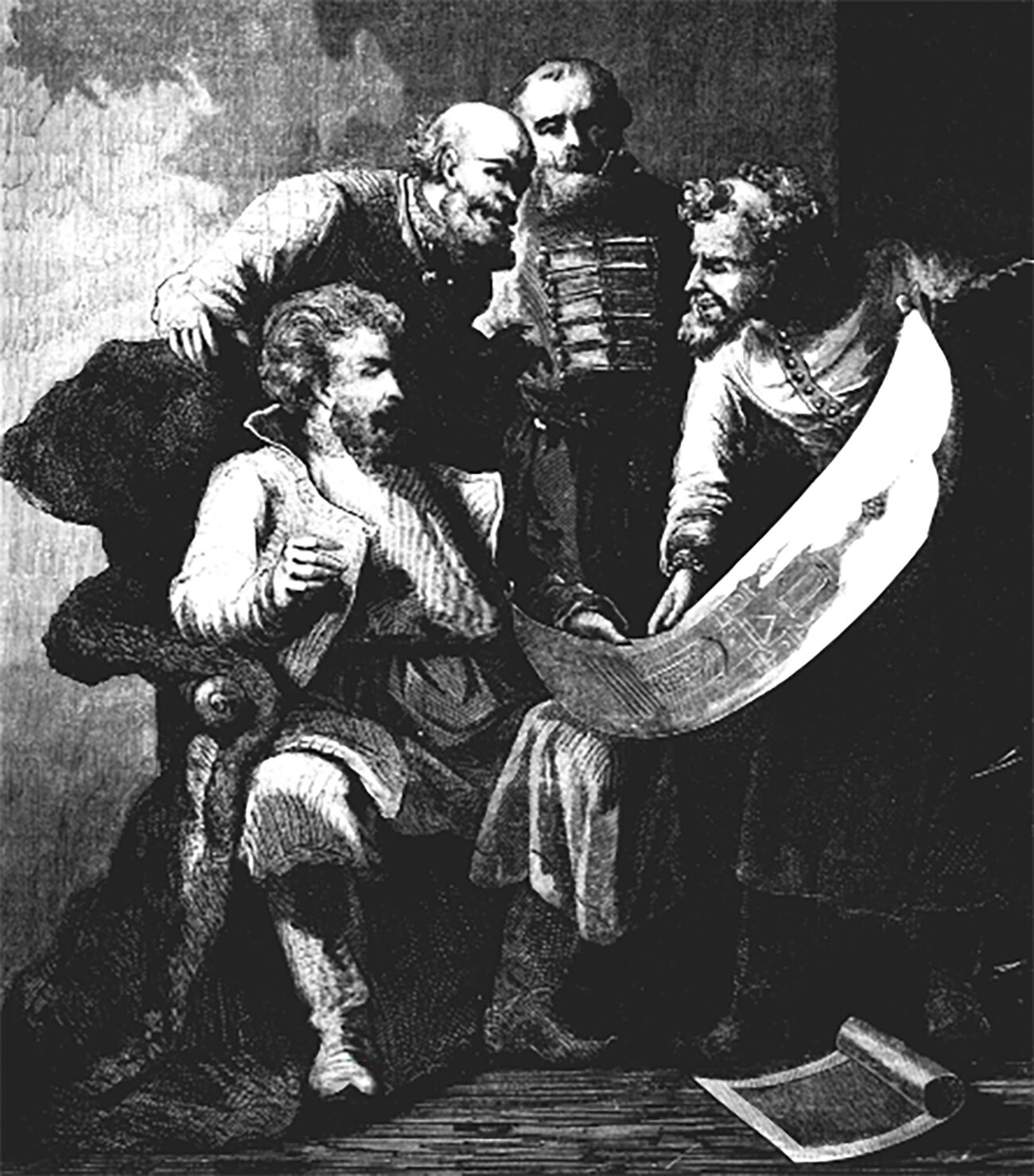 When, in 1475, Italian architect Aristotele Fioravanti arrived at the Court of Grand Prince of Moscow Ivan III, he couldn’t have imagined that the ruler would never let him go back.

The native of Bologna was commissioned to build the Dormition Cathedral in the Moscow Kremlin, which subsequently became one of the most important Orthodox churches in the country. Construction had started before the arrival of the Italian but, owing to errors in calculations and the poor quality of building materials, the cathedral had collapsed when almost finished. 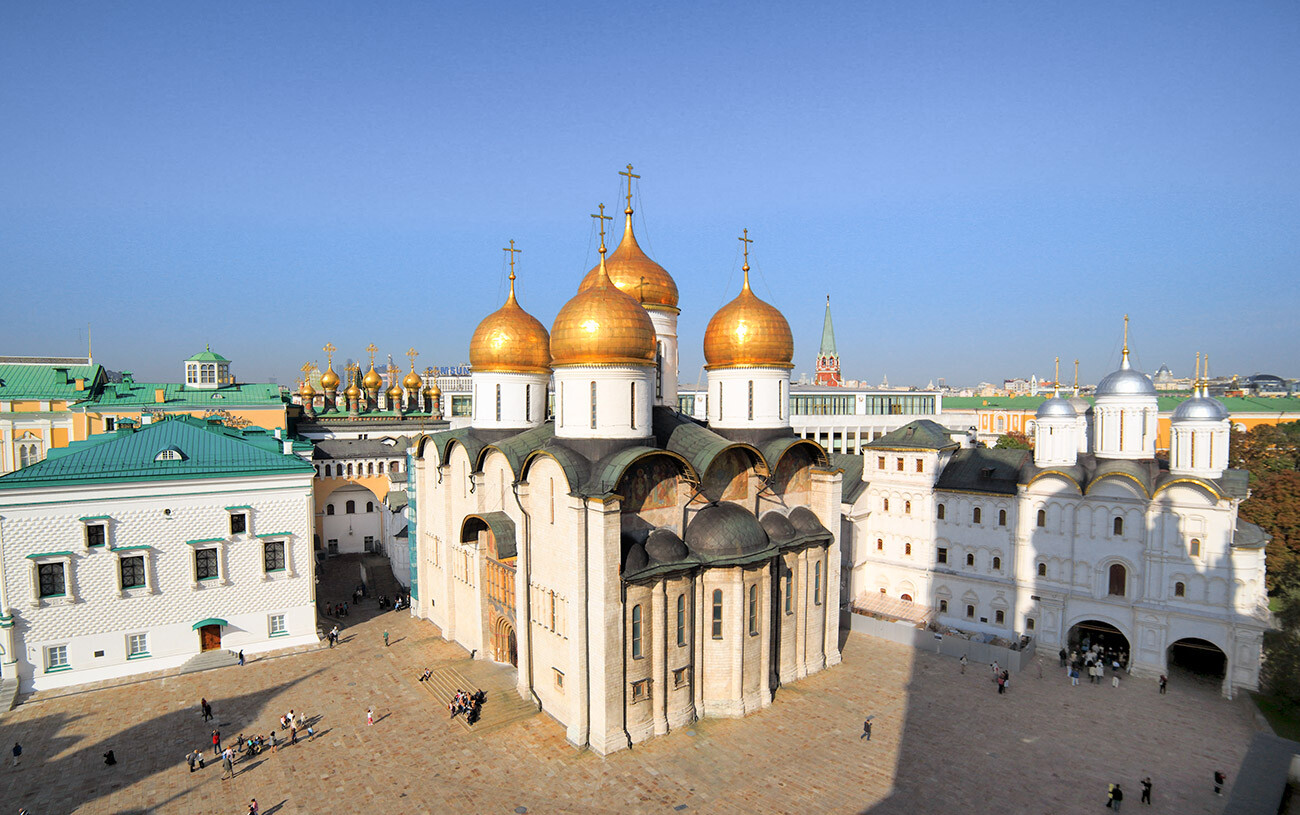 Fioravanti harshly criticized the work of the Russian builders and started from scratch. Deep trenches, atypical for Russia, were dug for the foundations, into which massive oak piles were driven. The Italian architect organized production of very strong rectangular bricks nearby and used them for the construction of the church, along with traditional white stone. In 1479, the cathedral was completed and consecrated.

A delighted Ivan III entrusted his architect with work on the walls and towers of the Kremlin and Cannon Court and also engaged him as a military engineer and artillery commander in military campaigns against Novgorod, Kazan and Tver. Despite Fioravanti’s desire to return to Italy, the Ruler of All Russia did not let him go and, for an attempt to escape, Fioravanti was thrown into prison for a short while. After 1485, all traces of the talented Aristotele Fioravanti were lost. 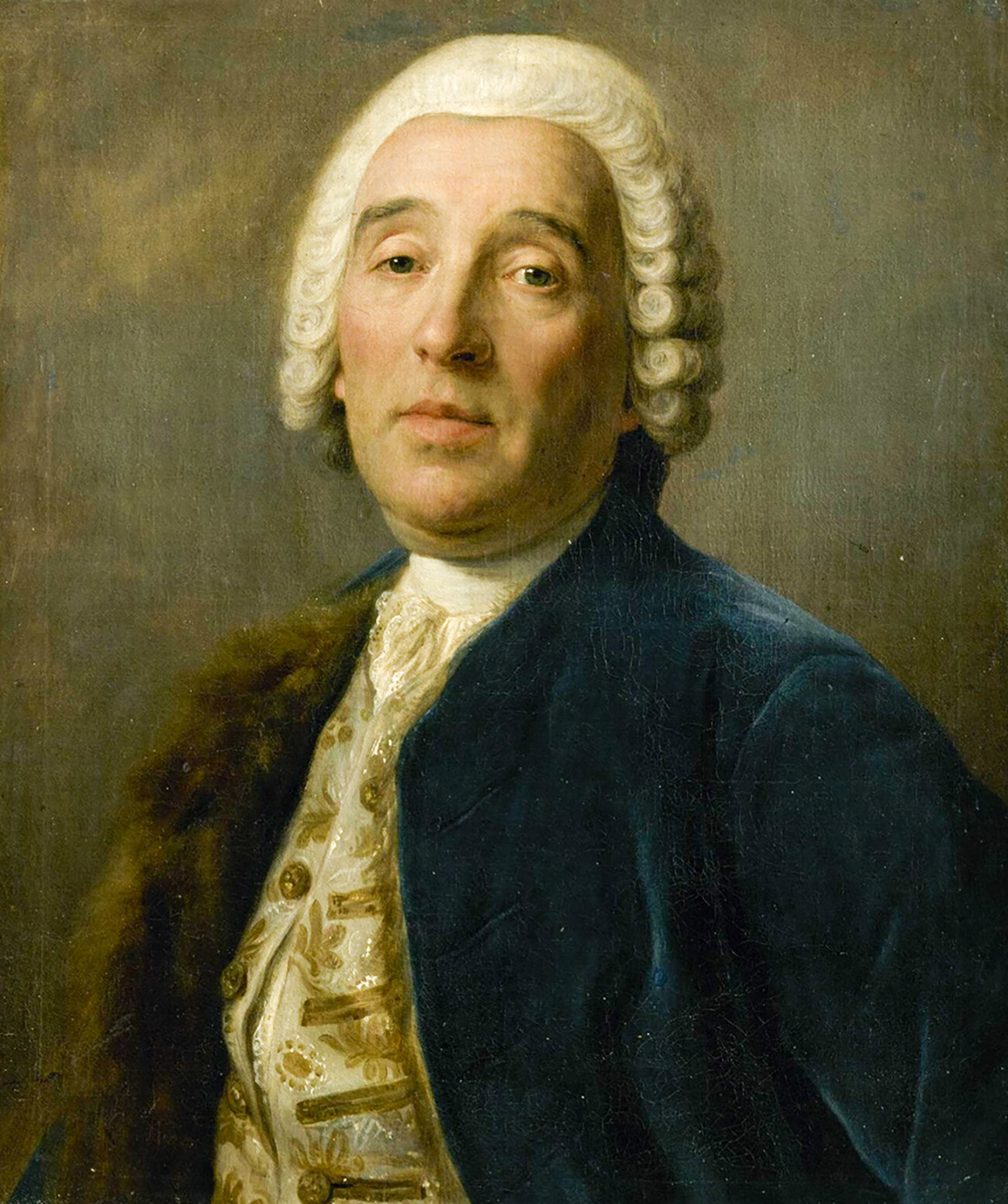 Famous architect Bartolomeo (Varfolomey Varfolomeyevich) Rastrelli managed to work for seven Russian emperors and empresses and almost all of them treated him very favorably. The professional career of the talented Italian, however, was at its height during the reign of Elizabeth Petrovna (1741-1762), for whom he built 12 palaces.

Nowadays, Rastrelli’s masterpieces can be found in Russia, Ukraine and Latvia. Among the most famous are the Grand Palace in Peterhof, the Catherine Palace in Tsarskoye Selo and the Winter Palace in St. Petersburg, as well as the Mariinsky Palace in Kiev, in which the Ukrainian president nowadays receives senior foreign guests. 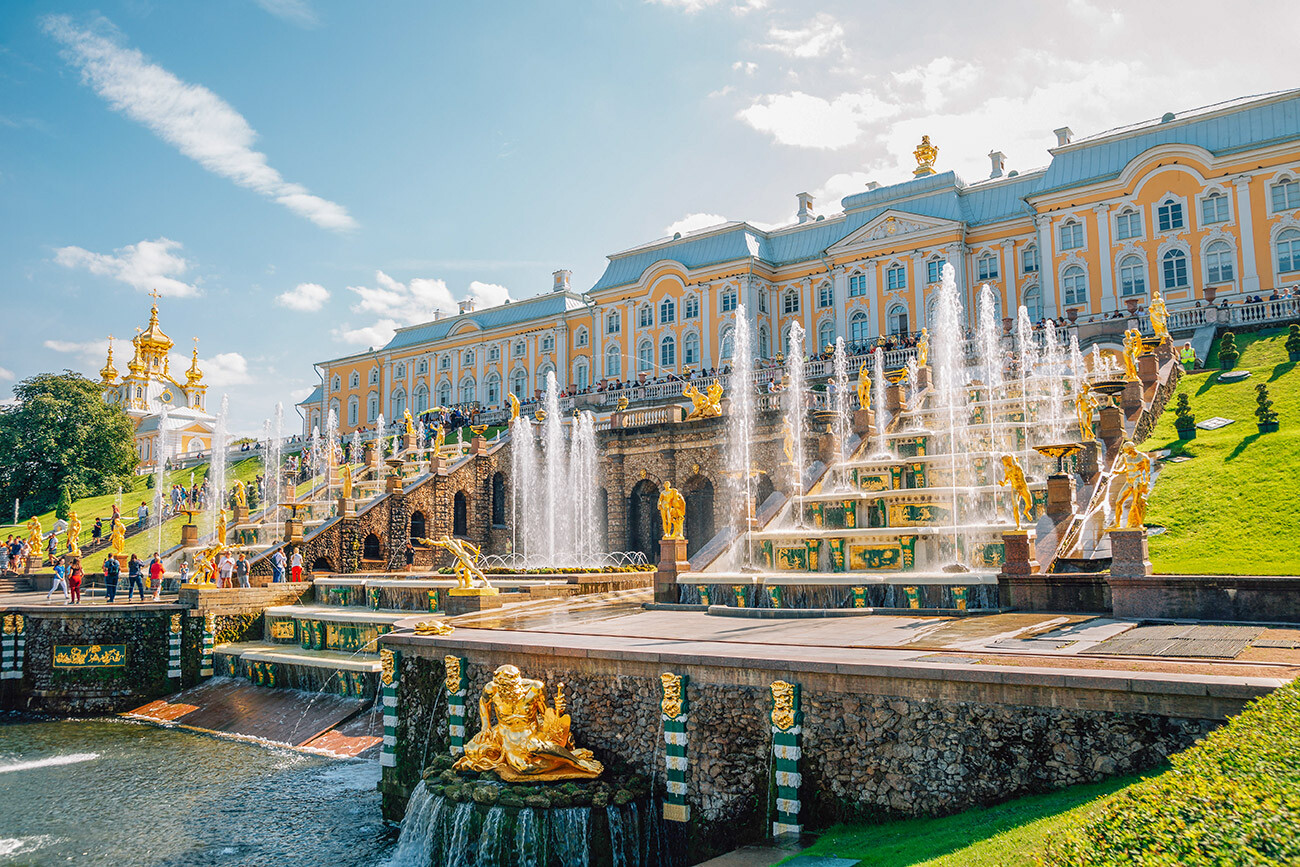 Rastrelli didn’t confine himself to palaces. The Italian architect also built cathedrals, churches and monasteries, as well as private houses commissioned by nobles. The latter were similar to imperial residences, but were smaller in size and more modest in decoration.

Catherine the Great, who ascended the throne in 1762, was not a big fan of the splendor and decor of Baroque and soon had Rastrelli replaced as court architect with another Italian, Antonio Rinaldi. Rastrelli failed to show his worth anywhere else and, until his death in 1771, he lived on the pension that the empress had granted him.

In one of his last letters, Varfolomey Varfolomeyevich wrote: “It is quite surprising that a man of such ability can find himself in a situation of such distress. An architect is valued here only when they need him. And yet, according to our deeds shall we be rewarded.” 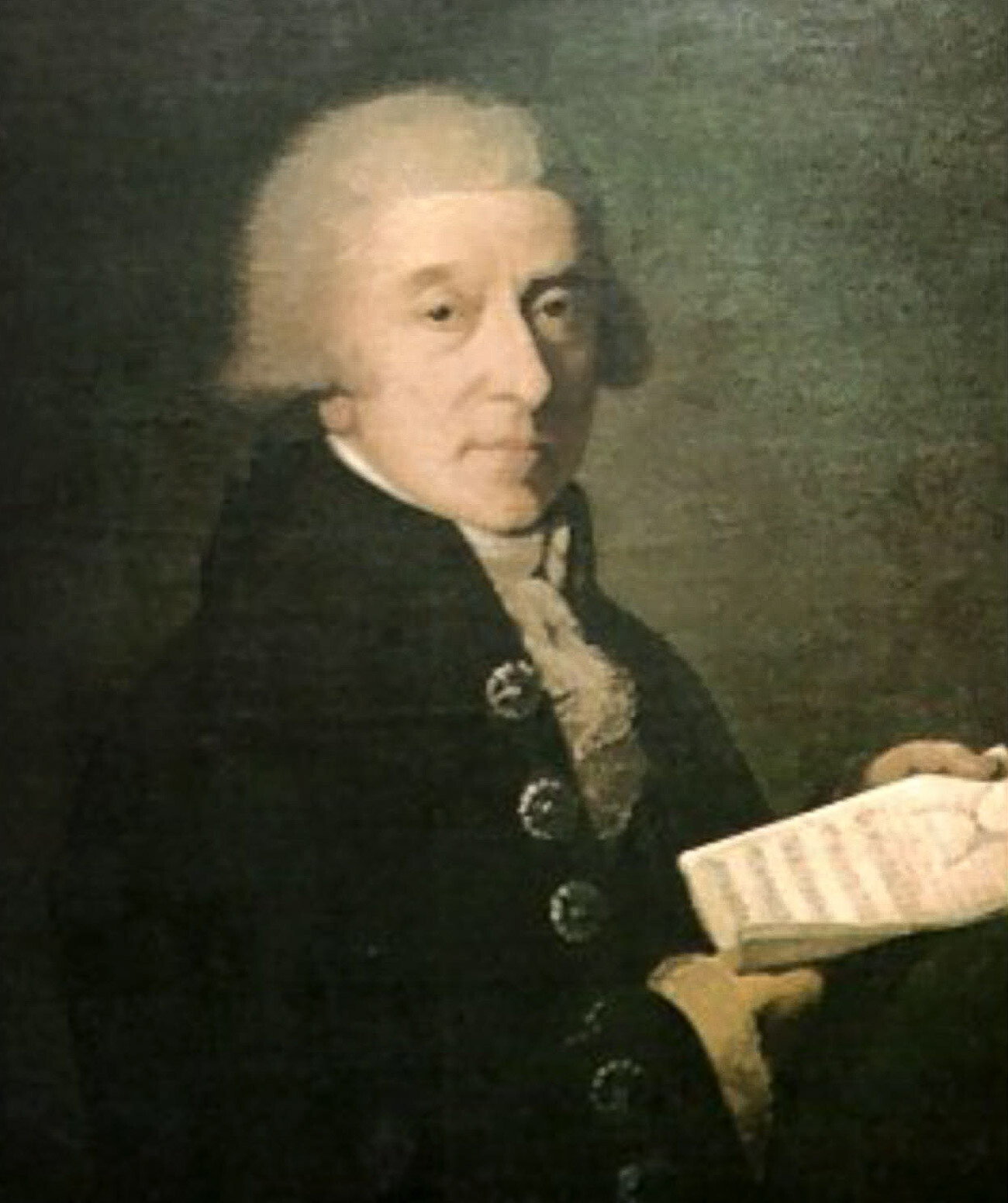 Italian composer, conductor and teacher Giuseppe Sarti was a highly idiosyncratic individual. Despite having lived in Denmark for 20 years and composing 24 operas there, he never learned Danish and relied on word-for-word translations in his work.

The composer followed the same principle in Russia, where he arrived at the invitation of Catherine the Great in 1784. As Court Kapellmeister, Sarti wrote eight operas, a ballet and some 30 vocal and chorus works, as well as staging the musical spectacle ‘The Early Reign of Oleg’, for which the empress herself had written the libretto.

The salutatory choruses and monumental cantatas that Giuseppe Sarti composed were performed at ceremonies and celebrations until the coronation of Nicholas I in 1826, while the so-called “St. Petersburg concert pitch” measured by the composer (the reference pitch used as a tuning standard for musical performances) was used for almost an entire century in Russia until 1885. 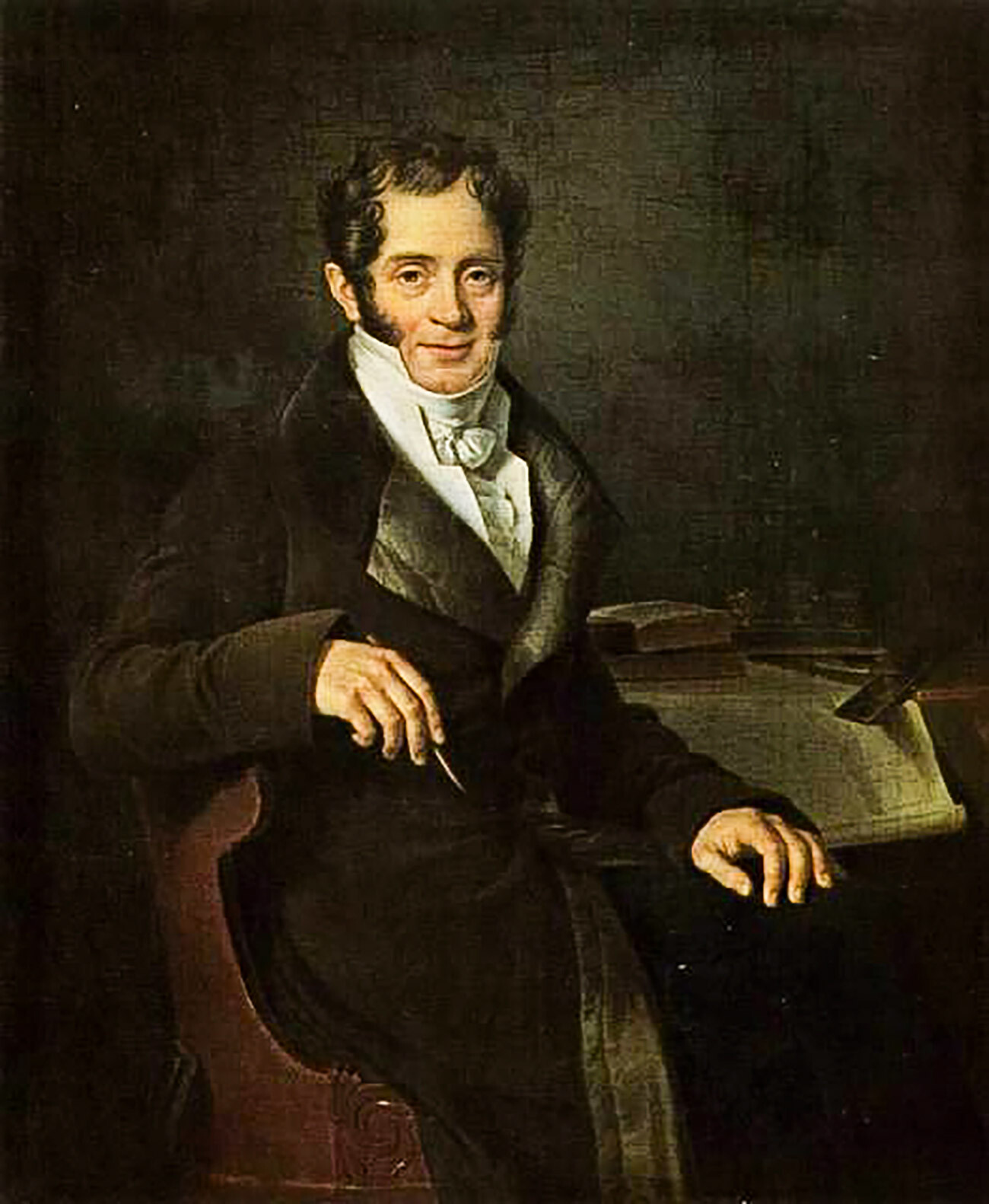 Initially, the Russian authorities had little faith in the young architect, who had just completed his studies at the Accademia di Belle Arti in Florence. They dismissed a plan he submitted in 1804 for the remodeling of the Admiralty Embankment as frivolous and sent the Italian to work as an artist at the Porcelain Factory.

Rossi, who was known for his tenacity, did not give up and, after two years at the factory, he took up architecture again and designed several buildings in Tver and Moscow. Coming back to the capital of the Russian Empire, he was soon appointed chief architect of the St. Petersburg Committee for Structures and Hydraulic Works, which allowed him to embark on the large-scale redevelopment of the city. 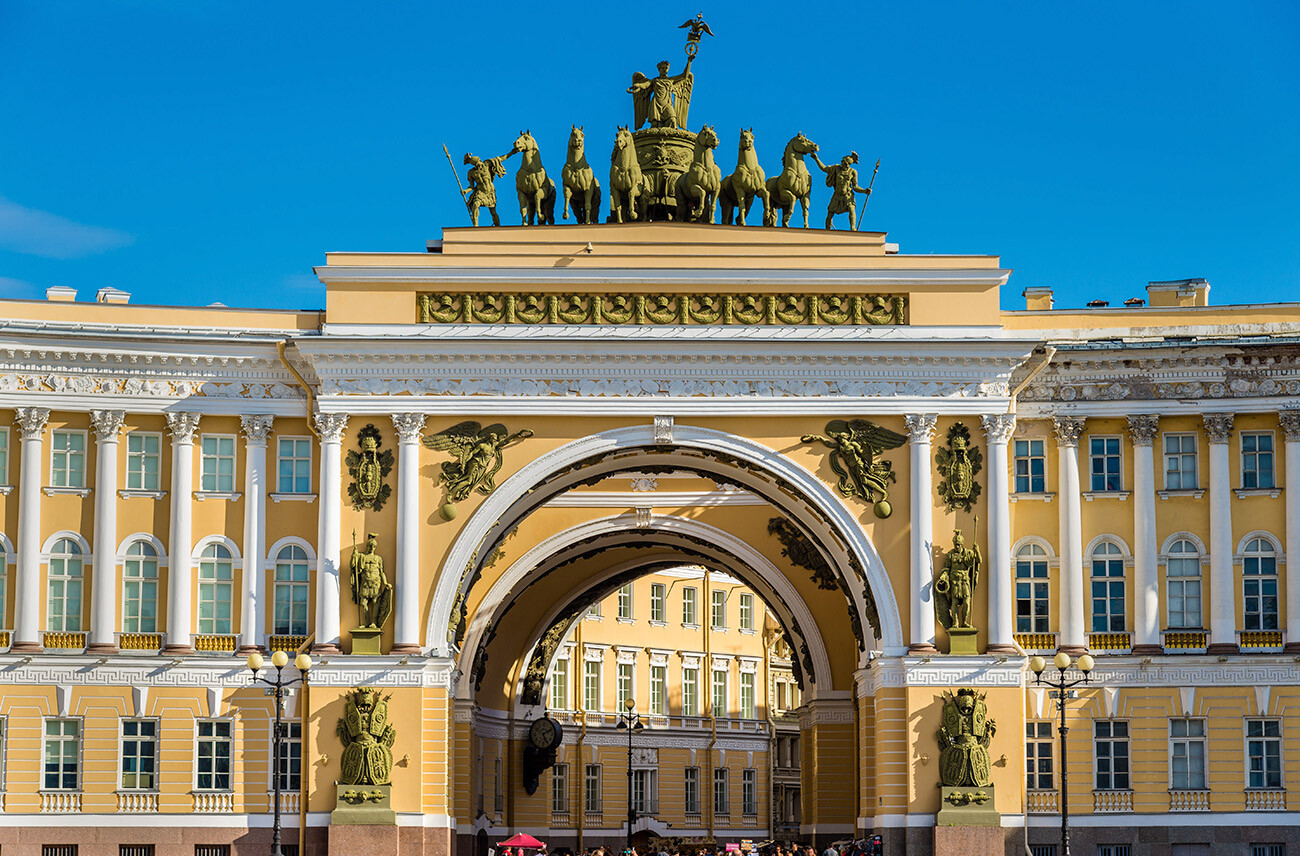 The triumphal arch on Palace Square.

Rossi was responsible for such monumental projects as the picturesque palace and park complex on Yelagin Island, the Mikhailovsky Palace, the General Staff building with its triumphal arch on Palace Square, and also the Senate and Synod buildings on Senate Square.

During work on the Alexandrinsky Theater in 1827, Rossi devised unique metal structures for the roofing, but, once again, misgivings were raised about the Italian. A committee instantly halted construction work, because of concerns about the innovative technique.

Without further ado, Karl Ivanovich sent a letter to Minister of the Imperial Court Prince Peter Volkonsky, in which he declared that “should any sort of misfortune arise in the aforementioned building from the installation of metal roofs, let me be hanged that very hour from one of the roof girders of the theater as an example to others”. It was decided to build a model and carry out load tests, which Rossi’s ceilings splendidly withstood. 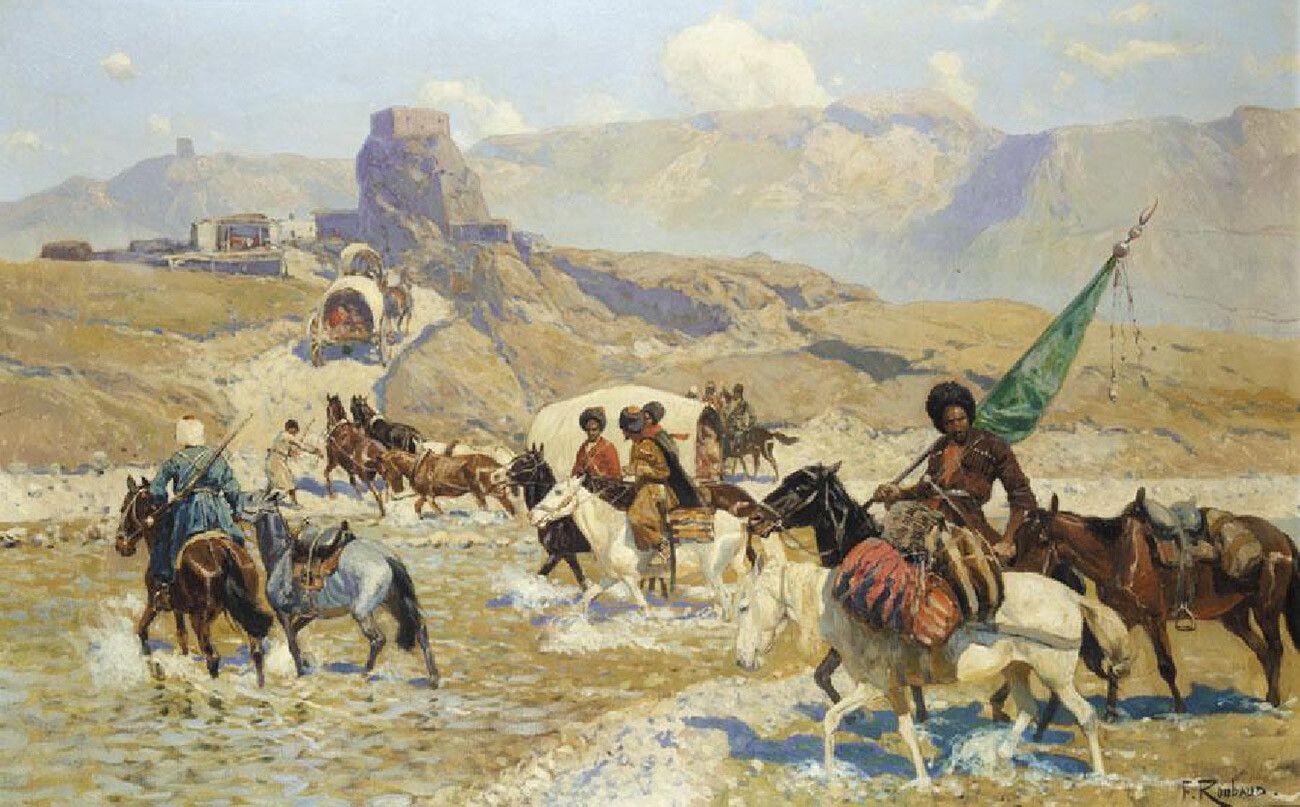 Far from all the Italians in Russia worked in the cultural field. Military specialists from the Italian Peninsula entered the service of Russian tsars from the 15th century onwards. One of them was Tuscan-born Giovanni (Ivan Petrovich) Delpozzo, who joined the Russian army as a volunteer in 1775.

After 20 years of excellent service, Col. Delpozzo submitted a personal request of some kind to Emperor Paul, which the latter considered “improper” and dismissed him. Ivan Petrovich settled in a fortress in the Caucasus on the River Terek, where he was already preparing for a dreary old age when an unfortunate turn of events came to his rescue. 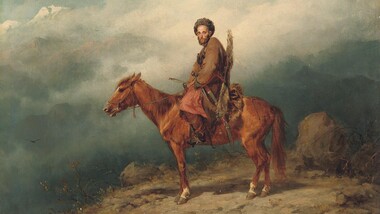 The Russian Caucasus in the paintings of artists

Delpozzo was taken captive by mountain tribesmen and only released a year later on payment of a ransom. In recognition of the ordeal he had endured, he was readmitted into military service with the rank of major-general and appointed overseer of the Kabardian people. His new remit included doing everything possible to win over influential mountain tribesmen to the Russian side, while also creating divisions among them. The Tuscan’s excessively benign and cautious policy displeased his superiors, however and, in 1810, they transferred him to be head of the Vladikavkaz District.

Receiving command of a fortress and a garrison regiment, Ivan Delpozzo acquitted himself with flying colors. He did a lot to enhance the safety of the strategically important Georgian Military Highway that passed across the Main Caucasus Range. Additionally, thanks to his efforts, Ingush tribes from the upper reaches of the River Sunzha, which had until recently been renowned for their extreme hostility to the Empire, accepted allegiance to Russia.