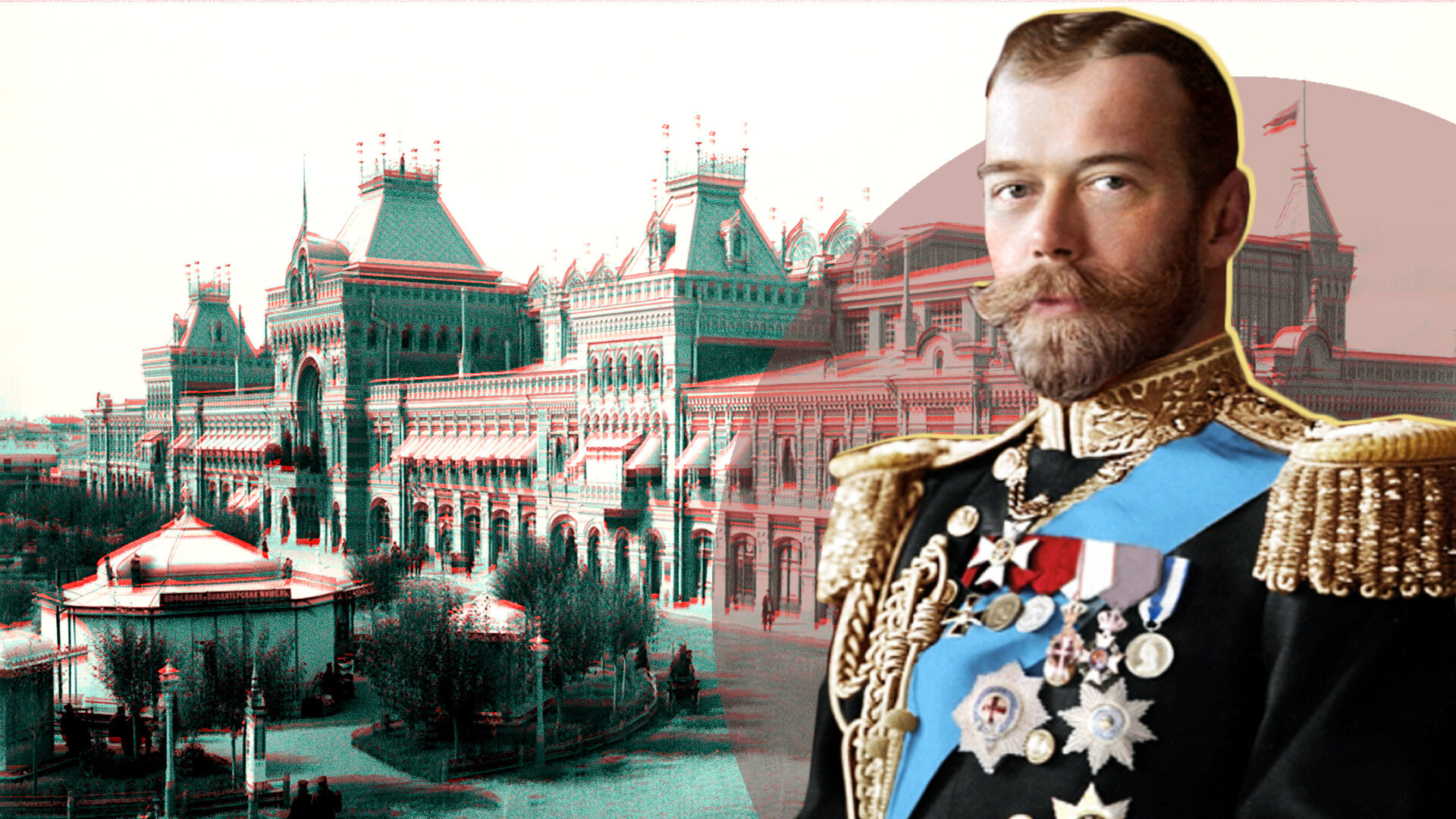 Russia Beyond (Photo: Maxim Dmitriev; Public domain)
In 1896, the biggest industrial and art exhibition in the history of Tsarist Russia was held in Nizhny Novgorod, the country’s main trading city. Here is what it was like. 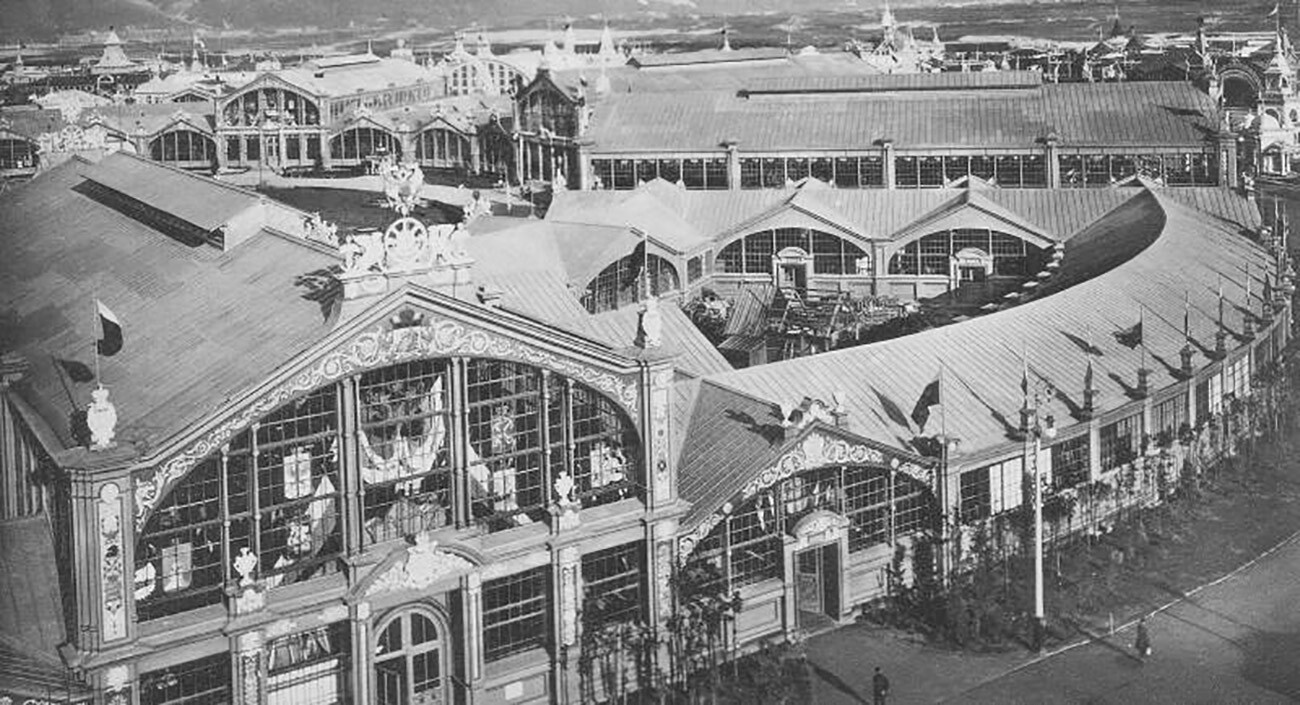 Central Pavilion of the exhibition

The Nizhny Novgorod Fair was one of the main trading venues in the Russian Empire. Merchants from all over the country, as well as enormous caravans and deliveries of merchandise from Asia and Europe, would arrive there. It was like a city within a city and occupied a large space at the confluence of the rivers Volga and Oka. 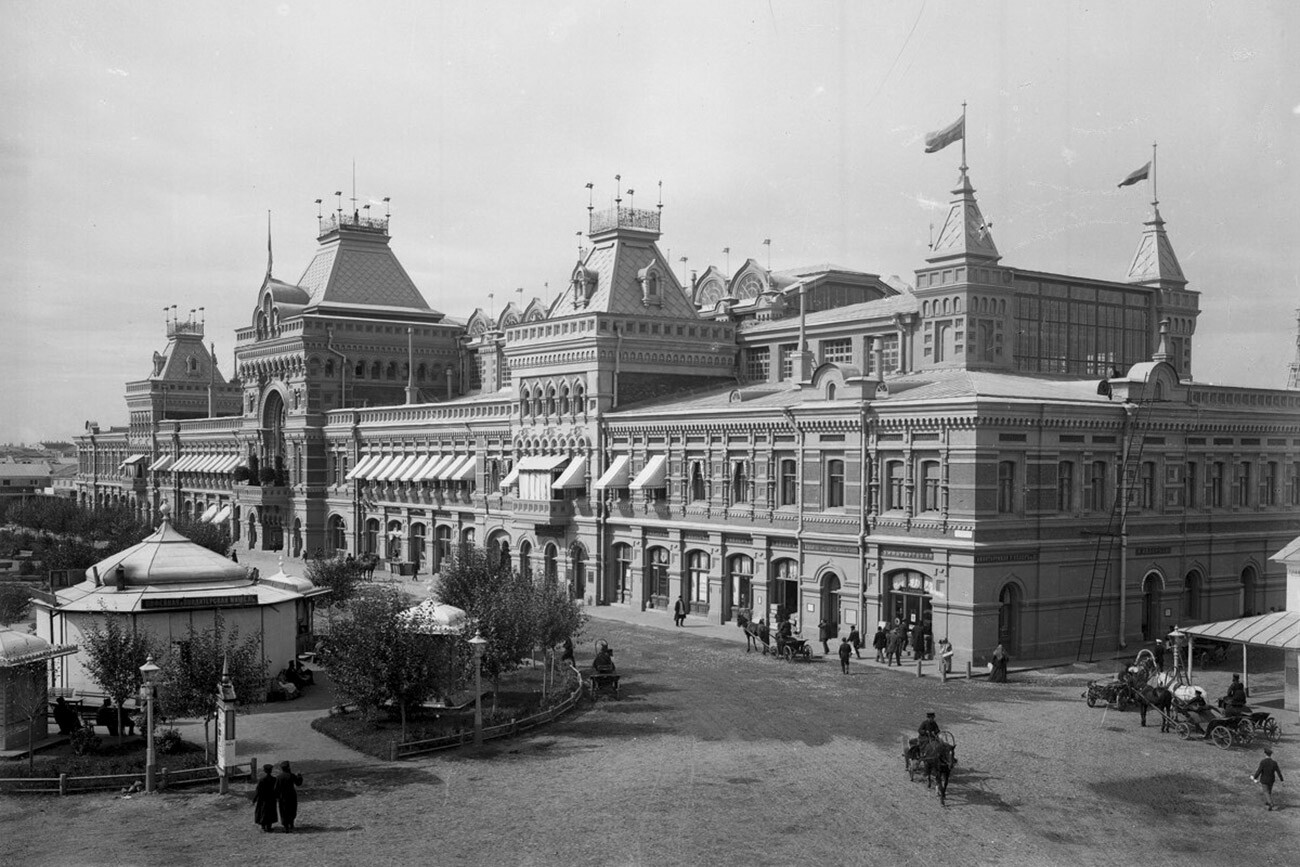 In the late 1890s, the fair’s popularity began to dwindle a little, so, by supreme edict, it was decided to organize a large-scale event to attract new investment. The Nizhny Novgorod Fair site was used as the venue for the 16th All-Russia Industrial and Art Exhibition in 1896. 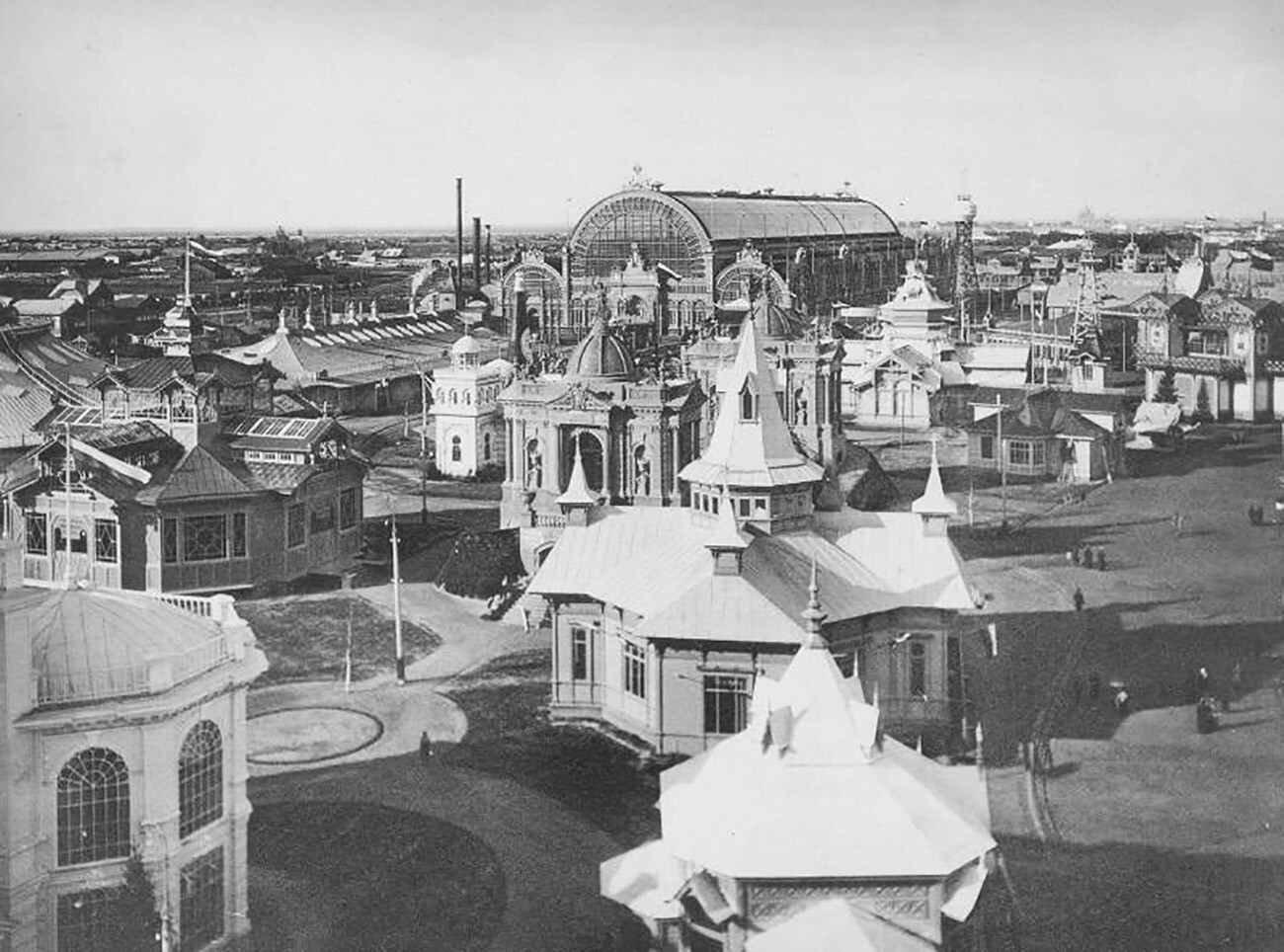 The exhibition, the biggest in scale in the history of the Russian Empire, was financed personally by Emperor Nicholas II, who had ascended the throne two years previously. 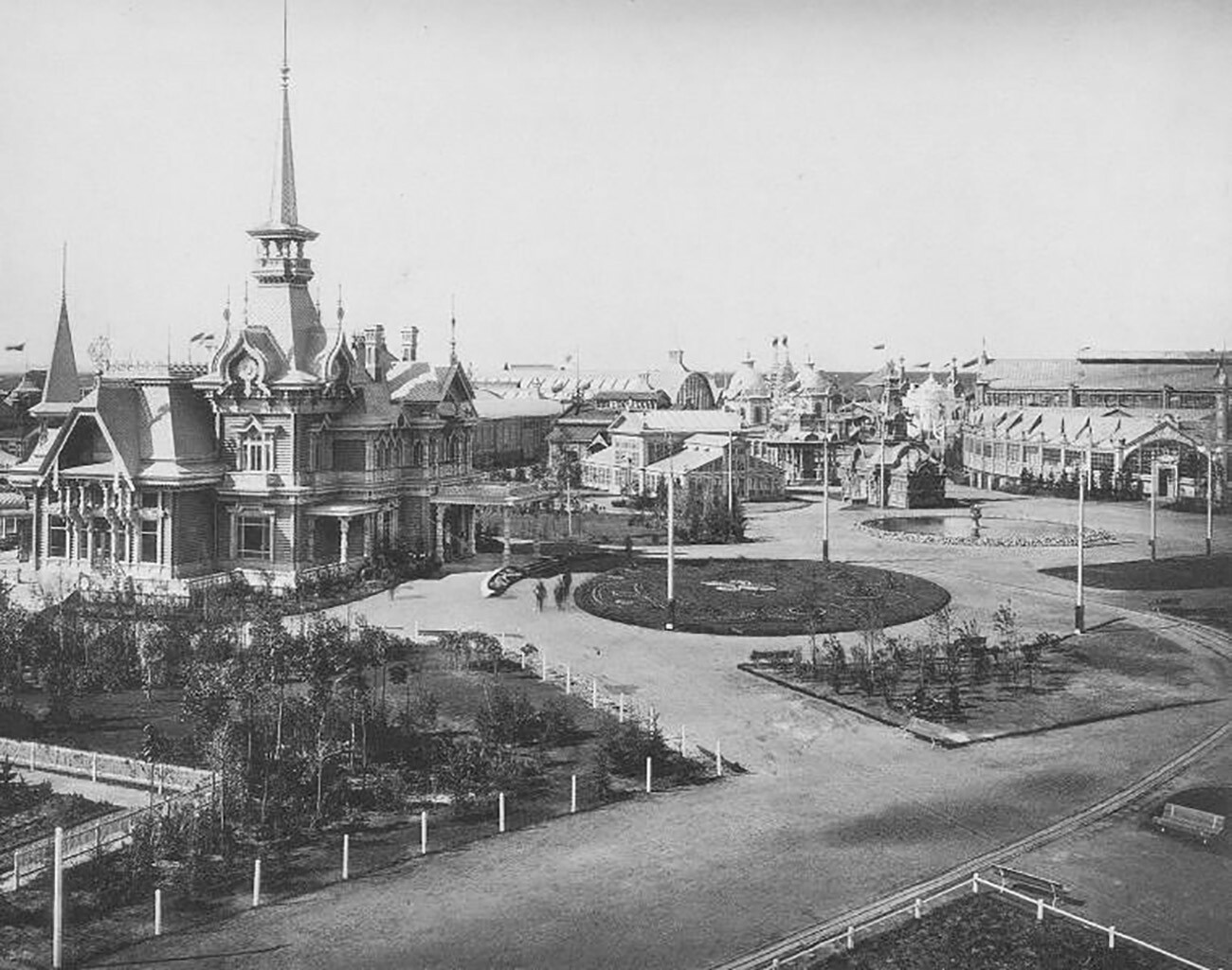 The exhibition ran from the end of May until October 1896. More than a hundred buildings and pavilions were built on an area of 84 hectares, among them: the Mining Industry Section; the Naval Section and the Manufacturing Section; the Horticulture and Fruit and Vegetable Growing Pavilion; the Arts Section; the Handicrafts Pavilion; and the Alcoholic Beverages Pavilion… to mention just a few. 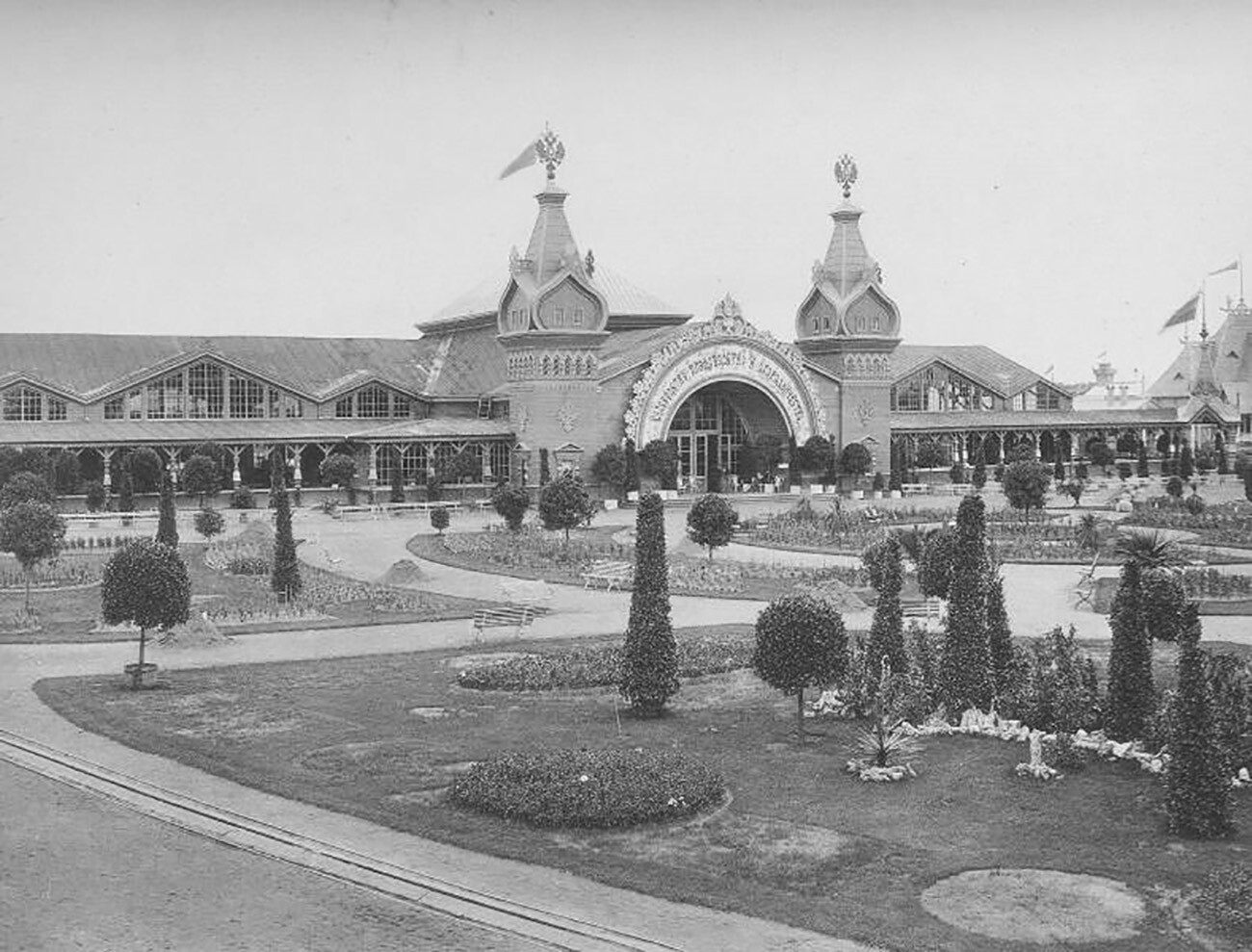 The architectural masterplan for the exhibition was drawn up by Alexander Pomerantsev. He also designed several buildings including the Imperial Pavilion, which was in the style of a carved wooden terem (traditionally decorated mansion). 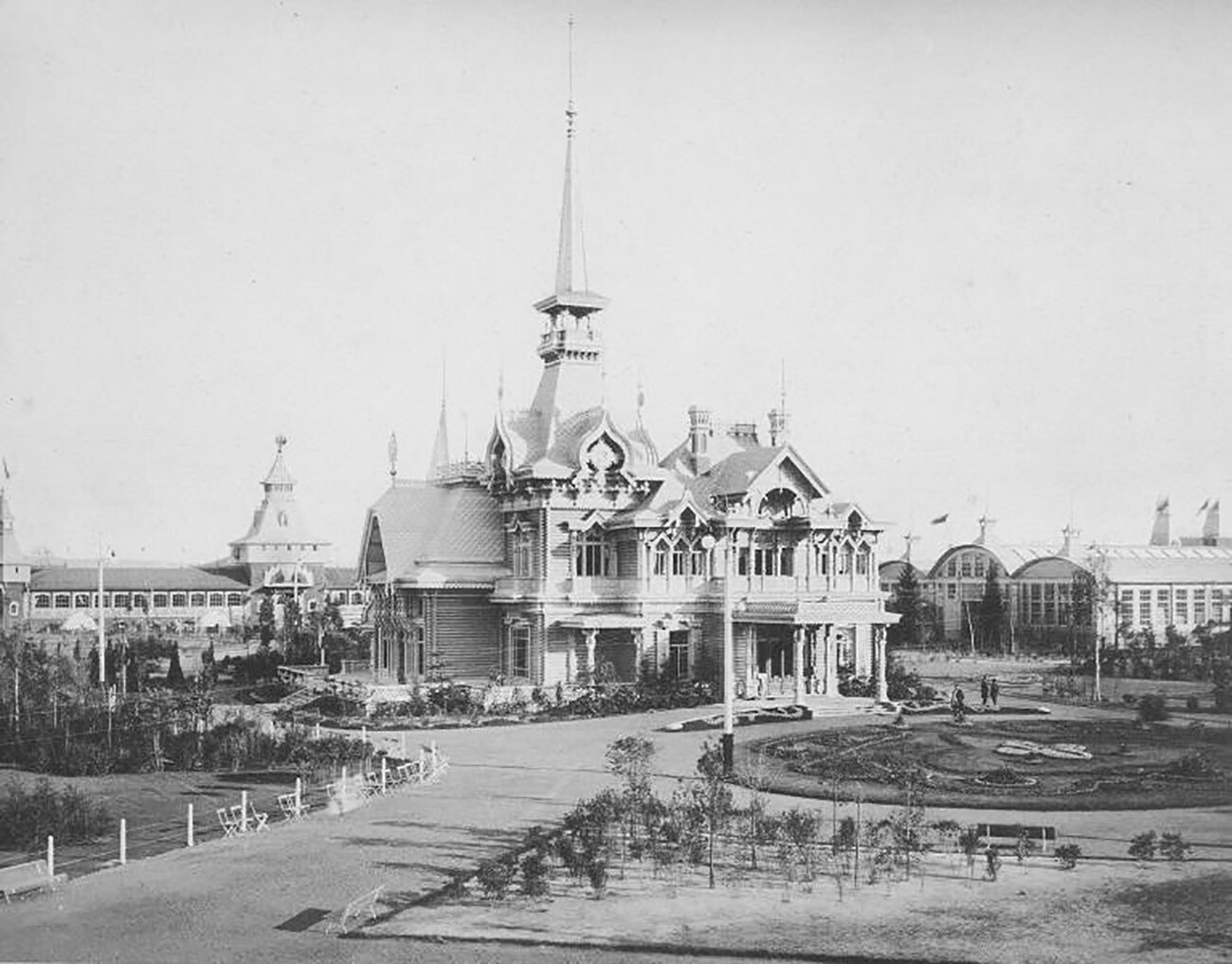 Imperial Pavilion in the Russian Style

A tram service was launched in the grounds of the fair specially for the exhibition - one of the first in the whole of the Empire. 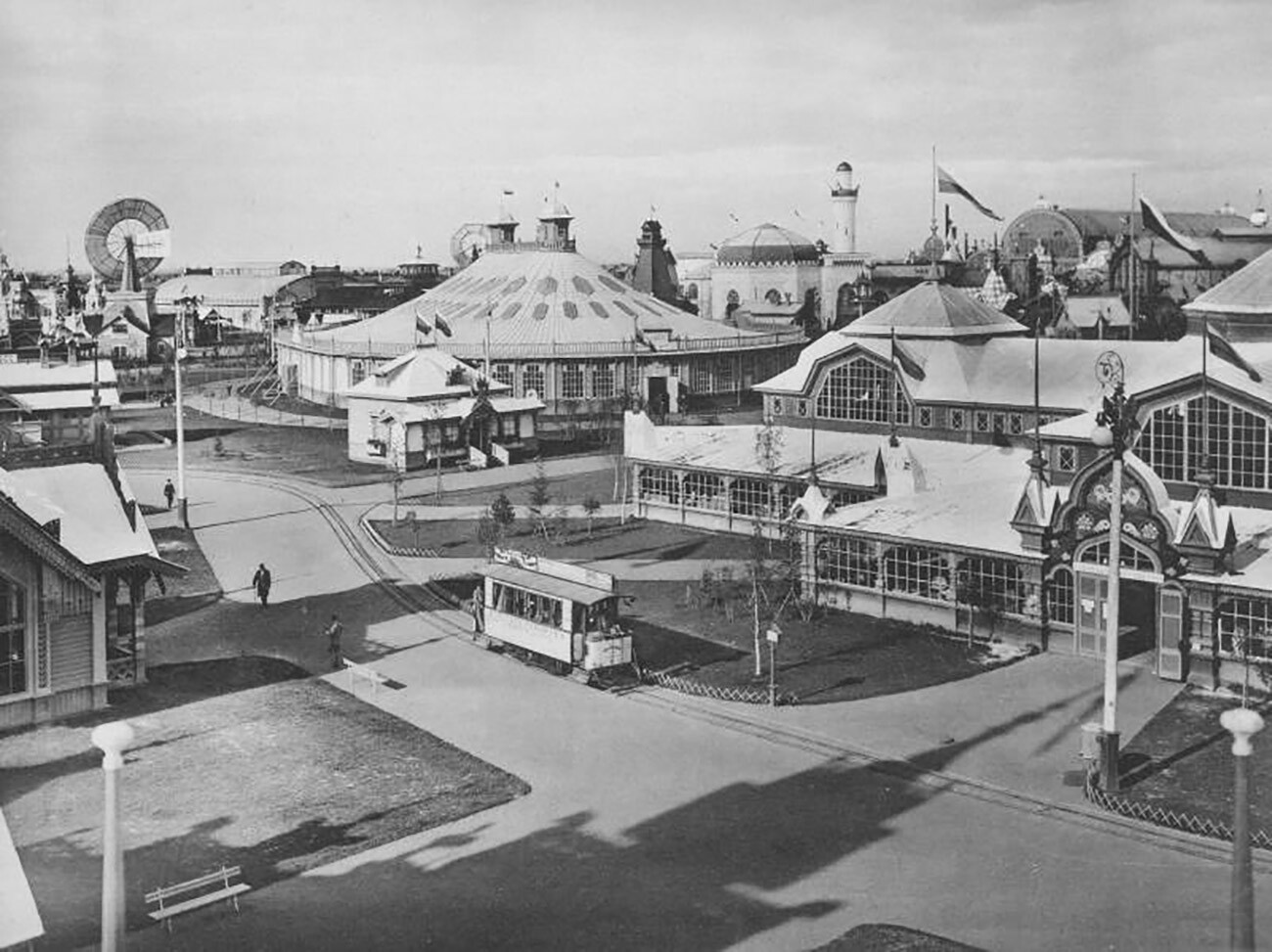 One of the main discoveries of the fair were engineer Vladimir Shukhov’s steel lattice structures, exhibited publicly for the first time. The ‘Shukhov Tower’ was the world’s first hyperboloid structure. 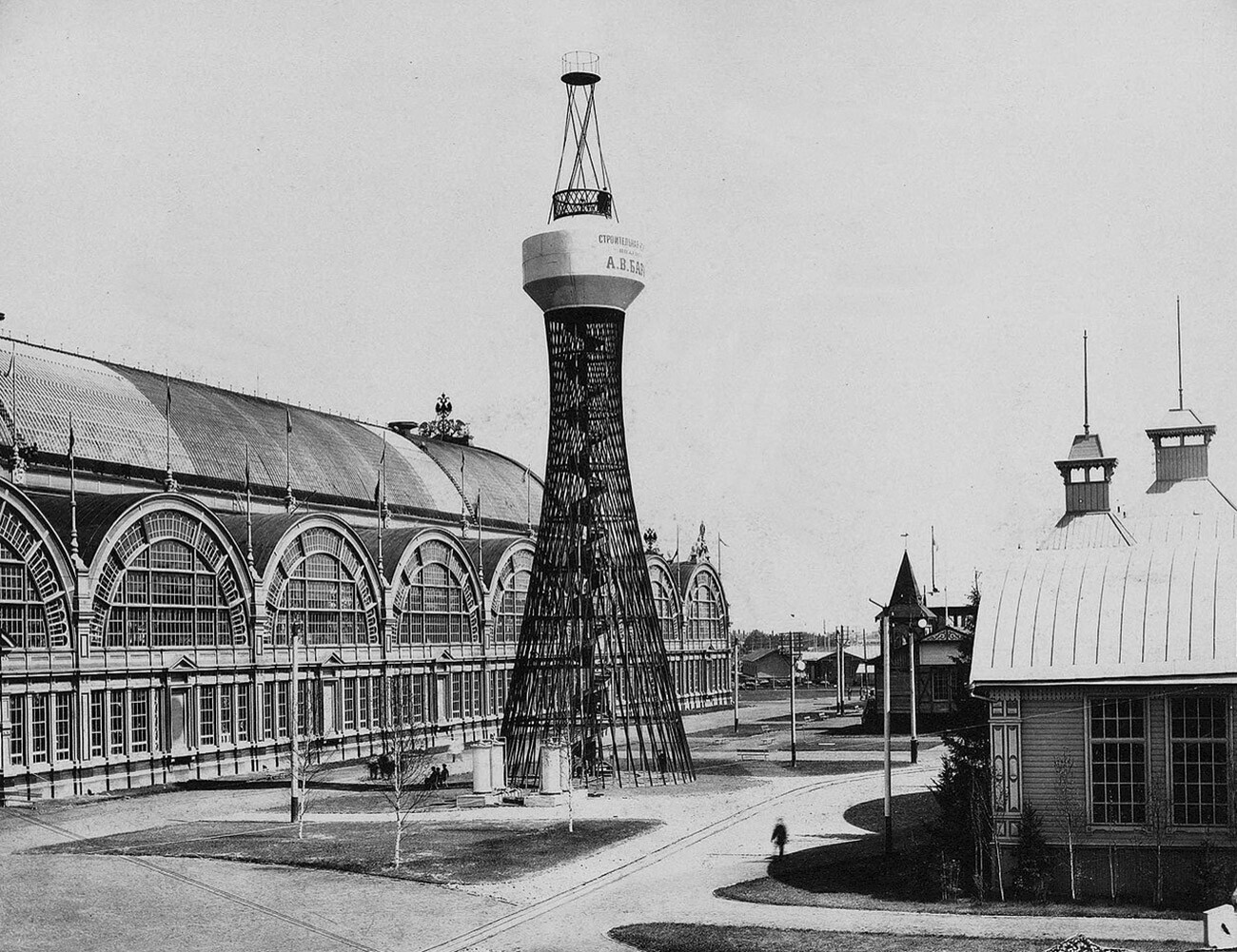 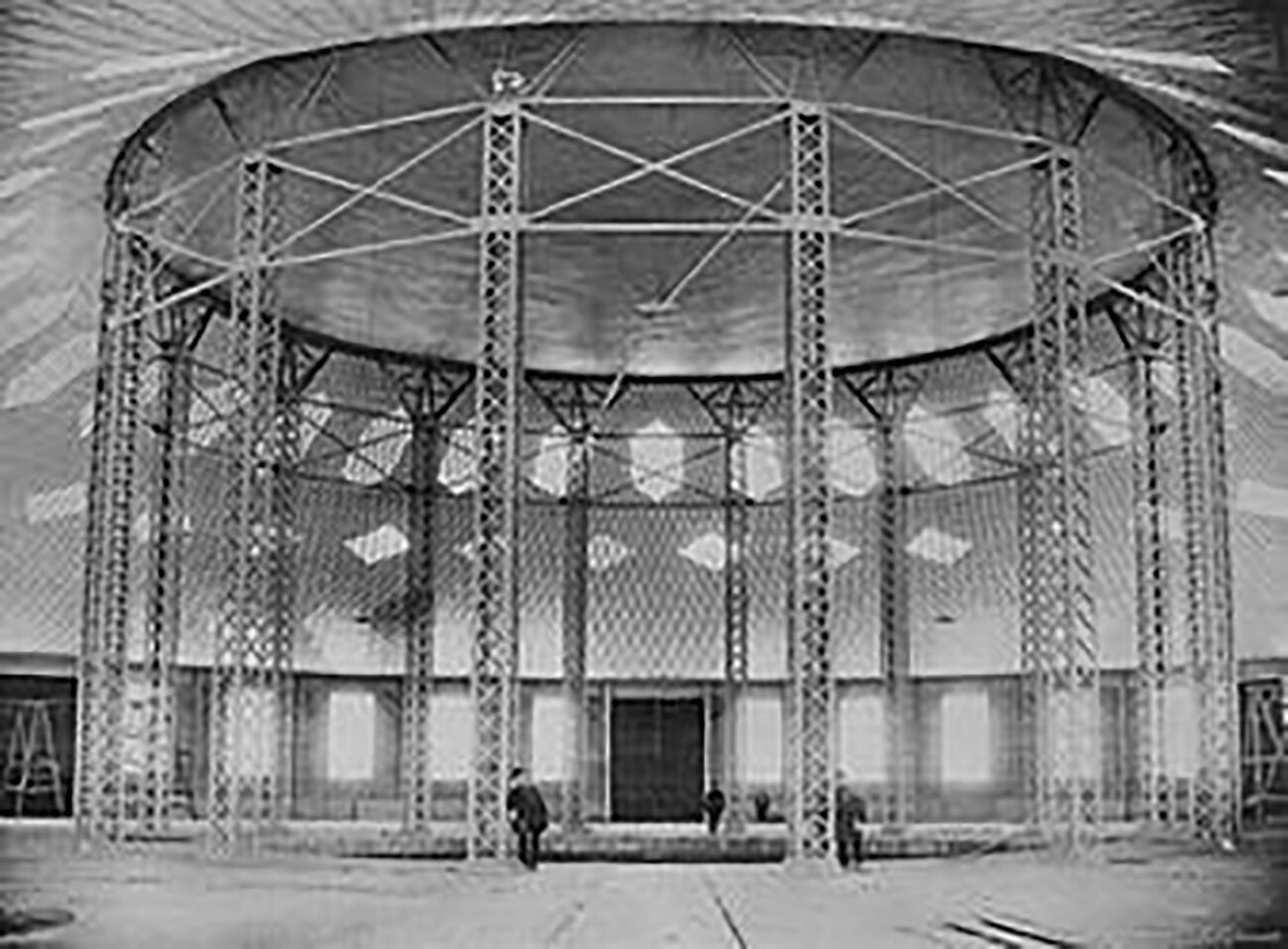 Many private companies had their own pavilions, including the famous merchants the Yeliseyev brothers, who owned their own steamships, took part in setting up Russia’s first joint-stock commercial bank and, later, opened their own branded luxury shops in Moscow and St. Petersburg (the one in the latter is in operation to this day). 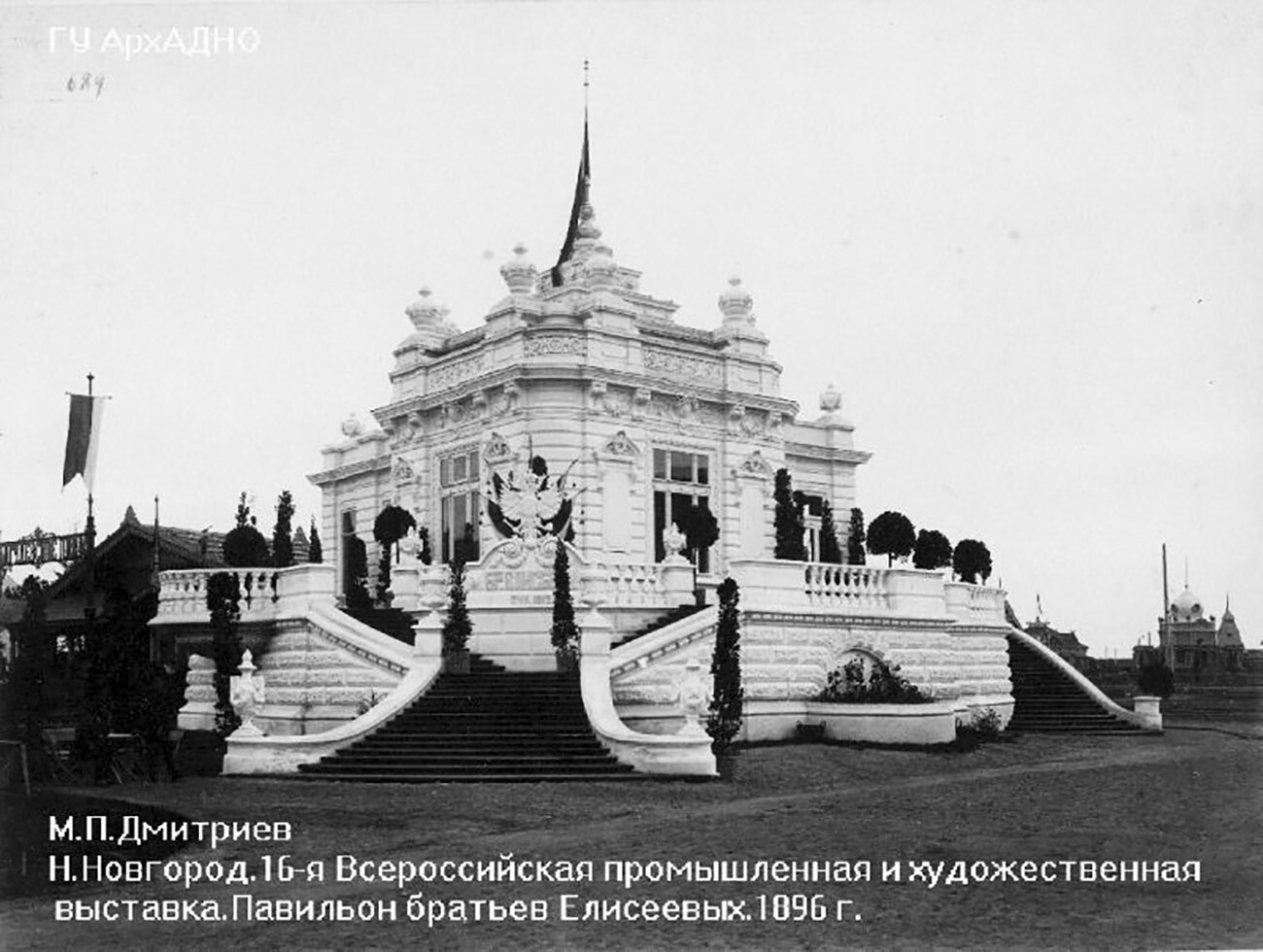 The Petroleum Production Company Nobel Brothers Ltd also had its own pavilion, resembling the Khans’ Palace in Baku. Yes, the same Nobels! They owned a flourishing oil business in Baku (then part of the Russian Empire, today Azerbaijan) and also storage depots in various towns along the Volga. 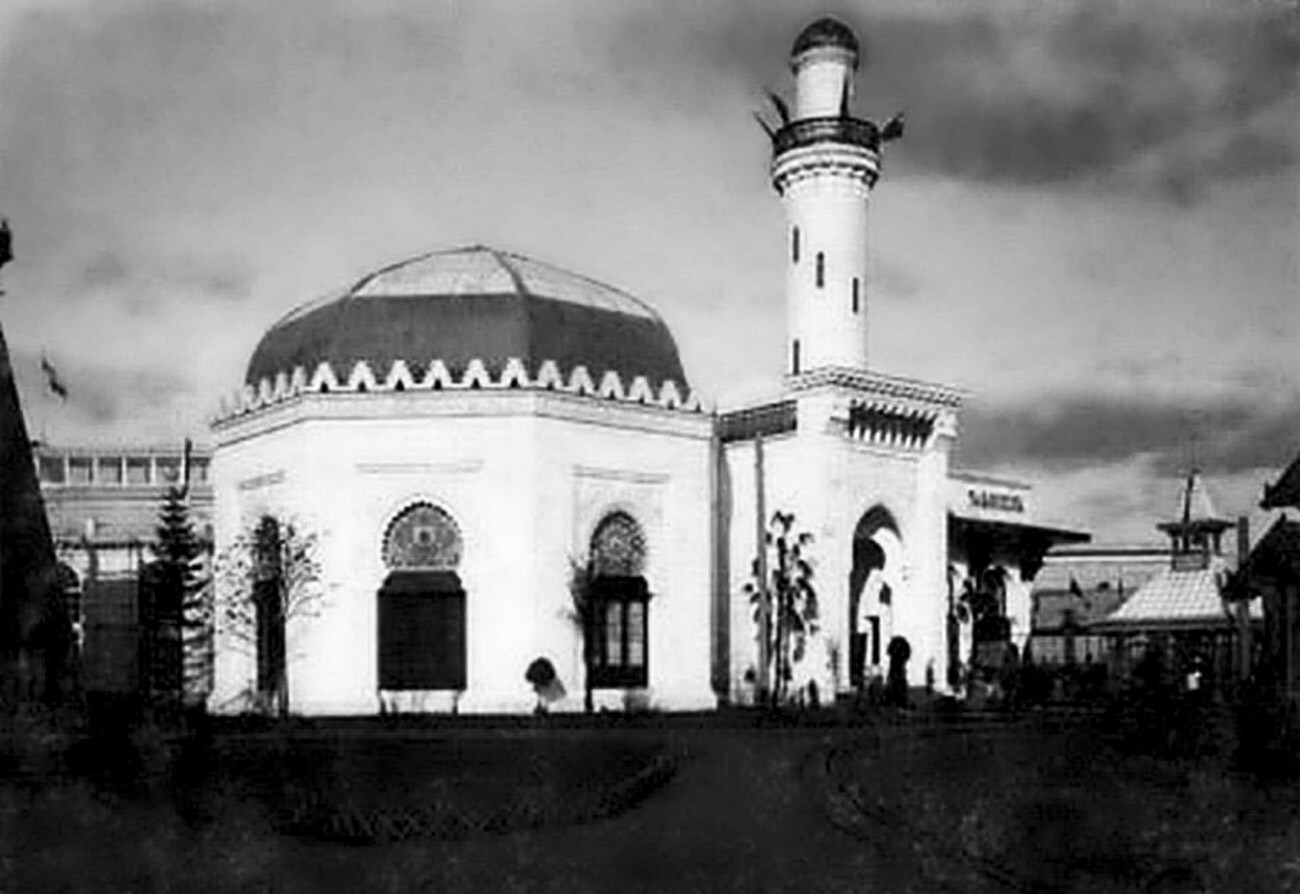 The fair also had a separate Central Asian section to mark the fact that the Nizhny Novgorod Fair had always been the main trading venue for the countries of the East. Electricity and water supply were brought to the exhibition site and a fountain was installed. 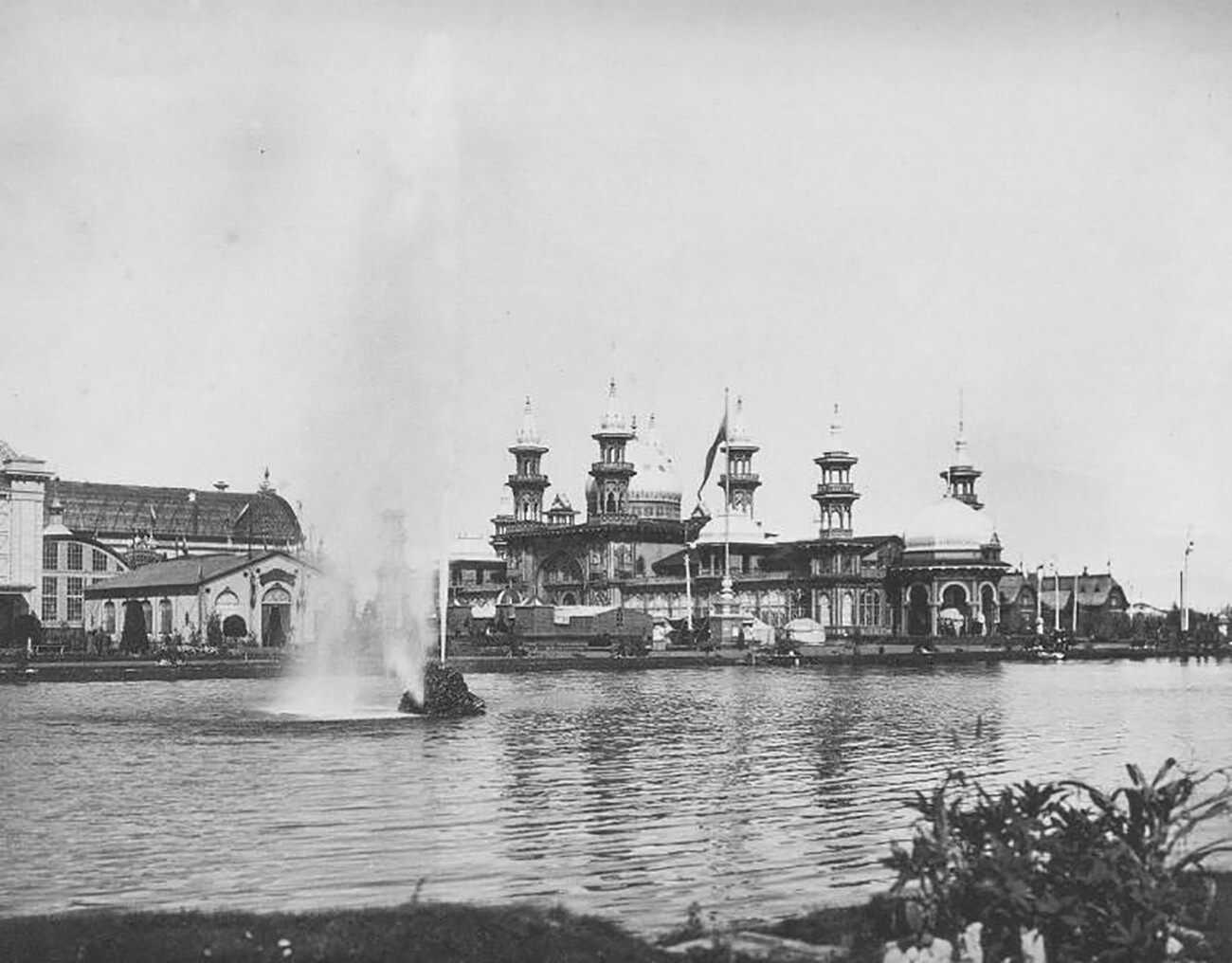 Stunning technical innovations were on display in the Machinery Pavilion. 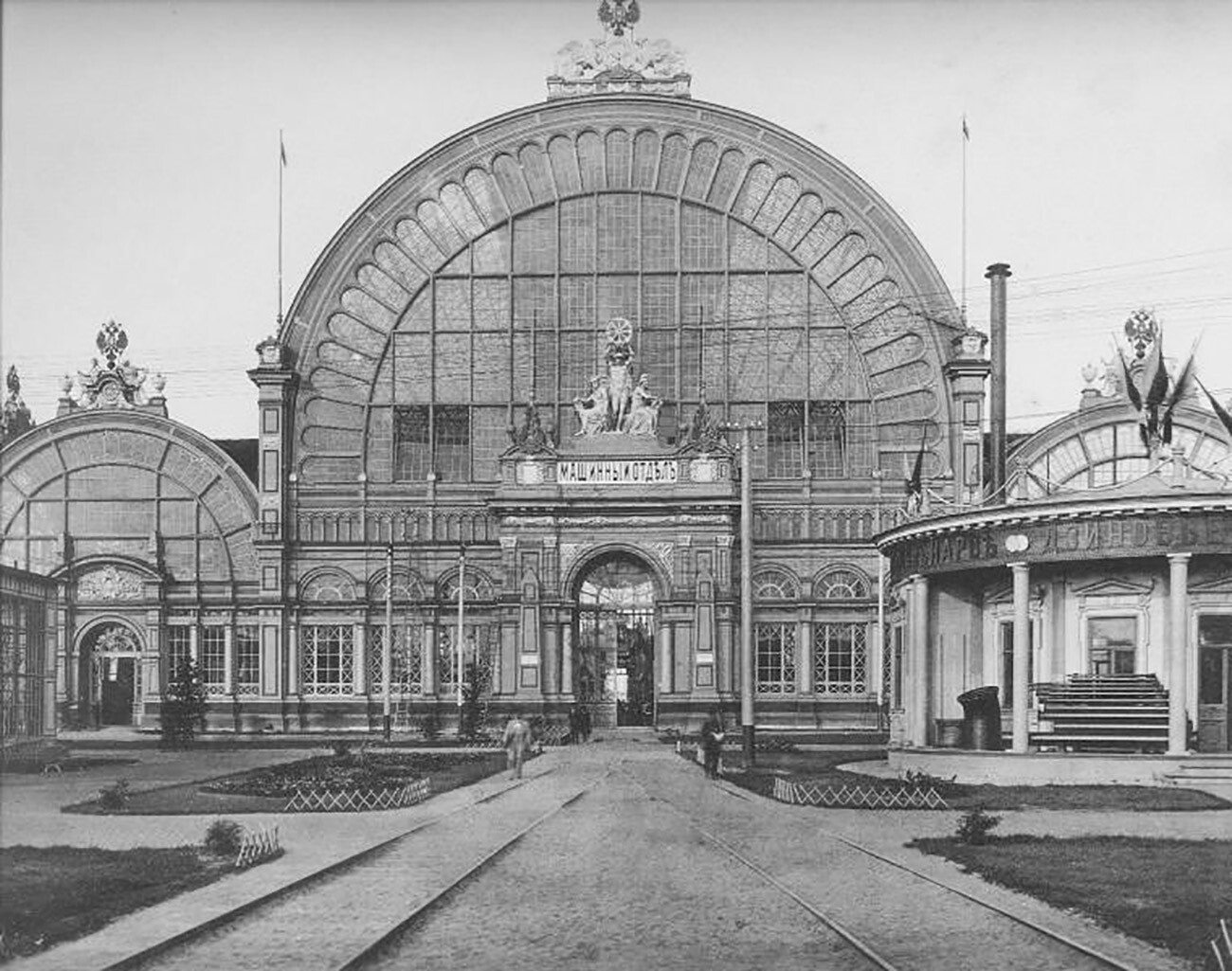 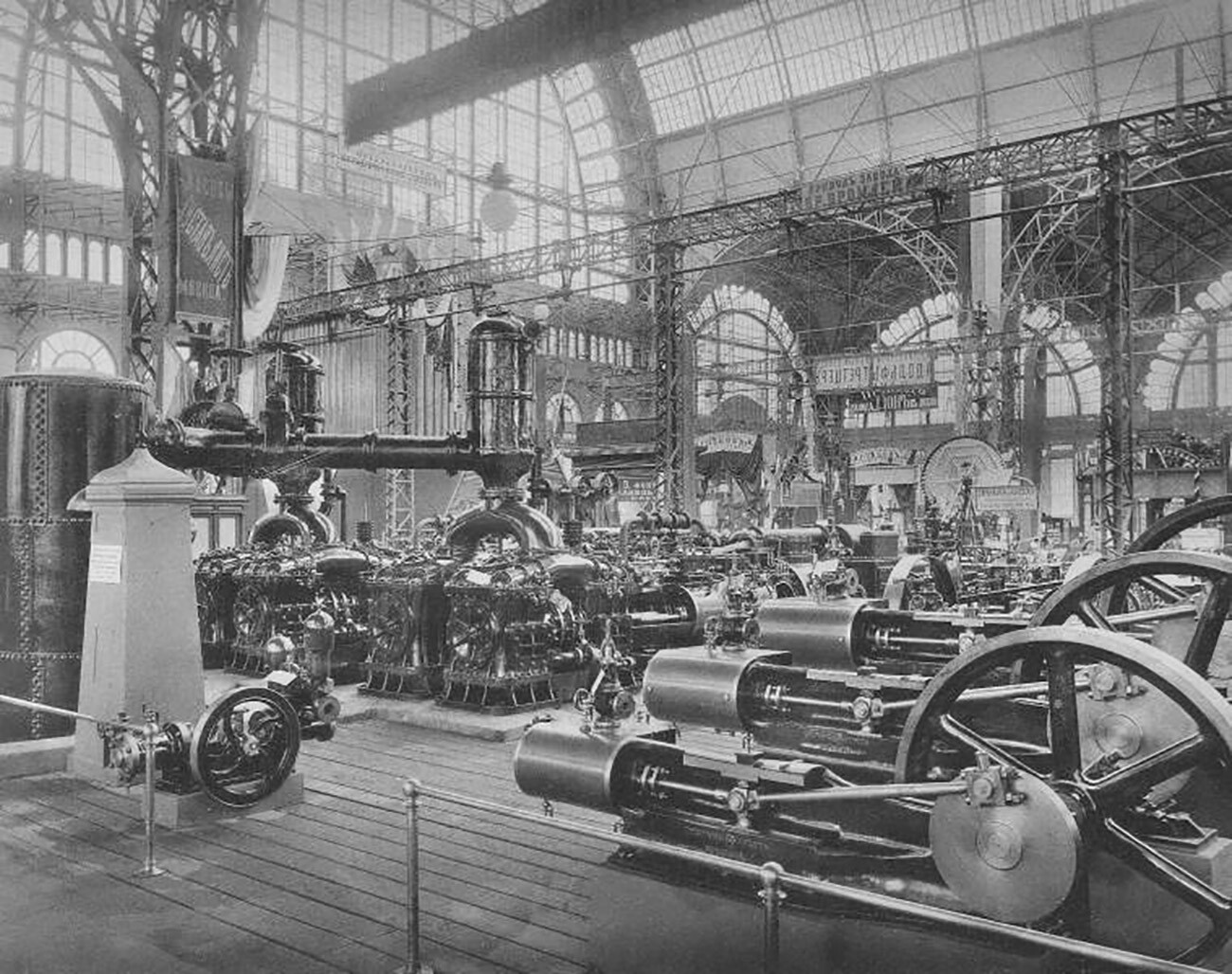 Inside the Machinery Pavilion

The most sensational event at the fair was the display of the first Russian serially-produced motor car, jointly developed by the Yakovlev and Freze factories. 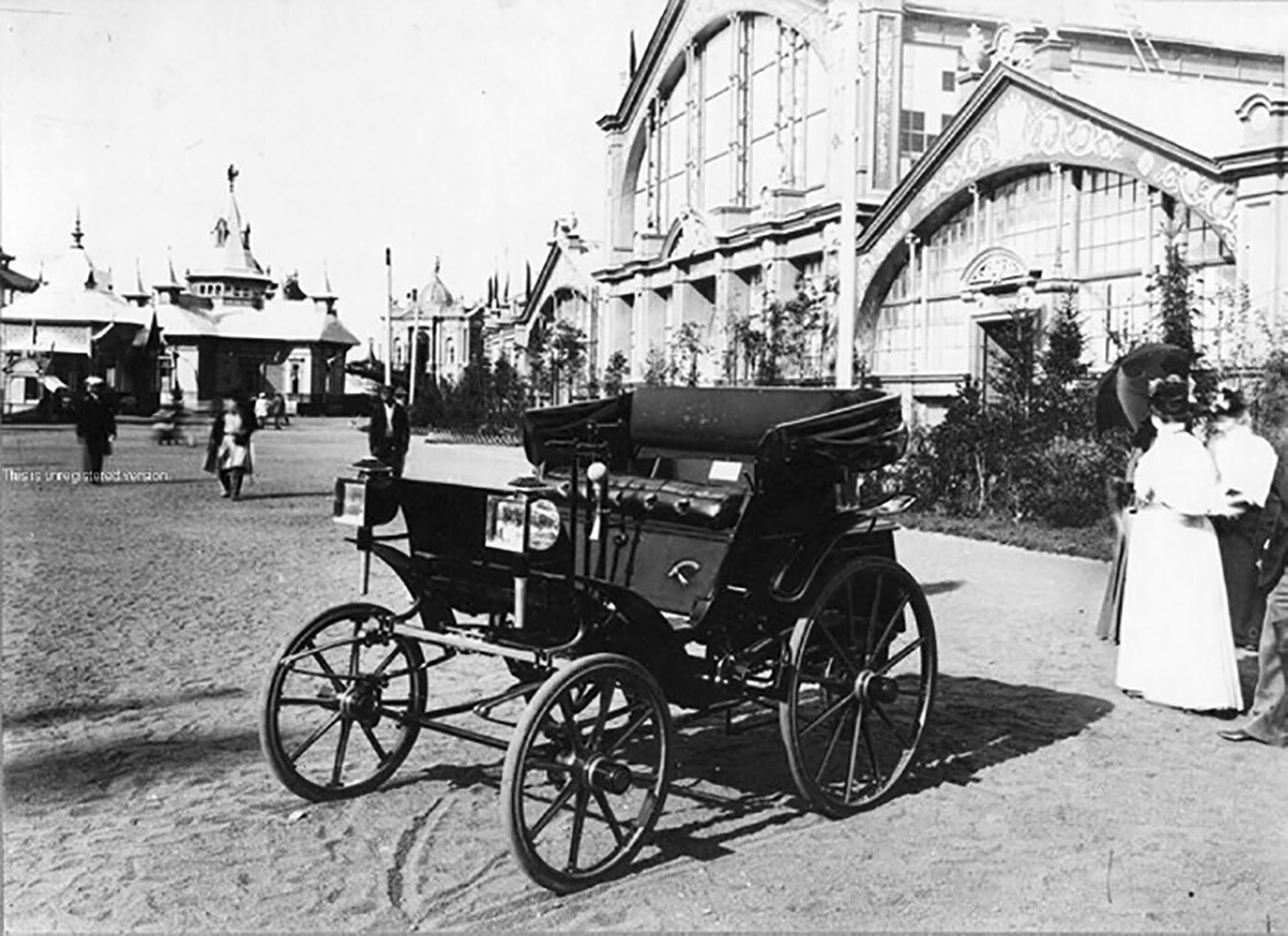 The Emperor and his family naturally attended the exhibition. They spent three days viewing the pavilions. All sorts of events were put on to entertain the eminent visitors - for instance, the launch of an air balloon. 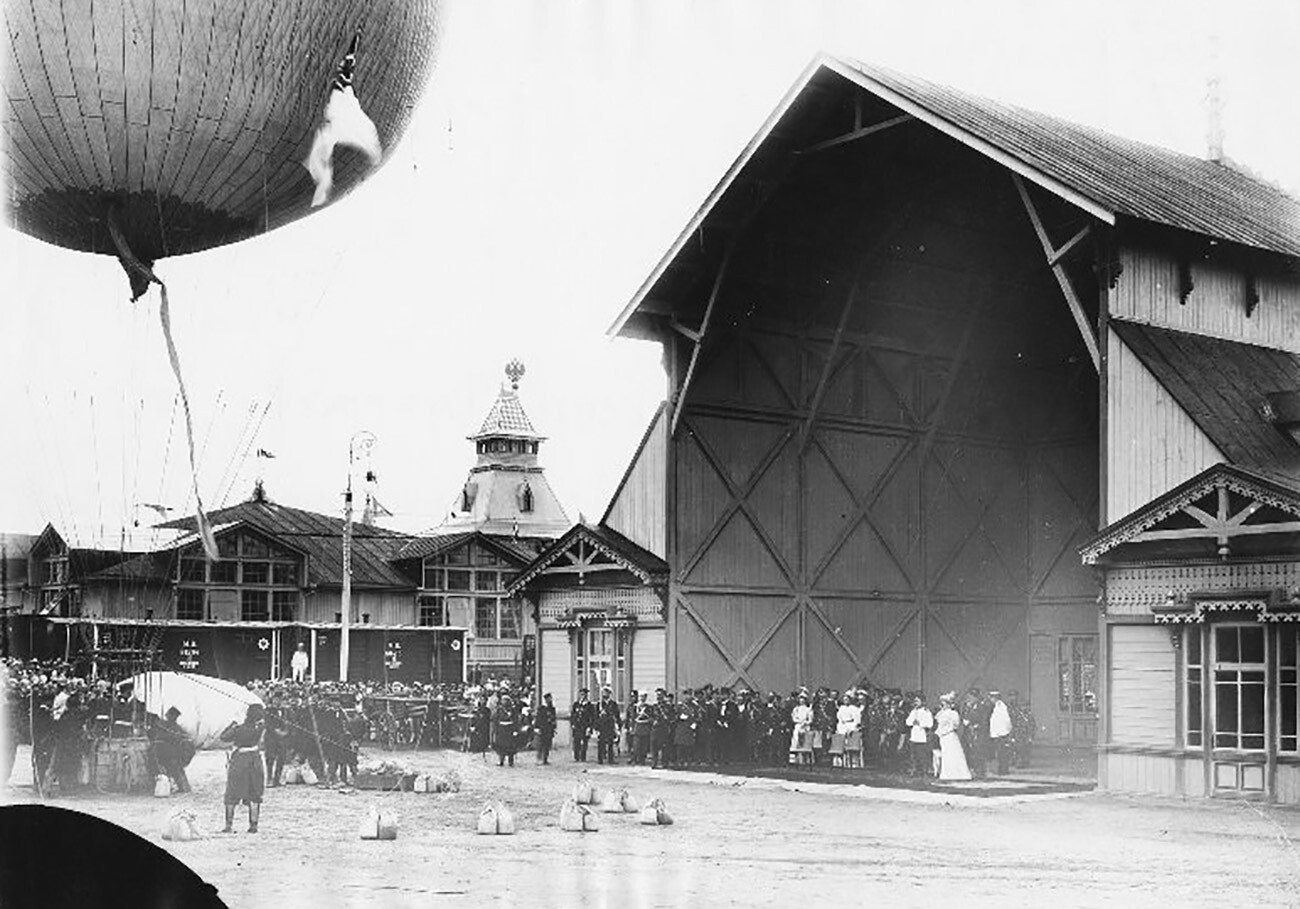 Nicholas II and his family visit the exhibition’s Aeronautics Park

The exhibition as a whole included a very extensive cultural and entertainment program - there were musical performances and a theater and circus were in operation. 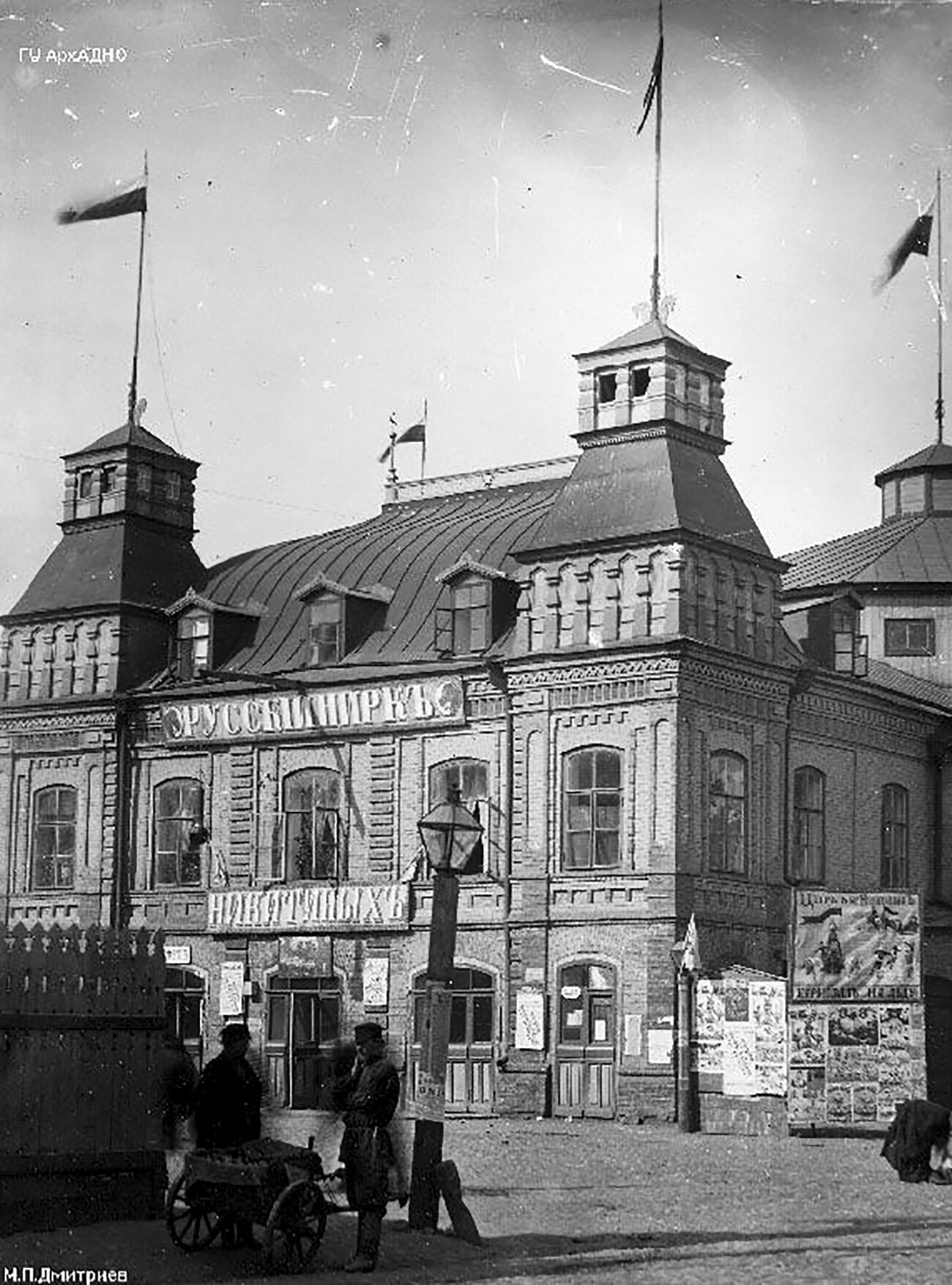 Mikhail Glinka’s opera ‘A Life for the Tsar’ was specially put on for the exhibition, with the operatic star Feodor Chaliapin singing. 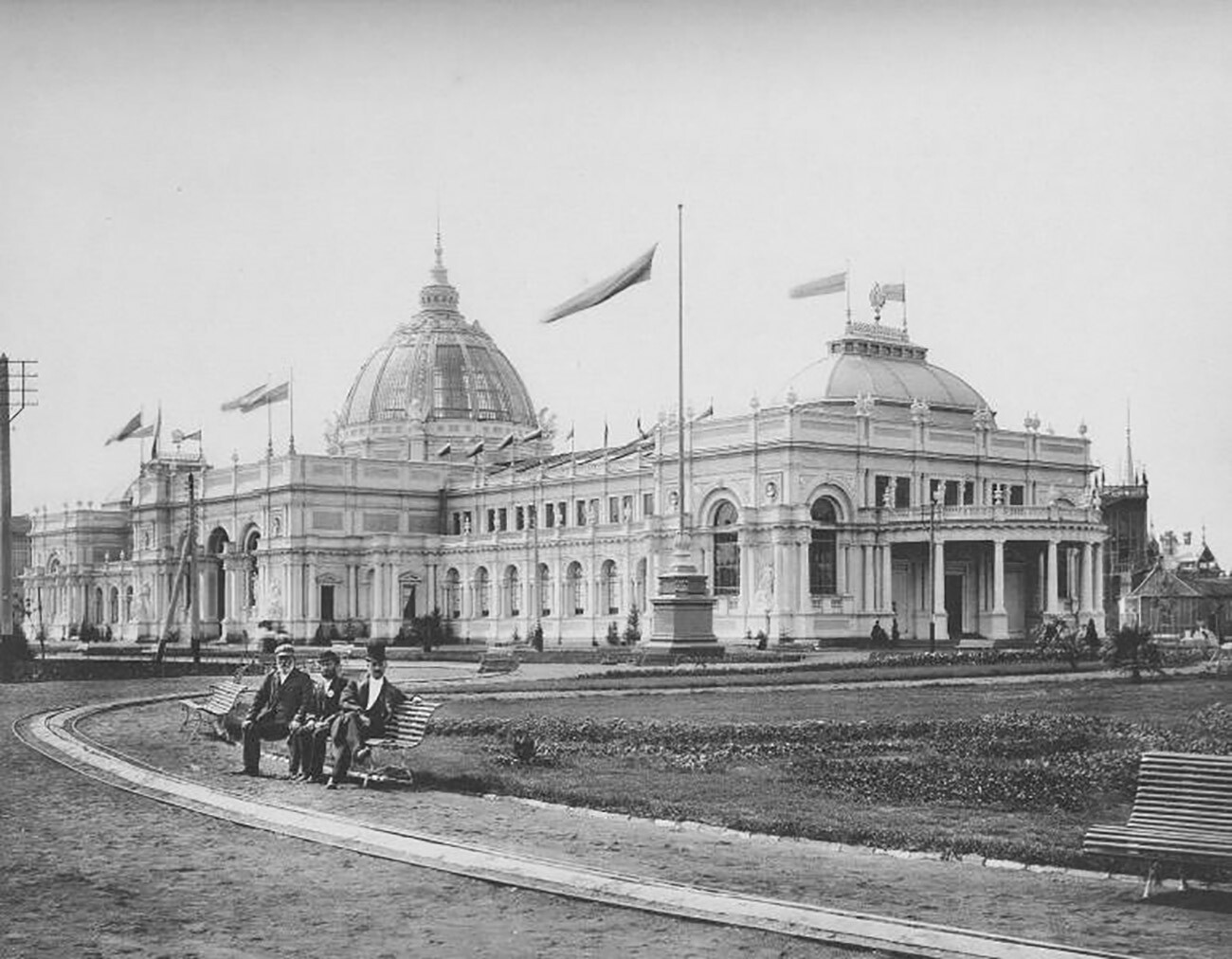 The “curator” of the Art Pavilion was major entrepreneur, benefactor and art lover Savva Mamontov, who invited a large number of artists to attend. An enormous painting, ‘Princess of Dreams’ (which scandalized the public), was painted specially for the exhibition by Mikhail Vrubel. 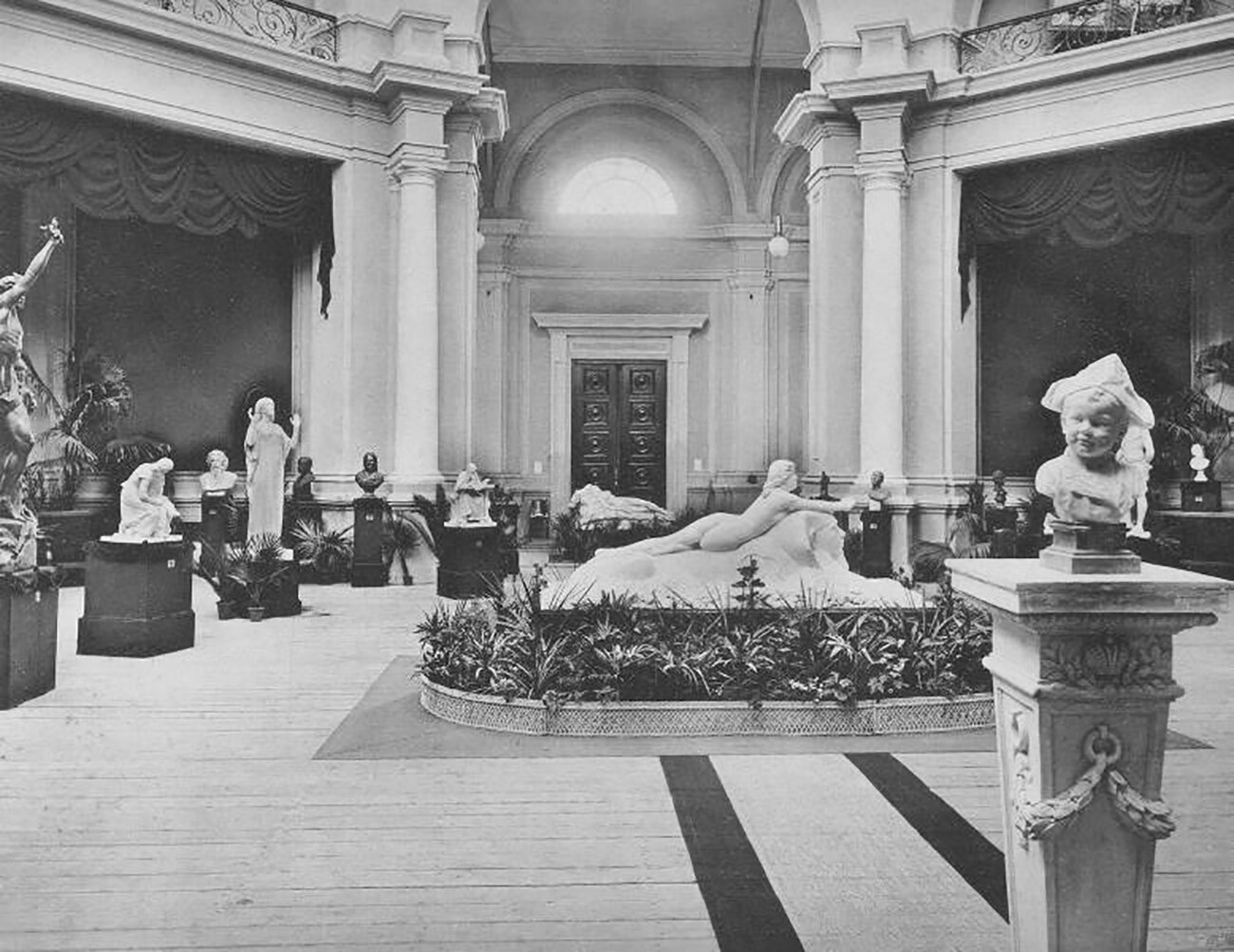 Inside the Art Pavilion

According to the most modest estimates, the exhibition was visited by around a million people. A minimum of a week would have been needed to view all the pavilions. 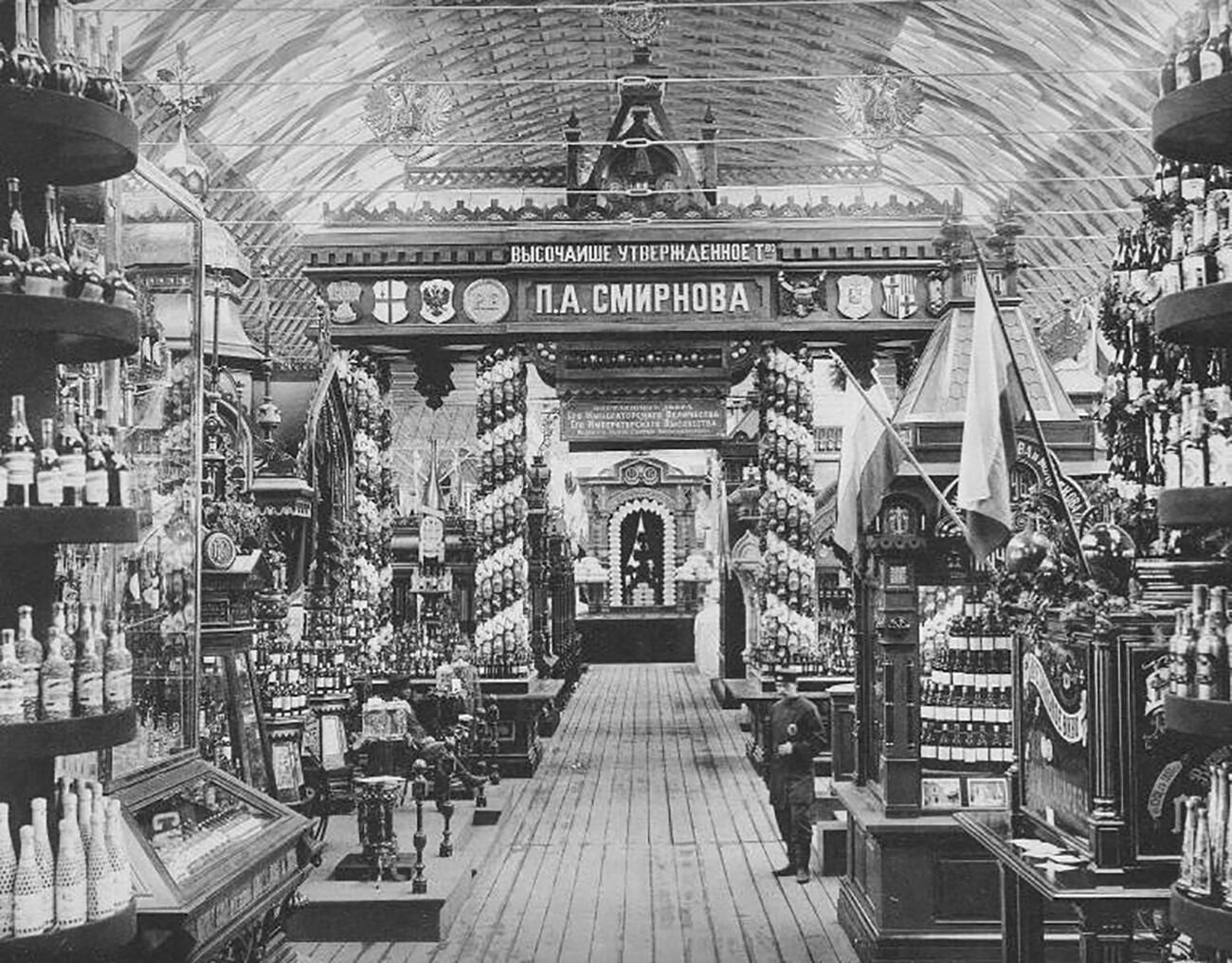 Following the exhibition, the printing company Scherer, Nabholz & Co published a whole album devoted to it, with photographs by Maxim Dmitriev.