Who were the men behind the era of CONTRACT KILLINGS in Russia? 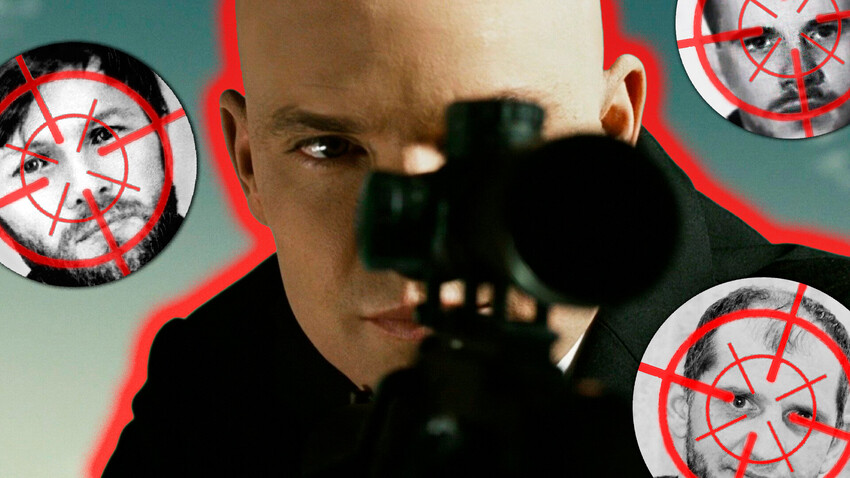 When a man came out of his apartment in a standard multi-story building in Kazan, Russia, and walked past a figure idling on the stairwell, he did not know he was about to die. Immediately, nine shots were fired.

The injured victim managed to run out on the street, bouncing into a confused passerby, before the last shot knocked him off his feet.

“There must have been a final headshot, but the slider was in a backward position – I ran out of ammo,” says Alexei Snezhinsky, a convicted hitman who was released on parole in 2016, despite initially facing a life sentence.

The man lying on the ground was his first “job”. The hitman was 22 at the time.

The era of contract killings

The decade of the 1990s was an era of contract killings in Russia. The Soviet Union had just collapsed, leaving behind the dilapidated economy, impoverished population and sky high hopes, fueled by the shockingly fast transition to capitalism. 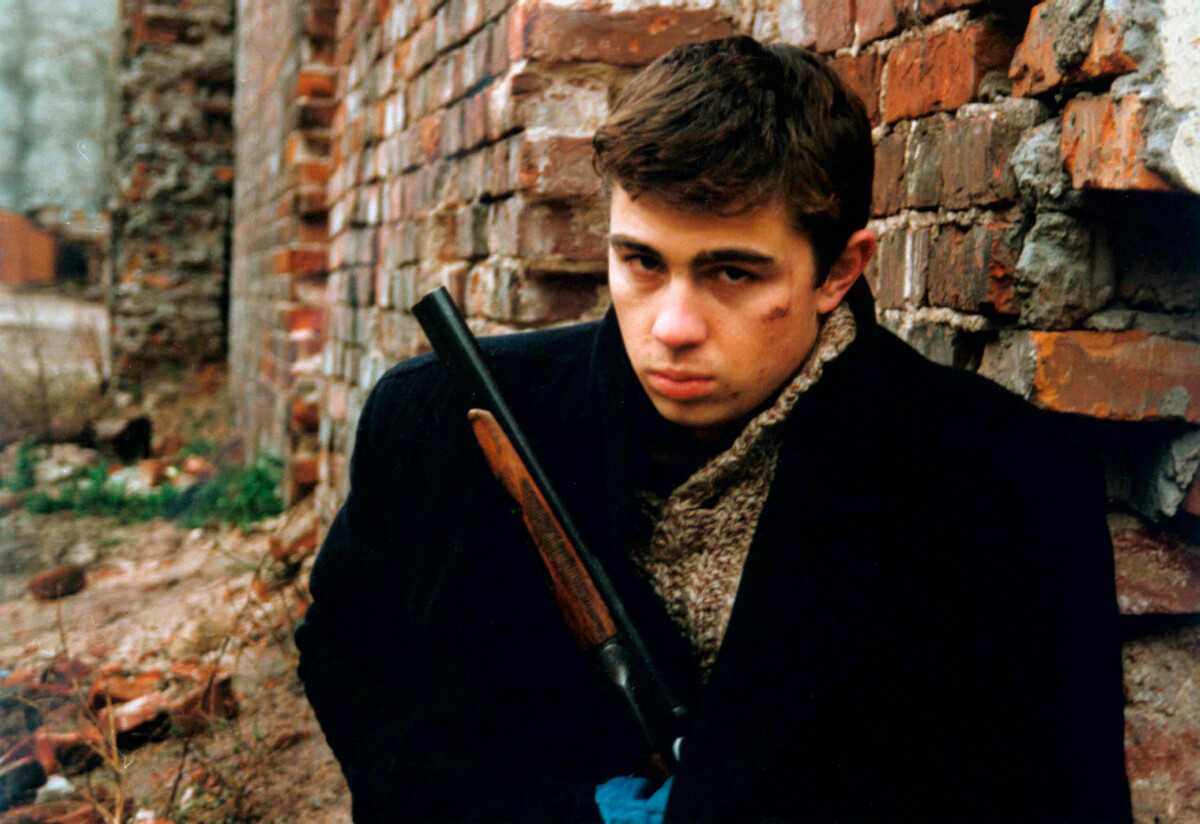 The weak state, general poverty and wild money flooding the giant Russian market quickly spiraled down to the state of lawlessness, where “kill or be killed” was not just a phrase. In the 1990s, some 32,000 homicide cases were opened every year in Russia; up to 1,500 of them were contract killings.

Some become hitmen by calling; others – by chance. There was only one similarity that united them all: once in, there was no way out.

Elite hitmen who excelled in the dubious craft often came from a military or law enforcement background. Infamous hitman Alexander Solonik, aka ‘Sasha Makedonsky’, who had 43 confirmed hits on his resume, served in the Soviet Army before he entered the ranks of police. 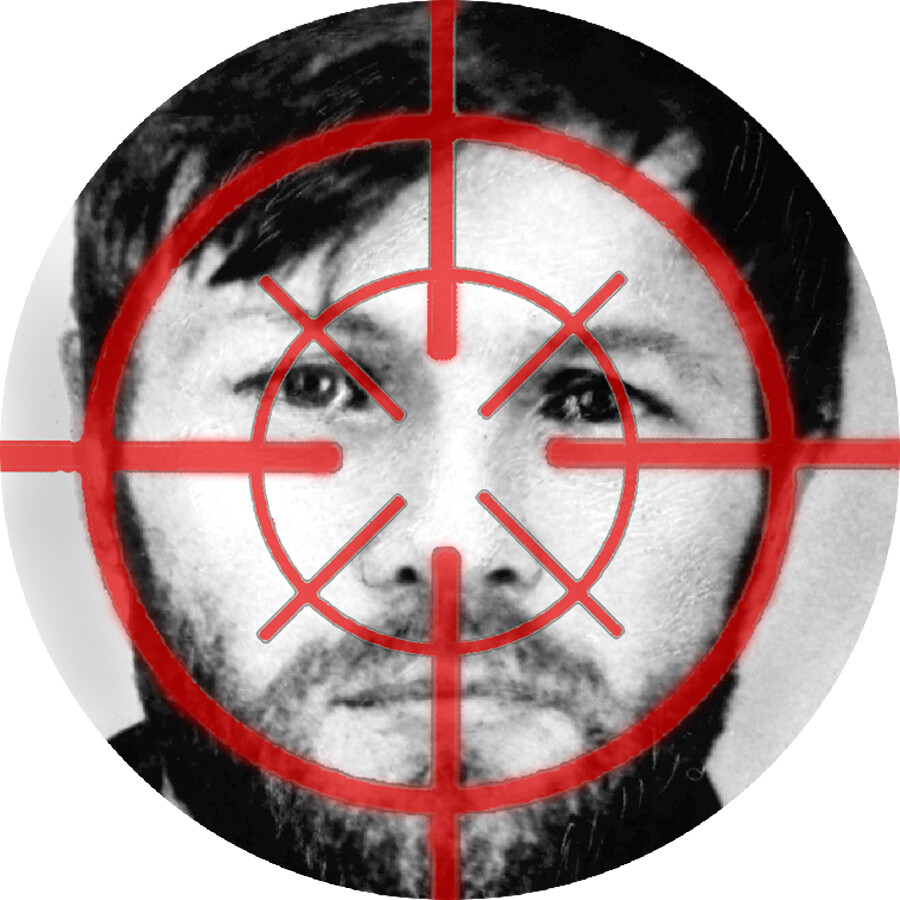 Another elite professional killer, Alexander Pustovalov, aka ‘Sasha Soldat’ – the man with 35 confirmed hits under his belt – was drafted into the elite marine corps in the army and is known to have volunteered on the front line when the first Chechen War broke out in 1994. 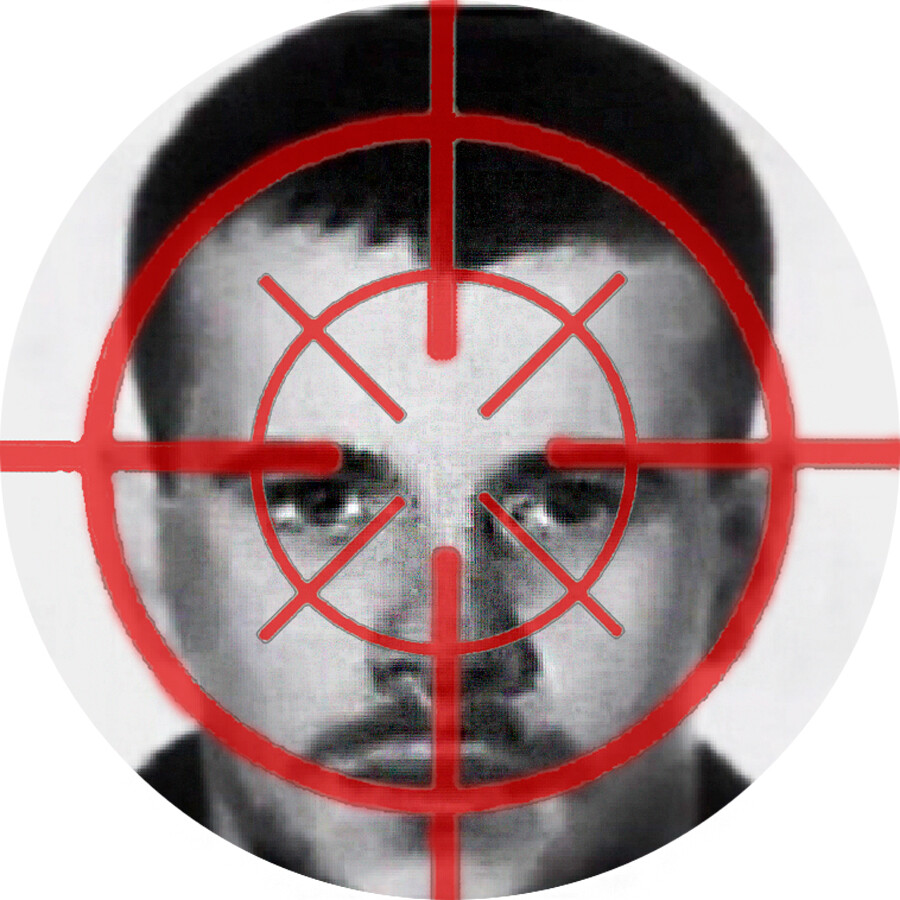 These people were trained to kill by professionals and they honed their aptitude for taking lives to perfection. Others happened to end up on the criminal path by chance: raised in poverty, surrounded by criminals from birth, this was their way to adapt.

“One day, we went to a beach with friends. We swam for the whole day, ate watermelon. As the evening came, murmur spread among [senior] friends. They saw a man who came to swim with a child. I was told to wait in the car. I immediately knew some crime was being committed, because I knew my friends well and I knew what they did for a living,” recalls Alexei Snezhinsky.

Soon enough, Snezhinsky’s worst fears were confirmed. He saw the body of the man he had seen on the beach and the man’s four-year-old son crying over his father’s body. One of Snezhinsky’s friends put his hand over the child’s mouth to suppress the cries. 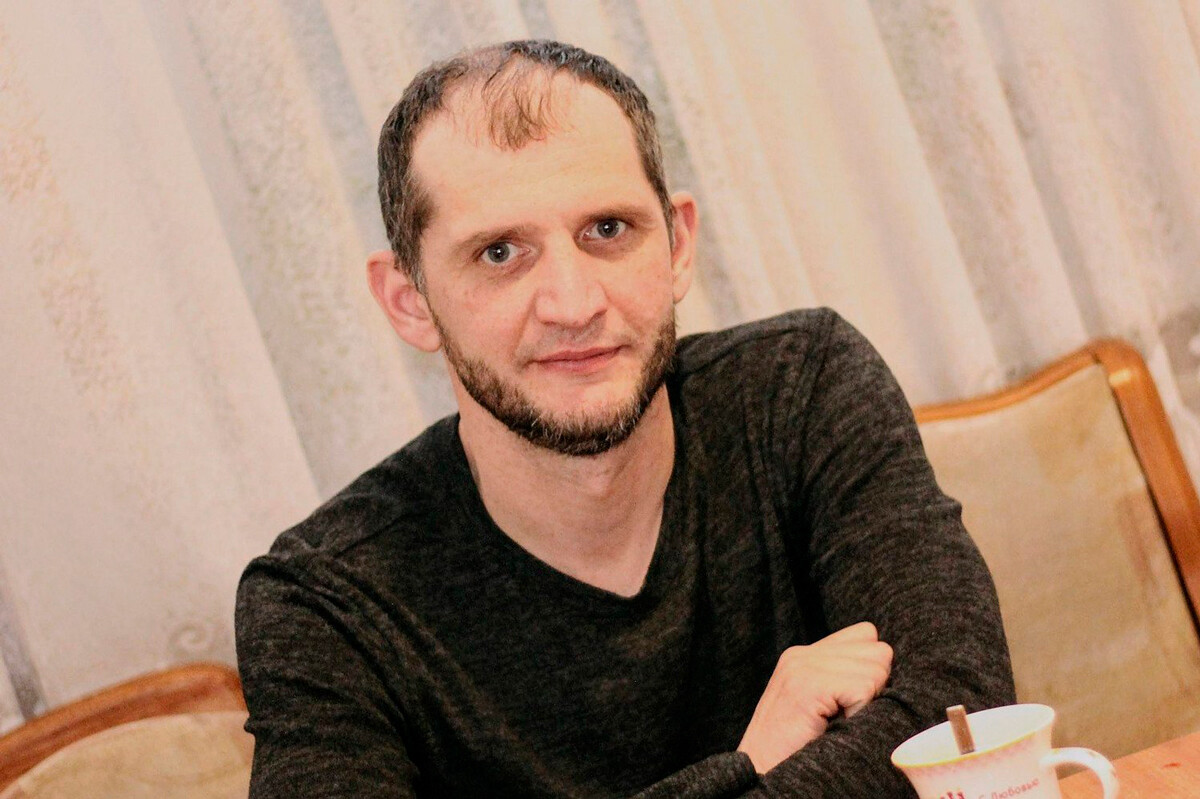 Snezhinsky said he took the child and tried to calm him down, lying that his father was alive and waiting for him at home. After he discreetly brought the child to his unsuspecting relatives and left him at the door, Snezhinsky reunited with his friends at their apartment.

“You see, Alexei. It’s not a big deal to kill someone,” said his friend, laughing. In a few years, Snezhinsky became a go-to hitman of organized crime in Kazan. Before he was arrested, he executed at least six contract killings.

No place to be in

As contract killings overwhelmed the country in the 1990s, killing methods proliferated, as well. Knives, handguns, Kalashnikovs, sniper rifles, grenades, improvised explosive devices, as well as poisons and even radioactive components were used by hitmen of various qualifications and levels. Yet, the most popular method has always been the same.

“Since the mass construction of apartment buildings, the presence of a stranger near the dwelling has ceased to be unusual and alarming,” wrote author Walter Grauckrieger in his book about contract killings.

“Criminals immediately took advantage of this, developing the so-called “driveway scheme”, which became a classic for many decades. The killer with the gun would hide in the entryway or in proximity to it and then quietly shoot the victim on their way home.”

But, the most convenient place for a hitman to do his job was inside the elevator.

“An elevator and a car are the two places which you have no escape from,” says Snezhinsky. The ex-hitman recounted a story when an elevator was intentionally programmed to miss the right floor and deliver the victim to the hitman bypassing security, who had been waiting on a different floor. 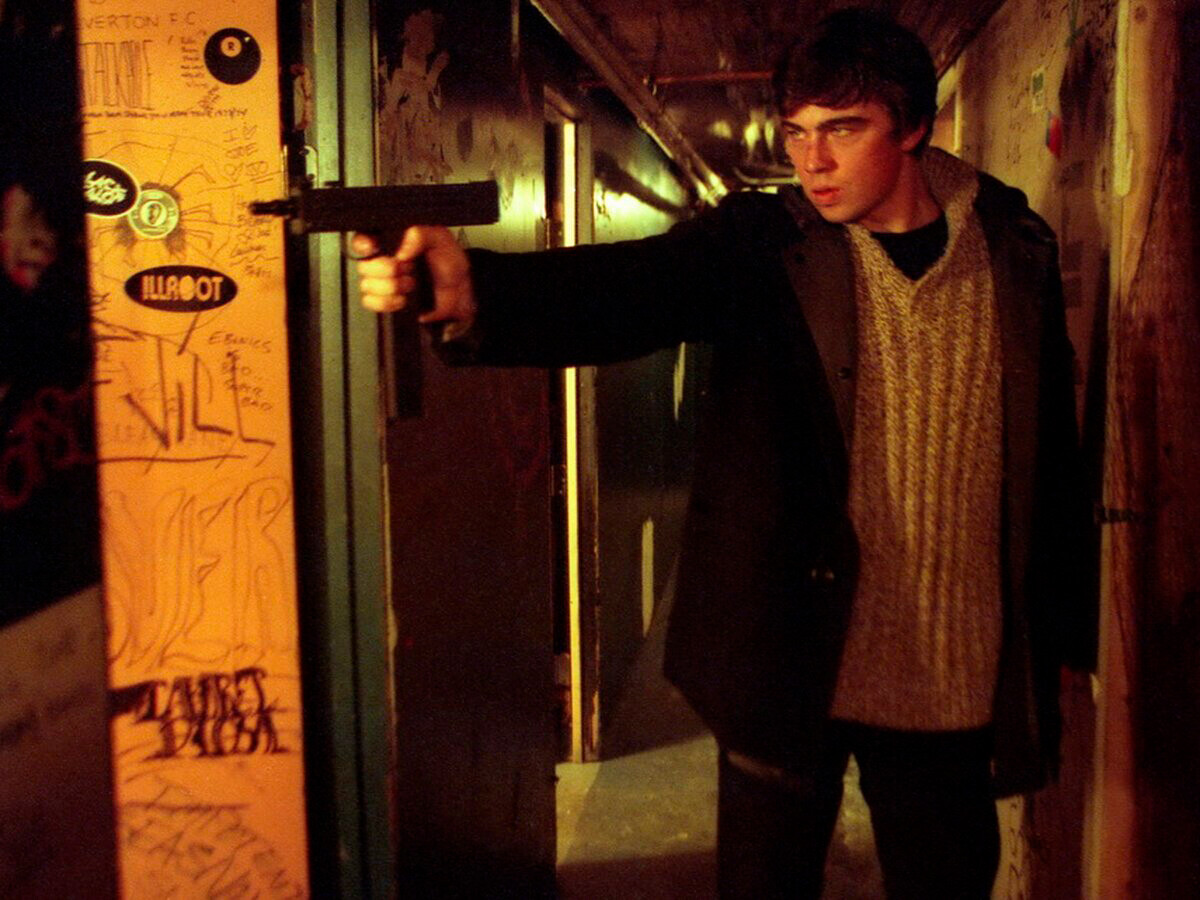 A cold-blooded murder followed by an immediate and rapid withdrawal is what made for a flawless job of a hitman back then.

However, justice has befallen many of the professional hitmen who operated in the 1990s. Some of them – like Alexei Snezhinsky – were arrested, tried and convicted. Others – like Sasha Makedonsky or Liming Max – were cruelly murdered by their own ranks.

“I understood from the very beginning the path I was on. That the blood was on me and that it was only fair that my blood was spilled in the end,” says Snezhinsky, who claims he was forced to cooperate with the prosecutor when he became a target of organized crime.

While in court, Snezhinsky said to the mother of a man he had killed: “We were boys. We played serious, grown-up games.”

Click here to read the secret history of Russia’s 3 deadliest hitmen in the ‘wild 1990s’.