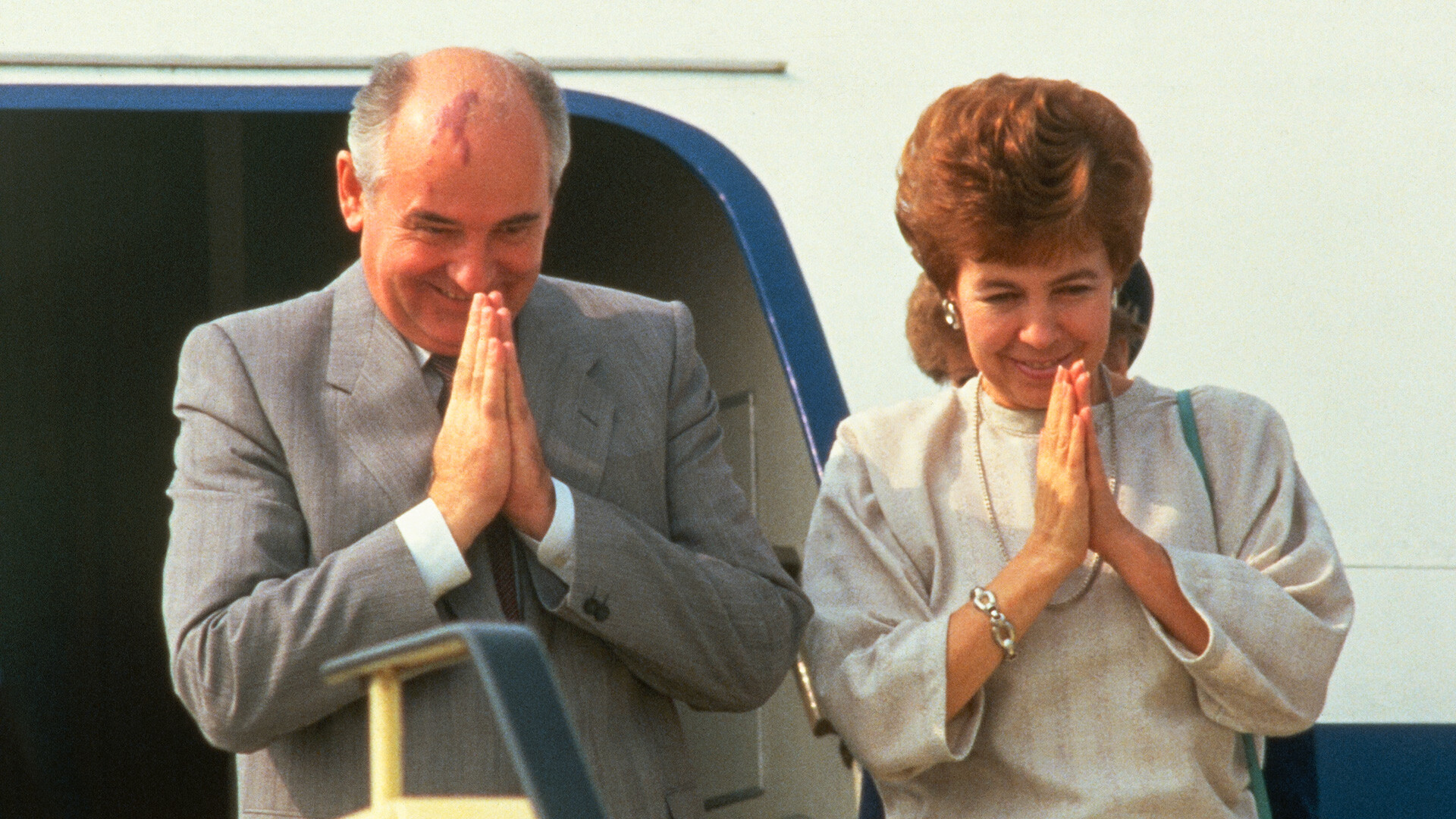 Mikhail Gorbachev and his wife Raisa disembarking a plane in New Delhi for a state visit.

Peter Turnley/Corbis/VCG/Getty Images
Take a look how global photographers saw the man behind the end of the Cold War and the collapse of the USSR.

Mikhail Gorbachev (March 2, 1931 - August 30, 2022) was the first and the last Soviet president, who influenced the life of every Soviet person with no exception. He made history as the politician who ended the Cold War between the Soviet Union and the United States and received the Nobel Peace Prize for his contribution to the peace process between the USSR and the Western countries. In the mid-1980s, he announced a course towards democratization of economical and political life in the USSR (what became known as ‘perestroika’ and ‘glasnost’), which strengthened the desire of certain republics for sovereignty and finally led to the collapse of the USSR.

We have written how prominent global politicians remembered him.

And below are rare snaps of how he looked and behaved in unofficial moments. 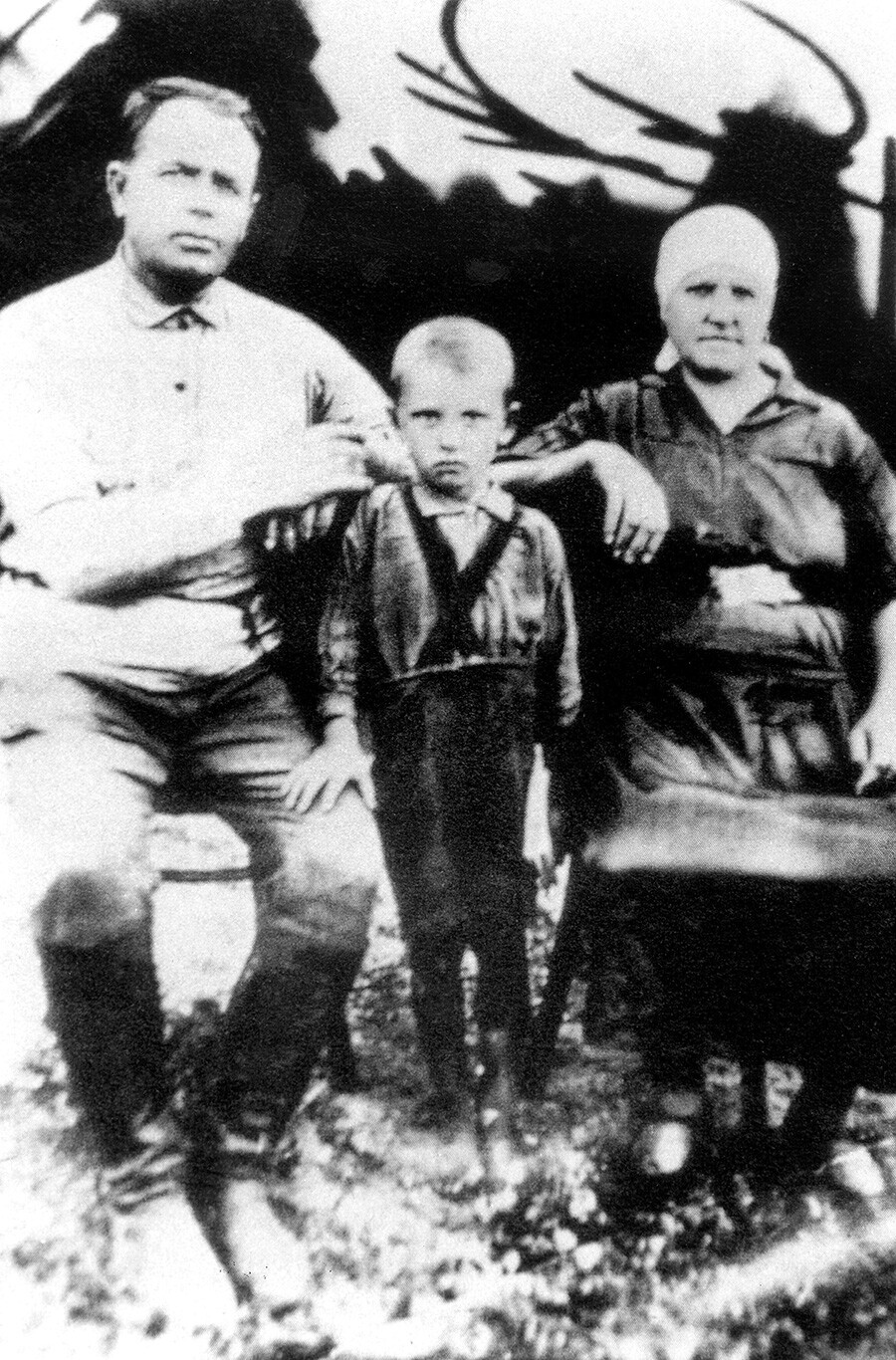 2. At 19, he became a candidate for the Communist Party, a recommendation given to him by the school director and teachers. 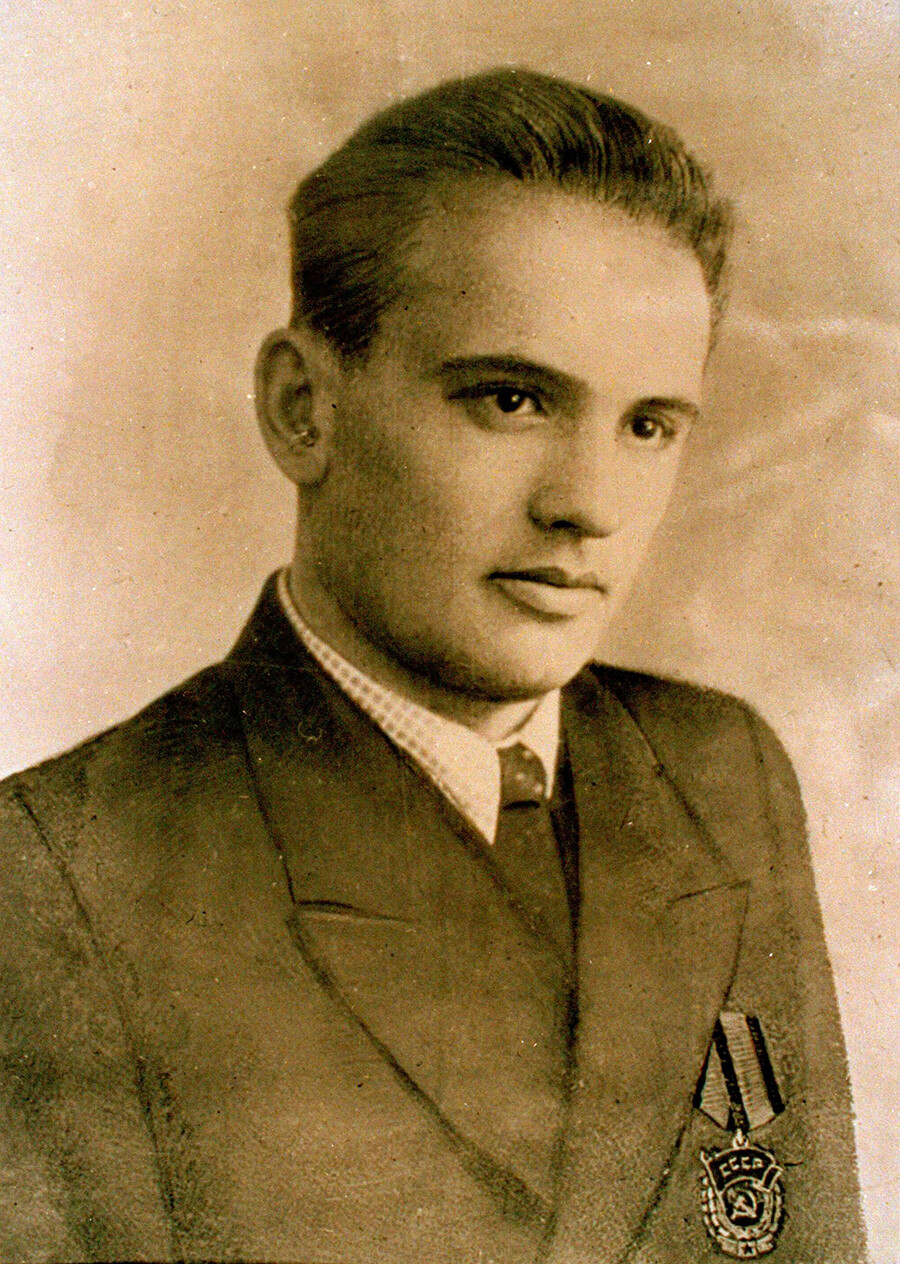 3. During his studies at the Moscow State University, Gorbachev met his future wife, philosophy student Raisa Titarenko (1932-1999). They got married in 1953, with the wedding taking place in the student dormitory canteen.

4. Mikhail, Raisa and his mother Maria in the village of Privolnoye. 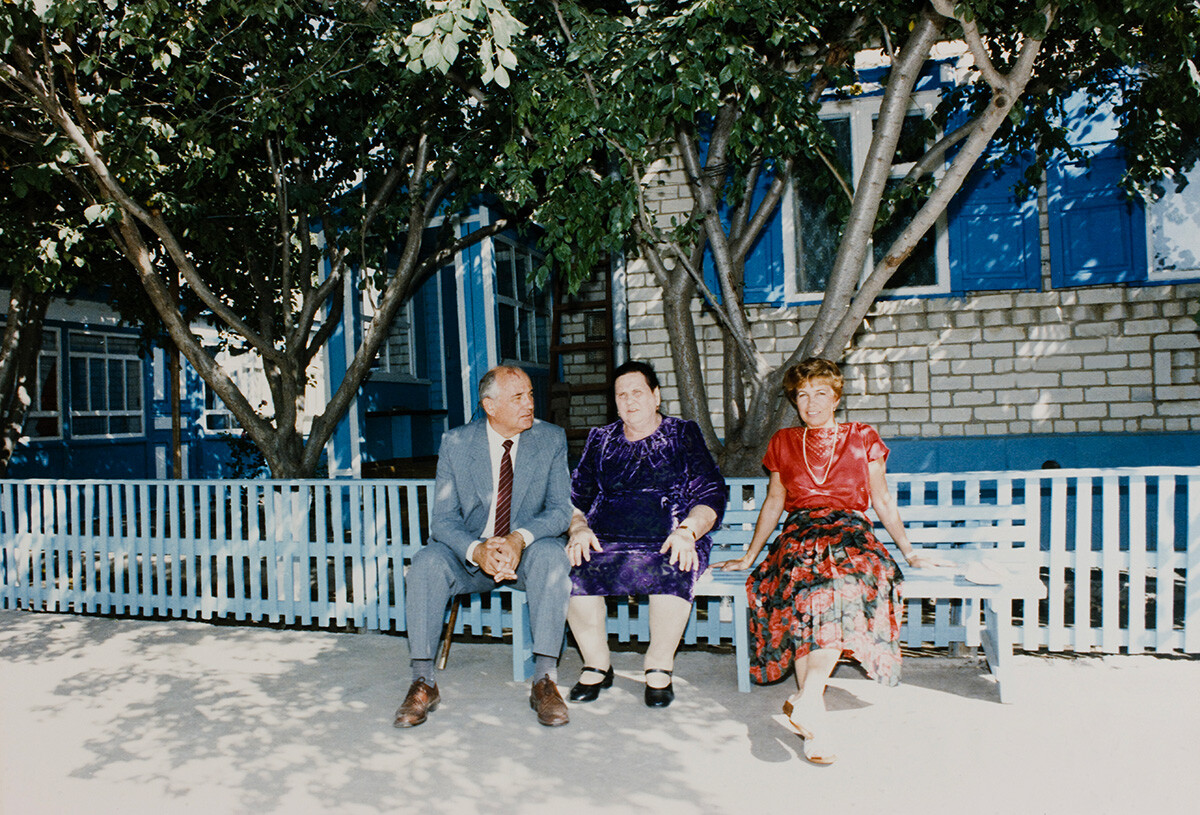 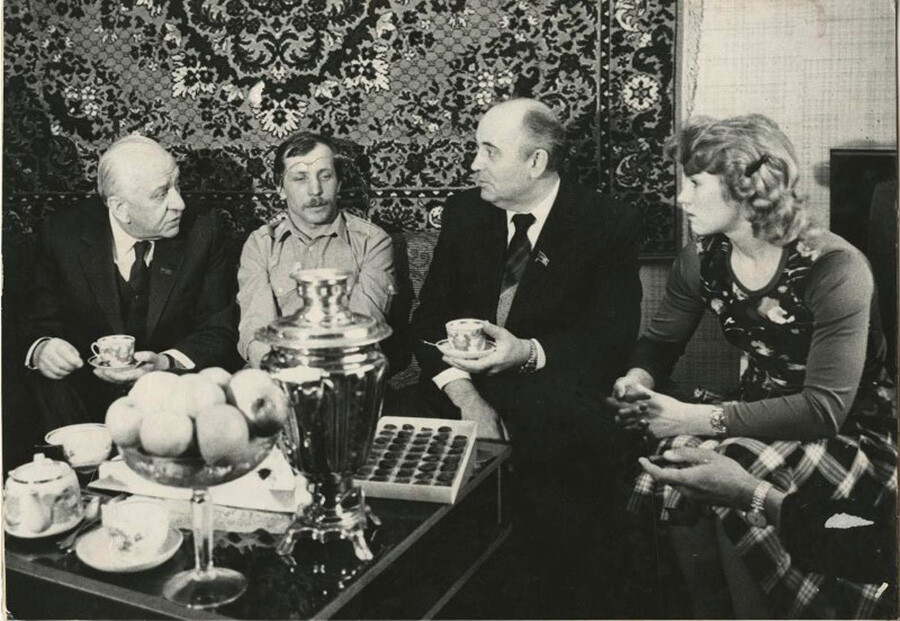 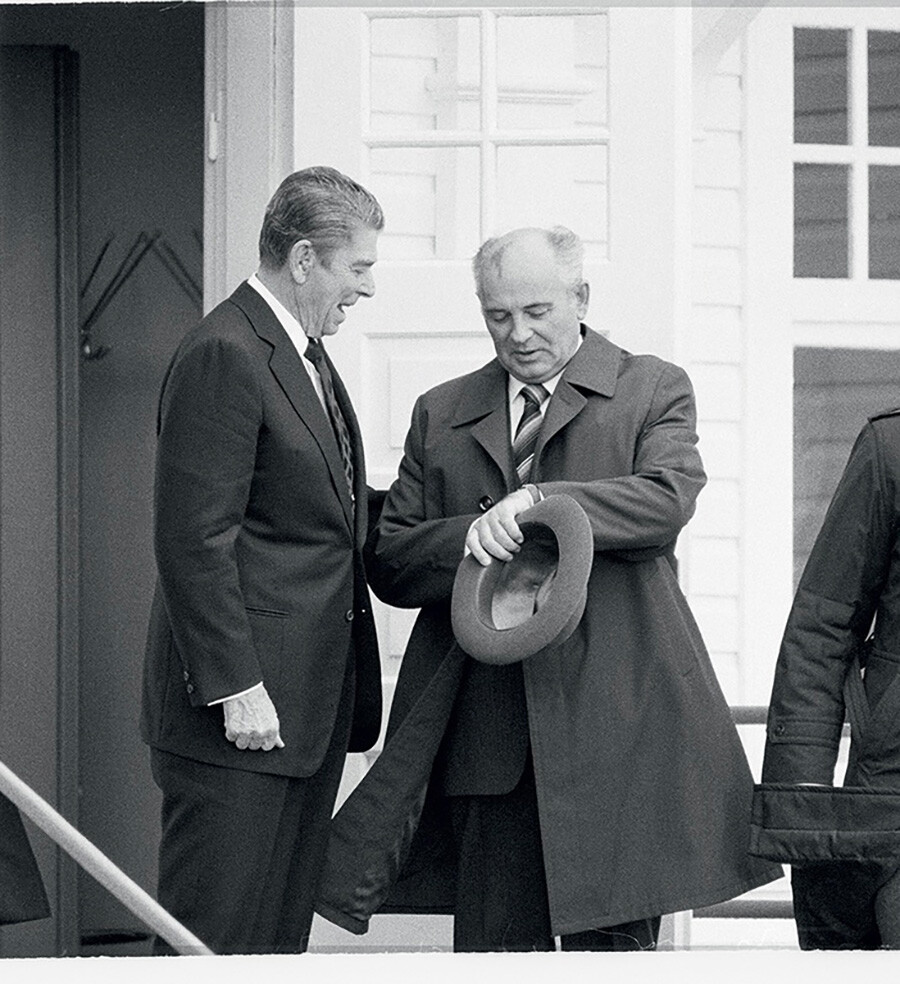 7. Mikhail and Raisa Gorbachev with their family at a dacha outside Moscow, 1989. 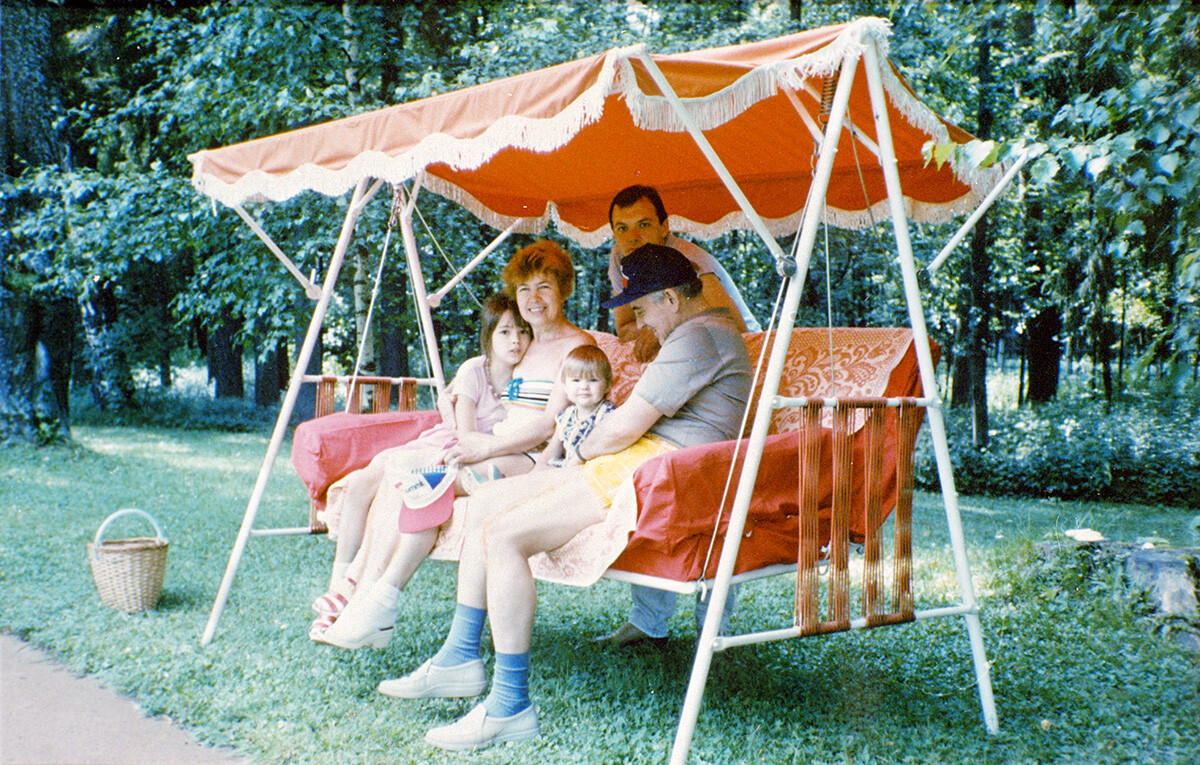 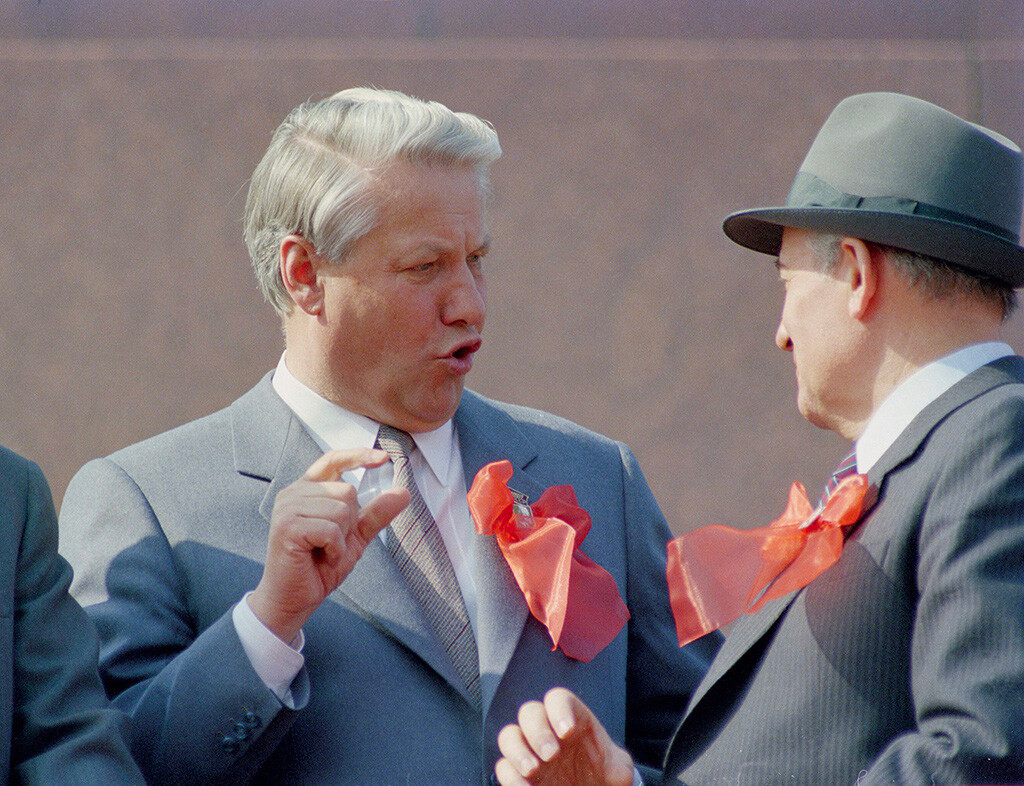 9. General Secretary of Central Committee of the Communist Party of the Soviet Union Mikhail Gorbachev during a break between the sessions, 1990. 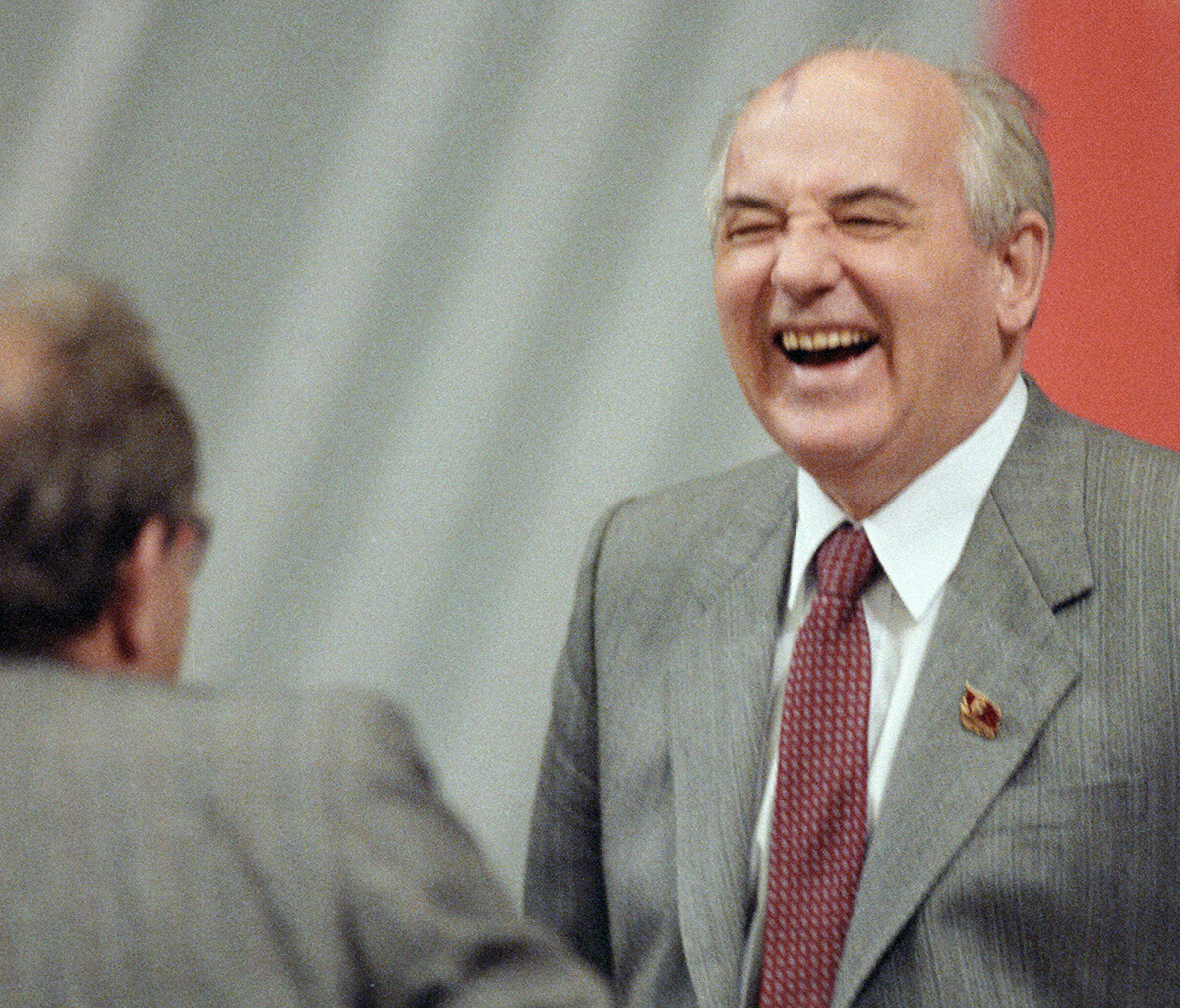 10. Gorbachev wading through a field during a visit to Kazakhstan, 1991. 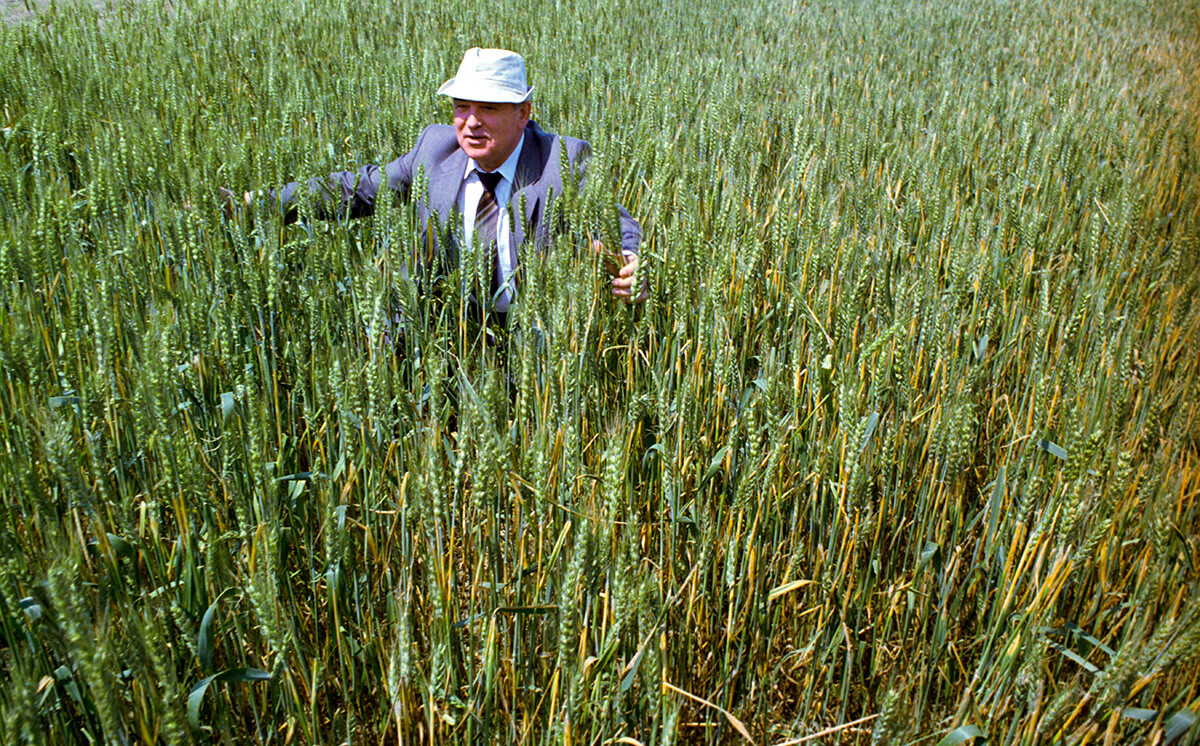 11. The Soviet leader feeding a squirrel at his dacha outside Moscow, 1989. 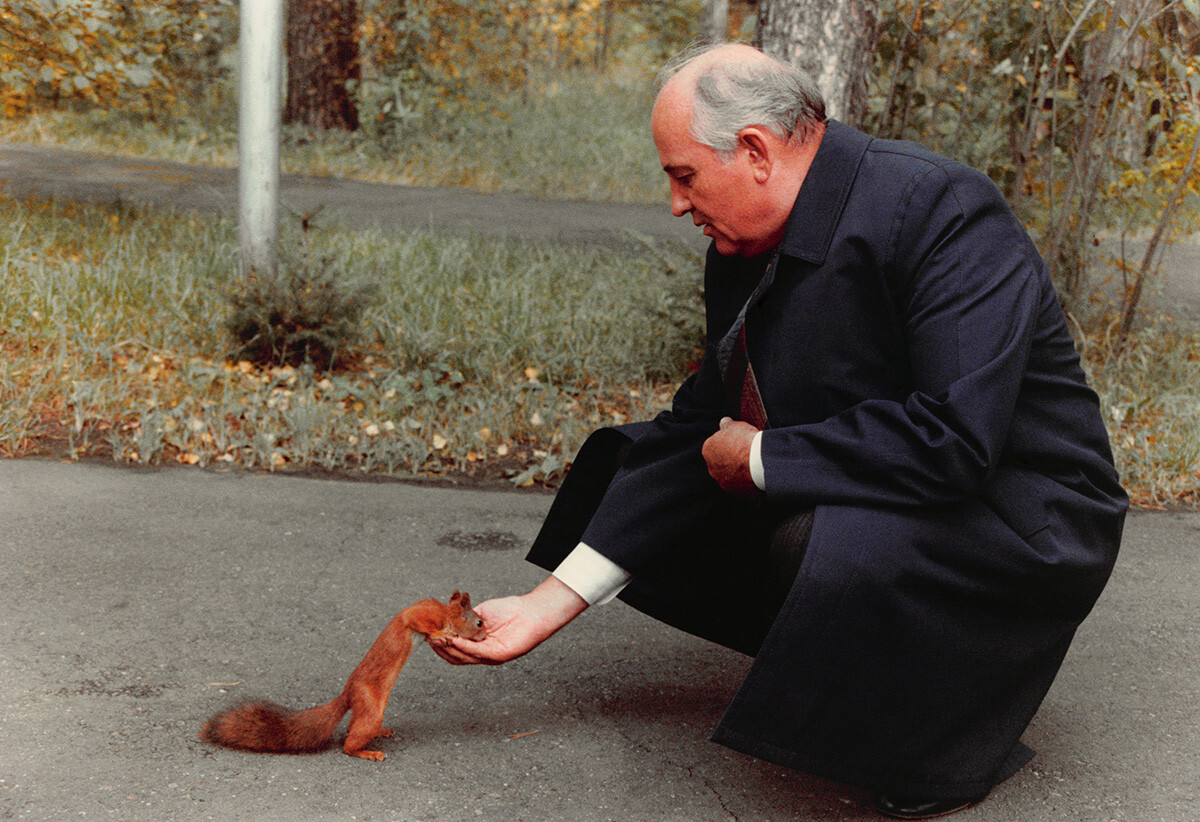 12. Mikhail Gorbachev and his wife Raisa disembarking a plane in New Delhi for a state visit. 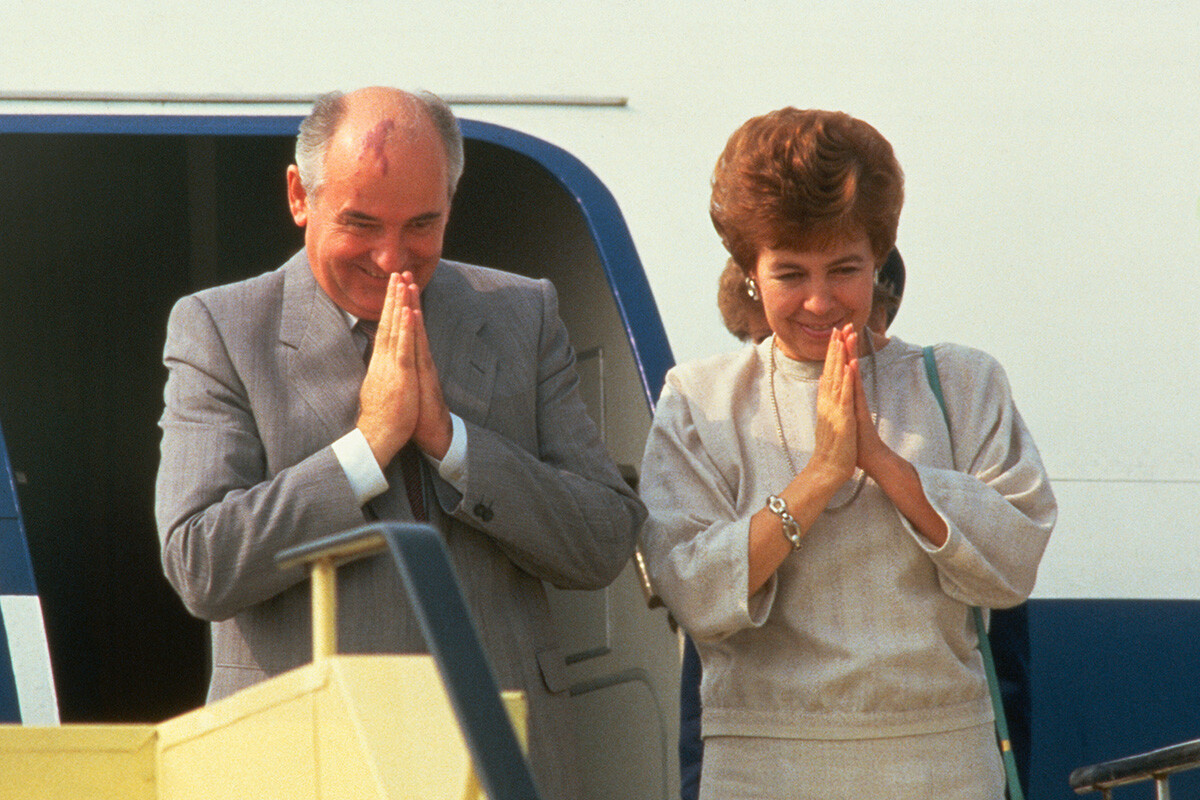 13. Mikhail Gorbachev removes a medieval academic cap during a ceremony in which he received honorary doctorates from two Madrid universities, 1990. The Soviet leader told the official he preferred not to wear this cap unless he could see how he looked in a mirror. 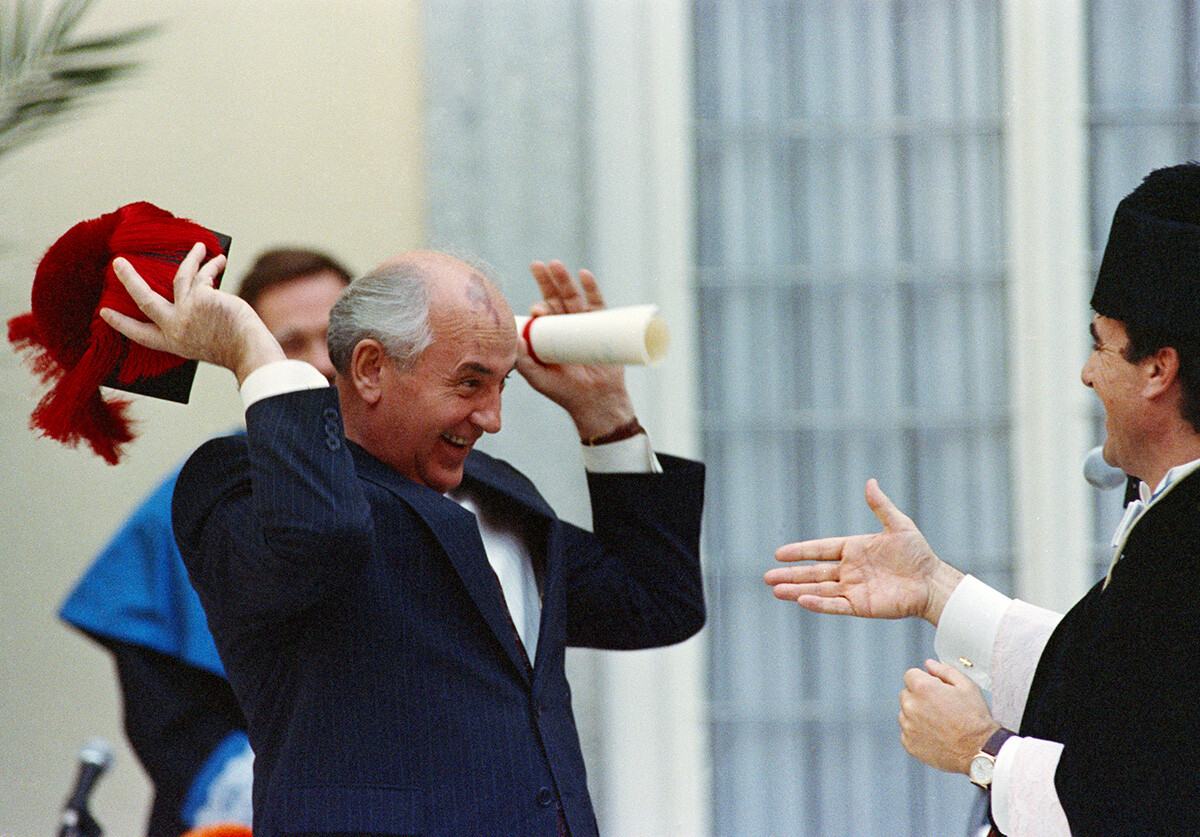 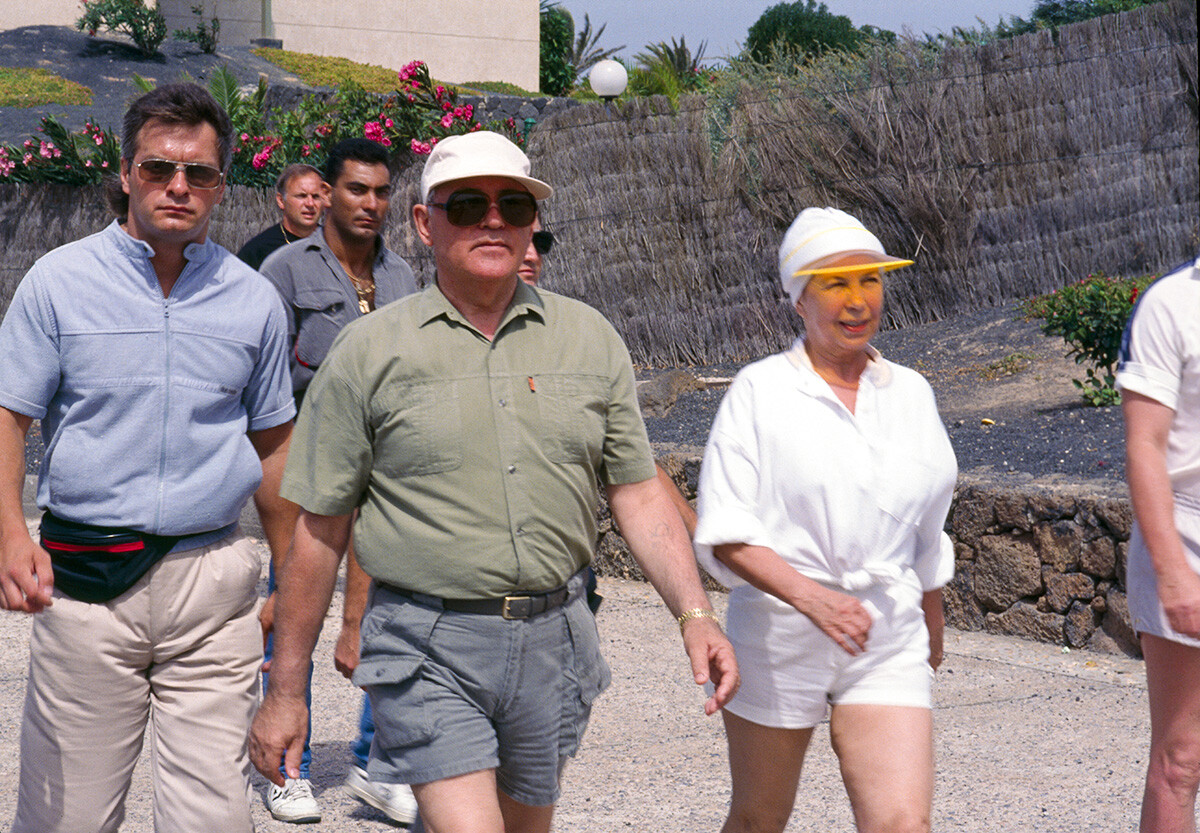 15. Mikhail Gorbachev on a vacation in Palma de Mallorca, Spain, 2000. 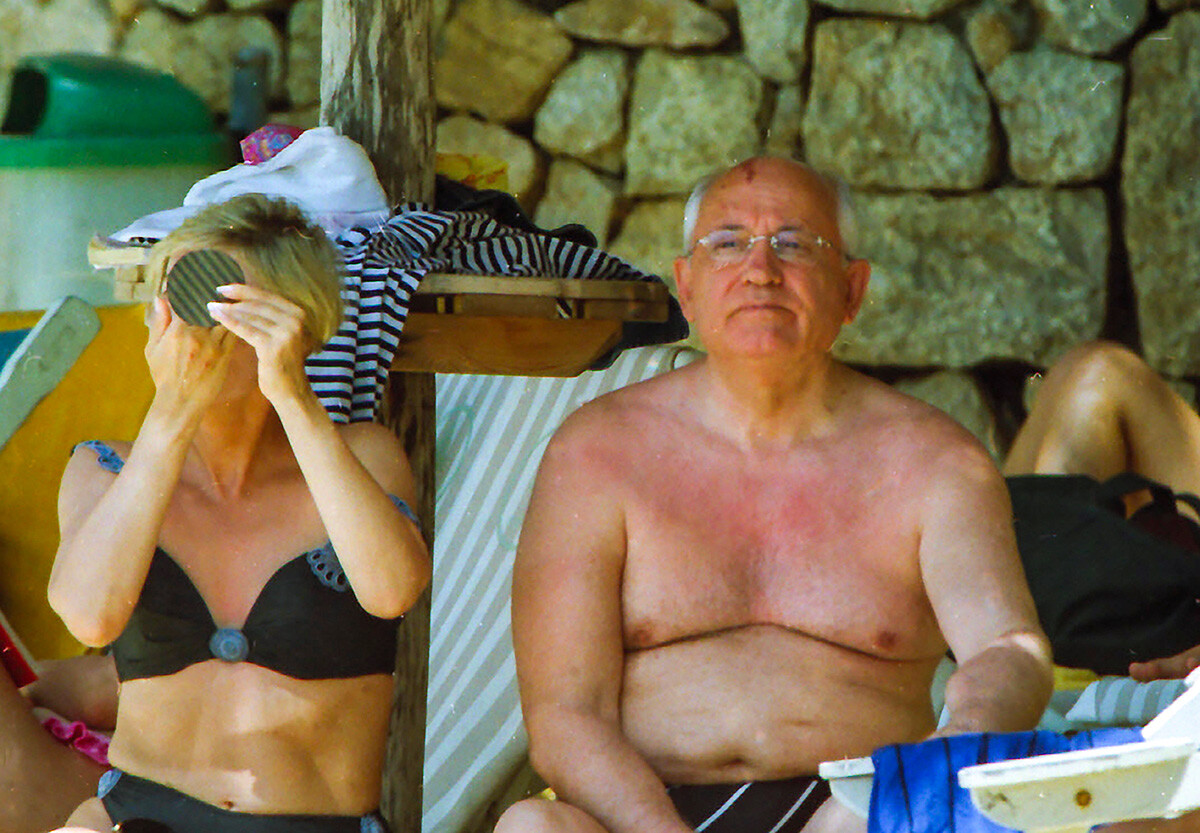