ALSIB: What the Lend-Lease airports look like today (PHOTOS) 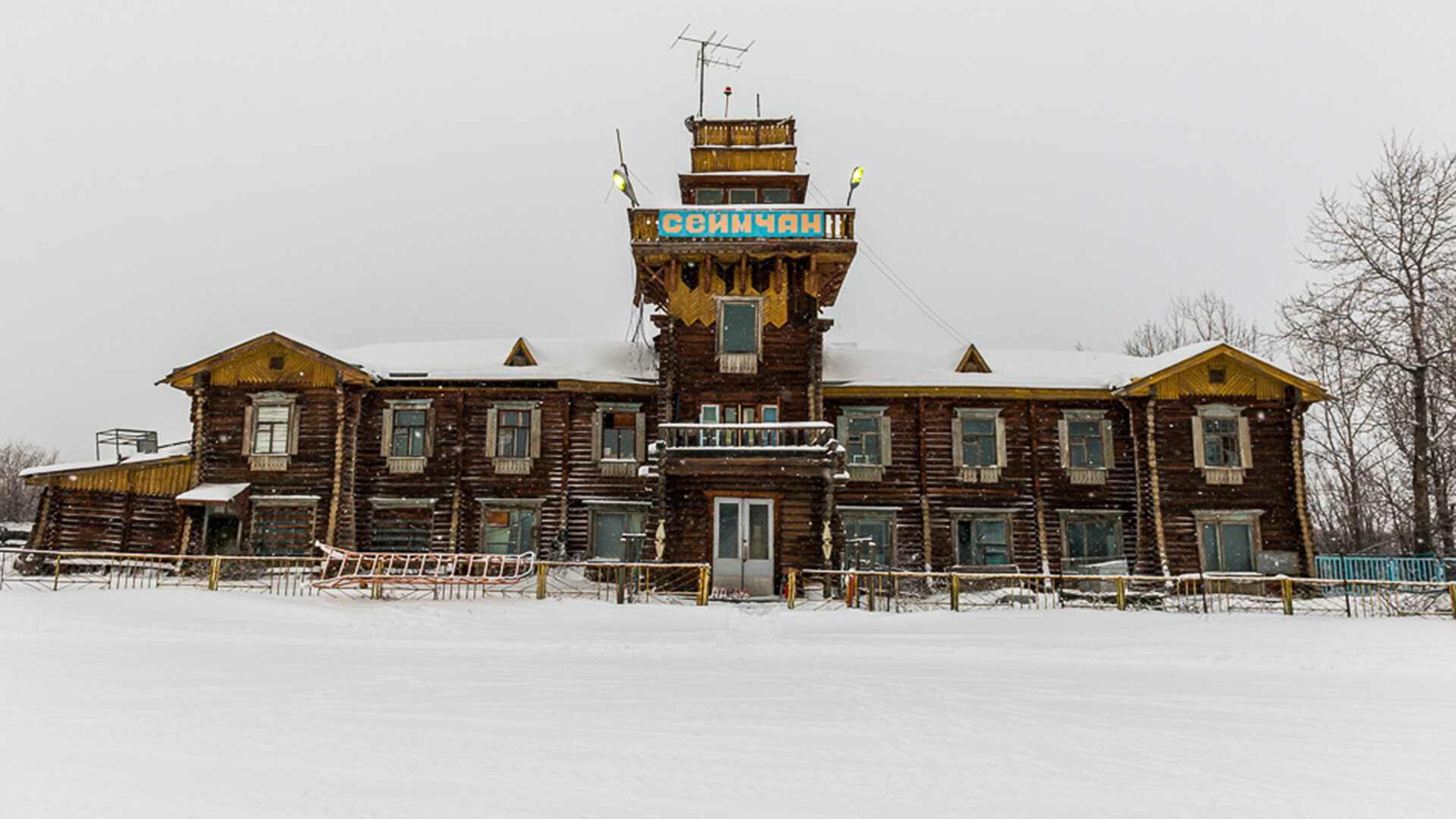 Anton Afanasev
The main air route for ferrying aircraft from the U.S. to the USSR under the Lend-Lease Act was opened in 1942. What remains today of these airports built in the Siberian permafrost? 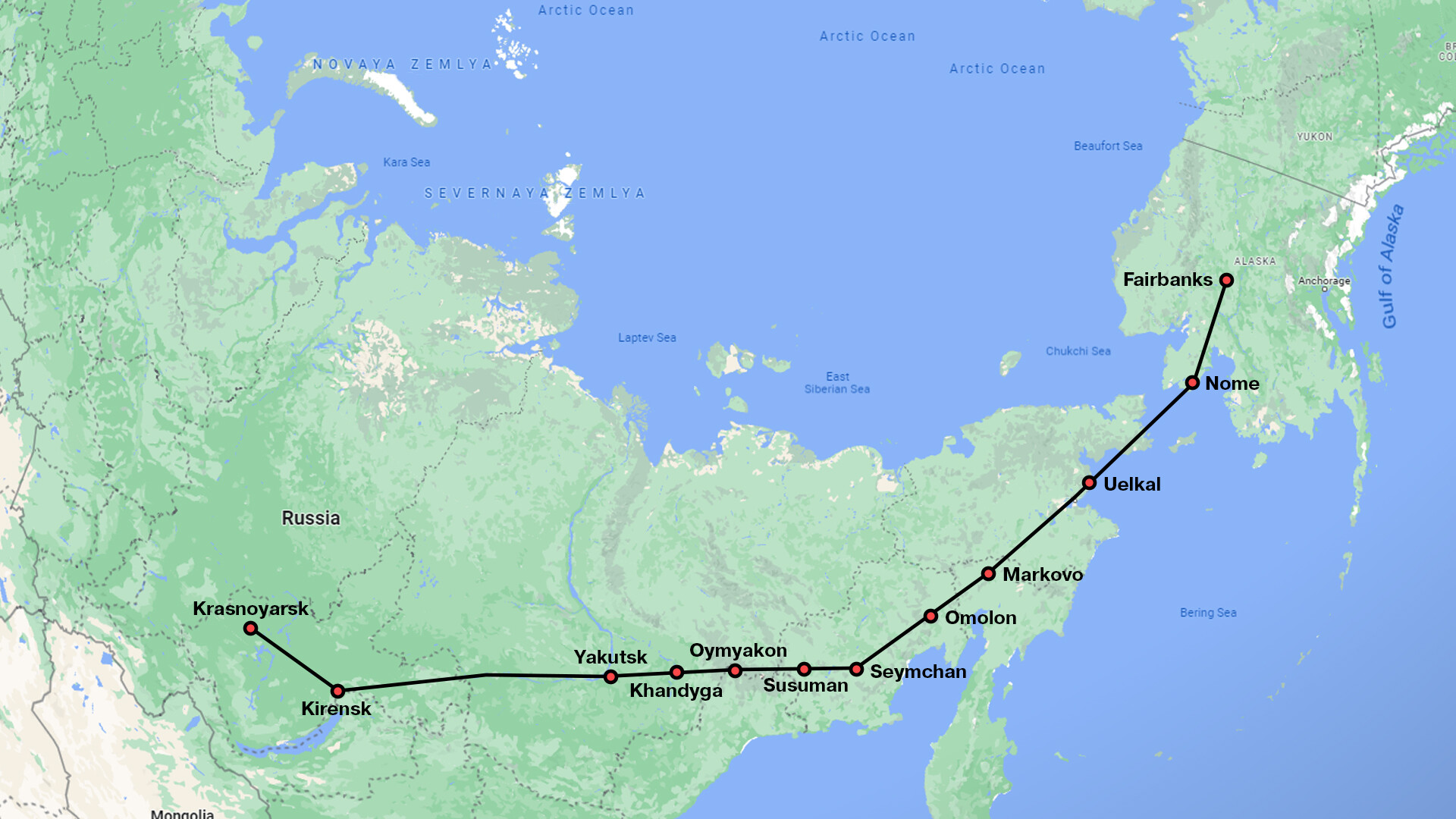 The Alaska-Siberia (‘ALSIB’) air route was created for ferrying military aircraft and cargoes from the United States to the Soviet Union under the Lend-Lease agreement. The route was 6,500 km long, of which 5,000 km passed over Soviet territory. These kilometers posed quite a challenge: the uninhabited tundra of Chukotka and the impenetrable taiga of Siberia, very strong side winds, freezing temperatures and permafrost. Sixteen airports were built or rebuilt in such conditions, through which almost 8,000 airplanes were flown to the frontline. Afterwards, the airports were also used for civilian purposes. 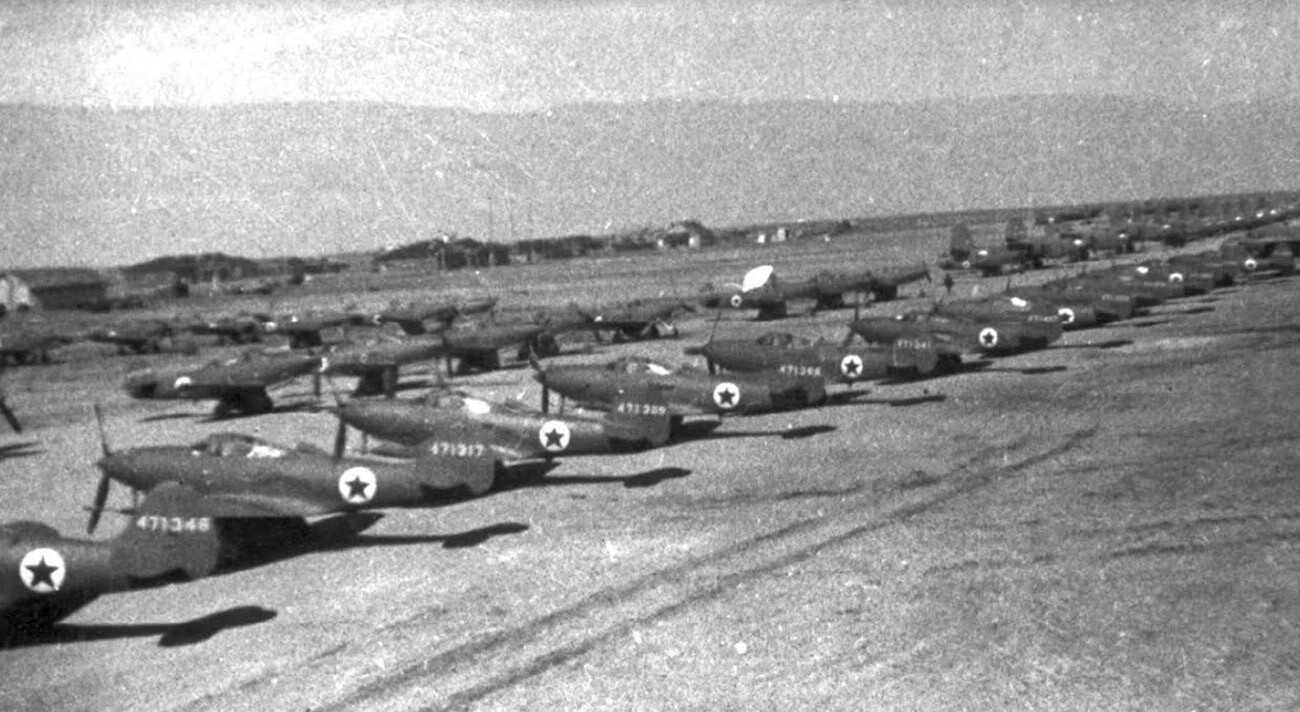 At Uelkal airdrome. Waiting for weather.

The first of the airports was built outside the small Eskimo settlement of Uelkal (which means “whale jaw”) on the Bering Sea coast. It was constructed in a matter of weeks, from mid-August to the end of September 1942. Over that period, 12 ships were unloaded - they brought building materials, fuel and food.

Outbuildings and yarangas [traditional Eskimo tents] with plywood-reinforced walls rapidly sprang up around the Eskimo dwellings and there was even a canteen.

To mark the 80th anniversary of the Alaska-Siberia air route, a memorial to the pilots who died while delivering the aircraft was erected in Uelkal in August 2022. 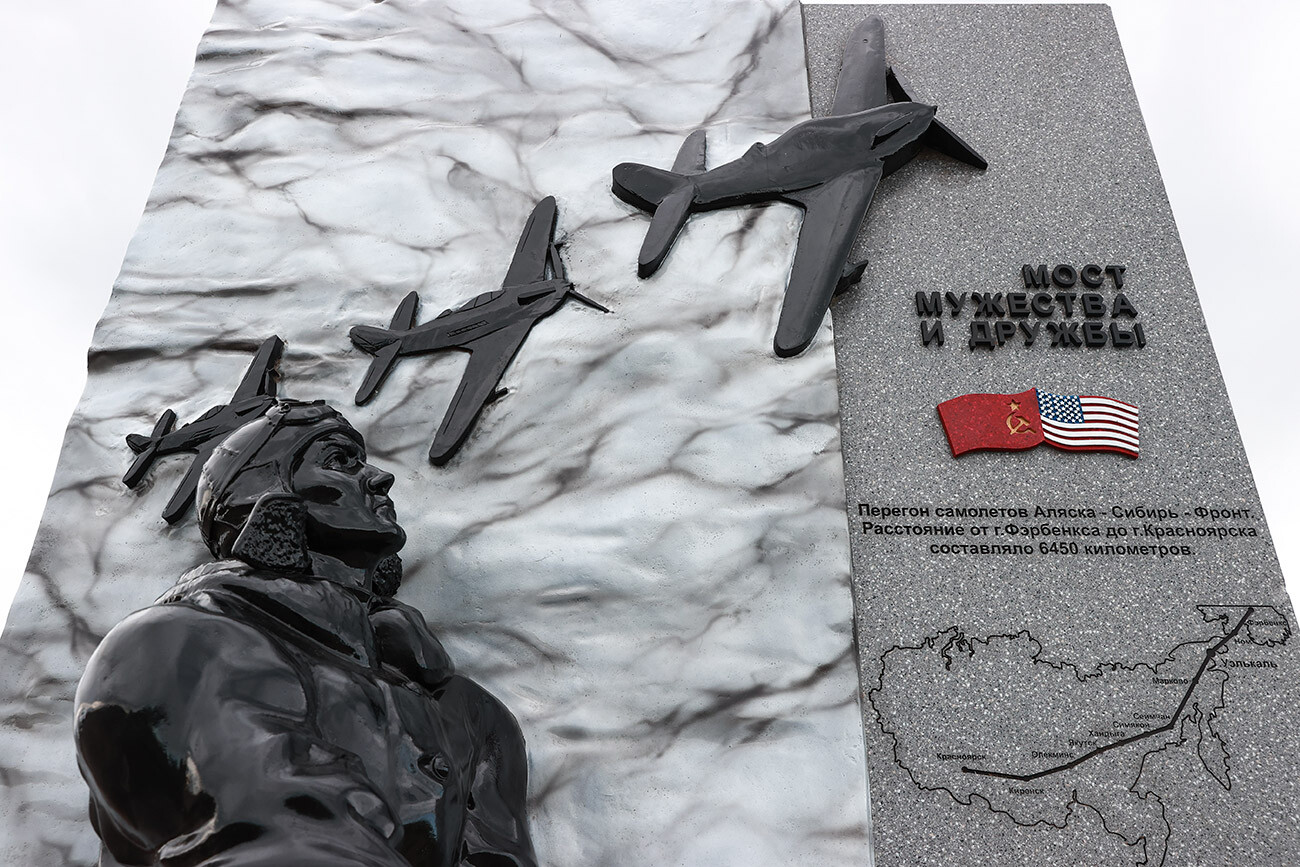 Memorial to the Alsib pilots in the village of Uelkal.

The airport was decommissioned in the 1980s. Nowadays, the village with its 200 inhabitants can be reached by helicopter - there are regular flights from the nearest settlement of Egvekinot. 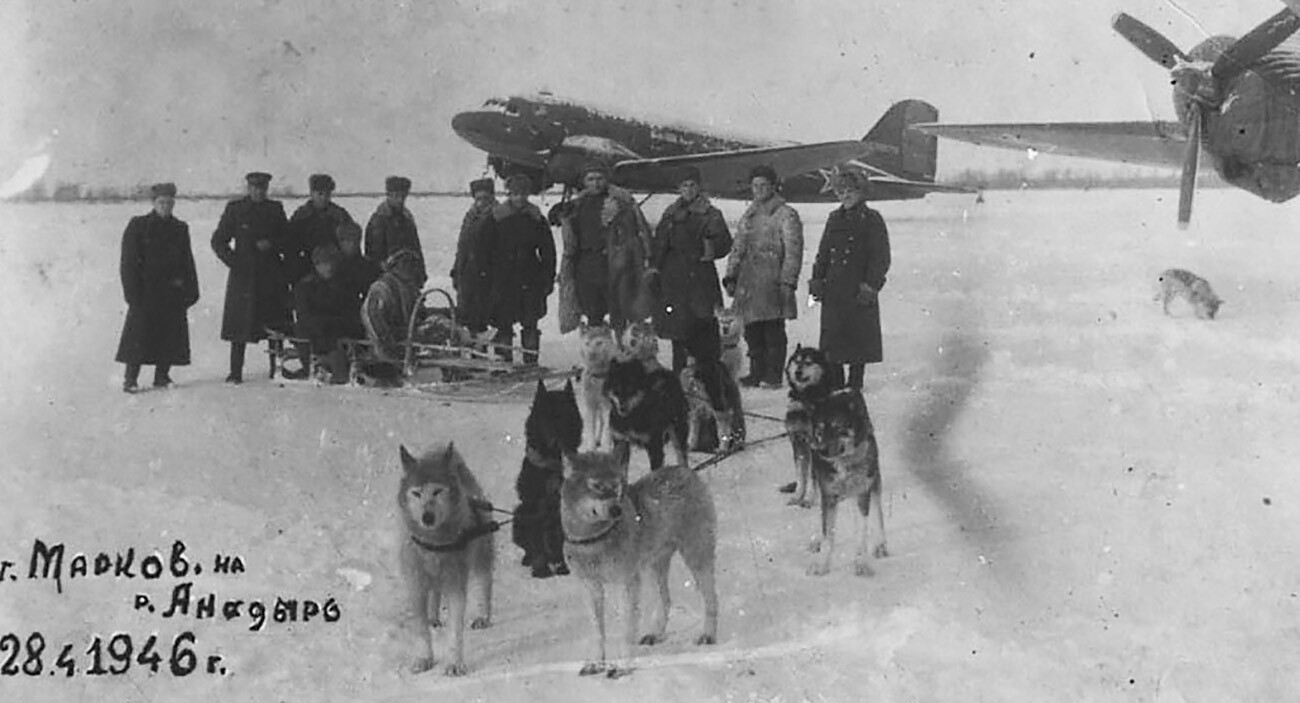 The distance from Uelkal to Seymchan (one of the main ALSIB airfields) is almost 1,500 km over the very sparsely populated regions of Chukotka and Kolyma. Halfway on this segment of the route, it was decided to build a reserve airfield outside the village of Markovo. The soil there is very soft and had to be reinforced with sand and pebbles. 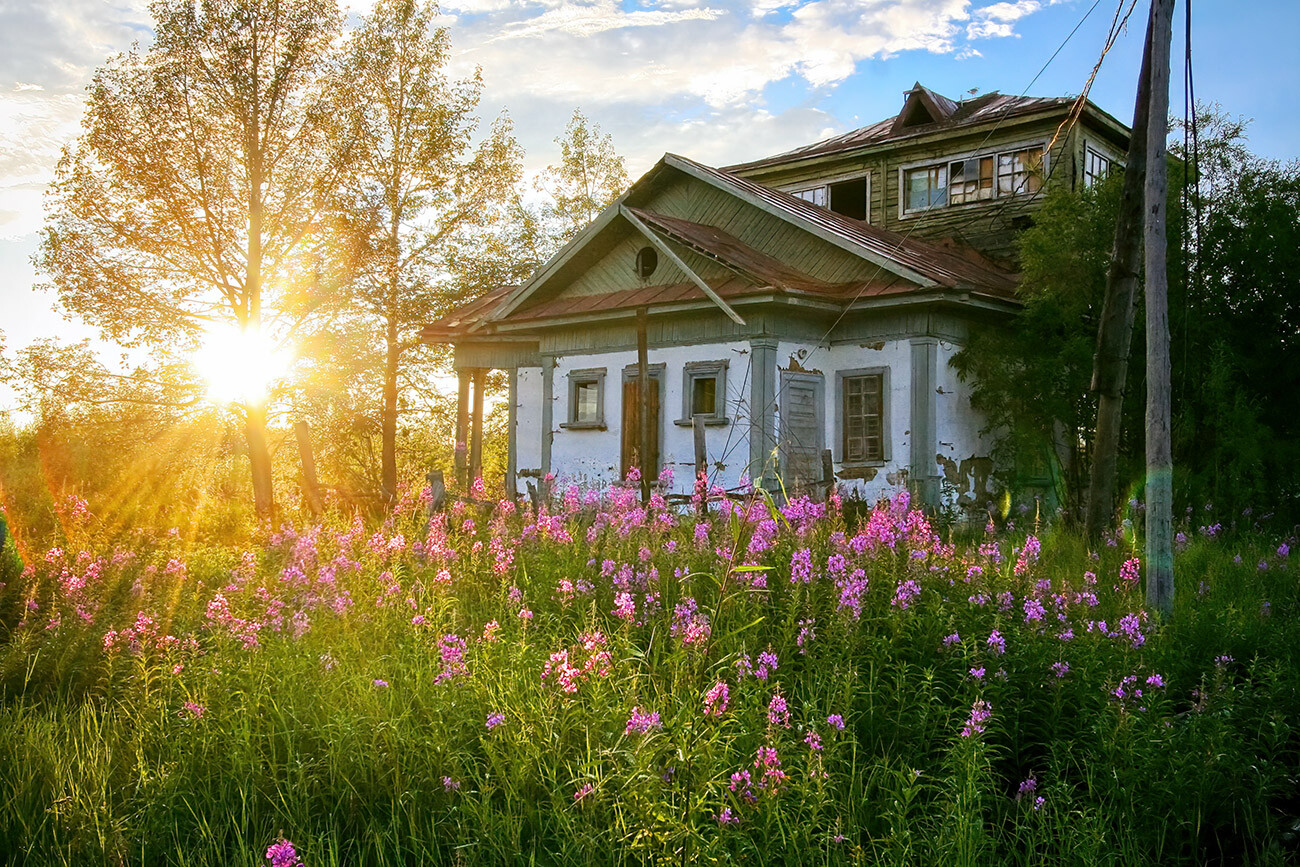 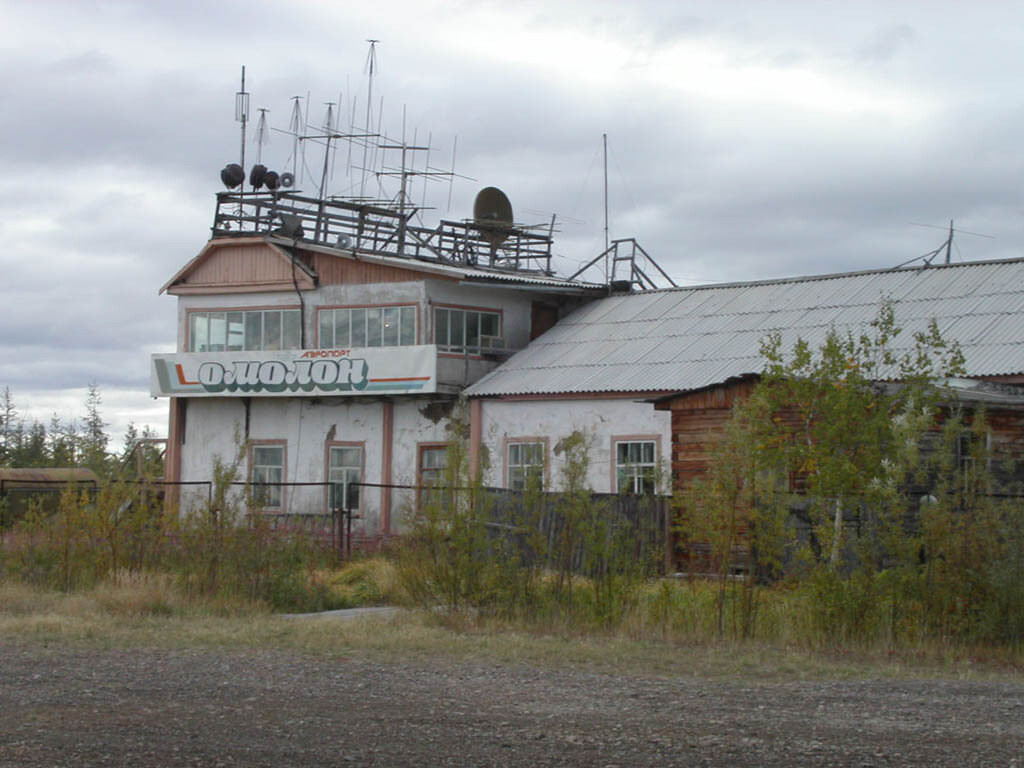 This reserve airfield approximately 500 km from Markovo was built in 1942. Initially, there were only reindeer herders there. The village of Omolon was set up specially for servicing the ‘ALSIB’ airfield.

Today, 600 people live in Omolon and the airport is their only year-round connection with other centers of population. There are flights to Magadan and Keperveyem (a settlement in Chukotka) several times a month and helicopters deliver goods to the reindeer herders. 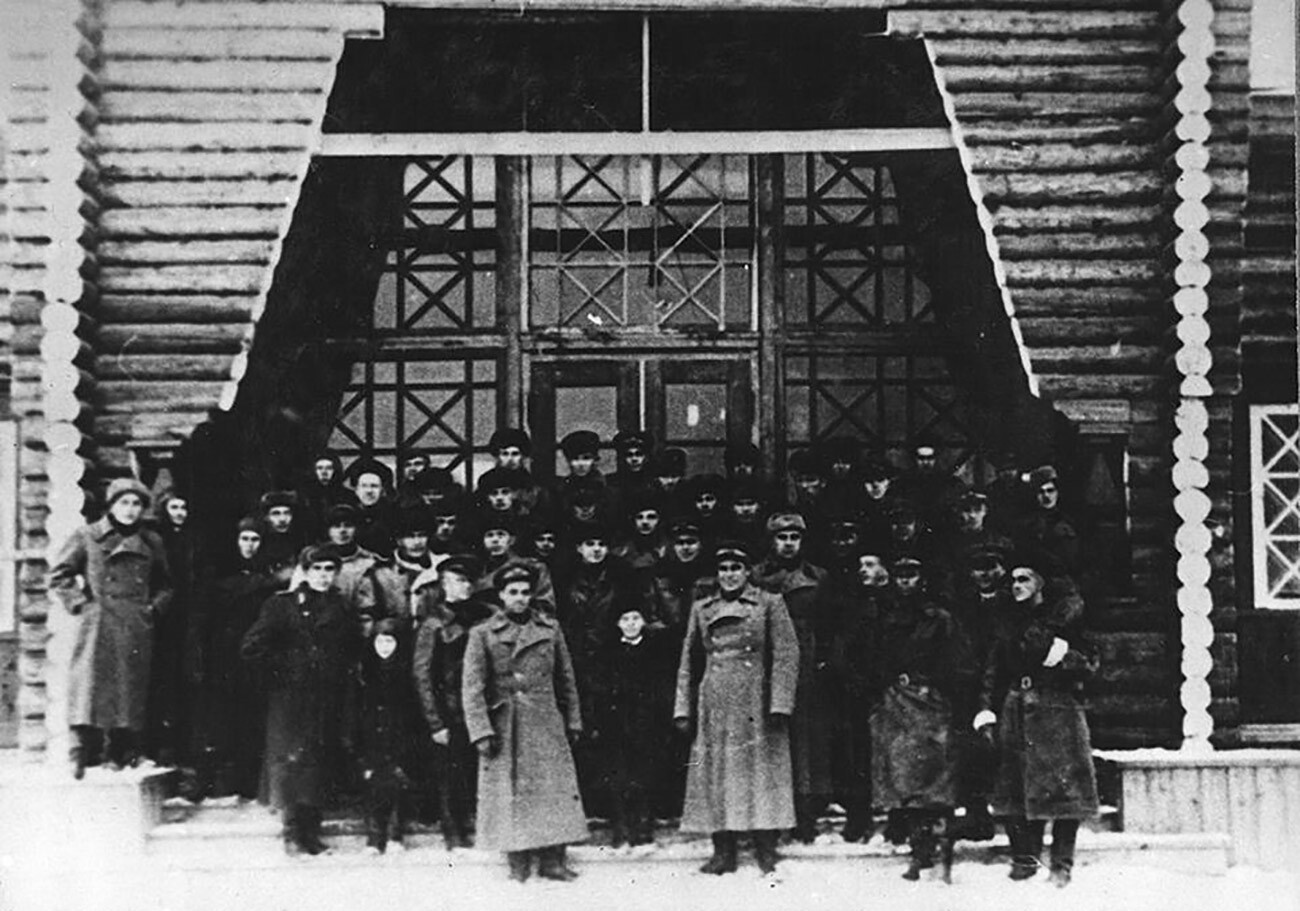 The stretch from Seymchan to Yakutsk was the most difficult section of the whole route, because it passed not only over volcanic hills and forests, but also over the so-called ‘Pole of Cold’ at Oymyakon. The airport, built in 1942, turned out to be rather unusual. Its wooden building is reminiscent of a Russian terem (fairy tale house). 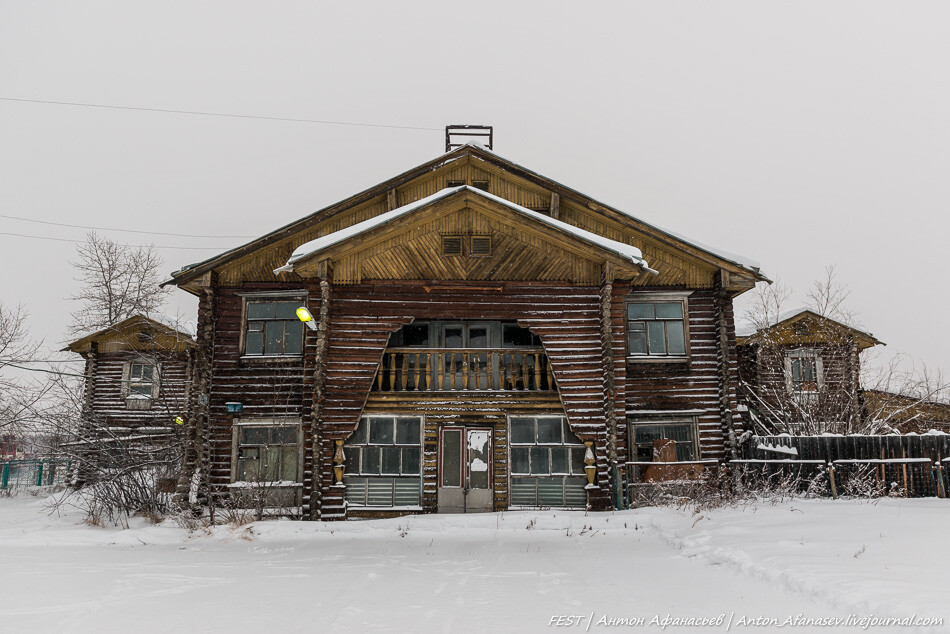 After World War II, Seymchan was widely used by local airlines until the mid-1980s. Today, the population of the settlement has greatly decreased (from 10,000 in 1991 to 2,000 today) and the number of flights has been cut. But there are still flights to Magadan. The airport building is listed as a cultural heritage site. 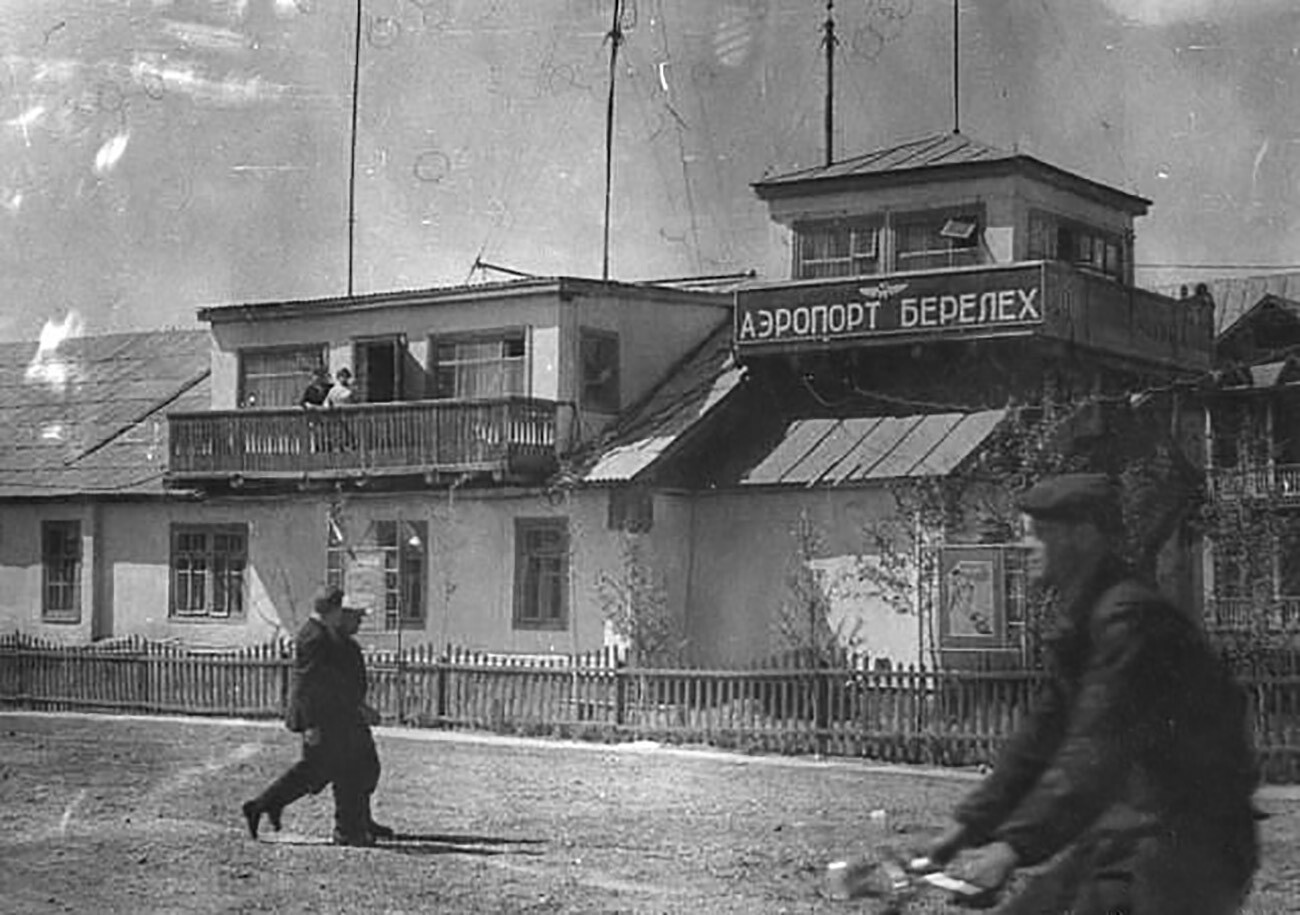 The first airport near the town of Susuman had been built in the mid-1930s, as there was a geologists’ field camp there. In 1942, the airport was moved closer to the village and was adapted for ALSIB needs. At the time, it was known as Berelyokh, after the nearby river of the same name. The flying conditions in the area were very dangerous owing to constant fog and cloud cover. 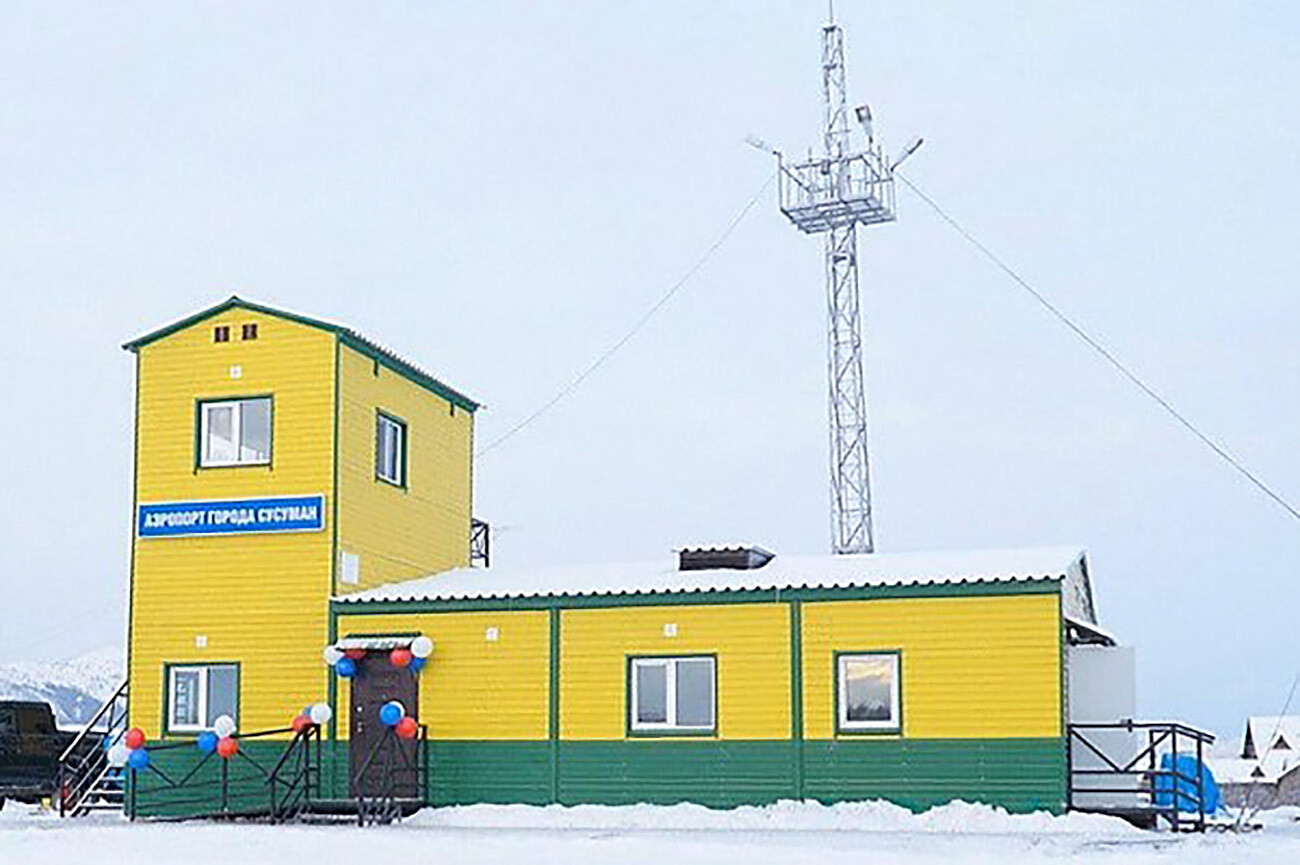 The new building of Susuman airport.

After the war, it was used as a regional airport until 1998, after which it was closed down, but, in 2012, flights from Magadan to Susuman resumed. A new airport building, meanwhile, was opened in 2019. 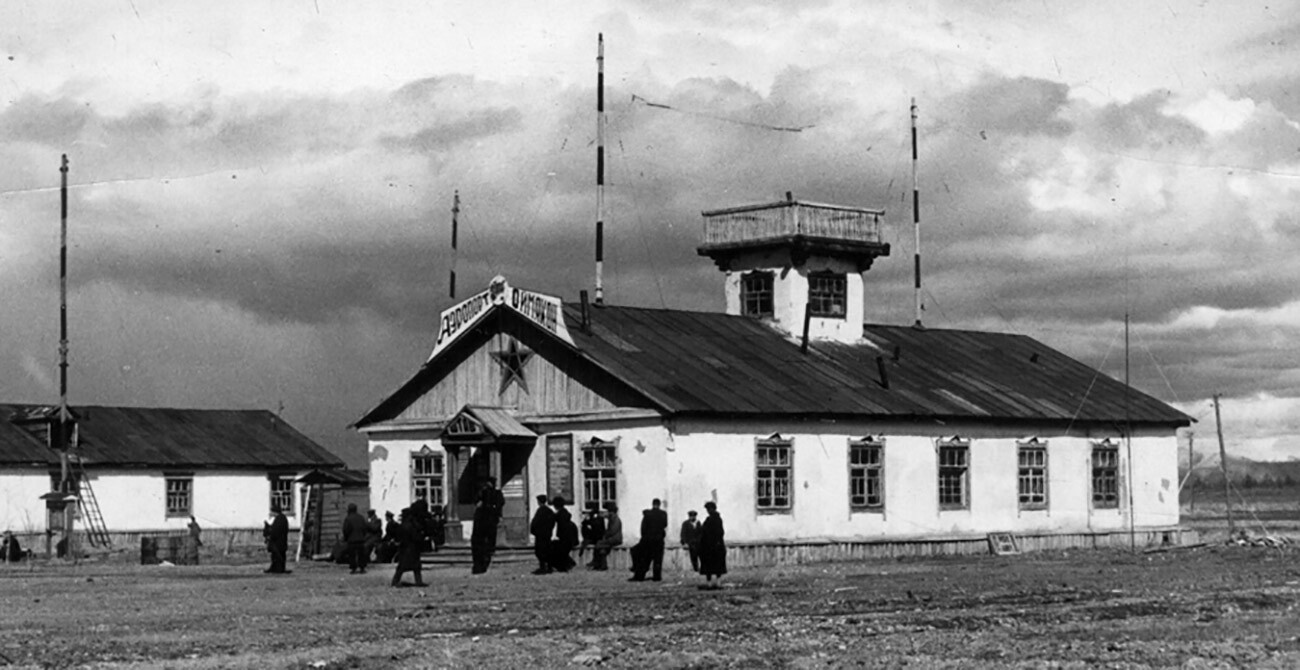 The settlement of Oymyakon in eastern Yakutia is the coldest place in Russia - temperatures regularly drop below minus 50 degrees Celsius in winter. Tomtor airport near Oymyakon was constructed in September 1942. A large proportion of the workers were prisoners and some of them stayed on to work at the airport after their release. 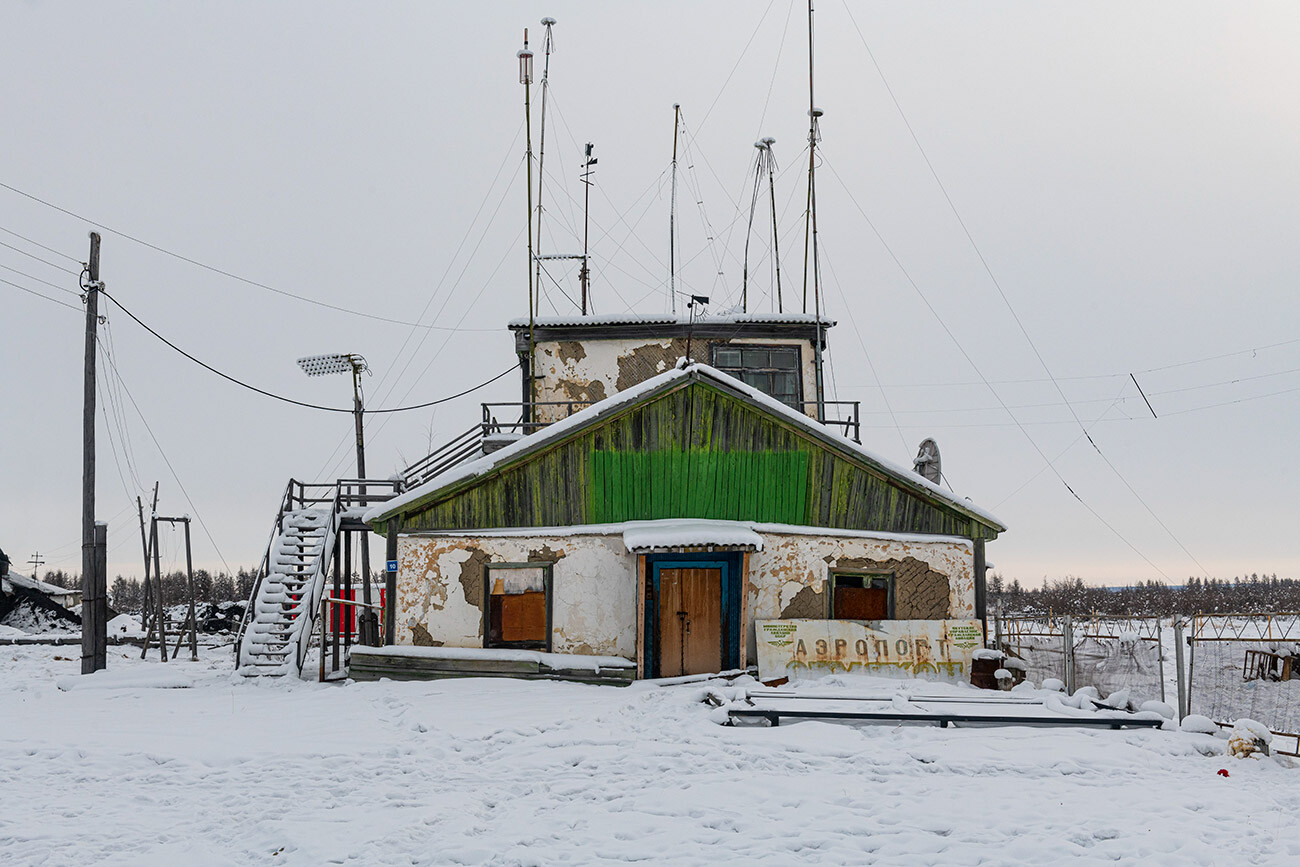 Today, about 500 people live in the settlement, but the airport continues to operate, providing an air link to Yakutsk, the capital of the region. Oymyakon has turned its extreme cold into an attraction - about 1,000 tourists visit every year, mostly during the winter. 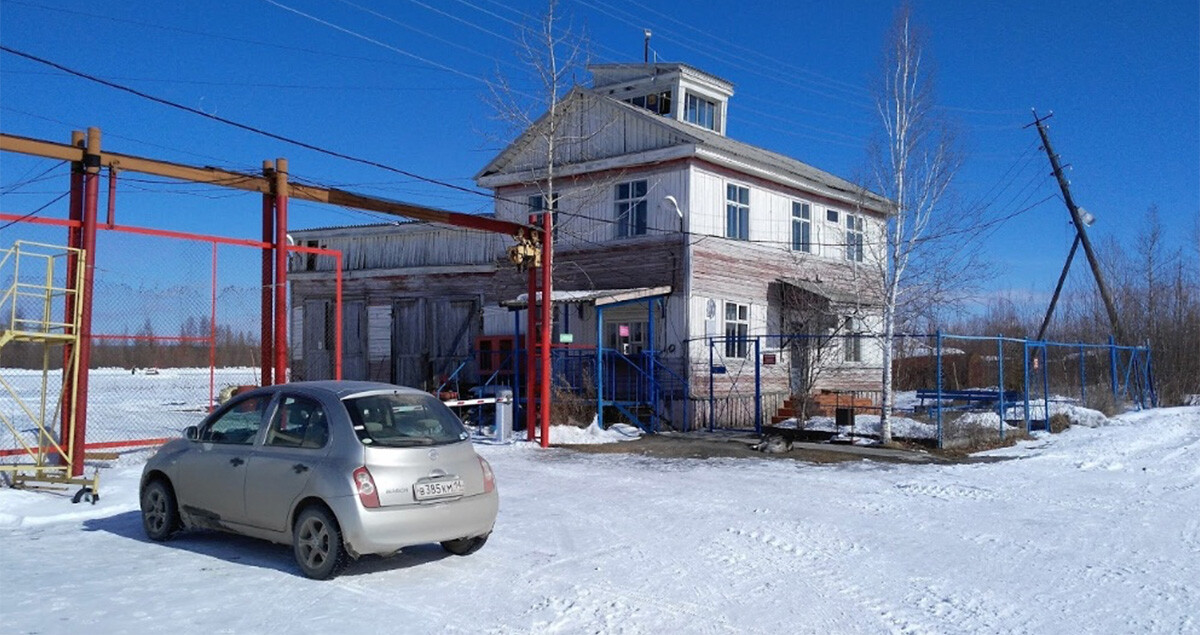 The first runway near the settlement of Khandyga was built in the autumn of 1942, but, by the following summer, it had already been swallowed up by a bog. Such is the nature of the soil there. Another location needed to be urgently found and the choice fell on the settlement of Teply Kluch roughly 75 km from Khandyga. A runway was inaugurated there in November 1943. It served as a reserve airfield during World War II.

By the 1950s, it had started handling civil flights and new houses and clubs were extensively built and new infrastructure was developed. The airport is currently being modernized. Around 6,000 people live in the surrounding area. 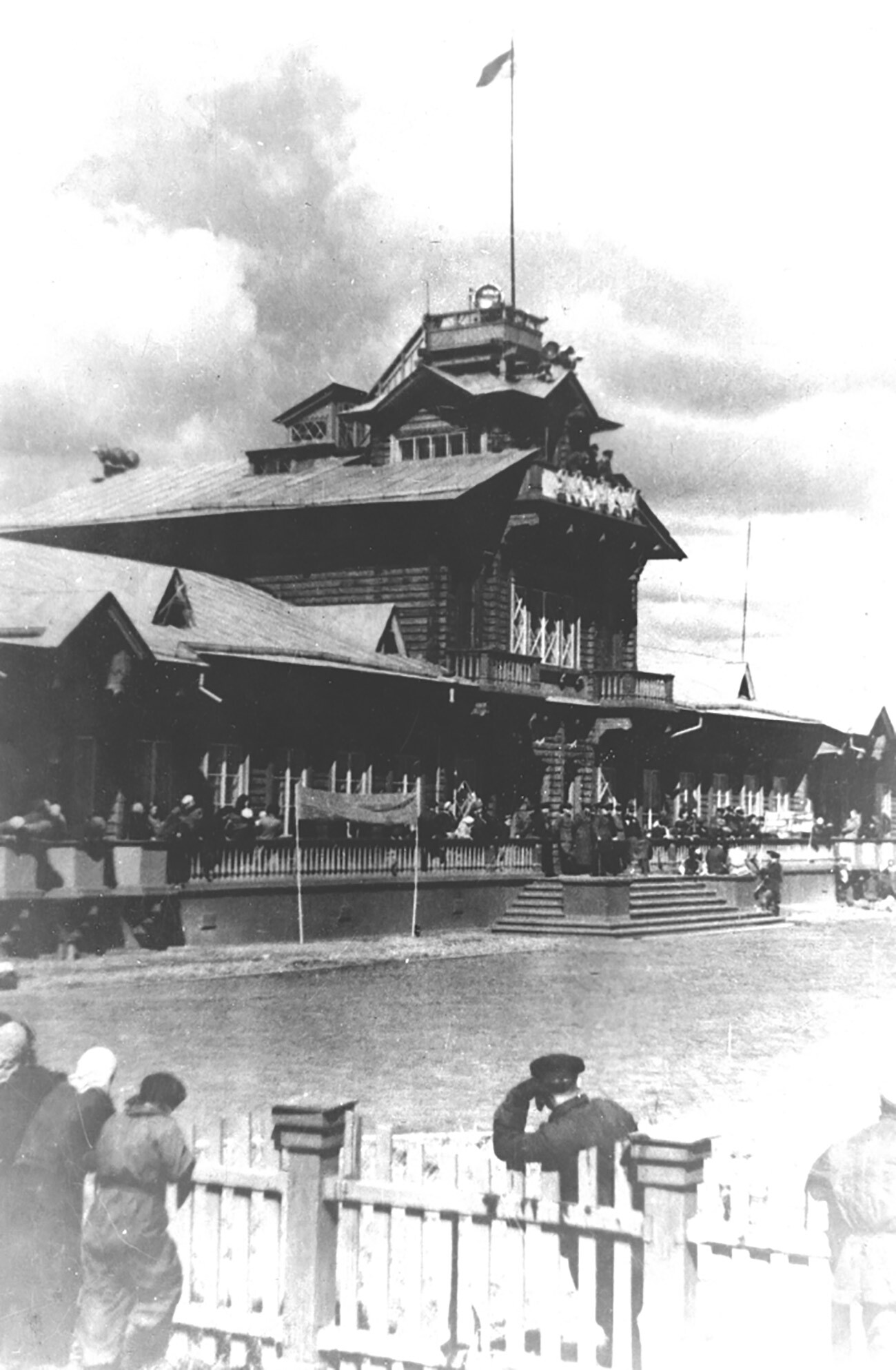 This is one of the oldest airports in Russia, having been opened in the early 1930s. Initially linking the capital of Yakutia with geologists’ field camps, it became a key airport on the ALSIB route in 1942. After the Great Patriotic War, many of the air crews from regiments involved in the ferrying missions transferred to work in Yakutsk's civil aviation sector. 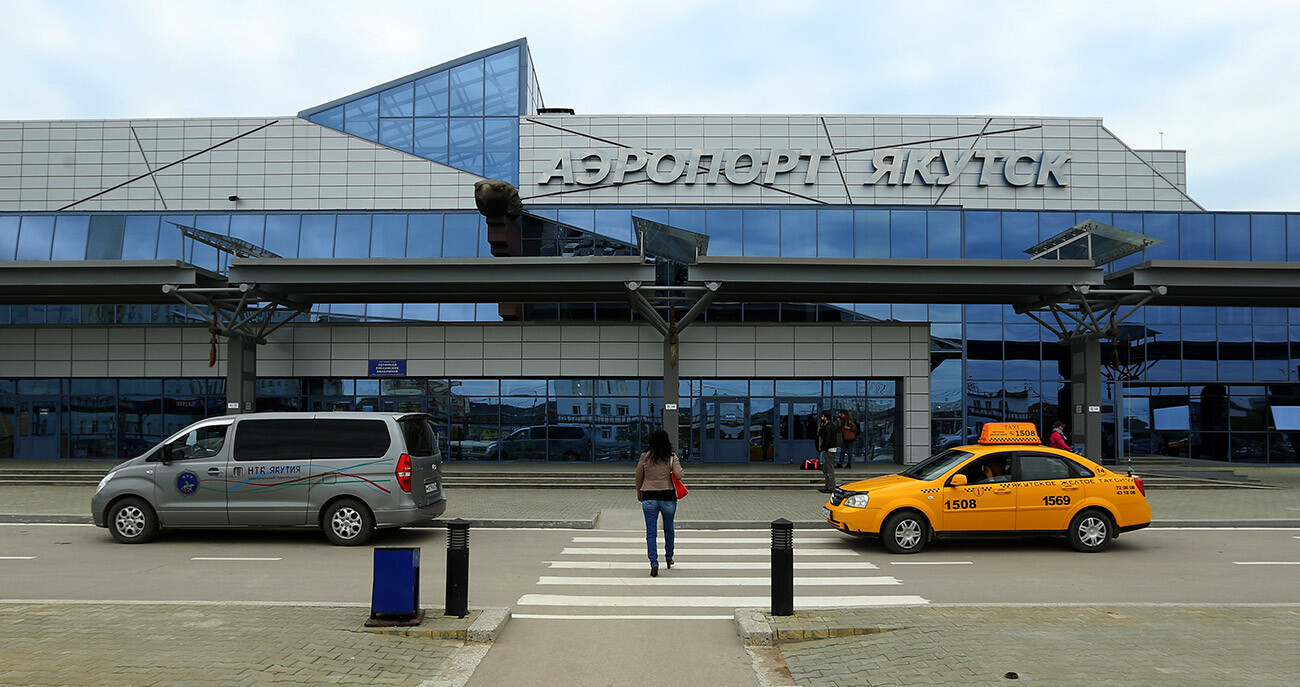 Today, it is not just the biggest airport located in the permafrost zone (Yakutsk itself has a population of around 350,000), but it is the only test site in the world for trials of aviation equipment in extreme frost. 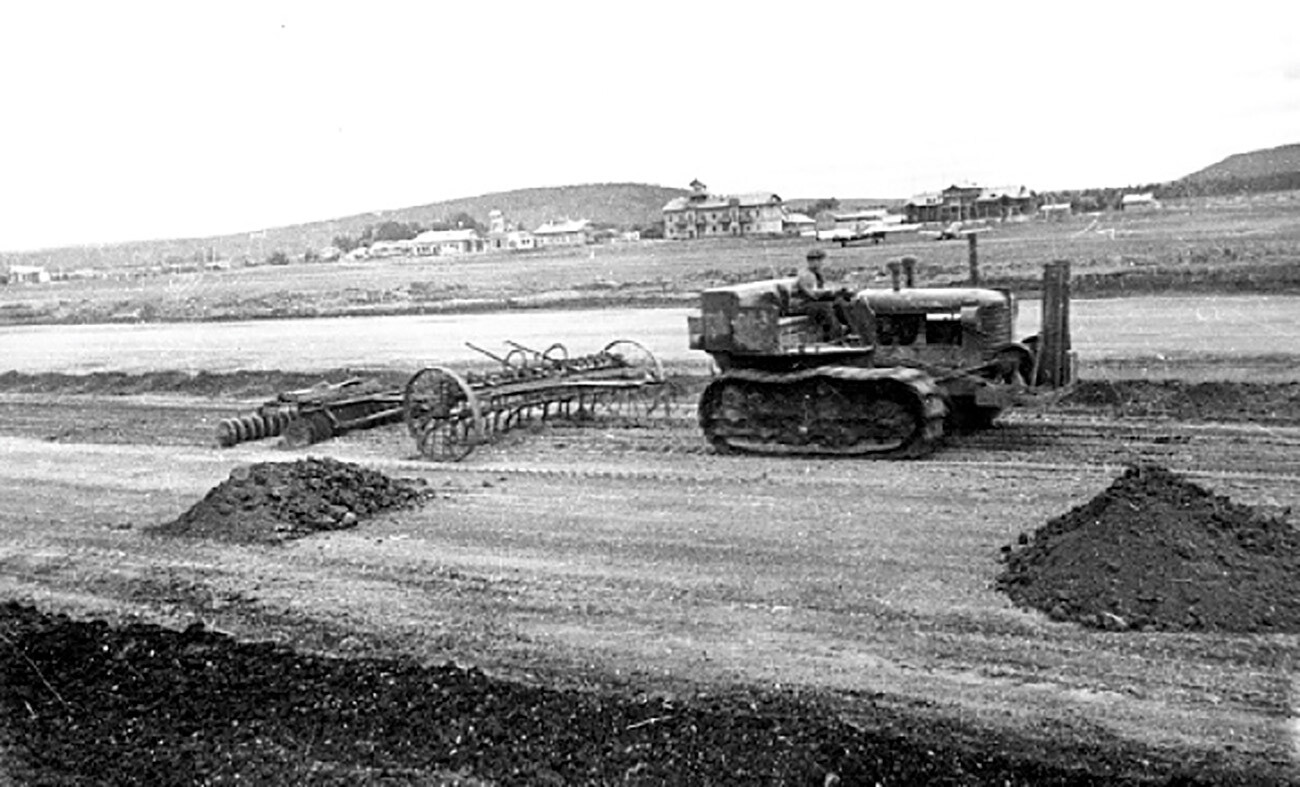 Kirensk itself is an old Siberian town founded on the River Lena in 1630. It has a permanent population of around 12,000. The main airport of the ALSIB route was constructed almost entirely by manual labor near the town in 1942. 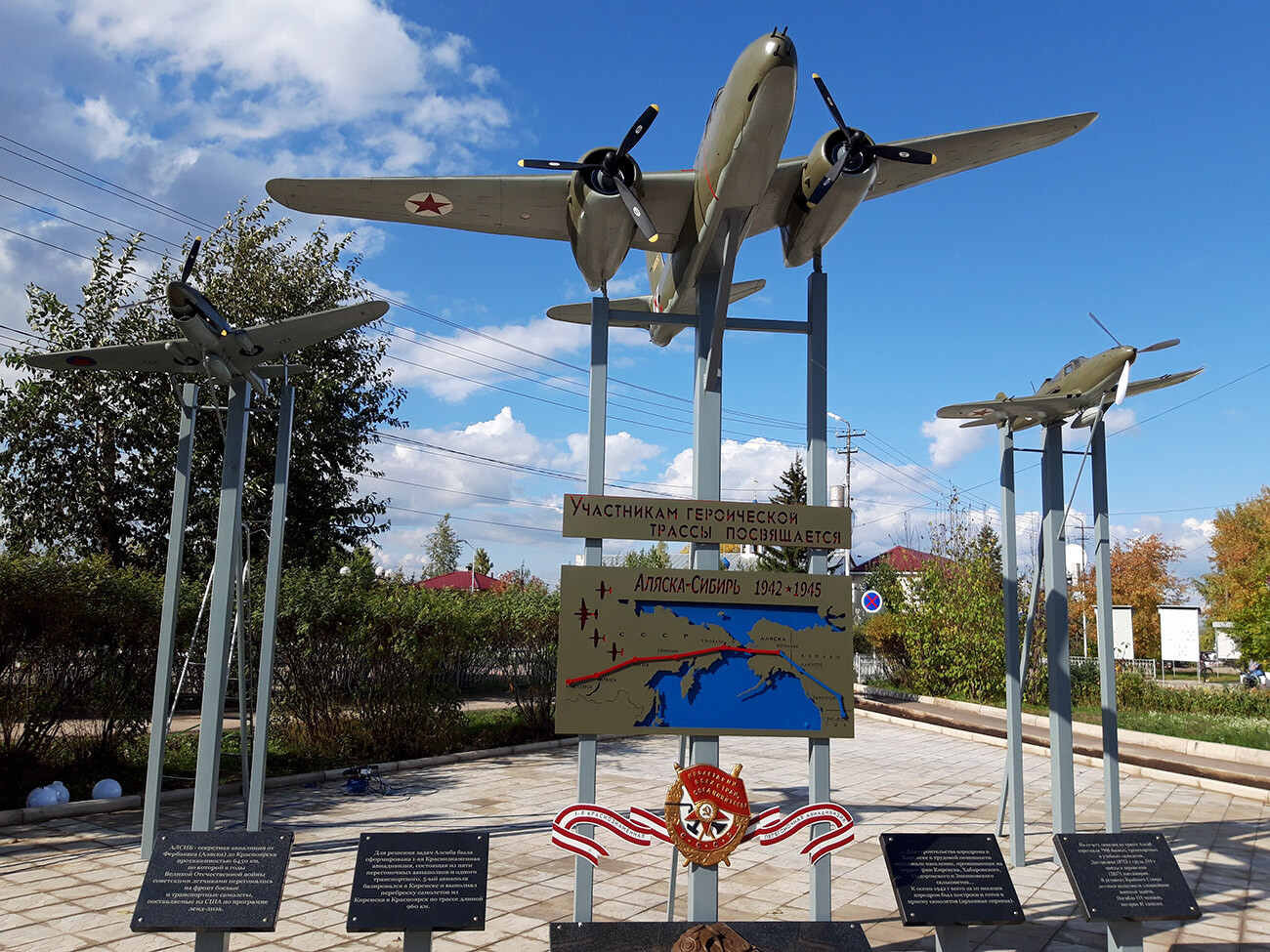 Today, the airport is used for links with Irkutsk and the area’s outer centers of population. 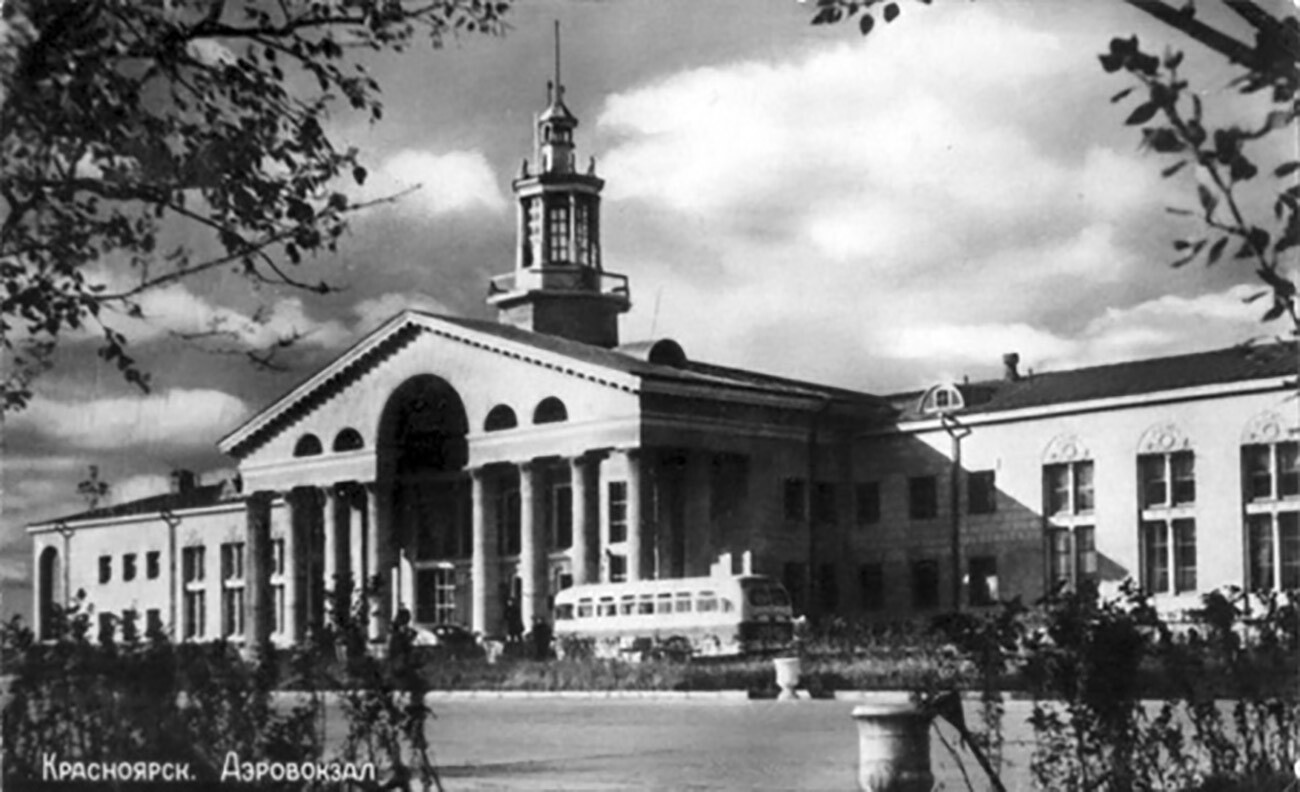 The final stage, from Kirensk to Krasnoyarsk, was 960 km long and passed over continuous taiga. Krasnoyarsk, a major Siberian city, already had air links in the late 1920s, but the Lend-Lease airport had to be built from scratch.

The aerodrome had two concrete runways, four aircraft hangars, storage facilities and garages. A terminal building for civil aviation started to be built there immediately after the war; it handled flights from the whole of the Soviet Union! The city expanded over time and, by the 1970s, the old airport found itself in the middle of residential districts. A large new airport was opened in Krasnoyarsk 27 km from the city in 1980, and it is operating to this day. Ploshchad Geroev Alsiba (‘Heroes of ALSIB Square’) can now be found on the site of the old airport. 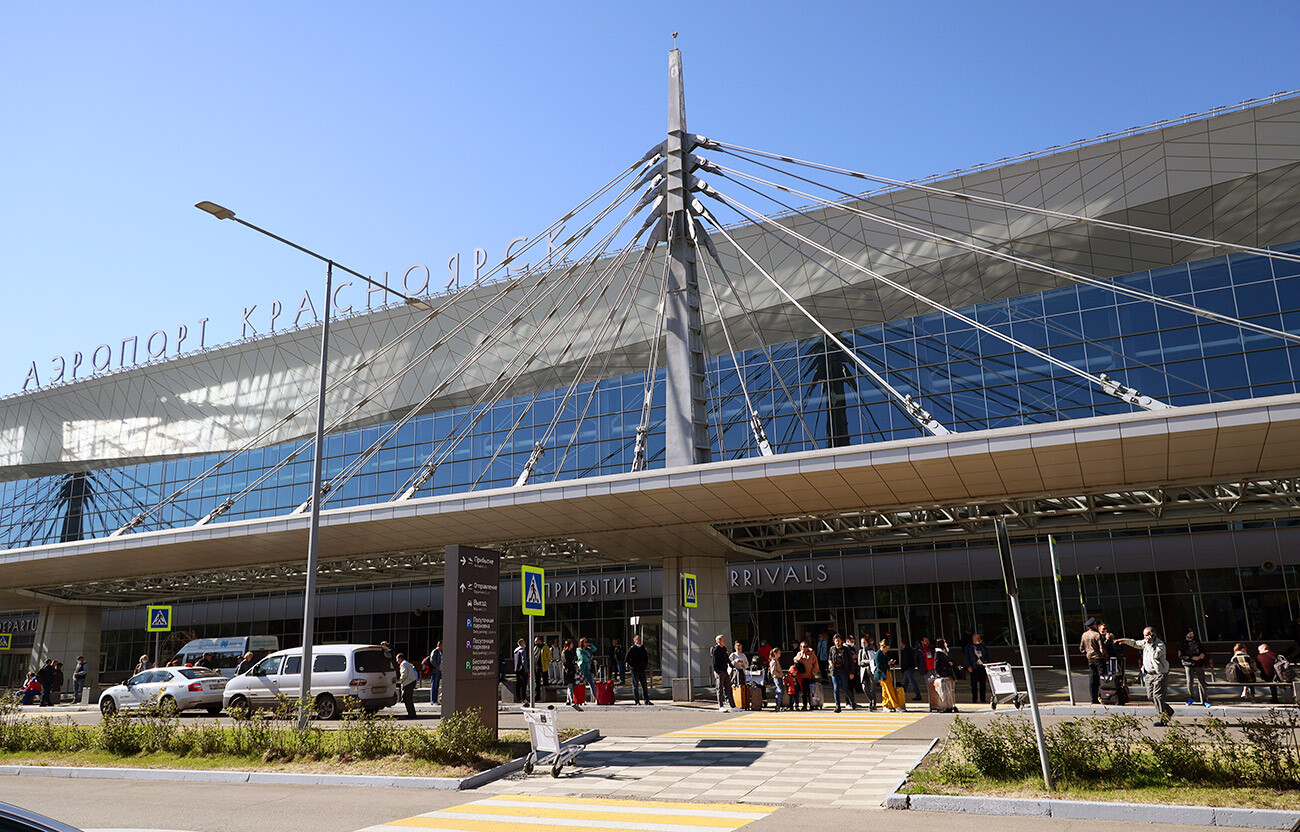