Who raised the tsar’s KIDS & what did they learn? 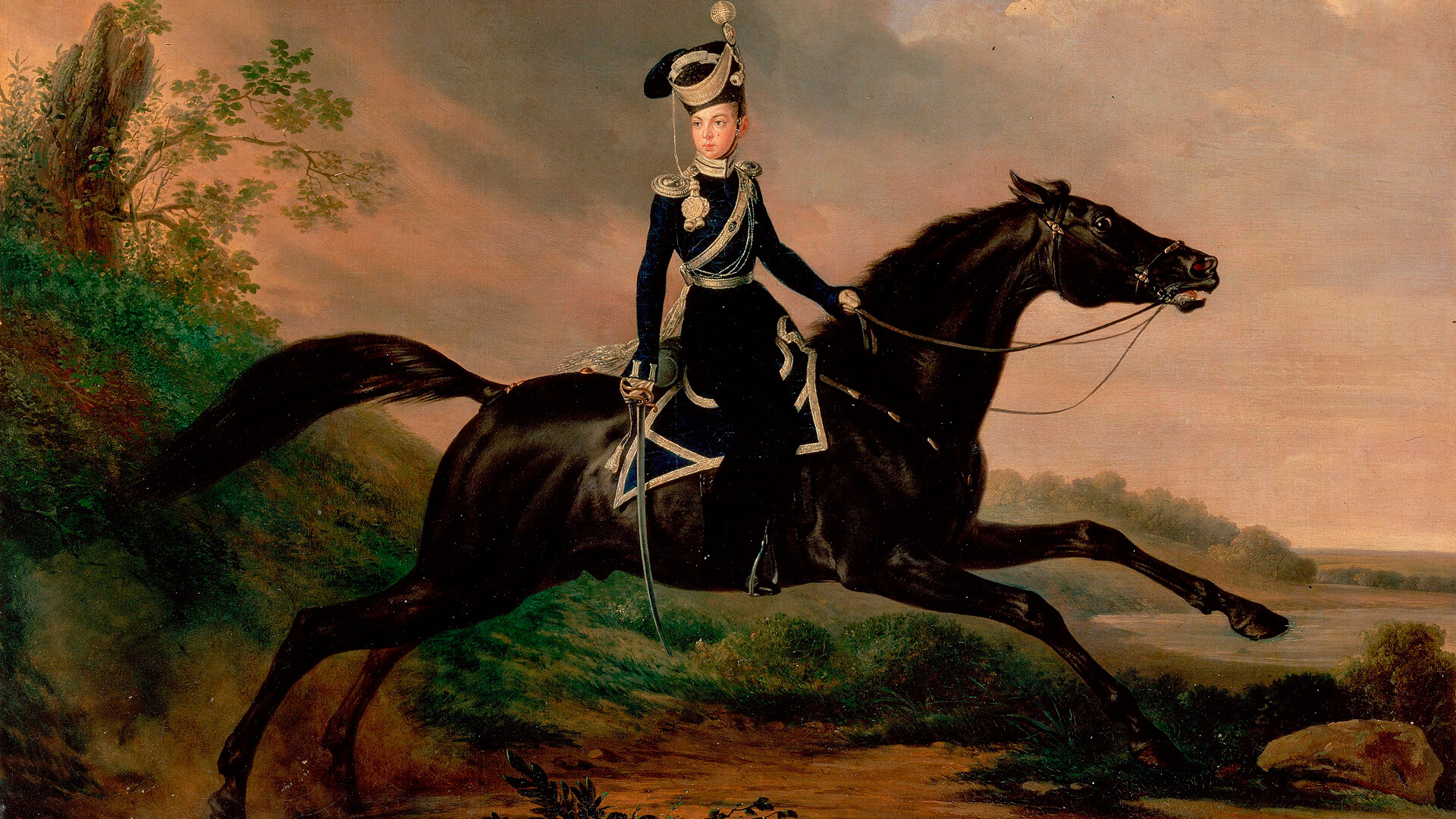 Hermitage Museum / Public Domain
The main thing heirs to the throne had to learn was how to rule a state. They also studied military disciplines, languages, natural sciences and philosophy. But, they did not forget to learn the skills of working on the land and in the workshops. 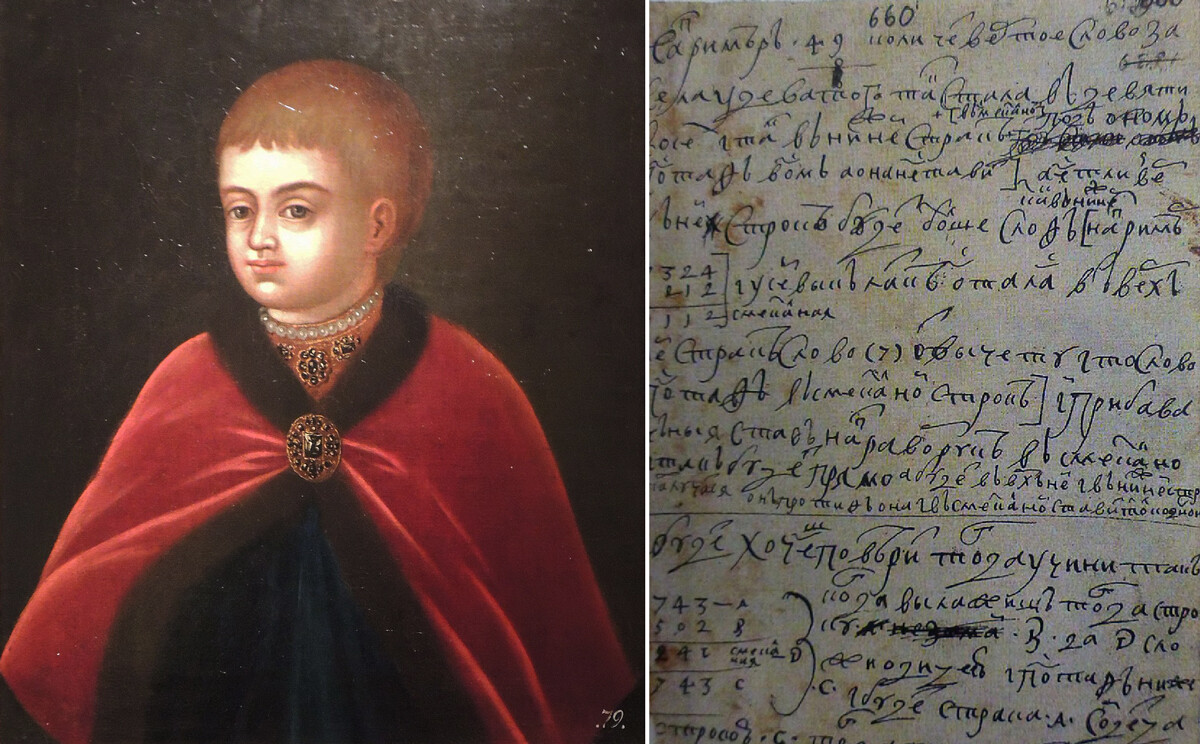 The future emperor began to be taught as soon as he was on his feet. As early as one year old, in addition to toys, he had an “amusing book” with pictures on everyday topics. When the tsarevich was five years old, he was entrusted to the care of clerk Peter Zotov: before being admitted to teaching, the knowledge of the future teacher was tested by theologian Simeon Polotsky. During the lessons, the heir mastered literacy, became acquainted with the Psalter, the Gospel and the Book of Hours. Being interested in exact measuring instruments, Peter asked to bring him an astrolabe and teach him how to use it. 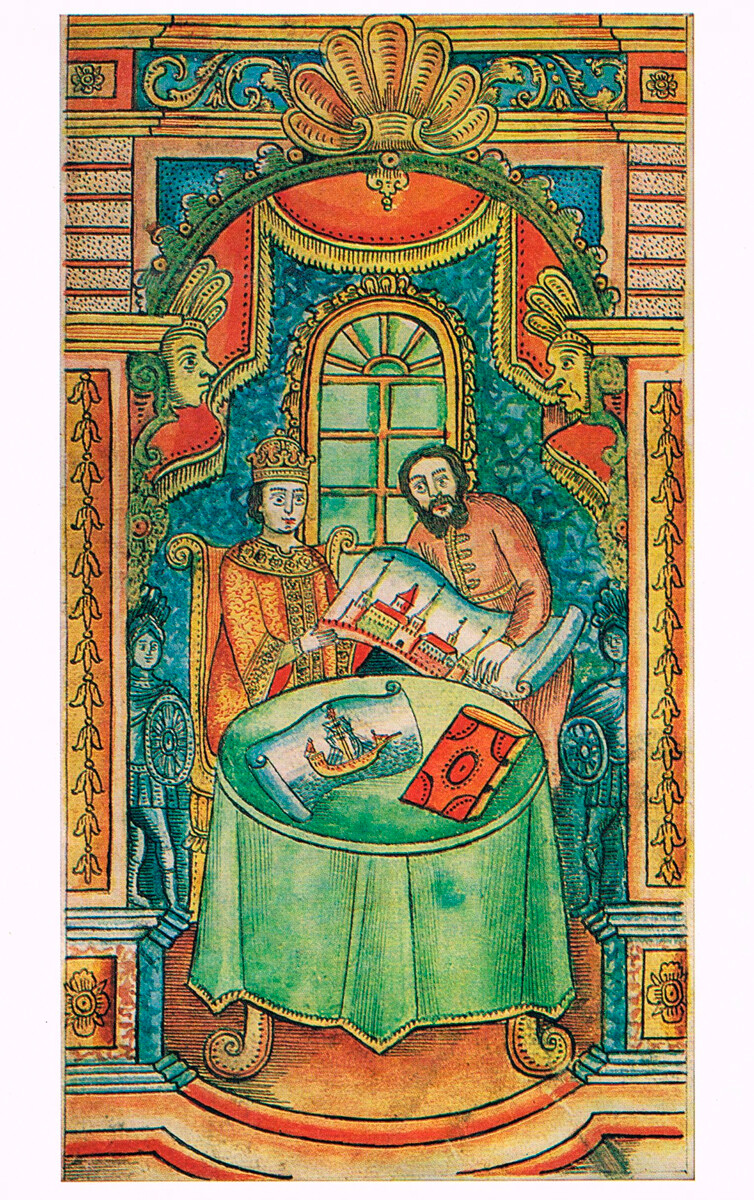 Nikita Zotov teaches Peter I various studies. Miniature from the History of Peter the Great by P. Krekshin.

Thus, he became acquainted with Dutch merchant Franz Timmermann, who introduced him to the basics of mathematics, geometry, fortification and shipbuilding. In 1688, they discovered an old boat in Izmailovo - its restoration was the first step in the creation of the Russian fleet. A few years later, Timmerman organized a trip for Peter I to the Amsterdam shipyards and, after that, he was engaged in the construction of ships. And military engineering was taught to Peter by Scotsman Patrick Gordon and Swiss Franz Lefort, with the theoretical lessons ended with maneuvers. 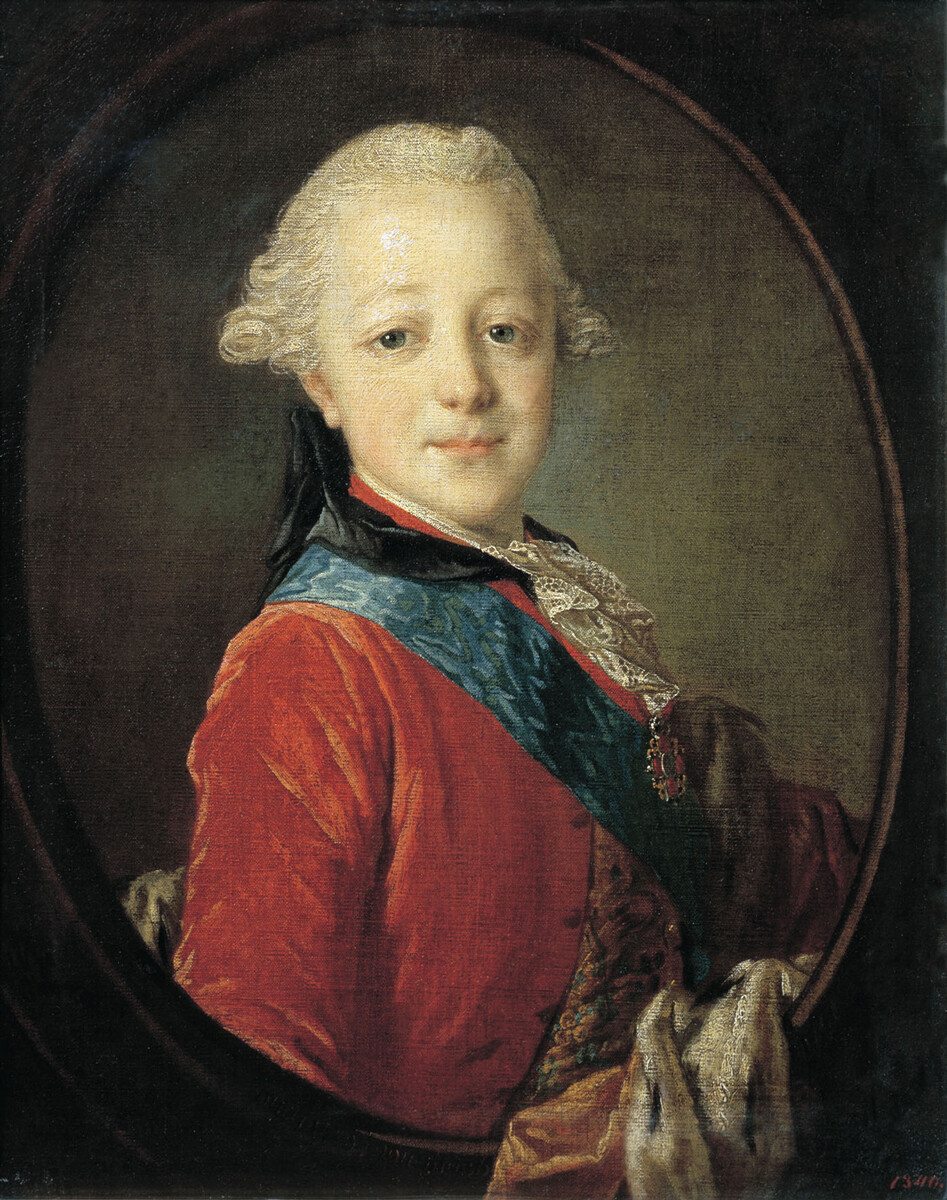 The Romanovs did not systematically educate their heirs until the 18th century. As the tutor of Grand Duke Pavel Petrovich, diplomat Nikita Panin decided to educate an enlightened monarch, who would not be alien to the issues of politics and economics, art, languages, history or philosophy. He himself chose teachers for the son of Catherine II. Thus, Metropolitan Platon of Moscow and Kolomna taught Paul the Law of God, geometry and arithmetic were taught by Semyon Poroshin, while Italian composer Vincenzo Manfredini taught the harpsichord. The court noted the Grand Duke’s extensive knowledge of history, geography and mathematics, as well as his fluency in French, German, Slavonic and Latin. Paul also had at his disposal a large library, which the empress had purchased for him in an effort to instill in him a love of the works of Voltaire, Diderot and Montesquieu. 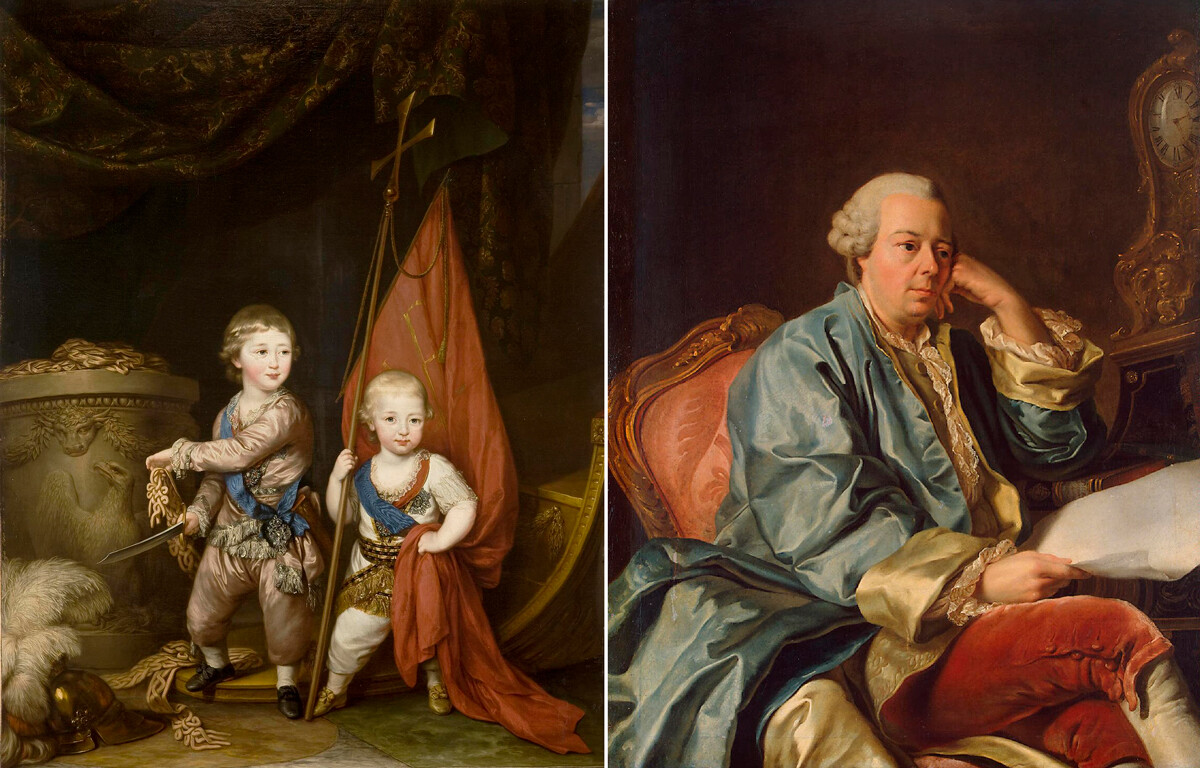 Catherine the Great personally oversaw the upbringing of her grandchildren, the future Emperor Alexander I and Grand Duke Konstantin Pavlovich. She shared the views of the English philosopher John Locke, who believed that the environment in which a child grows up affects his formation. Alexander and Konstantin were taught by “Grandma’s ABCs”: in it, the empress set forth not only her idea of the sciences, but also of moral values - hard work, honesty and many others. She supported her stories with proverbs, as well as quotations from ancient philosophers. Ivan Betskoi, the personal secretary of Catherine II, was in charge of the curriculum. Communication with the teachers was not limited to the classroom: with his tutor Frederic César Lagarpe Alexander I developed a very warm relationship. He came from Switzerland to teach French, but soon developed a general teaching plan which Catherine supported. For 10 years, he was responsible for the education of the young men, giving them lessons in geography, history, law and literature. Lagarpe paid particular attention to history, ancient philosophers and Enlightenment thinkers, trying to instill high moral principles in his students.

Among other things, the heirs studied not only the sciences, but also mastered simple work in the garden and workshops - for example, Alexander Pavlovich engaged in farming and learned carpentry. 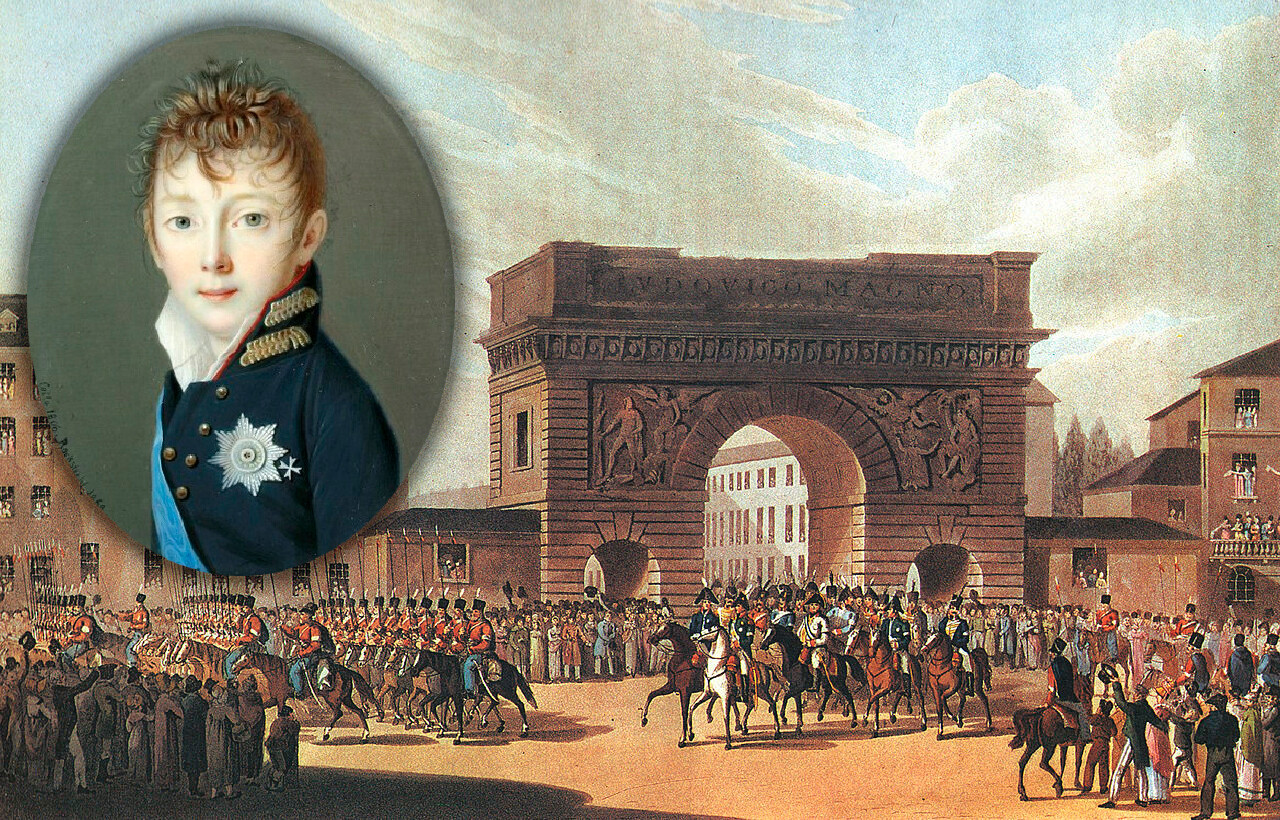 Paul I’s sons Nicholas and Michael were preparing for a military career, so their preparation for adulthood was mostly handled by majors, generals and colonels, led by Matvei Lamsdorf, head of the First Cadet Corps. Royal students were not particularly pampered, with the slightest misconduct punished and no hesitation in administering a whipping. This harsh drudgery was somewhat diluted by the other teachers. Scholar Vasily Kukolnik introduced the great princes to Roman and civil law. A course in political economy was taught by Andrei Storch, the teacher of the grand duchesses. A few years later, he created a textbook from these lectures. To expand their horizons, Nicholas and Michael also traveled: in 1814, they went to Paris to see how the Russian troops were greeted. And, a few years later, they went on a voyage through their native country. 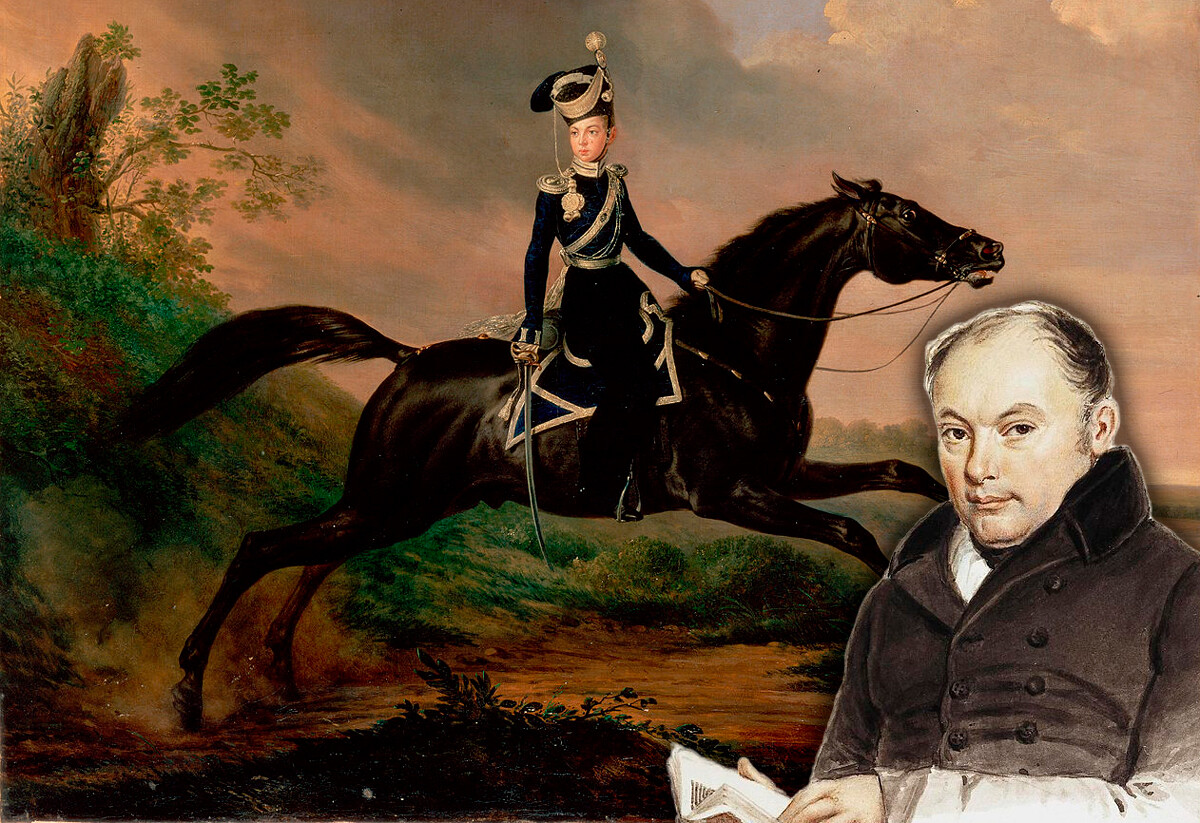 Remembering how harsh his education was, Nicholas I chose poet Vasily Zhukovsky as the mentor for his son. He approached the matter in detail: having traveled abroad to study the European experience, he drew up a special program. According to it, Tsarevich Alexander studied from 8 to 20 years old and not alone, but with two other children - Joseph Vilegorsky and Alexander Patkul. Under the guidance of Zhukovsky, they studied the Russian language, chemistry and physics. As teachers for the Grand Dukes, the mentor invited the best in their field. Lawmaker Mikhail Speransky gave them lessons in jurisprudence and politics, Konstantin Arsenyev introduced them to statistics, history and geography, while financier Yegor Kankrin explained economic issues. Philip Brunnov, who for many years served as Russia’s envoy to Great Britain, spoke about the intricacies of diplomatic issues. 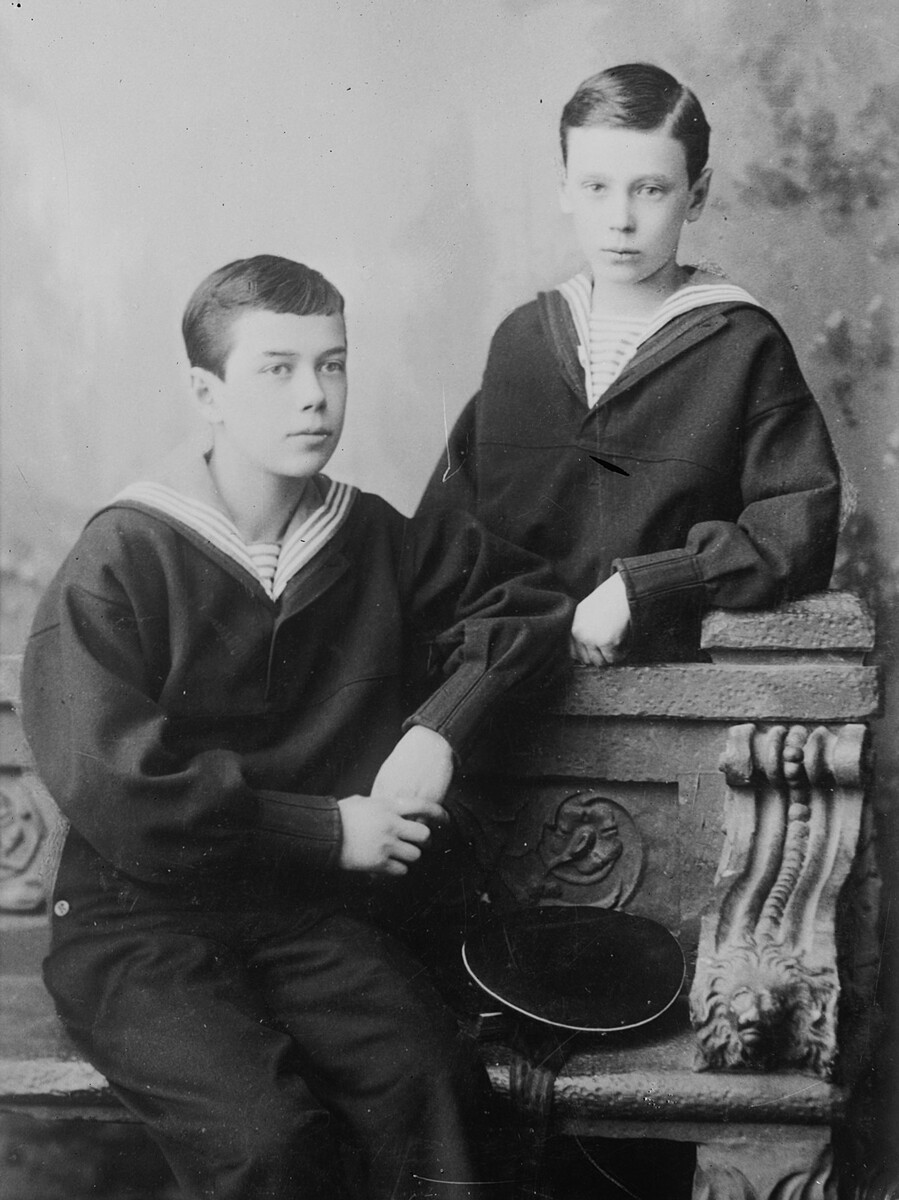 The Tsar at 15 with his brother.

The educational program for the heir to the throne was designed for 12 years: the lessons went from nine in the morning to five in the evening with pauses for gymnastics, lunch and walks. His father Alexander III adhered to an extremely simple principle: “I don’t need porcelain. We need normal, healthy, Russian children.” And then, an unexpected help was provided by English teacher Karl Heath. He not only taught a foreign language, but also conducted physical education classes and managed to instill in his students a love of sports. Riding, swimming, shooting and hunting, fishing - Nicholas and his brothers were fond of all possible activities. Of course, sciences were not forgotten: Nikolai Bunge, the Minister of Finance, was responsible for economic education, while Caesar Cui, professor of fortification and author of romances and operas, taught the theory of military fortifications.