Where are the Russian tsars buried? 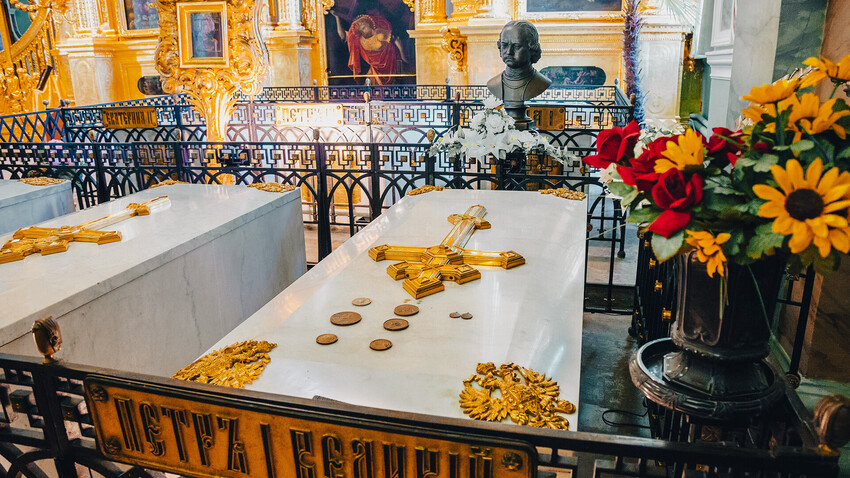 Legion Media
We’ve listed the most important places in Russia that became the burial grounds for the Russian tsars and Emperors. 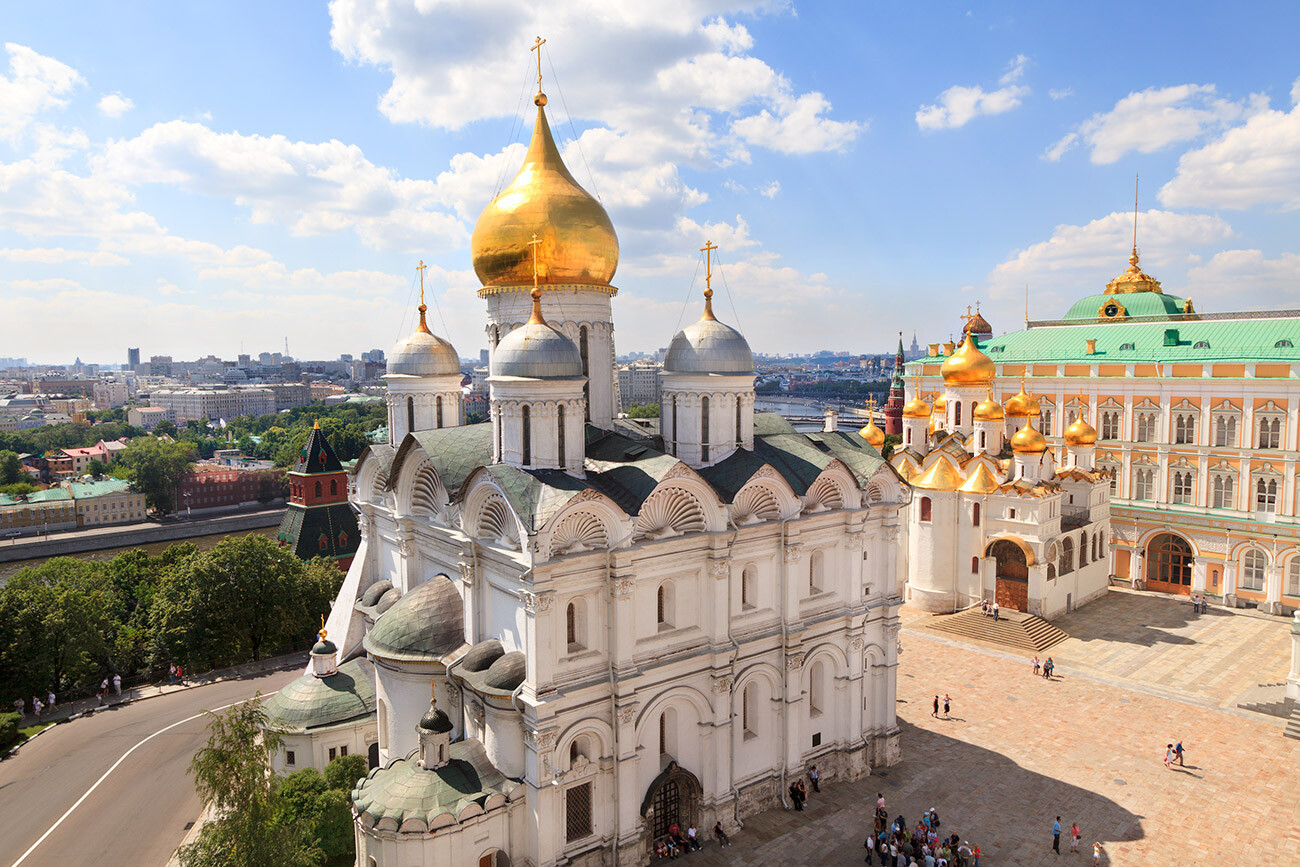 Archangel Michael was traditionally considered to be the patron saint of the military. As the Rurikid princes and tsars were the ultimate military leaders, the cathedral named after Archangel Michael became the first crypt for the Moscow rulers. It was built in Moscow in 1247-1248. In 1333, under Prince Ivan Kalita and following his orders, a white-stone church was erected there.

In 1505-1508, the cathedral was rebuilt by an Italian architect known as Aloisio the New. Now, it had more space to house the tombs of the tsars. The cathedral was closed by the Bolsheviks in 1918, but its sheer historical importance saved it from demolition. 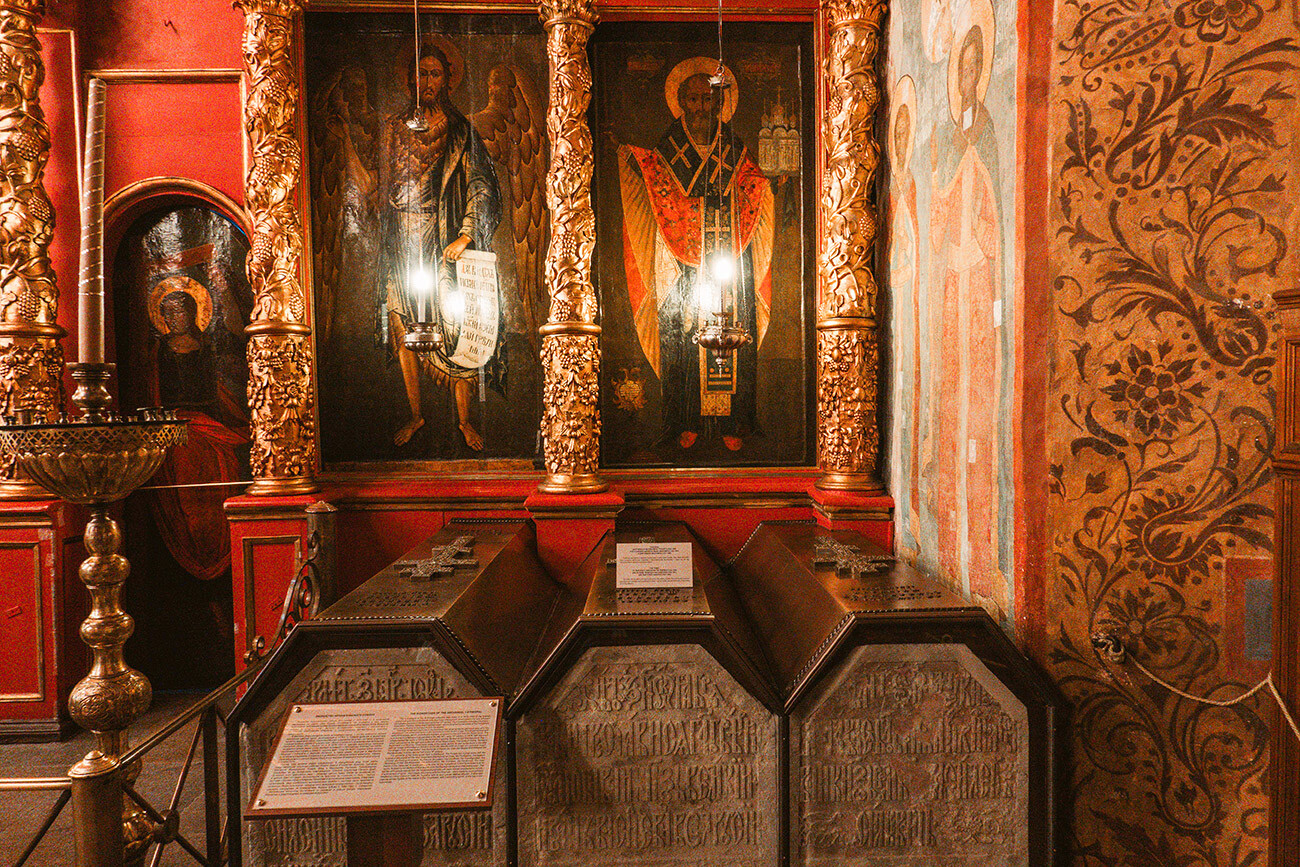 Arkhangelsky Cathedral. The tombs of the tsars.

The Arkhangelsky cathedral houses 56 tombs. Burials were performed in white stone sarcophagi, which were lowered into the ground under the floor. Brick tombstones with slabs were installed over the graves and covered with bronze covers. Ivan Kalita was the first Moscow prince to have been interred there and Emperor Peter II, who died in 1730, was the last.

In 1929, the tombs of Russian tsarinas and princesses were moved there from the demolished Voznesensky convent in the Moscow Kremlin. 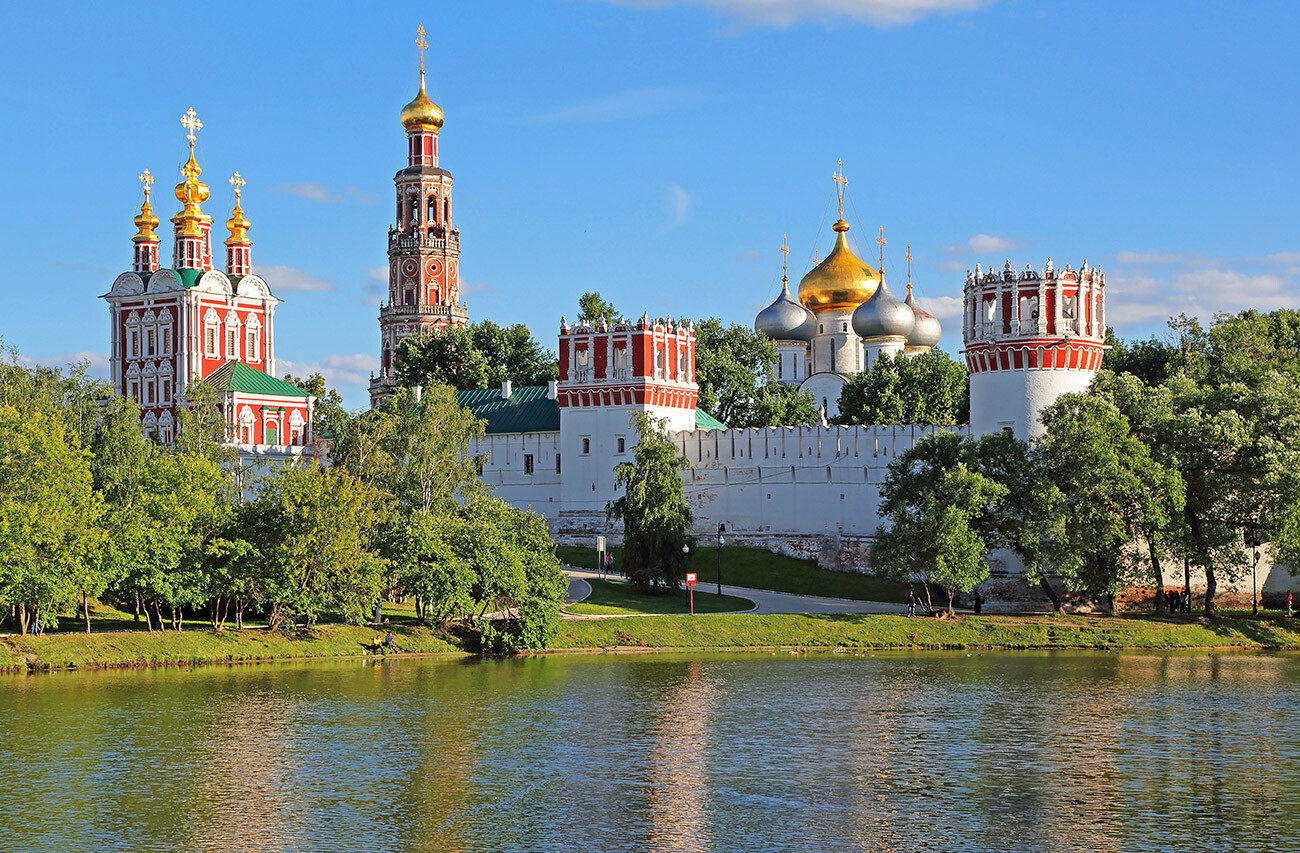 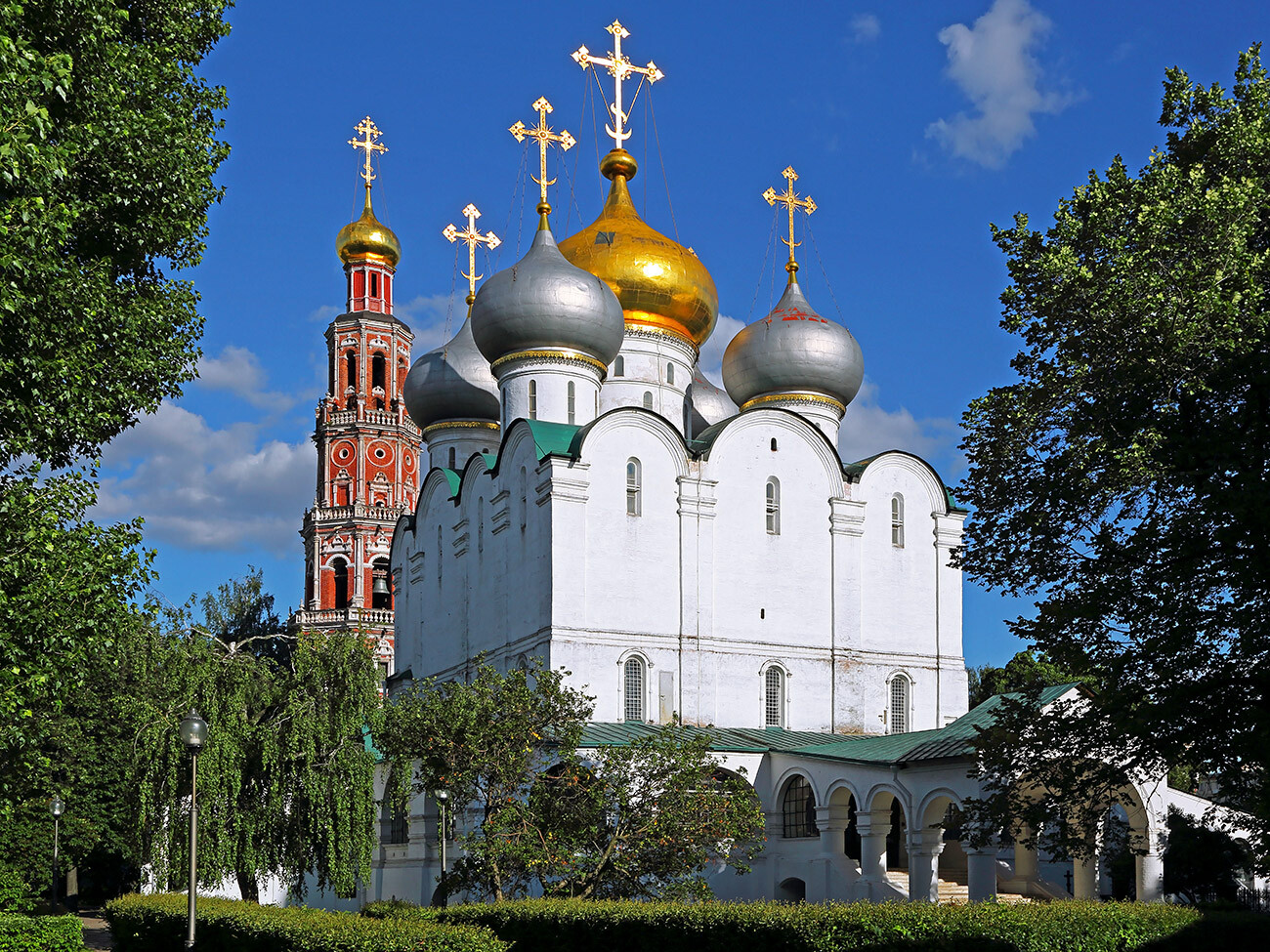 Russian tsarinas and princesses were often exiled to monasteries, because the Russian Orthodox Church didn’t easily allow divorce. Novodevichy Convent became a prison for Tsarevna Sofya, Peter the Great’s sister and regent, after she tried to capture the throne for herself in 1689. Sofya died in 1704 and was buried in the Smolensk Cathedral of Novodevichy Convent. 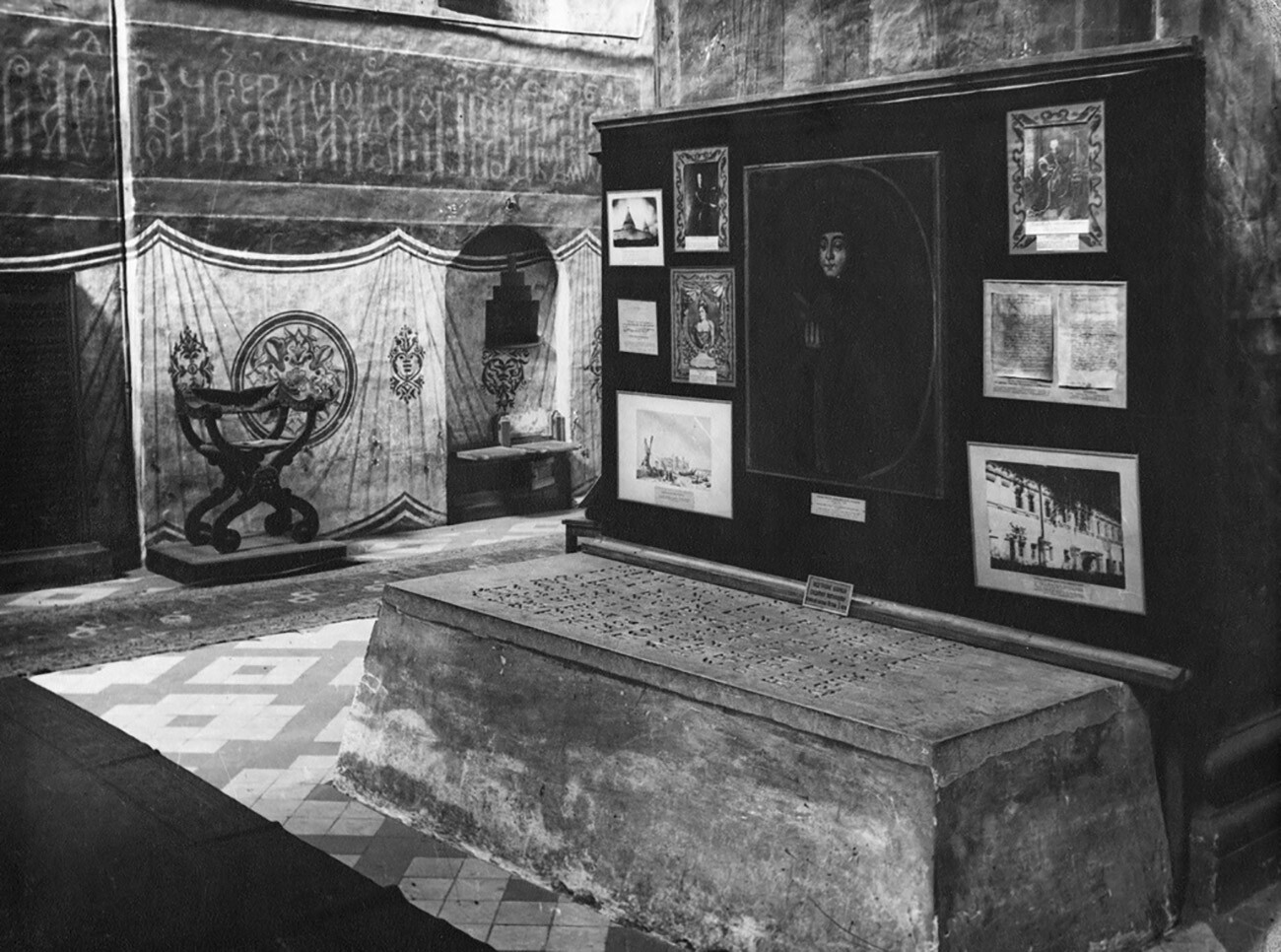 The tombstone of Tsarevna Sophia in Smolensk Cathedral of Novodevichy Convent

Peter’s first wife, Evdokia Lopukhina, and his sisters Eudokia and Ekaterina are also buried in the cathedral. It also houses many more tombs, including the ones of Anna, one-year old daughter of Ivan the Terrible and Grigoriy Zakharyev, ancestor of the Romanovs.

3. Annunciation Church of the Alexander Nevsky Lavra – the Romanovs 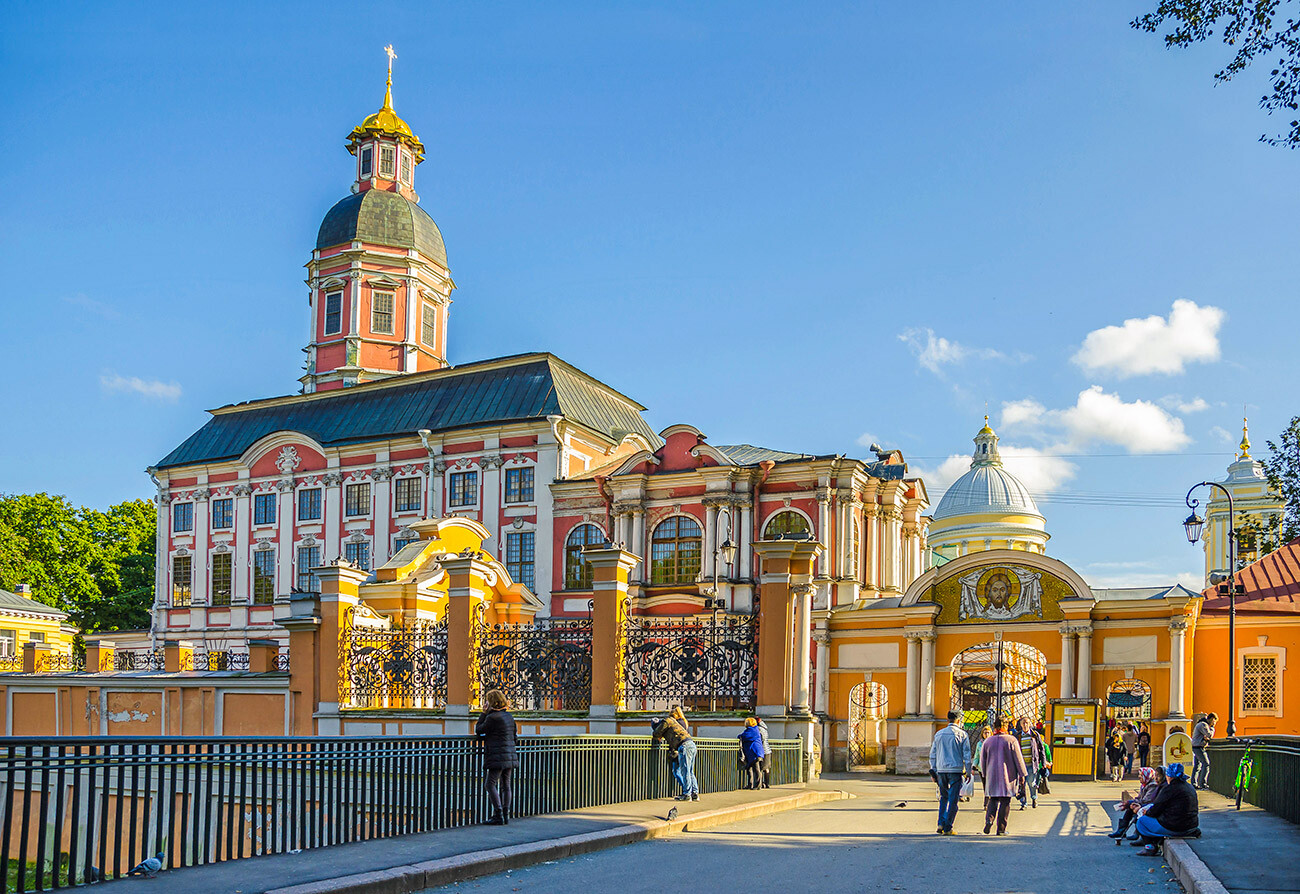 The Annunciation Church of the Alexander Nevsky Lavra

The Annunciation Church of Alexander Nevsky Lavra, created by Italian architect Domenico Trezzini, is the oldest church in St. Petersburg – its construction began in 1717. Its ground floor was designed to have a burial place for members of the royal family and prominent dignitaries.

The first interment was that of Tsarina Praskovia Saltykova, the wife of Tsar Ivan V, on 24 October 1723. Later, Peter’s sister Natalya and his infant son Peter (1715-1719) were interred there. Sons and daughters of Catherine II, Paul I, Alexander I, who died in their infancy, are also buried in the Annunciation Church. 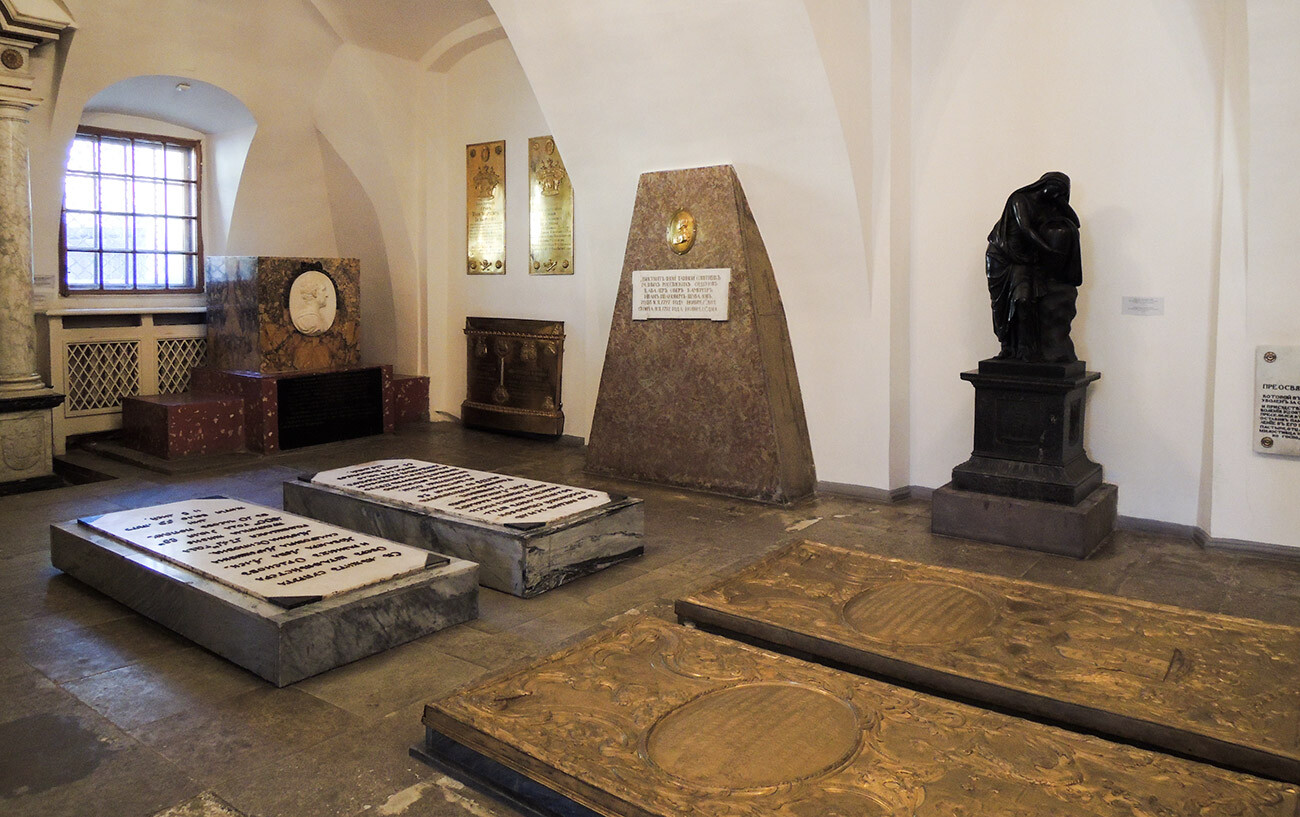 The inside chambers of the Annunciation Church. The tombstones of the Romanovs.

This church was also an honorary burial place for heroes, famous dignitaries and other prominent people who served Russia. Among them is Alexander Suvorov, the famous war commander, and Ivan Betskoy, the famous educator. 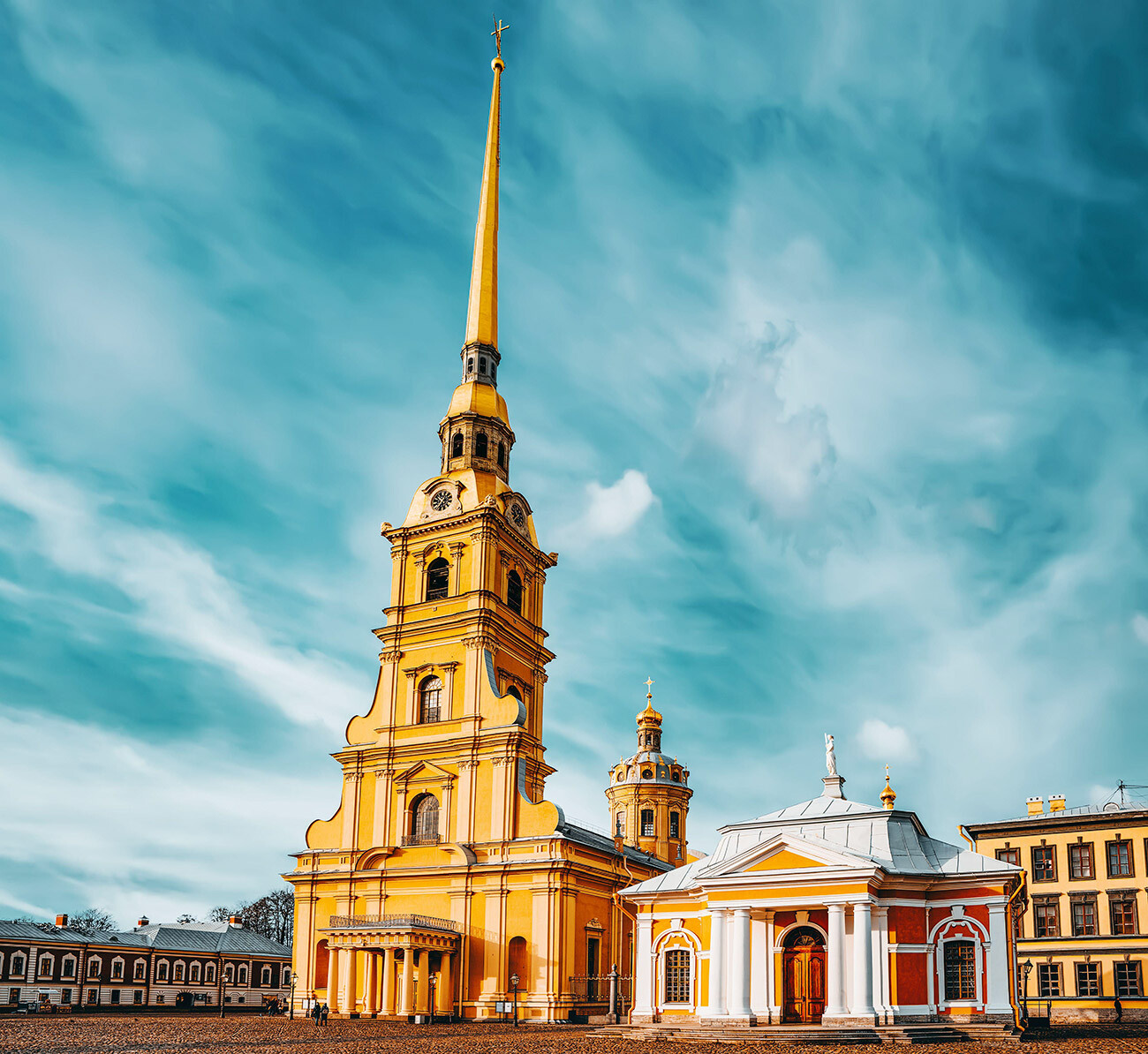 The Peter and Paul Cathedral came to house burials of Romanovs incidentally. In 1715, Natalya, two-year old daughter of Peter the Great and Catherine I, was buried there, because St. Petersburg was still in construction and the unfinished cathedral was the only decent place to perform a decent burial for a royal daughter. In 1718, Alexey, the infamous son of Peter, was buried in the cathedral.

But, only after Peter the Great was interred there in 1731 did the cathedral become the burial ground for all other Russian emperors up until Alexander III. All the tombstones are white marble sarcophagi with bronze gilded crosses. The sarcophagi of the ruling emperors and empresses of Russia are decorated with double-headed eagles. 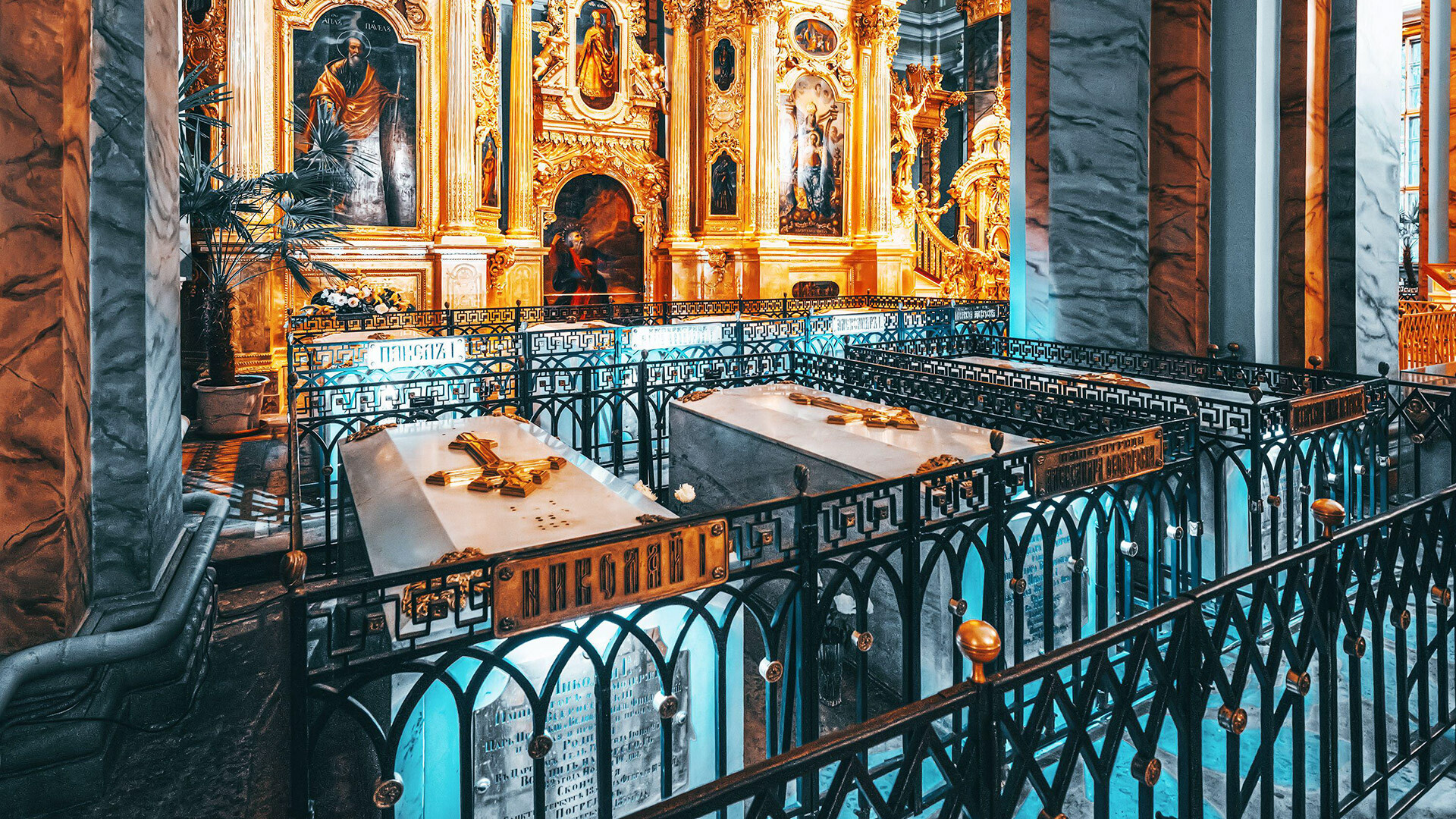 Nicholas II and his family were killed by the Bolsheviks in 1918, their remains stayed unidentified in Ekaterinburg Region until the 1990s, when they were dug up and genetic expertises conducted to identify the remains as the ones of the bodies of the royal family. After that, on July 17, 1998, 80 years after the murder, the remains of the last Russian royal family were interred in a separate crypt in Peter and Paul Cathedral. 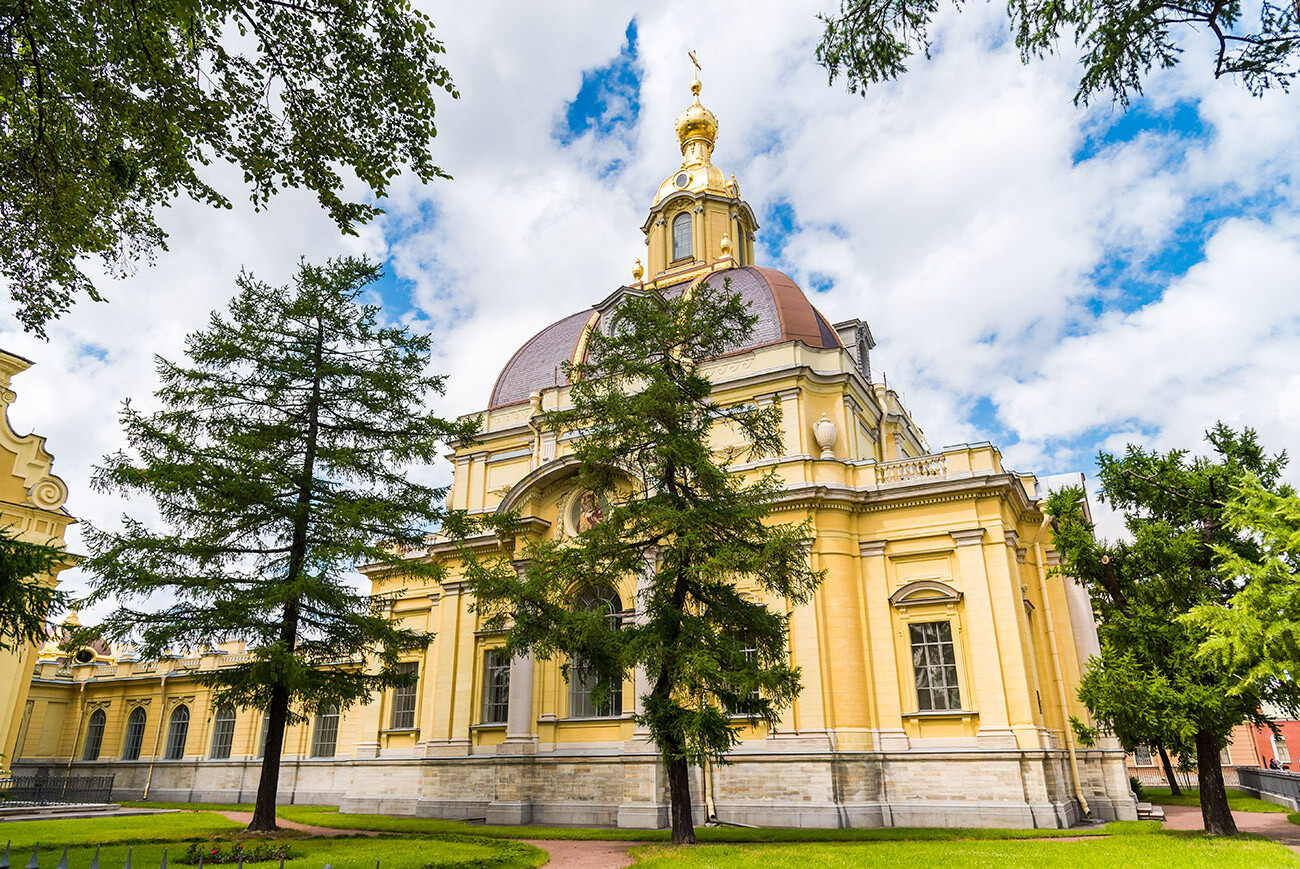 The Grand Ducal Burial Vault in the Peter and Paul Fortress, St. Petersburg

A separate crypt on the territory of Peter and Paul Fortress in St. Petersburg, the Grand Ducal Burial Vault, is meant for the burials of Grand Dukes and Duchesses of the House of Romanovs – those royals who were never crowned. 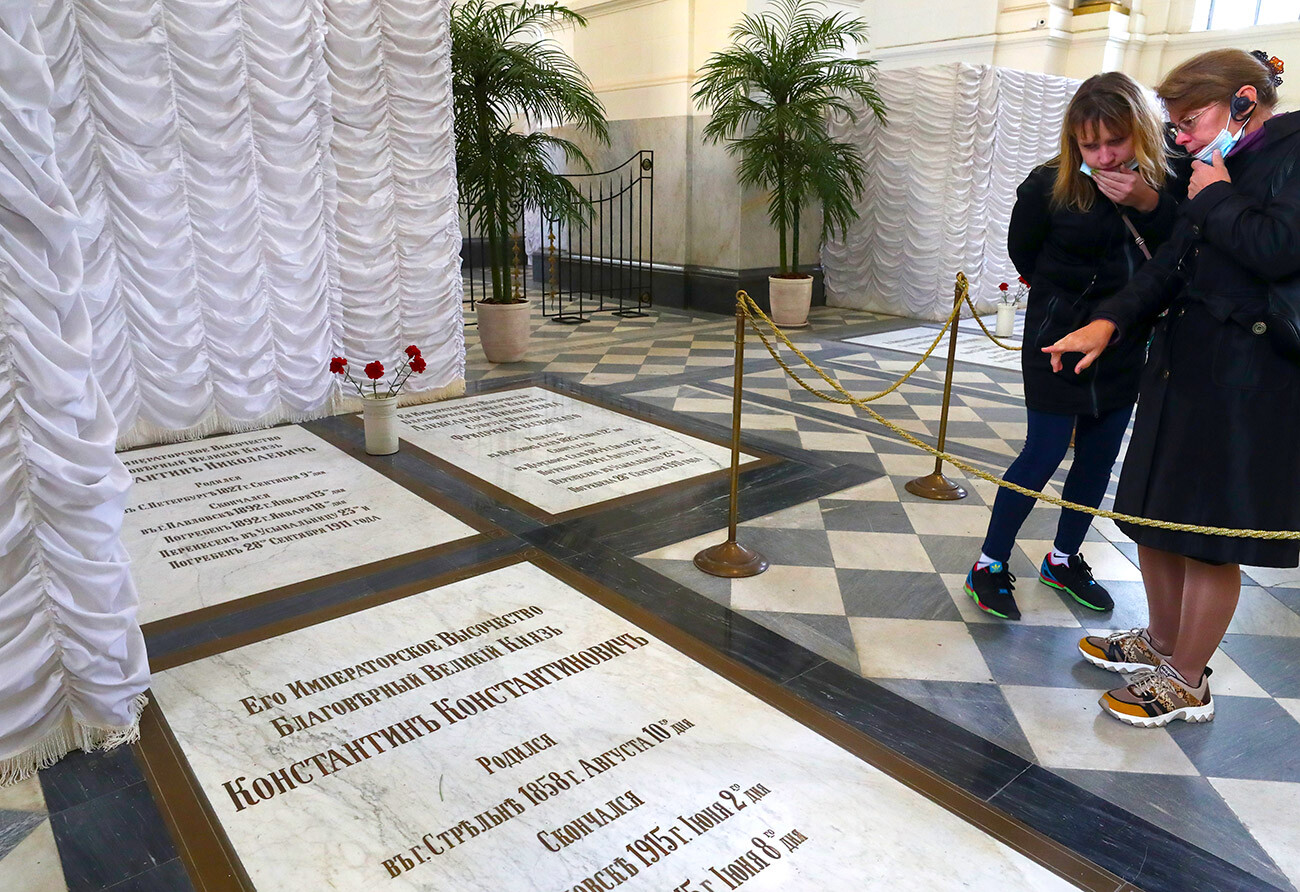