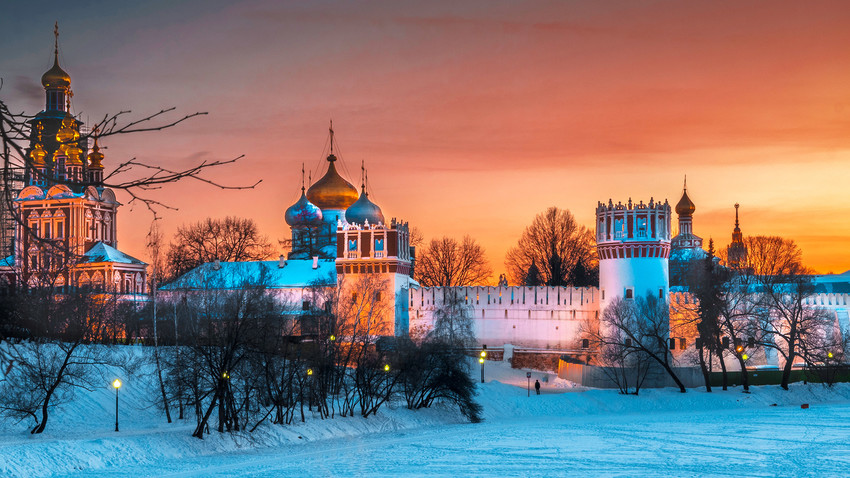 Global Look Press
This UNESCO-listed cloister in southwest Moscow prides itself on centuries of religious history. Its spiritual aura makes for a serene, rewarding day out.

Still working as a nunnery to this day, Novodevichy Convent is about as deeply immersed in Orthodox history as one can get. The rich religious legacy dates back to Muscovy’s conquest of Smolensk and the subsequent construction of the Smolensk Cathedral in 1524, rightly giving the atmosphere a centuries-old feel. 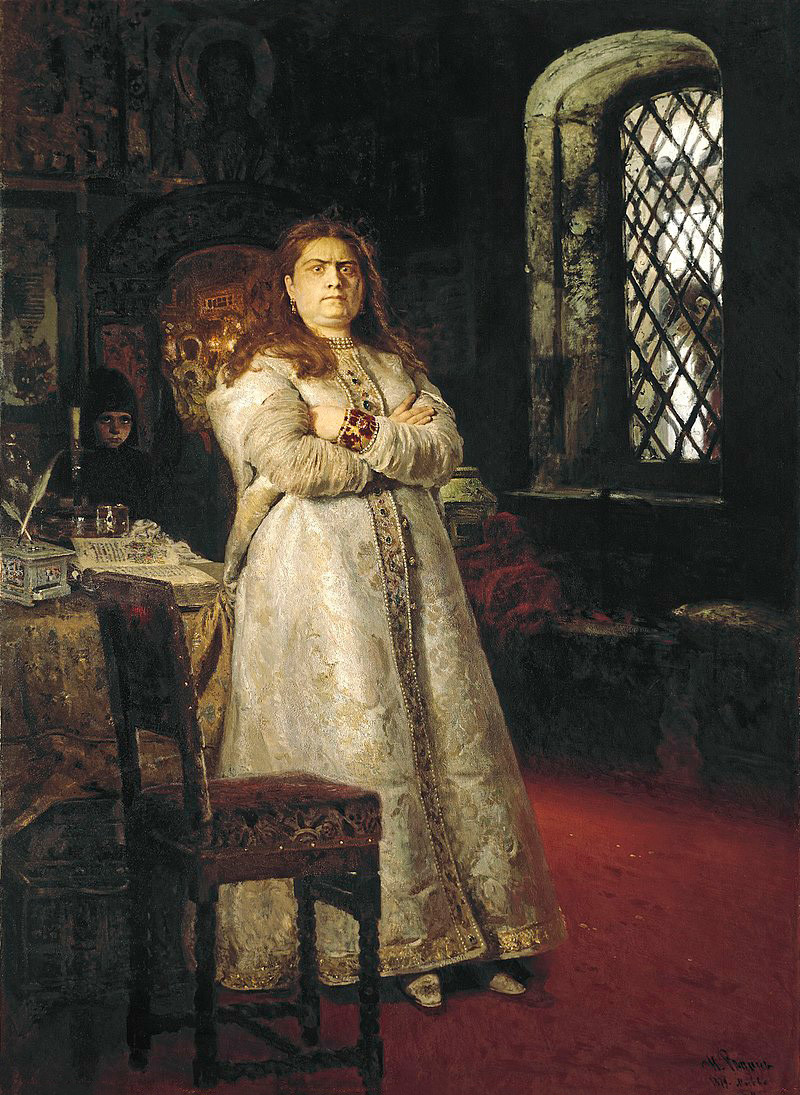 Interestingly, the nunnery that was gradually established there became a home for noblewomen, some of whom moved there more reluctantly than others – Peter I’s sister Sophia, for example, was imprisoned there once the young tsar came of age.

Novodevichy Convent’s small (mostly female) community thrived throughout the 17th and 18th centuries, establishing a hospital, a veteran shelter, and an orphanage within its walls. So spiritually and politically significant was this religious cloister that Napoleon considered its imminent destruction to be vital during his 1812 invasion; however, the religious haven was saved by its residents.

In the thick of Russian history for much of its lifespan, the convent remains remarkably well-preserved, and few places in Moscow embody the spiritual environs of Orthodoxy as well as this.

2. It’s home to some of Russia’s best classical architecture 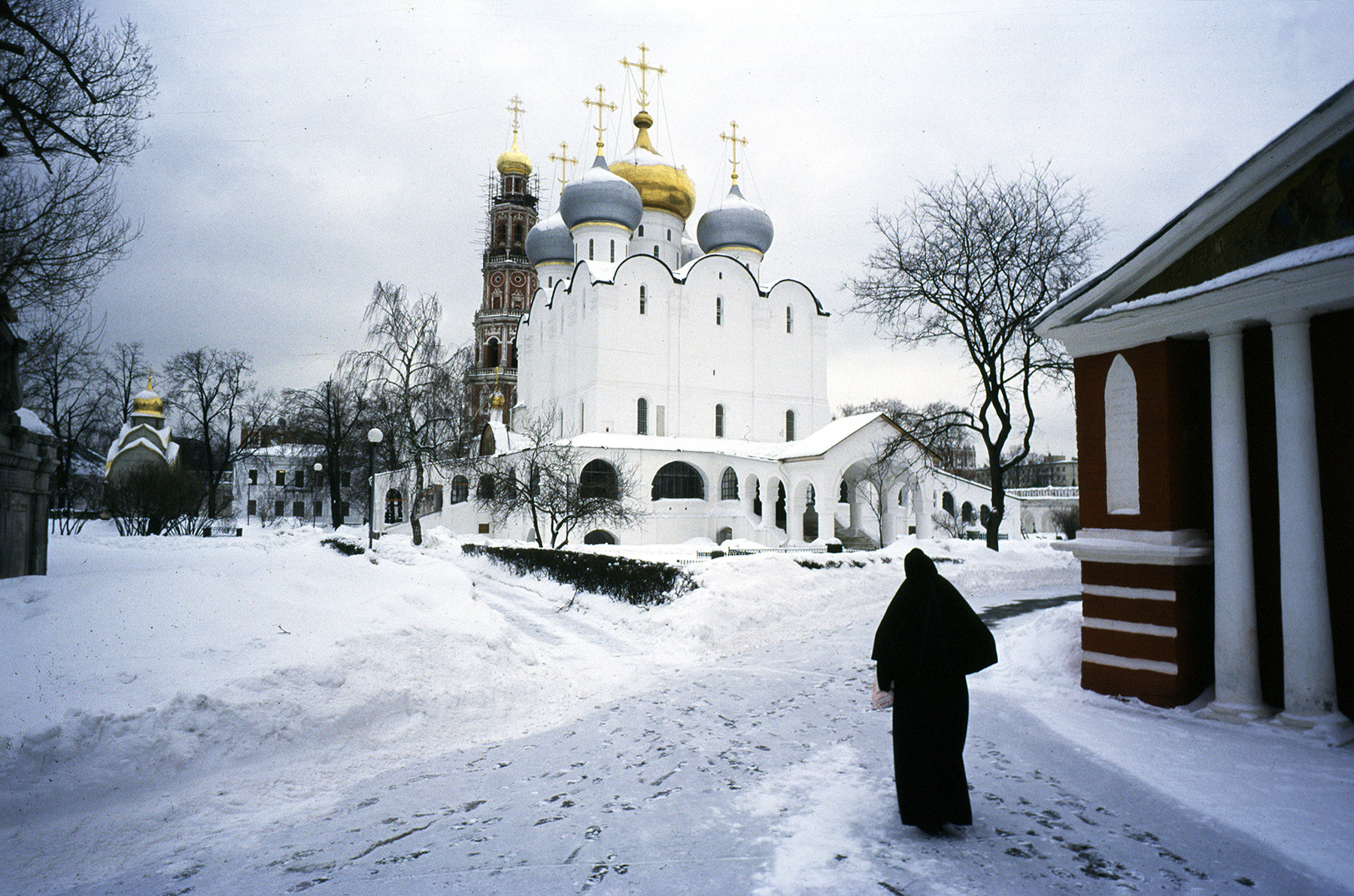 The convent’s elite status throughout history means that the fourteen buildings and four stunning cathedrals packed into its modest confines are among Russia’s most stunning. The five-headed Smolensk Cathedral, built to resemble the Kremlin’s Assumption Cathedral, is the main attraction, boasting stunning snowy white walls and a pristine golden onion dome as its centerpiece. Its gold-lined interior is no less spectacular either, encasing the cathedral’s stunning fresco collection.

The convent’s other cathedrals, namely the blood-red Intercession Gate Church, are among the finest examples of the Moscow Baroque style from the 17th century. Another case in point is the outwardly dominating octagonal bell tower which, at an impressive 72m, was the city’s second-highest construction in its day, eclipsed only by the Kremlin’s Ivan the Great bell tower.

Juxtaposed to an urban backdrop, Novodevichy’s remarkable architecture is what keeps the convent a fundamental part of the Moscow landscape.

3. A “who’s who” of modern Russian history is buried in its graveyard 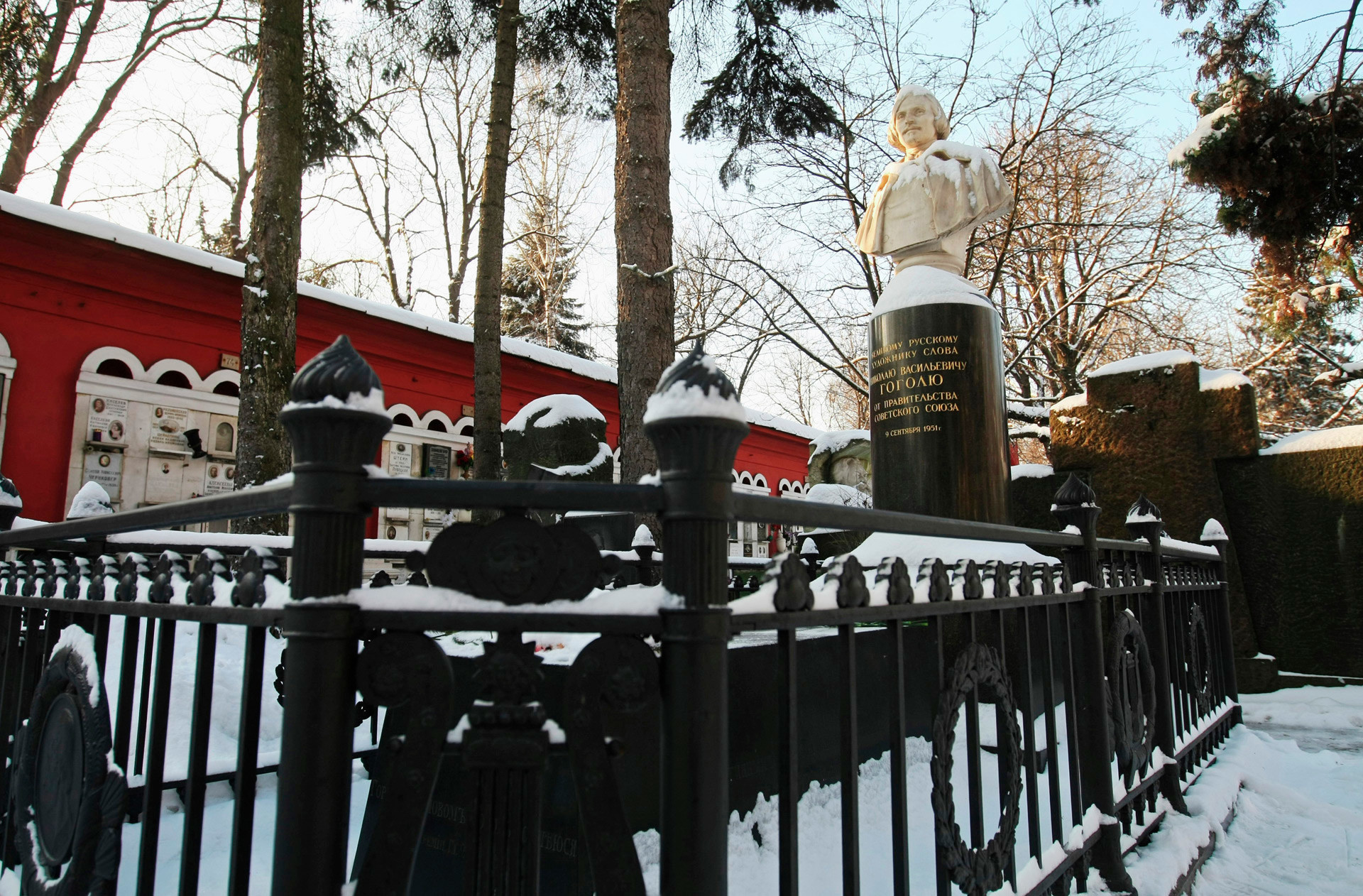 Just outside the convent’s grounds lies the Novodevichy Cemetery, a relatively new burial ground where only the cream of the crop can gain access. Opened in 1898, the graveyard is now home to the bodies of many legendary artists such as Chekhov, Gogol, Shostakovich, Eisenstein, Bulgakov, and Mayakovsky, as well as political elites like Khrushchev, Yeltsin, and Nadezhda Alliluyeva (Stalin’s second wife). It’s by far the most fascinating place in Moscow to hunt for famous graves.

4. It has one of the city’s best icon collections 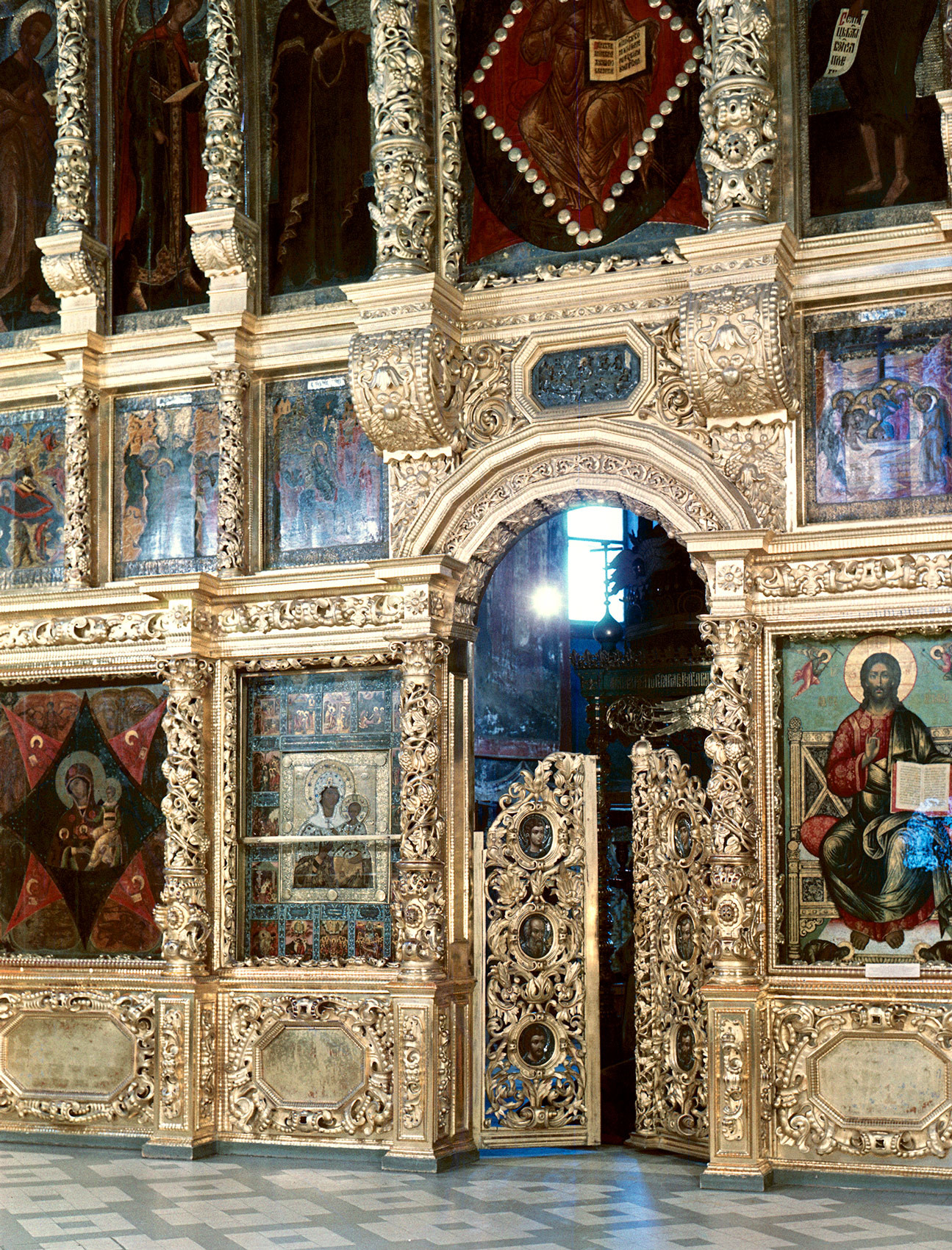 Although the Our Lady of Smolensk icon (in whose name the Smolensk Cathedral was built) is said to have been destroyed during the Second World War, the cathedral is certainly not lacking in stunning iconostasis. The five-tier wall wooden painting arrangement, created mostly in the late 16th Century under Boris Godunov’s rule, is a riot of color, while the array of gold-carved Baroque 17th Century icons was added by the leading painters of the time, Simeon Ushakov and Fyodor Zubov. Arguably the city’s most breathtakingly ornate religious display.

5. Its park and ponds are as tranquil as Moscow city center gets 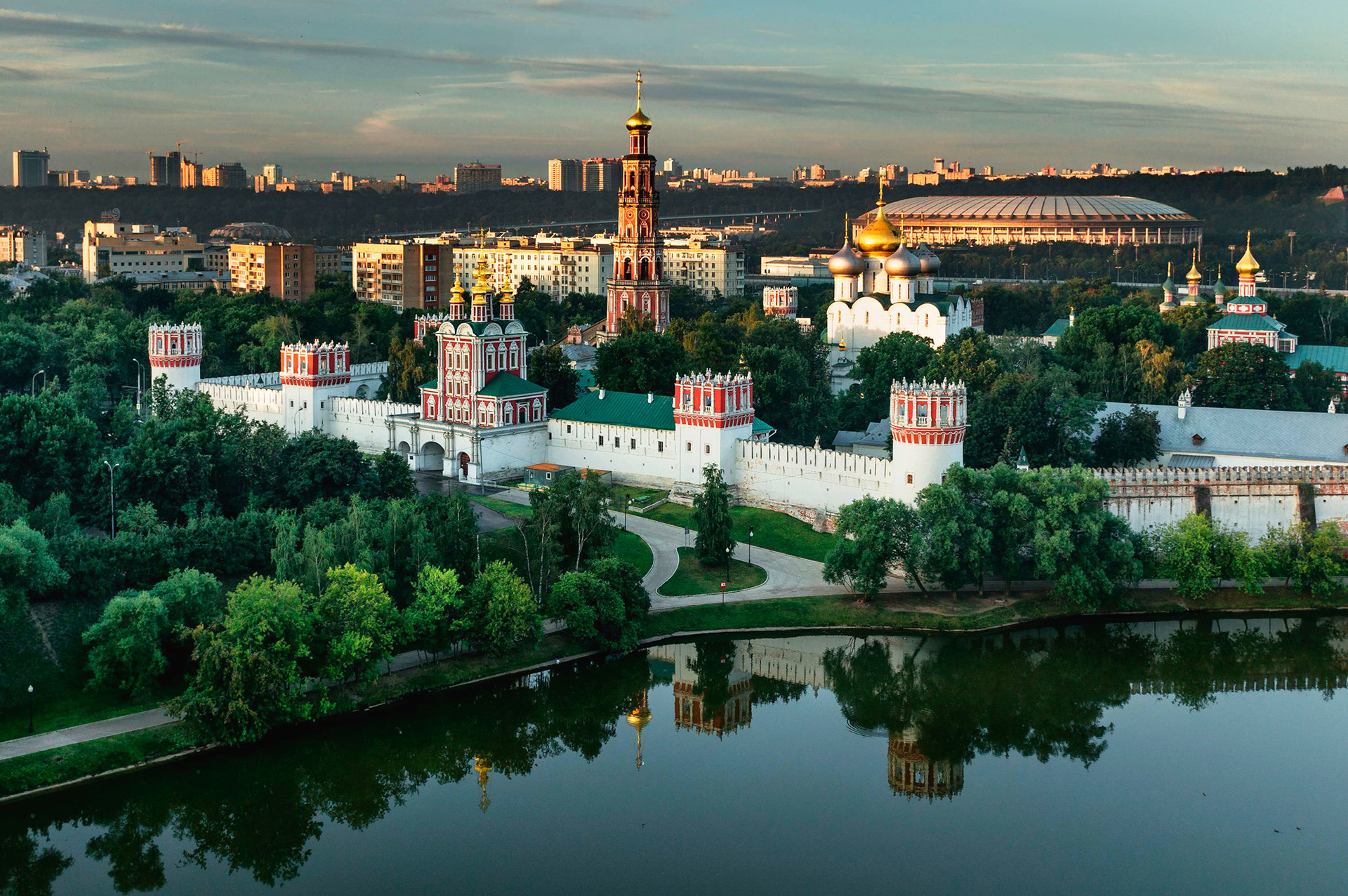 On one side of Novodevichy Park lies the Moskva River and on the other – the convent itself, rendered all the more stunning by the crystalline ponds and Kremlin-esque walls that accompany it. Quaint but within touching distance from the city center, Novodevichy Park is great year-round spot for a stroll, taking to the snow and summer greenery equally well.