Why were Russian tsarinas EXILED to monasteries? 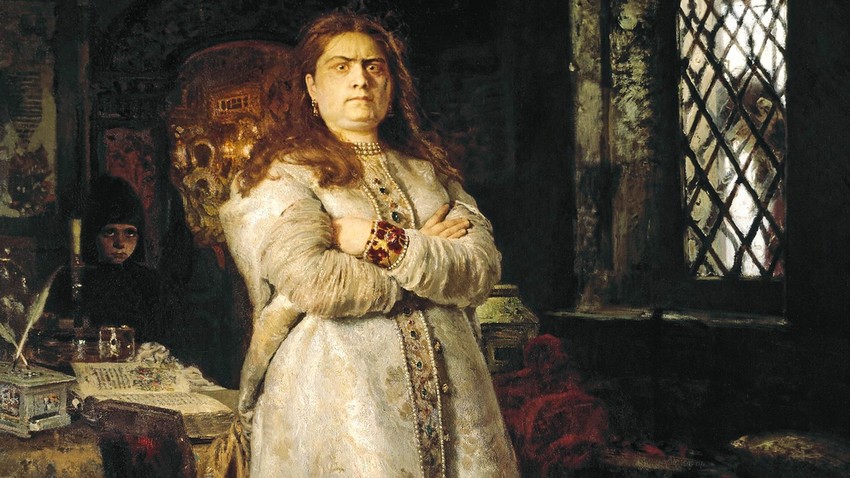 Ilya Repin
This happened to three wives of Ivan the Terrible, to three sisters of Peter the Great, and more.

“She wept and screamed when the Metropolitan cut her hair in the monastery; and when he gave her the koukoulion, she would not allow him to put it on her, and, seizing the koukoulion and throwing it on the ground, trampled it under her feet. Ioann Shigona, one of the chief counsellors, indignant at this action, not only scolded her severely, but also struck her with the whip, adding: 'How dare you resist the sovereign’s will and delay the execution of his orders?' When Solomonia asked what right he had to hit her, he answered: 'By the order of the sovereign.' Then, with a torn heart, she announced to everyone that she was putting on a monk's dress not by desire, but by compulsion, and called on God to be the avenger of such an injustice.”

This is how Sigizmund Herberstein described the process of putting Solomonia Saburova, wife of Grand Prince of Moscow Vasily III (1479-1533), into a monastery. But what was she guilty of? 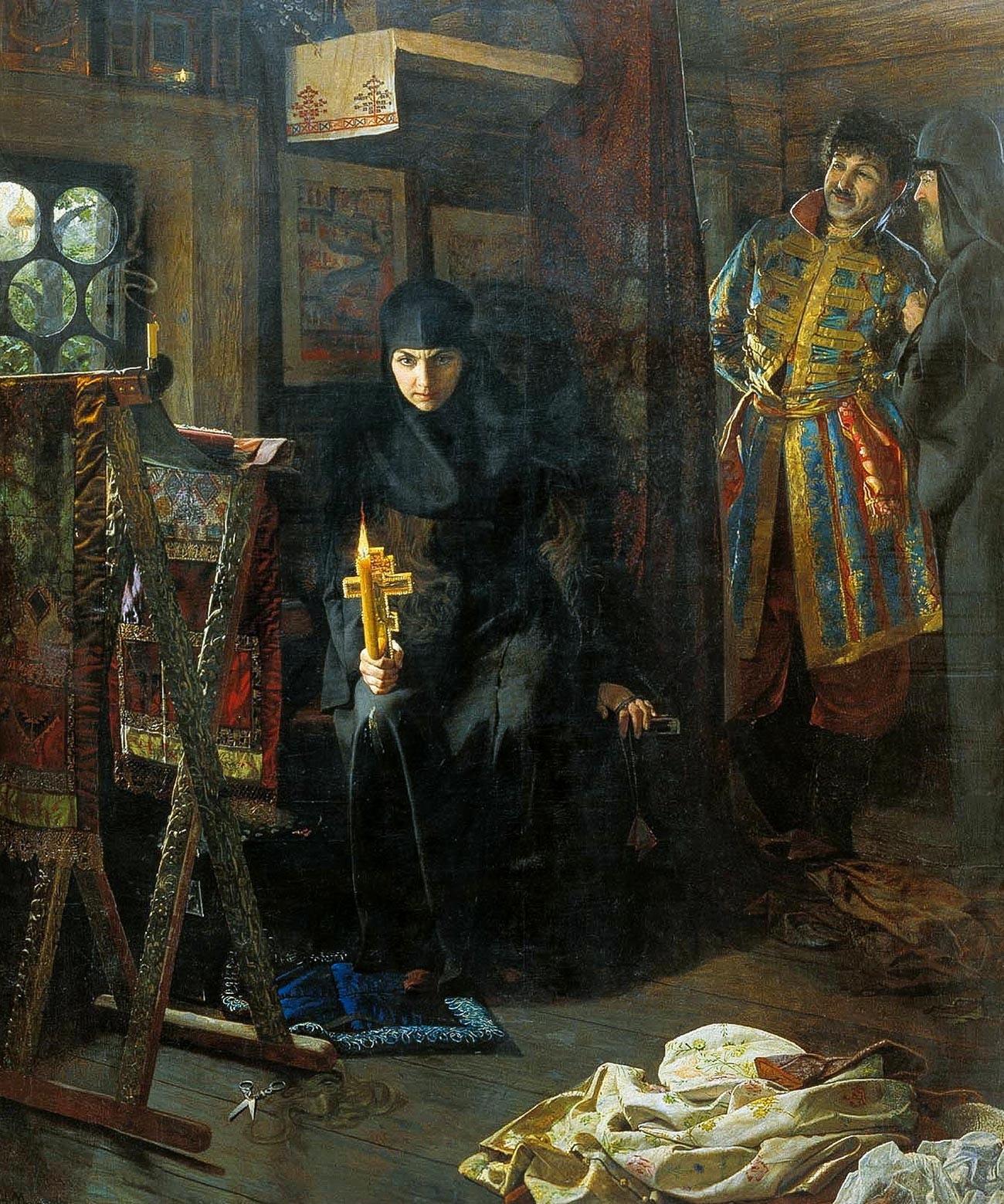 "Tonsured against her will" by Nikolay Matveev

In 1505 the time came for Vasiliy, the 26 year-old Grand Prince of Moscow, to marry. Traditionally, an unmarried Grand Prince wasn’t considered fit to rule. According to custom, 500 of the most beautiful virgin noblewomen were summoned from all over the Muscovy Tsardom. “Of these, 300 were selected, then 200, and finally 10, which were examined by midwives with all possible attention to make sure that they were really virgins and capable of bearing children, and whether they had any drawbacks. And finally, out of these ten, a wife was chosen,” Francesco Da Collo (1480-1571), an Italian diplomat, wrote.

Vasiliy’s life with Solomonia Saburova was happy – except that she couldn’t give birth, and the birth of an heir was very important for the continuation of the dynasty. Vasiliy, however, couldn’t easily divorce Solomonia – the Orthodox Church was firmly against divorce. The Boyar Duma stood with the tsar. 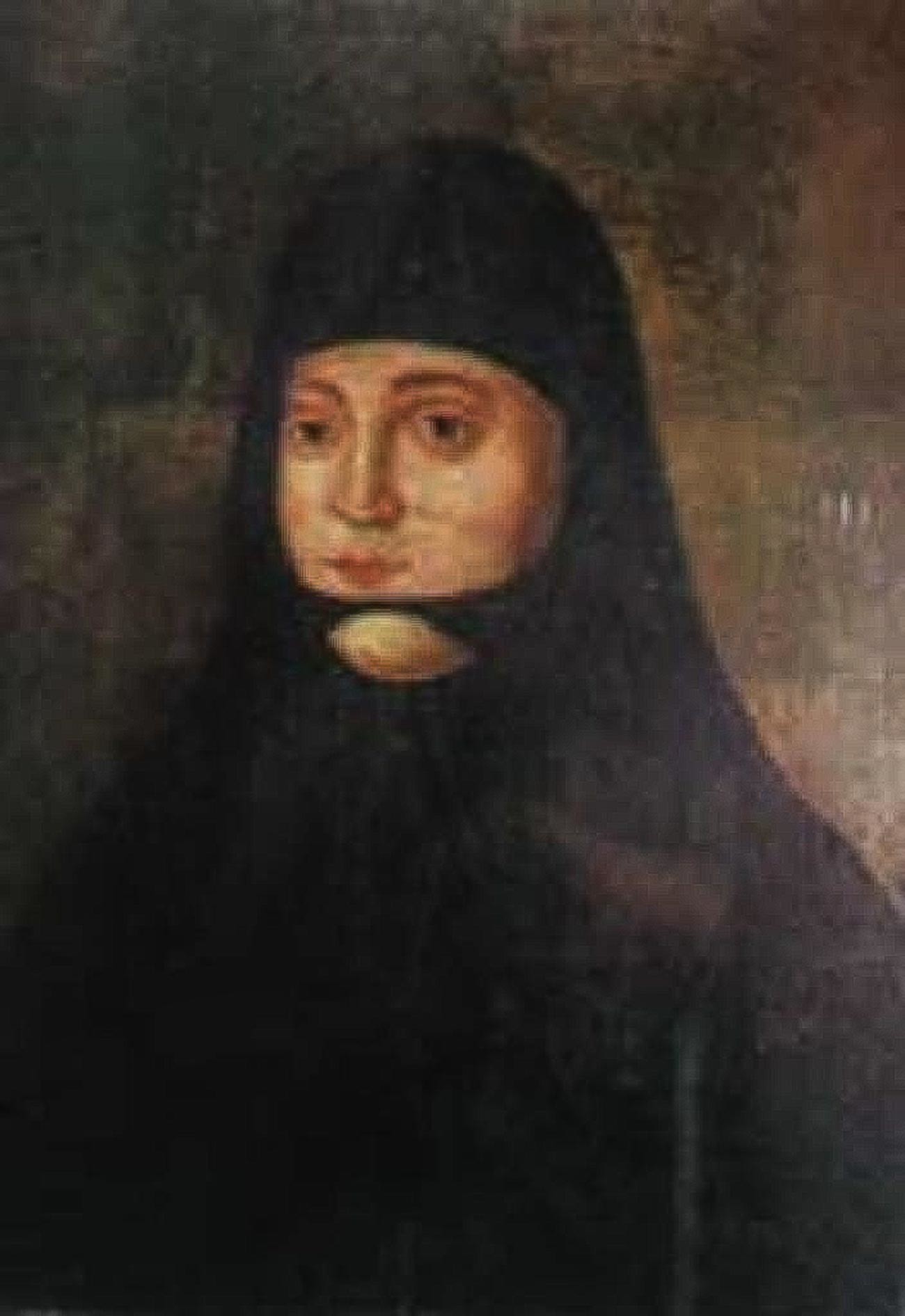 Varlaam, the Metropolis of Moscow, who refused to grant Vasiliy a divorce, was eventually deposed, instead of him Daniil (1492-1547) was made the Metropolis and, in 1525, divorced Vasiliy and Solomonia. She was tonsured under the name of Sophia and forcibly sent to the Intercession (Pokrovsky) Convent in Suzdal, where she died in 1542.

Vasiliy III soon married 18 year-old Elena Glinskaya (1508-1538). Their child with Vasiliy came to be known as Ivan the Terrible (1530-1584), who, during his lifetime, made monastic exile of wives into a practice. 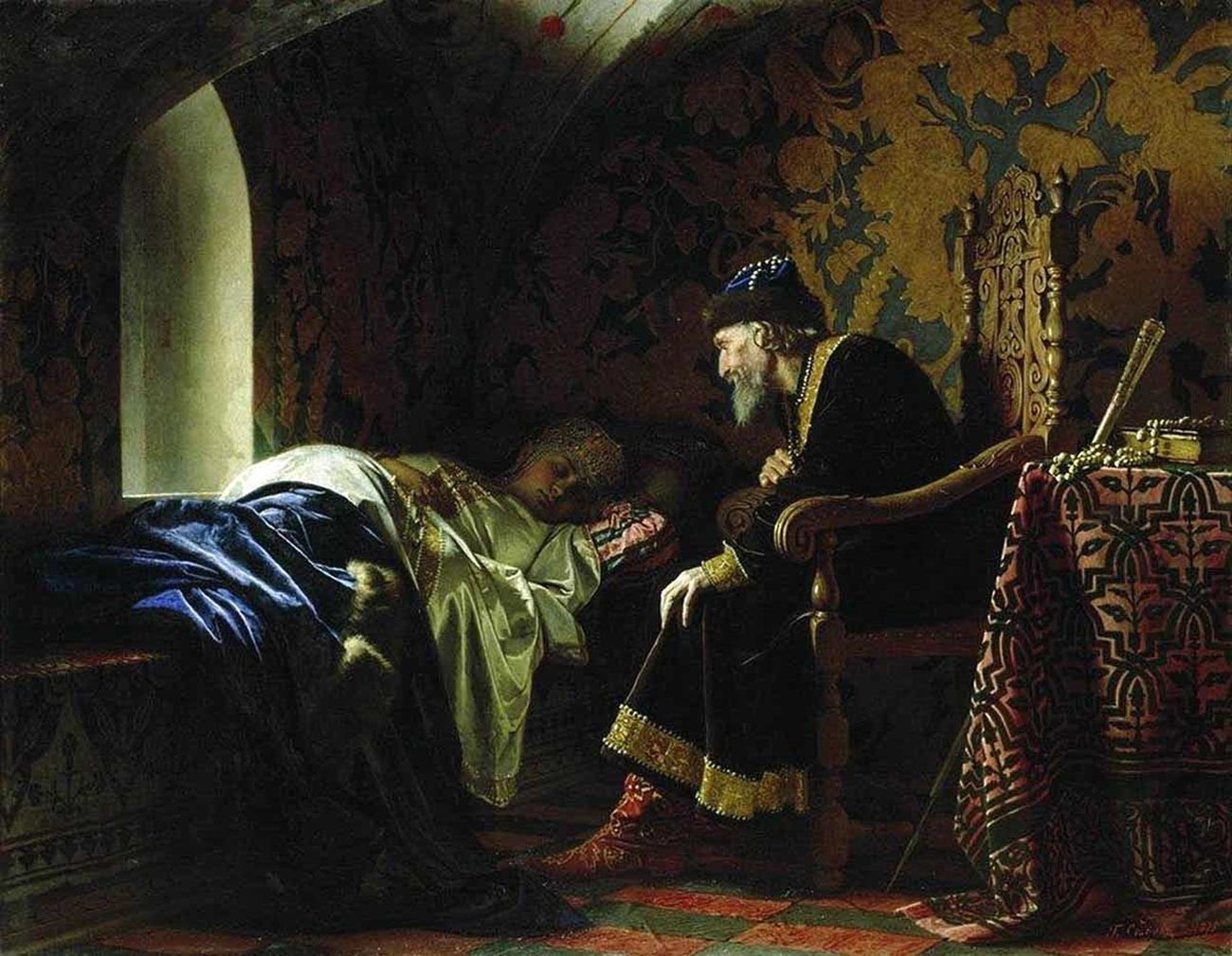 Before Vasiliy III, the wives of the Moscow Princes only took monastic orders as widows, a normal practice in the 14th-15th centuries. Historian Tatiana Grigorieva says that, “To enter a monastery and take the tonsure meant not only formally pronouncing monastic vows and cutting your hair. A monk or a nun symbolically "died" to worldly life and devoted oneself to service to God.”

So, when a wife is “symbolically dead” to worldly life, then a husband, in the eyes of the Orthodox Church of the 16th century, has more ‘rights’ to divorce her. Ivan the Terrible needed this ‘loophole’ in 1572.

After his third wife, Marfa Sobakina, died in late 1571 (probably poisoned, just as Ivan’s first two wives), Ivan married for the fourth time – although the Orthodox Church was against it. In May 1572, he married Anna Koltovskaya (1556-1626), but she wasn’t a tsarina for long – Ivan lost interest in her and had her be tonsured under the name of Daria and sent to the same Pokrovsky Convent in Suzdal. She wasn’t the last. 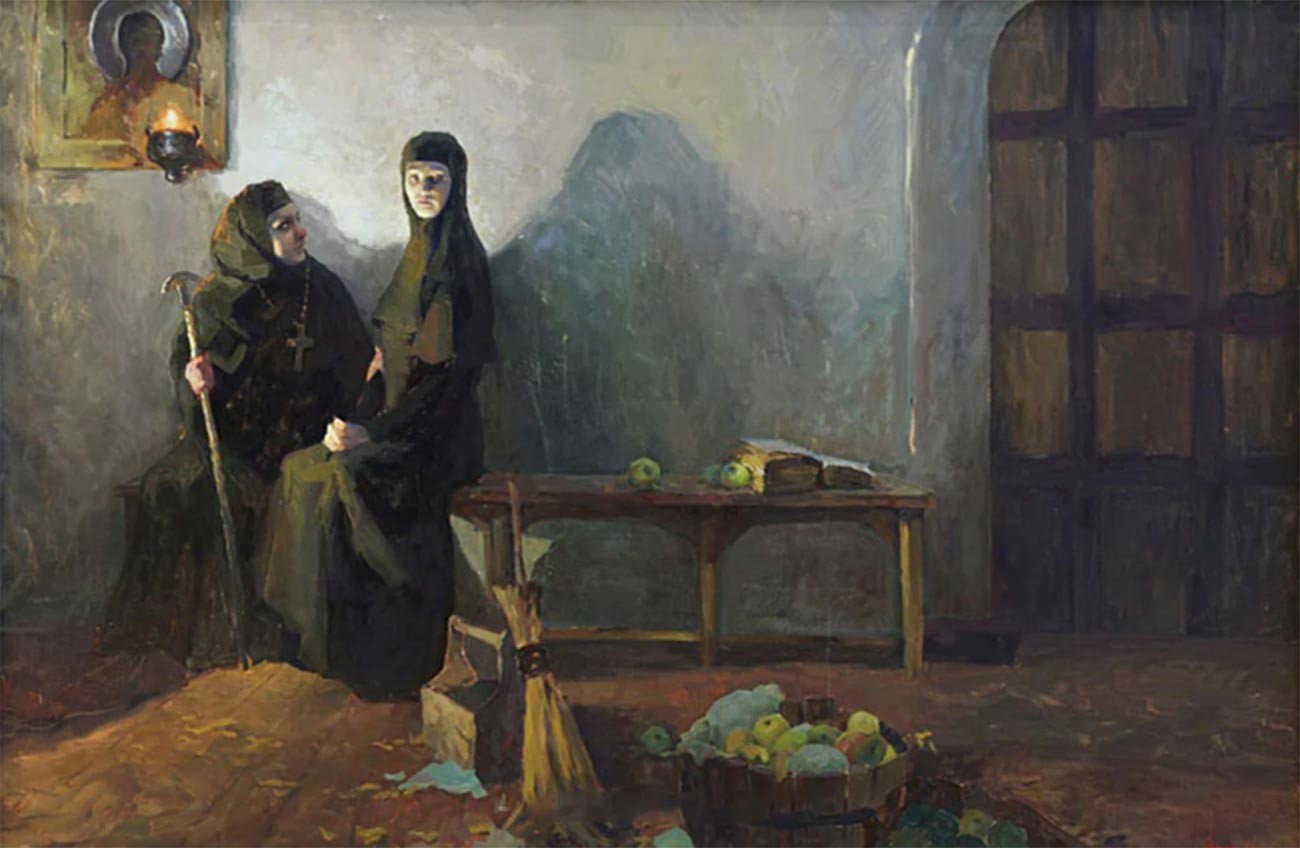 “The Tsar, no longer observing even the slightest decency, no longer seeking the blessing of the Bishops, without any Church permission, in about 1575 married Anna Vasilchikova, it was his fifth marriage,” Russian historian Nikolay Karamzin wrote. Anna was tonsured within a year or so.

Only Ivan’s last wife, Mariya Nagaya (1553-1608), remained married to the tsar until his death – but didn’t escape the nunnery either. She was the mother of Tsarevich Dmitry (1582-1591), who died under mysterious circumstances in the town of Uglich in 1591 (probably murdered). Mariya was then forcibly tonsured “for neglecting her son.”

Peter versus his wife and sisters 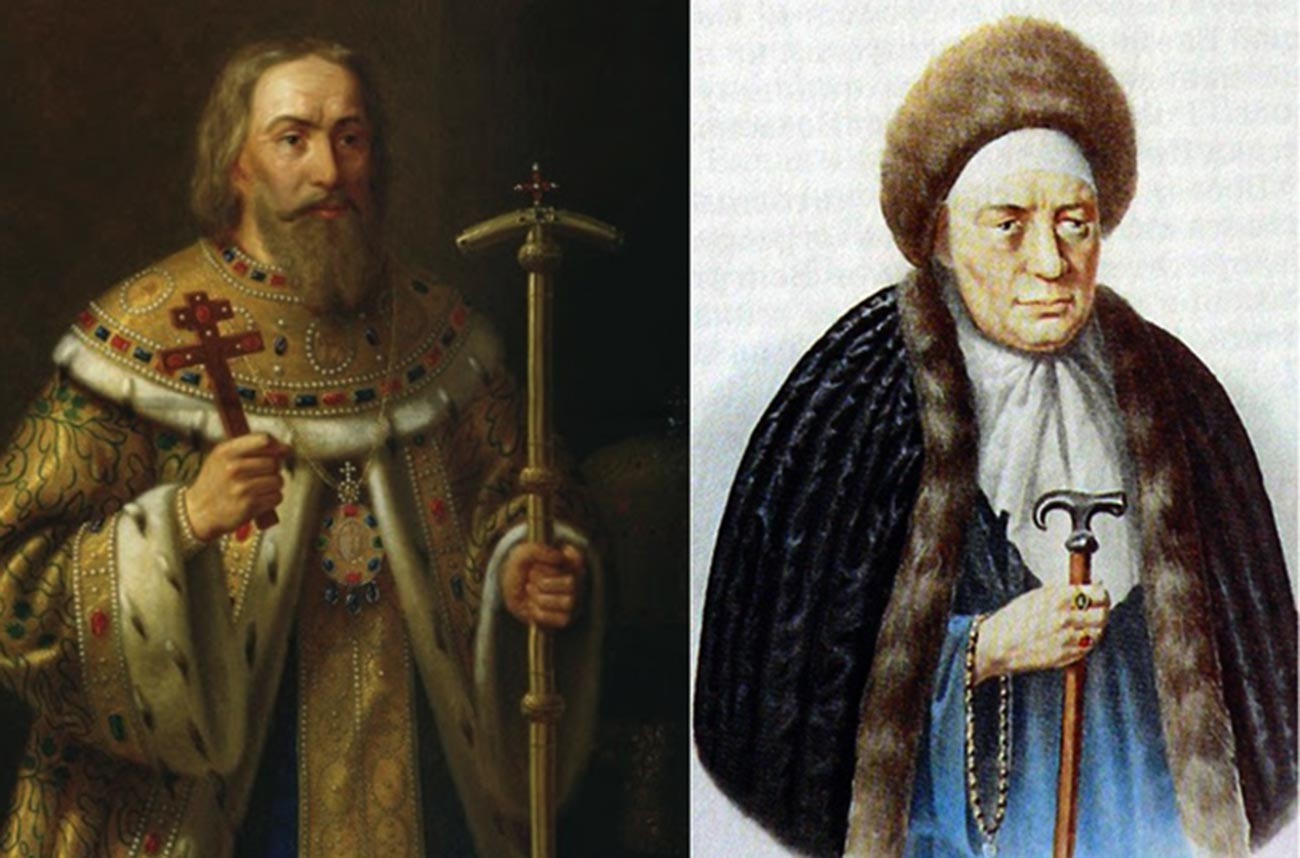 In the 17th century, the practice of forced tonsure continued. In 1600, Ksenia and Fyodor Romanov, the parents of the would-be first Romanov Mikhail Fyodorovich, were made to accept monastic orders – Fyodor Romanov was then one of the contenders for the throne and was thus thrown out of the game (a tonsured man could never become the tsar). In about 1606, Ksenia Godunova, daughter of Tsar Boris Godunov, was also forcibly tonsured to deprive her of the rights to the throne.

The last tsar who actively used the method of forcible tonsuring was Peter the Great. In the first years of his rule, he had to fight for power with his older half-sister Sophia Alekseyevna of Russia (1657-1704), who was the regent of the Russian throne from 1682. When in 1689, Peter married Evdokiya Lopukhina, he became fully grown-up, according to Russian tradition, and didn’t need Sophia’s regency anymore – nor did his co-ruling brother Ivan (1666-1696), who was married too, by that time. 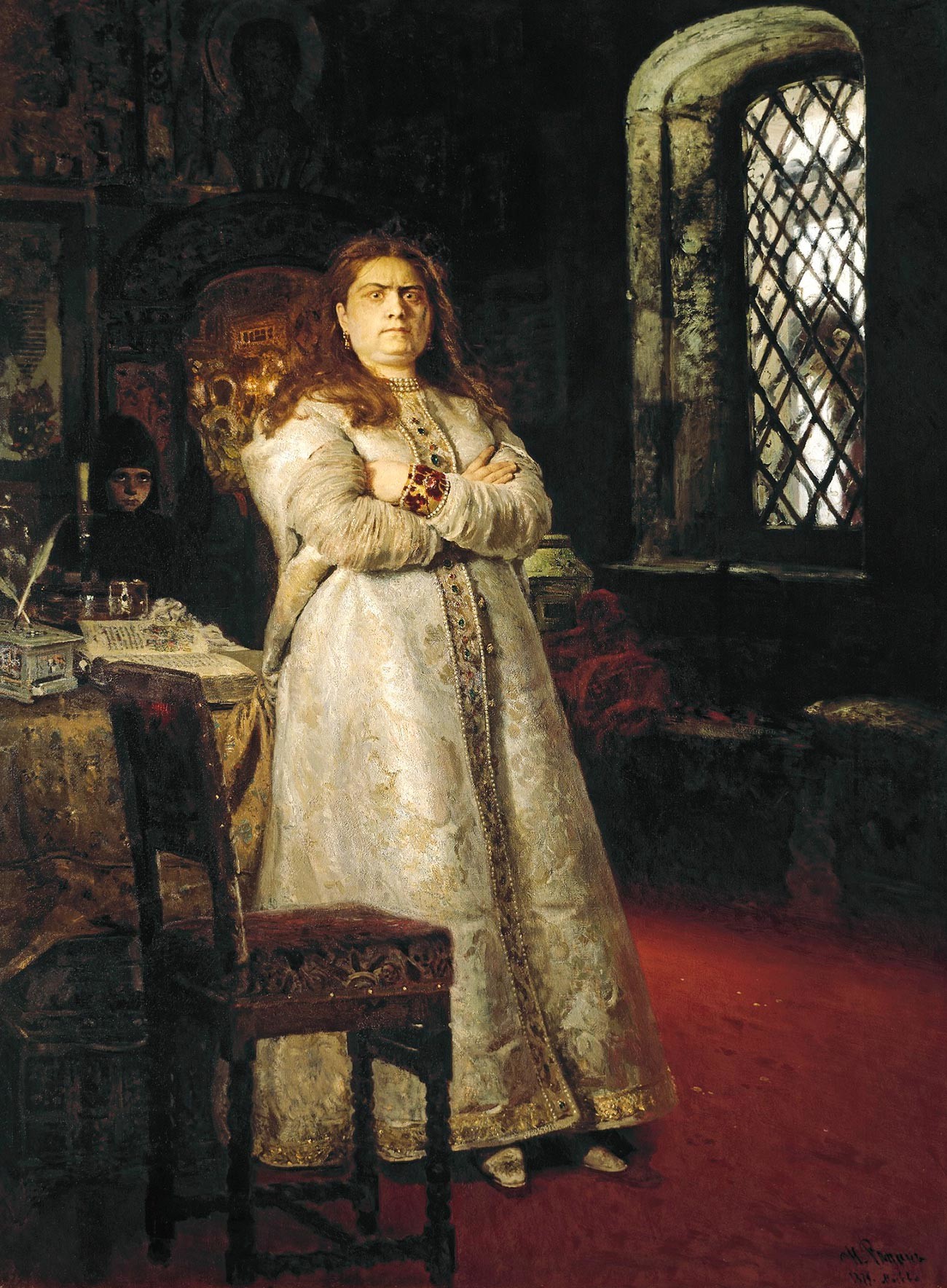 In 1689, the tension between Peter and Sophia burst into an armed conflict, but Sophia’s supporters soon left her, and she was deprived of power. Following Peter’s orders, she was imprisoned in Novodevichy Convent in Moscow, but not tonsured yet.

Sophia was tonsured almost a decade later, in 1698, together with her sisters Martha (1652-1707) and Feodosia (1662-1713), after a major uprising by the streltsy (the tsar’s guard). The streltsy, dissatisfied with Peter’s rule and his military reforms, sought to return Sophia to the throne, and were severely punished (most were executed). While Sophia and her sisters, who supported her, were to be completely removed from worldly (and political) life by tonsuring them. In his quest for absolute power, Peter didn’t turn a hair tonsuring his own half-sisters. 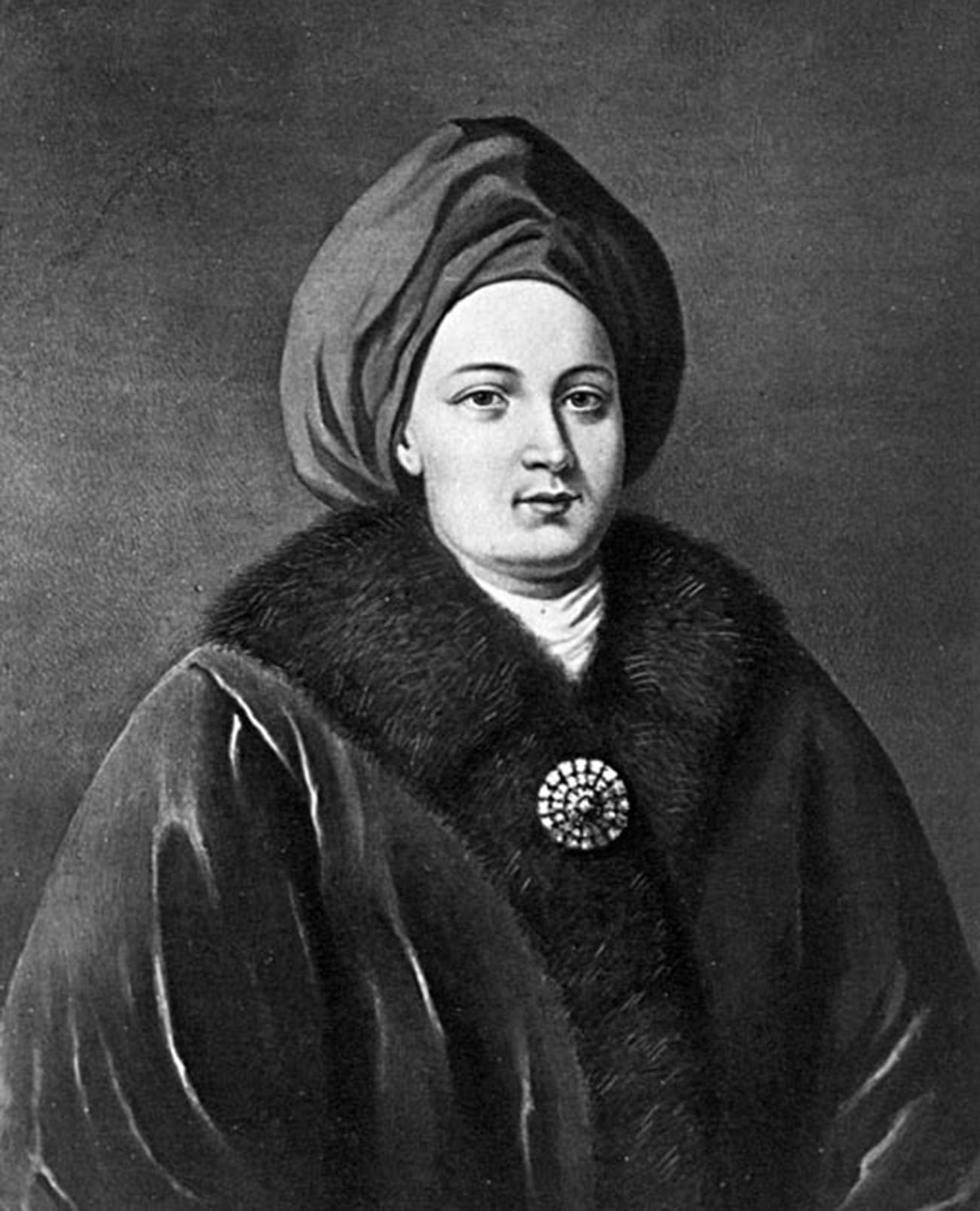 Peter, too, was the last Russian tsar to forcibly tonsure his spouse – his first wife Evdokiya Lopukhina (1669-1731) who was a very traditional Russian woman and for whom Peter soon lost interest. A paradox – Evdokiya was completely healthy, faithful, and she brought Peter a son, Alexey (1690-1718), but in 1698, she was tonsured “her repugnances and suspicions,” as Peter later formulated it. Evdokiya, under the monastic name Elena, was sent to the same Intercession Convent in Suzdal. (However, later Lopukhina lived there as a laywoman and had a tragic affair.) 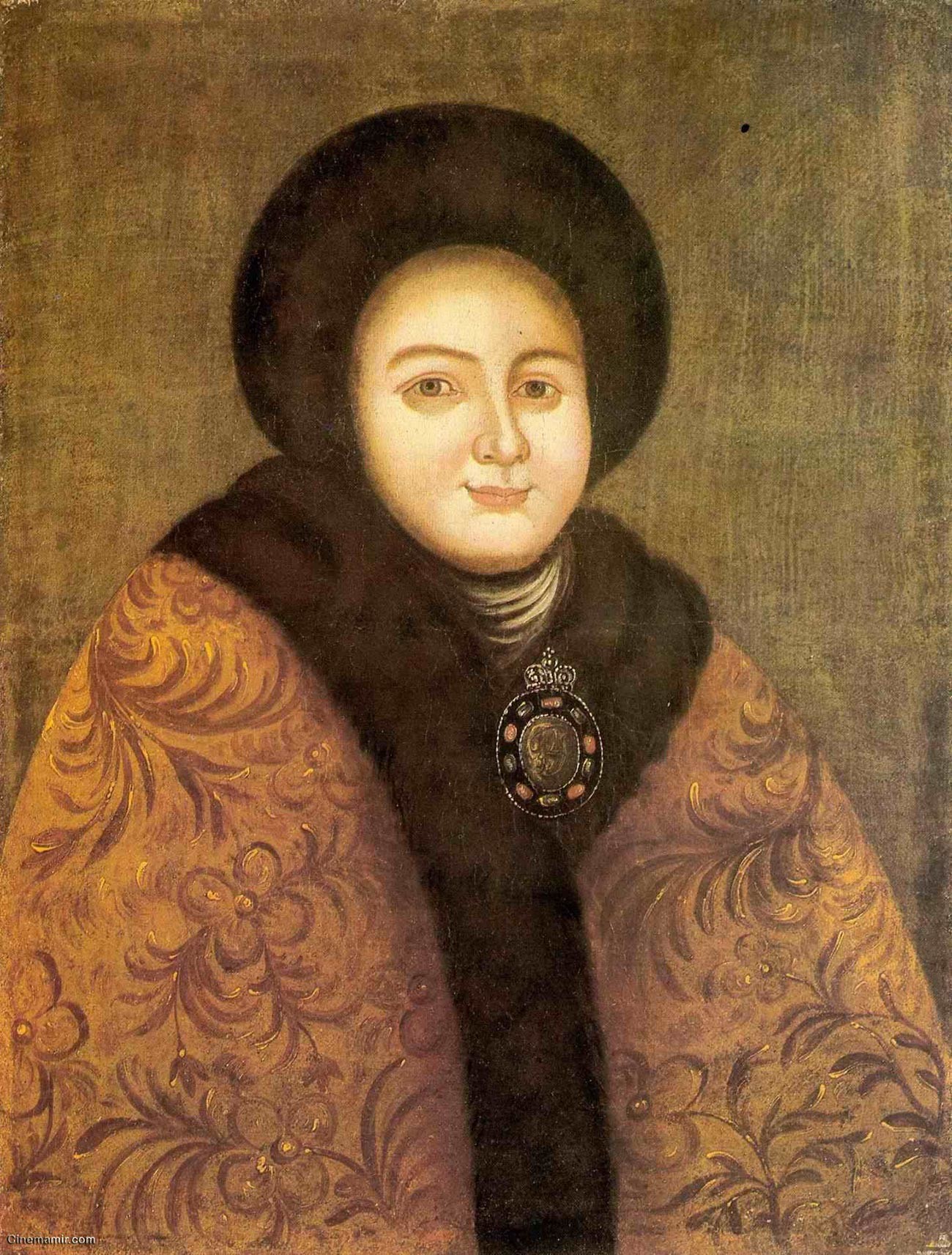 Evdokiya’s tonsuring was apparently the last forcible one in Russian history. Grand Duchess Alexandra Petrovna (1838-1900) and Grand Duchess Elizabeth Feodorovna (1864-1918) took monastic vows too, but this was done after the deaths of their husbands - just as in the ancient times of Russian princes.