The dark side of the Romanovs: How the rulers held onto power 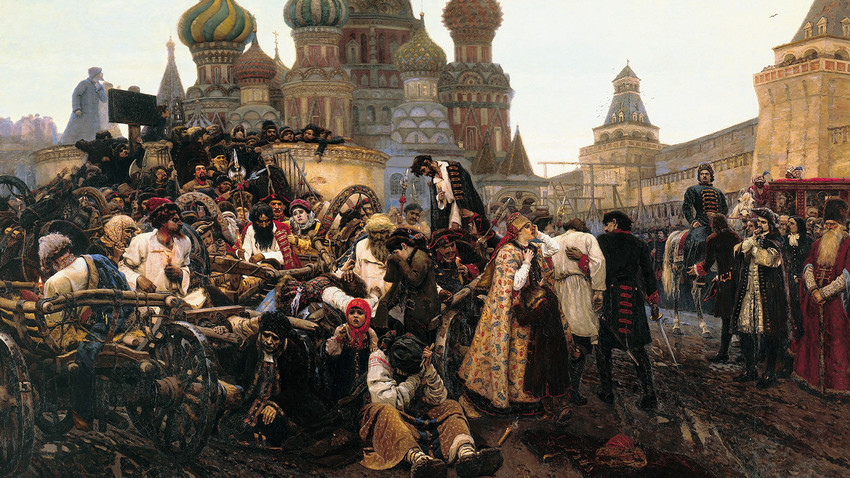 The Morning of the Streltsy Execution.

Vasily Surikov/Wikipedia.
During the 18th century - known as the Age of Enlightenment - a new power swept across Europe: Russia. The country was propelled first by Peter I, then by Catherine II, but Russia’s increased influence didn’t come cheap and many were subjected to cruel treatment as the monarchy tightened its grip.

Peter the Great: Merciless executions in the name of Europeanization

Peter the Great was a passionate ruler, to say the least. He applied the same fervor that spurred him to modernize the country as he did to his enemies, and the way he suppressed the Streltsy uprising in 1698 shocked his contemporaries.

Streltsy (shooters) were elite troops who have been compared to Ancient Rome’s Praetorian Guards. They were about 50,000-strong by the end of the 17th century and Peter the Great did not view them favorably since they sided with his political foes who opposed his policy of forced modernization.

The memories of the Streltsy’s role in the events of another revolt, in 1682, were also all too fresh for the tsar. When he was only ten, the regiment took part in a bloody coup, which removed Peter and his mother from power for several years in favor of his sister Sophia. The young monarch witnessed the enraged soldiers literally tear apart his kin in the Kremlin.

Maybe this partly explained the cruelty with which he punished those he thought were connected to the uprising 16 years later. Around 4,000 people were arrested and badly tortured - at least 1,000 were put to death. The majority were beheaded in Red Square.

Some accounts claim Peter chopped the heads of several suspects himself before ordering his noblemen to follow suit. The soldiers who didn’t get the chop were hung right next to the windows of the monastery where Sophia was holed up after being forced to take her monastic vows. The dead bodies hung from the gallows for months - this was a deliberate act to unnerve his sister, who Peter suspected of being involved in the revolt.

“The quashing of the Streltsy uprising in 1698 is considered to be the last date in the history of Moscow Rus before its blistering transformation into the Russian Empire [under Peter the Great],” historian Lev Gumilev wrote. 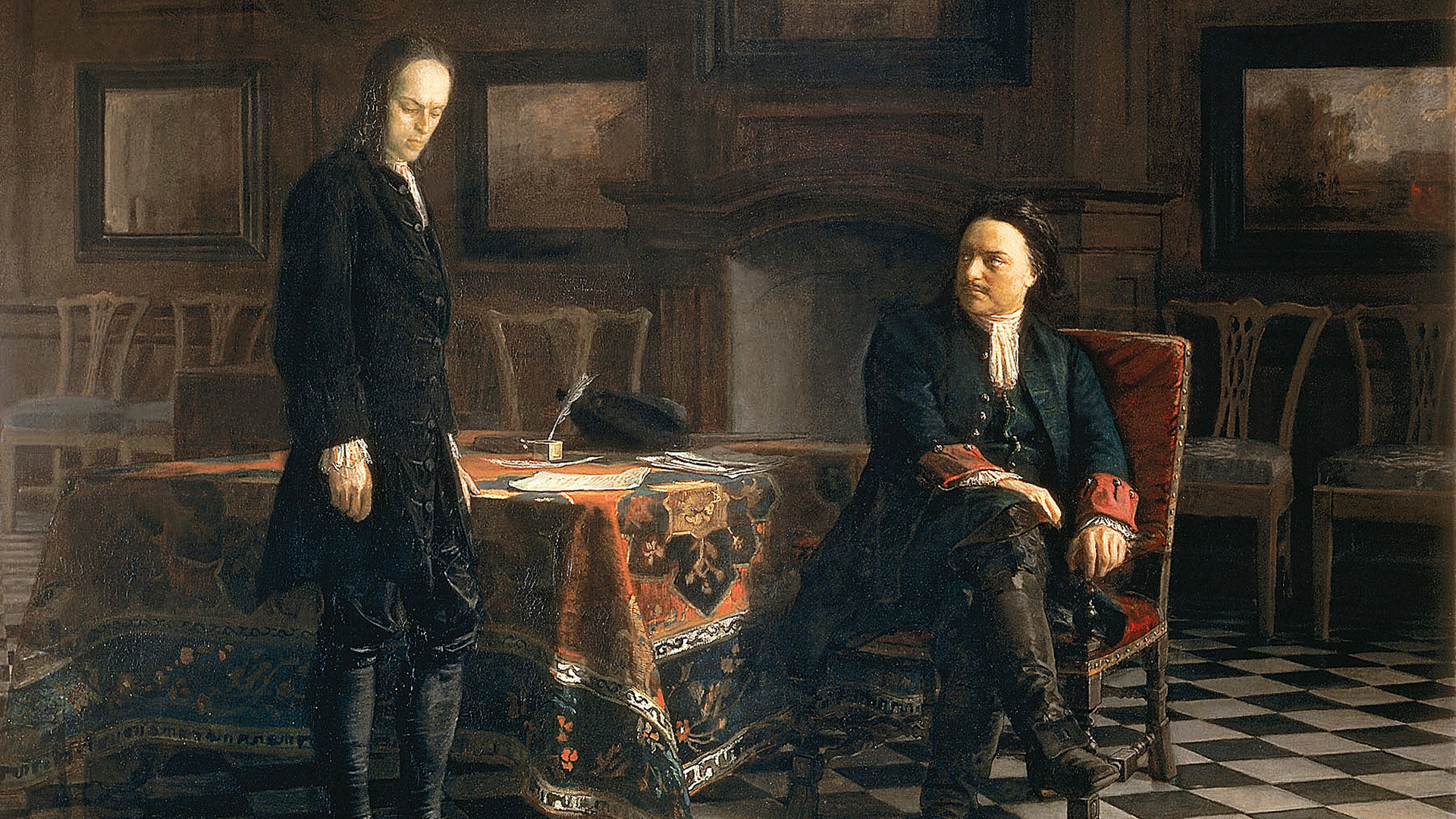 Peter I interrogating his son Alexei.

Sophia was not the only relative of Peter to fall prey to his infamous temper. The tsar executed his own son - Alexei - for alleged treason 20 years after the second Streltsy mutiny. He was convinced he was part of a conspiracy involving foreign powers and those unhappy with the tsar’s reforms. During the investigation, it’s believed Peter forced needles under the fingernails of his son, who eventually admitted guilt.

Catherine II ascended the throne during the epoch that was later dubbed the Era of Palace Coups. Like her predecessor, she gained power with the help of her elite guardsmen. She deposed her husband, Peter III, in 1762 - a few days later he was dead.

It’s not known for sure if Catherine was complicit in his murder, but there were strong rumors. According to the official version, Peter III died of hemorrhoidal colic but some historians argue he was killed by his wife’s supporters. Many contemporaries also doubted the official version. The sequence of events didn’t do much for Catherine’s image as a progressive monarch, who exchanged letters with Voltaire and Diderot and rightly considered herself to be a part of European Enlightenment.

Historians tend to sympathize with the empress and the coup she spearheaded. Her later rule ushered in a golden age for the Russian Empire and Peter continues to be viewed as a weakling who was manipulated by Prussian king Frederick the Great. Famous Russian historian Sergei Solovyov called Peter III “a foreign tsar” and “a sworn enemy” of the country. Vasily Klyuchevsky, another leading Russian historian from the imperial period, wrote that the illegal government of Catherine II better served Russian national interest than Peter’s cabinet.

During her one more Russian monarch lost his life: Tsar Ivan VI. He “ruled” for little more than a year - aged only two-years-old. In 1741, Catherine’s predecessor Elizabeth I overthrew Ivan and the regent, his mother. They were first exiled and then Ivan was imprisoned.

He spent his entire life behind bars and barely communicated with anyone. He reportedly lost his mind and was killed in 1764 during an unsuccessful attempt to free him. The prison guards had been ordered not to let him leave the cell alive.