Peter the Great and his women 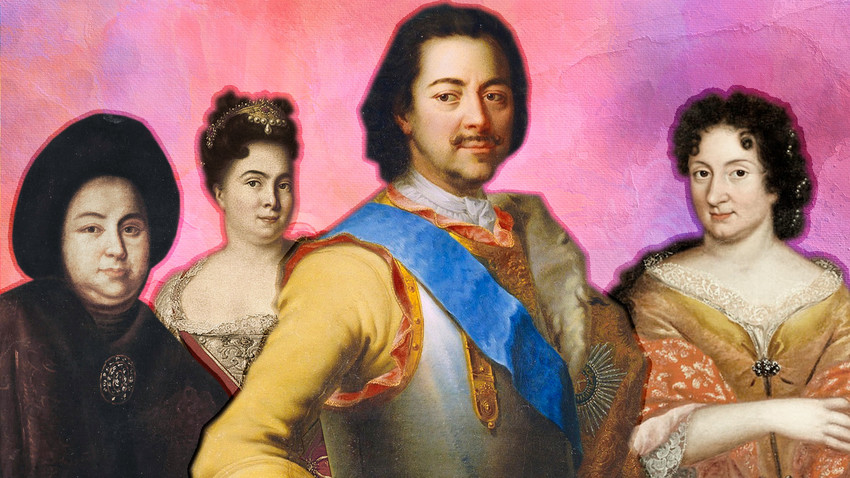 Pixabay; Maria Giovanna Clementi; Jean-Marc Nattier/Hermitage Museum; Public domain
The great Russian tsar and reformer was an ardent admirer of female beauty, yet even the most charming of women could risk his disfavor. 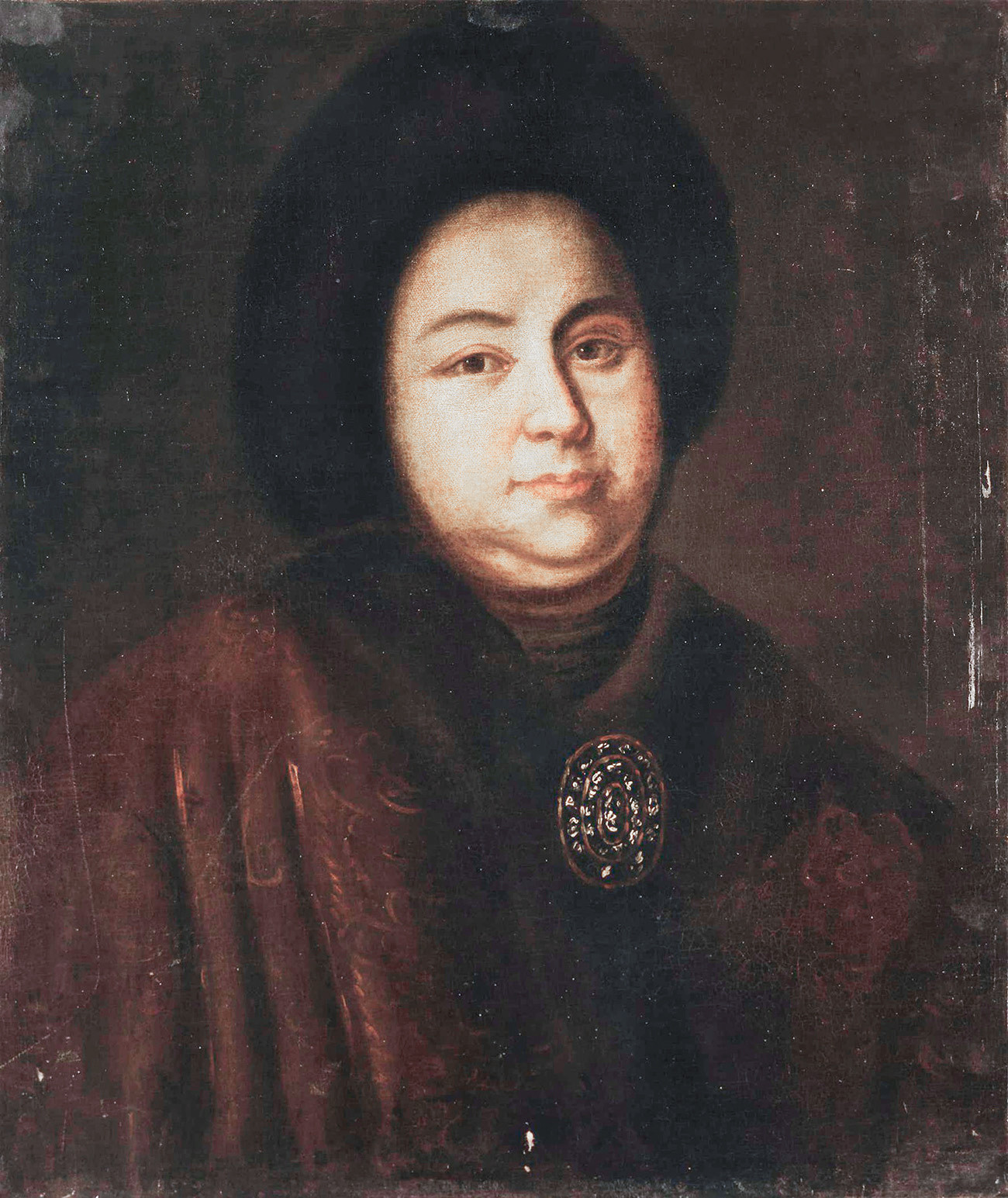 16-year-old Peter and Eudoxia (who was born Praskovya Lopukhina, but given the more "noble" name of Eudoxia after she became tsarina) were married in Preobrazhenskoe in 1689. However, their marriage was not a success. The young tsar loved spending time drinking and partying with his grown-up friends and was obsessed with Europe, while Eudoxia, the daughter of a senior court official, was hopelessly old-fashioned. “She has a fair face, but a mediocre brain, and a disposition not similar to her husband's, which is why she has lost all her happiness and ended up ruining her entire family,” Boris Kurakin, her sister's husband, wrote about Eudoxia. 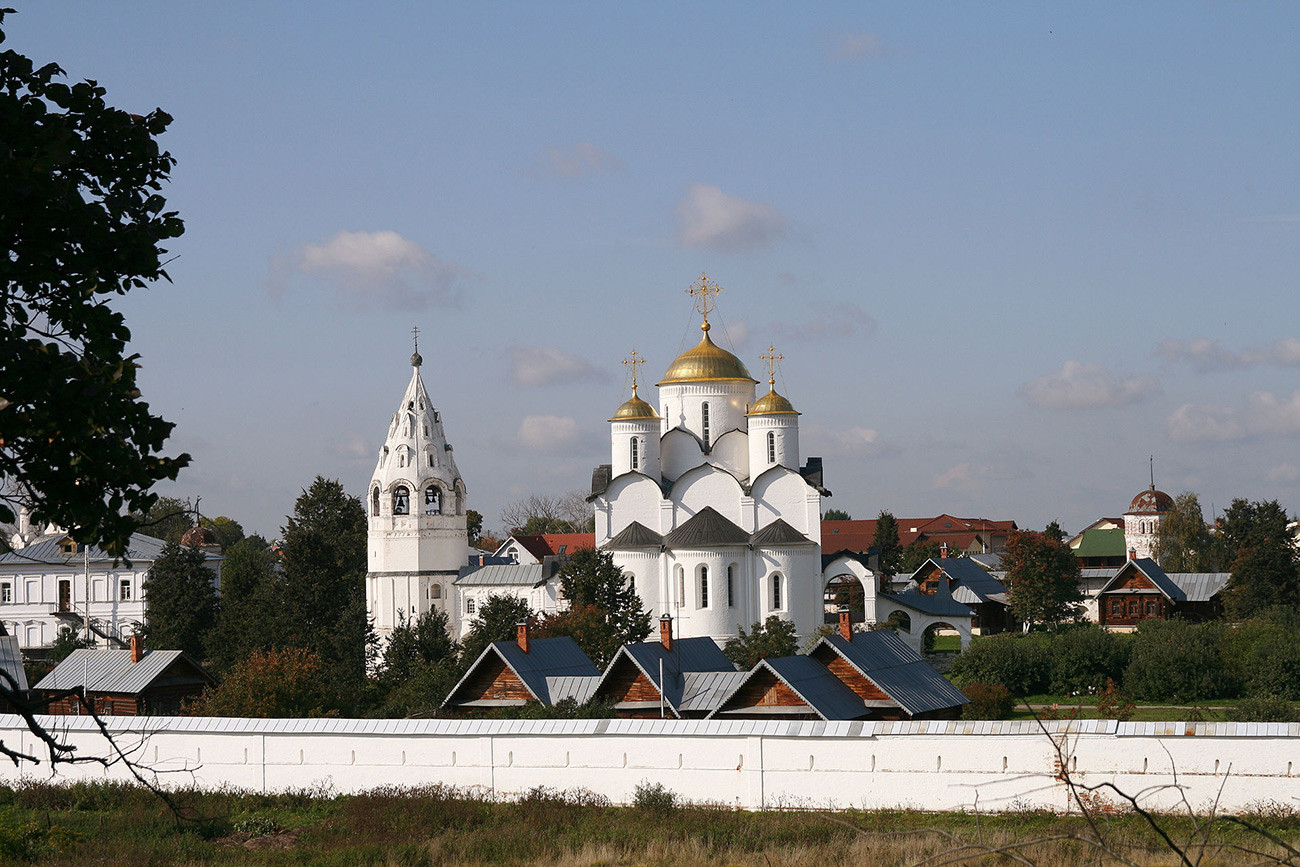 Eudoxia bore Peter three sons, but only the third, Tsarevich Alexei, survived. However, Peter did not devote much time to raising his son: he was more preoccupied with military and political affairs, as well as with his new love interest, Anna Mons. He almost forgot his wife, who – on top of everything – began to support his opponents. 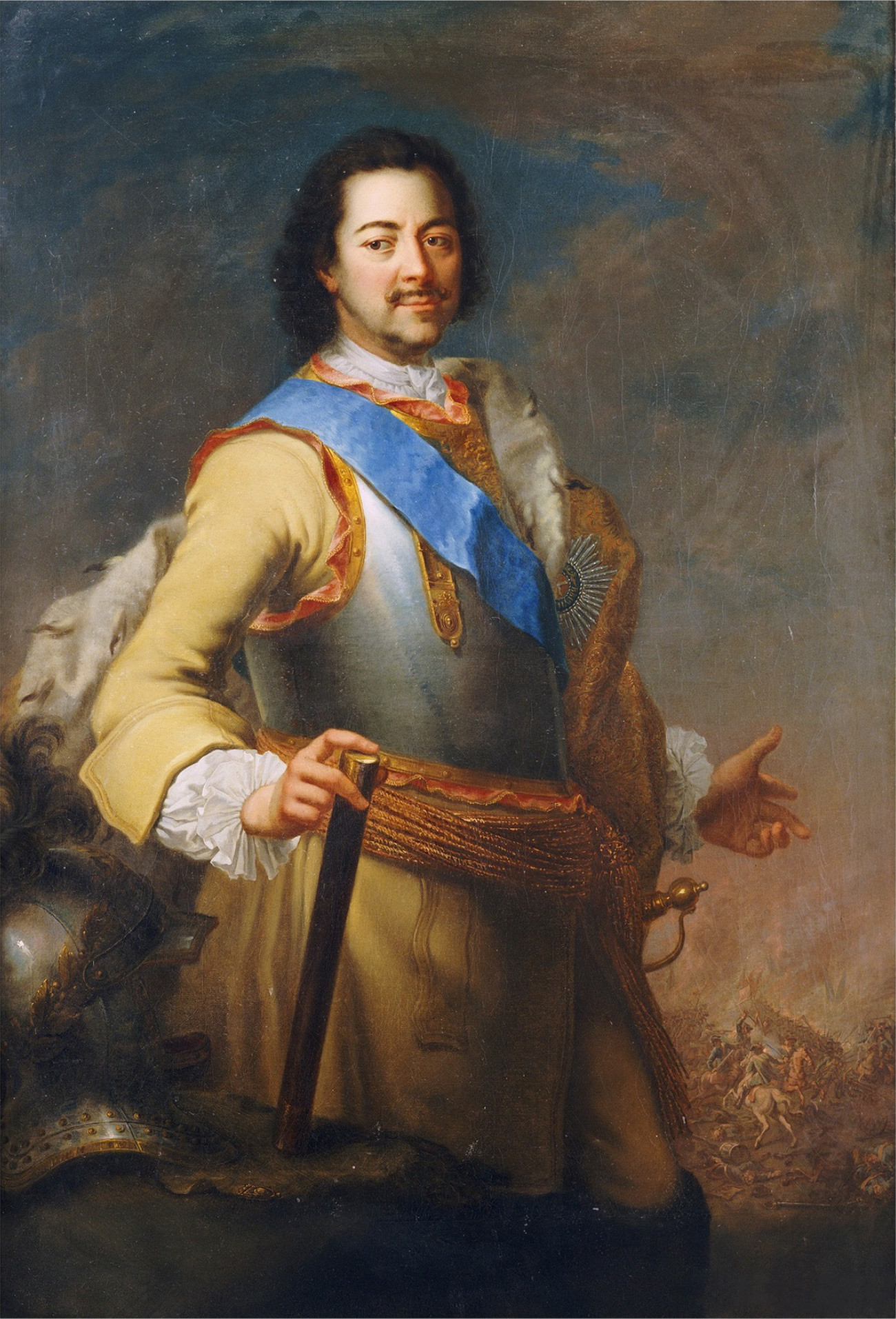 In 1698, Peter ordered for Eudoxia to be made a nun and sent to the Suzdal-Pokrovsky Convent. However, there, too, she continued to lead the life of a tsarina, receiving guests and even lovers. This went on for nine years, until the case of Tsarevich Alexei, Peter’s son who had tried to flee abroad, forced Peter to launch a large-scale investigation. It resulted in that the tsarina's last lover, major Stepan Glebov, was subjected to terrible torture, while she herself was whipped.

Eudoxia lived for many more years, and in 1731, she was allowed to return to Moscow and resume her royal lifestyle, but no longer played any political role. She died of natural causes in her home and her final words were: "God has given me to know the true value of greatness and earthly happiness." 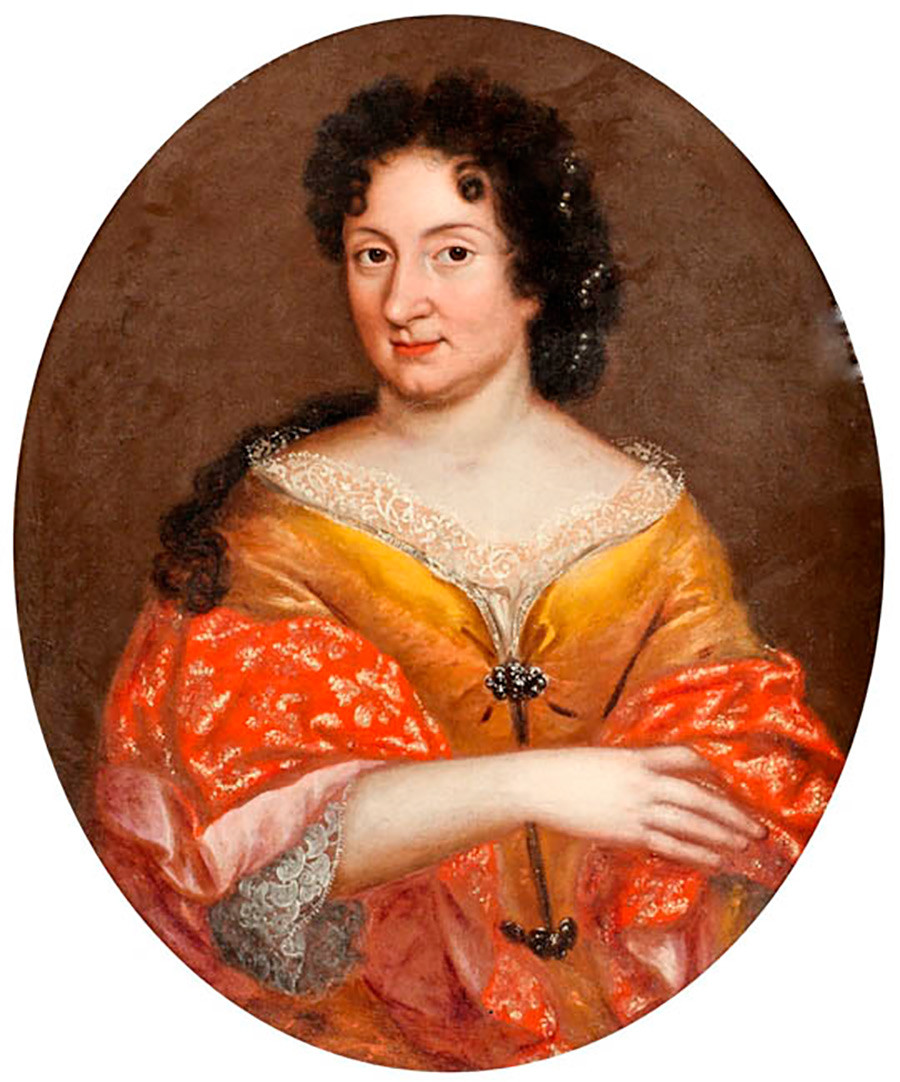 Peter's legendary mistress, of whom no portraits have survived, was the daughter of a Westphalian wine merchant, who kept a hotel in the German Quarter in Moscow. Anna met the tsar through his close associates Alexander Menshikov and Franz Lefort, both of whom had been her lovers. She was no more than one of Moscow's beautiful German women looking for favors from the powerful, but Peter was absolutely smitten by her, so much so that he banished his wife to a convent and thought of making Mons his tsarina. However, he must have been talked out it. Yet, in Moscow, Anna became to be called the “Kukui Tsarina” (Kukui was the name Muscovites had given the German Quarter). 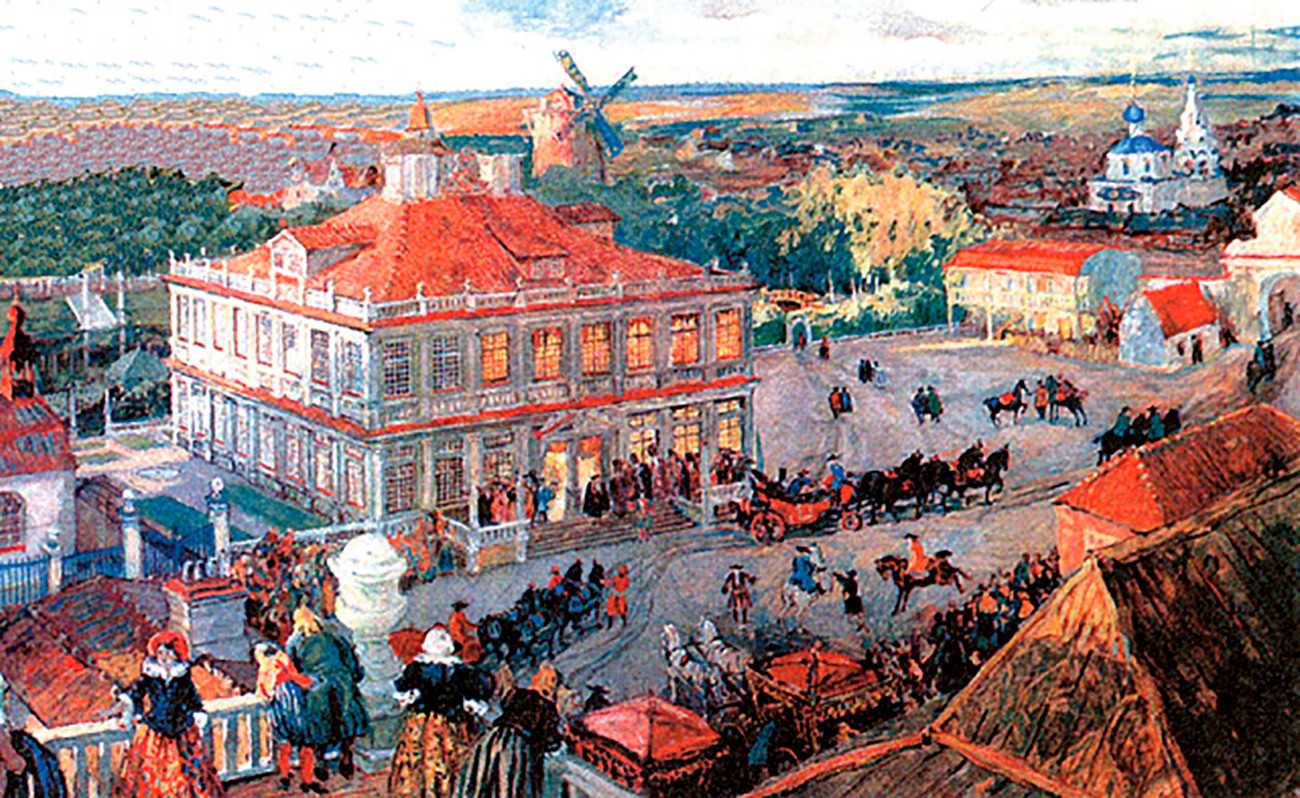 "The House of Anna Mons in the German Quarter in Moscow,' by Alexander Benois, 1911

Peter appointed an allowance for Anna and her mother; presented her with a stone house and a portrait of himself with diamonds. However, several years later, he discovered that she had been unfaithful to him. He must have really loved her, because she got off with a house arrest and the confiscation of her expensive house.

"The House of Anna Mons in the German Quarter in Moscow,' by Alexander Benois, 1911

Later, having lived with her for a while, Prussian envoy Georg-Johan von Keyserling tried to marry Mons, but the tsar, having heard his request, together with Prince Menshikov, mocked the diplomat and kicked him out. Nevertheless, permission to marry was granted by the tsar, but Keyserling mysteriously died, and Anna spent a long time suing for his belongings and property. 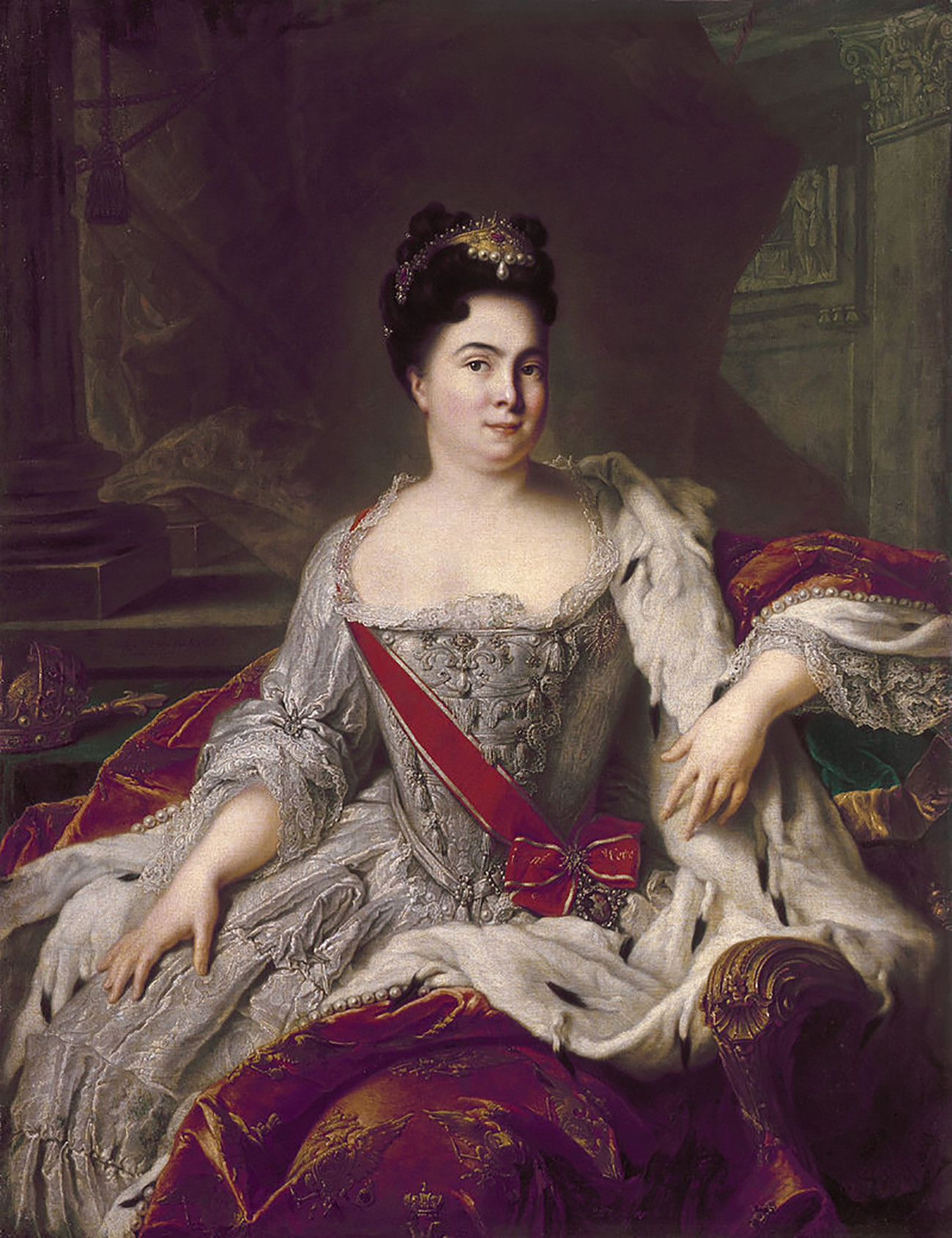 Peter “acquired” his second wife in the same way as Anna Mons: he took her away from Prince Menshikov. Skavronskaya, a maidservant from Marienburg, Germany, had been captured by Count Boris Sheremetev, together with other prisoners, and brought to his house. The beautiful and affable woman was taken away from Sheremetev by Menshikov, and it was in his house that the tsar met her. 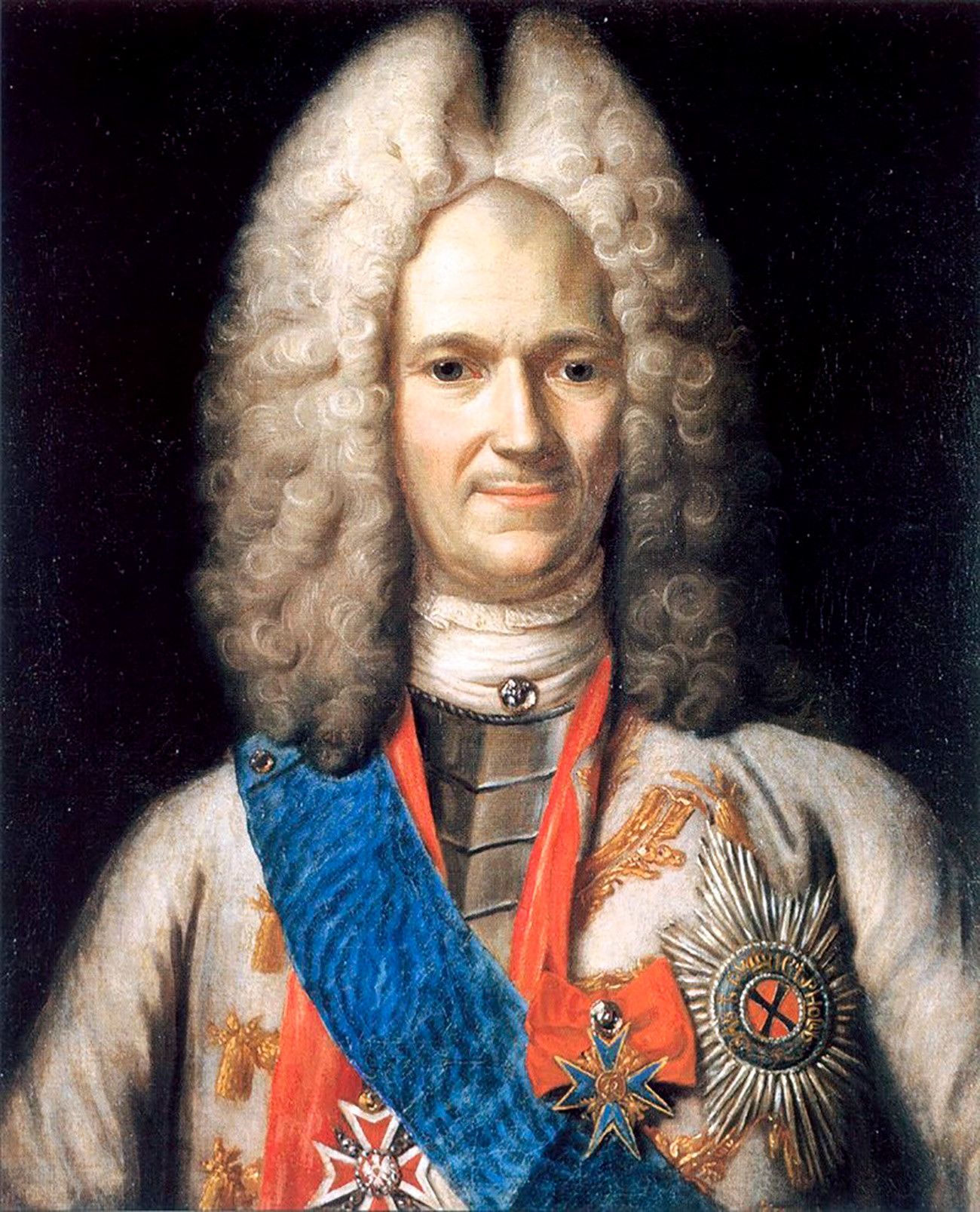 According to François Villebois, a Frenchman who was serving in Russia, Peter “looked at Catherine for a prolonged time and, teasing her, said that she was smart. He finished his humorous speech by telling her to take a candle to his room when she went to bed. It was an order, said in a joking tone but not allowing for any objection. Menshikov took it in his stride, and the beautiful woman, who was devoted to her master, spent the night in the tsar's room...”

The exact place of her birth and her parents' origin have still not been definitively established. But Peter was not bothered by that. He sent his new love to the house of his sister Natalia, where Marta learned Russian and court manners. In 1708, she was baptized into the Russian Orthodox Church and given a new name, Catherine. Three years later, he declared her to be his wife, after which Catherine, who was six months pregnant with yet another child of his, accompanied the tsar on the tough Pruth Campaign, during which she coped with all the hardships of a life in a military camp admirably, thus impressing the tsar even more. In 1713, he established the Order of St. Catherine in her honor.

The tsar loved to see much of his wife. According to a contemporary account, “there was not a single military parade, ship launch, ceremony or festivity where she was not present... Catherine, sure of her husband's heart, made fun of his frequent love affairs, same as Livia with Augustus. Peter, too, didn’t shy from discussing them with her, but always ended with the words: "Nothing can compare to you." Catherine bore Peter 11 children, but most of them died in infancy, except for Anna and Yelizaveta. The latter later became Empress Yelizaveta Petrovna.

Their idyllic love ended in 1724, when Peter discovered his wife's affair with Willem Mons, Anna's brother. Fond of cruelty and theatrical gestures, Peter ordered for Willem's severed head to be brought to Catherine on a tray. They reconciled only shortly before the tsar's death. It is believed that Peter died in her arms. After his death, Catherine became the first woman to become a full-fledged ruler of Russia.