It seems like some curse followed Boris Godunov’s historical heritage. Although most of his actions as a tsar were rational and profitable for Russia, his rule ended in a disaster and his life ended abruptly and tragically. Even after his death, bad luck followed him. When in 1945, the crypt with the remains of Tsar Boris and his relatives was opened, the grave turned out to have been robbed and the bones and skulls were mixed and crumbled – so anthropologists couldn’t reconstruct even an approximate image of Godunov.

He rose to power from being Ivan the Terrible’s ‘oprichnik’ 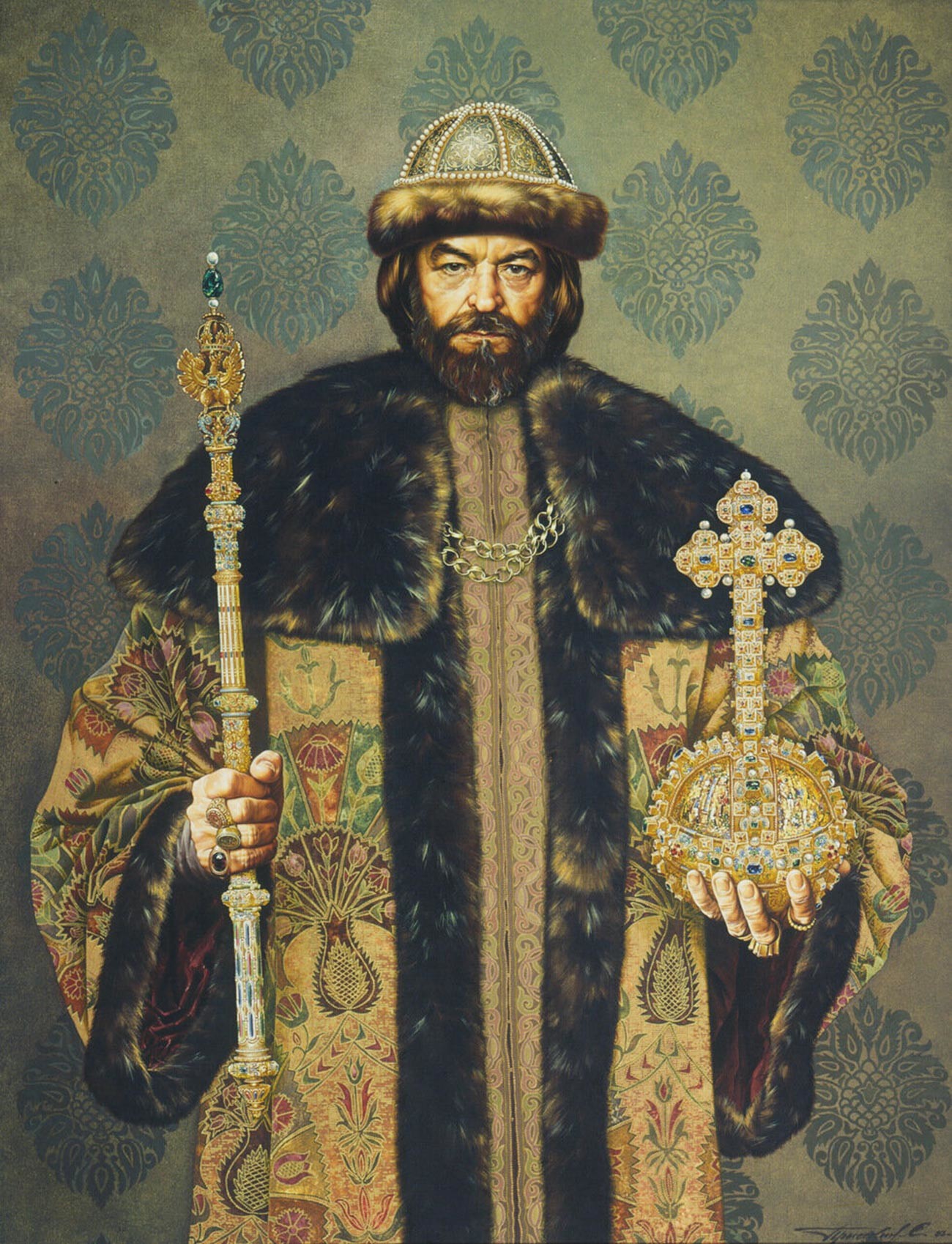 “He was a tall and corpulent man, whose presence could not help reminding one of the obligatory submission to his authority. With black, though sparse, hair and regular facial features, he had a steady gaze and a strong body,” – wrote English businessman Thomas Smythe, who saw Godunov in the last year of the tsar’s life.

Boris Godunov (1552-1605) appeared at the court of Ivan the Terrible in the 1570s thanks to his uncle Dmitry Godunov. Dmitry served at the court of Yuri of Uglich (1532-1563), Ivan’s younger brother, who probably was deaf. After Yuri’s death, Dmitry became one of the closest aides of Ivanand promoted his nephew Boris to become an oprichnik – a member of Ivan’s personal army. In 1571, a 19-year-old Godunov was invited to Ivan’s wedding and, in 1575, his sister Irina became the wife of Fyodor Ioannovitch (1557-1598), Ivan’s younger son. After this, Boris Godunov gained a status of a boyar and became one of the state’s influential persons. 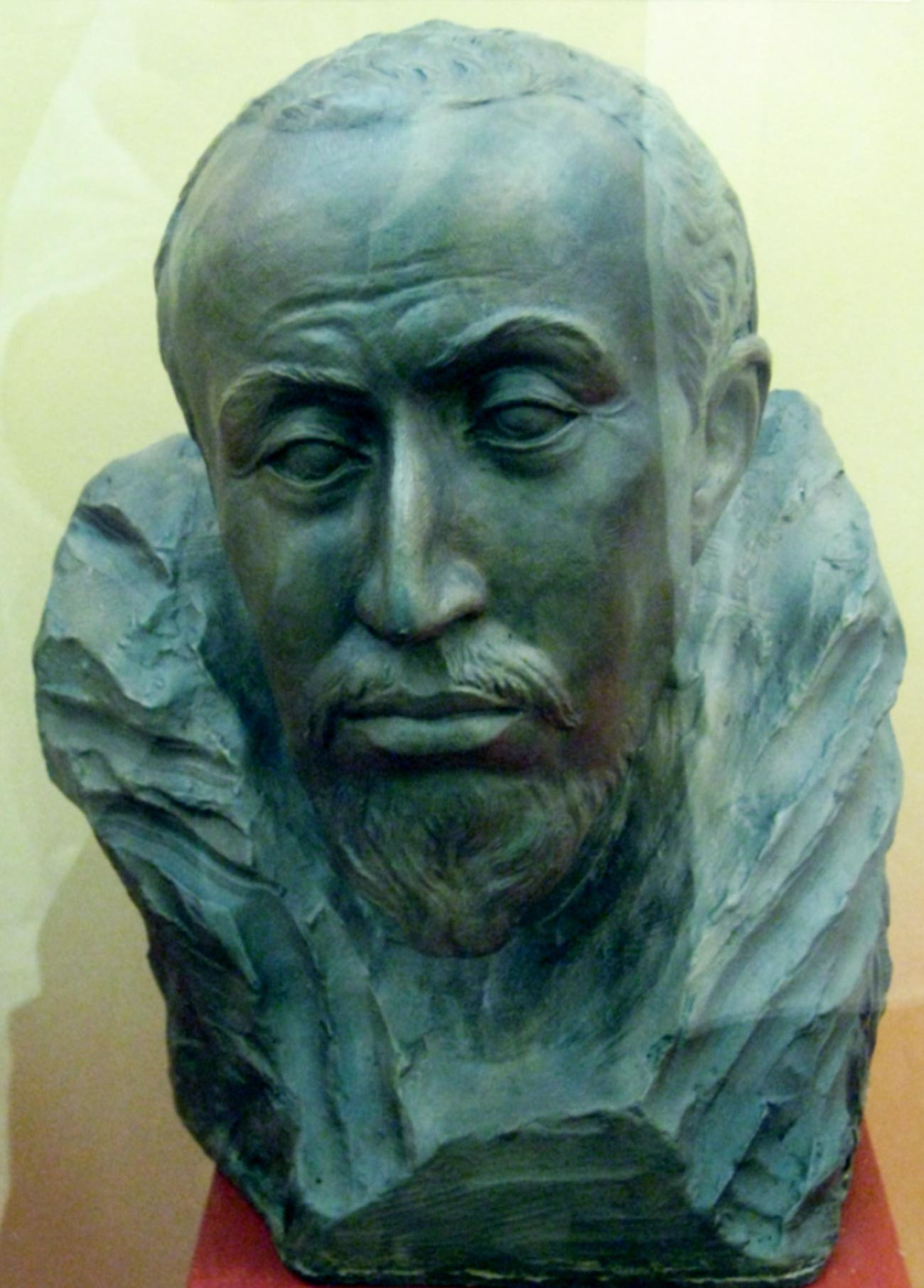 While Ivan the Terrible was alive, Boris cleverly stayed in his shadow. But he was one of the few people who were present at the moment of Ivan’s death in 1584 and was the one to announce the sad event to the Moscow nobility from the Red Porch in the Moscow Kremlin. No one can really say what role Godunov had played in the death of Ivan, but already by 1585, he became the sole head of the Russian government and actually ruled instead of the next tsar, Fyodor Ioannovitch.

Tsar Fyodor was unable to rule the country by himself – he was considered intellectually disabled, although historian Dmitry Volodikhin claims that was Fyodor’s disguise. In any case, Fyodor willingly handed over the reins of government to Boris Godunov.

Most of Godunov’s state actions were very successful 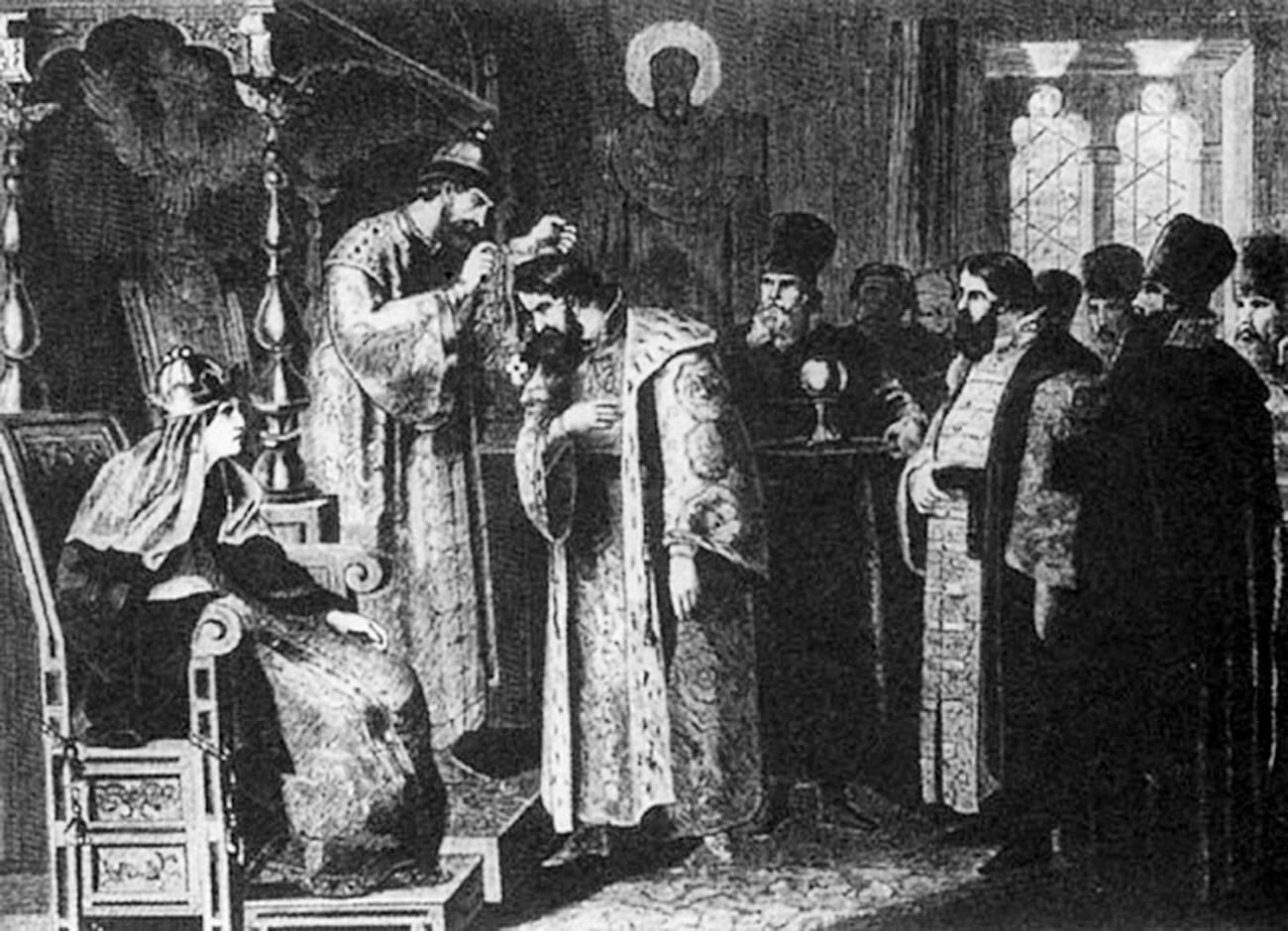 After becoming Russia’s “shadow ruler”, Godunov didn’t rest on his laurels, but instead, showed considerable activity. First, he stimulated construction of fortress towns on the Russian borders: Voronezh in 1585, Livny and Samara in 1586, Tsaritsyn (later famous as Stalingrad) in 1589, Saratov in 1590, Belgorod in 1596 – all these fortresses helped protect the mainland from the plundering invasions of the Tatar nomad tribes of the Russian South. In 1604, Tomsk was founded in Siberia. But Godunov also ordered to improve and protect the central Russian towns.

At Godunov’s order, the Smolensk Citadel was built, one of Europe’s most imposing fortresses of the epoch, that was meant to protect the Moscow lands from the Polish attacks. In Moscow, two lines of fortifications were built – the 29-tower Bely Gorod (White City) fortification wall surrounding the city center and resembling the Smolensk Citadel’s walls and the Skorodom, a wooden fortification of a wider range. The fortification works were very useful – in 1591, Crimean Khan Gazi II Giray (1554-1607) attempted to conquer Moscow, but his army was helpless against the heavily protected city. 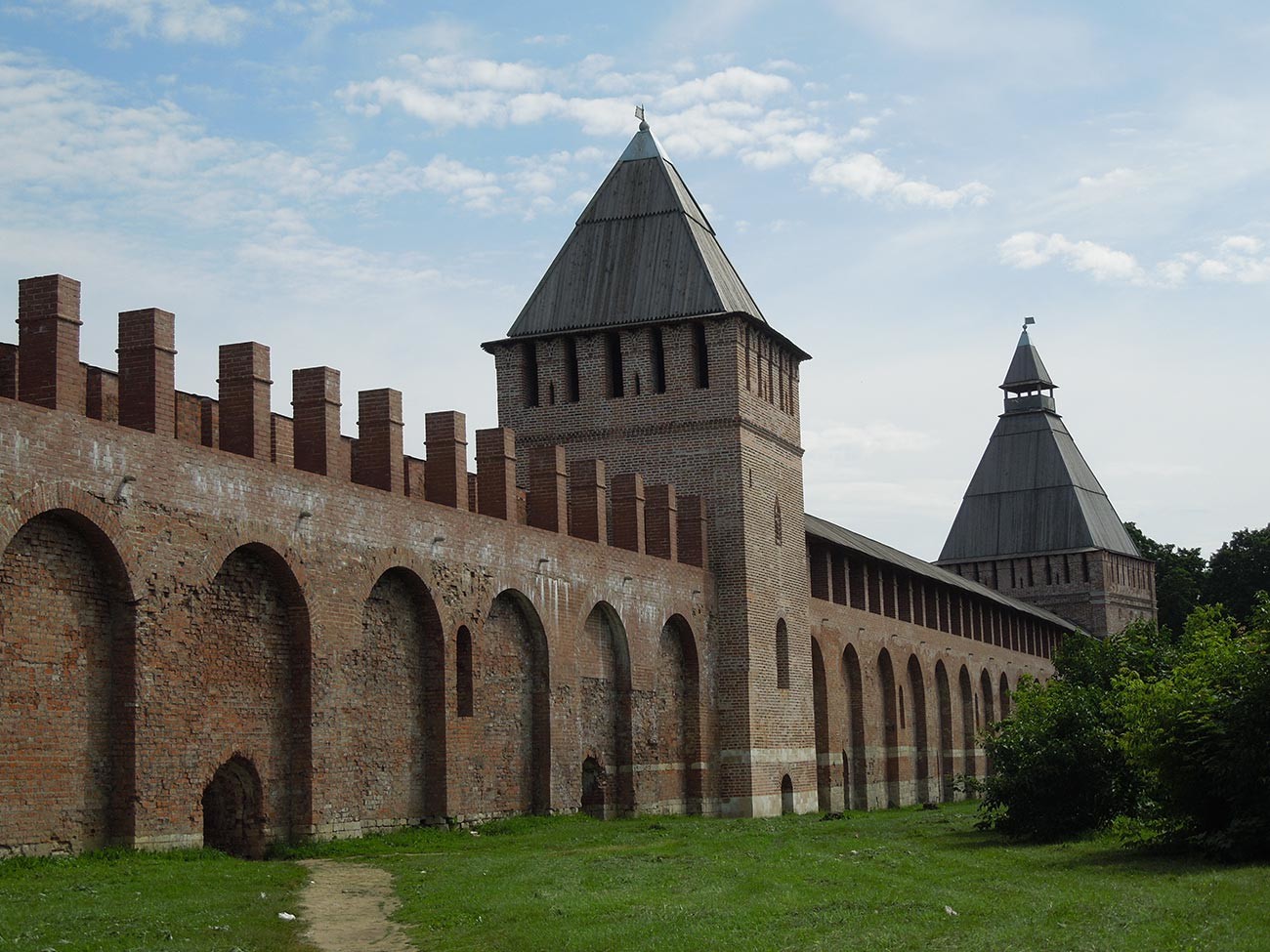 Godunov led a successful foreign policy. After the victory in the Russo-Swedish war of 1590-1595, he managed to return the lands Russia had ceded to Sweden after the Livonian War of 1558-1583, lost by Ivan the Terrible.

To support the state’s finances, Boris Godunov had to strengthen the serfdom regime for the Russian peasants – From 1597, serfs who ran away from their landlords and lands were to be sought and brought back for a period of five years. 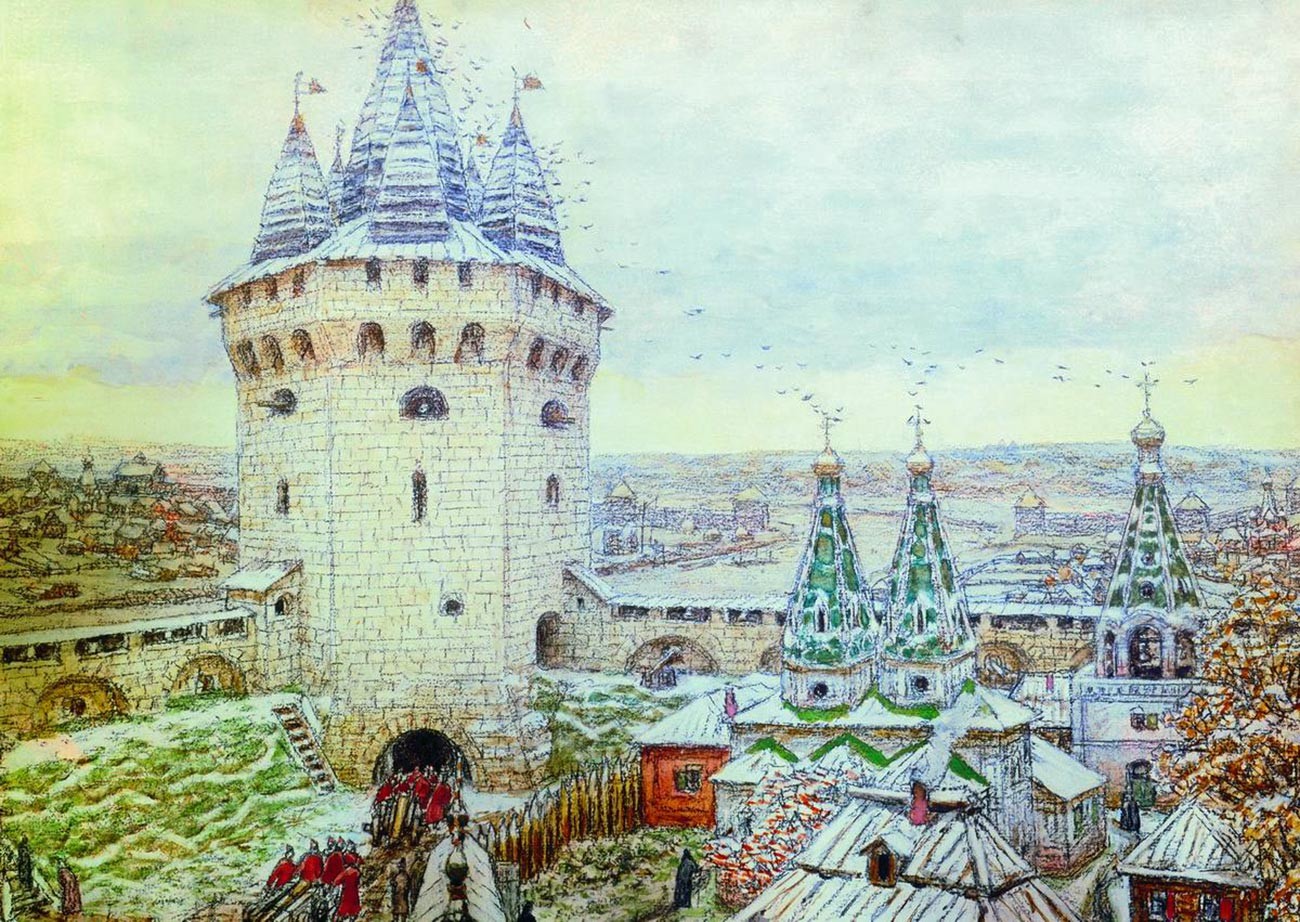 In 1598, after Fyodor Ioannovitch died, the Zemsky Sobor (Assembly of the Land, a kind of medieval Russian parliament) elected Boris Godunov the new tsar. During his short reign, Godunov showed benevolence to foreigners never seen before in Russia. “As soon as the Ambassador entered, Boris Fyodorovich went to meet him, received him with great respect, bowed according to the Moscow custom, and gave him his hand,” – this is how a reception of Niklas von Warkotsch, an Austrian envoy, is described.

Amazing – a Russian tsar standing up and walking towards a foreigner, even giving him his hand! Something like this was unthinkable under Ivan the Terrible! But, according to Isaac Massa (1586-1643), a Dutch envoy to Moscow, Boris Godunov declared that “all nations are equally appealing to him, that he wants to live in friendship with everyone”. Godunov invited foreign merchants, doctors and engineers to practiсe and work in Moscow, endowed them with money and lavish gifts and even introduced foreign entertainment into the Kremlin palaces – his sister Irina was amazed at the sound of pipe organs and clavichords brought by Boris’ English friend, diplomat Jerome Horsey (1550-1626).

Godunov also established especially good relations with England – he corresponded with Elizabeth I (1533-1603) and even negotiated about his son, Fyodor, marrying some English noble woman, but Elizabeth’s death put an end to this.

His reign, however, ended in a disaster 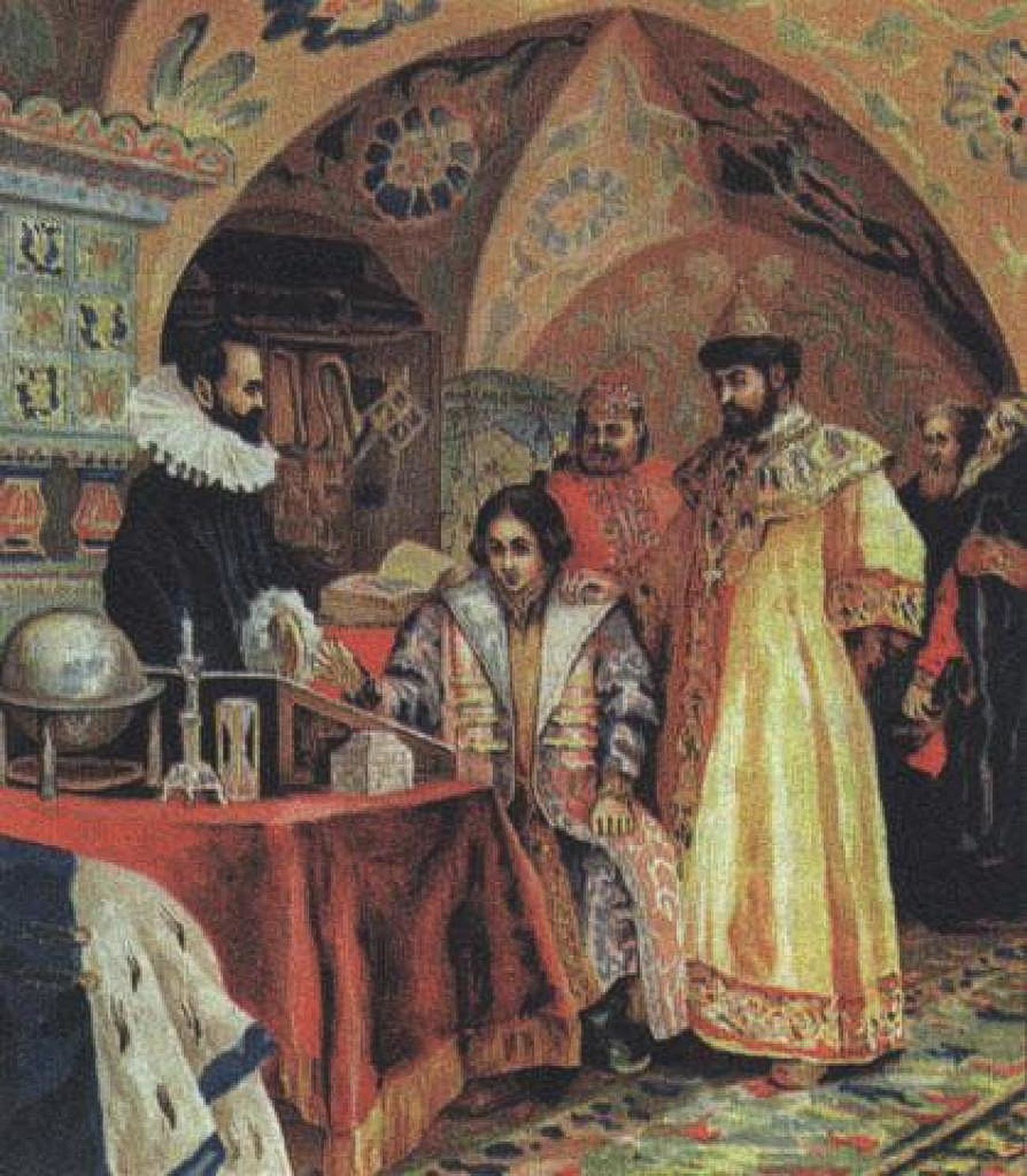 In 1601, a major famine struck Russia. During the summer, rain lasted more than 10 weeks, so crops didn’t grow and in autumn, early frost killed the remaining crops. The following year, the situation was the same. The reason for such drastic weather was the eruption of the Huaynaputina volcano in Southern Peru (February 1600) that caused ash clouds to form in the Earth’s atmosphere, blocking the sunlight. But Russians didn’t know that.

“In Moscow and within its borders they ate horse meat and dogs and cats and ate people,” Russian chronicle said of that time. Landlords set their serfs free and hungry people would go to rob passers-by on the roads. Chaos ensued. In Moscow, Boris Godunov offered giveaways from the tsar’s treasury, but money couldn’t buy food that was absent. Meanwhile, the price for the grain stored from the previous years rose 100 times.

The people started blaming the tsar, the boyars, the nobility. A peasant uprising under the leadership of a peasant named Khlopok Kosolap happened in 1601-1603, and although it was suppressed by the tsar’s army, the robberies and plundering didn’t stop.

In 1604, False Dmitry I appeared – an impersonator claiming to be Dmitry of Uglich, Ivan the Terrible’s last son that died in 1591 under mysterious circumstances. With a small army of his Polish supporters and disillusioned Russians who had joined them, Dmitry tried to attack Moscow, but was defeated by the tsar’s army and was forced to retreat. In the middle of all this turmoil, Boris Godunov suddenly died.

On April 13, 1605, Isaac Massa wrote, “Boris was very cheerful [...] ate a lot at dinner and was happier than his entourage was used to seeing. After dinner, he went to the high tower, where he could see all Moscow and its environs and it is believed that there he took poison, for as soon as he went down to the hall, he sent for the Patriarch and the bishops to bring him a monastic hood and immediately tonsured him, for he was dying and as soon as these persons made a prayer, tonsured him and put on his hood, he let his last breath out.” It is not a fact, however, that Boris poisoned himself – he was frequently feeling unwell since 1599-1600. But, whatever the truth, after Boris’s death and subsequent murder of his heir, Fyodor Borisovich, the Moscow Tsardom fell into the Time of Troubles.