4 reasons why Tsar Ivan was called 'The Terrible' 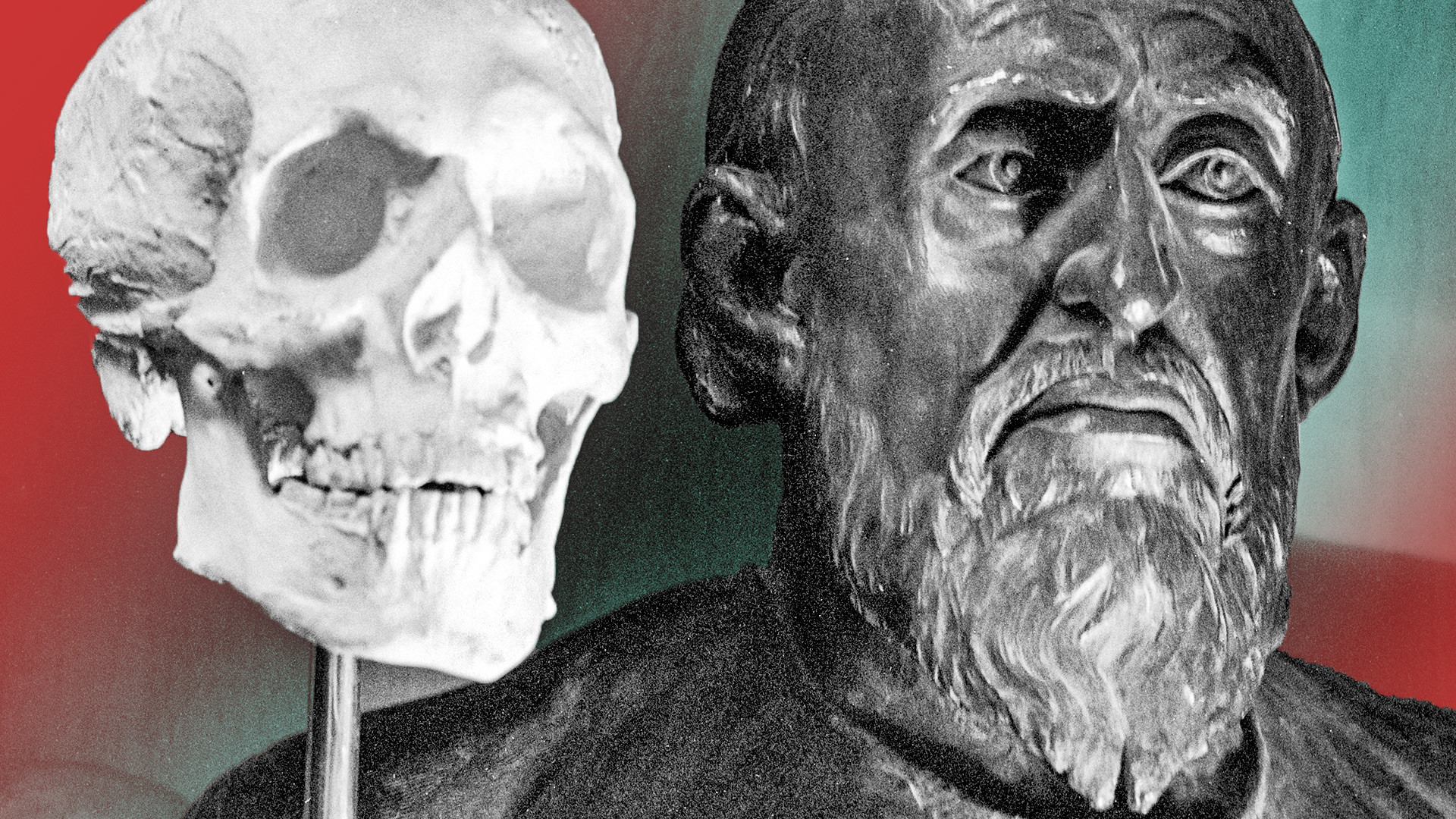 The facial image of Ivan IV Vasilyevich (R) reconstructed from his skull (L) in the Institute of Anthropology and Ethnography, Moscow.

Alexander Lyskin/Sputnik, Russia Beyond
In Russia of the 16th century, “terrible” meant something different. Why did the first Russian tsar acquire this nickname during his lifetime?

The Terrible – today in English, it clearly means a disenchanting, bad, and even evil person. Very different from the moniker Ivan IV Vasilyevich, the first Russian tsar, acquired during his lifetime. In the 16th century his nickname “Groznyi”, as Russia Beyond mentions, meant “The Strong”, “The Menacing,” “The Impressive”. Let’s elaborate on why this tsar was called so.

1. He was tall, athletic, and very strong 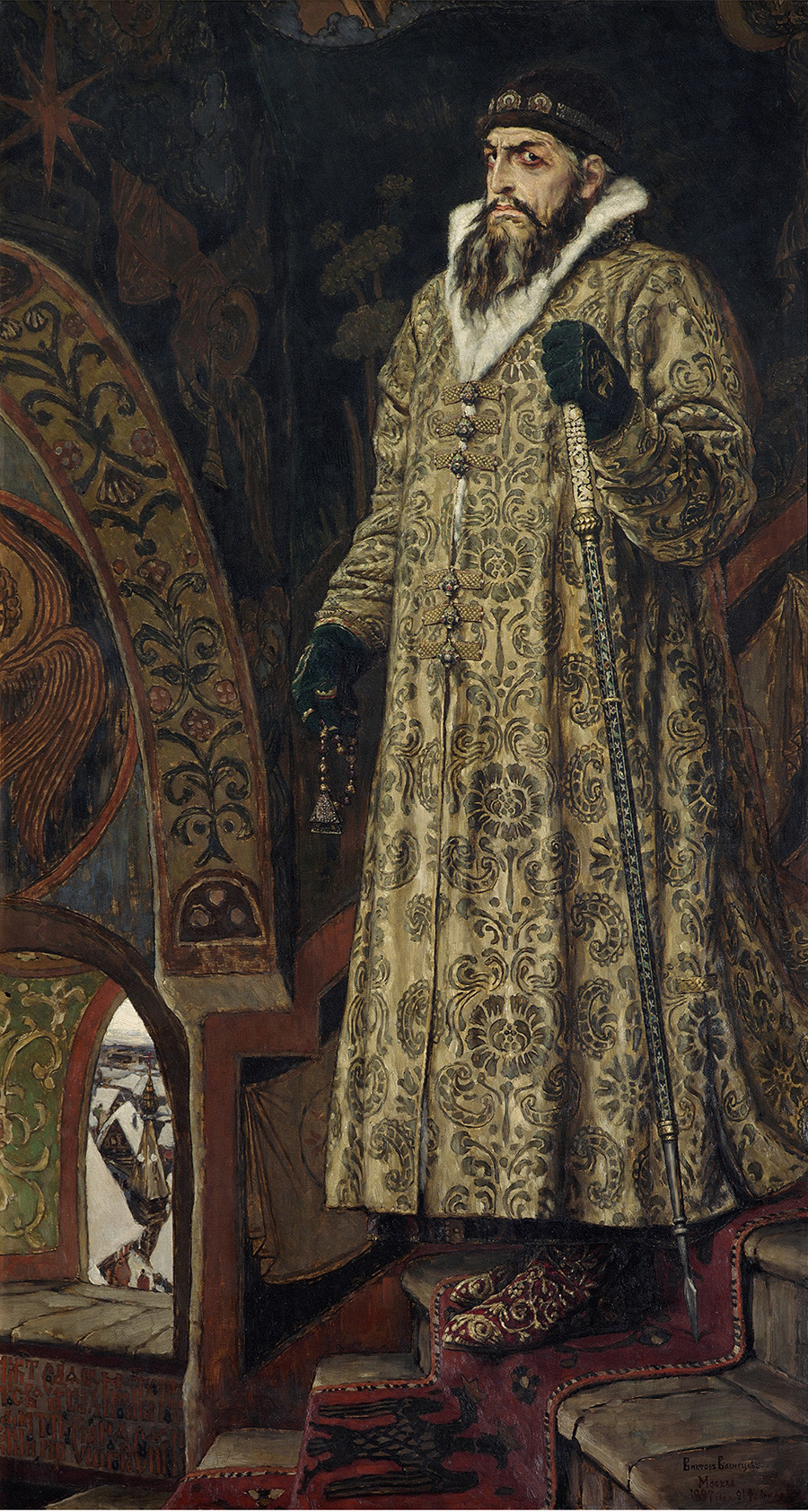 One of the rare accounts of Ivan’s physical appearance comes from Daniel Prinz von Buchau (1546–1608), an envoy of the Holy Roman Empire in the Moscow Tsardom. “He is tall, stout, and full of energy. His eyes are big, observing, and restless. His beard is reddish-black, long and thick,” Prinz wrote about Ivan at the time when the tsar was 46. Prinz also noted Ivan’s heavy staff that the tsar carried with him at all times and subtly hinted that the staff symbolized the tsar’s “imposing manhood.” 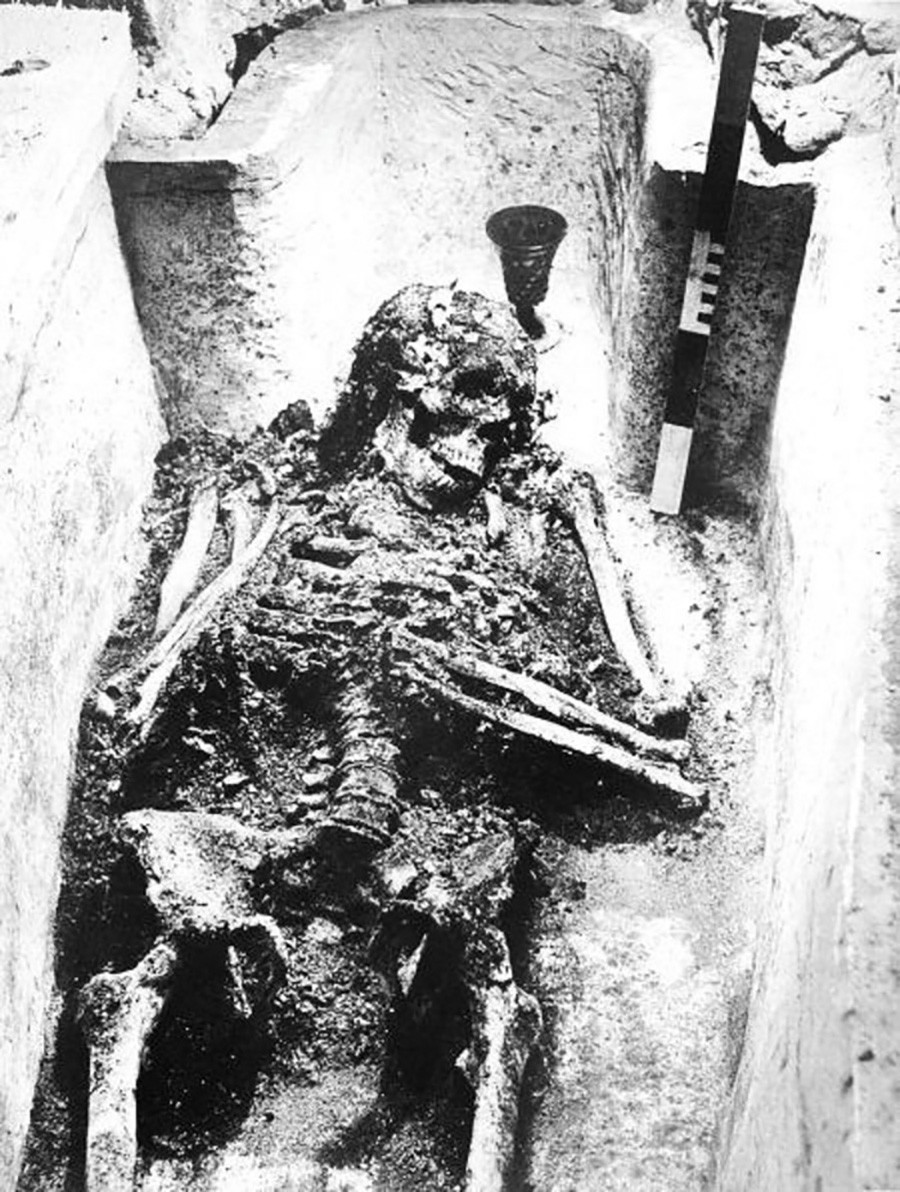 Ivan IV Vasylievich's carcass in his tomb, photograph of 1963

In 1963, the grave of Ivan was opened and his remains were studied by Soviet historians. We have an image of Ivan’s carcass that is surely one of a very strong man. The analysis showed that Ivan was 5 ft 10 inches (178 cm) tall and weighed 85 to 90 kg (187-198 lbs) – imposing proportions even for a contemporary man, not to say a man of the 16th century. So no wonder he was feared in person.

2. He went deep into science, which impressed his contemporaries

During his younger years, Ivan didn’t indulge himself too much in studying, rather he preferred partying, often even with skomorokhs – pagan musicians – which brought disapproval from the clergy of his time. Ivan indulged in different lewd activities, promiscuity, and heavy drinking, denying all pleas to start leading a pious way of life befitting for a Christian ruler. 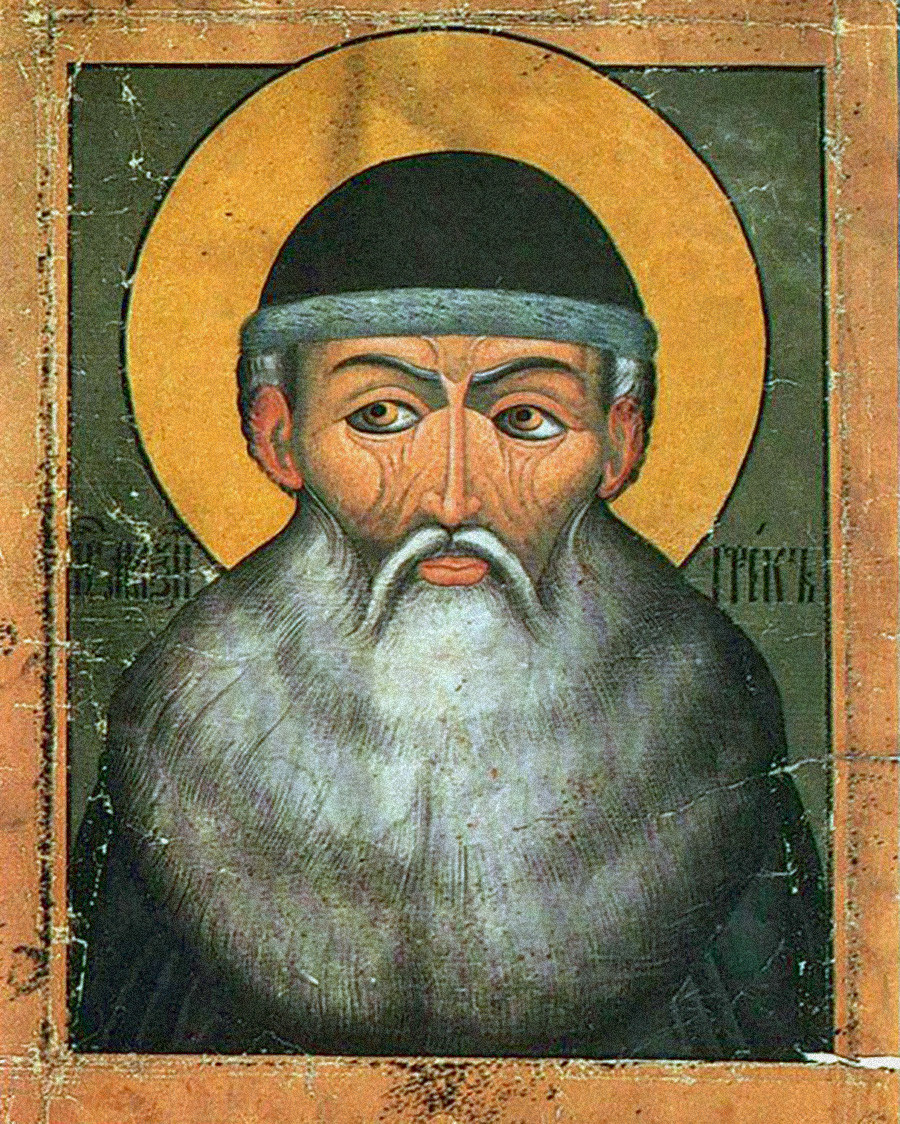 However, the young Ivan received guidance from Maximus the Greek (1475-1556), one of the leading intellectuals of the epoch, invited to Russia from Europe, and later from Sylvester (? - 1566), a priest of the Cathedral of the Annunciation in Moscow, who convinced Ivan to stop his lewd way of life. Around the end of the 1540s, Ivan took heed of this advice.

As he matured, he became proficient in foreign languages, and in various sciences. At his court, foreign doctors, astronomers, and scientists found support and were paid accordingly. Ivan began to collect rare books and manuscripts that allegedly formed his lost library. Whether it existed or not is still a question, but it is certain that Ivan developed a reputation as an intellectual and even something of a magician, which instilled fear and respect in both his aides and enemies. Ivan also wrote poetry and composed music.

3. He had a fierce temper stemming from his childhood 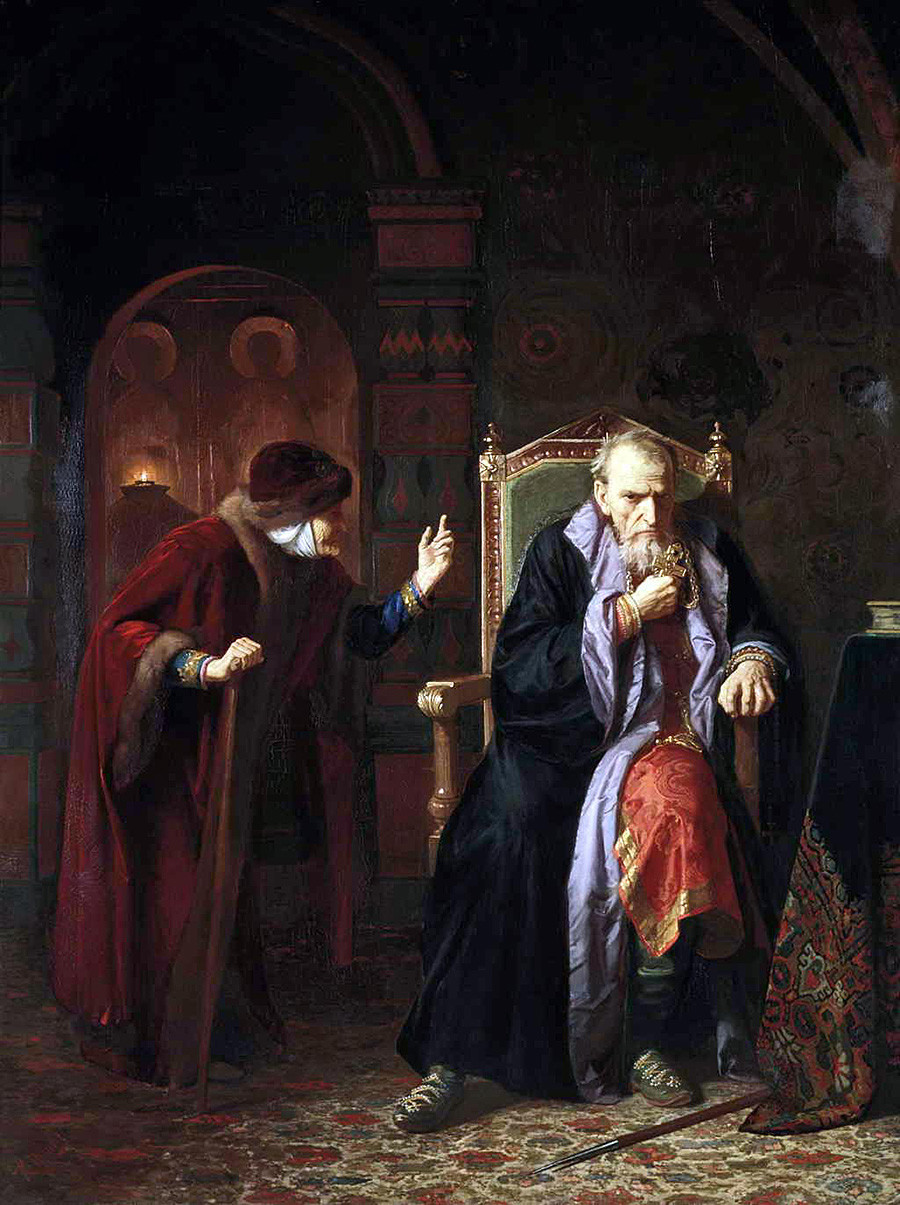 "Tsar Ivan and his nanny" (1886), a historically inaccurate painting by Karl Gottlieb Wenig (1830-1908). Editor's note: last mentions of Tsar Ivan's nanny, Agrippina Chelyadnina, date back to 1538, when Ivan was just 8 years old. So she couldn't be around when he was a grown-up man.

Numerous sources indicate that Ivan was exceptionally fierce. At 15, he ordered one of his young friends (Prince Mikhail Trubetskoy) executed as a result of a petty argument. He also demanded to cut off the tongue of another one of his young friends (Afanasiy Buturlin) for cursing at the tsar. During his lifetime, he murdered several people (jesters or servants) during outbursts of uncontrolled rage.

This ferocious temper had a reason – in his childhood and young years, he has seen members of his family murdered by boyars and rioting Muscovites, and because of court intrigues, he developed a paranoia that had, however, some real grounds – after all, as contemporary Russian historian Sergey Shokarev has effectively proved and as the analysis of Ivan’s remains confirms, the cause of the tsar’s death (as well as his son Ivan’s) was mercury poisoning.

4. He conquered the Kazan Khanate, the most powerful remainder of the Golden Horde

The Kazan fortress in the first half of the 16th century.

The first half of the 16th century was the heyday of the Ottoman Empire, governed by Suleiman the Magnificent (1494-1566). The Ottomans’ influence stretched even to the Crimean, Astrakhan, and Kazan Khanates. There was an imminent danger of the Russian lands being subdued and conquered by the Muslim Khans. The Khans of Kazan and Astrakhan menaced and plundered the Russian lands, coming as close to Moscow as Nizhny Novgorod and Vladimir.

Shortly after becoming the first Russian tsar in 1547, Ivan the Terrible headed the military campaign against the Kazan Khanate, the most powerful remainder of the Golden Horde. Russian priests, headed by Macarius of Moscow (1535-1556), declared that all Russian warriors who took part in the campaign were fighting for the Christian cause and gained eternal bliss if they died in these battles. 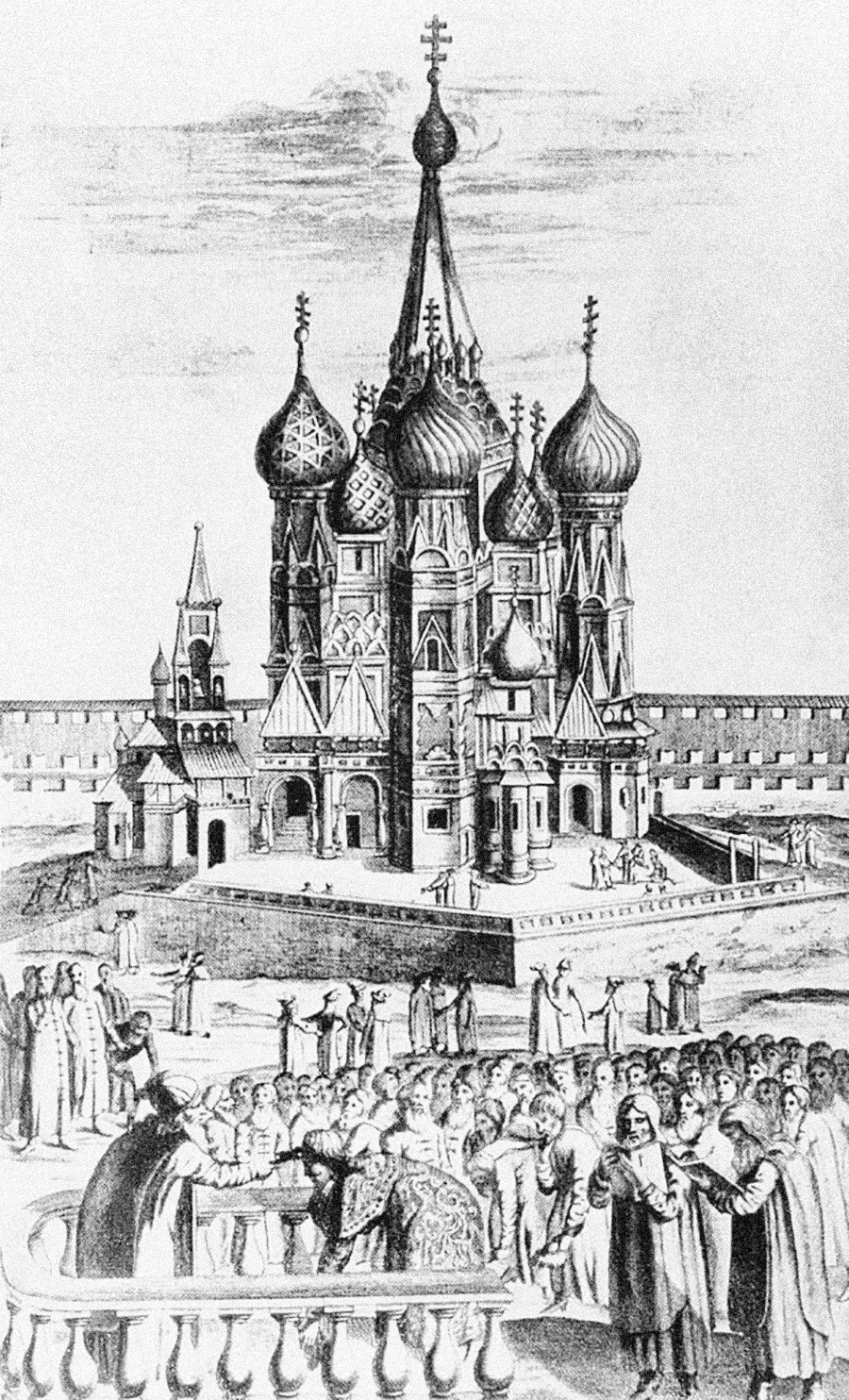 To the awe of all Russian people, the young tsar himself headed all campaigns against Kazan, beginning from 1547. Contemporaries praised Ivan, who risked his own life by making it all the way from Moscow to Kazan, not sitting in his palace while his men risked their lives in  battle. In 1552, as a result of yet another campaign, Ivan subdued Kazan and entered the city himself. The Russian people rejoiced in this victory, and Ivan’s prestige and prowess grew immensely. This was really a hard-earned and important victory that was marked by the building of the St. Basil’s Cathedral in Moscow – still one of the major landmarks of Russia’s capital.

After the Kazan Khanate was subdued, the moniker “Groznyi” (“The Terrible”) came to be associated with Ivan. Historians are not unanimous about when and where exactly it first appeared, but there are accounts that this nickname first started being associated with Ivan in the folk songs of the second half of the 16th century. Before Ivan, this moniker belonged to his grandfather, Grand Prince Ivan III of Moscow (1440-1505), the creator of the Moscow State.