'Dog-headed people': What was Ivan the Terrible's ‘oprichnina’ force 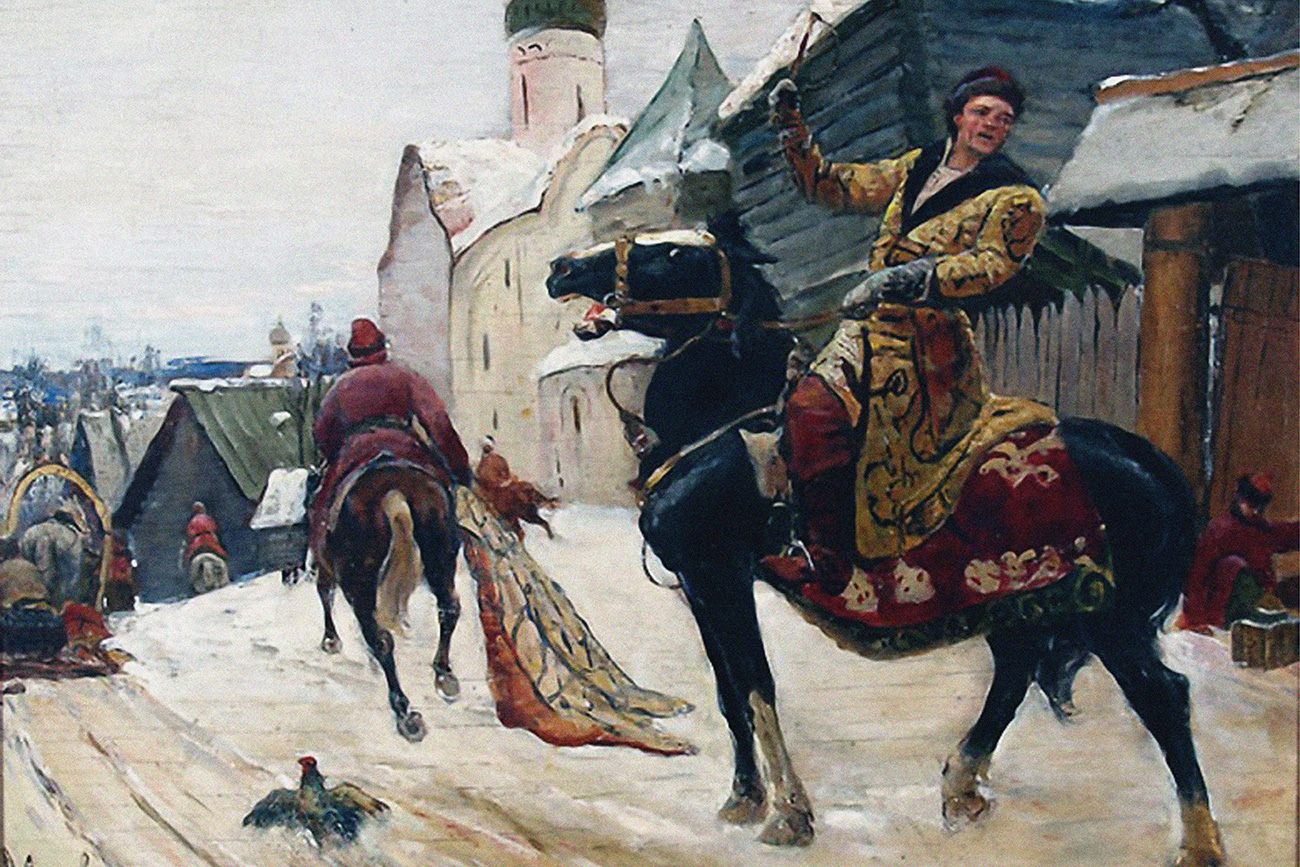 Vostock-Photo
The oprichnina, the personal force of Russian Tsar Ivan the Terrible, was responsible for mass executions, the persecution of the monarch's enemies, and confiscation of property: They enjoyed and abused a phenomenal scope of power. But why did this ancient dark-robed special service emerge?

Uncompromising, ruthless, and eternally loyal to the tsar, they terrorized the entire country and even had the final say over the courts. Severed dog’s heads hung from their steads’ necks and they sported outfits that resembled monk’s dark robes. Everyone feared them, from the poor to the nobility.

State within a state

When Andrey Kurbsky, a military leader of noble origin and Ivan's most intimate friend, betrayed him in 1564, the latter made an unprecedented step. He left Moscow while Russia was waging war with Lithuania, and after a quick prayer, the tsar rallied his family - packed the state treasury and departed the Kremlin without a word.

A Boyar's Execution During the Reign of Tsar Ivan the Terrible. Vasily Vladimirov. 1906. / Legion Media

He traveled 123 km outside Moscow and entombed himself and his loved ones in the Alexandrov Kremlin, a fortress that served as a royal residence. This bold move followed a huge fallout with Russia’s political elite and the brutal leader had reason to fear for both his grip on power and his life - but fleeing Moscow later proved to be a bad move.

Panic ensued in the capital. People were terrified that the country was perched on the precipice, doomed even, without the monarch occupying his seat. Crowds flocked outside Alexandrov Kremlin demanding that Ivan return to Moscow and put an end to the anarchy that was wreaking havoc in the capital.

One month later, Ivan returned to Moscow with an ultimatum: He would continue to reign, but the country would be split into two. One half would be completely owned by the tsar and his personally picked guard force, theoprichnina- and the other half by boyars and knyaz (the elite), as in the past. All the other classes would continue with their own life, and would only be made privy to the monarch's internal affairs in extraordinary circumstances.

Members of the oprichnina were picked from the low classes, the main criteria being that they had no links to any of the noble dynasties. Each member, or oprichnik, pledged allegiance to the tsar and vowed to live according to a special code: Namely, to abstain from eating, drinking, or keeping company with anyone who was not a member of the oprichnina. Should a member breach these rules, both himself and the other person would be executed. 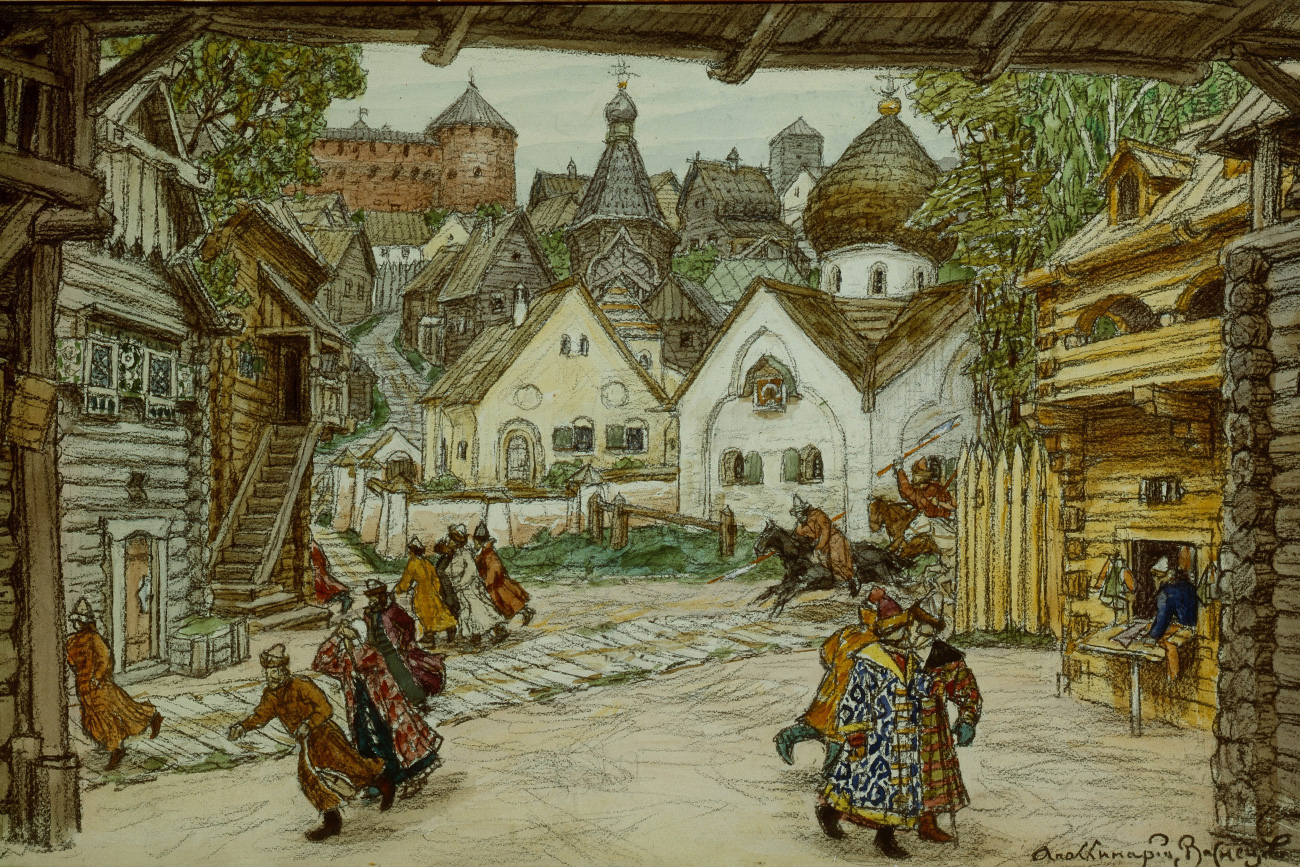 Members of the oprichnina lived in a separate part of the city, in several central districts of Moscow (around Stary Arbat and Nikitskaya Street). Ivan unceremoniously ousted the former tenants to house his loyal guard, with people literally being “thrown out onto the thoroughfare together with their wives and children, and were sometimes forced to trudge to their new places of abode on foot, begging for food along the way.” After taking control of the district, the ruthless ruler ordered the construction of a new palace surrounded by tall walls.

The monarch's personal guard, which was 1,000-strong, eventually grew to 6,000 men. The ominous symbol of the oprichnina was a severed dog’s head - and broom - tied to their horses. This signified their loyalty to the tsar and their readiness to tear any “enemy” of Russia to pieces with the ferocity of a dog and “sweep” them out of the country.

Executions in accordance with the tsar's will

The political rationale behind the oprichnina was to prevent dissent in the country and retain control. It was at that time that the term “crime against the sovereign” first emerged as an actual ground for reprisals (legislatively it started being used only in 1649). 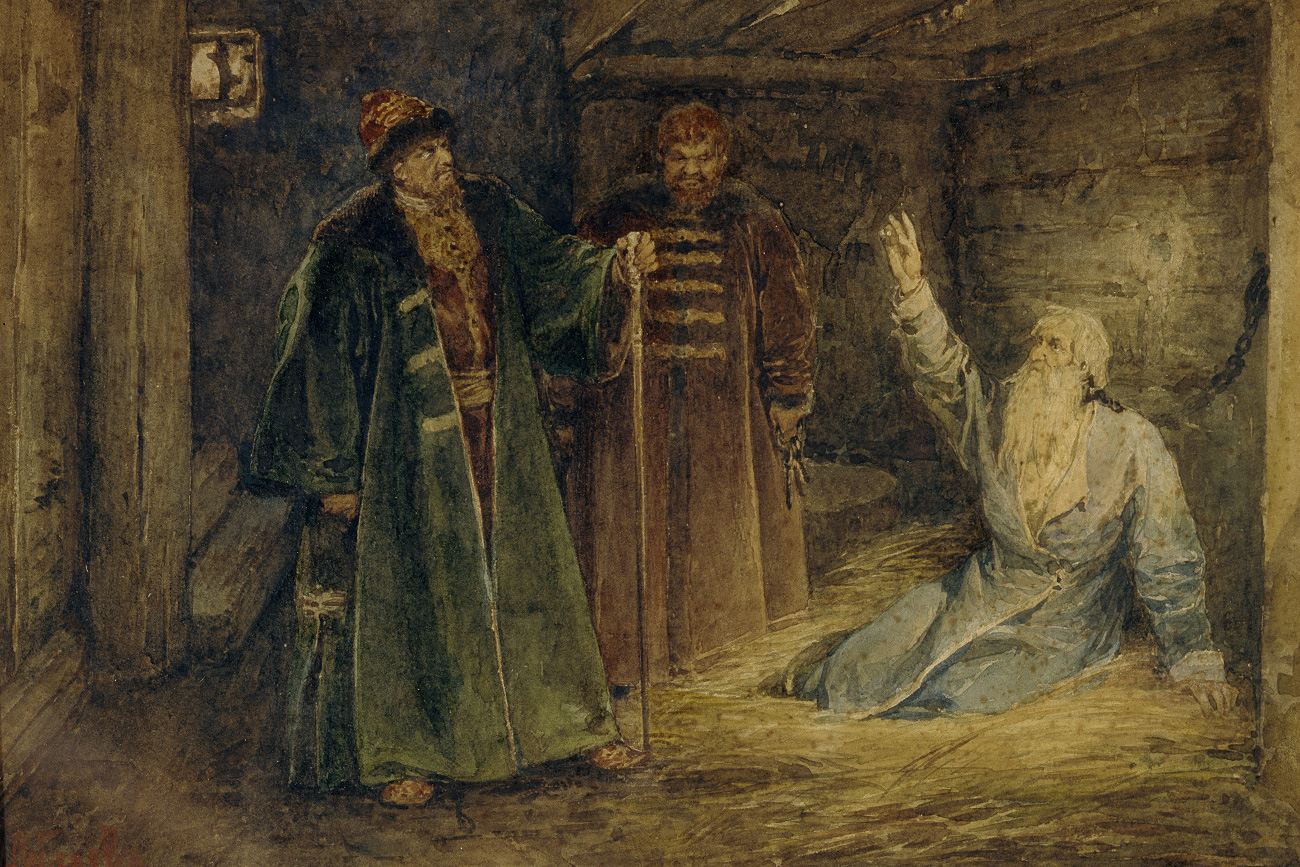 The Chronicle of Novgorod reads that members of the oprichnina conducted mass executions, robbed, and looted people. In 1570, the  oprichnina accused all the Novgorod nobility of treason against the tsar. “The accusation was patently absurd and controversial,” historian Vladimir Kobrin believes. Nevertheless, the noble people of Novgorod were executed, as were several hundred residents. They were doused with flammable liquid, set on fire, and thrown into the Moskva River while still alive before being finished off by men in boats.

Ivan the Terrible's legal code made the death penalty one of the most frequent punishments. Sometimes, however, an oprichnik's word was enough. After the execution the oprichnik claimed the entire property of the “traitor,” and the most active ones would be generously rewarded. “The sovereign's will is the law and a mystery,” says the main character of Vladimir Sorokin's novel “Day of the Oprichnik,” which tells the story of the  tsar’s favorite personal guard, Malyuta Skuratov. 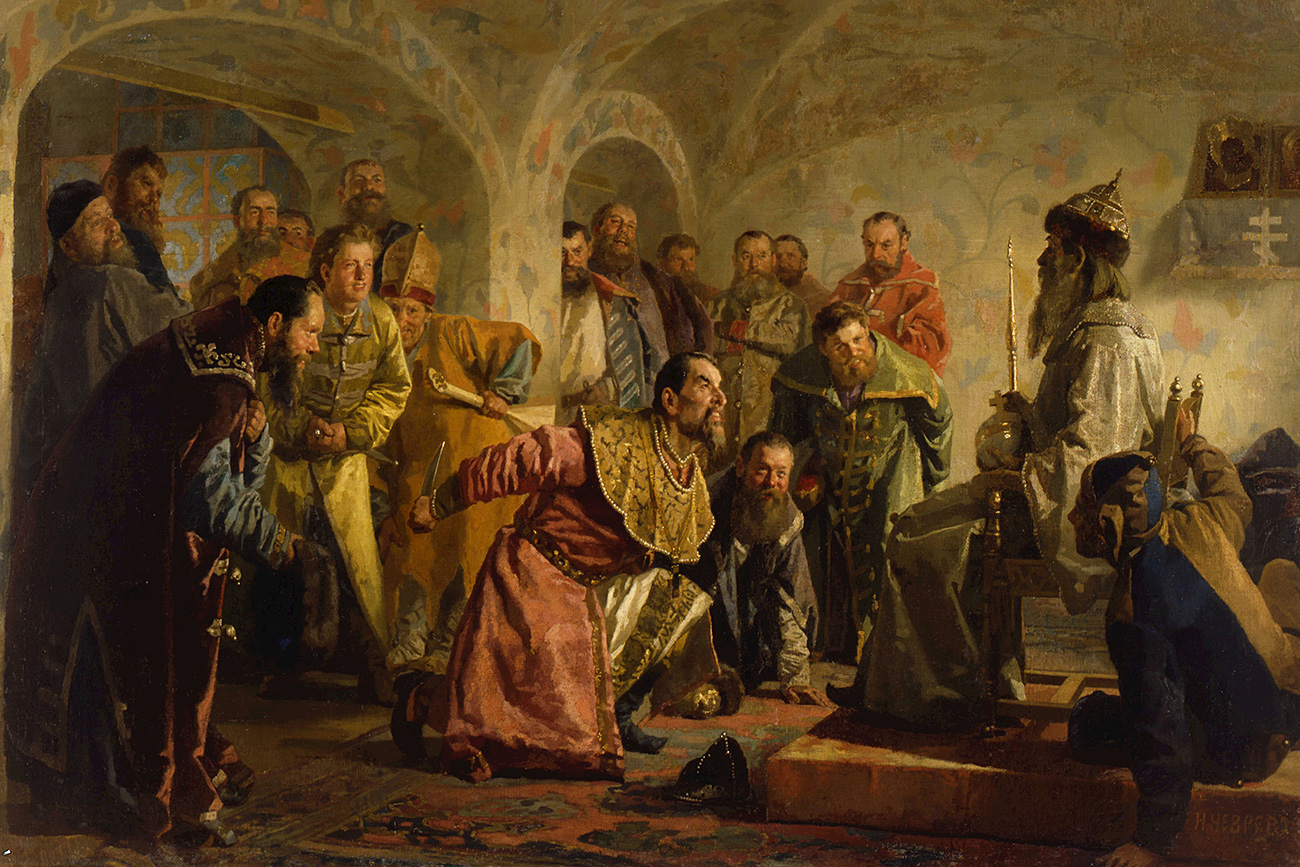 The Oprichnina at the Court of Ivan IV. Nikolai Nevrev. / Legion Media

Little wonder then, that nobody assessed the persuasiveness of evidence submitted in support of executions “in accordance with the sovereign's will”; some accusations were downright fictitious.

The oprichnina eventually weakened to the extent that they could not defend against external enemies. One year after the devastation of Novgorod in 1571, the Crimean khan attacked Moscow. The oprichnina barely managed to defend the throne so Ivan the Terrible disbanded them and did what he did best: Executed its senior officers.

What would have happened if Instagram had appeared in Russia many centuries ago?

Struggling with the facts: How terrible was Stalin’s Terror?