10 most common questions about Russian history 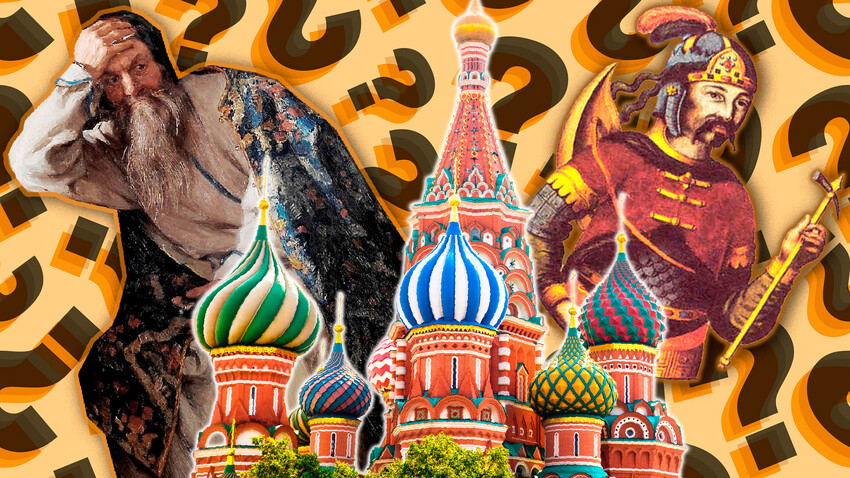 Russia Beyond (Klavdiy Lebedev / Public Domain; Legion Media; "Tsarskiy Titul'arnik" / Public Domain)
Ready, compact answers for your quick reference on the most important points and events in the history of Russia.

1. Why is Russia called Russia? 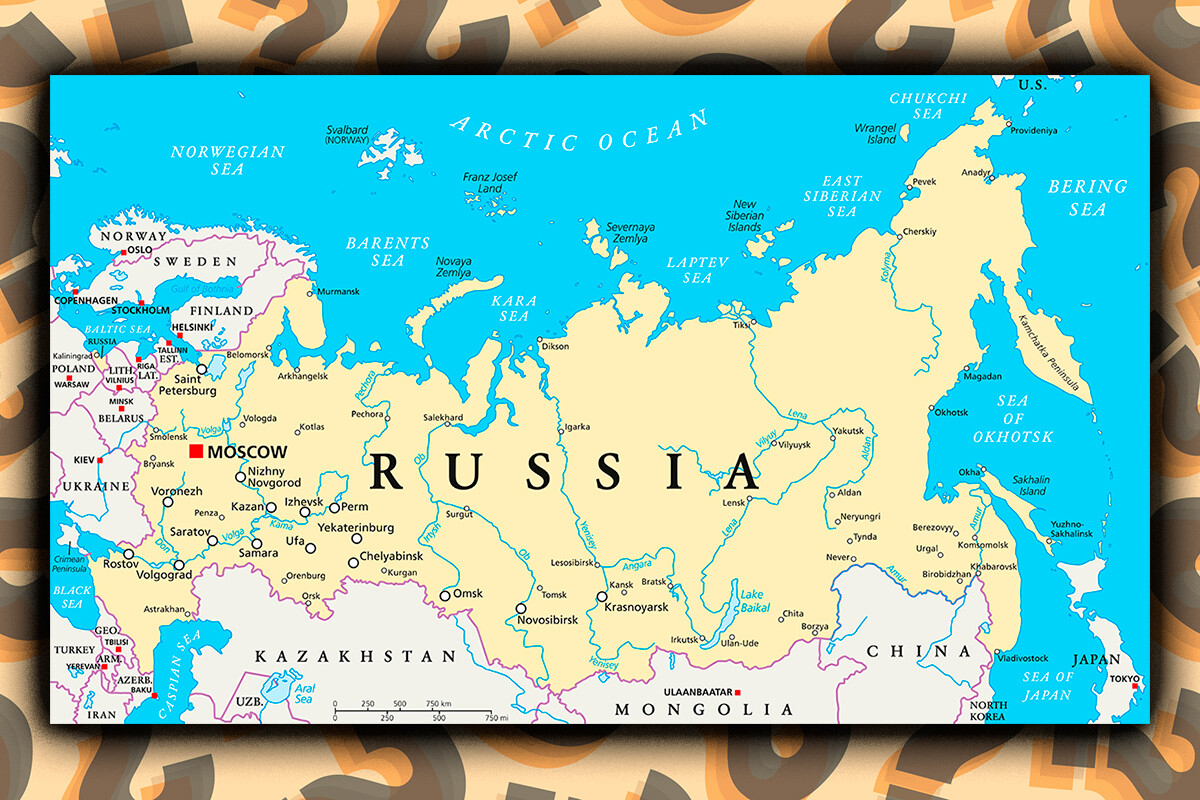 2. Who was the first Russian ruler? 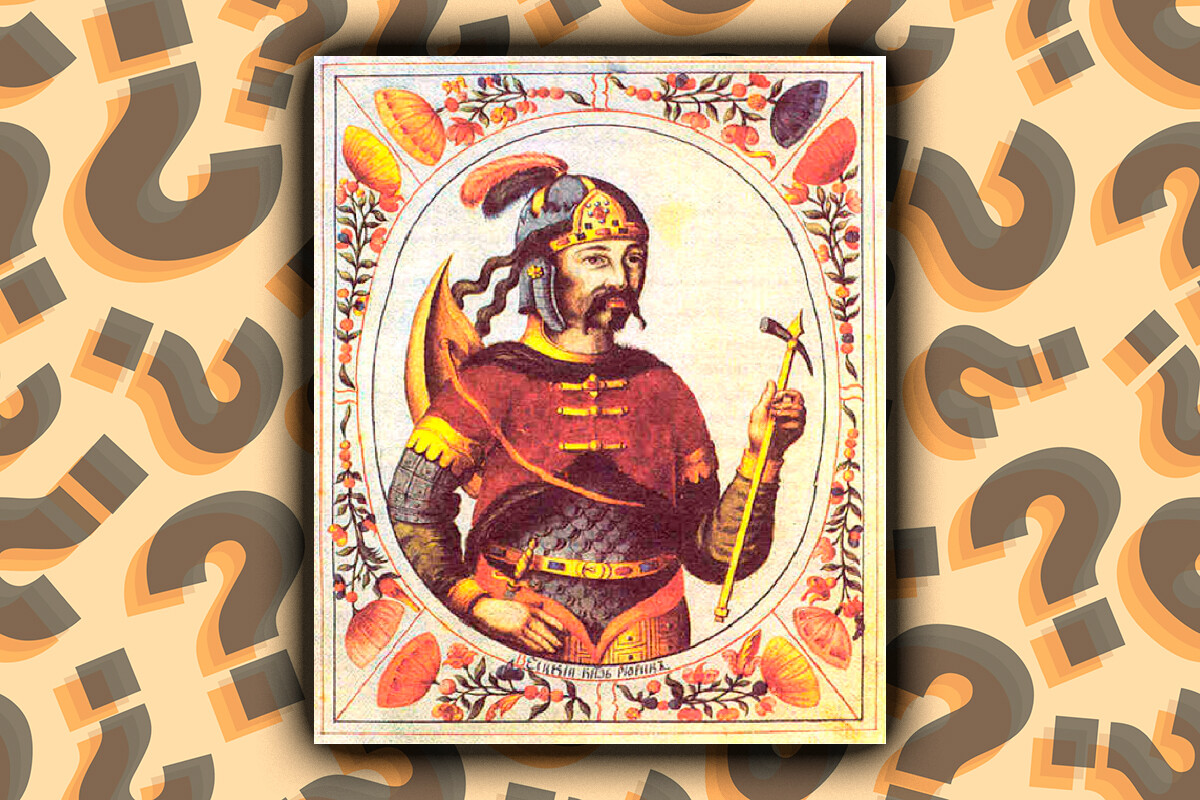 Rurik, a Varangian prince, is believed to have been the first prince who was invited to rule the city of Novgorod, Russia, in around 862. Although Rurik is a semi-legendary figure (and there could have actually been several people associated with this name), he is considered the founder of the Rurikid dynasty. Rurikid princes ruled various parts of Russia and warred with each other until the power was consolidated in Moscow.

3. Why did the Mongol-Tatar invasion happen? 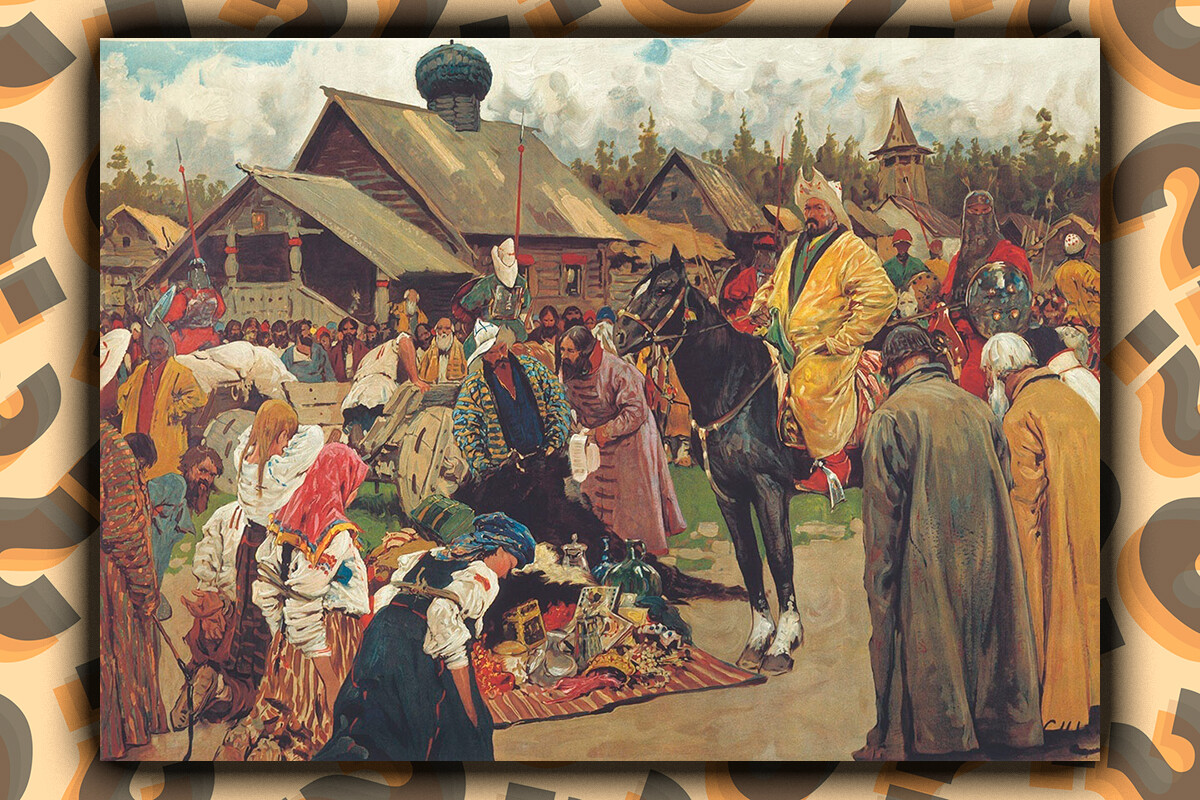 The so-called Mongol-Tatar invasion of the Russian lands started in the 13th century as a part of the total conquest the Mongol Empire, headed by Gengnis Khan, waged on the world known to them. The Mongol Empire’s vast professional army conquered the lands from China to contemporary Hungary, including the Russian duchies. The Mongols taxed the Russian princes with tributes and deprived them from political independence.

However, soon, the Mongol Empire crumbled and Russian lands eventually became subject to the Golden Horde, one of Mongol Empire’s remains. In the 14th century, Russian princes started opposing the Horde and, in 1380, in the Battle of Kulikovo, first defeated the Horde’s armed forces. A century later, in 1480, the dependence to the Horde ended with the Battle of Ugra.

4. Who was the first Russian tsar? 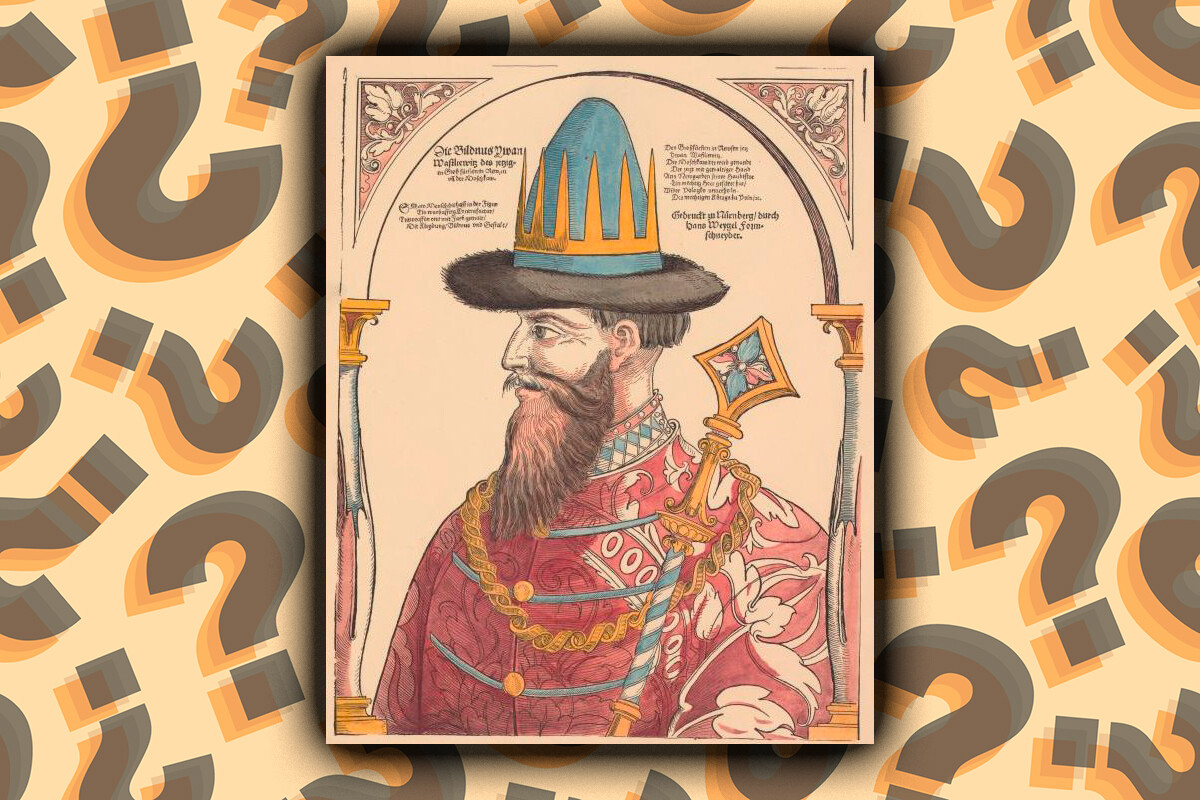 Ivan IV the Terrible, a drawing from the second half of the 16th century

Ivan IV Vasilyevich, also known as Ivan the Terrible, was the first Grand Prince of Moscow to be crowned and anointed to tsardom. The word ‘tsar’ is derived from the Latin title for Roman emperors – ‘Caesar’. It appears in Old East Slavonic in the 11th century. It was used to refer to Biblical and ancient kings, the Byzantine Emperor and the Khans of the Golden Horde.

Constantinople was captured by the Ottomans in 1453, meaning there was no Byzantine ‘tsar’ anymore and, in 1480, the Golden Horde was put back in the Battle of Ugra. The Moscow state became independent and its ruler became sovereign. In the eyes of Russians, such a ruler could be called a tsar. In 1547, Ivan Vasilyevich, son of Grand Prince of Moscow Vasiliy III, was crowned as the first tsar of All Rus’.

5. How many ruling dynasties were there in Russia? 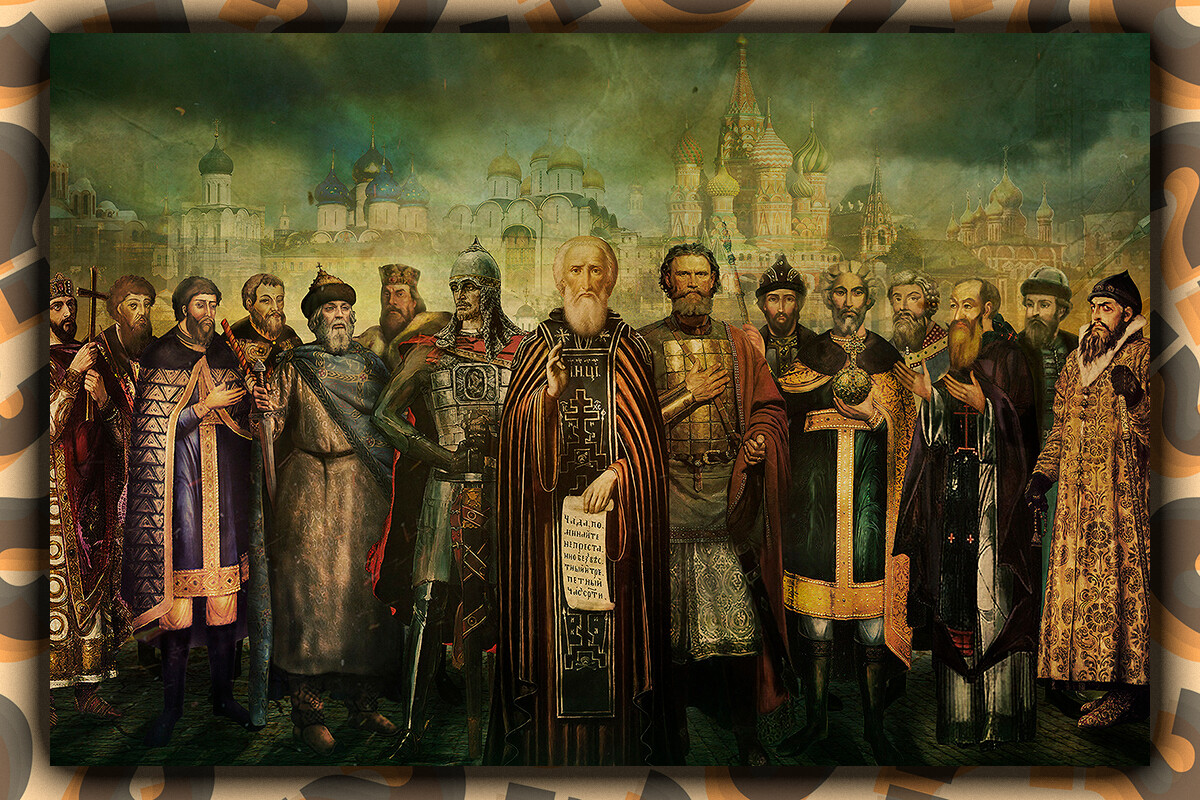 There were only two. The Rurikid dynasty ended its rule in the 16th century, when tsar Fyodor Ioannovich (Ivan the Terrible’s son) and his wife Irina Godunova didn’t produce an heir to the throne. The dynastic crisis, known as the Time of Troubles, followed. Several tsars ruled Russia for short periods – Boris Godunov, False Dmitry I, as well as Vasiliy Shuysky. However, only Shuysky was a Rurikid and, after his death, Russia had no Rurikid princes who could take the throne.

After the Time of Troubles, Russians summoned the Zemsky Sobor (‘Assembly of the Land’), a kind of pop-up parliament of the time, to elect a new tsar. However, the choice was already made by the ruling elites beforehand. The new tsar, Mikhail Fyodorovich Romanov, was a distant relative of Fyodor Ioannovich. He started the Romanov dynasty, which ended its rule in 1917 with the abdication of the last tsar, Nicholas II.

6. Why did Moscow become the capital of Russia? 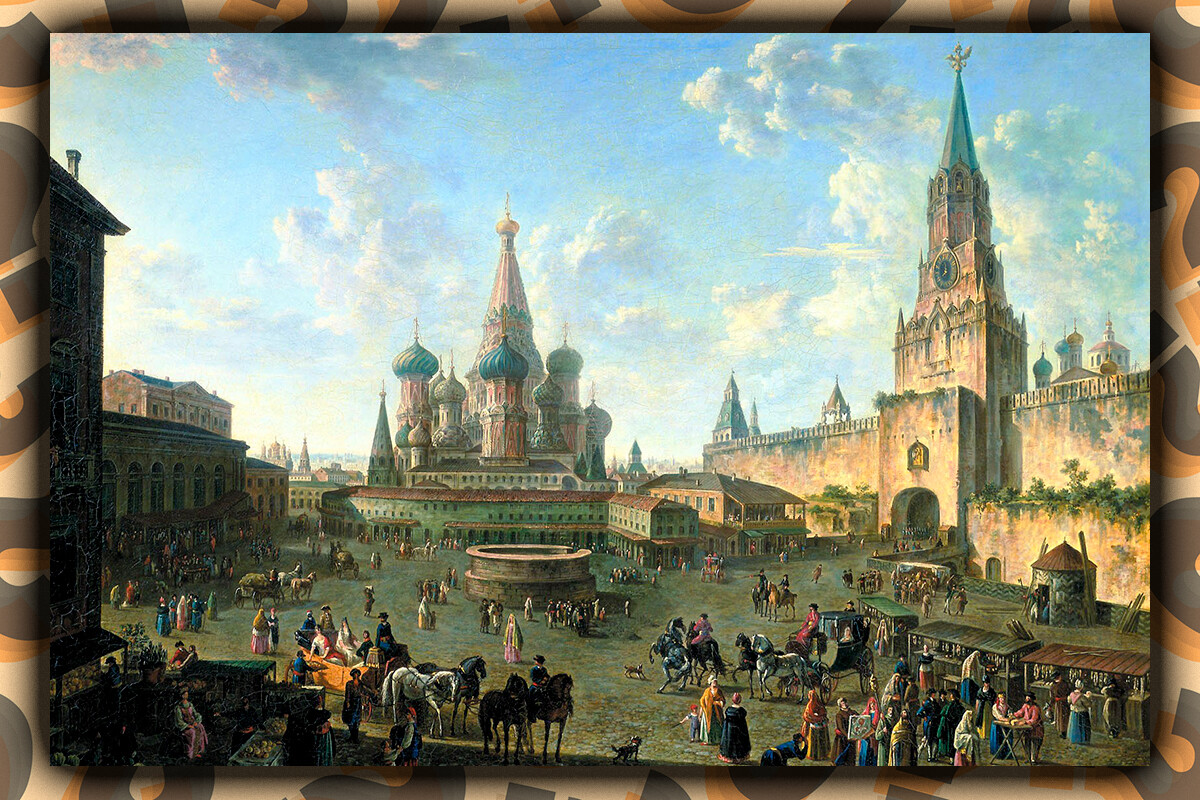 The Red Square in Moscow, 1801, by Fedor Alekseev

Moscow was already a fortress and trading hub in the 12th century, thanks to its location – relatively close to Volga, the main trading and transport artery of Russia in the Middle Ages. The lands of the North-Eastern Russia, including Moscow, Vladimir, Suzdal, were relatively unharmed during the Mongol-Tatar invasion, which crushed the Kievan Rus’ and the duchies of Southern Russia. This is why, after the 13th century, Moscow became stronger and stronger. In the 14th century, the Moscow princes managed to surpass all other Rurikid princes and become Grand Princes of Vladimir and Moscow.

Prince Dmitry Donskoy, who defeated the Tatars in the Battle of Kulikovo, was a Moscow prince. In 1389, Vladimir, the town that was considered the “main” Russian city, was assigned to the princes of Moscow as their hereditary property. From then on, Moscow was considered the main city of the Russian land. When the Russian land became independent from the Golden Horde in the 15th century, the Moscow princes became its rulers and when, in 1547, Ivan the Terrible was crowned as a tsar, the state was named the Moscow Tsardom.

7. Why was the capital moved to St. Petersburg? 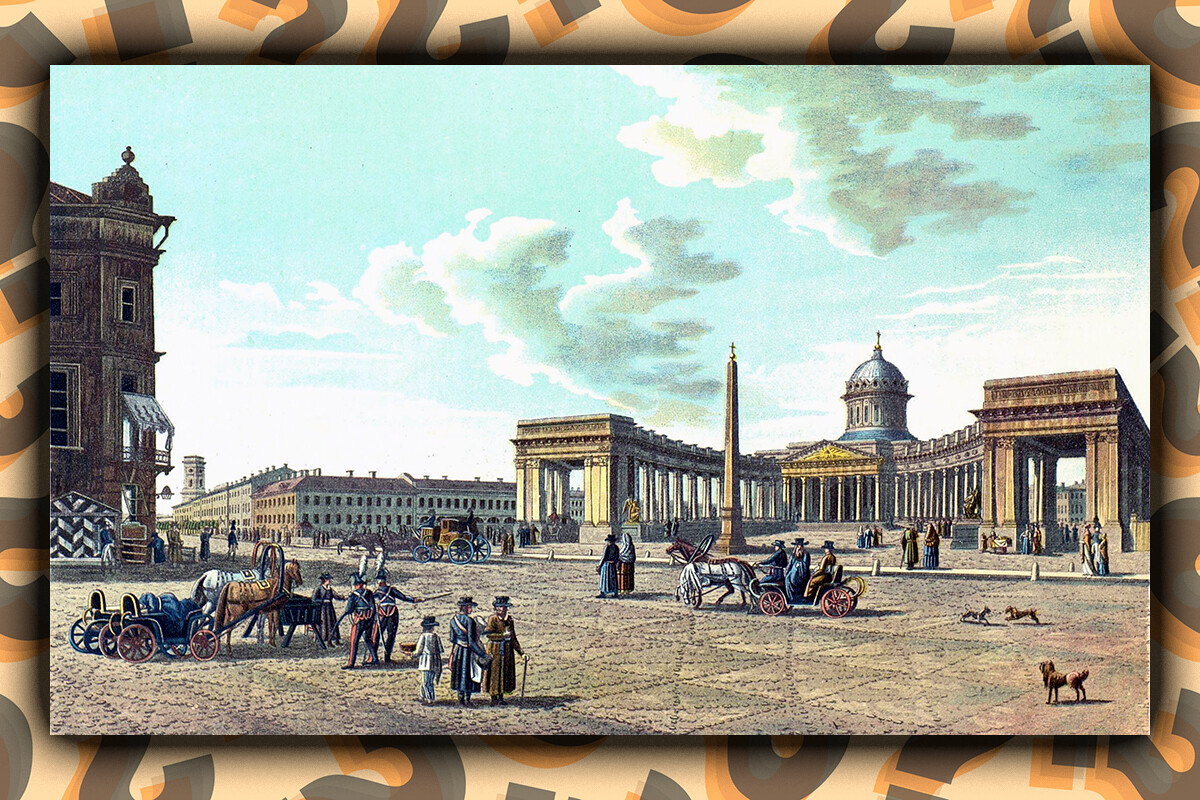 The Kazansky cathedral in St. Petersburg, 1821

The capital was moved from Moscow to St. Petersburg in 1712 by Peter the Great. Peter waged war against Sweden for access to the Baltic Sea – the Northern War (1700-1721) and, in the course of this war, Russia managed to get hold of the lands belonging to Sweden – the contemporary St. Petersburg region.

Peter founded St. Petersburg as a capital city on the banks of the Baltic Sea – because Moscow was too deep inside the Russian lands to ensure fast and safe trade and maintain political relations with Europe. Peter wanted his foreign guests to arrive faster, by sea. Also, Peter didn’t like the traditional, largely Asian, planning and architecture of Moscow. He wanted his new capital to look more European. Peter invited all of his ruling elite to St. Petersburg by transferring the royal court there in 1712.

8. Why are Moscow and St. Petersburg still called “the two capitals” 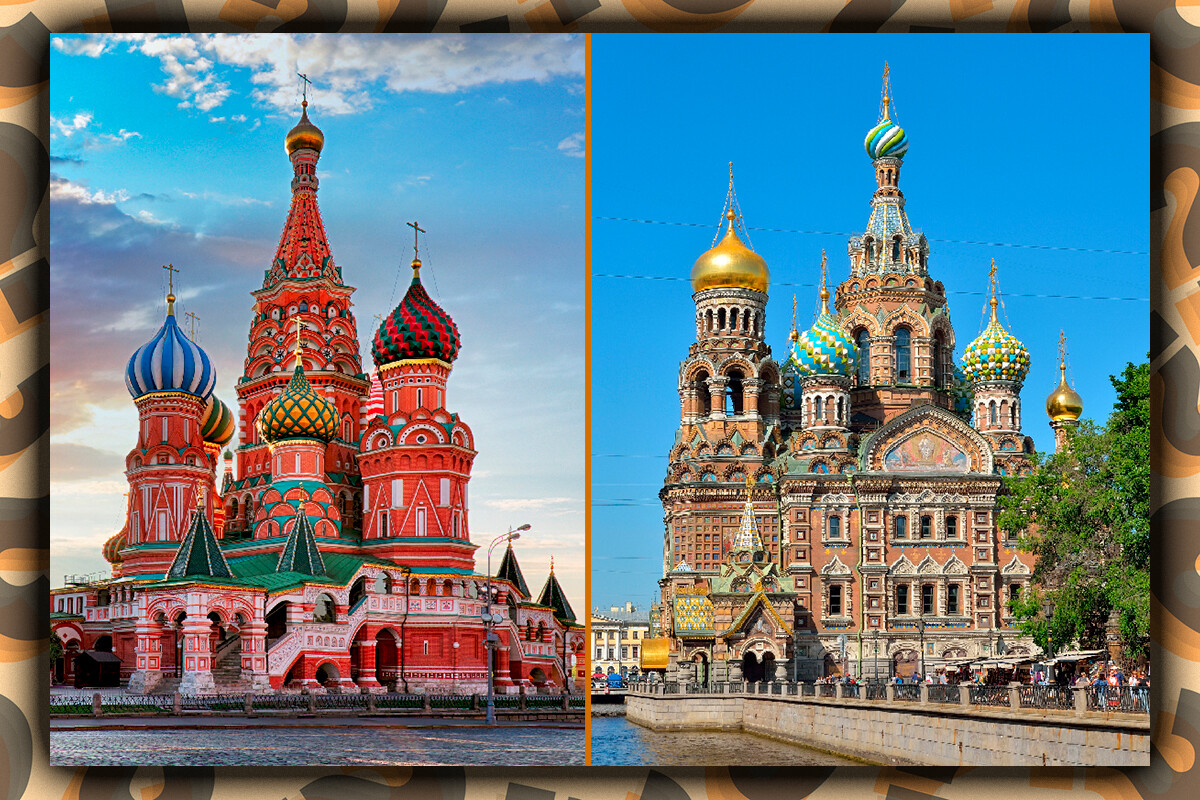 The St. Basil Cathedral, Moscow / The Cathedral of Saviour on the Blood, St. Petersburg

Notwithstanding the short period between 1728 and 1732, when the capital (and the court) moved back to Moscow, St. Petersburg stayed the capital until 1918. However, to be crowned, the Russian tsars still traveled to Moscow’s Dormition Cathedral, so Moscow retained the title of the ‘Old Capital’.

When Moscow became the capital again in 1918 under the Bolsheviks, Petersburg (which was renamed to Petrograd and, after Lenin’s death in 1924, to Leningrad) became known as the ‘Northern Capital’.

9. How was the Russian ruler called? Prince, tsar, emperor? 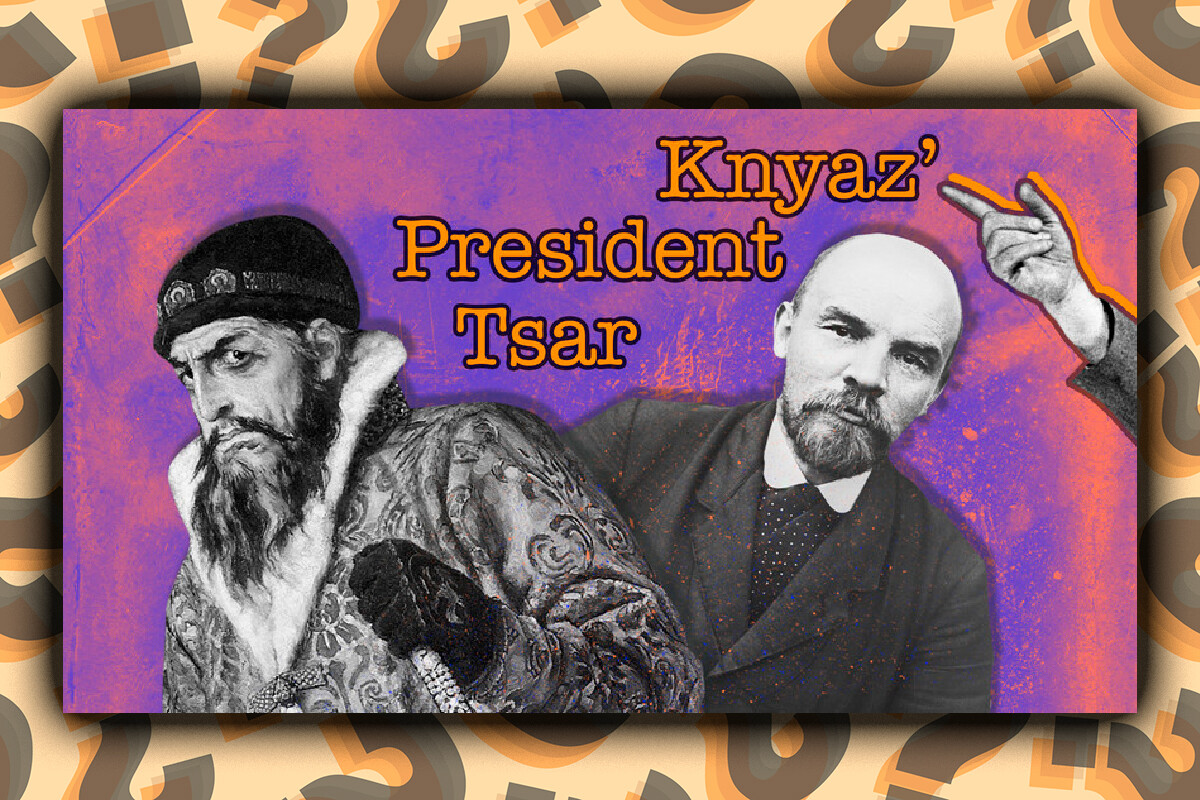 The first known ruler of Russian lands, Rurik, is traditionally called a ‘prince’, just as all other known rulers after him. Lack of historical sources prevents us from understanding who was really the first prince in Russia and if there were other princely dynasties besides the Rurikids.

However, by the time the Mongol-Tatar invasion ended, the ruler of the Russian lands was called ‘Grand Prince of Moscow’. After 1547, Russia was headed by the tsar of Moscow and All Rus’. In 1721, after the victory in the Northern War, the Governing Senate of Russia presented tsar Peter with the title of Emperor and the Russian Empire was created.

10. Who ruled Russia the longest? 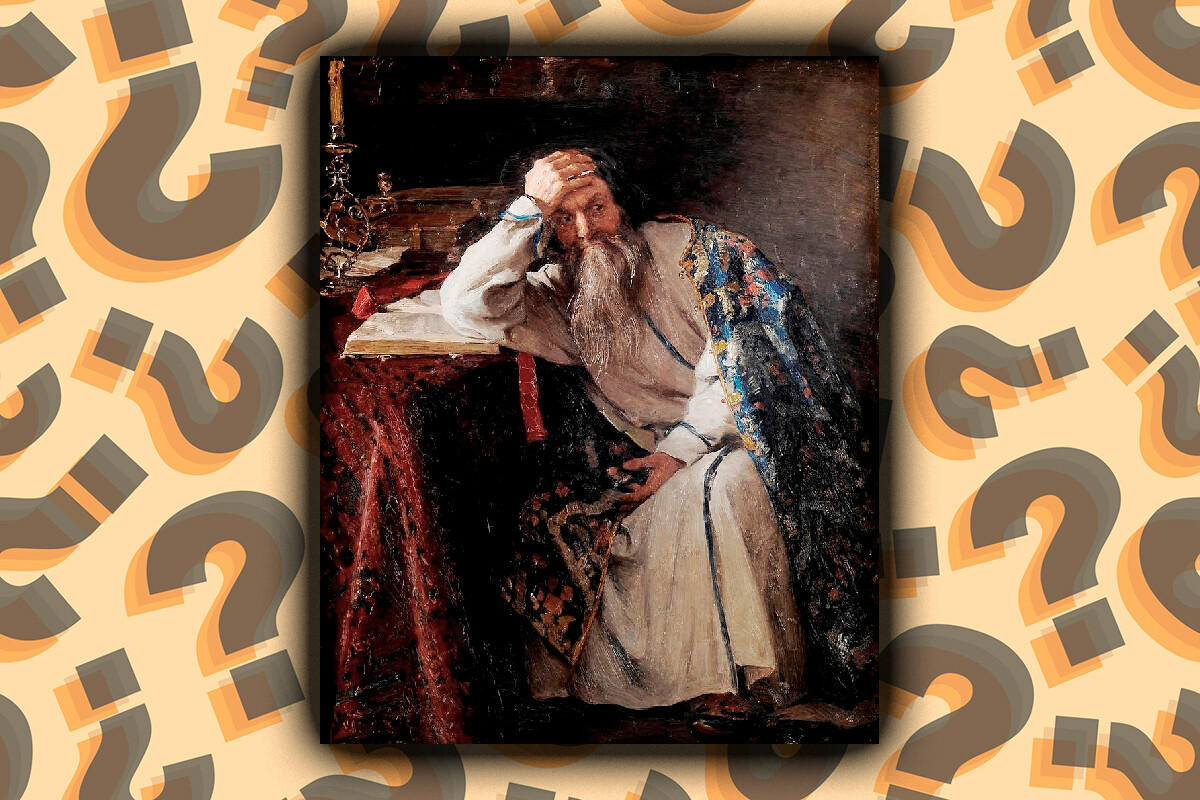 The longest-ruling Russian tsar was the first Russian tsar, Ivan the Terrible (1530-1584). On paper, he became Grand Prince of Moscow in 1533 at only three, after the death of his father Vasily III of Moscow. Until 1547, he ruled only formally, with most decisions being taken by the boyar aristocracy. In 1547, aged 16, he was crowned as the tsar of All Rus’ and his real reign began.

Ivan died in 1584, aged 54. He still remains the longest-ruling Russian leader, having ruled the country for 50 years and 3 months.