‘The first Russian ruler’ – a real person or a myth? 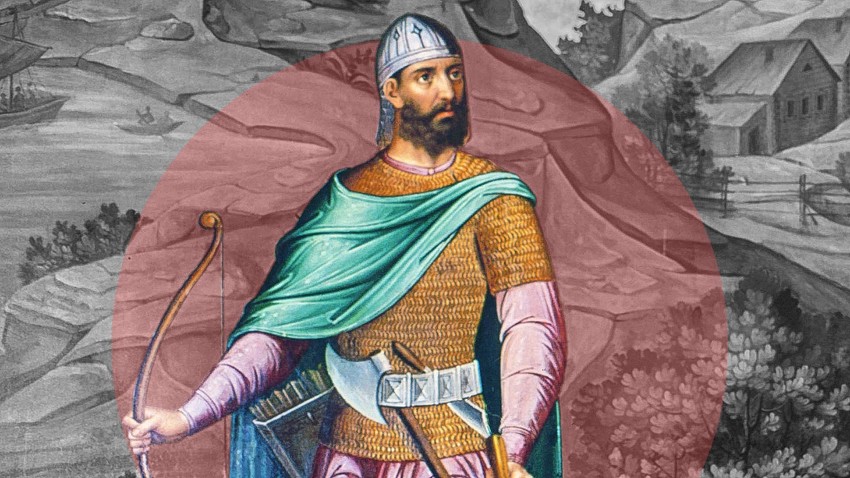 Rurik, a fictional depiction in the Palace of Facets, Moscow Kremlin.

Mikhail Kuleshov/Sputnik
So little is known about Rurik, the progenitor of the Russian Rurikid dynasty, that it’s still debated whether he was a real historical figure.

The earliest mention of Rurik is found in the Primary Chronicle (or the ‘Tale of Bygone Years’ in Russian tradition), the earliest surviving Russian letopis’ (‘chronicle’). But the catch is that the chronicle was written in the 12th century, about 150-200 years after Rurik’s death. The scarcity of information is the reason why discussions about Rurik are still going on to the present day. 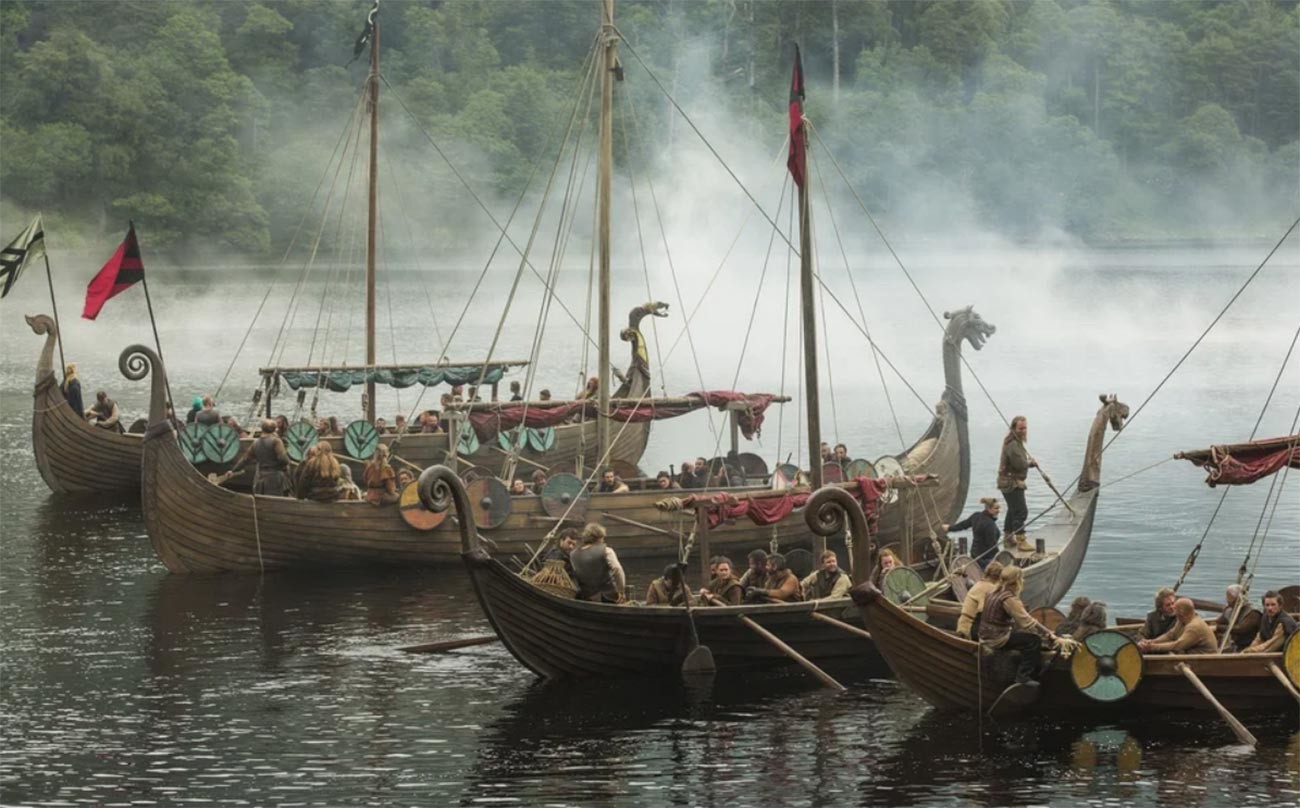 The 8th-11th centuries in Europe were known as the ‘Age of Vikings,’ when Norman (North European) konungs (chieftains) sieged, plundered and taxed European cities, towns, and states. By the 11th century, Norman settlements had existed in Northern America as well. It was during this age – as the Chronicle states, in 862 – that a varyag (Varangian) called Rurik, and his brothers (or associates) Sineus and Truvor, were summoned to the Russian lands by different Slavic tribes inhabiting the lands around Novgorod.

According to the Primary Chronicle, the message the Slavic people sent to the Varangians was: “Our land is great and rich, but there is no order in it. Come to rule and reign over us." Rurik then arrived in Novgorod and became its ruler, while his ‘brothers’ sat in Beloozero (Sineus) and Izborsk (Truvor). After Rurik’s brothers died, he became the sole ruler of these lands until his own death in 879, when the power then passed to Oleg the Prophet. And so the Rurikid dynasty began.

But did this ever happen in reality? We’ll present both sides of the argument – from historians who think Rurik was a real konung, and those who argue that he never existed.

Rurik was a real historical figure 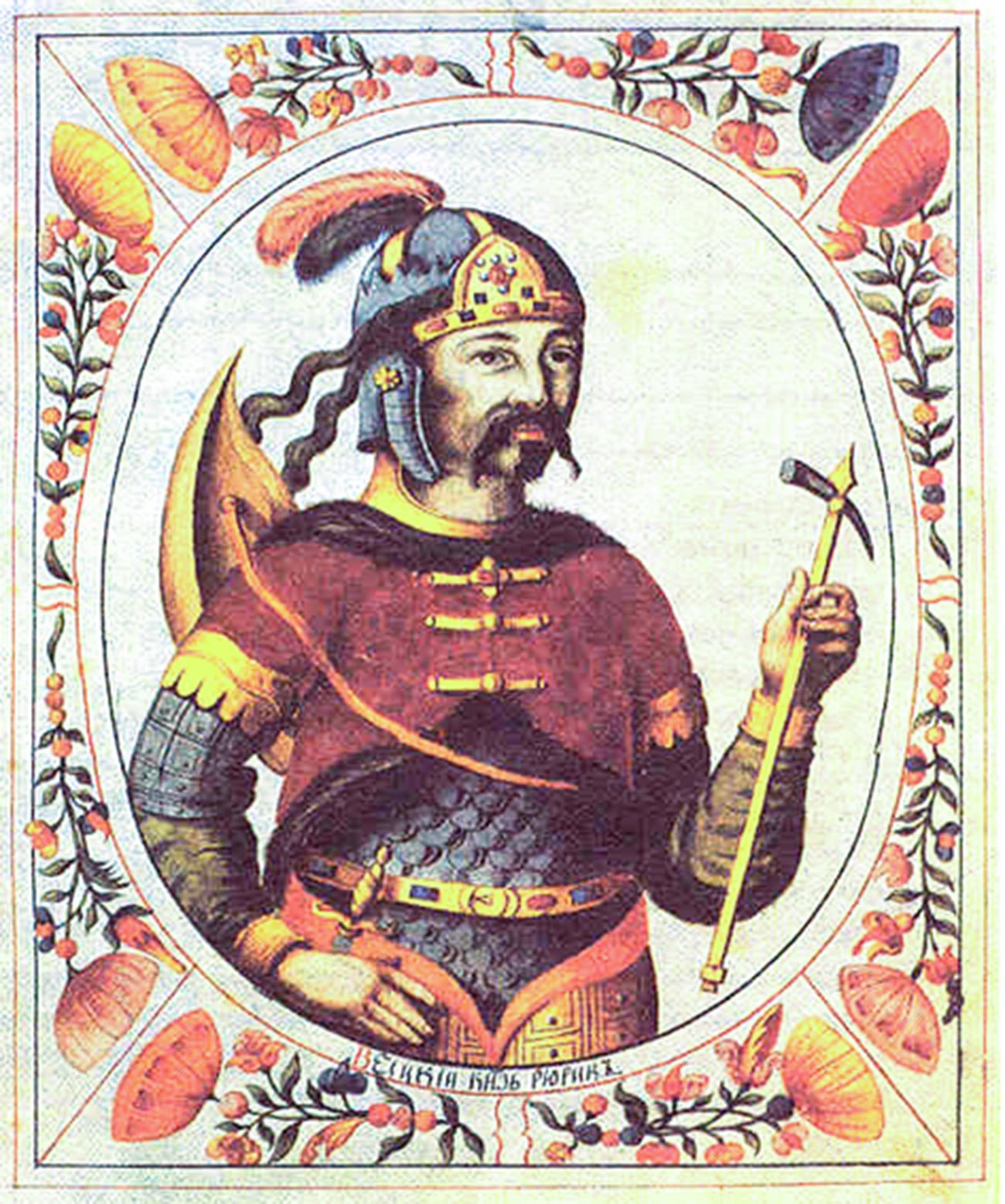 Rurik, a fictional portrait dating back to the 17th century.

Supporters of the so-called ‘Norman theory’ argue that Rurik was a real historical figure, a Norman chieftain who stood at the foundation of the future Russian state. Historian Evgeny Pchelov, the leading supporter of the Norman theory, and the author of Rurik’s scientific biography, argues that the varyags (Varangians) of the Russian chronicles were Normans, i.e. Scandinavian chieftains, and that Rurik was definitely one of them.

He also notes that in the early 16th century, Spiridon, the Metropolitan of Kiev, traced the pedigree of the Moscow Grand Princes to Rurik, while also claiming that Rurik was a descendant of some relative of Caesar Augustus (63 BC – 14 AD), the Roman Emperor. Thus, the Grand Princes of Moscow were to be treated as descendants of Augustus, and therefore - royalty. So, for the state of Muscovy, the reality of Rurik was an ideological base of their reign. But are there enough sources to prove that Rurik really existed? 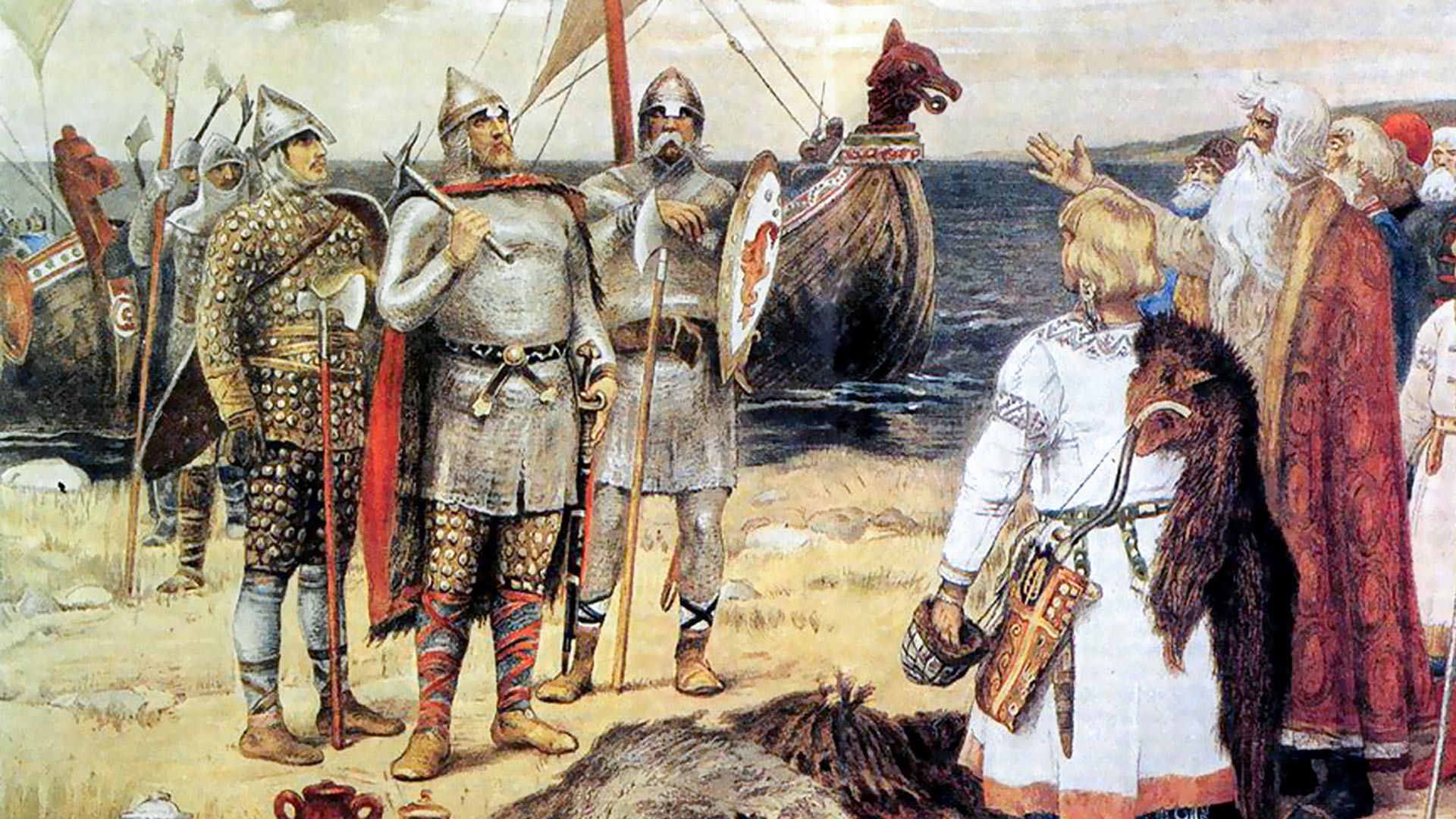 Archaeological evidence proves that in the 9th century, when Rurik supposedly lived (his death, according to the chronicles, happened in 879), the lands of Northern Russia – Novgorod, Pskov, Izborsk and other cities – indeed were under strong influence of Scandinavian Varangian tribes, and were involved in trade with them. Earliest Russian names, such as Oleg, Gleb, Igor, Rogneda and others, have Scandinavian roots, and the very word ”Rus’,” that later became the root of the name ‘Russians,’ was the name of the kin that Rurik belonged to, according to the Primary Chronicle.

Many renowned Russian historians, including Georgy Vernadsky (1887-1973), Boris Rybakov (1908-2001) and others, claimed that the Rurik that came to Russia was known in Europe as Rorik of Dorestad (810-880), a Danish Viking, who conquered the lands of Jutland (now, known as the Cimbrian Peninsula), ruled over the medieval town of Dorestad, briefly held Dutch lands, including Utrecht, and in his later years came to the lands of Novgorod and taxed Slavic tribes in exchange for protection. 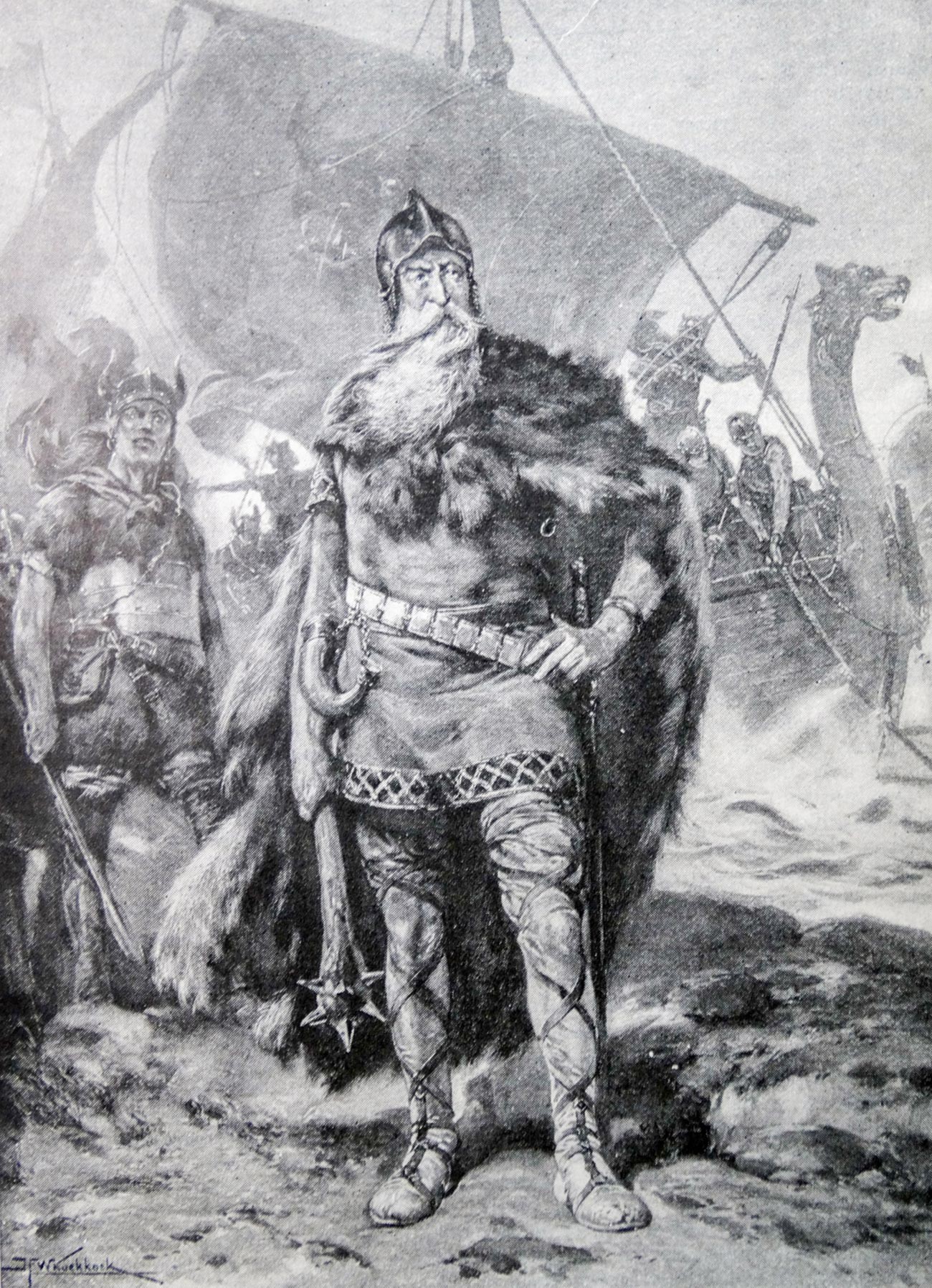 As another renowned Russian historian of the Middle Ages, Anton Gorsky, notes, in some Byzantine chronicles, Russian people are referred to as “the people hailing from the Franks (a Germanic people),” which hints at the possibility of Rurik of Novgorod and Rorik of Dorestad being the same person. However, there is no certain and undisputed historical or archaeological evidence of Rurik’s existence, which makes many historians doubt it.

Rurik was a myth 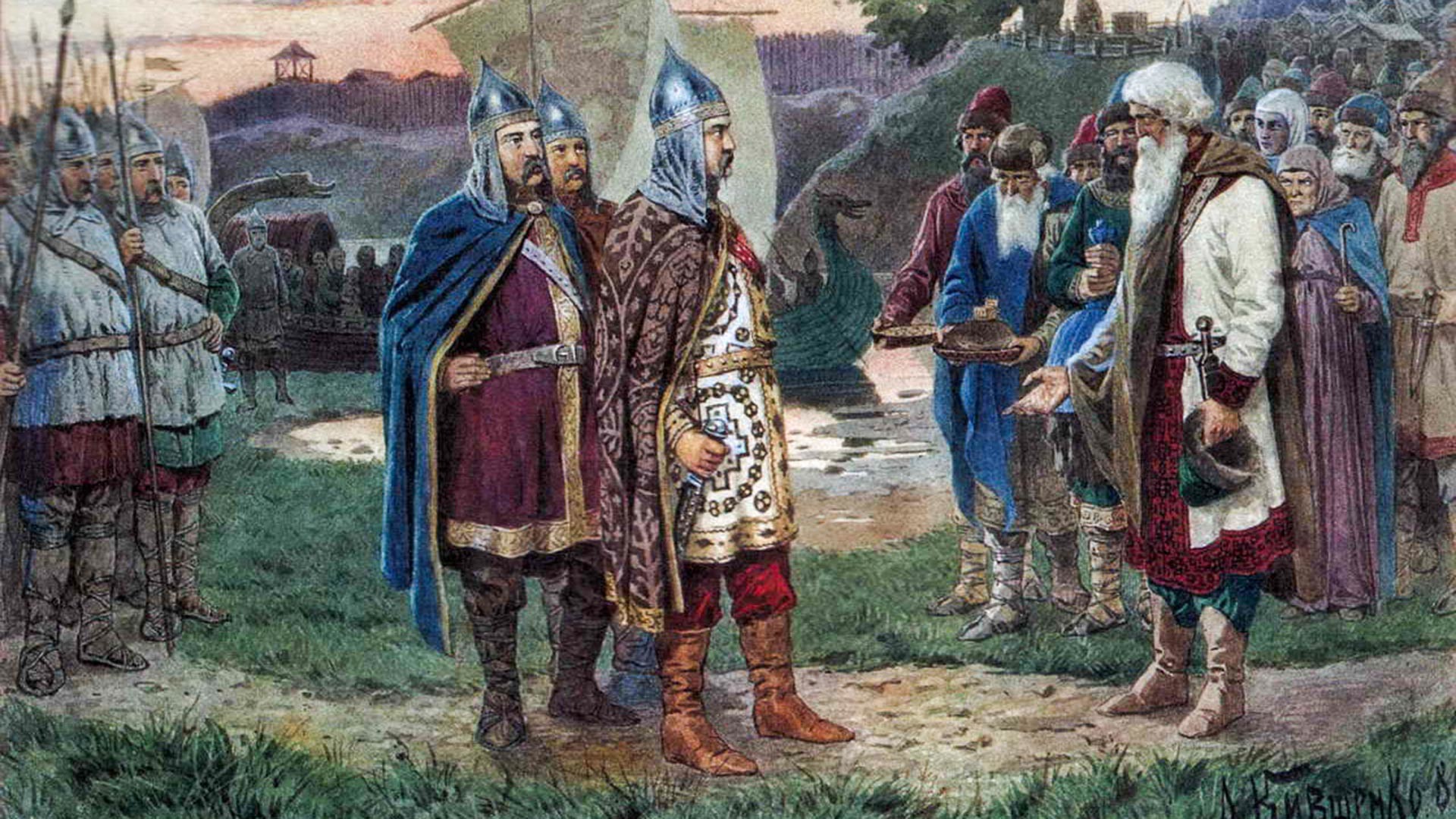 "The summoning of the Varangians," by Aleksey Kivshenko

Russian historians Elena Melnikova and Vladimir Petrukhin consider the story of the summoning of the Varangians a historical myth. This legend, in their opinion, corresponds to traditional folk stories about the origins of state power and the ruling dynasty, the likes of which can be found among the ancient histories of other peoples as well.

Historian Igor Danilevsky, another renowned specialist in the history of ancient and medieval Russia, and the leading opponent of Evgeny Pchelov on the question of Rurik’s existence, says: “The legend of the summoning of Rurik is a legend, and we don’t know if it has any basis in reality at all.”

To prove his point, Danilevsky emphasizes the following fact. Widukind of Corvey (925-973), a medieval Saxon chronicler who lived a century after Rurik supposedly existed, and about a century earlier than the Primary Chronicle was created, in his chronicle – ‘The Deeds of the Saxons’, mentions the Brits addressing the Saxons with roughly the same message the Slavs sent to Varangians: “Our land is rich and fruitful, but we are constantly under attack [from other tribes].” 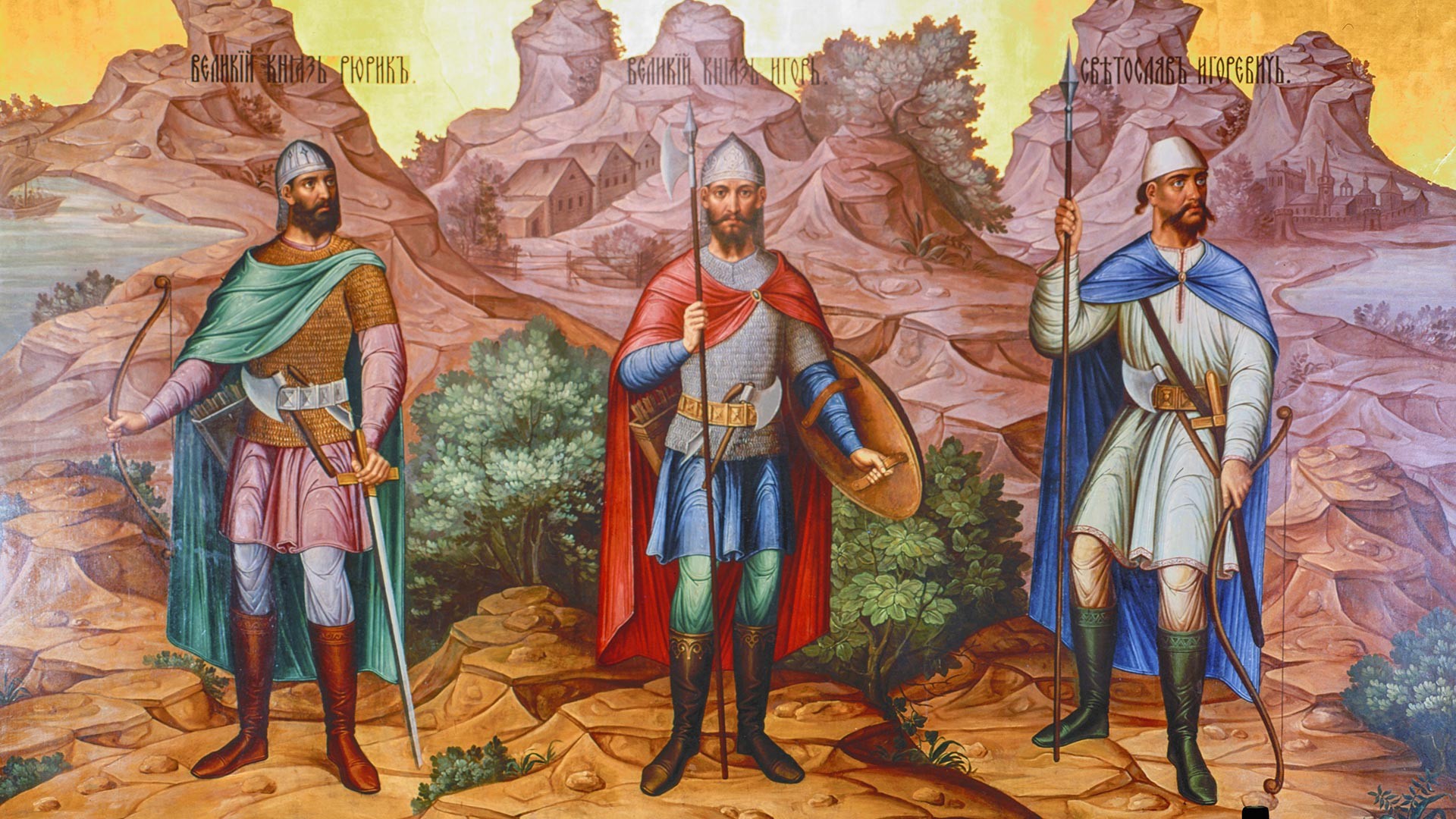 Danilevsky then argues that the chronology of the Primary Chronicle is purely fictional and was created for political reasons to ideologically support the legitimacy of the Rurikid dynasty, which, by the 11th century, was struggling to control the Russian lands – while Central European and even Eastern nomadic tribes were rivals of the Rurikids in this matter.

The discussion on the reality of Rurik as a historical figure will likely never stop among Russian historians. It’s possible that some newly discovered sources will shed new light on the matter. For now, the consensus is that some prince, maybe Rurik, indeed started the Rurikid dynasty that eventually took political power in Russia and made Moscow its capital. 862 is still considered the starting year for Russian political history. However, Russia wasn’t formed as a state in 862 - that happened much later, probably in the 15th century, under the Grand Prince of Moscow, Ivan III.