What does 'sitting' mean to Russians? 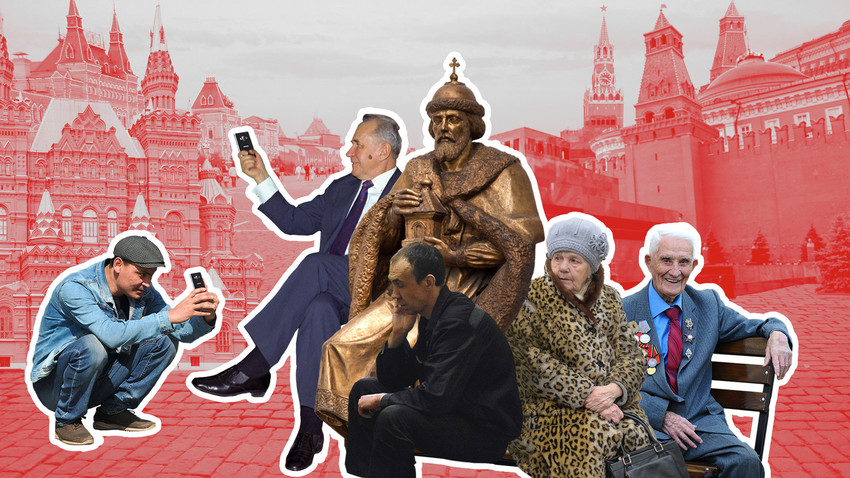 Tatiana Manaeva
In Russian, “to sit” could mean “to rule”, “to be jailed”, and even “to produce alcohol”. So how could sitting help you in your career, how was it connected to drinking and why do Russians squat?

Essentially, the English “to sit” and the Russian “сидеть” (sid-yet) are born of the same ancient word. But, due to historical circumstances, in the Russian language, the word ended up having different meanings. Quite paradoxically, these meanings actually allow us to trace the development of Russian society.

Sitting with the tsar 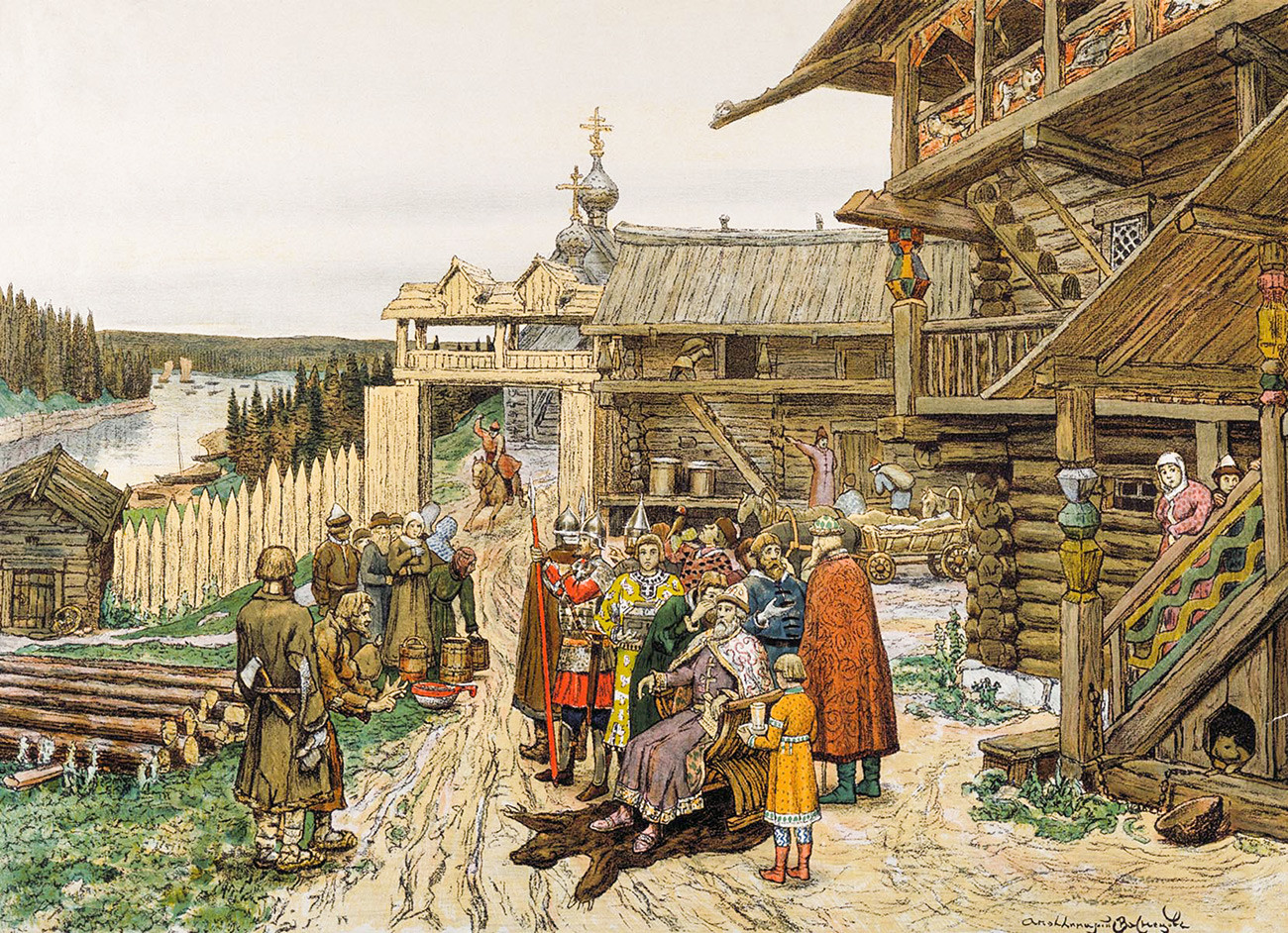 'At the court of a Russian prince' by Appolinary Vasnetsov. You can see the prince is the only person seated, which shows his status.

In the times of early Russian princes, “to sit” meant also “to govern”. When chronicles say that a prince (in Russian, “knyaz”; князь) “sat” in a town, they usually mean that he had his palace there behind protective walls, and that under the prince’s control, taxes and levies were collected. While the prince sat on his throne. And this chair, a piece of furniture meant for sitting, was considered an important sign of the prince’s power.

In the presence of the prince, special rules of sitting were applied. This began from the times of druzhina (дружина), a word which can be roughly translated as “a bunch of friends” and which means “the prince’s entourage”. The members of the druzhina closest to the prince were distinguished from lower-class members by having the right to sit with the prince at his dinner table, while the prince’s ‘best friends’ would sit next to him. 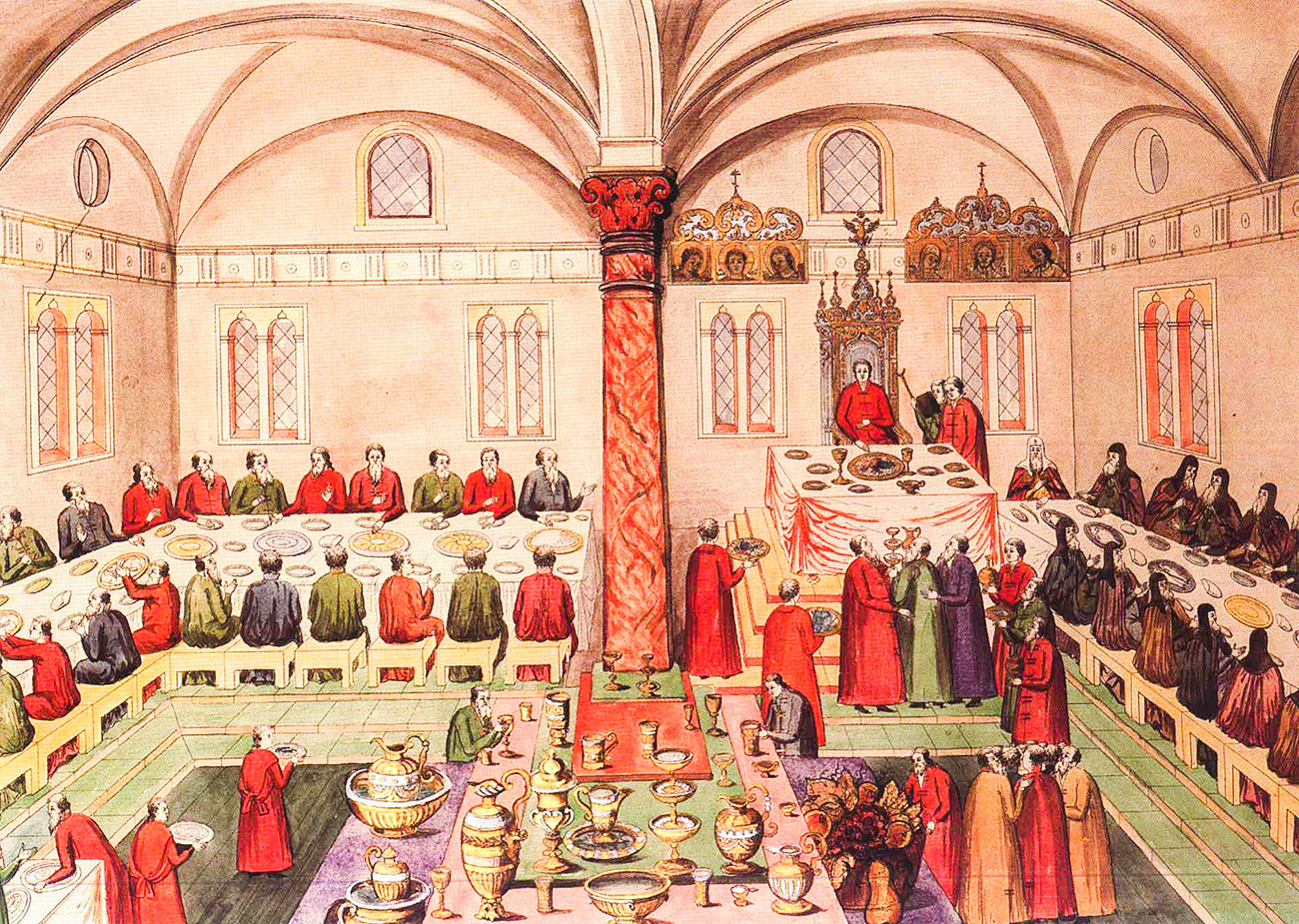 A feast in the Palace of Facets of the Moscow Kremlin, the 17th century. The order of sitting at such feasts was carefully worked out in order not to offend anyone.

This rule was carried on into the tsarist times and gained a special name, mestnichestvo. It was a complicated system of institutional seniority, based on the historical records of senior military appointments. The mestnichestvo seniority system was most visibly represented in the order of seating of the boyars at the tsar's table. Boyars would get into real fights if their rightful place was occupied; as eminent Russian 19th-century historian Vasily Klyuchevsky put it, “you could beat a boyar up, you could take away his property, you could expel him from government service, but you could never make him accept an appointment or a seat at the tsar's table lower than what he was entitled to.”

Although formally banned in 1682, the mestnichestvo system was, and partly still is, actively adhered to in the Russian government. On May 5, 1999, Boris Yeltsin publicly reprimanded his government’s ministers for sitting in an incorrect order – the ministers didn’t let Sergey Stepashin, the Minister of Internal Affairs and the First Deputy Prime Minister, sit next to his immediate supervisor, Prime Minister Evgeny Primakov. Yeltsin noticed the confusion and said: “You are sitting wrong. Stepashin is the First Deputy Prime Minister. Change your places,” after which Sergey Stepashin took his ‘rightful’ place next to Evgeny Primakov.

Sitting with a vodka still 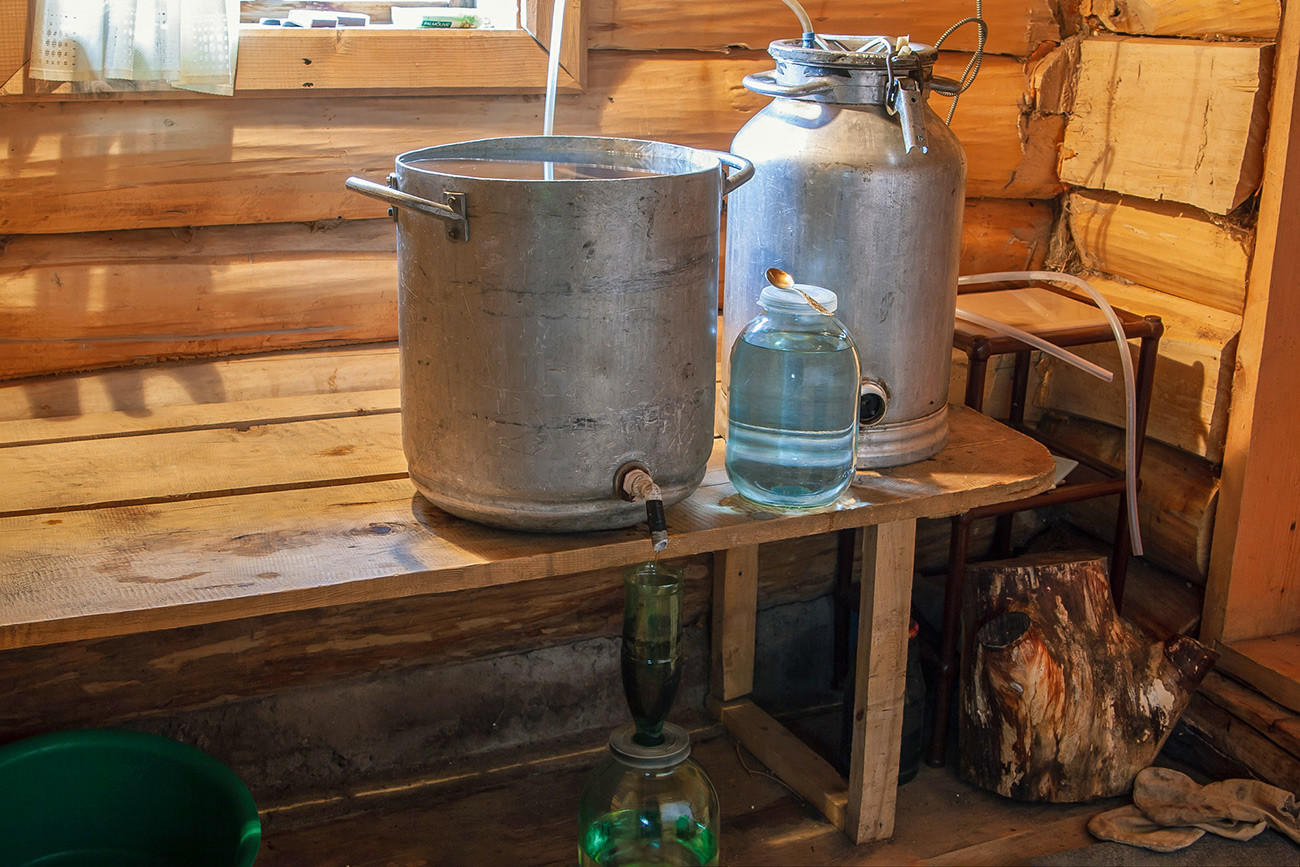 The Russian rustic way of producing alcohol in a country bath.

Meanwhile, subjects of the Russian sovereign, the peasants, also placed great emphasis on the order of sitting and sitting itself. Inside Russian izbas, benches were fastened to the walls, and a certain order of sitting was also followed. The most important sitting place was in the “red corner”, under the Orthodox icons that were situated on a shelf. That’s where the host of the house, the father, was seated, with the second most important place (for the wife) being to his right, and so on. 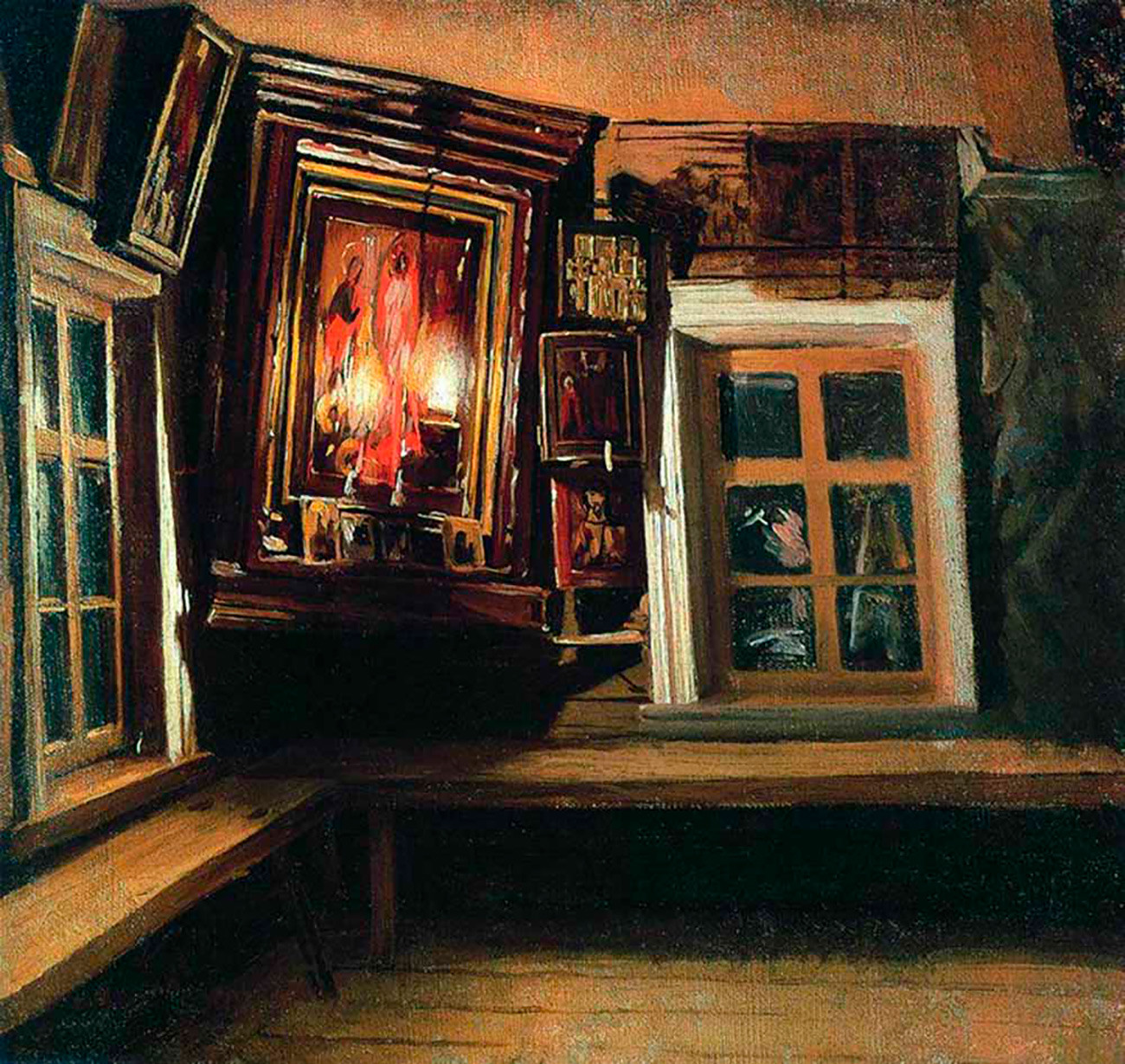 But during the 15th-16th centuries, the word “sit” gained one more important meaning – to produce alcohol by distillation. Naturally, to distill large quantities of alcohol (necessary for the tsar’s feasts and for realization through drinking houses), one had to sit near the still and operate it for a really long time. Later in the 18th century and beyond, such people appeared in rich landlords’ households, who were called ‘sitters’ (сидельцы) – special servants experienced in alcohol making.

Half are sitting, the rest are trembling 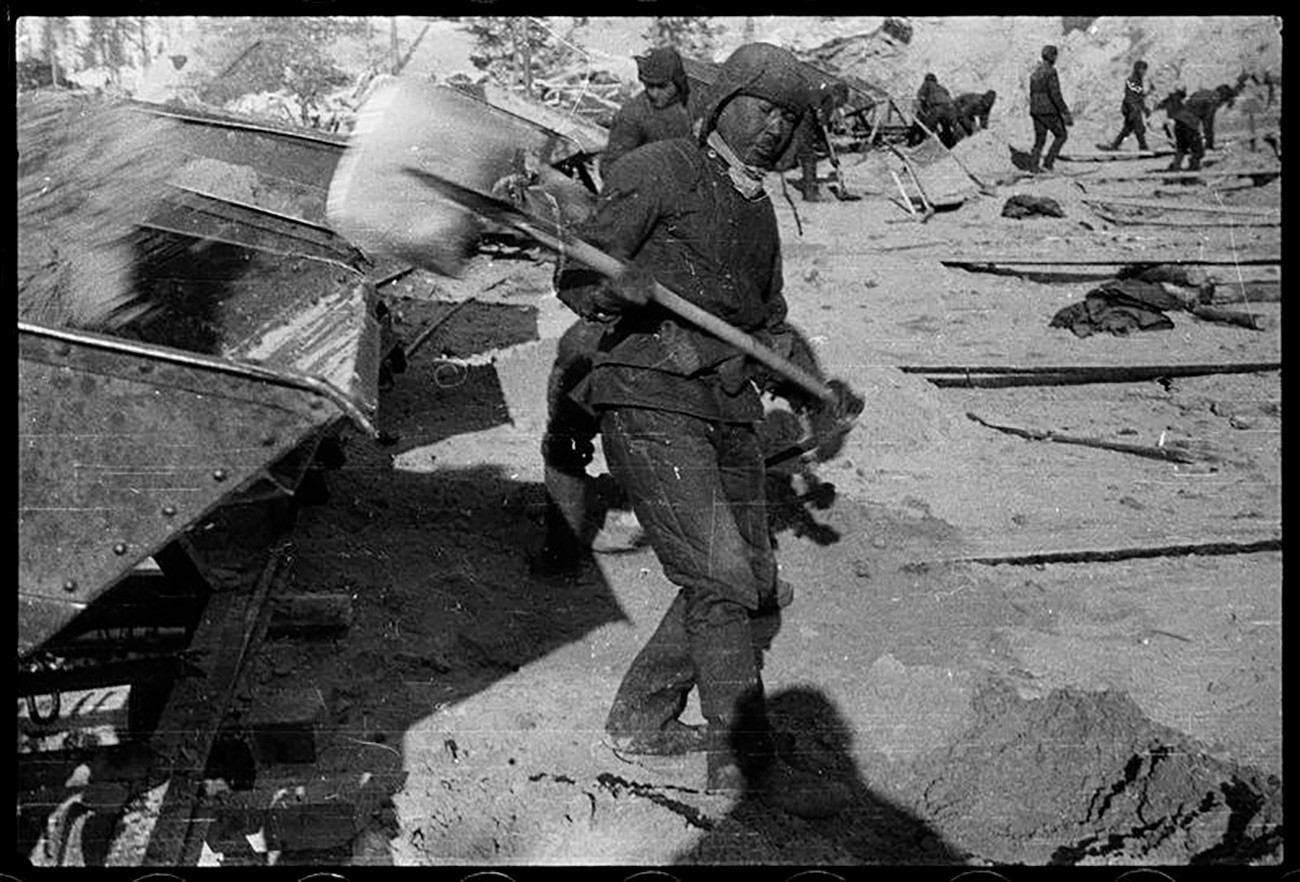 Convicts at the construction of the White Sea – Baltic Canal

In 20th century Russia, however, asking whether somebody “sat” or not could mean only one thing – if the person in question did time in jail. During the 1930s – 1960s, convictions and repressions against the Soviet population were so massive, that a grim joke was born: “Living under Stalin was like riding a bus: one is at the wheel, half are sitting, and the rest are trembling.” By the way, one could be forced to “sit” for telling this joke.

Ruthless Stalinist repressions, the organization of the GULAG, and the collectivization of agriculture condemned hundreds of thousands of people to labor camps. Statistics say, just between 1930-1953, 510,000 to 2,500 000 people were convicted and sent to work in the GULAG system. In labor camps, one could “sit” only in theory, because they were not ‘proper’ jails with cells, but camps with sleeping barracks, where convicted people spent nights and parts of the day; but a lot of the time, convicts were used as prison labor to build things like the Baikal–Amur Mainline, as well as various airports and airfields, cities and towns, hydropower plants and so on. 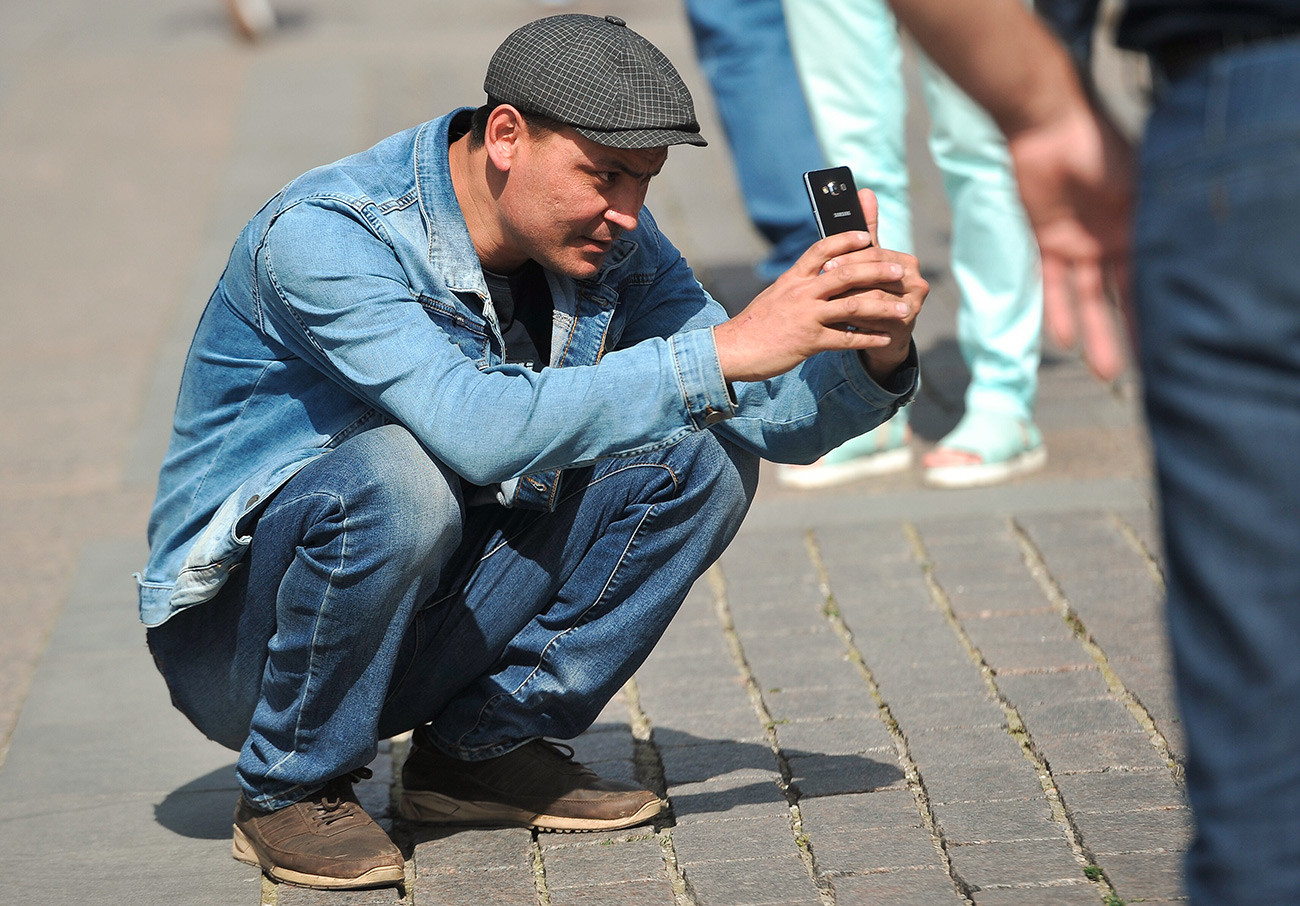 A Russian guy squats to take a picture

At the construction sites, there were no places to rest, or even to sit. So convicts developed the now world-famous squatting technique, which allowed one to ‘sit’ without a chair. An experienced convict could spend hours squatting and then get up and walk away without any pain or leg cramps. This skill could only be achieved after years of training. In the free world beyond the camp’s barbed wire, meanwhile, this squatting ‘skill’ immediately indicated a person who had done time and was therefore to be feared and revered (or despised) as such.

So, in conclusion, after centuries of different meanings and uses,  the term “sitting” in Russian always has been closely connected to the notion of status, and it remains that way. When you travel by Moscow Metro, you can always notice how young people vacate their seats for the elderly, exercising the ancient Russian unspoken form of respect. Because, according to Russians, one should never sit when an elderly person stands. It’s called manners and etiquette and it’s in our blood or something. Well, at least for most of us.