10 unwritten rules of being Russian

Lifestyle
Georgy Manaev
Want to pass off as an undercover Russian? Or better understand why we are born the way we are? Here’s an in-depth guide to what makes a Russian… Russian!

1. Be quiet if you don’t know what to say 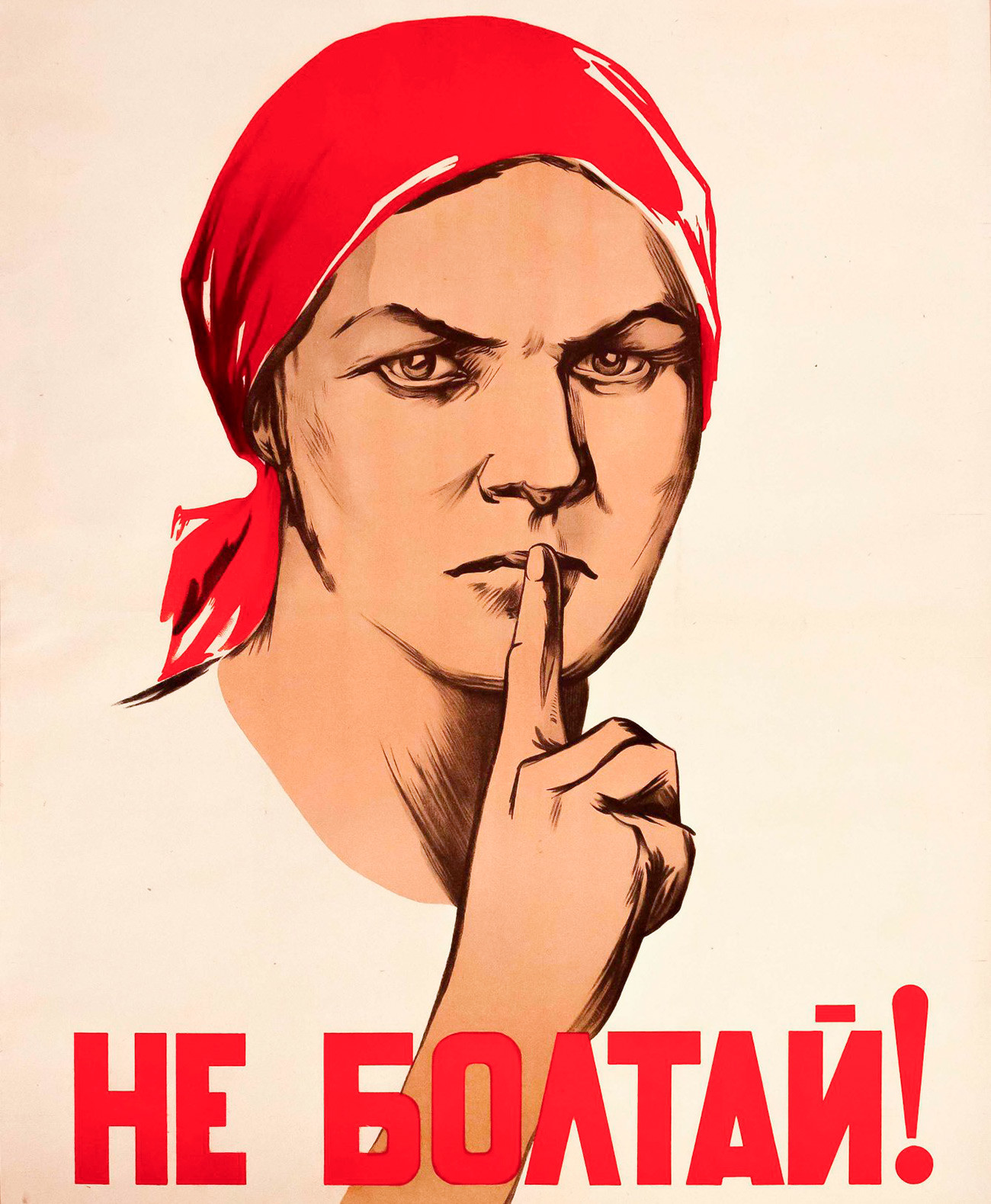 Aren’t Russians big-mouthed? Maybe abroad, or when they’re celebrating and don’t feel any danger. But at home, it’s different. If you’ve ever been on the Moscow Metro, you may have noticed that sometimes, you and your friends are the only ones talking in your full voice. Why?

“Words are silver, but silence is golden” – this proverb is still very popular among Russians. In our country, certain words became a criminal offense as early as in the 16th century. Not that it’s anything to boast about, but that’s a fact. And this characterizes us in a certain way. Everything you say should have grounds. And it’s better to only speak when addressed. Words are very, very important in Russian culture, so don’t waste them if you want to pass off as a local. 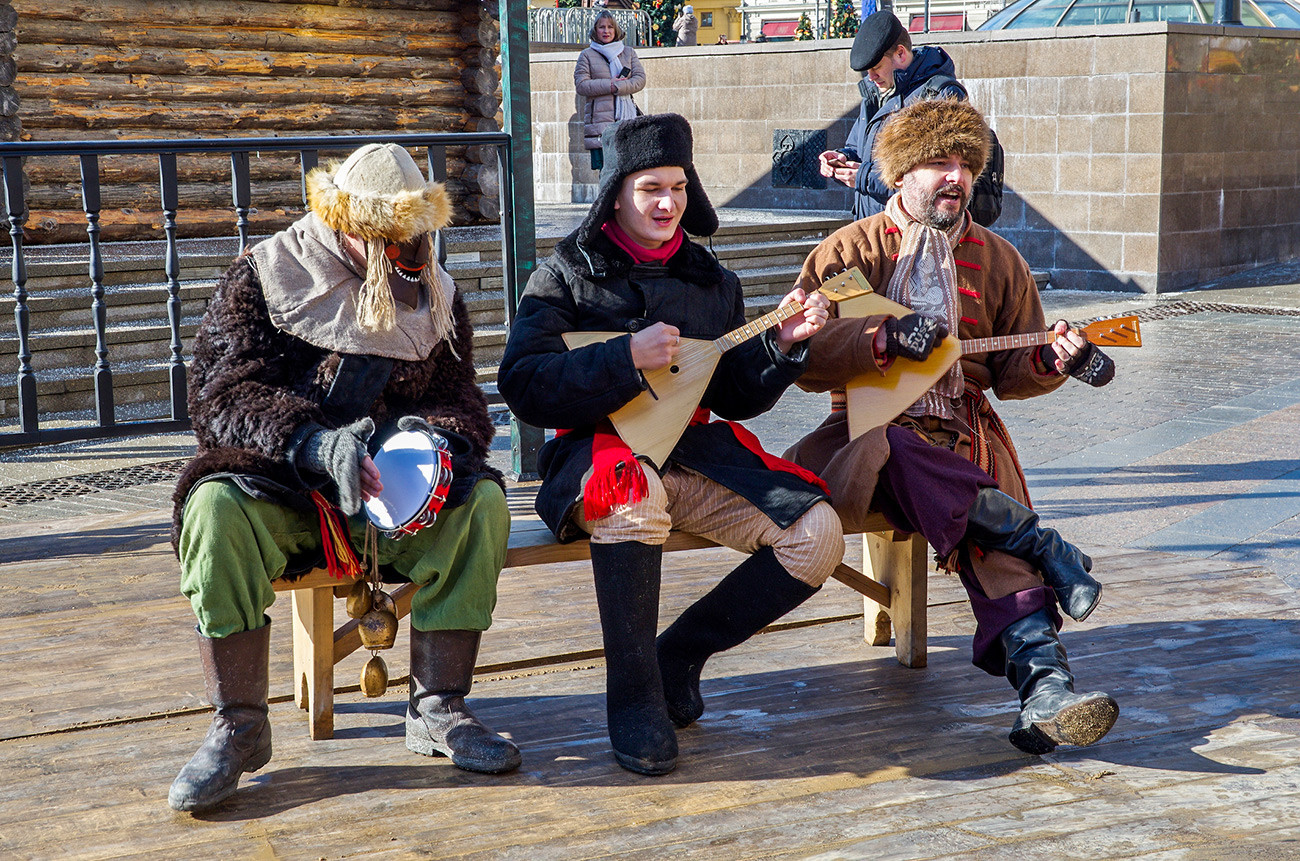 Russians don’t only sing classical Russian songs. They often sing Soviet songs, or a 1990s radio hit, or whatever – it doesn’t matter. But there’s a song for every occasion, and it inevitably gets mentioned or sung. Weddings, birthdays, love, war, romance, work – more often than not, you’ll find a Russian humming a tune or singing a song.

These days, the younger generation seems to shy away from Russian songs. But they still sing – for example, Billie Eilish’s hits. By the way, when the singer came to Moscow for her first-ever show in Russia, she was amazed at the audience knowing the lyrics to all of her songs.

3. Dare! Especially when nobody does 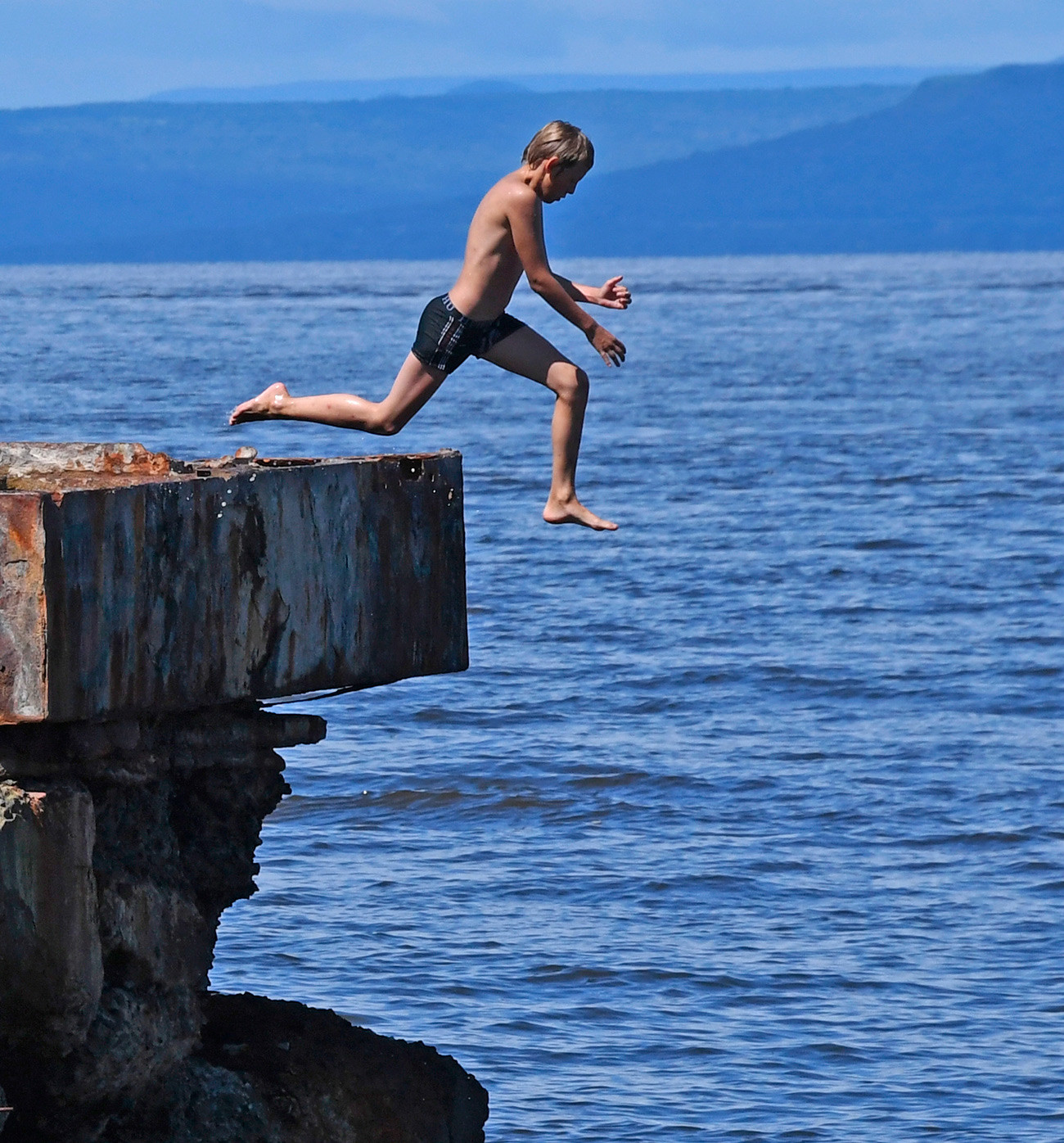 Let’s say you and some people are waiting on an elevator in a business building. Three of them are functioning, and the fourth one is out of order. Even though no ‘Maintenance’ sign is present, nobody tries to call the defunct elevator. Suddenly, a person comes up, waits for a bit, and then tries to call the fourth elevator, just in case. You could put money on this person being Russian!

He isn’t afraid of being ridiculed. And yes, he probably noticed that nobody else was waiting for this elevator. But what if? What if it’s already working? What if everybody else is wrong?

4. You’ve been ridiculed? Retaliate with your own jokes 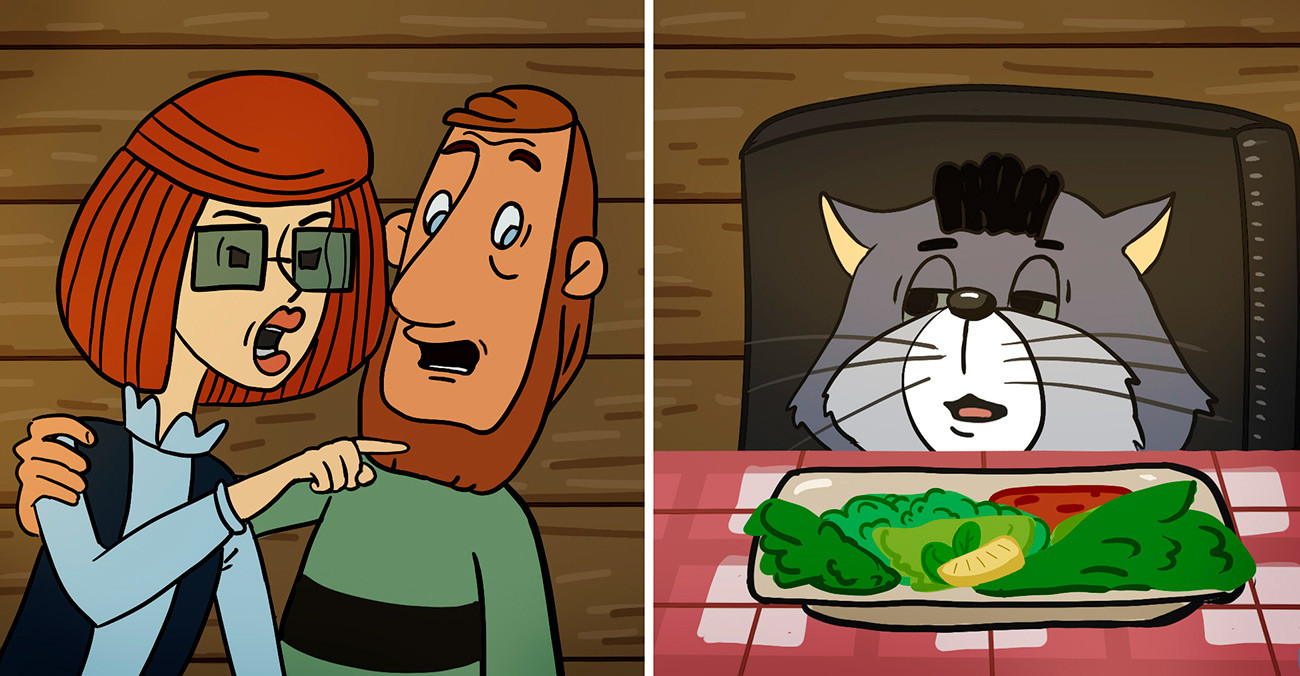 Since words are very important, the art of word battles has always been respected in Russia. And among Russians, joking back in reply to jokes is a sign of power. Especially if you reply to humiliation and offense in an equally humiliating and offensive way. Ingenuity in a conversation is always respected, and quick wit can turn a heated argument into a mere exchange of taunts.

Russian prison folklore is full of very harsh jokes you have to know the answer to, in order to prove your dignity. An inoffensive example goes like this: A man gives you a broom and says, “Play something on this guitar.” To ‘win’ this argument, you must hand the broom back, saying, “Could you please tune it up, it’s off-key.” 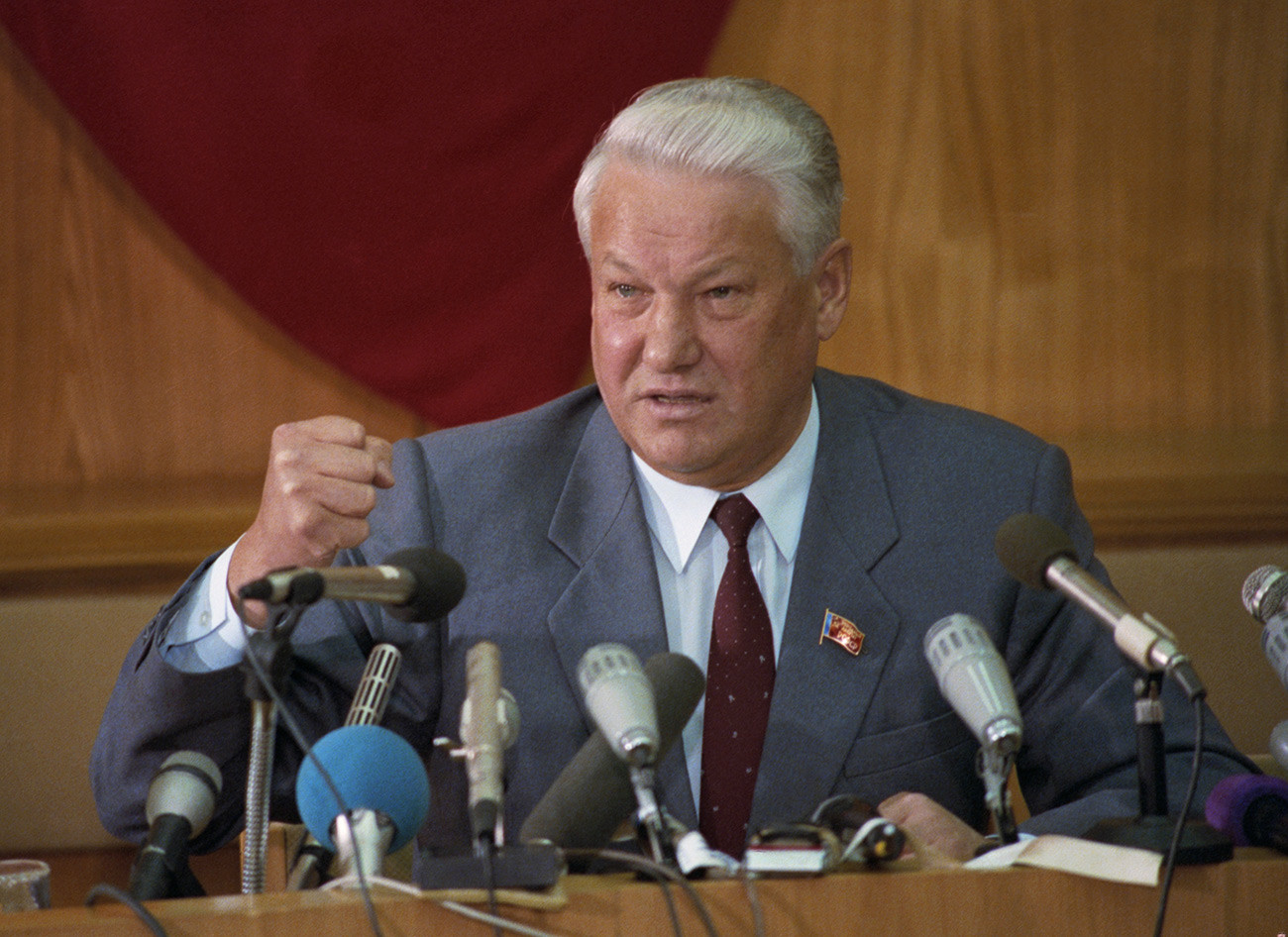 What is the point of criticizing your own country and people? Obviously enough, the underlying motif akin to this is similar to that of a polar explorer or a mountain climber raving about the hardships of his journey: “Look, how bad everything is, the dangers are high, the supplies are low, the people aren’t to be trusted, but I’m managing it like a pro!” 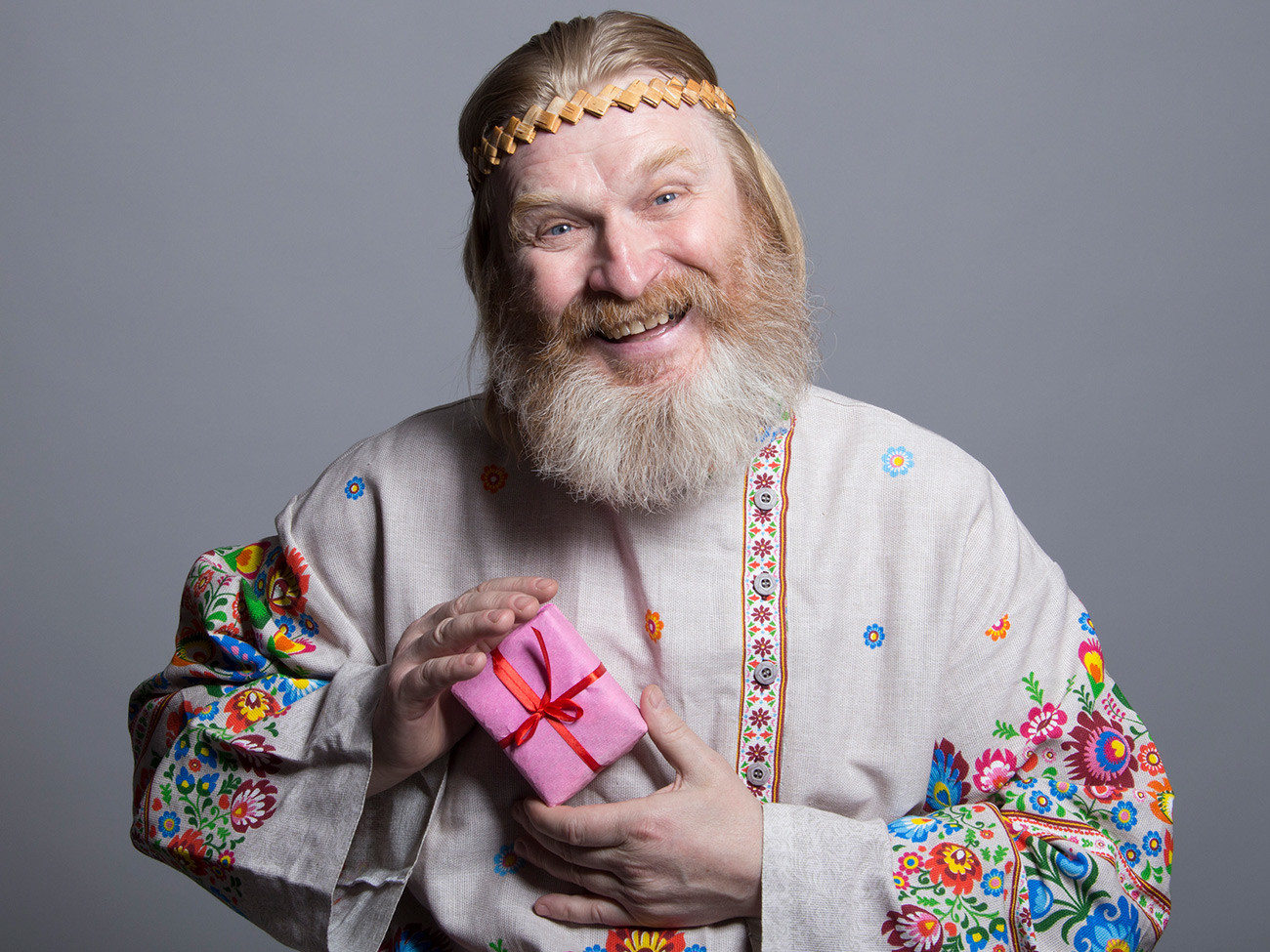 Russians are fixated on honesty. Being honest (or, making others at least believe you’re sincere) is considered one of the highest virtues. Well, it is in most cultures. But for Russians, it’s crucial that you behave according to your feelings and be frank.

If you’re feeling down, you feel down for a reason (a disease in the family, financial difficulties, bad luck etc.). So you’d better be sad or (at least) melancholic. Otherwise, your colleagues would suspect you’re hiding something or outright lying. On the other hand, you’re supposed to be happy and funny for a reason, too. “Laughing without a reason is a sign of a foolish man,” Russians used to say. That’s also why everybody thinks Russians don’t smile.

7. Look for a reason for everything 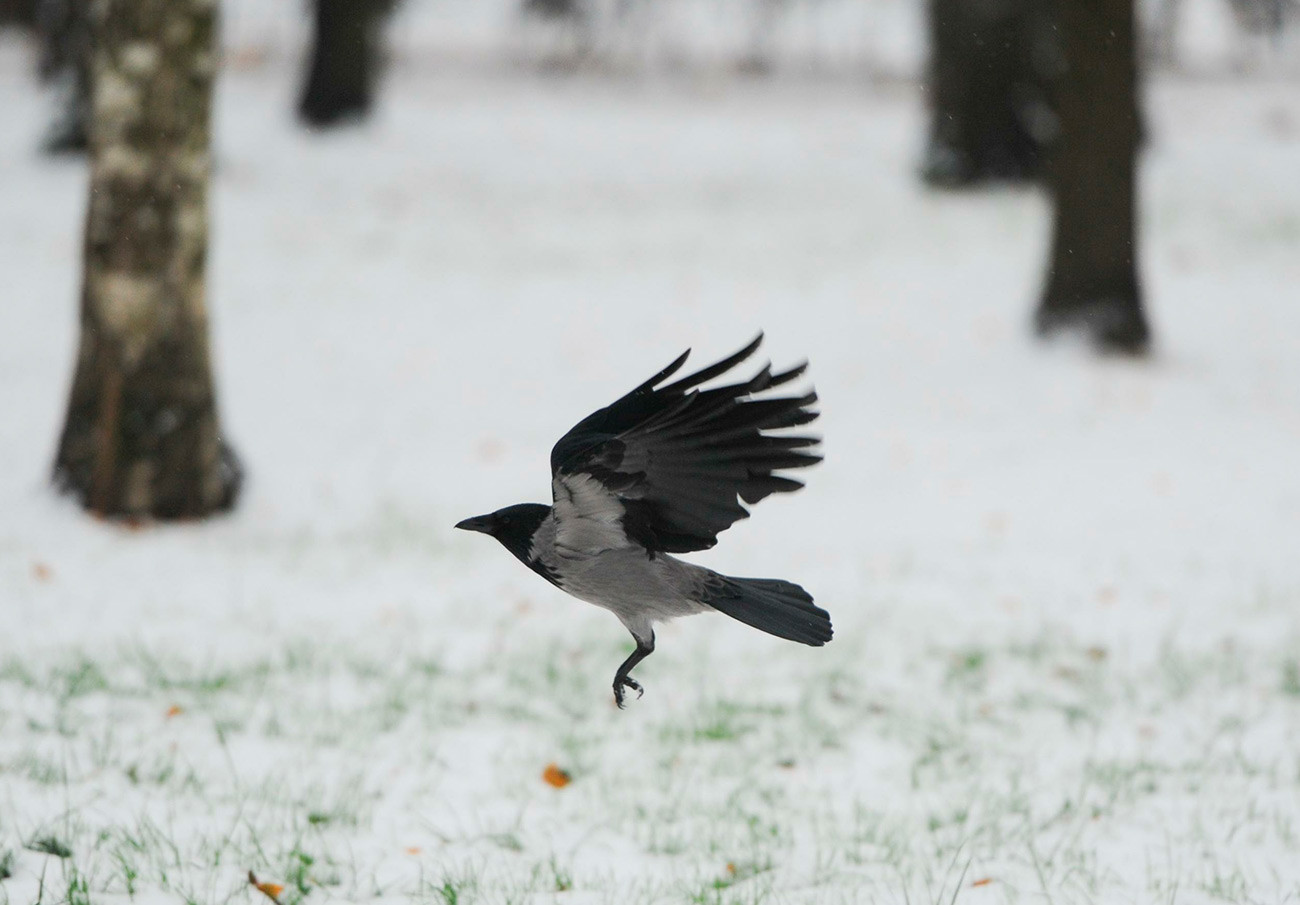 Russians don’t like complexity. Paradoxically, this is the reason why they’re so good at solving riddles, writing program code or building complex bureaucratic structures. Russians want to know the reason. “Without a reason, even a crow doesn’t fly,” they say.

In a Russian civil institution or a commercial enterprise, you’d better have some solid reason for not completing the work on time, or being late. An employee who’s late, but is ready to explain his reasons, may get away with it. But keeping your mouth shut in shame and not trying to find any excuses – “ooh, that’s too bad, you can’t even stand your ground, we don’t like feeble people in our company…”

8. Wait until the last moment! 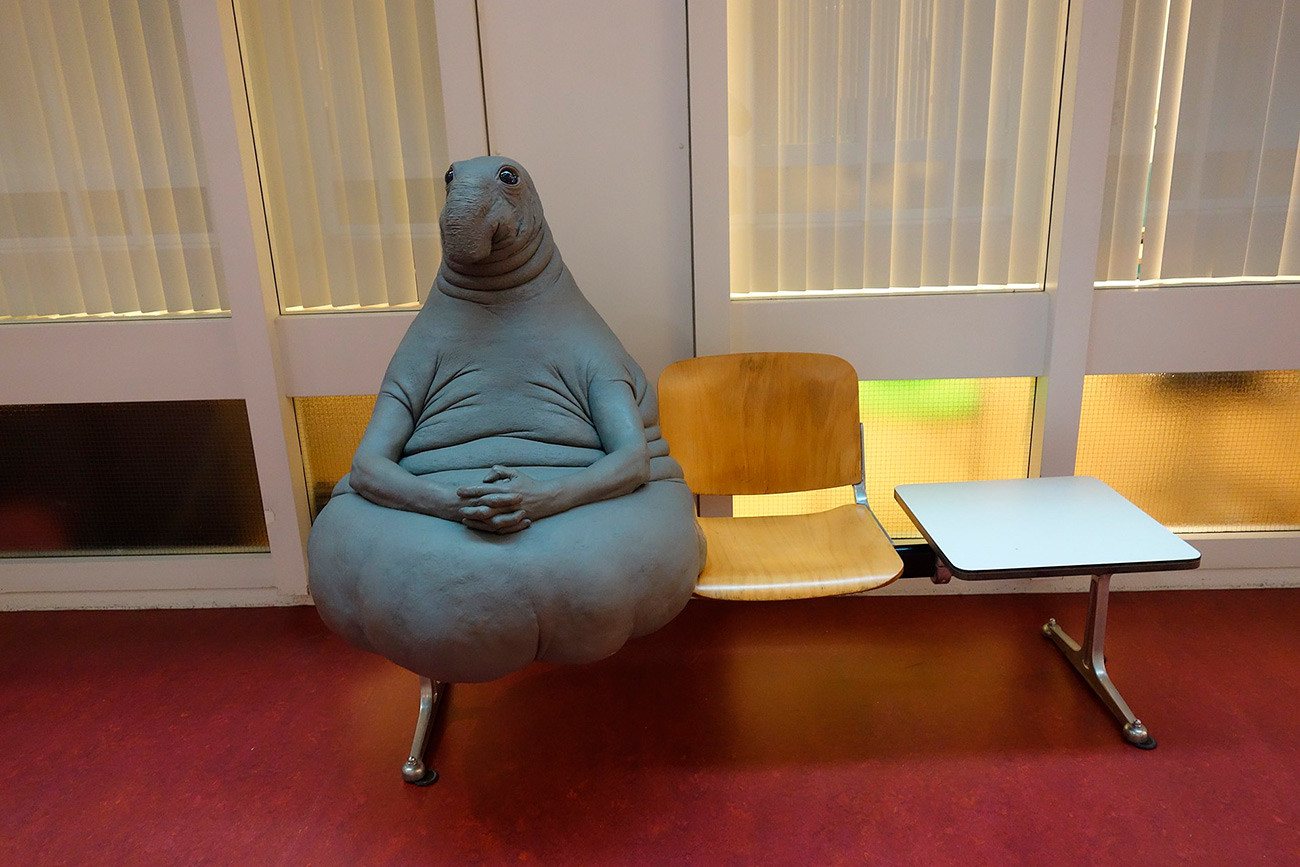 Bo Andersson, the first non-Russian Chief Executive Officer at the VAZ automobile plant (2013 – 2016), once said: “I love Russians because what in Europe takes a week, would take only a day in Russia. And if you give a Russian a week, he’ll do it all on the last day, anyway.”

Eventually, Andersson didn’t come to terms with Russian habits: his stay at VAZ was short and unsuccessful. But he’s got it right: Russians do it all on the last day. The reasons: orders may change or be canceled, so by waiting until the last moment, you just skip doing unnecessary work. A Russian prefers to brace himself and do it all swiftly rather than take his time and divide his tasks into equal portions. One of the archetypical Russian heroes is Ilya Muromets (Илья Муромец), or Ilya of Murom, a bogatyr who did all his famous feats after lying on a stove for 33 years.

A recent study showed Russians work more nights and weekends than Europeans. The only drawback is, unfortunately, quality. You can’t do it all fast, in one day and perfect. Just look at VAZ (LADA) cars! 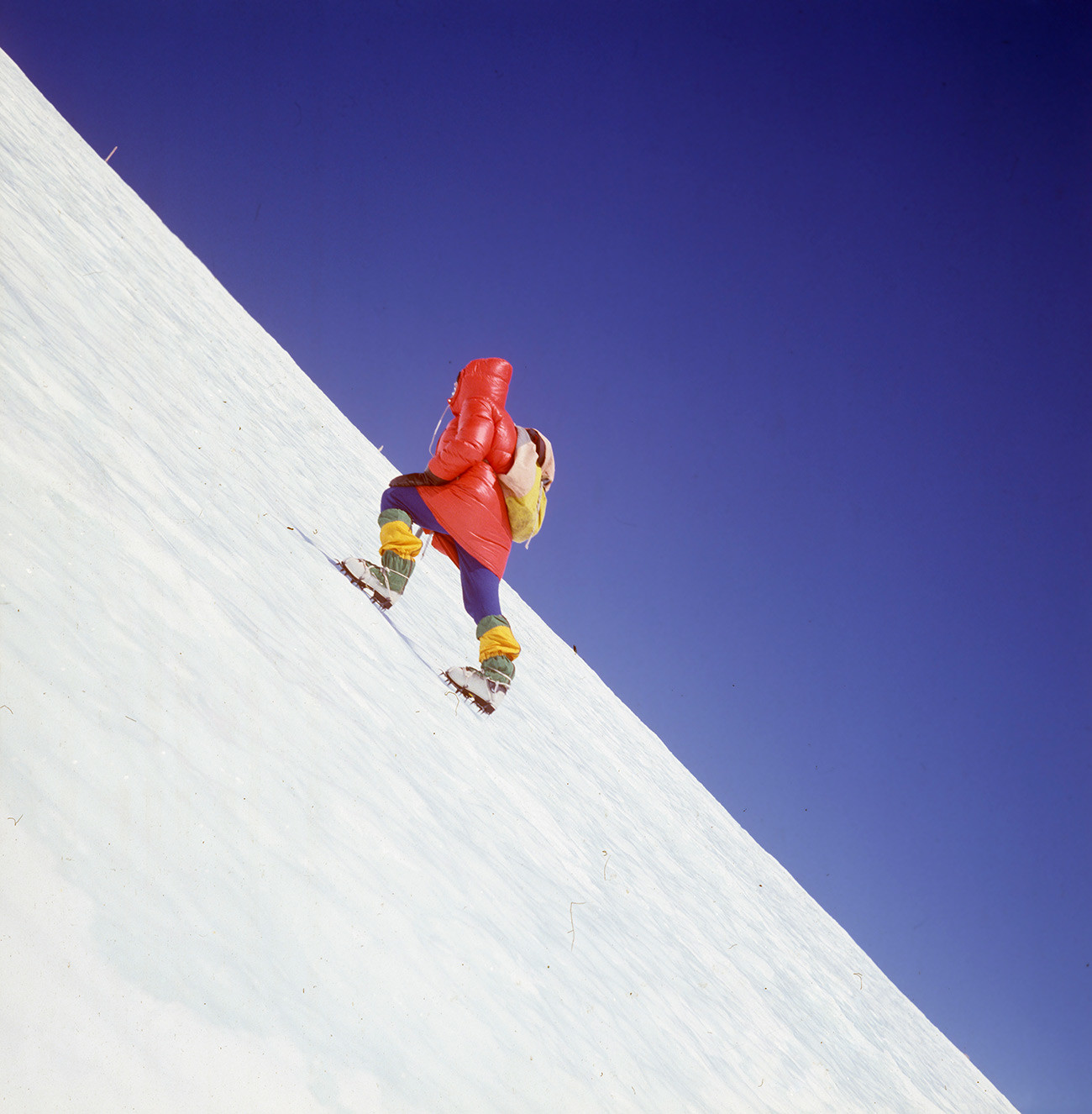 It’s true, you can’t do it all perfectly and swiftly. But that doesn’t mean you can’t strive for it. One of the important parts of the Russian dream is being bound for greatness, no matter what. That’s the spirit that makes Russians want to dare (see pt. 3), break the rules, chart the unknown and invent 8-wheel rides. Do something nobody’s ever done, or get old trying.

But what about all those Russians who just rot on the couch? There are people like this in every nation, one might say. Yes. But a Russian rotting on the couch would say: “Wait for it. I have great plans. Ilya of Murom started like this, too.” 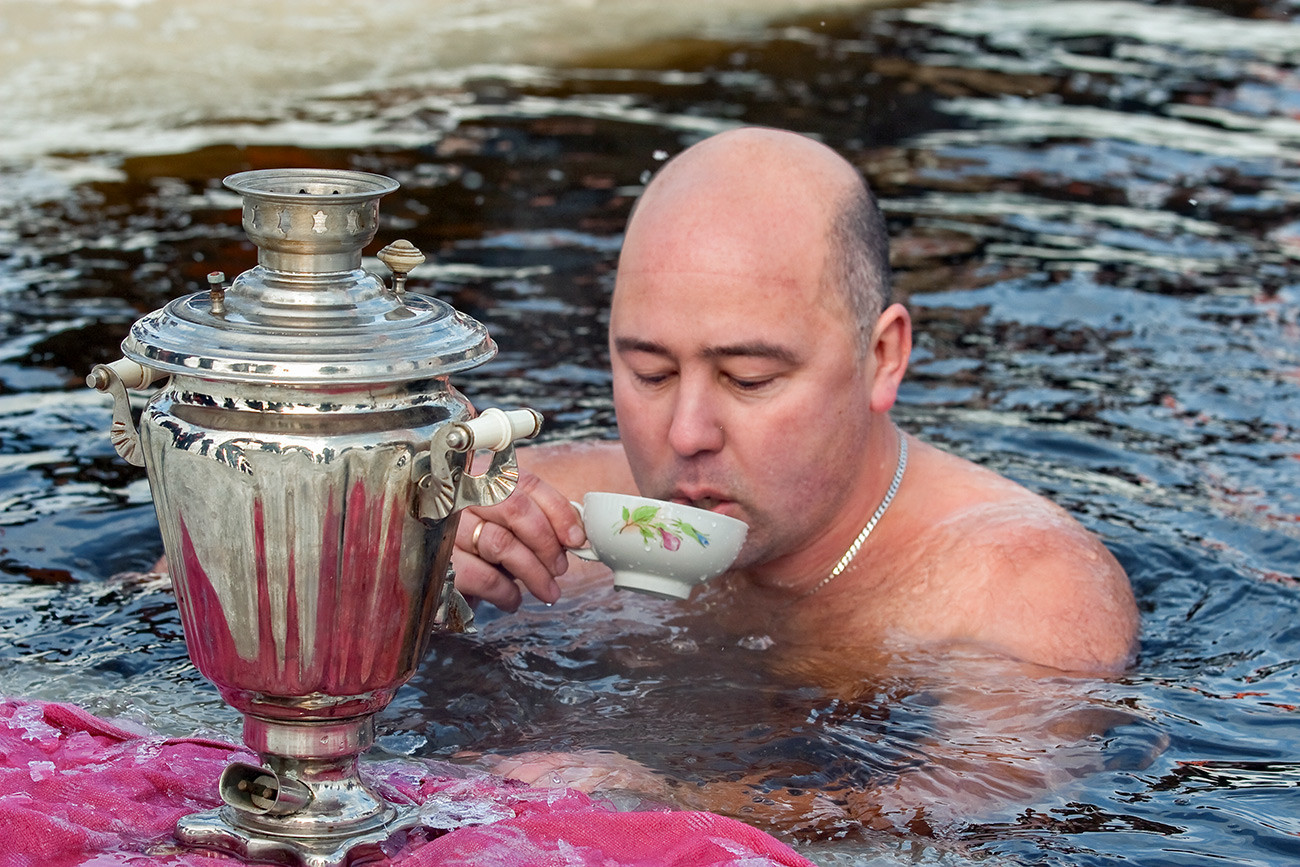 Last but not least: just drink tea all the time. Many believe it’s the key secret to being Russian.