Russian youth turn the Lada into a cult. What the hell for? 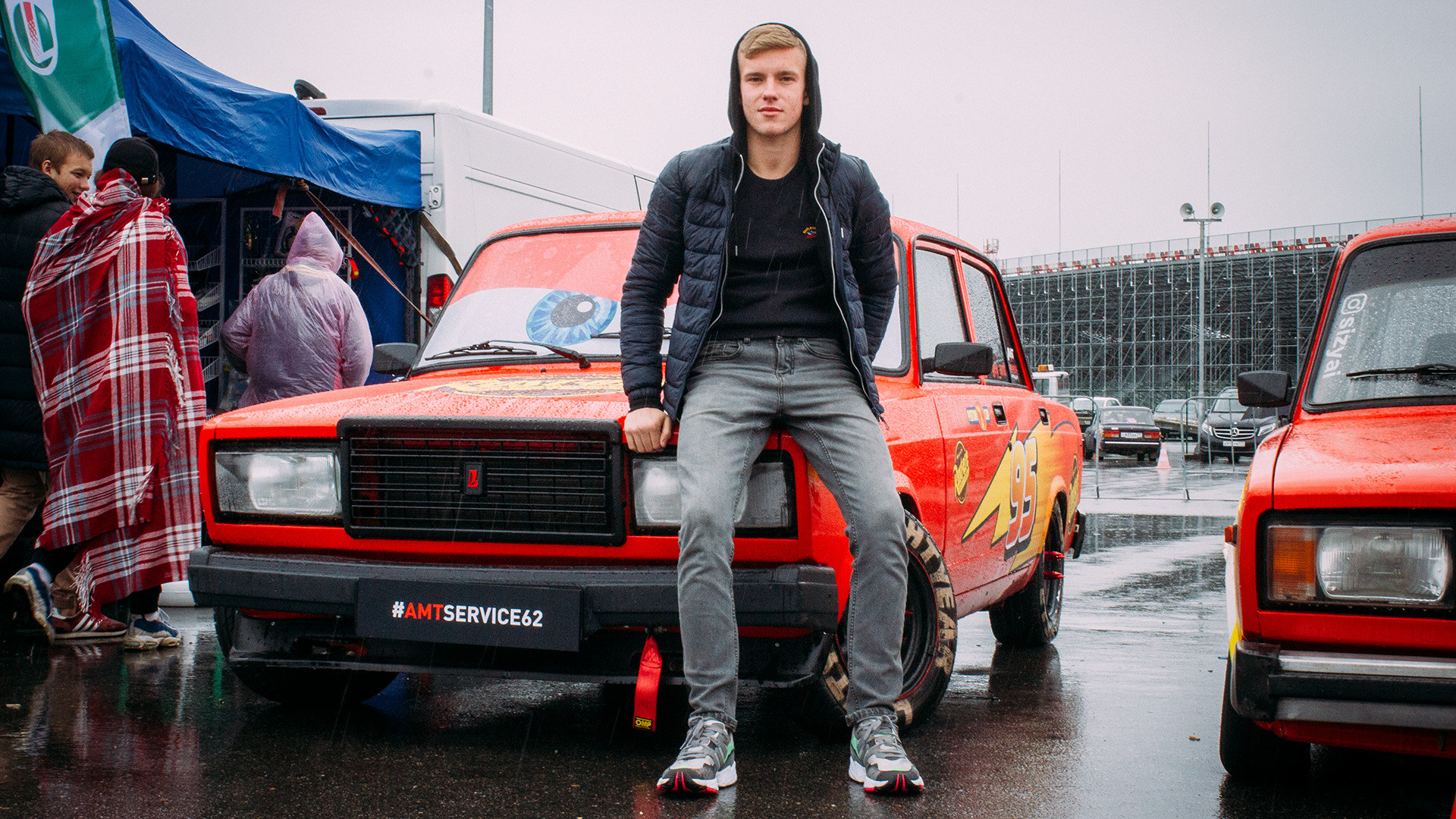 Nikolay Shevchenko
For members of the “Battle Classic” movement, a pimped rust-bucket is a lifestyle, not a means of transport.

It’s early morning. A stream of Ladas (known in Russian as zhigulis) stretches along the western highway out of Moscow. It’s raining. Flimsy wipers and poor defog systems hinder visibility, so the drivers lower the side windows, stick their heads out, exposing their faces to the oncoming drops of rain, and press the gas. Ahead lies the Moscow Raceways circuit, where members of the “Battle Classic” movement are set for a showdown. 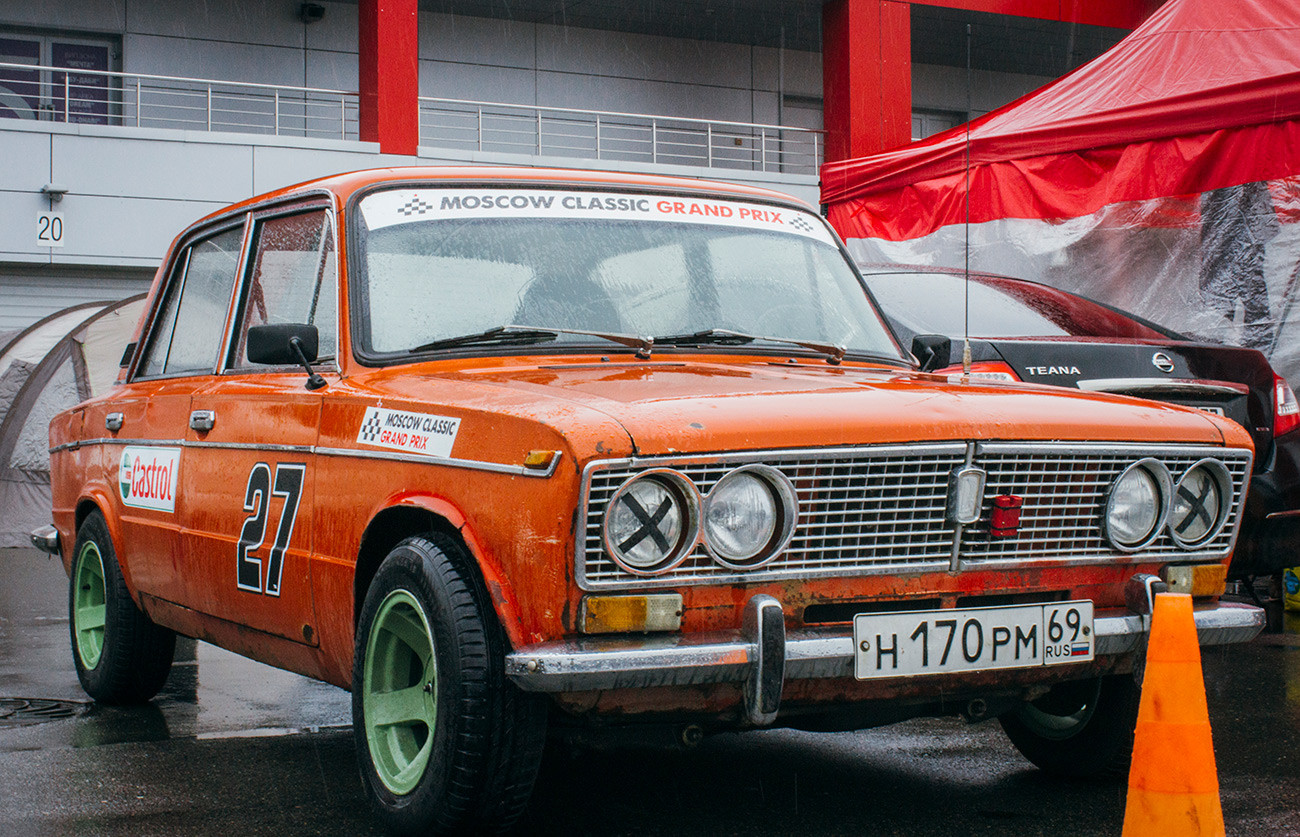 Battle Classic is an informal community of fans of “tubs,” as Russians jokingly (or not) refer to vehicles made by the domestic carmaker AvtoVAZ on account of their “quality.” Owners of Lada models from 01 to 07 hang out in the same online communities and sometimes go drifting in the capital and the regions. But once a year they all converge for a rendezvous of like minds at a designated venue. This year’s hook-up happened on June 29, when “tub” lovers of all stripes descended upon the aforementioned racetrack outside Moscow.

After navigating the ticket office (yes, it’s a serious business), spectators pass through the narrow corridors of the suburban racetrack and enter a huge square teeming with Ladas. 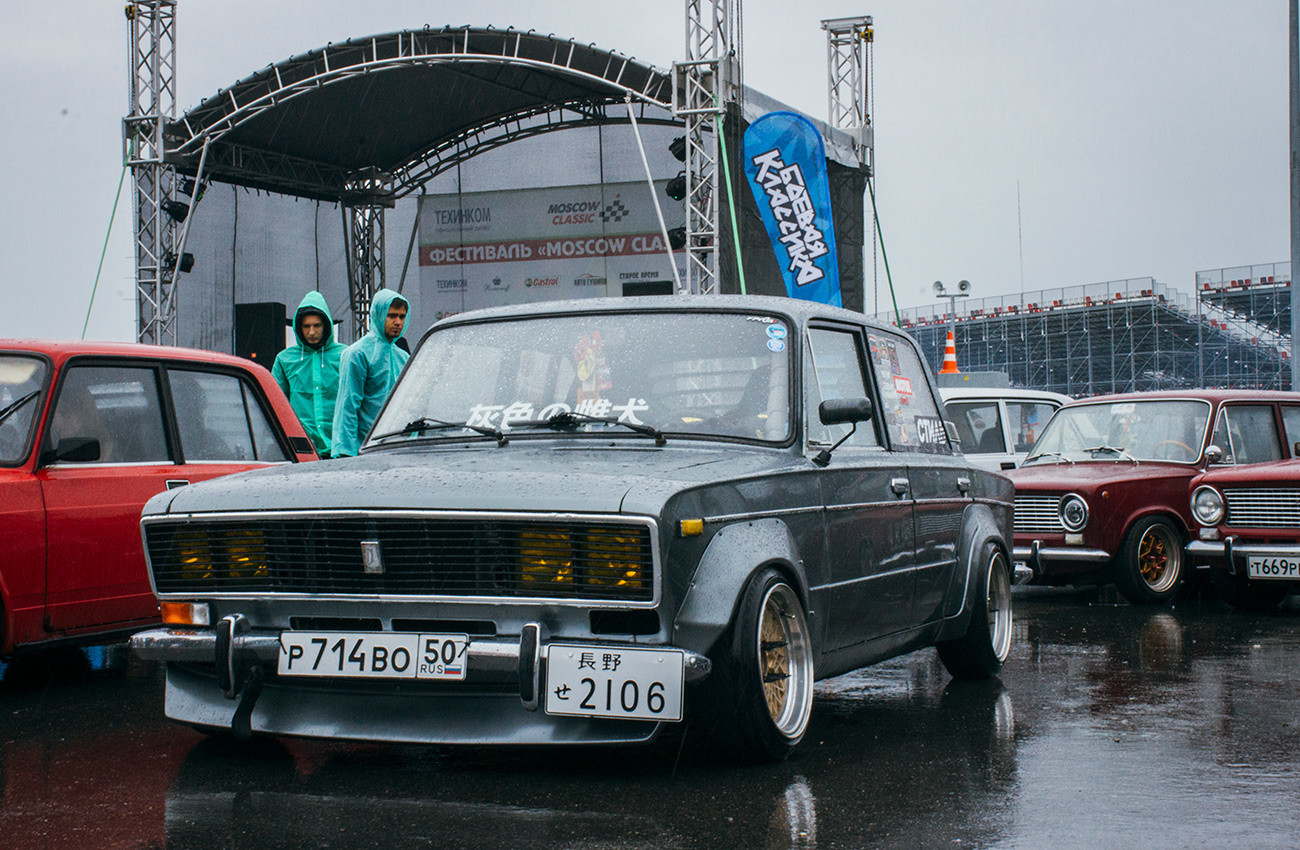 Ranging from rusty rattletraps to polished, pimped-beyond-recognition rides, it seems like every Lada in Russia is here parked up in orderly rows. 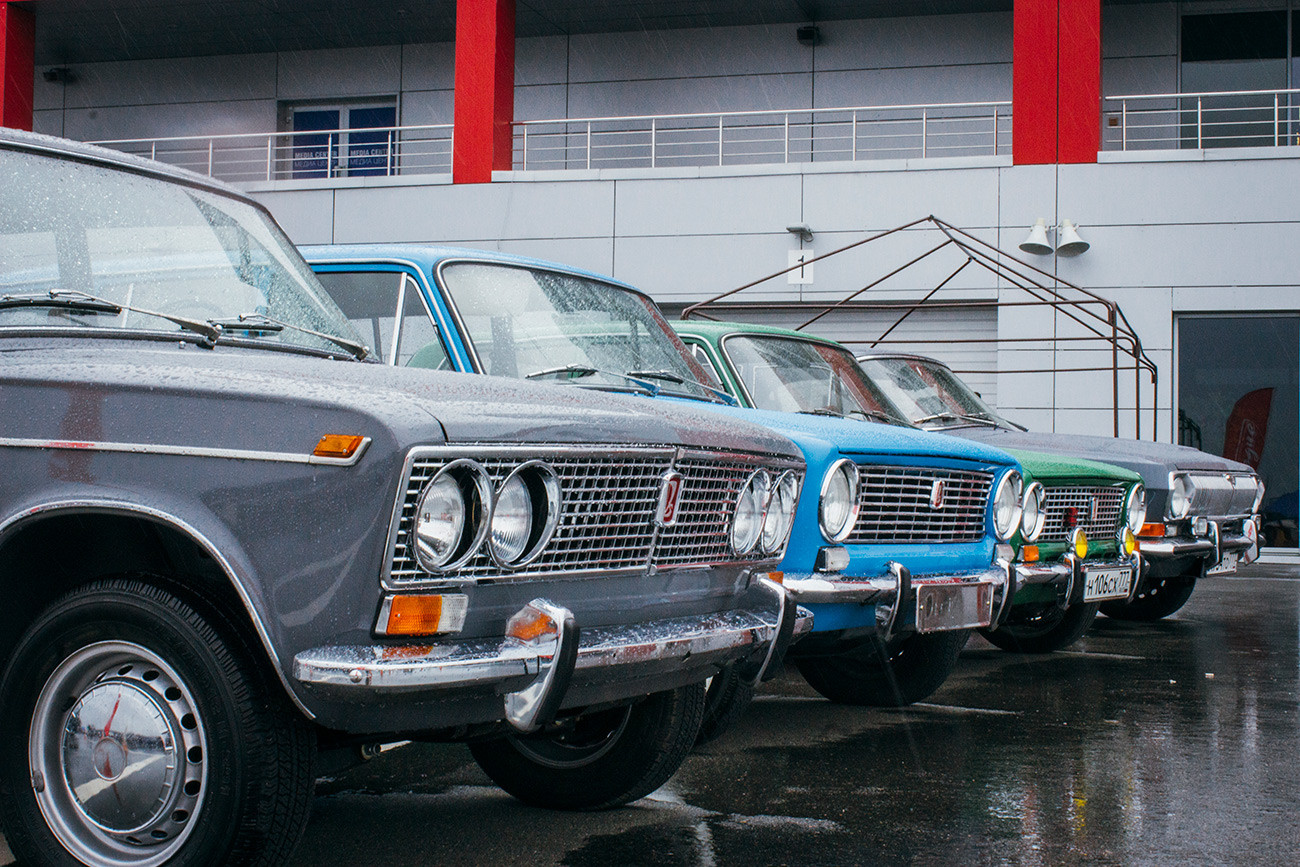 Apparently, this is where “tubs” go after death, sometimes in the literal sense of the word.

“One old guy owned a Lada for 13 years, and then died. The car sat in his garage for three years after his death. When it was put up for sale, I bought it for 60,000 rubles. I was 18 years old,” says now 21-year-old Evgeny Garkov. 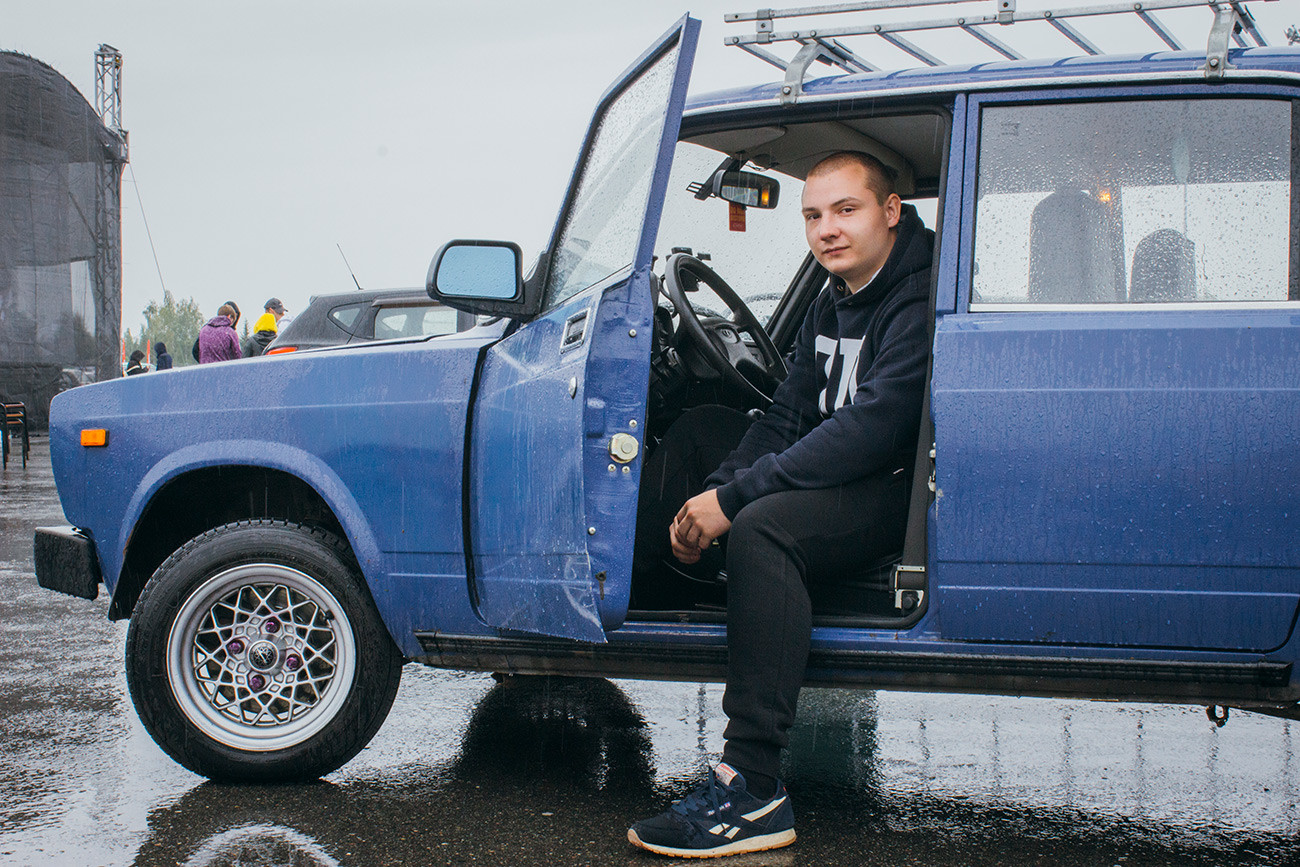 Evgeny arrives at the Battle Classic meetup from somewhere in New Moscow (the city’s expanded area). After buying the car, he pumped some serious cash into his “seven” (a reference to the model number). “I completely redid the front suspension, installed shock absorbers, springs, a new clutch, put in an engine from a Lada Niva and made it look like a 1982 model: bumper, headlights, wipers, everything from 1982 I could find,” reports the proud owner. He calculates that the pimping-up has already cost more than the original purchase. 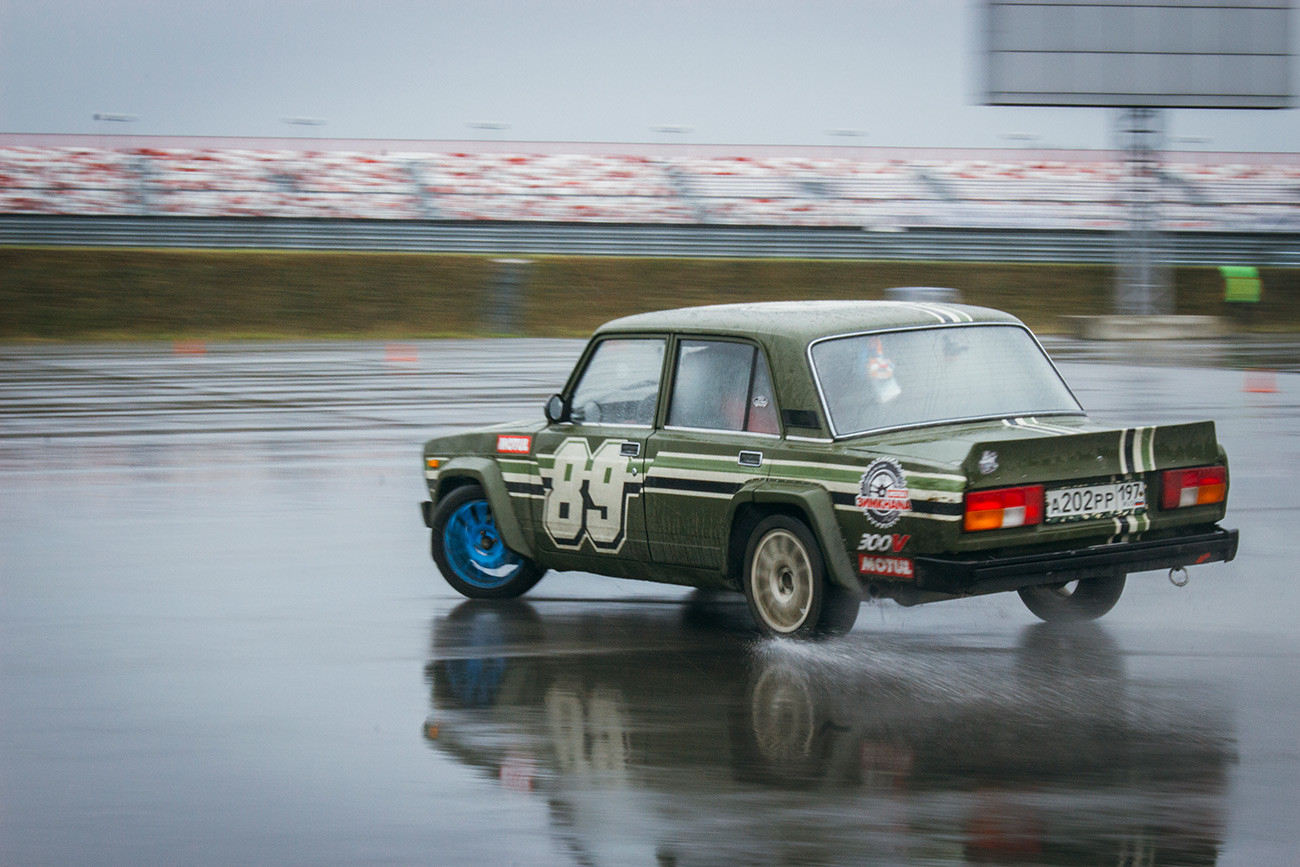 The age of most participants in the meet is surprisingly low, and rarely climbs much higher than 20. The beauty of Battle Classic is that even school kids can afford it. Often, teenagers are ready to go to extreme lengths to get hold of a coveted “tub.”

Sergey Yakushin from Ryazan bought his first “five” at the age of 13. “I had a Playstation, which I sold for 30,000 rubles. My dad suggested spending the cash on a set of wheels to go drifting in winter,” says Sergey, who has now turned 17. 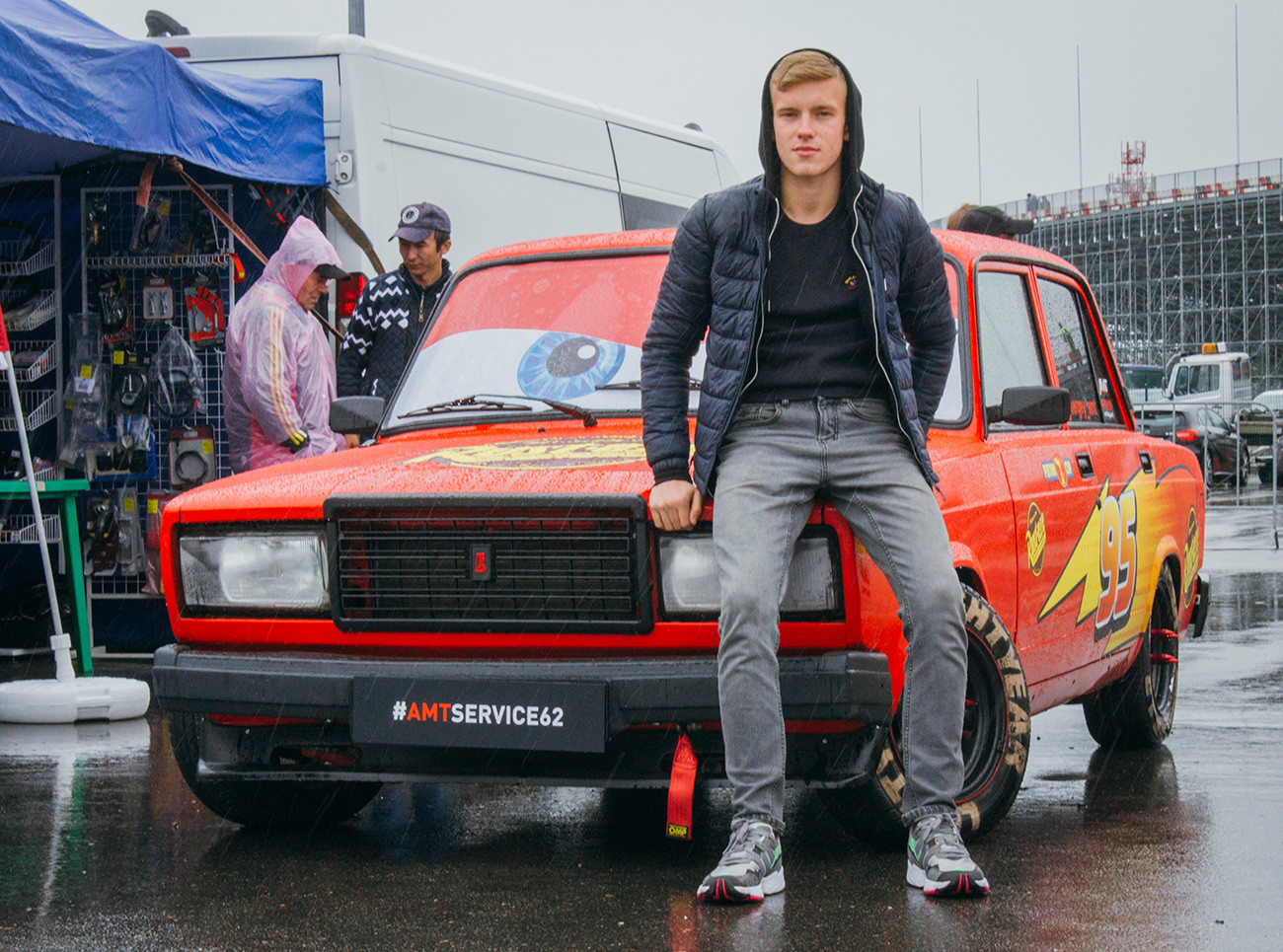 Since then, his “five” has been upgraded to a “seven” for 35,000 rubles. As always with Battle Classic, capital investments were required.

“We stripped it down to the bare metal, and welded, painted, and basically rebuilt it over a period of two years. We installed a new suspension, put in a new 150hp engine from a Lada Priora, plus pistons, shafts, and a straight-pipe exhaust, and gave it a sports interior. On December 30, 2018, our baby took her first steps,” says Sergey with obvious pride. 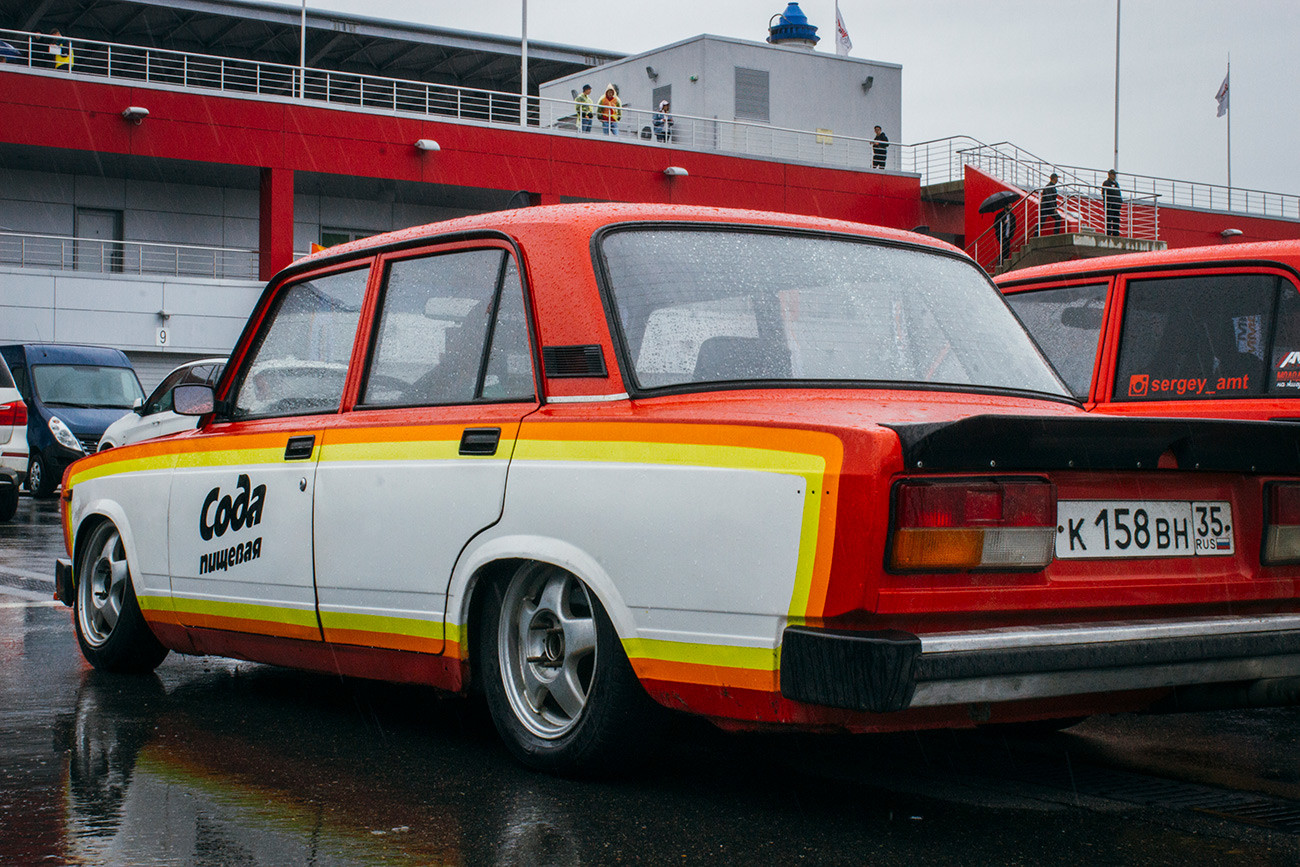 Despite still being at school, he already invested more than 300,000 rubles in his toy. And it looks, if not a million dollars, then certainly every one of those shiny rubles. Sergey uses it for drifting through the snow and over the wet asphalt in Ryazan, dodging traffic cops in the process. He plans to build a “full-fledged drift machine” this summer.

Not a question of money

What is it about Ladas that makes young Russians want to invest disproportionately large sums in sprucing them up? Answer: For many, Battle Classic is a lifestyle. 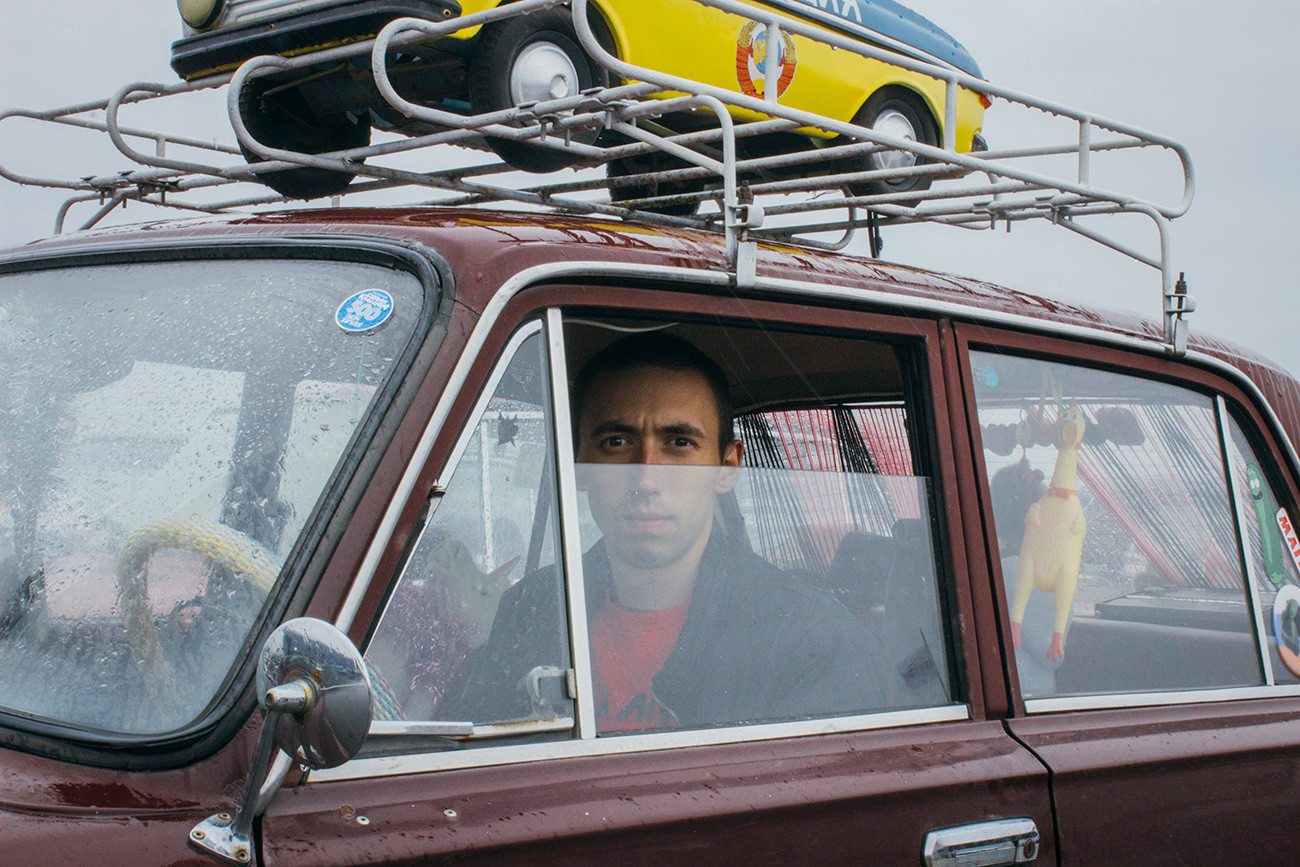 “As soon as I saw it, I knew immediately it was my thing,” says 26-year-old Evgeny Slavev from Ivanovo about his “kopeck” (a VAZ-2101). But while millennials dream about pimping a single “tub,” their more senior and wealthy comrades are busy turning their passion into a business.

Alexey, 33, is one such entrepreneur. He customizes cars at his own garage, and collects Ladas on the side. At the Battle Classic get-together, Alexey pulls up in a right-hand drive “four” – adapted for British roads. Waiting for him back home are seven other Ladas. 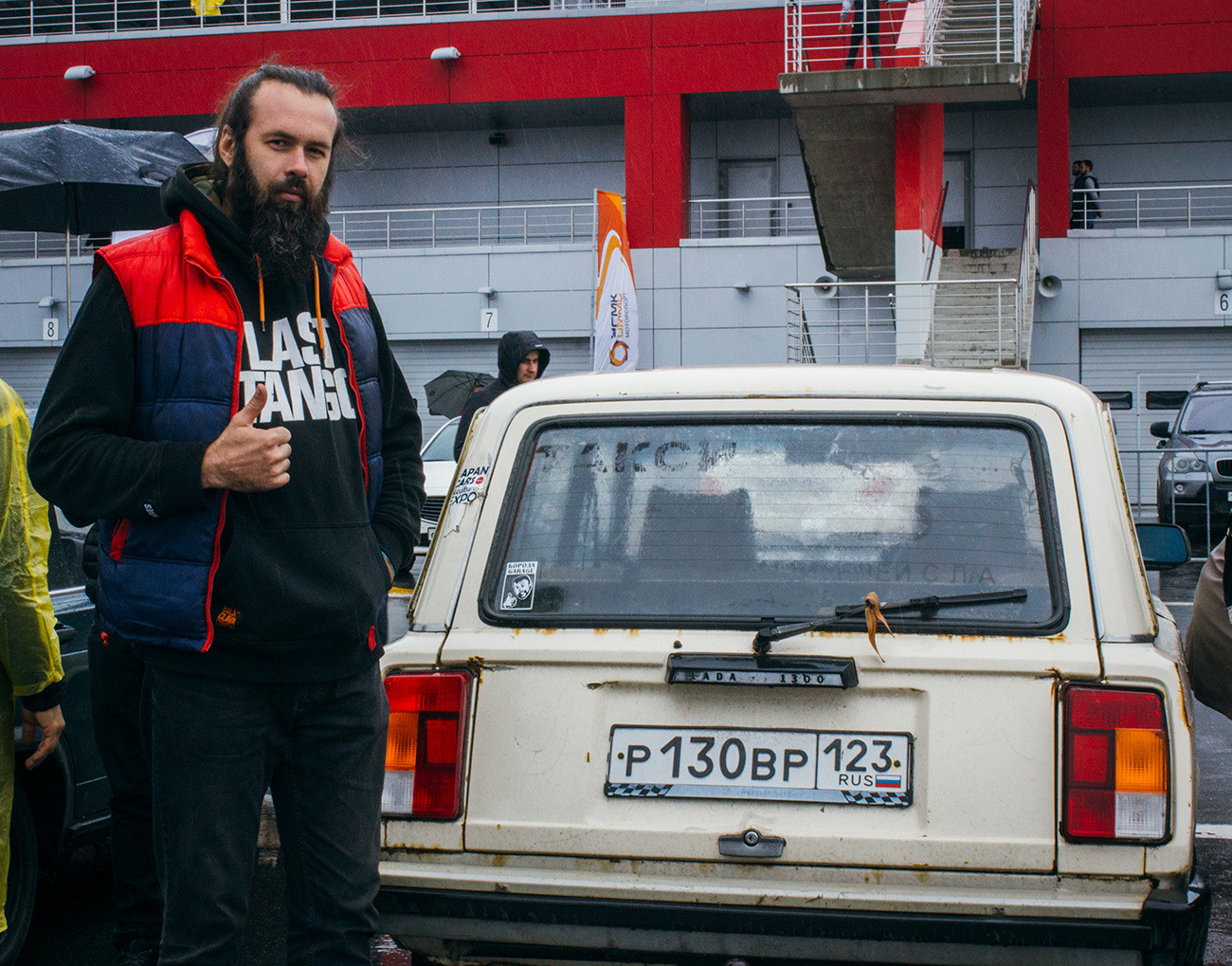 For him, the Lada is primarily of nostalgic value, since he grew up cruising round town in them. “Now I drive a Toyota,” he laughs.

The most expensive car in his collection is a 1974-made VAZ-2102, which Alexey estimates at half a million rubles. 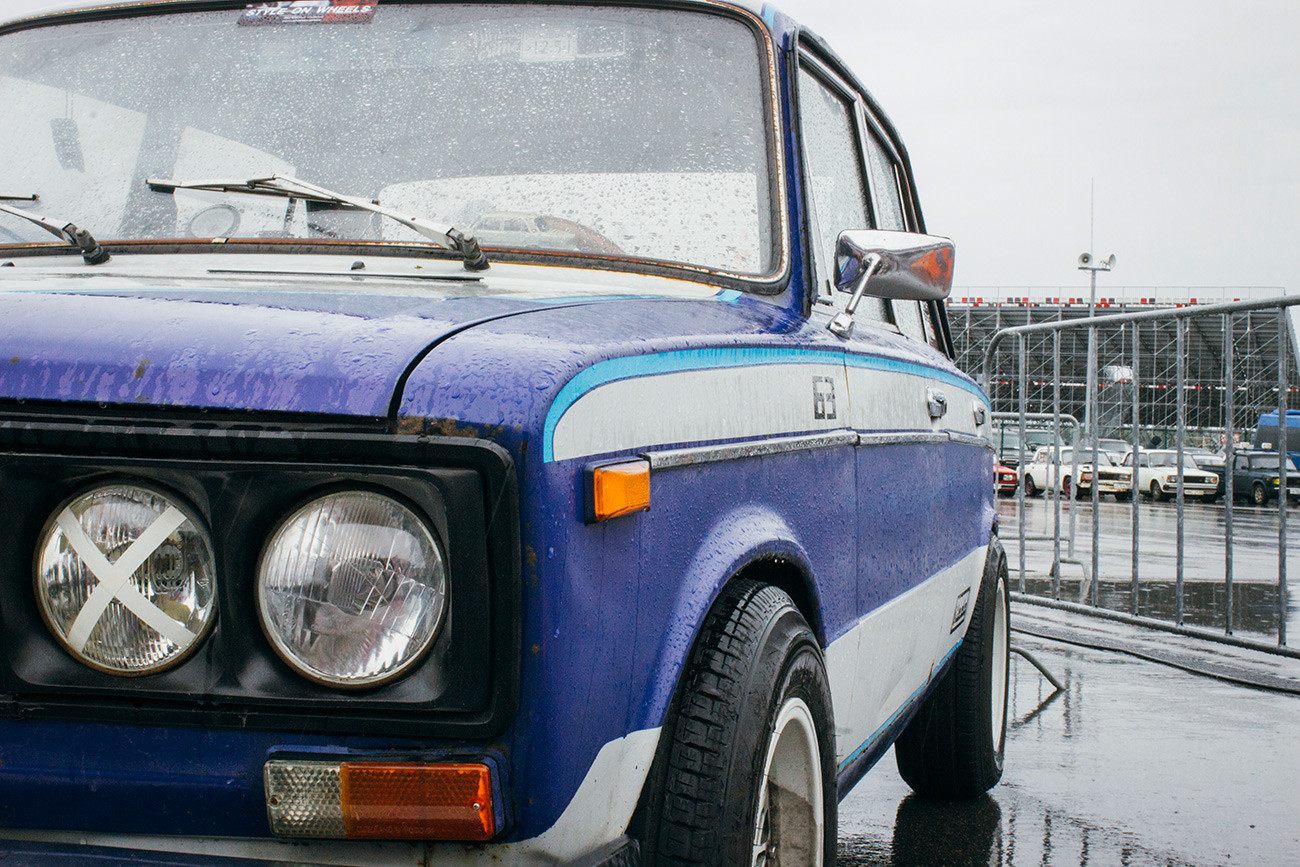 But “tub” lovers are not motivated by the green stuff.

“I’m often approached by drivers of Range Rovers and Cruisers offering me an arm and a leg for my Lada. My reply is always the same: ‘Dude, if you want a ride like this, make it yourself.’”

Click here to check the dos and don’ts of Moscow street racing.