The dos and don’ts of Moscow street racing 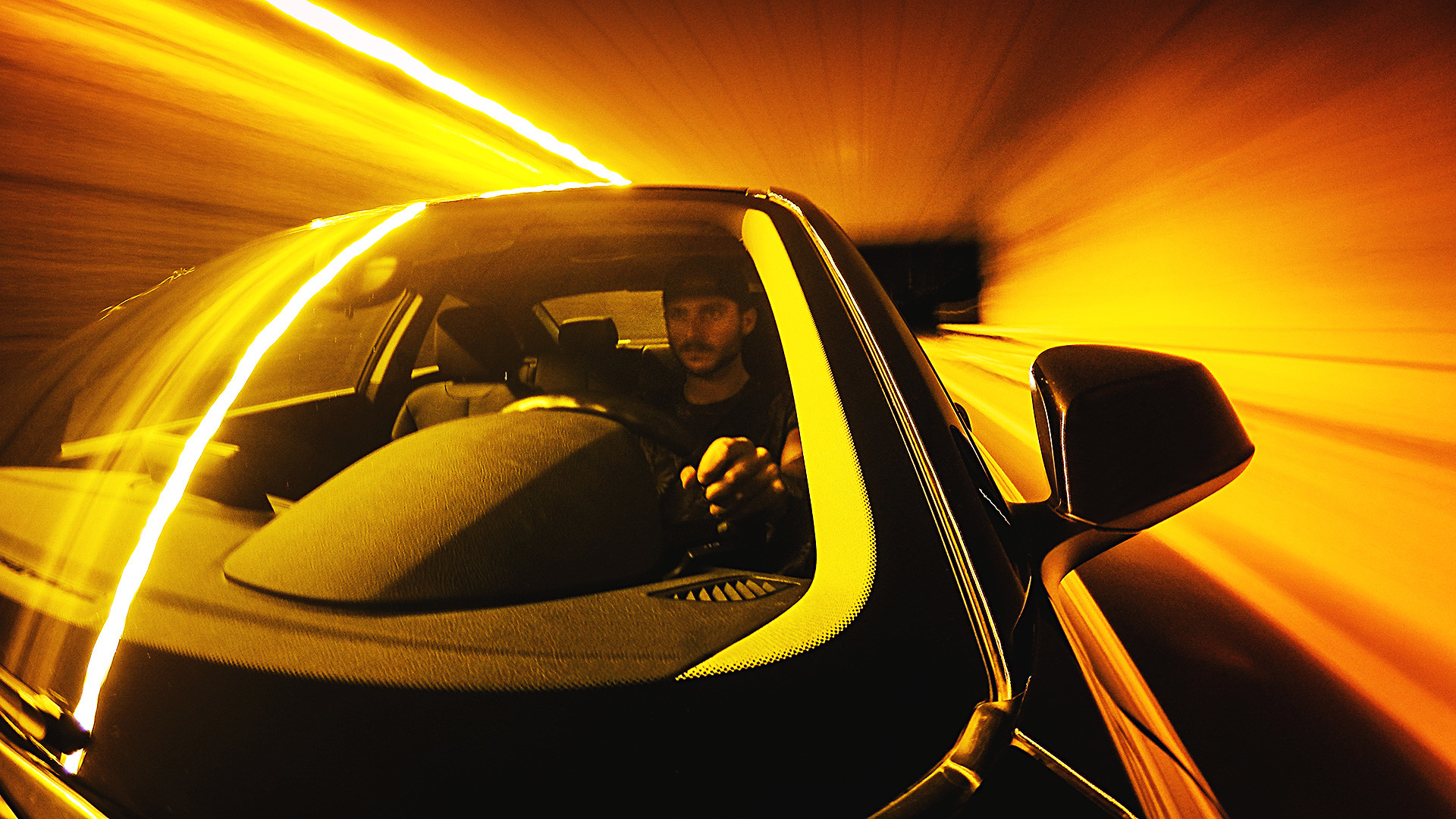 Getty Images
The first rule of street racing is: You do not talk about street racing. The second – You race fast.

The announcer exchanges a word with each driver and presents them to the public. Then everyone, except for one woman, moves behind the spectator line. “Ready?” she asks the drivers in turn. Both confirm with a high-beam flash. She abruptly raises her arms and gives the signal to go.

Thousands of drivers make up the street racing movement in Moscow. Students in Zhigulis (Ladas) and socialites in Porsches and BMWs meet once a week to slake the need for speed. Members of this semi-legal fraternity can be identified by a special sticker on their rear bumper.

The night before a race, hundreds of cars gather at Moscow’s Sparrow Hills and line up many rows deep along Kosygin Street. Both expensive foreign cars and cheap VAZ rust buckets are on view, often pimped beyond recognition.

At the head of the column stand two huge speakers, between which the flag of Moscow’s unofficial street racing movement, Speedhunters, is stretched. The black smile against an orange backdrop grins audaciously, symbolizing the courage and rebelliousness of the drivers daring to break the rules in pursuit of adrenaline.

Next to the flag and the speakers is a man with a microphone.

“Don’t drive by! Have a go at street racing! Get an overdose of positivity and adrenaline!” shouts the massive guy, as the blonde next to him gestures to passing cars to join the line of racers. Many do just that.

“We were just driving past, heard the announcement, and decided to check it out,” say two students in a crudely pimped Toyota. The giant spoiler and garish color scheme suggest that the guys are not being totally sincere about their “spontaneous” decision, perhaps not wanting to say too much to an unverified individual.

The chief puller-in goes by the name of Garpukha. Real name Andrei, he is the main showman behind the Speedhunters movement.

“There are no problems with the cops. If the races have been held for nine years since 2010 and haven’t been banned, what do you think it means? Problems can arise, but they get sorted out quickly,” says Andrei.

Despite Garpukha’s optimism, the race organizers try to avoid the limelight. “We’re not friends with the press,” the main organizer retorts bluntly, closing the tinted window of his car, evidently not wishing to continue the conversation.

The less bragging by the riders, the better for the organizers. Publicity not only swells the ranks of the brotherhood, but can lead to new problems with the city authorities. Obviously, no one needs that.

A column of hazard lights

Speedhunters is the last bastion for Fast&Furious fans in Moscow. “The hangout at VDNKh was good, but it’s gone now,” say three guys at Sparrow Hills in a blinged-up KIA. The music blasting out from their car is enough to wake the dead in Vladivostok.

“Are you racing today?”

“We’re here on other business,” says one of them and opens the passenger door of the KIA to display ten built-in loudspeakers all of different sizes. The other doors too are literally plastered with speakers.

A few minutes before 1am, the organizers start rolling up the tent, and the drivers try to figure out where they’ll be racing today. The race venue is kept in strict secrecy until the last moment. Everyone waits patiently, chatting, listening to music, or smoking hookah pipes straight from the trunk of their rides.

At precisely 1am, the organizer’s vehicle shoots past the rows of parked cars and gives the signal for them to follow. All drivers grab the wheel and merge into the living stream of traffic.

The column heads off 2-3 lines wide, leaving the far left lane for ordinary motorists. All have with their hazard lights on. That way, the elongated snake of vehicles is clearly visible even when stretching for several kilometers along Leninsky Prospekt. The organizers lead the way to the promised land.

At some point, the flashing lights huddle together. The street racers come off the main road and form a single line to navigate the interchange. One more turn and paradise awaits.

The narrow exit lane leads to a perfectly flat, wide track, off limits to everyone except street racers. An ideal quarter-mile of free, smooth asphalt. This is where things get fast.

The organizers charge a 500-ruble entry fee per ride. Judging by the number of cars, one race probably rakes in around 250,000 rubles (the organizational and other costs are kept under wraps).

According to an anonymous street racer, all the money is spent on go-go dancers, music equipment, a fire show, and the “contract” with the traffic police. “After all the outlays, the organizers have enough to cover their fuel costs,” he is quoted by the newspaper MK.

All “legal” cars have a tiny piece of colored paper stuck to the edge of the windshield, so as to identify “illegals” at the start line.

Illegal vehicles that try to dodge the entry fee are given short shrift. Two Skodas are unceremoniously evacuated under a barrage of abuse from the organizers. They may be banished from the Moscow street-racing circuit forever.

Paid-up racers drive onto the enclosed track and angle-park their vehicles along the road. There are so many cars that it takes several minutes to walk to the start line. Passions are beginning to bubble.

The endless cavalcade of cars converges at the start line, which is equipped with high-precision technology for recording lap times and detecting false starts. The drivers themselves have a choice of start signal: electronic device or race girl.

Spectators fan out on both sides of the start line. There are tea and coffee stalls, and even kebabs. Non-drivers can treat themselves to a glass of whisky or a hookah pipe. Popular street racers are cheered on by the crowd, the atmosphere is truly festive. But away from the start line, the mood is more businesslike.

"What sort of motor is it? Transmission system? Gear box?” the street racers size each other up before the race, looking for a worthy opponent. Drivers try to match vehicles by engine specification: turbocharged motors do not compete with non-turbocharged, manuals do not go against automatics.

“I take part in every race,” says Anton in a KIA Rio. “There have been four races this year already, and I won in all but one. When I lost the last time, it was a real sucker punch. Today I’m gonna put it right.”

Neither drivers nor spectators place bets. The rivalry is purely sporting, nothing more, although there is nothing to stop drivers from making private bets with each other.

Two cars slowly pull up to the start. “Bit further, bit further,” shout the organizers, lining them up to within a centimetre of the start line. “Ready?” the race girl asks one of them. The car flashes its headlights in response. “Ready?” she asks the other, who repeats the headlight-thumbs up. She throws up her arms, puts them out to the side, and gives the go-ahead. With a screech of tires and roar of engines, the two daredevils charge over the horizon.

When dawn breaks, the racers will merge into Moscow’s monstrous morning traffic, nudging forward like an arthritic snail with a heavy bag. Only the sticker on the rear bumper will identify them to fellow speed junkies.

Click here to learn how to pimp your ride' à la russe.