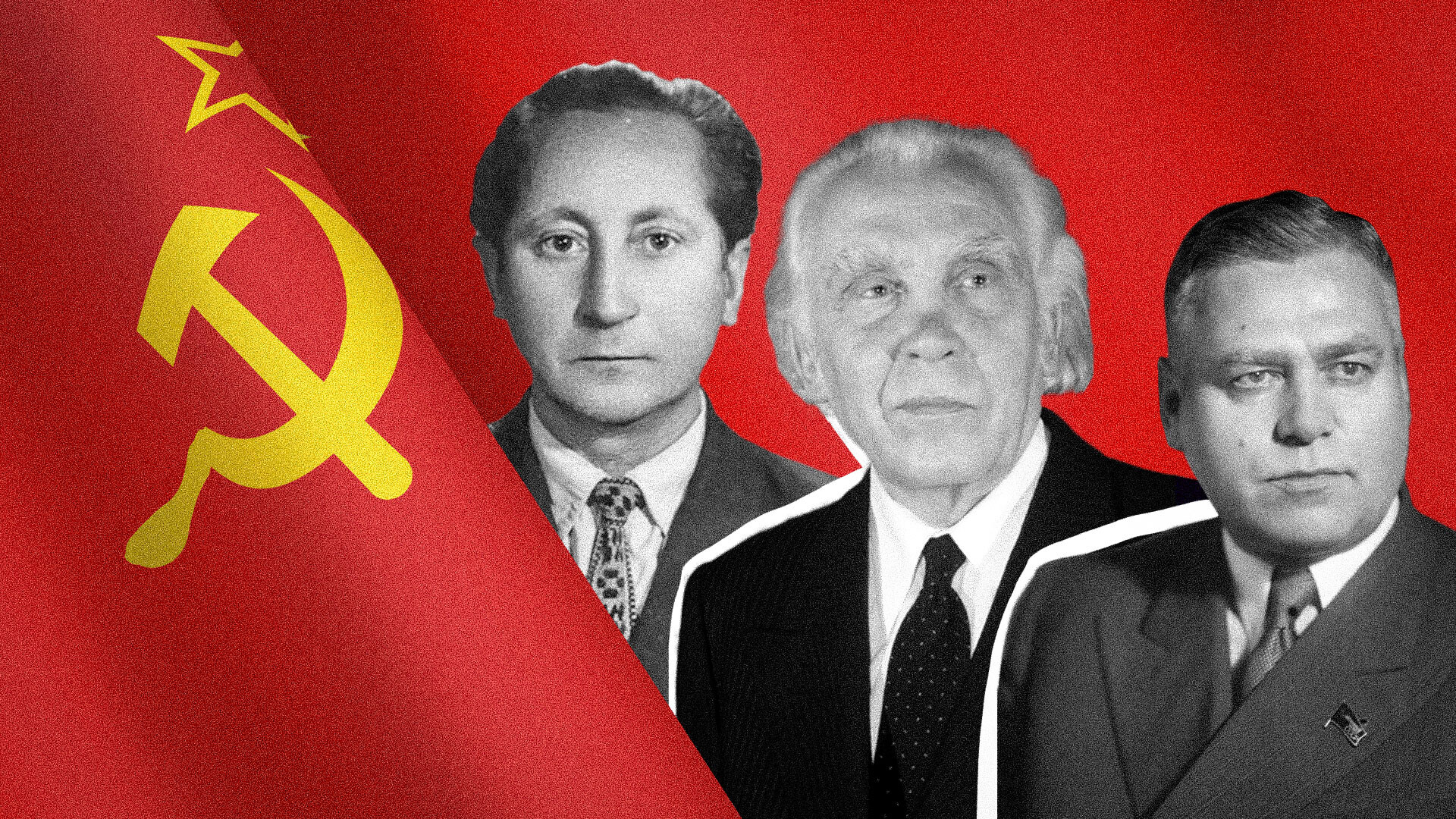 Russia Beyond (Photo: Oscar Vihandi; Vasily Egorov/TASS; Public Domain)
In the not so distant past, many representatives of Latvia, Lithuania and Estonia were wholeheartedly devoted to the “socialist workers’ and peasants’ state”. 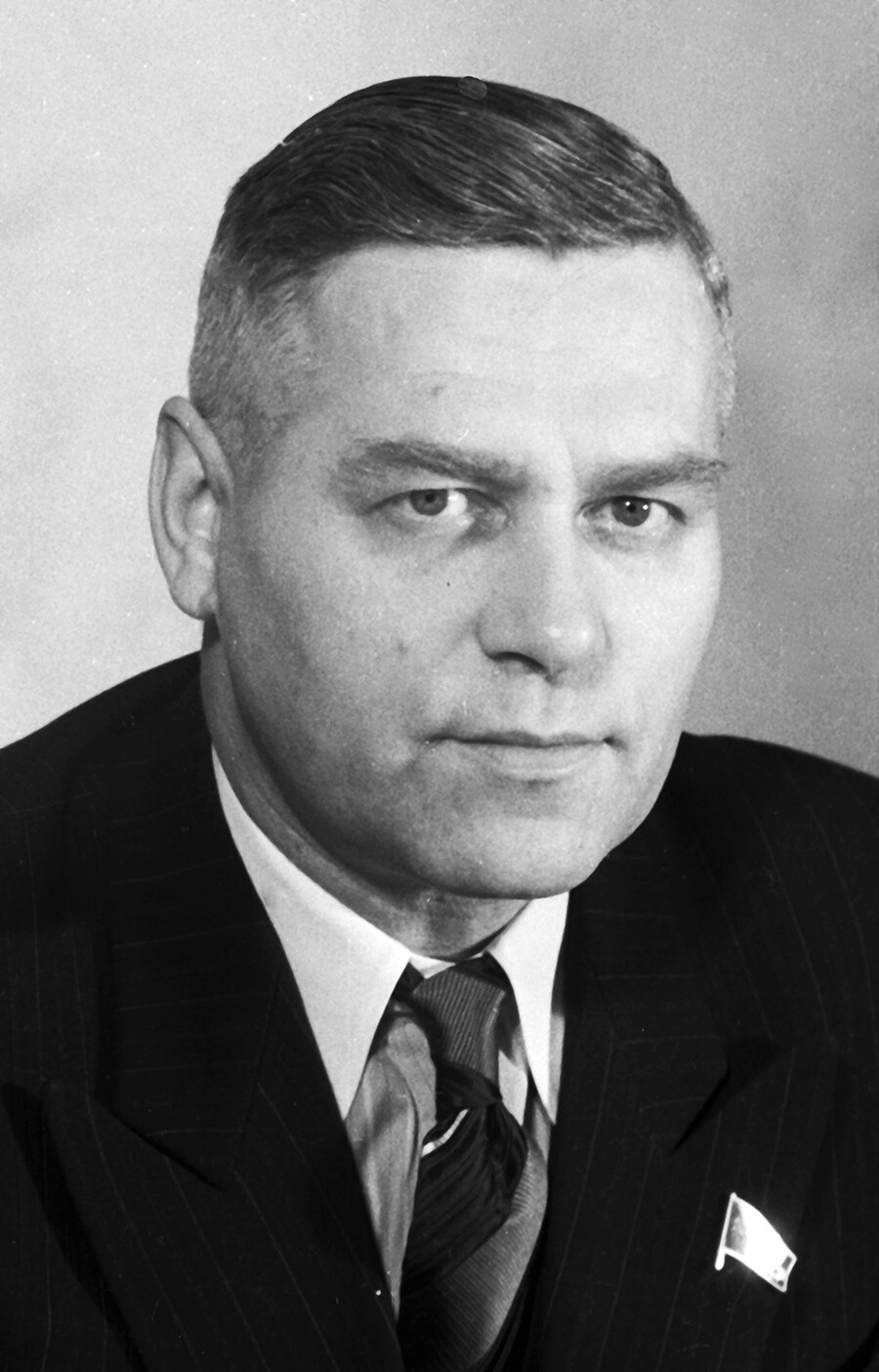 In the 1930s, Vilis Lācis was one of the most prominent writers in the Republic of Latvia. His novels ‘Wingless Birds’ and ‘Fisherman’s Son’ about the difficult everyday lives of ordinary people were immensely popular. Several theater productions based on the latter novel were put on and a movie adaptation of the book was made in 1939.

Despite his openly expressed Communist views, Lācis was not persecuted by the authorities - the country’s president, Kārlis Ulmanis, himself was an admirer of his literary work. After Latvia became part of the Soviet Union in the Summer of 1940, Lācis went into politics, becoming one of the leaders of the newly formed Latvian Soviet Socialist Republic (SSR). In 1949, when he was the republic’s prime minister, he signed a decree on the deportation to Siberia of over 40,000 “politically-unreliable elements”.

The writer, who died in 1959, was awarded seven Orders of Lenin and two Stalin Prizes for his novels, as well as many other Soviet honors. Streets, institutes and libraries were named after him, albeit renamed again shortly after the collapse of the Soviet Union. Still, a Vilis Lācis Street somehow managed to survive in the Latvian town of Saulkrasti until 2021 and a street bearing his name still exists in Moscow today. 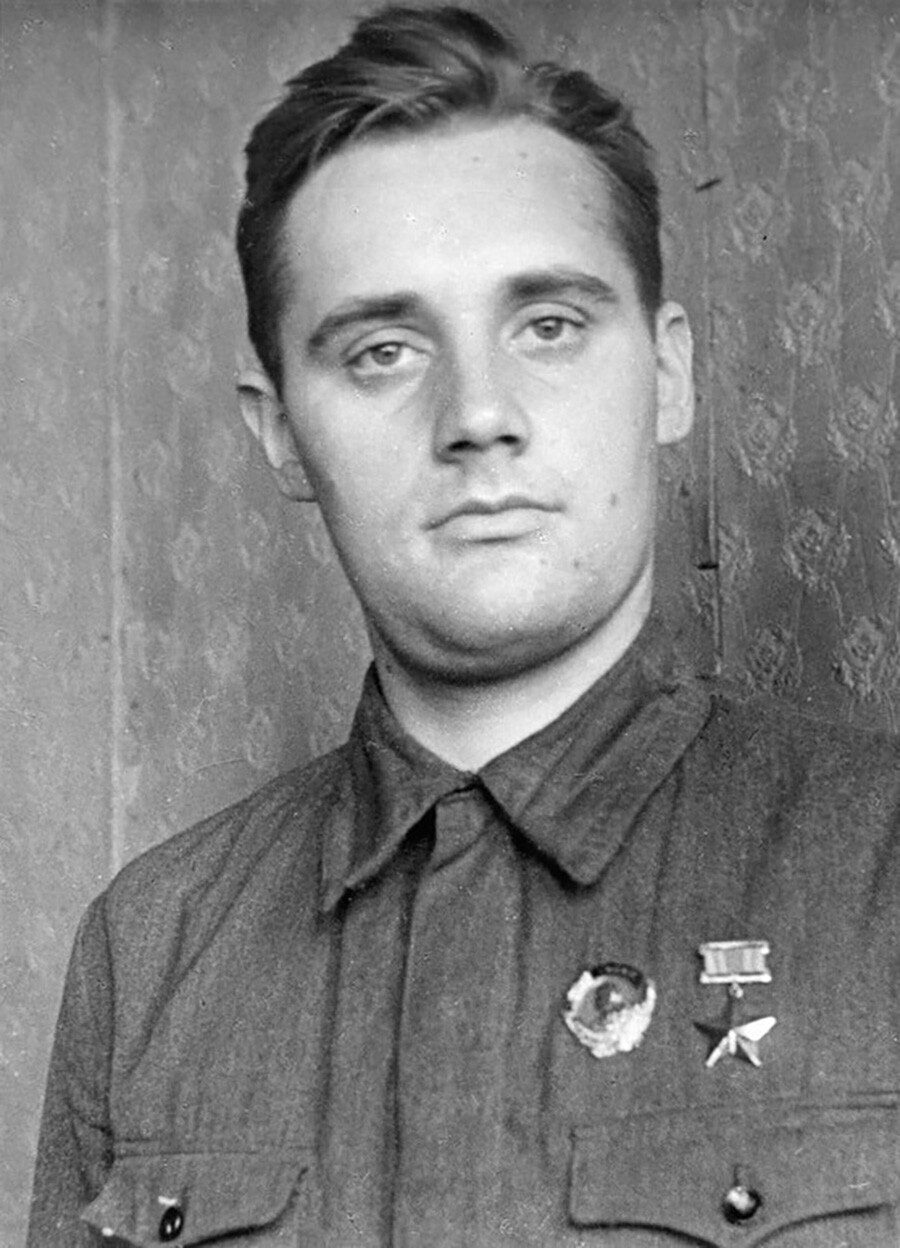 Arnold Meri, who hailed from Tallinn, received the news of Estonia’s incorporation into the USSR in 1940 with great enthusiasm. When the Wehrmacht invaded the Soviet Union, he was already deputy political officer of a radio company in the 415th Separate Signals Battalion of the 22nd Rifle Corps, formed out of the pre-Soviet Estonian army.

Meri distinguished himself in his very first battle in July 1941 in Pskov Region. The enemy had broken through the defenses and was just a kilometer away from the corps HQ, with only scattered groups of panic-stricken Soviet servicemen standing in the Germans’ way.

For this battle, as a result of which the headquarters and along with it the entire corps, were saved, Meri was the first Estonian to be awarded the title of ‘Hero of the Soviet Union’. In 1951, he was stripped of the award for asking for a review of several cases of persons who had been politically persecuted, but, after Stalin’s death, he had the title reinstated.

Many years later, there was another equally unpleasant episode in his life. In 2007, Estonia’s Prosecutor’s Office instituted criminal proceedings against the 88-year-old veteran on charges of organizing and participating in the deportation of residents of Hiiumaa Island in March 1949. Two years later, the case was dropped following his death. 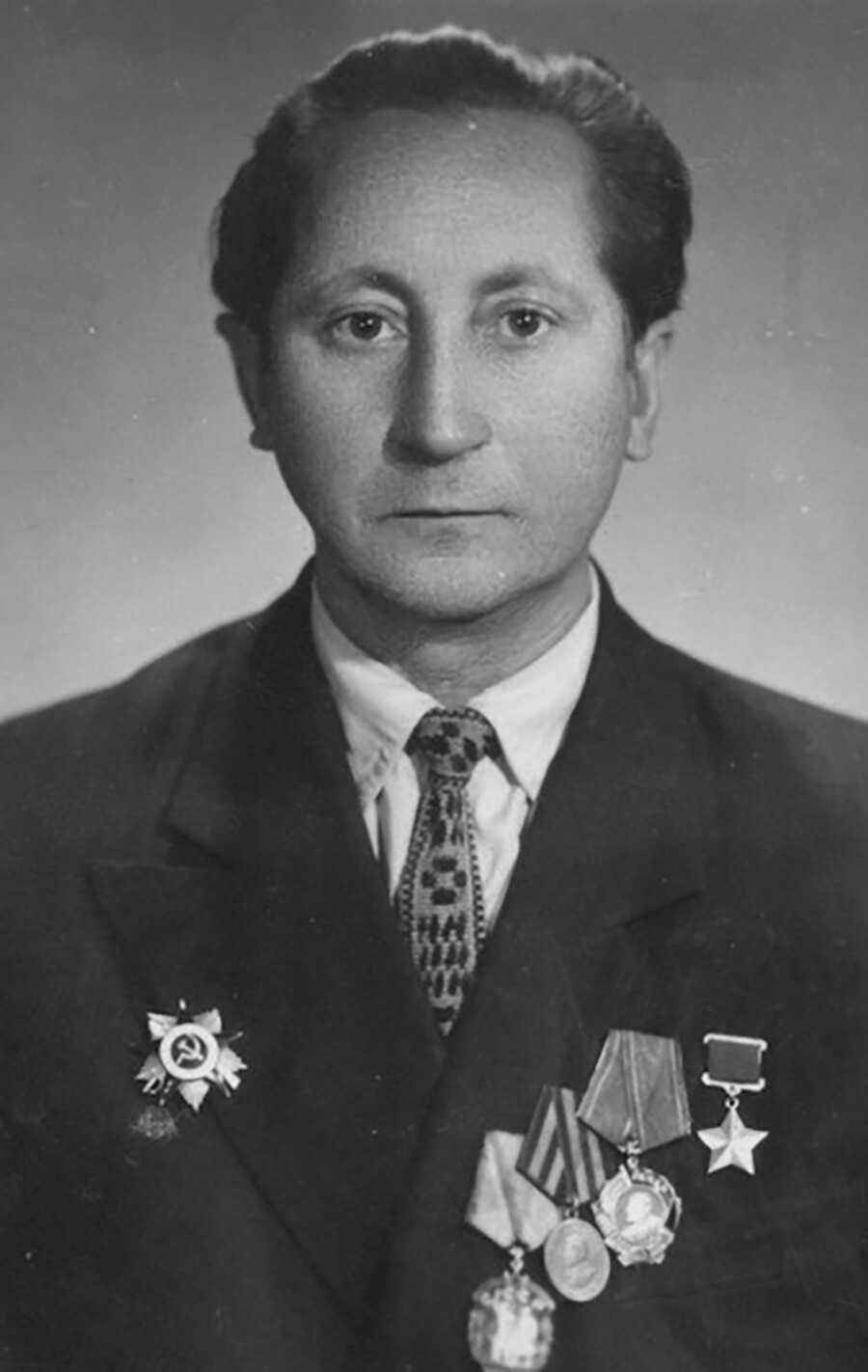 Born in Tallinn in the year of the collapse of the Russian Empire, Vaclovas Bernotėnas was the first Lithuanian to be awarded the title of ‘Hero of the Soviet Union’.

In the early years of the war against Nazi Germany, Bernotėnas found himself evacuated to the city of Penza (629 km southeast of Moscow). There, he completed an accelerated course at the Artillery School and was enrolled in the 16th Lithuanian Klaipeda Red Banner Rifle Division.

On June 25, 1943, not long before the start of the large-scale Battle of Kursk, Vaclovas, as commander of a reconnaissance platoon, received the order to capture several prisoners for interrogation from a German-held hill near the village of Nikitovka in Oryol Region. As it proved impossible to mount the operation clandestinely at night, Bernotėnas audaciously attacked the enemy in broad daylight, thus catching them completely off guard.

The reconnaissance team not only managed to take the prisoners, but also to seize important documents and a map. The commander, along with four of his men, spent several hours covering the withdrawal of the main force. In the end, he was the only one to come out alive.

Drifting in and out of consciousness and with both legs injured, the brave Lithuanian started crawling back towards the Soviet troops. He only had wild sorrel and stagnant water to eat and drink. Bernotenas took seven days and nights to get back to his own lines, although the distance was no more than a kilometer.

After the war, Vaclovas got a job at the republican library of the Lithuanian SSR in Vilnius. The fearless reconnaissance operative became the modest and unassuming head of the department of rare and early printed books. 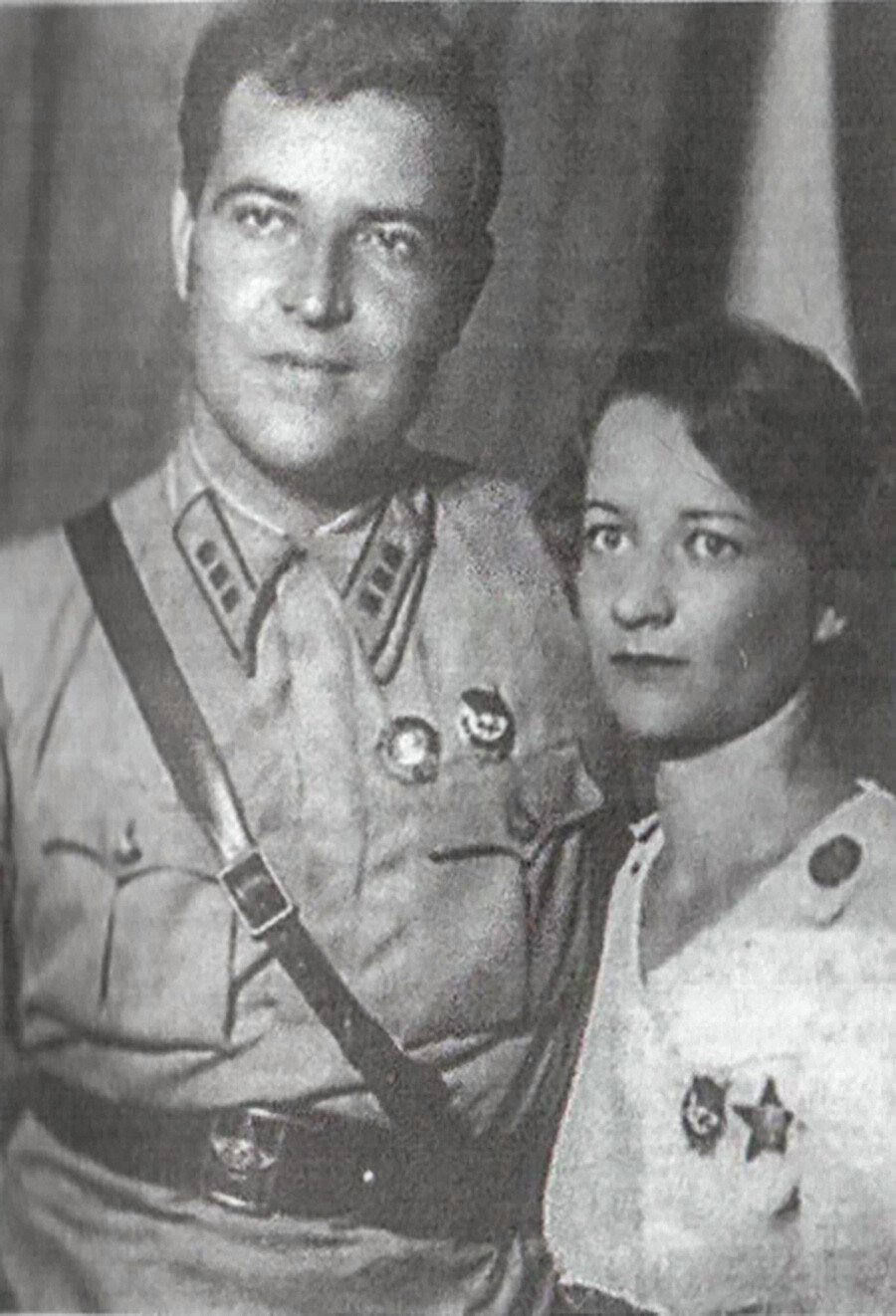 Riga-born Arturs Sproģis began his military career in the ranks of the Latvian Riflemen - among the Red Army’s most reliable and effective soldiers in the Civil War period in Russia. Even before reaching the age of 17, he managed to serve in Lenin’s security protection unit to see combat in Ukraine and Byelorussia and also take part in the unsuccessful advance on Warsaw in the Soviet-Polish War.

After serving in the border troops on the Soviet Union’s western frontier, Arturs devoted his life to intelligence work and covert operations. During the Spanish Civil War, under the name Major Arturo, he headed the intelligence department of the 11th International Brigade, trained special operations detachments and personally took part in raids behind Francoist lines. Famous American writer Ernest Hemingway took part in one such raid commanded by Sprogis.

During World War II, Arturs trained and sent dozens of reconnaissance and sabotage groups behind enemy lines, including special detachments made up of Spanish and German communists. Twenty of Sproģis’ trainees were named Heroes of the Soviet Union, including posthumously.

From 1943, Artur Sproģis headed the partisan movement in the Latvian SSR. He did not sit around in comfortable offices and, in October that year, was badly injured in an operation. Even after the republic’s territory was liberated from German troops, there was much work for him to do, since numerous detachments of local inhabitants opposed to Soviet rule - the so-called ‘Forest Brothers’ - went into hiding in the woods there.

Arturs, the recipient of 25 state awards, spent his last years in Moscow, where he conducted teaching work. He died in 1980 and was buried in his native Riga. 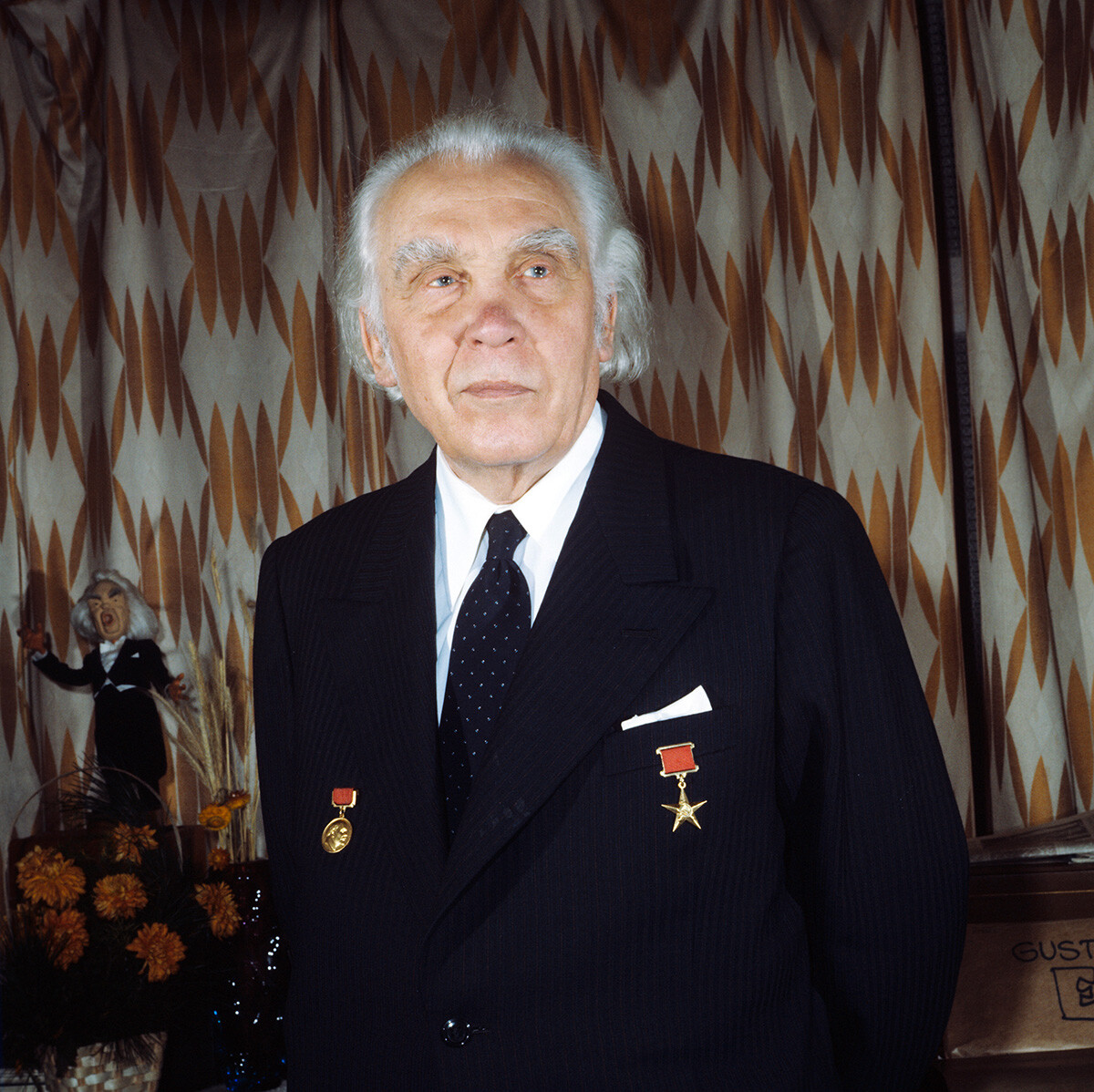 Gustav was known as the “knight of choral singing”. He was the founder and for many years in a row the director of the State Academic Male Choir of the Estonian SSR - the first such professional group in the country.

In his lifetime, Gustav Ernesaks wrote five operas, three of which were devoted to the struggle of Estonian peasants against oppression by landowners and the events of the First Russian Revolution of 1905. In addition, he was one of the individuals behind the revival in 1947, after a nine-year interruption, of mass song festivals involving hundreds of choral groups from up and down the entire country.

Gustav Ernesaks wrote the melody - very much forgotten today - to the Estonian SSR’s national anthem. These days, his music for the patriotic song ‘My fatherland is my love’ to the words of a poem by 19th century poetess Lydia Koidula is much more popular. Today, the song is regarded as Estonia’s second, unofficial national anthem.