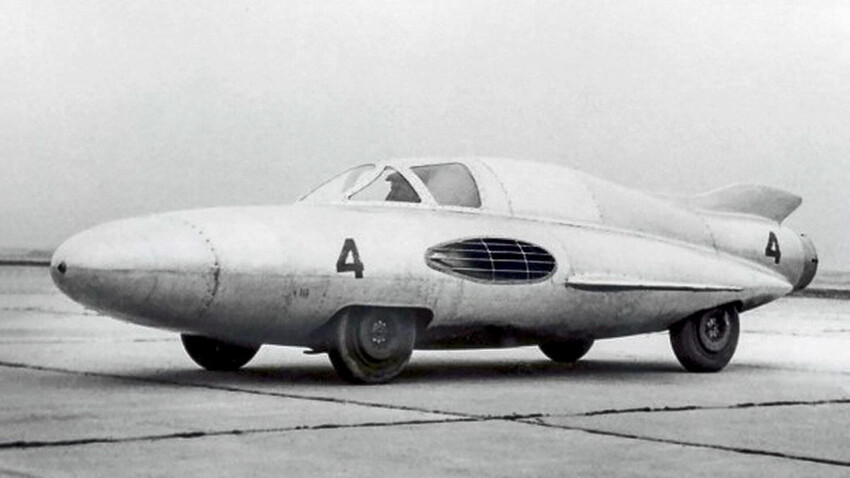 GAZ Museum Archive
The project was supposed to break the existing land speed record, but ended up in tragedy.

In the 1950s, the Soviet leadership loved breaking records (or, at least, trying to) in space and on Earth, too. To break the world speed record on the ground, a Soviet engineer proposed a very ambitious idea: to build a racing car powered by a turbojet engine.

The absolute land speed record at the time was 634 km/h set by British racer John Cobb. Soviet engineer Alexei Smolin, who had experience designing both airplanes and race cars, aimed to develop a car that would speed up to 1,000 km/h. 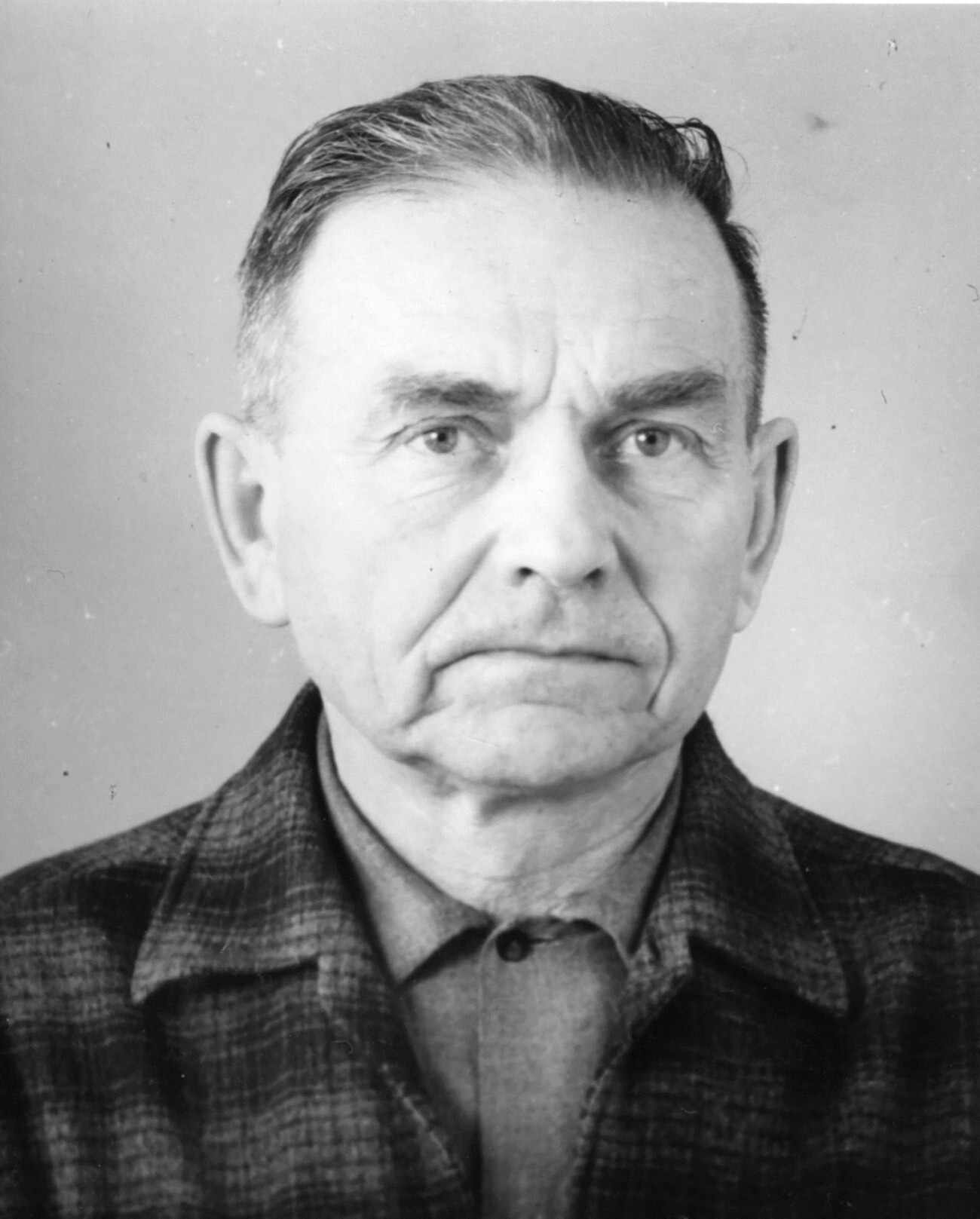 Smolin envisioned a light race car equipped with an aerodynamic body and powered by a turbojet engine. He secured the support of the chief engineer of the famous GAZ automobile factory and work began.

And, in 1954, the first turbojet car was built. The rocket-like automobile was named GAZ-SG3. 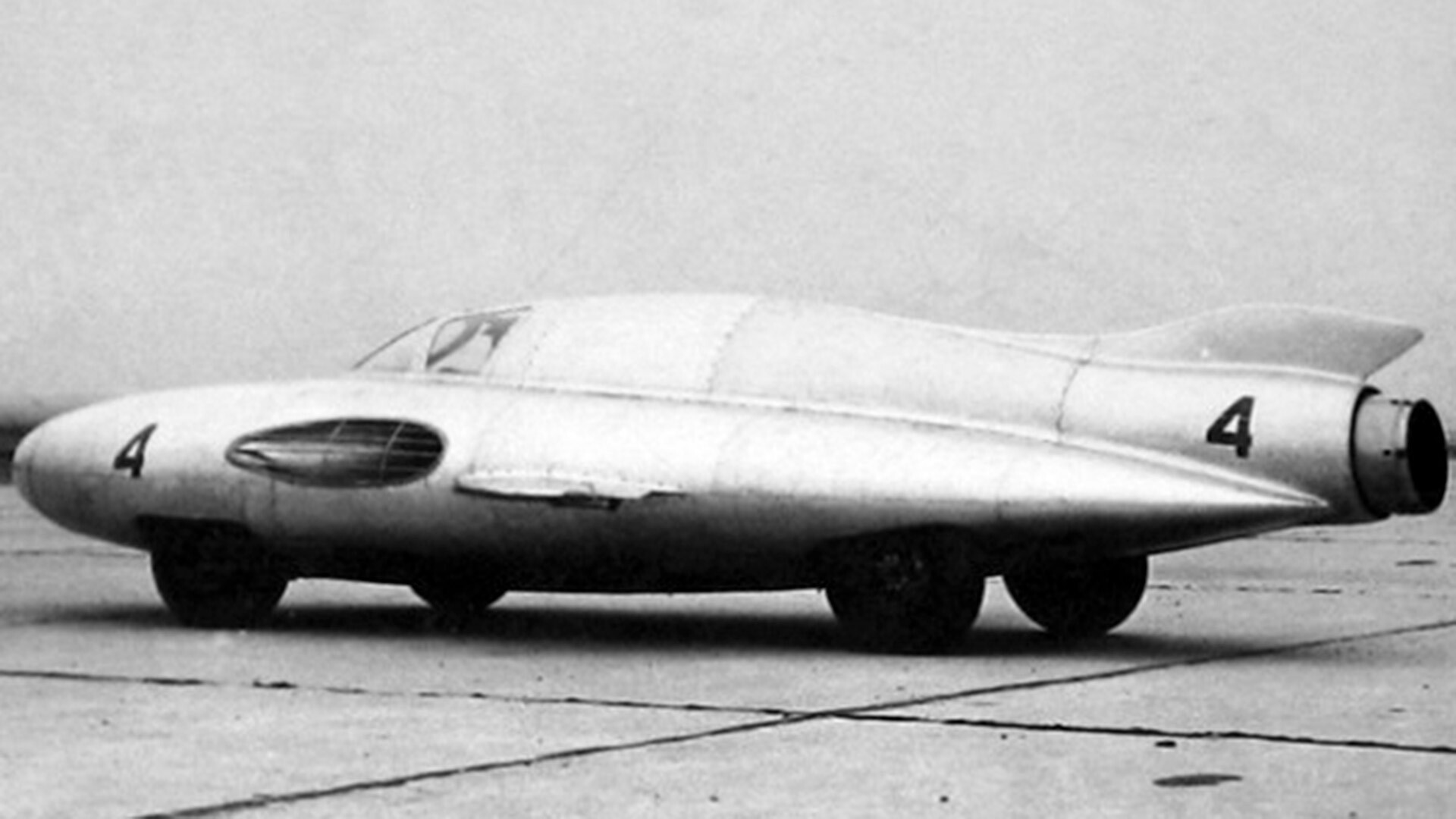 To achieve minimal weight, the body of the car was made from duralumin, a metal widely utilized in aviation and space engineering.

The car’s wheels were adapted from a MiG-15 fighter and the engine from a MiG-17 fighter jet. 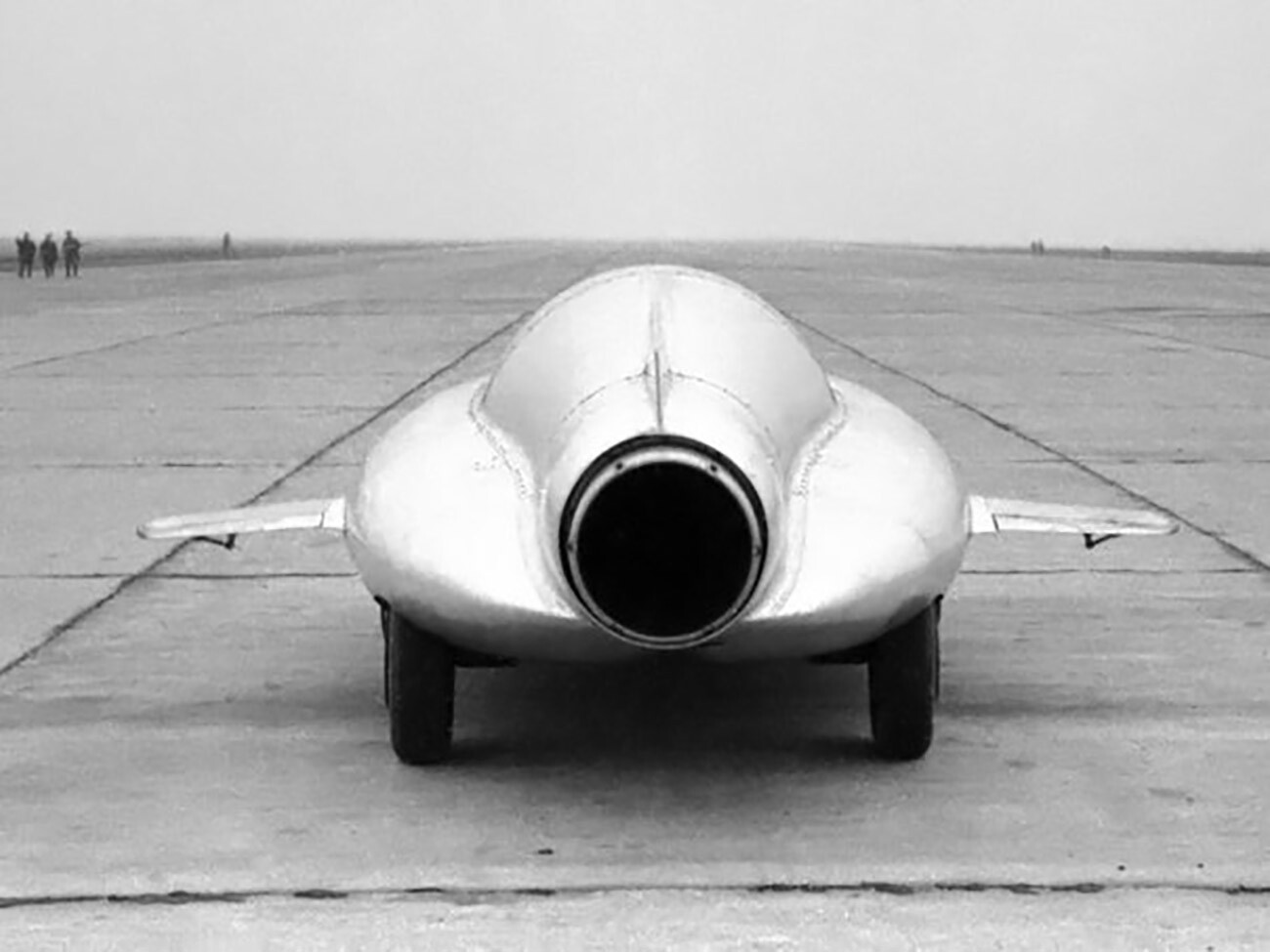 First of all, engineers had to develop proper tires that could withstand extremely high speeds. Secondly, there was a need for a proper runway where the first test drive could be performed. It turned out it was extremely difficult to find a racetrack suitable for the purpose. 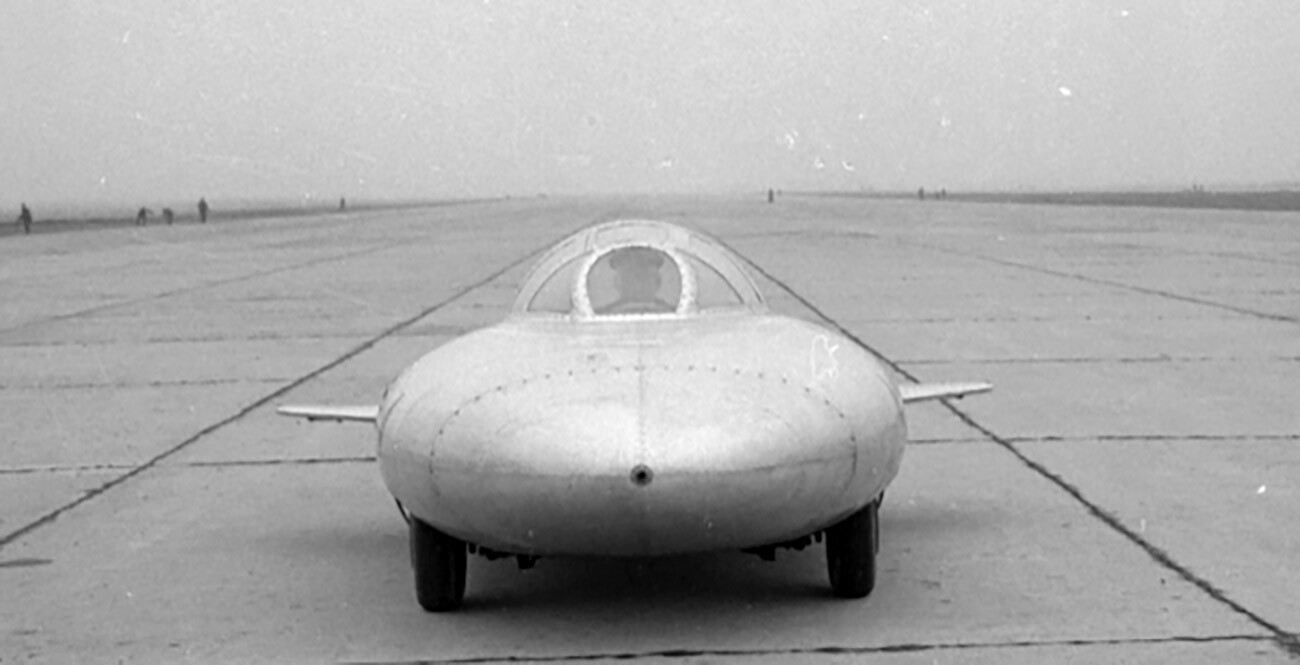 Eventually, after both problems were managed, the day of the first test drive came.

In November 1954, Soviet car racer Mikhail Metelev buckled up on the runway of the Gorky military airfield in Nizhny Novgorod and prepared for the ride.

As a precaution, engineers ordered the driver not to exceed the limit of 300 km/h during the first test ride, despite a much more ambitious goal on the horizon. 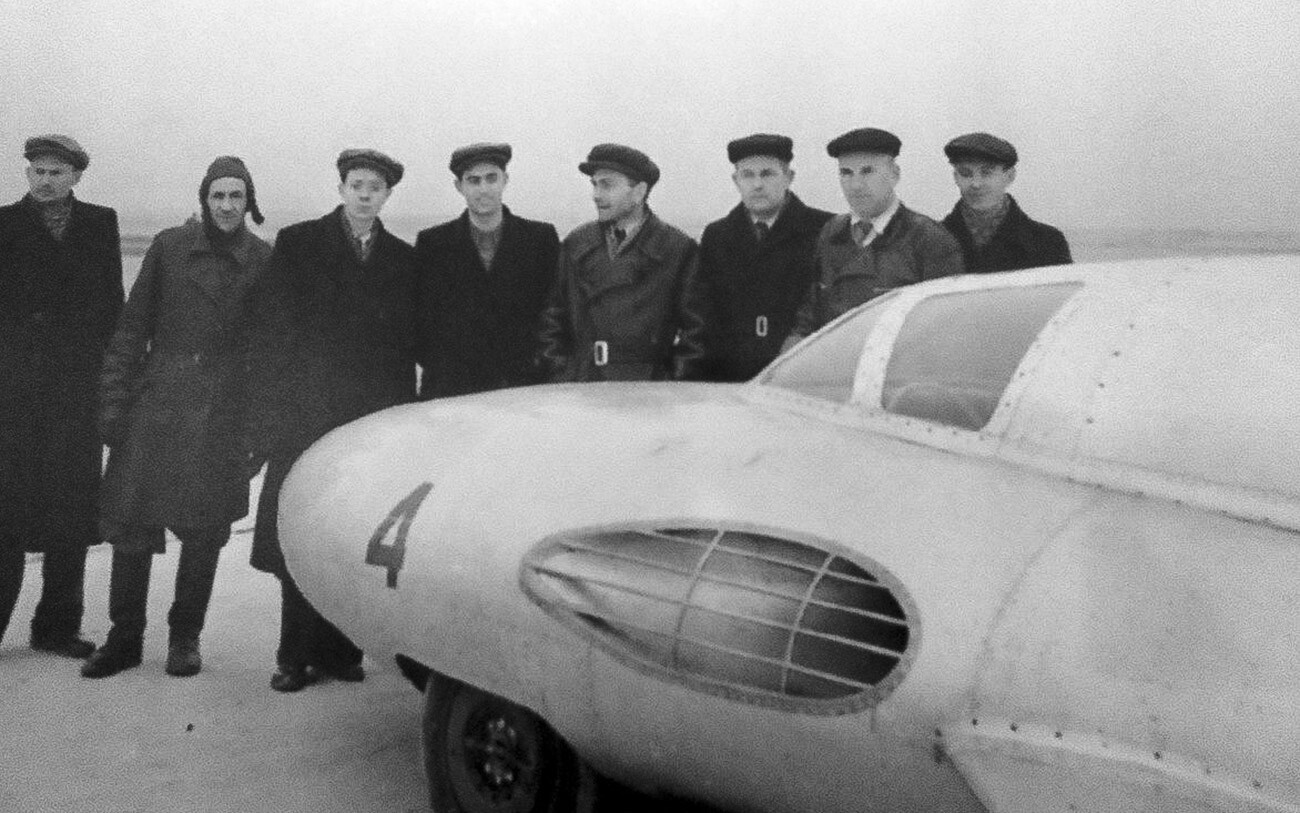 In spite of the safety measures, the very first test ride ended catastrophically. The car crashed beyond repair. Fortunately, the driver only sustained a minor injury, suffering a fracture of his toe.

Such an epic failure during the very first test drive of the first turbojet race car in the USSR was akin to a death sentence of the ambitious project.

And so, the project was officially closed in 1957. Eight years later, American racer Craig Breedlove proved to the world that the goal set by the Soviet engineer earlier was possible to achieve. Breedlove accelerated his turbojet-powered car dubbed the ‘Spirit of America’ to 600.6 miles per hour that amounted to 966.5 km/h. 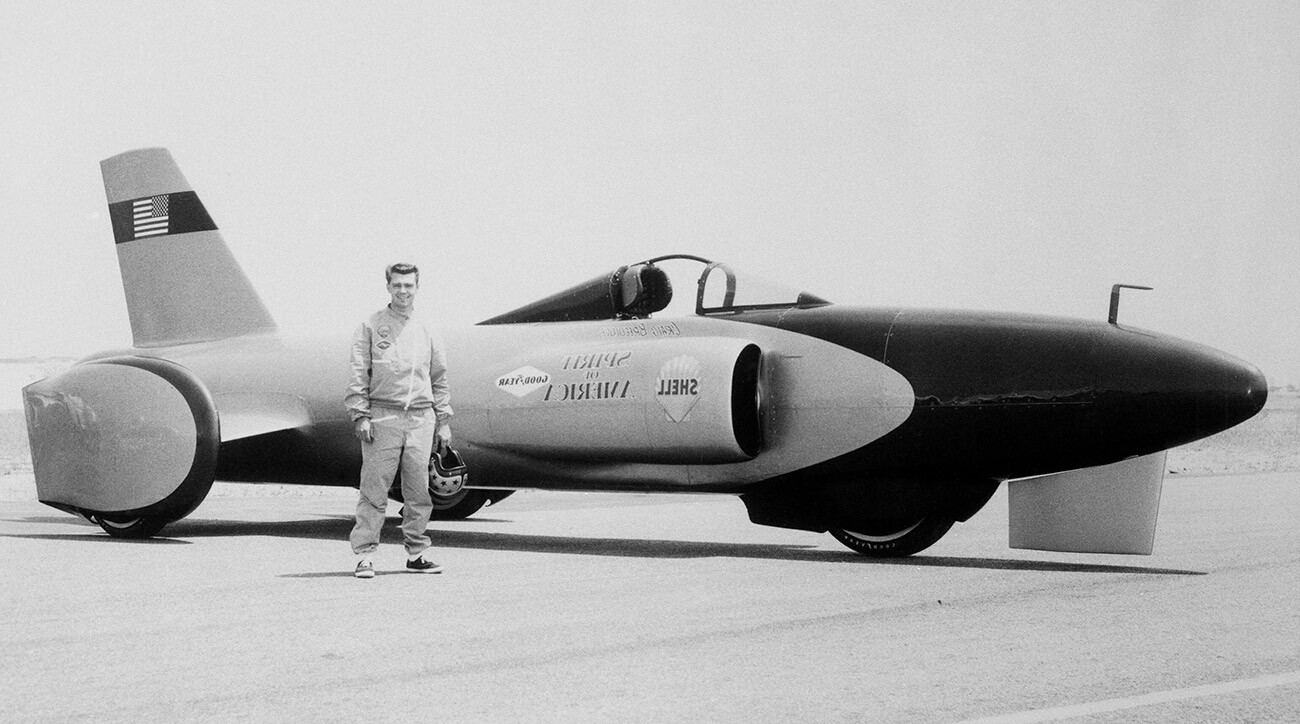 Today, the remains of the first Soviet turbojet race car are exhibited in the GAZ Museum in Nizhny Novgorod, Russia.

Click here to see the crazy design of other Soviet race cars.