Was private business allowed in the USSR? 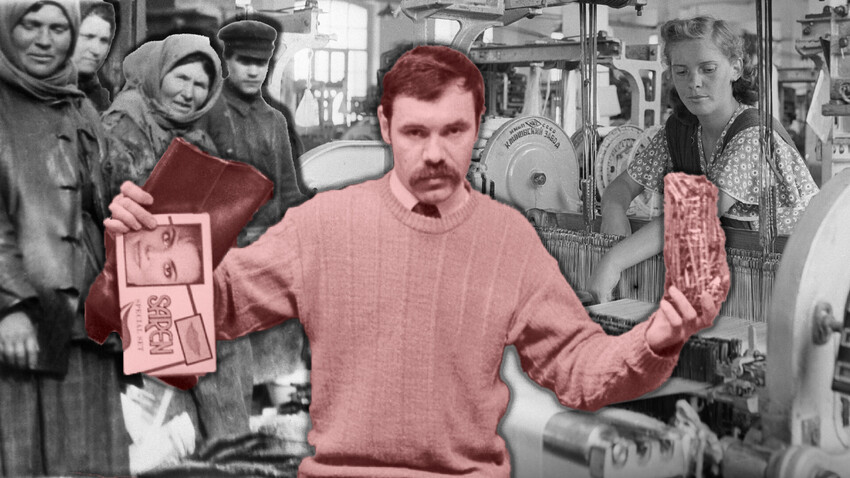 Russia Beyond (Photo: Sputnik; B. Kolesnikov/Sputnik; Nikolai Nikitin/Tass)
How did a country that despised private trade and private ownership manage to provide millions of people with everything they needed? Is it true that private business as such did not exist in the USSR? So, who, then, was behind the numerous small stores, kiosks, tailor shops, hairdressers and other small enterprises? We look into how private business continued to operate under the communist system.

There had always been tradesmen in Russia: In cities, they were the shopkeepers and merchants, while, in villages, they were known as korobeiniki (‘peddlers’), because they peddled goods “from the korob” (‘tray’, ‘box’). However, the 1917 Revolution put an end to private trade for a while. The Bolsheviks declared entrepreneurs of all types to be a relic of the bourgeois system against which they had fought so fiercely. The ban didn’t last long, however.

Was it possible to have a private business in the USSR?

The popular myth that private trade was fully banned by the Communist Party is only partially true. Looking at the entire 69-year period of Soviet history, it turns out that even under the Bolshevik regime entrepreneurs had their “golden age”. And it happened shortly after the establishment of the communist system. 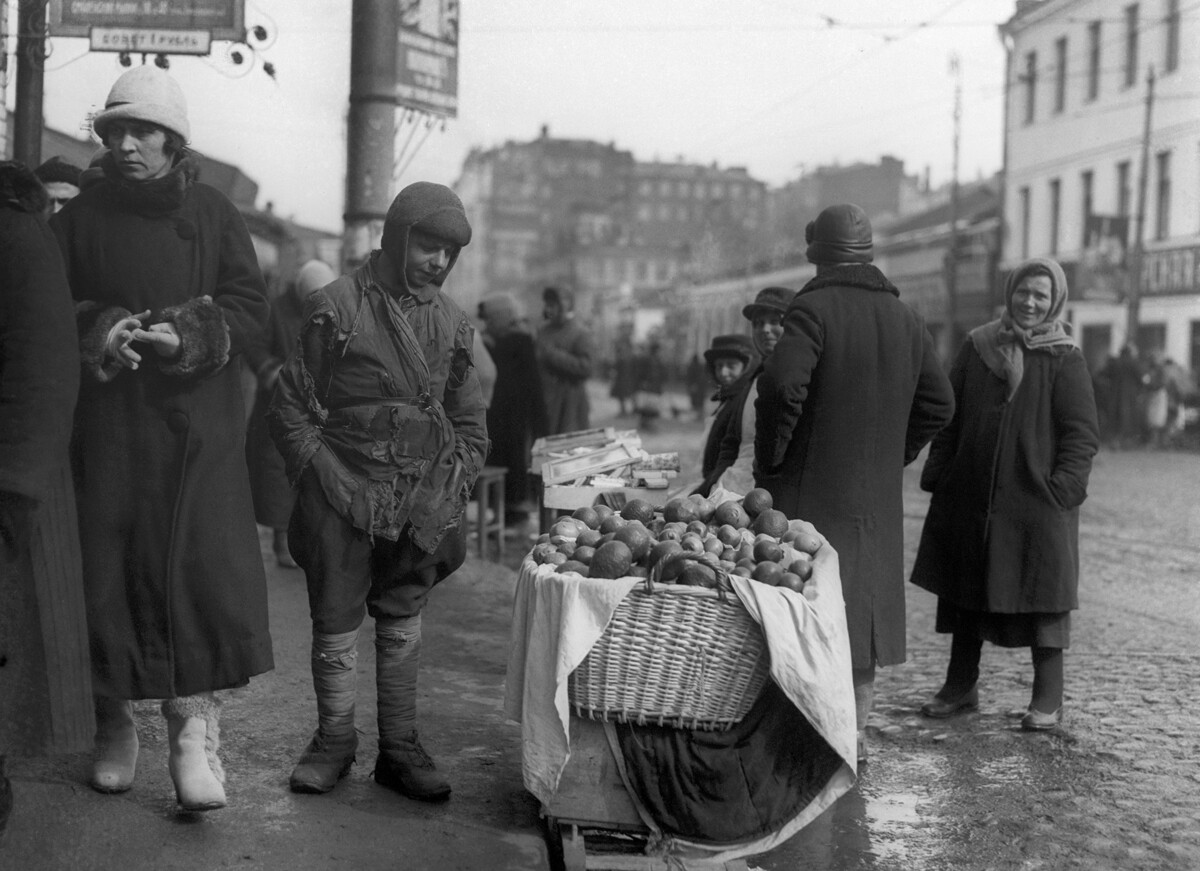 Exhausted by revolutions and civil war, Soviet Russia faced an industrial crisis, starvation, unemployment and crime. It was decided to lift the country out of ruin with the help of reforms known as the ‘New Economic Policy’ (NEP). It not only allowed private businesses to operate, but also provided tax breaks and incentives. The authorities had to forget about ideological contradictions for a while, in order to revive the economy quickly and stop the people from rising up against them.

For example, a farmer could now sell any grain left over after paying the tax that was due. It was a strong incentive to produce more. 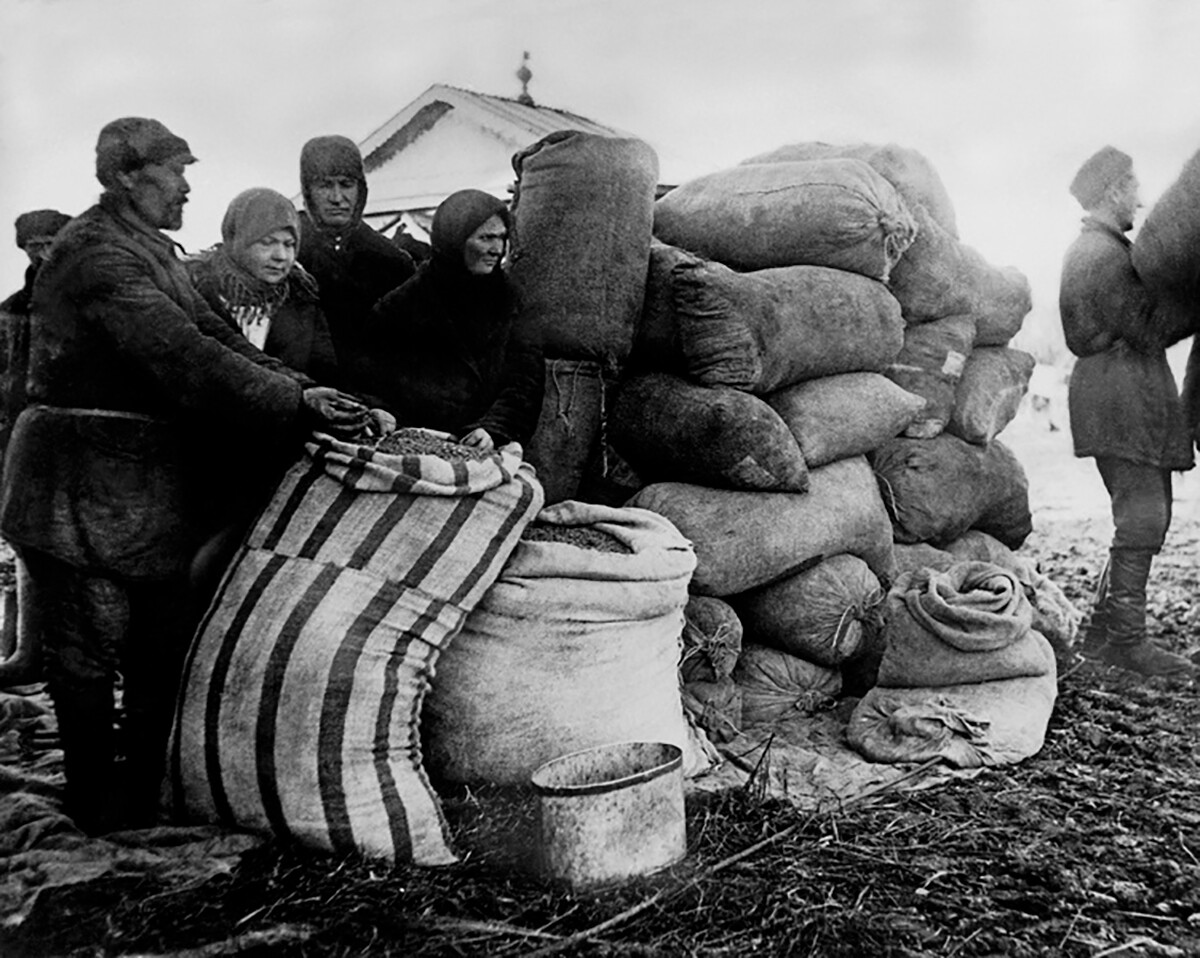 A decree on the complete nationalization of industry was also revoked: From now on, a private entrepreneur could own small enterprises, attract foreign capital, lease major enterprises from the state or lease his own facilities to the state. An entrepreneur could hire up to 100 employees. And, instead of payment in kind, workers were paid in real money again. To enable this, the Bolsheviks even restored the banking system. The practice of cashless barter exchange between town and village also gave way to market relations. The so-called ‘NEP-men’ actively resold farm produce in the towns and manufactured goods in the countryside. 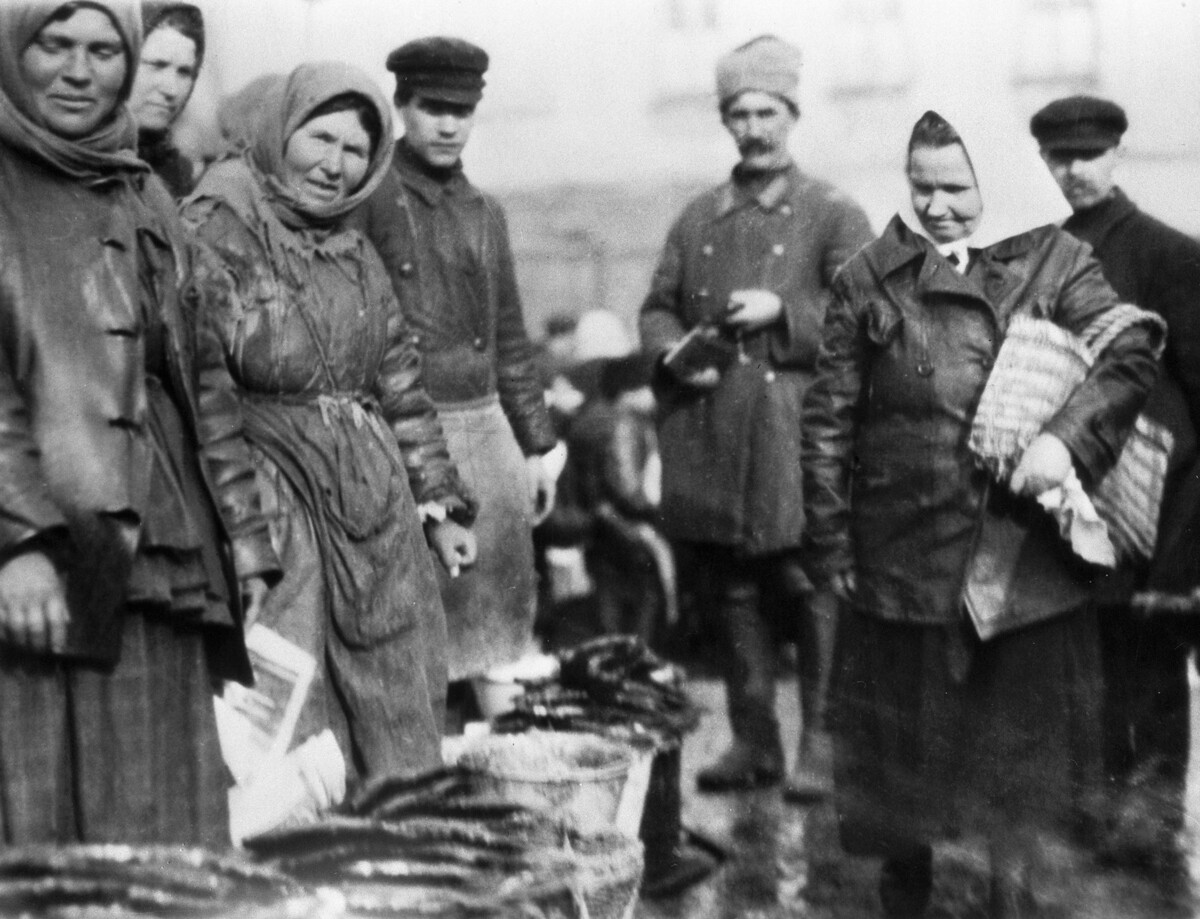 Also, many artisans joined forces to set up artels (associations of artisans). Artels were the driving force of the economy for many years.

Artels were associations of individual artisans who sought to gain a larger share of the market through joint efforts. “Artels at this time were being set up by enthusiasts and people lured by the smell of money. And the new authorities encouraged such ventures, because they saturated the country with goods and services and gave work to people who would not have found it easy to get a job in a state organization,” says Aleksandr Khrisanov, a researcher who specializes in Soviet industry. 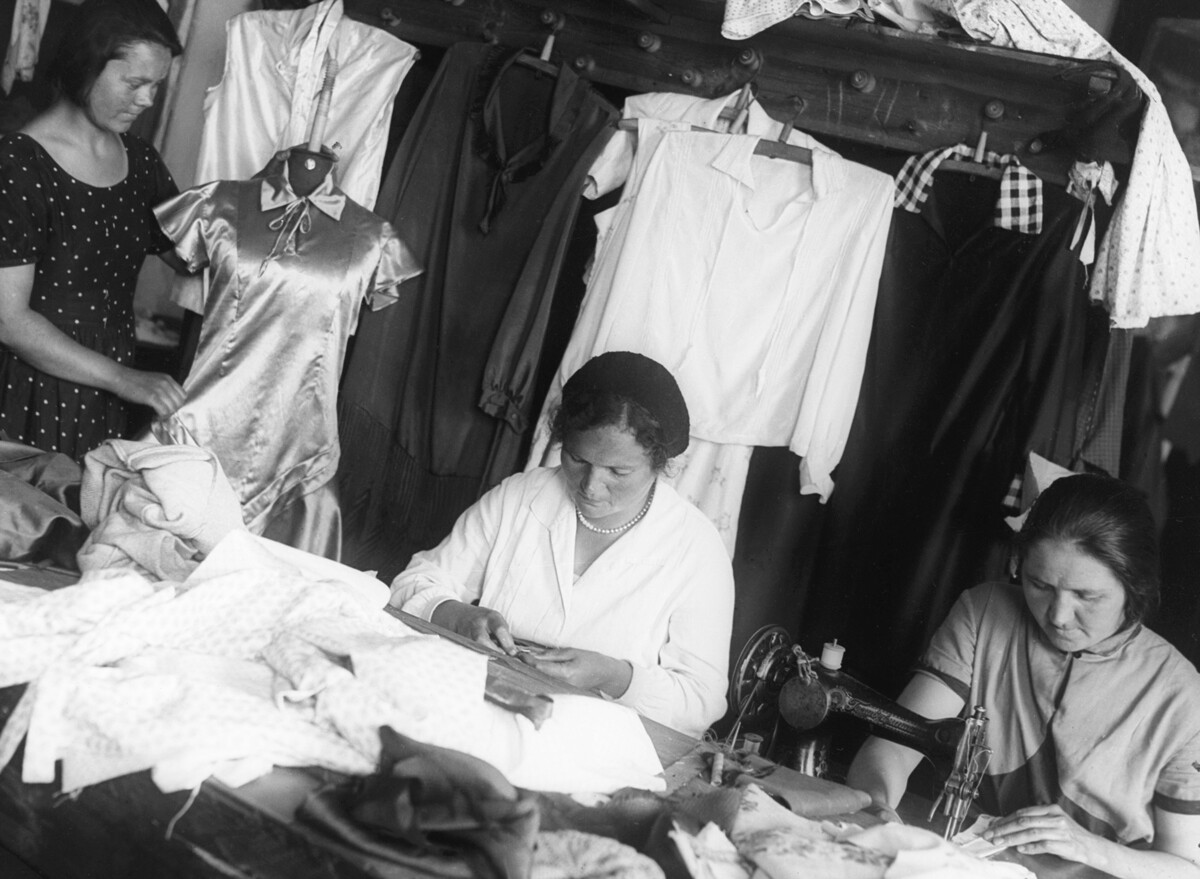 The property of artels was pooled. “If, say, an artel was set up by a group of carpenters, each would bring their own saw and hammer. If more elaborate equipment was needed, it was bought with bank loans. The money earned was distributed at a general meeting and there was no ceiling on earnings,” Khrisanov explains.

For private entrepreneurs, it all ended on October 11, 1931, with a decree that banned private trade. But, artels did not fall within the ambit of the decree.

Who was in charge of business in the USSR?

In the late 1920s, the country declared a policy of industrialization - the development of industrial enterprises. Private entrepreneurs’ growing capital was by now more detrimental than useful to the already firmly established Soviet system. As for artels, they fitted in with the course towards Socialism. So, the state decided to take them under its control. 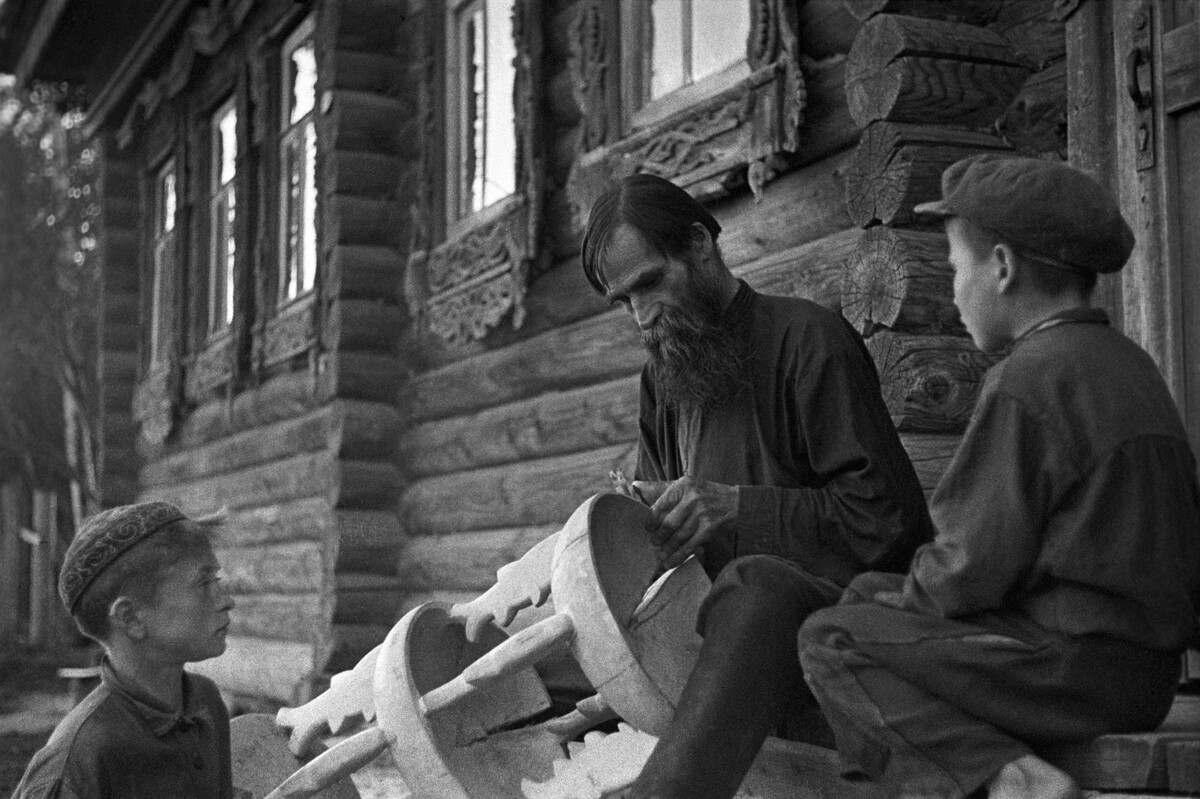 “All artels were obliged to join sectoral trade associations, submit their balance sheets and pay their workers according to standard wage-rates. Artels with a large workforce were required to set up Komsomol and Party organizations,” Khrisanov says. People from outside ran such artels - officials from the political-administrative nomenklatura. 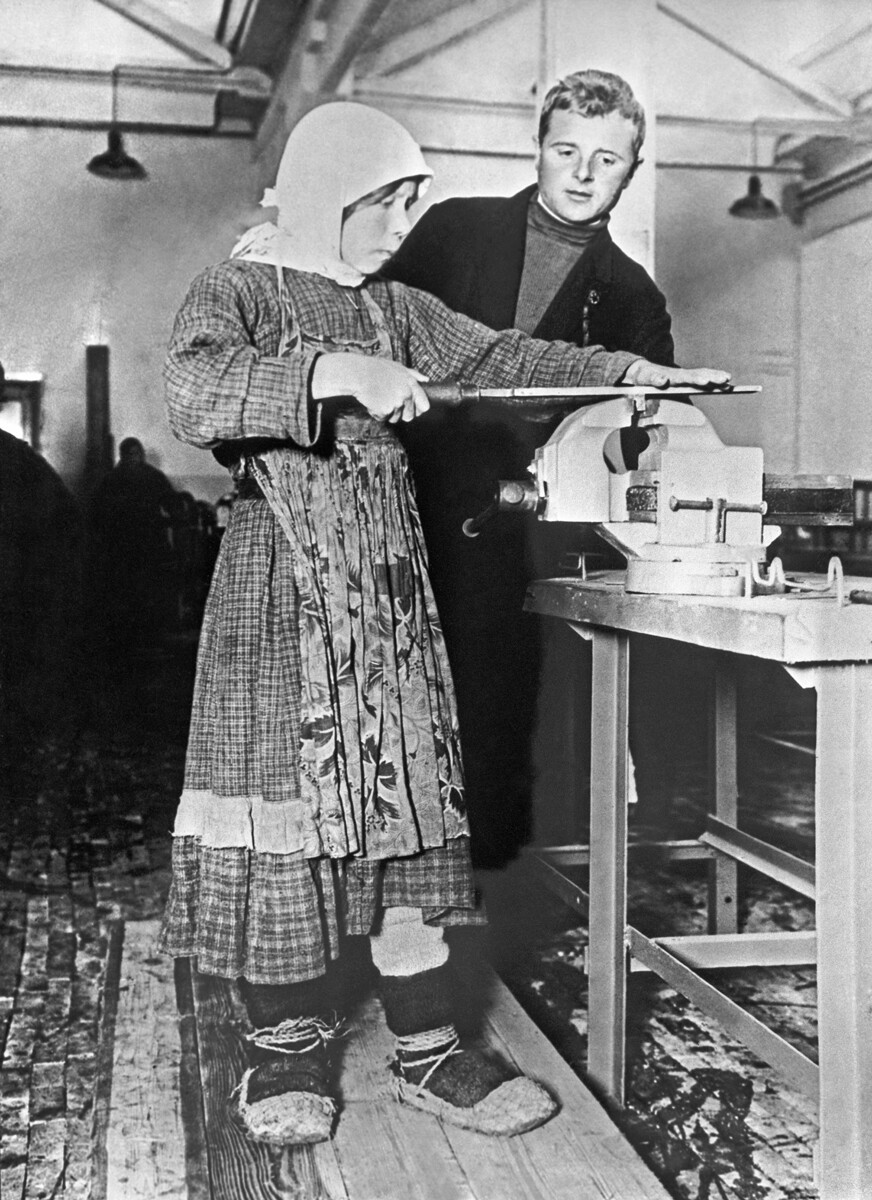 By the beginning of the 1950s, the USSR had 12,660 producer artels. But one would not go so far as to describe their members as businessmen. The state fixed prices for the goods the artels manufactured and imposed output plans on them, dictating what they should produce and in what quantities. For instance, in 1941, the Party resolved that the output of artels must not be more than 10 percent more expensive than comparable state-manufactured goods. And, in wartime, there were as many as six resolutions specifying how much the wooden spoons that the artels were turning out for the army should cost.

What happened to the most successful businesses?

Under the new rules, many artels closed down, while the Soviet authorities converted the most successful cooperatives into state enterprises. “In the 1930s-1940s, artels only survived where the party and government permitted them to operate,” Khrisanov says. “There were sectors in which it would have been unviable to set up state organizations. For instance, artels of cloakroom attendants provided services to theaters. And there were also cases of the state setting up whole factories on the artel model.” 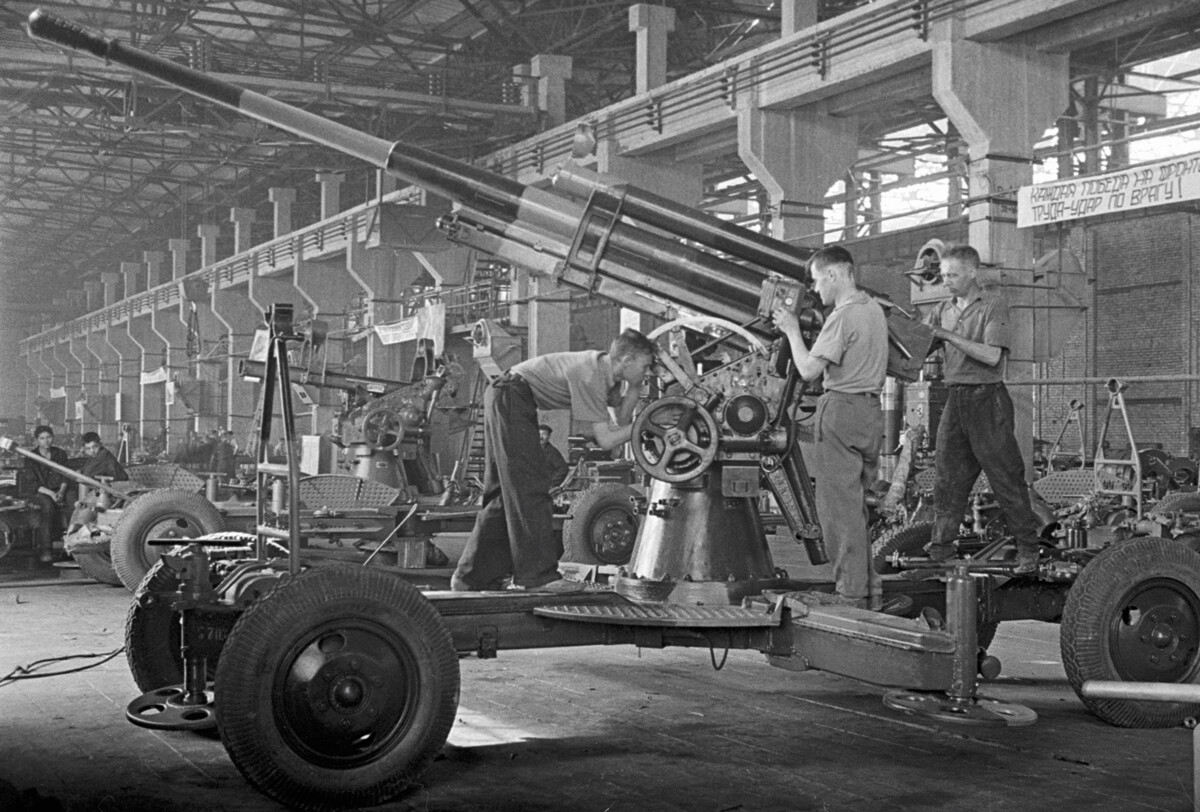 These artels turned out a large quantity of goods, including technologically complex products. For instance, the ‘Radist’ plant, which manufactured Soviet TV-sets, had an artel past. Or take the ‘Primus’ artel, which made assault rifles for the front - in 1944, it was recategorized as a factory and became wholly state-owned. During the war years, artel members supplied the front: They made army greatcoats, protective covers for aircraft, ammunition and consumer goods for the home front. They were all essentially subordinated to the state order system, serviced the social sphere and were involved in the main “construction projects of Communism”. They remitted 60 percent of their profits to the state in taxes and “reinvested” the remaining 40 percent into the expansion of their own production facilities, the provision of bonuses to their workers and the improvement of their living conditions.

When was all business activity made unlawful in the USSR?

But even the successful artels found things extremely problematic. They were treated as “scapegoats” by the bureaucrats in charge of economic management. The cooperatives were habitually criticized - either for failures to meet state targets, or for poor quality work, or for an unwillingness to take account of state interests. And every now and then life was deliberately made difficult for them. 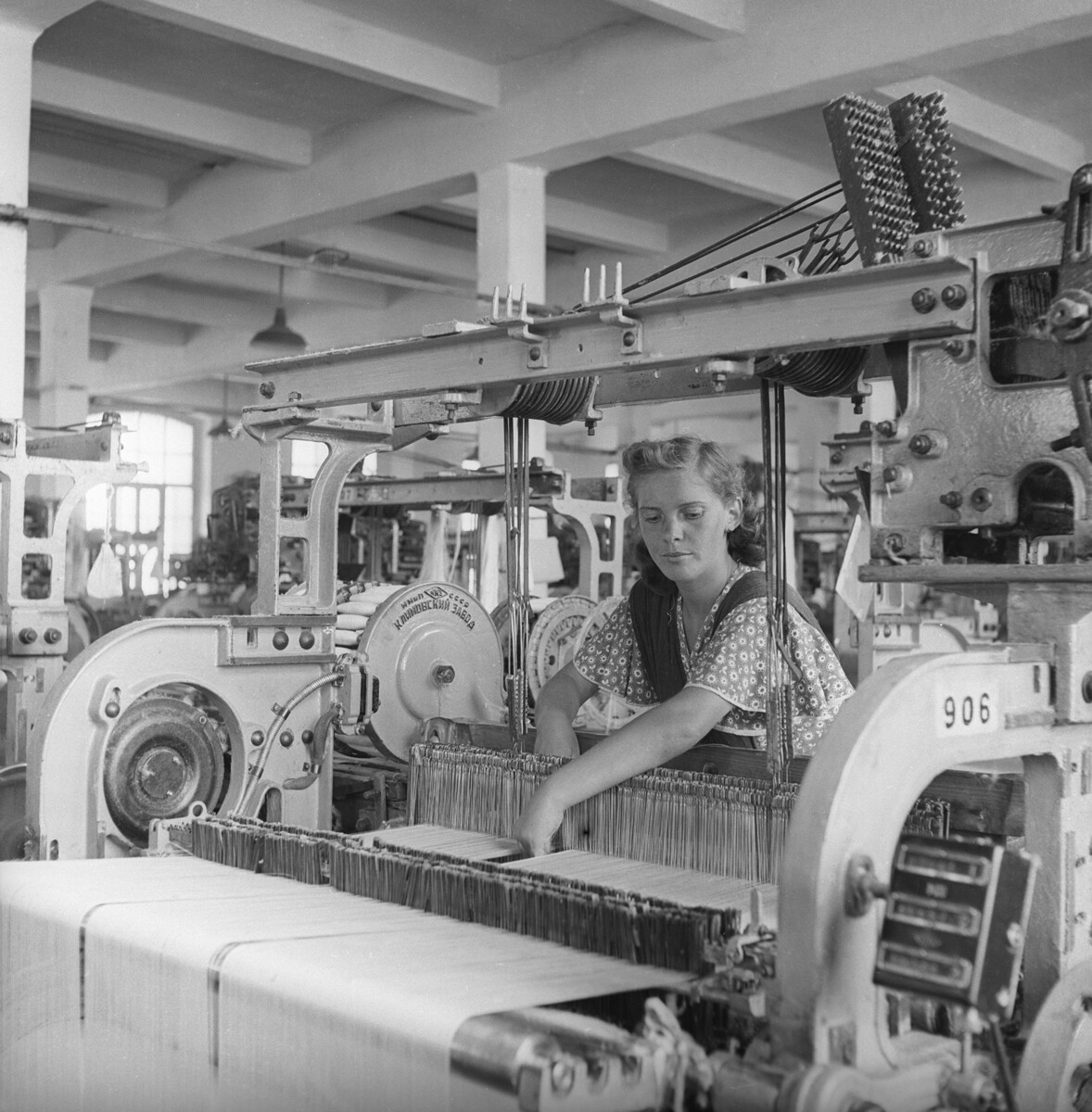 Here is a description of what it was like to work in a garment-making artel: “My grandmother became a bookkeeper at a garment-sewing artel in the late 1940s and she described many times the lengths they would have to go to to obtain fabrics, threads and wool. The state would allot scarce raw materials to artels according to the ‘whatever’s-left-over’ principle. So some of the materials, frequently stolen, were purchased off the books for cash. The artels used to earn cash by selling unaccounted products (goods rejected as defective and written off) on the black market. And, from time to time, the heads of artels would be jailed for this ‘private business’,” Khrisanov recalls.

Read more: How people in the USSR got their hands on SCARCE goods (PHOTOS)

In the end, the view prevailed that the artels had excessive funds at their disposal. In 1960, all the remaining cooperatives (i.e. those that hadn’t yet been nationalized) were banned, except for those that had been set up by disabled workers or by gold prospectors. Stagnation and shortages then ensued in the USSR - and this was, in part, the consequence of the destruction of the artels, since a large number of supply chains had been destroyed. From that moment on, there was only one businessman left in the country - the state.

In the 1980s, during the perestroika era, fartsovshchiks appeared in the streets: These were young people who traded Soviet vodka, caviar and other items with foreigners for foreign goods (cigarettes, badges, pens, lighters, music records, jeans, etc.). They sold the latter unofficially with a big markup to the Soviet population. The fartsovshchiks would frequently earn more in a week than their parents did in a month. This unofficial business became possible thanks to the partial lifting of the Iron Curtain, although it remained illegal. 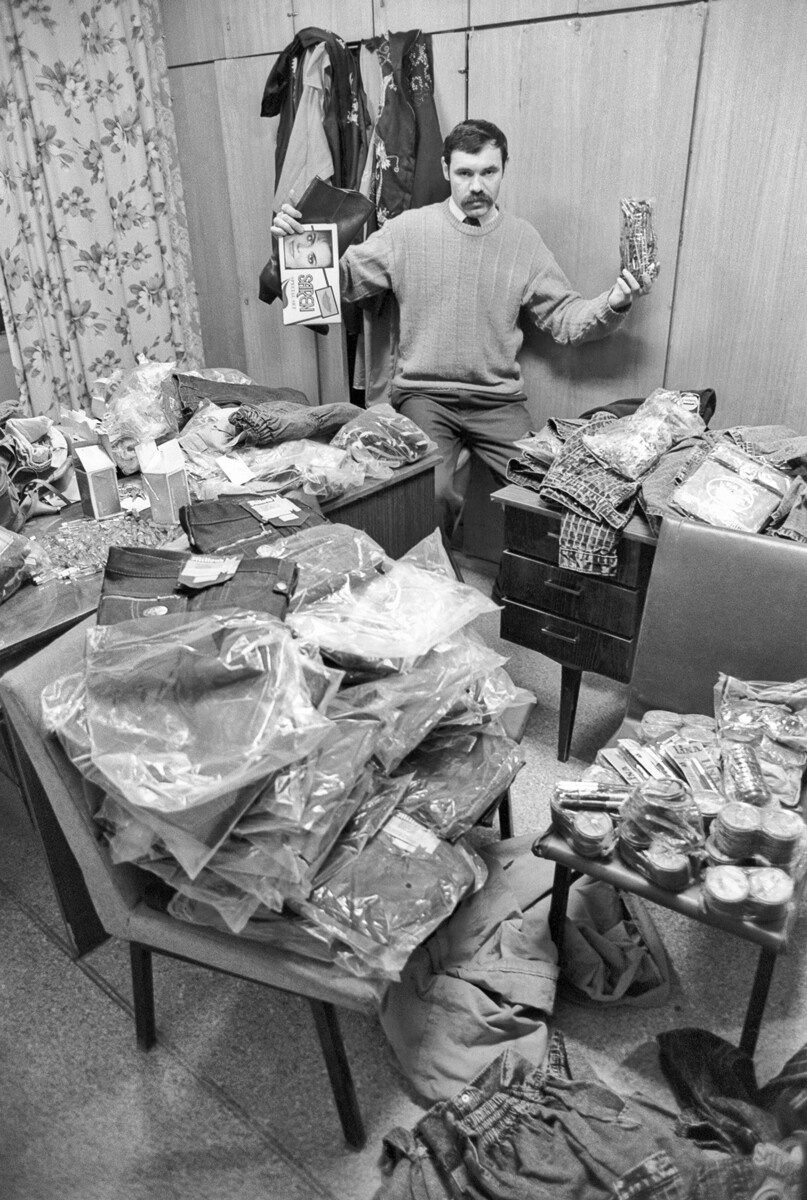 A law was passed in 1986 allowing people to earn a parallel income in their free time, away from their main employment. But, these earnings needed to be based “exclusively on the personal work of citizens and their families”. This made tutoring and private taxis possible in the Soviet Union. At the same time, members of cooperatives were still regarded as class enemies. And it was only on May 26, 1988, that a law was passed allowing cooperatives to engage in any activity that was not unlawful, including trade.