How to get arrested in Russia: 7 tips from crazy Russian criminals 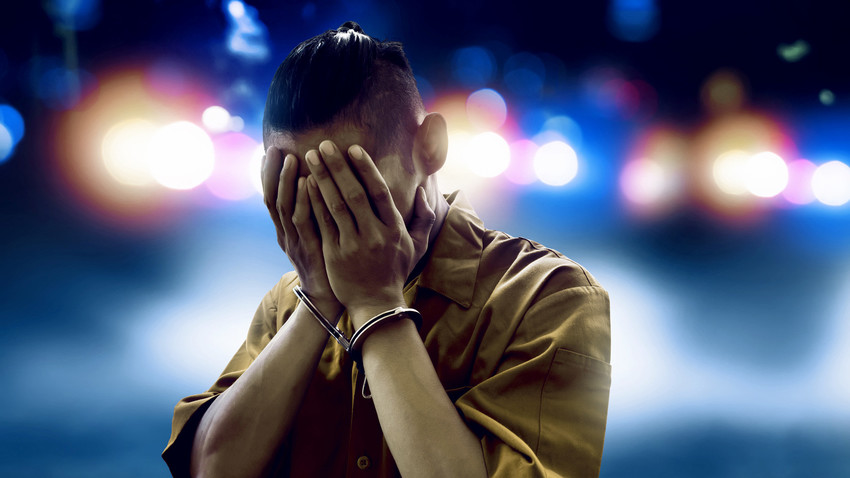 How to get arrested in Russia: 7 tips from crazy Russian criminals

Legion Media
Lack of planning, excessive greed, and an explosive temper – just some of the traits of the funniest criminals in Russia. Wannabe lawbreakers should stand up and take notice of this lot, there are some serious lessons to be learned.

Are you an aspiring gangster? Rule number one: A diligent criminal always makes the first move. Strike first, ask questions later. Apparently this is the only way to survive the harsh realities of St. Petersburg’s streets.

One particularly crazy criminal in the city got a little carried away though. While walking with a friend he noticed a stone statue adorning a historic building looking at him “in a cocky way”... so he took its head of with one solid punch. He was arrested the next morning, still holding his aggressor's head.

Source: General Directorate of the Ministry of Internal Affairs of Russia for St. Petersburg

The finest criminal masterminds will tell you that planning is everything. But is it, really? Thinking of a robbery? Just follow your gut feeling like this guy and strike while the iron is hot. Just make sure there isn’t a shop assistant around to apprehend you after it all goes wrong.

You can’t have all the money in the world, even the likes of Pablo Escobar knew this. But when fortune smiles upon you, some people find it hard not to get greedy.

A man from Rostov-on-Don (1,000 km south of Moscow) was lucky enough to notice a local ATM malfunction: It was issuing 5,000 notes instead of 1,000 notes. So he did what any sane person would do and withdrew all his money, taking home fives times more in the process to the tune of $17,000.

His luck ran out though when the police sent him to the slammer.

Take a look at this man, also from Rostov-on-Don, who gives creativity a whole new meaning. He’s quite the craftsman. The magician was able to create four 5,000 ruble notes ($330 in total) from three 5,000 notes ($250). Confused? He took advantage of the bank offering to issue new banknotes for damaged ones, by cutting three in two and taking three halves to the cashier, who duly swapped them for three crisp notes. He then went home and glued two of the remaining halves together, and voilà, four banknotes!

After he did this several times, the bank caught on and he was arrested. Lesson: Don’t do things by halves.

A director of a sports school in Severomorsk was upset with his meagre salary, so he did the noble thing: Created a bogus football team, made himself manager, and took home a 65,000 ruble ($1,120) monthly wage. He was soon found out though - the players he signed up had already left the school! Ouch. The devil is in the detail.

Why risk stealing hard cash from a bank? Skip the middleman and loot exactly what you would have spent the money on. Like this guy, who smash and grabbed a sex toy. Unfortunately for him, the police caught up with him inch by inch...

Why risk stealing hard cash from a bank?

Ah, the good old horse thief. Stealing cars is way too new age for some people - nicking stallions is much more fun.

A man from Kizel (1,600 km east of Moscow) was drinking beer with his comrades-in-arms one evening when he saw a circus pony that had been left unattended by its owner. Naturally, the Russian Zorro couldn’t resist the temptation and stole it. He didn’t gallop too far though - he soon found out that police cars have more horsepower.