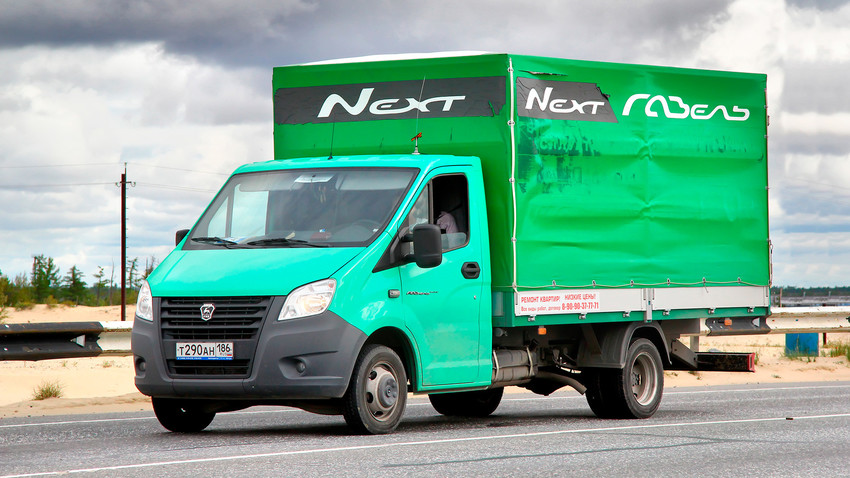 This is how GAZelle Next looks like. And there probably is Tetris inside!

Legion Media
Gorky Automobile Plant (GAZ) has revealed that the classic arcade game can be played on the dashboard of some GAZelle Next vans made in 2017.

Remember Tetris? The classic game first released in 1984, created by Russian game developer Alexey Pajitnov and exported from the Soviet Union to the U.S. Gaming may have moved on since those days but sliding and rotating falling geometric shapes so they fill gaps never gets old.

If you’ve lost your old Gameboy or your Nintendo is broken, fear not – you can now play the game on the GAZelle Next’s dashboard. In case you don’t know, it’s a model of Russian van!

It’s pretty unlikely you’ll start playing Tetris on the car’s dashboard accidentally: To launch the game you need to carry out a sequence of rather strange actions. As one driver explained on Youtube, you need to turn the ignition on, press the right indicator three times, flick the lights onto high beam twice, and then put your foot down on the clutch five times…

Sounds difficult? Well, if you manage to do this don’t get too excited - a couple more steps are required. Rev the engine to 3,000 rpm and press the left indicator...Tetris should then appear on the dash, and you can play it by using the indicator as controls.

Of course, most people would probably prefer to play the timeless classic on their phone or Gameboy – playing Tetris on the car’s dash is only possible when the car is parked by the way. Trying to get a high score while cruising down the motorway was considered a little too dangerous.

In fact, GAZ’s press office advises against playing the game on the dashboard at all in case drivers break the indicator switches. It begs the question - why was the game installed in the GAZelle Next in the first place? Well, GAZ says this: “The game helps to quickly and precisely check the processor’s functionality and display.”

Sadly, the game isn’t installed in every GAZelle: Tetris is set up on the car’s dashboard during the factory check up but only a few vehicles are lucky enough to be sold with the game.

Naturally, the news has sparked several memes, as with everything in Russia! One online user compared the game’s complicated setup sequence to a “fatality” in Mortal Combat.

Another user mused over how such an option might look on the dashboard of a Tesla car, which is, to put it mildly, slightly more advanced than a GAZelle Next. Elon Musk, take note!