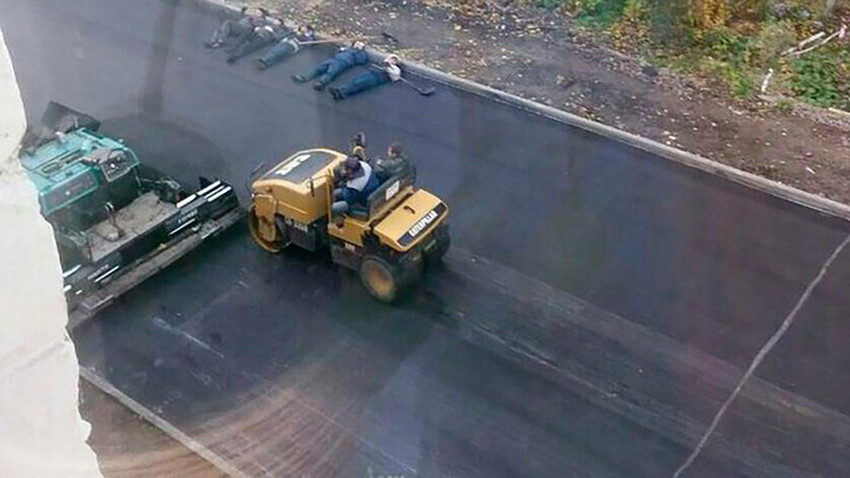 The photo was presumably taken in Saratov (a city on the Volga River) and published on Vkontakte, the Russian equivalent of Facebook. In the comments beneath the picture, users shared their thoughts on the photo.

Some assumed that since it was already cold, the five simply wanted to warm up. While others felt obliged to defend the roadworkers. “Has the asphalt been laid well? Yes! Has it been done smoothly? Yes! Bugger off then! The men are just having a rest,” wrote one user.