Lifestyle
Alexandra Kravchenko
Here are some urban legends about what possibly happens in the Russian capital after midnight. Believe it, or not! 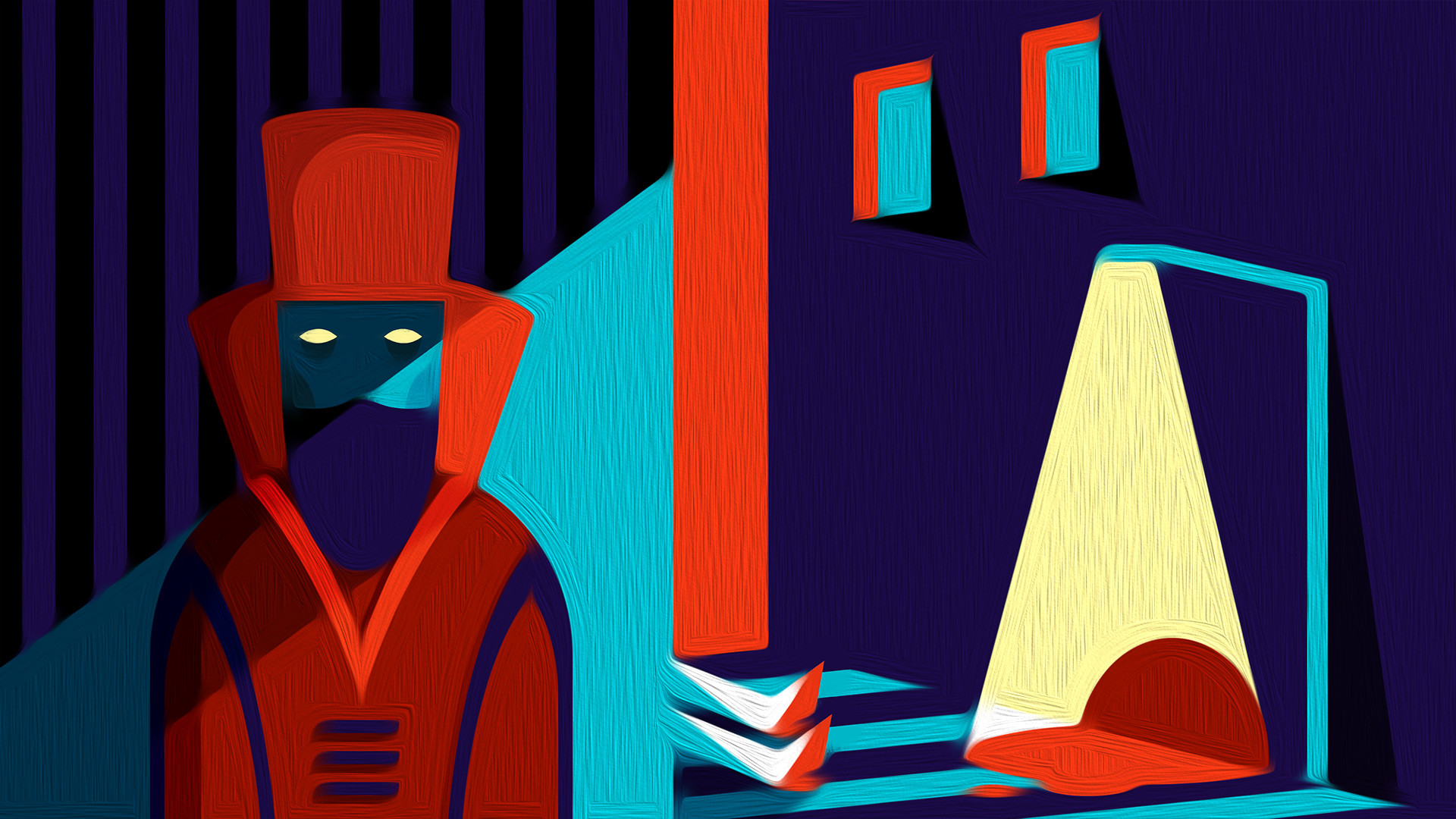 first scary legend concerns Prince Yuri Dolgoruky, Moscow’s founder. It’s said that in 1158 Prince Dolgoruky was traveling through the Moscow lands with a Greek sage and came upon a strange three-headed, piebald animal that looked at him and then ran into the forest. Prince Dolgoruky was frightened, but the sage said not to worry: this was a good sign, and that one day a majestic city would be built on this spot and that many nations would gather here.

Prince Dolgoruky emerged from the forest to find a hill on which stood a town belonging to the wealthy boyar, Stephan Kuchki. But the proud boyar did not meet the prince according to tradition, and therefore, Dolgoruky ordered the boyar to be seized and executed. His head fell to the ground, sprinkling blood everywhere. Meanwhile, Dolgoruky went on to rule over Moscow.

Ever since then, the area of modern-day Sretenka is home to the ghost of the proud boyar, who appears and frightens local residents. Therefore, superstitious Moscow residents say the city, “stands on blood.”

An Italian architect killed in the Kremlin, 15th 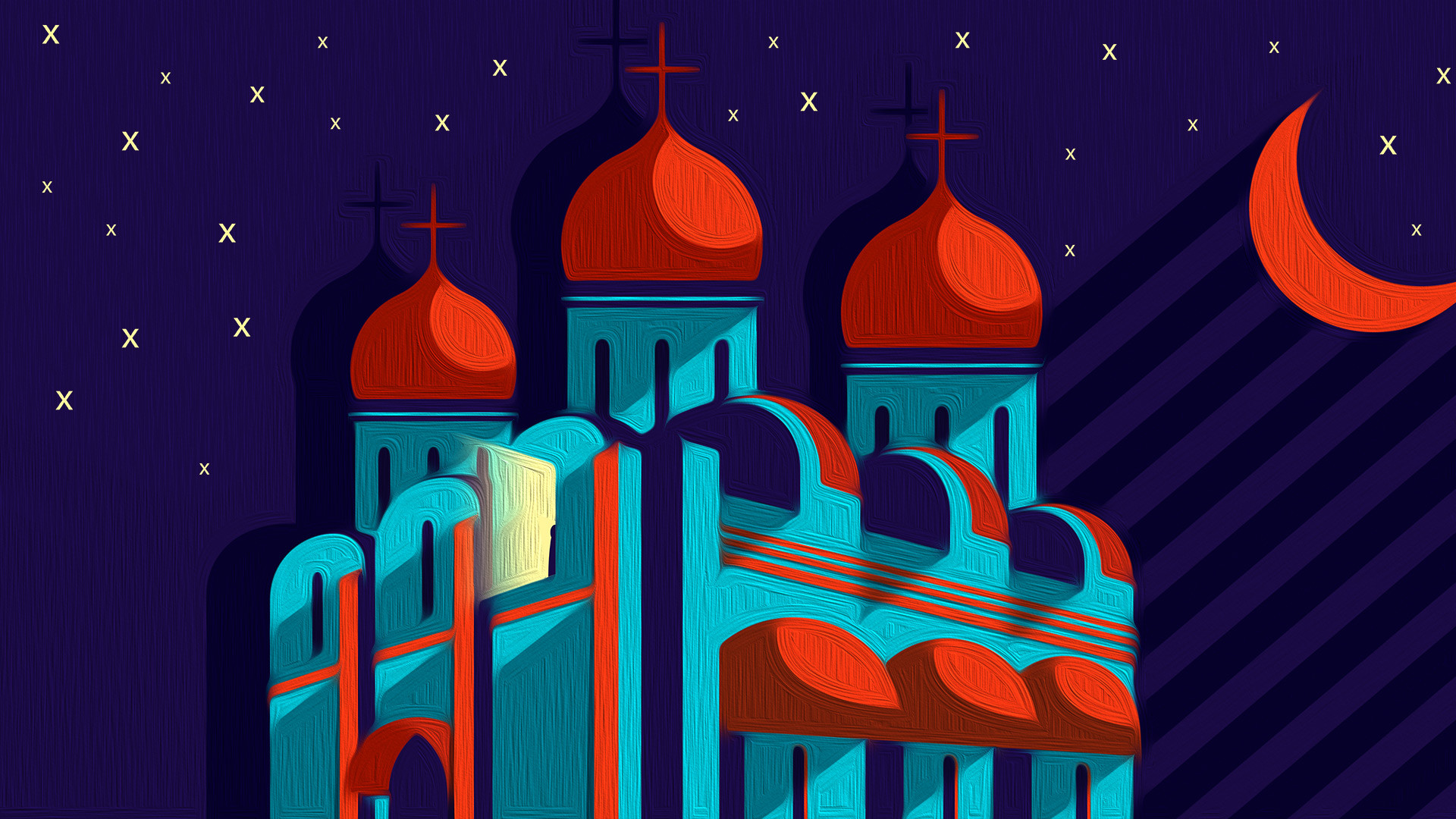 after marrying Sophia Paleologue, niece of the last Byzantine emperor, Russia’s Tsar Ivan III decreed construction of a magnificent cathedral in the Kremlin. But no matter how hard the Russian architects tried, the walls of the Dormition Cathedral always crumbled. Metropolitan Philip, who had been against the Tsar marrying Sophia, believed it was God’s curse for the marriage.

Sophia advised her husband to invite a foreign architect, but finding a suitable candidate proved very difficult because no one wanted to go to distant and mysterious Russia. Finally, in 1475, Italian architect Aristotle Fioravanti agreed to come and build a great cathedral for the tsar.

Construction was successful, and according to legend Fioravanti built many secret hiding places and underground tunnels in the cathedral. To keep enemies from learning the secrets of the Dormition Cathedral, Ivan III refused to let Fioravanti return home.

The architect even participated in some of the Tsar’s military campaigns before attempting to escape to Italy. He was seized at the border and imprisoned in the Kremlin’s Tainitskaya Tower, which is when historical chronicles ceased mentioning him. Most likely he died – walled up in the Tainitskaya Tower. Legend has it that since then Russian leaders see Fioravanti’s ghost just before terrible events are to take place. It vexed Vladimir Lenin, and later Joseph Stalin before the beginning of the Great Patriotic War. 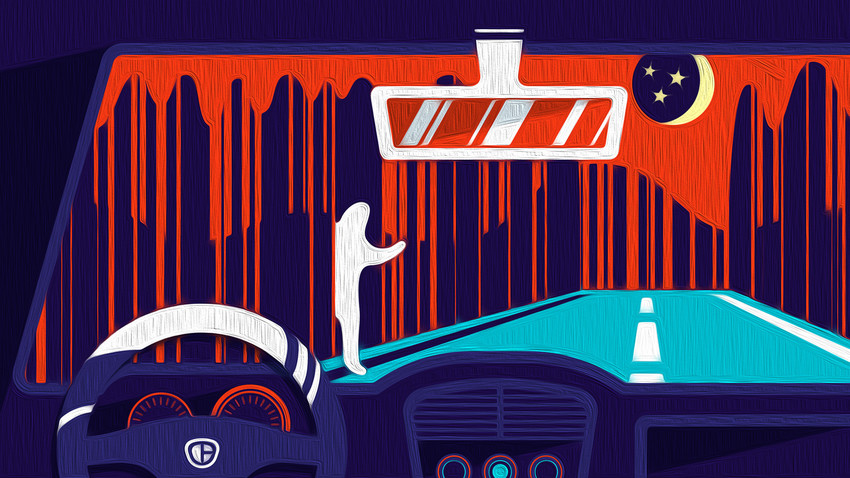 Gorky Highway was once called the Vladimir Road, along which people convicted to Siberian penal colonies were led out of Moscow. One day, a dangerous murderer was marching in a penal convoy. He didn't survive the trip, however, and since there wasn't time to bury him, they left his body at the side of the road. This is why his soul can't find peace and still terrorizes the living.

Drivers say that late at night a strange man sometimes appears on the roadside: bearded, poorly dressed and resembling a homeless man. He waves to cars as if he wants them to stop, but his gait is as if his feet are shackled.

If you see him be careful: he’s the ghost of the tormented murderer. If you stop, the ghost comes over to the window and says, “Forgive me.” Then you should say, “God will forgive you,” and quickly drive away without looking back. Otherwise, the convict’s restless soul will take you with it to the afterlife. 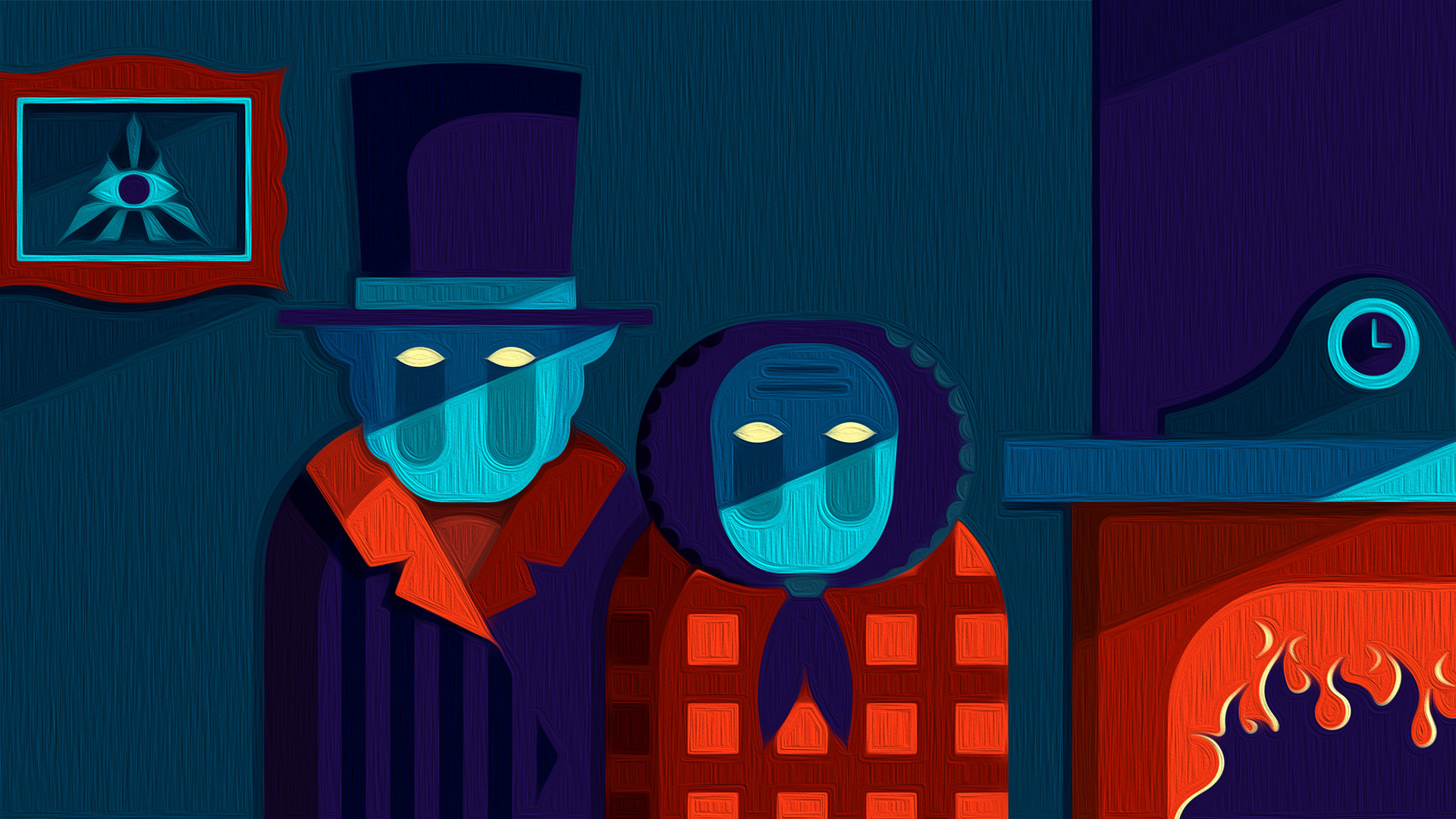 This legend dates to the second half of the 19th century, in the home of the Kusovnikov family. Between 1843 and 1870 a childless couple lived on 17 Myasnitskaya Street. These merchants were known for their eccentric behavior and solitary lifestyle. The house is decorated with Masonic symbols, and legend says the husband and wife found a masonic cache in one of the rooms and decided not to have kids and not to employ unnecessary servants.

The couple was so afraid of losing their money that they almost never left home. Once, they had to leave for a short time and hid all their riches in the fireplace. Only one caretaker remained to look after the house.

When the couple returned, however, they saw that everything had been burned in the fireplace: the caretaker had been very cold and so decided to warm himself with a fire. Old woman Kusovnikova died on the spot, while her husband went mad and died shortly after.

Today, Muscovites say that late in the evening you can sometimes see a gray-haired old man in a shabby coat approaching passersby and asking them, “Where is my money?” This encounter does not promise anything good because anyone approached by the miserly old man soon loses large amounts of money and goes bankrupt.

A vindictive female spirit in the Moscow metro, 20th 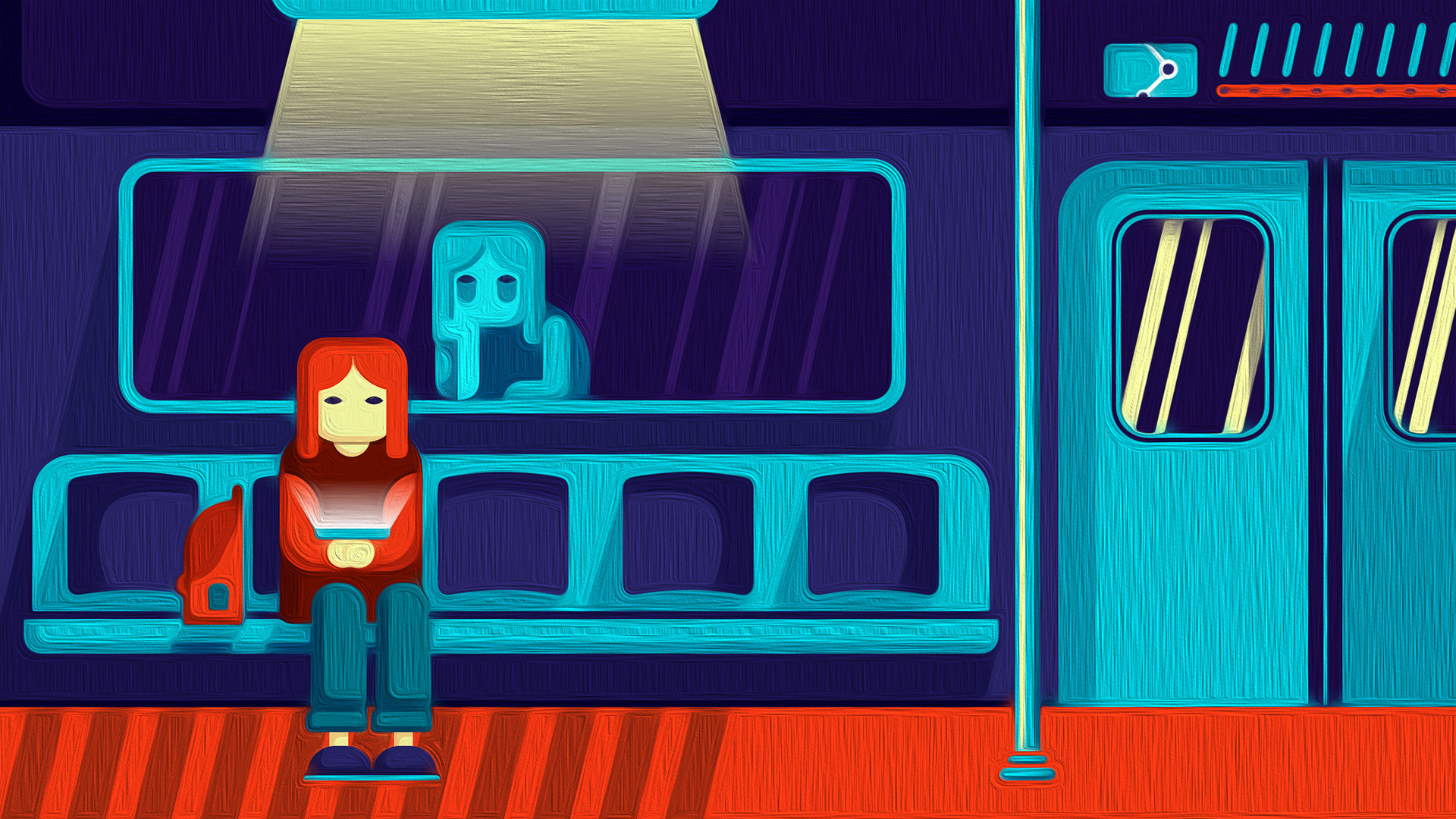 are many scary stories about the Moscow metro. For example, it’s dangerous to ride in the ordinary train cars of the orange line after midnight on one particular day of the year. It first happened on Sept. 9, 1999, when five young ladies riding at night in car 26498 late suddenly lost consciousness.

One of the passengers was able to film the face of a young woman the train with his mobile phone. What had happened? A year earlier on Sept. 9, 1998, at the VDNKh station, a young lady had lost consciousness and fell under an approaching train.

Ever since then, she appears on the day of her death and causes passengers to lose consciousness.