How do you imagine Russia summed up in one photo?

Lifestyle
Russia Beyond
Here’s proof that Russians can laugh at themselves, and we guarantee these images will also have you in stitches.

Russians usually don’t like it when they are the butt of people’s jokes, especially from the West - but they do enjoy taking the mickey out of themselves. Several years ago, Internet users posted photos online with the caption: “All of Russia in one photo.” It went something like this: 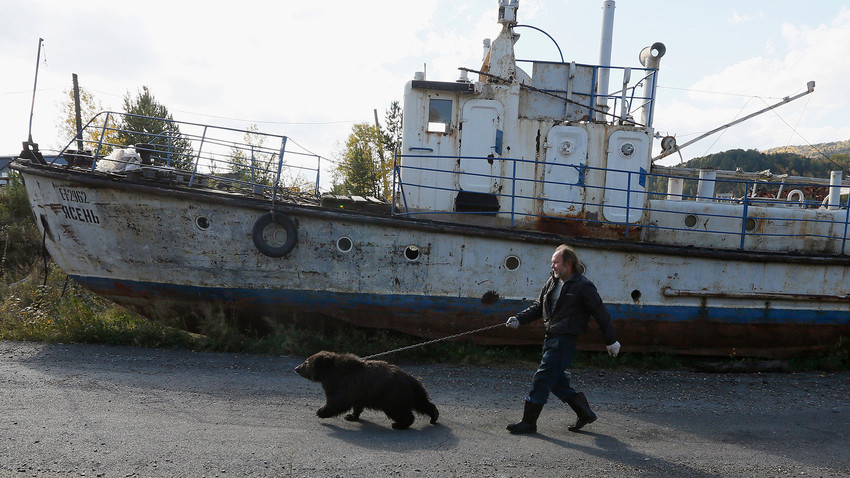 The joke has been fired up once again - it’s been given a second wind and people are posting more photos summing up the biggest country on the planet. The sign in the photo below says “Faraway Land.” It looks like something out of a deranged fairytale.

Another user said the photo doesn't reflect all of Russia, posting this image in response:

This triggered a Twitter flashmob - now scores of people are uploading amusing photos. One user simply posted a photo of a map of Russia. Who would dare argue that it doesn’t show “All of Russia in one photo”?

This is probably how some foreigners imagine Russia:

And this photo is apparently an “eco” farmer’s road:

This can also happen in Russia:

A standard Russian shopping basket: Vodka, instant noodles, bread, and ketchup. (Some Twitter users argued that it should include frozen pelmeni – a favorite quick dish of students and bachelors)

If you have a photo summing up Russia, please send it to us in the comments section below!