Living in Moscow without a phone for a month: Is it actually possible? 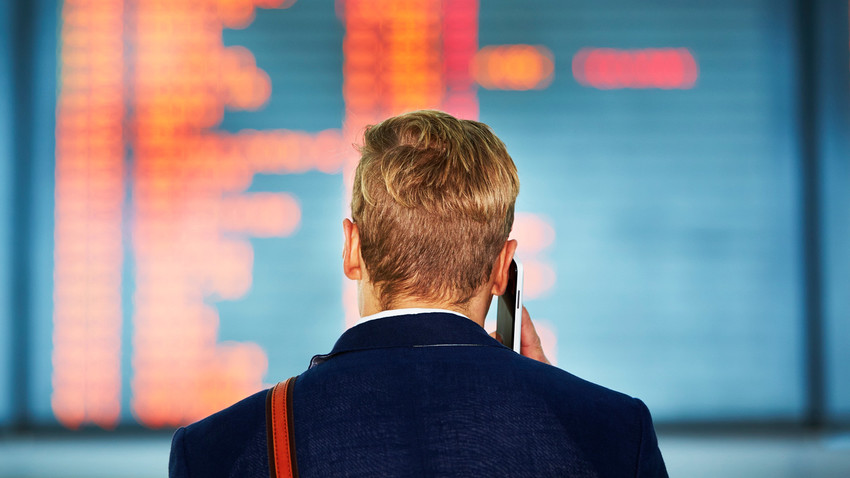 A life without instant messaging, sorry I am late calls, and WiFi is possible!

Legion Media
A month ago, an Irishman came home from a night out without phone. He took a leap of martyrdom and decided to try living in Moscow in a near-tribal, pre-smartphone state. It made his life very different. Here's how.

It’s Friday night in Moscow and I’m in a bar taking part in an English-language pub quiz. Having lost my phone a month ago, I’ve managed to mobilize a team of four people on Russia’s version of Facebook, VK. But only three of them have shown up. My friend, whom the other players don’t know, is late. How do I contact him? I see a vintage rotary-dial phone on the wall of the bar and get a brainwave. “ an idea,” I tell my hopeful teammates.

I go over and twist the dial nine times, expecting a confused operator to mumble something at the other end. No joy. I try again – nothing. I give the thing a bang in frustration, and mentally ready myself for another attempt.

At that moment, I feel a light hand on my right shoulder and turn round to see the barman looking at me pitifully. “Eto ,” he tells me. It’s just a decoration. I begin my walk of shame back to the table. Punters are laughing from every direction. One man jokingly offers me his empty pint glass: “If you shout loud enough, you can use it as a microphone.”

It’s been one month since I lost my phone in Moscow – I decided to see how long I could last without one. Once a zenith of anti-consumerist ideology, this country has now got to be the hardest place in the world to conduct such an experiment. 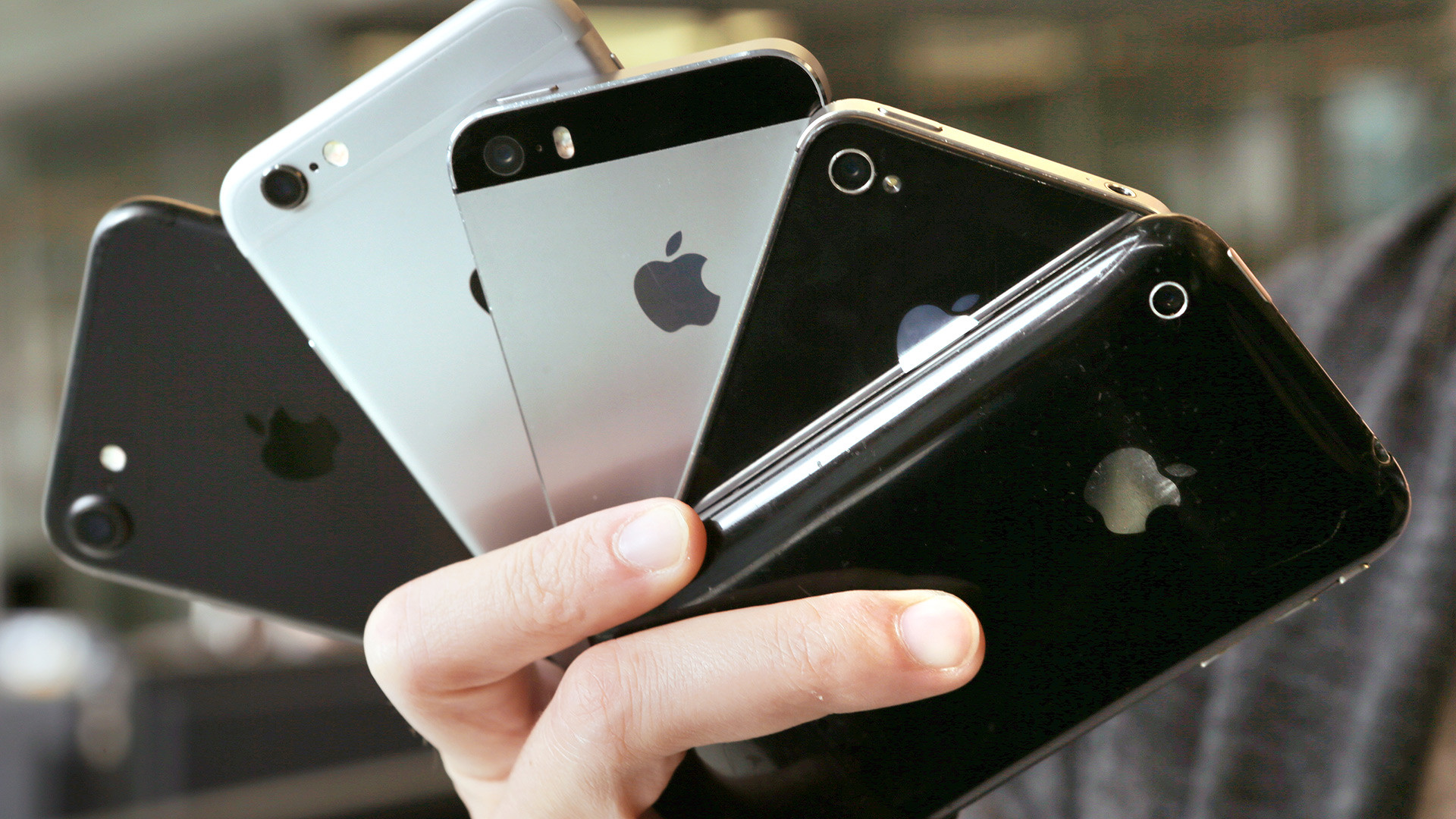 If you’re instinctively checking your phone every five seconds, or lost it at a party, perhaps it’s a good time to try the digital detox too.

Whereas young Westerners these days are tuning in to social media to spread their ironic worldly dismay through VICE articles and nihilist memes, I’ve noticed that the Russian use of social media is , well, social. We’ve all seen Russian models flash their Instagram around like it’s their CV, and this is no coincidence; the decidedly un-ironic obsession with everything technological here exhibits all the hallmarks of a country still enjoying a capitalist honeymoon.

This is also a place with its own standard of social networking – comparing the addictiveness of VK and Facebook is like comparing class-A drugs with green tea; just imagine the extra time you’d spend on Facebook if it essentially had Spotify and YouTube with all the latest pirated movie releases built into it.

The slow integration of cell phones into every social function here has never ceased to amaze me. Back home in Ireland, I got used to needing a good excuse if I wanted someone’s number: Just in case I get lost. Maybe I won’t have any Internet connection. My mum wants a backup number so she can know where I am... In Moscow, just talking to someone for more than five minutes usually warrants an exchange of phone numbers.

In certain situations of personal identification in Moscow, having a phone is more important than having a home: When I tried setting up a current account here without a phone number, not even a proof of address would satisfy the bank. “What’s the deal, no phone?” I was asked. The puzzled employee summoned her manager, and the two spent a good five minutes whispering about whether or not to trust me. Eventually, when I provided my passport, birth certificate, visa details, and everything short of my results in elementary school, they decided I was probably not a con man.

When the smartphone is central to everyday scenarios like these, the temptation to spend any free moment on the device takes serious willpower to stave off.

So far, my ordeal has brought its fair share of difficulties. When you try and explain to a Russian the reasoning behind your not being able to give them your number, the reaction is usually a mix of confusion and frustrated sighing that suggest, “I don’t have time for this.”

Remember, this is a country where people look at you like you have two heads just for smiling on the street. Imagine the reaction when you try, in your intermediate-level Russian, to elicit your pseudo-hippyish ramblings about how the trappings of modern life are too much to deal with.

One time, when meeting a realtor at a metro stop for an apartment viewing, it took me 20 minutes of standing there to realize that she was the woman who had been sitting behind me on her phone the whole time. “How long have you been there?” she asked me. “I’ve been waiting for an email from you for half an hour.” 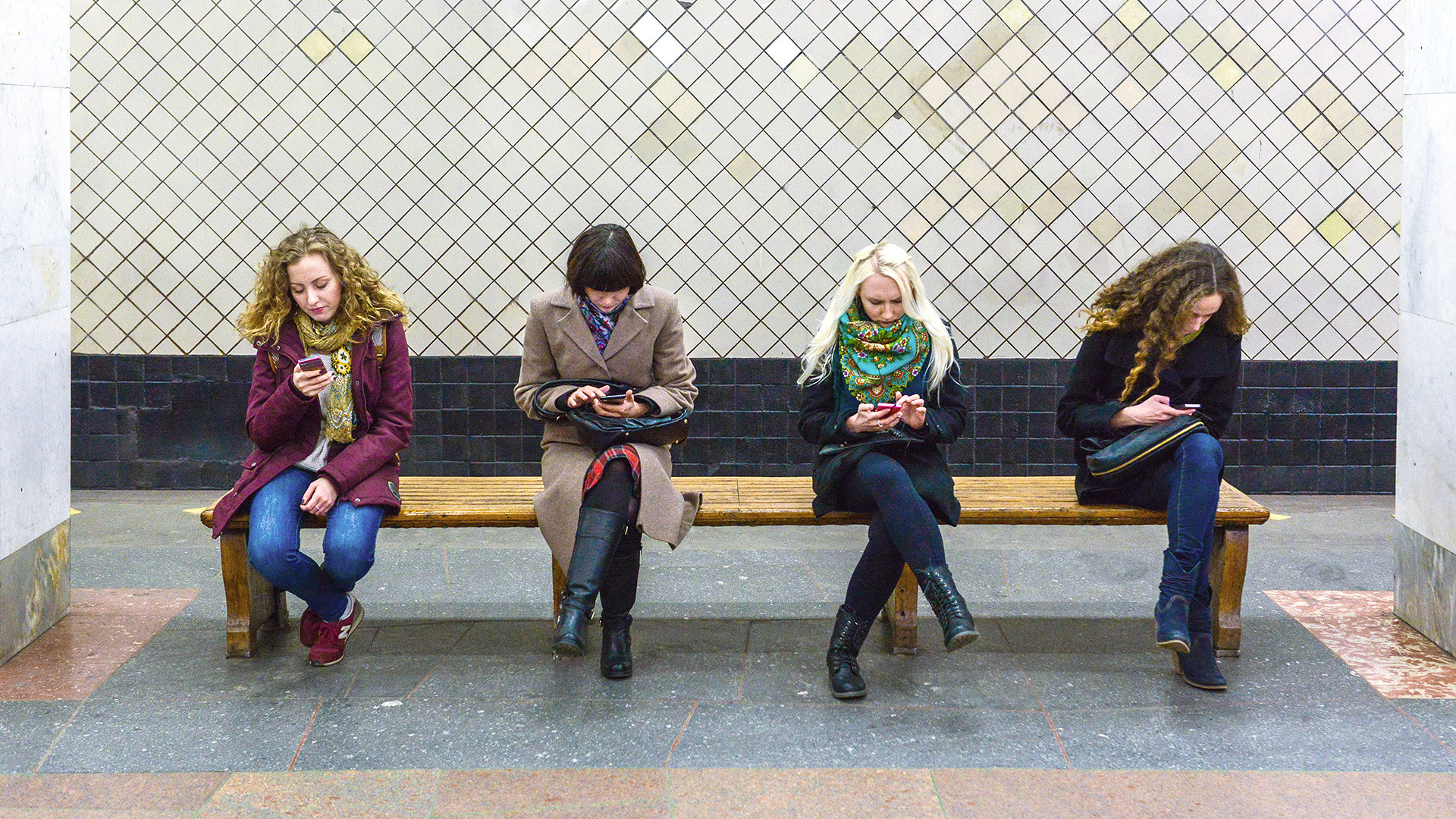 When you’re used to life with a smartphone, I find that the thirst for useless knowledge does not go away, but now requires ingenuity in quenching it. The other day, I found myself in a bookshop reading an encyclopedia entry (in Russian) about the Underarm Bowling Incident of 1981.

Is there a sociological reason why Russians wear Adidas? What does Putin eat for dinner? I have the Internet to blame for the fact that I even care enough to answer these questions, yet I end up finding ways to get the answers anyway. Surely, when the question arose about who was the left-back in the USSR’s European Championship winning side in 1960, our parents didn’t care enough to actually get out the encyclopedia?

Not having a phone has also exposed me to what it’s like to be reliant on the least cool mode of interaction of all – the email. There’s something universally un-sexy about only being contactable via a service whereby every interaction begins with “Dear,” and ends in “Kind regards.”

In fact, imagine this: You’re talking to a girl, you’re getting on well, and you maybe even buy her a drink. An hour later, she has to go, so you float the idea of meeting again. She agrees. “Great,” you say. “Could I get your email address?” Yes, that sounds creepy to Russian girls too.

In spite of all this, the phoneless life is starting to make sense. If I’ve learned anything from this past month, it’s that virtual reality is the easiest form of existence. It’s a land where your favorite songs are a touch away, where everyone’s permanent state is one of filter-perfection, where all your interactions are so distant that they can’t possibly hurt you.

It’s taken weeks of instinctive reaches for my empty pocket, but I’m gradually grasping coming to appreciate Moscow for what it actually is. Maybe it’s a privileged perception that only a foreign newcomer might have here, but I don’t think Moscow needs to be virtualized in order to be enjoyed. Since I can’t stop to take filtered pictures of buildings I see, I’ve started imagining the people who’ve lived there, and the things they’ve seen on that street. Since I can no longer listen to music on the metro, I’ve started reading Dostoevsky during commutes. Now that telling people I’m going to be late by text is no longer an option, I’ve started being on time.

Eventually, the phoneless life probably does start to pay off. In the meantime, all that’s required is the occasional email-based humiliation, plan that you didn’t hear about, or moment of mental anguish upon realizing your phone isn’t in your pocket. Is it worth it? You can judge for yourself.

As for me? I’m weak. I’m getting a new phone this weekend.