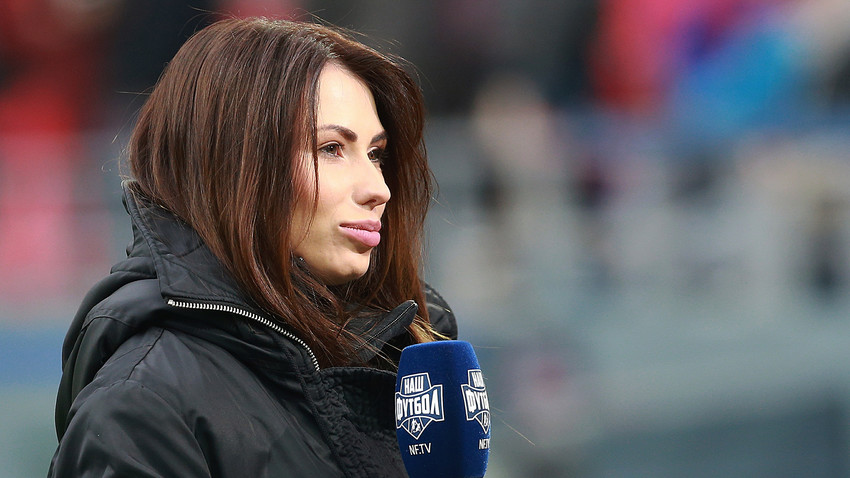 On December 1, 2017, all football fans’ eyes will be on Moscow, where the World Cup 2018 draw will finally take place. On this date, the 32 national teams that made it to the finals will find out who their opponents will be next summer. The draw, as usual, is going to be quite a spectacle, with many football stars such as Argentina’s Diego Maradona, Italy’s Fabio and France’s Laurent Blanc set to be present.

The main stars, however, will be the two co-hosts. Gary Lineker, the scorer of ten World Cup goals for England between 1984 and 1992 and current presenter at BT Sports, will be accompanied by Russian TV journalist Maria Komandnaya.

Komandnaya is among the most well known female sports journalists in Russia, with more than a decade of work in the industry behind her. She now works at FOX Sports, to which she made the move from Russian state-owned sports channel Match TV this summer.

A keen football fan, Maria was delighted to be chosen as the draw’s co-host. “Being a sports journalist has been a great journey, the most exciting of my life. And now it’s bringing me to the same stage as Gary Lineker and other amazing football stars,” she wrote on her Instagram.

Perhaps, it’s the most beautiful dress I’ve ever seen. @terekhovofficial is a pure genius. PS. And this is not the dress I’m going to wear for the final draw 🙃