Why a special division of birds of prey guards the Kremlin 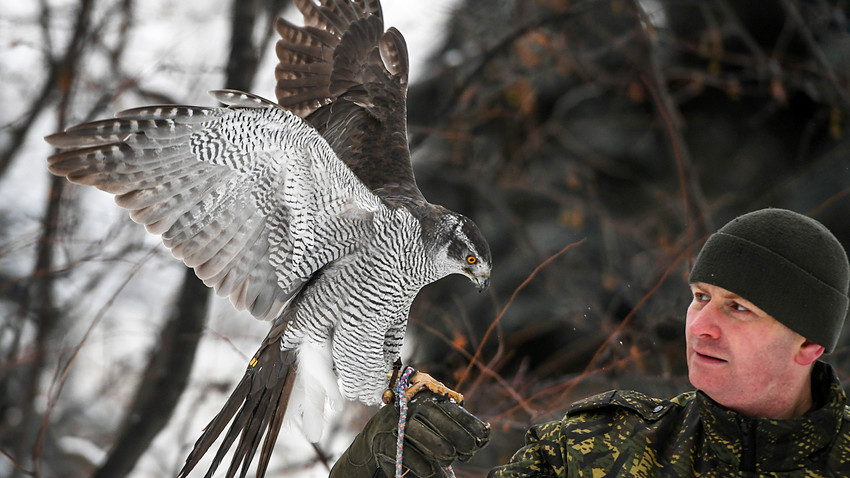 A serviceman of the falcon service of the Moscow Kremlin's commandant's office is seen with a hawk.

Ilya Pitalev/Sputnik
Ravens are famous inhabitants and guardians of the Tower of London. Russia's famous Kremlin - Europe’s oldest medieval fortress in the very heart of Moscow - also hosts a pack of carnivorous birds on duty. Why and how do these Russian birds of prey keep the Kremlin safe?

“In 1960s, the regiment that guarded the Kremlin had a special division, dubbed “crow chasers,” Kirill Voronin, the Kremlin's chief ornithologist, recalls (link in Russian). “The soldiers of this squad… shooed the crows out of the attics of the Kremlin buildings, closed the openings and the windows, preventing crows from penetrating and nesting inside the attics. Now, that was a struggle!”

Pigeons, jackdaws, but mainly crows, that are so abundant in Moscow, can be a headache for people who maintain the Kremlin. The birds take flowers and seeds from the Kremlin gardens and also transmit diseases. Another problem is their droppings: the Kremlin's towers have intricate architectural decorations, high steep domes covered with tiles, topped with red stars. Cleaning these features is a big job, so it’s easier to drive the crows away. That’s why in the 1980s, falcons were recruited to guard the Kremlin. How appropriate - because since pre-revolutionary days in Russia, birds of prey have been associated with the Kremlin and its inhabitants.

‘Time for work, an hour for fun’ 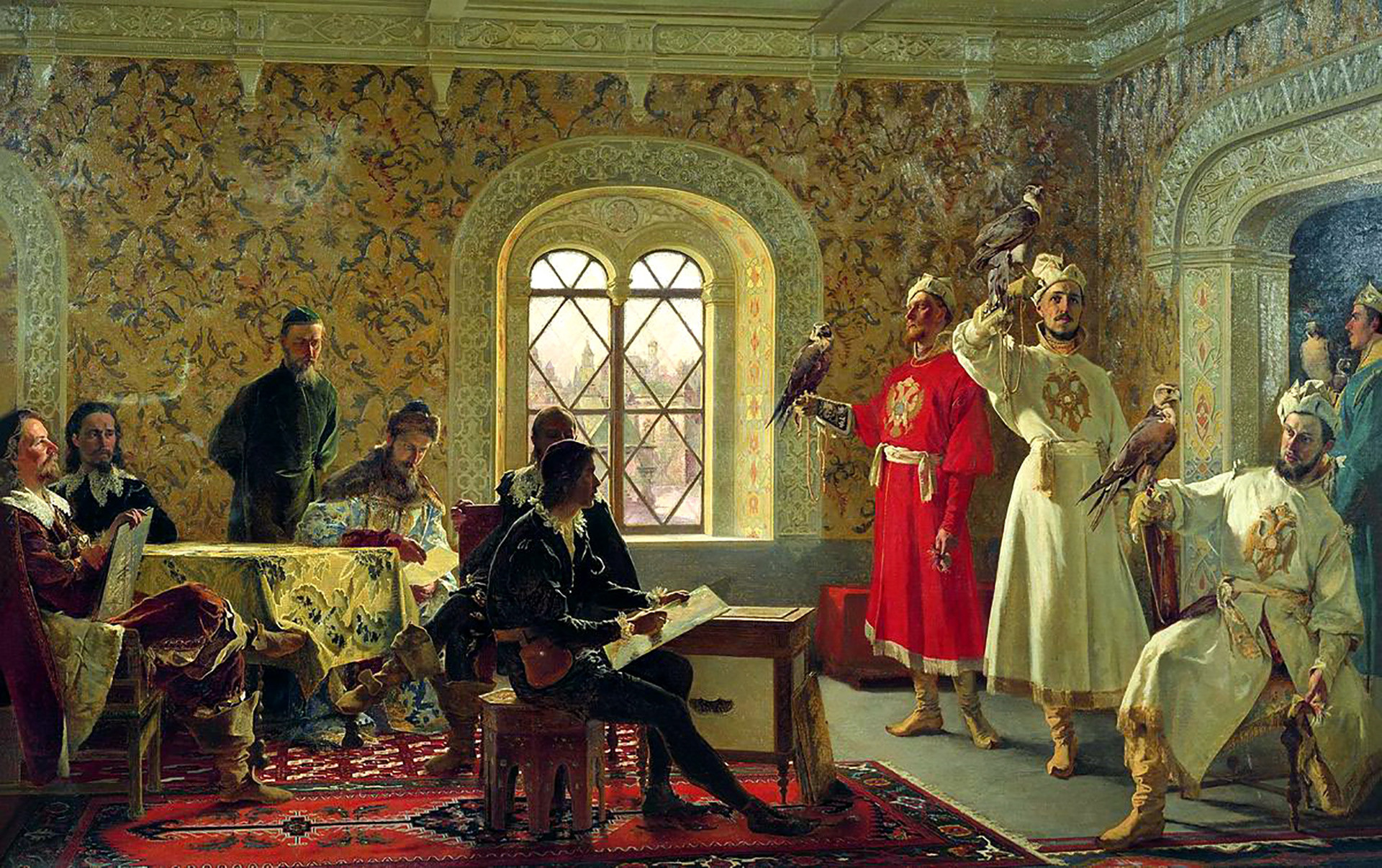 “There must be time for work, and there shall be an hour for fun,” Tsar Alexis of Russia wrote in 1656 in a manual he devised for falconers at his court. By saying this, the young Tsar underlined that work and fun were equally important for a nobleman. For Alexis the main sport was falcon hunting. Hunting with birds was a common pastime for European kings in the Middle Ages, it was also popular in Russia since the 15th century; Ivan the Terrible, too, hunted with falcons.

Tsar Alexis spent an astonishing 120,000 rubles a year on his hobby. At that time in Moscow, building a modest house costed only 10 rubles, while a high-ranking nobleman, who owned towns and villages, could gross some 10,000 rubles a year in taxes, rent and trade.

The Tsar employed professional falcon hunters, who were paid very handsomely and belonged to the nobility; he owned falcon aviaries and very often went hunting in Moscow's forests. Every year, over 100 new birds of prey were bought for the Tsar’s needs. In Moscow, there are still two toponyms associated with falcons (sokol in Russian): Sokolniki district, where long ago, Alexis’ favorite hunting grounds were, and Sokolinaya gora (“Falcon mountain”) district, where one of the aviaries was located. But in those times, falcons didn’t serve guard duty: they were very expensive and considered a royal gift. 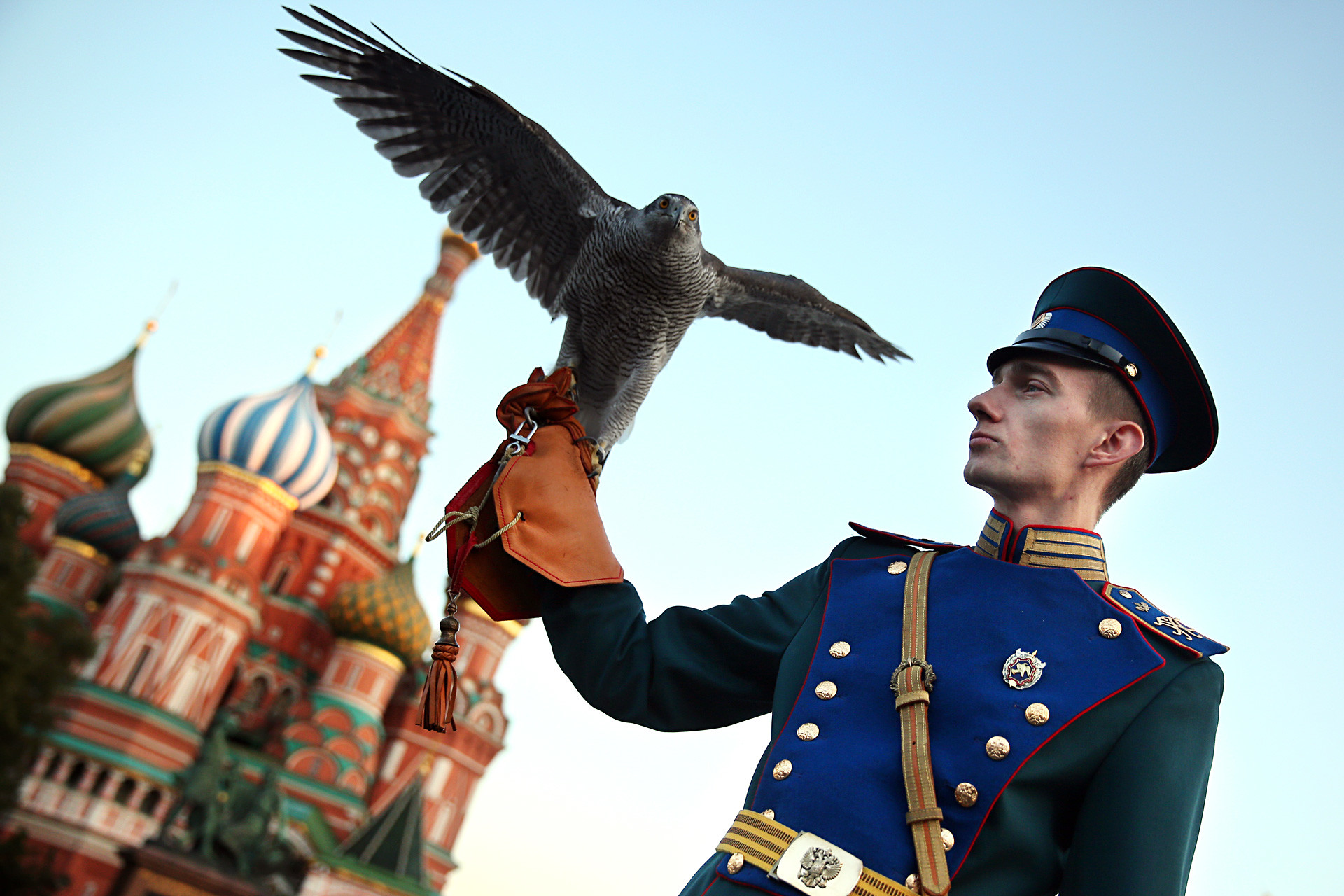 Initially, Kremlin keepers tried to drive away crows with pre-recorded falcon shrieks and screams, but, ornithologist Voronin says the feathered scavengers quickly got used to it, so only employing real birds proved effective. At first, they used falcons, but these have been replaced with hawks.

When a falcon is hunting, it ascends very high into the sky and then falls down on his prey, killing it with its claws. If it misses, it will repeat its attempts. In city conditions, this can lead to losing a bird: a falcon can miss its aim and smash  itself dead against buildings or ground, or it can get lost in the city - the Kremlin is located in the bustling city center, there are a lot of loud noises that can scare off the bird - meanwhile, falcons are more complicated to keep in captivity and expensive - a good falcon can cost tens of thousands of dollars.

Now, the Kremlin is guarded by northern goshawks - for them, crows are natural prey, while falcons mainly hunt rodents, not crows. Unlike falcons, goshawks hunt from a hiding in the crown of a tree, waiting for the prey to appear and then making a super-fast leap for 20-30 meters, which is more convenient in the limited space of the inner Kremlin. Goshawks are easier to look after, more accustomed to caretakers and cost considerably less (15-20,000 rubles/ $170-$260). 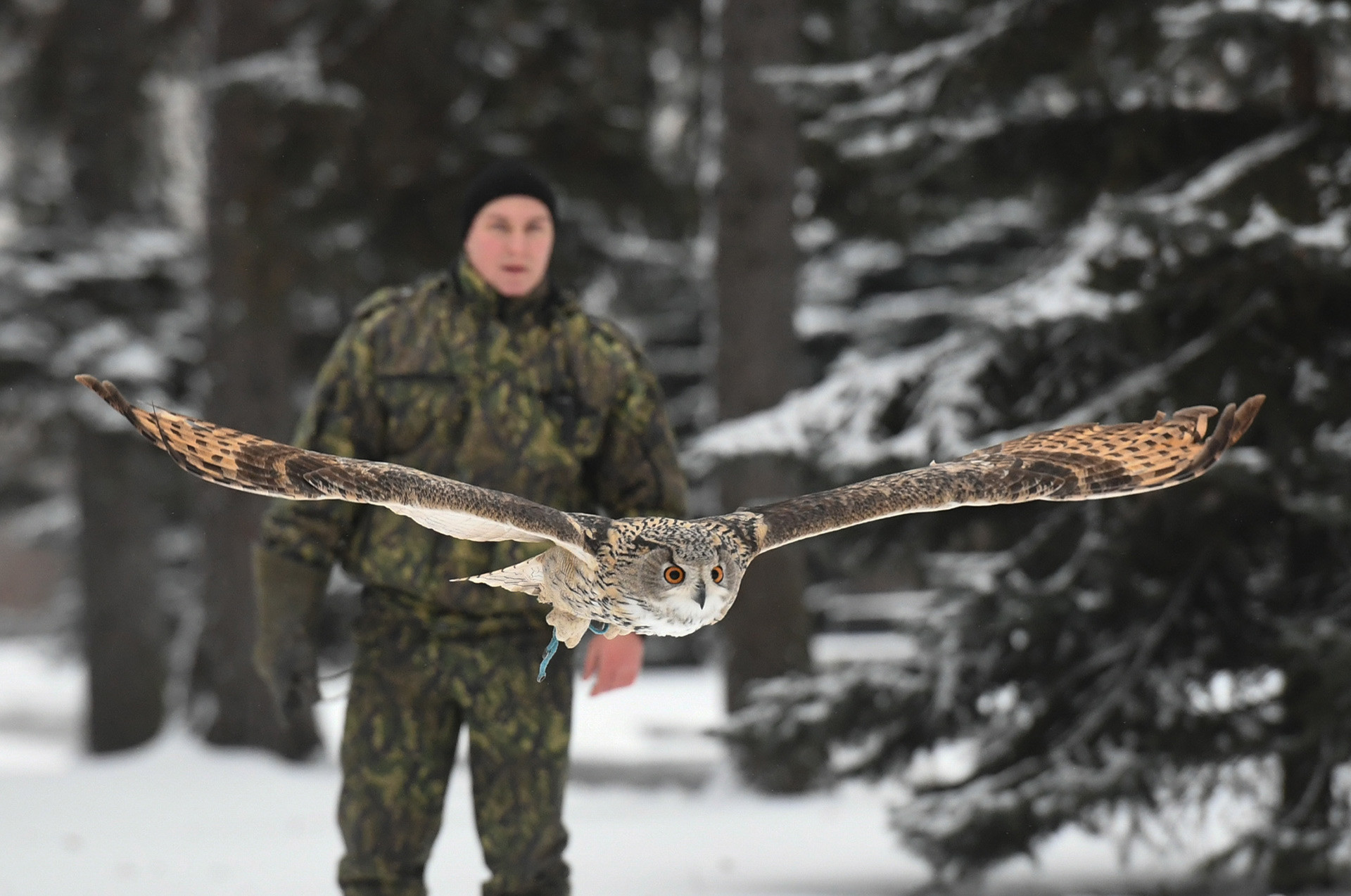 A serviceman of the Falcon Service of Moscow Kremlin's Commandant Office is seen here with an eagle owl.

“Patrolling the Kremlin territory, when we see grazing crows, that’s the moment we let out our goshawks, Voronin says. “When a hawk catches a crow, we approach it and offer it a bit of something tastier, like quail meat”. Crows can transmit diseases that are dangerous to hawks, so it’s important to ensure the hunter does not eat its prey. The health of the Kremlin birds is regularly monitored. They have GPS trackers fastened to their tail feathers, and little bells on their legs. These ones are for the crows - they communicate mainly with sound, and so by the sound of the bells they know that a hunting bird controls the territory and leave - the main goal of the hawk squad is not to hunt crows, but to keep them away from the Kremlin.

A hunting hawk is trained for six months before it can be assessed if it is able to hunt. In captivity, a hawk’s lifespan is a bit longer that in the wild, because in captivity, they are fed regularly, cared for and kept warm. Usually, the hawks “work” for 10 to 15 years, while they are able to hunt effectively, and then are retired. The Kremlin’s oldest female hawk, named “Alpha”, has been in service for over 20 years. “Birds, too, change with age,” Voronin says. “Alpha sometimes is short of breath, and her beak needs regular care, but she catches crows anyway. Maybe not because of speed anymore, but thanks to her experience”.

Apart from hawks, the Kremlin keeps an eagle-owl. He is also a natural enemy of crows, and his presence scares them away - but he also hunts during the hours of darkness, preventing crows from spending a night in the Moscow fortress.

In our short video, you can learn the secrets of falcon hunting firsthand. And for those who are fond of Russian fairy tales, here’s a list of the Russian bogatyrs, superheroes of the Russian lore.