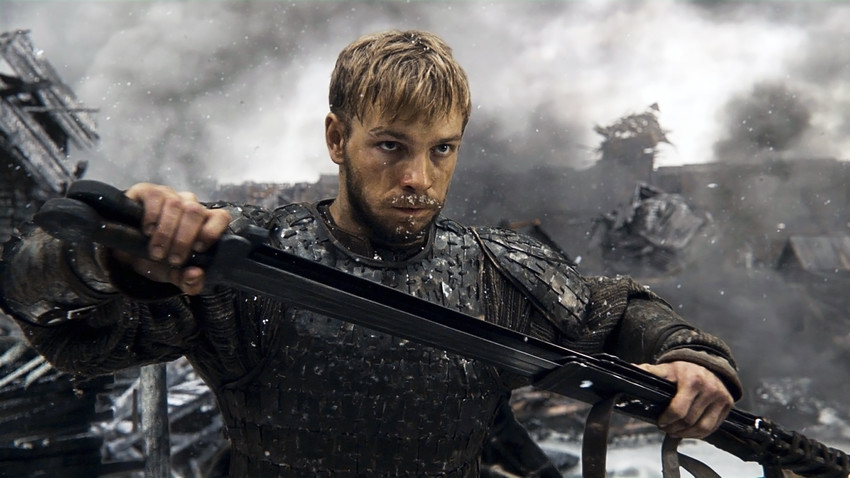 Still from Furious (aka Legend of Kolovrat) (2017)

Kinopoisk
Known as bogatyrs (warriors, strongmen), they are the superheroes of the ancient Slavic tales and epic songs. Nowadays, they could certainly compete with Marvel and DC characters. Russia Beyond presents the most impressive and powerful bogatyrs. 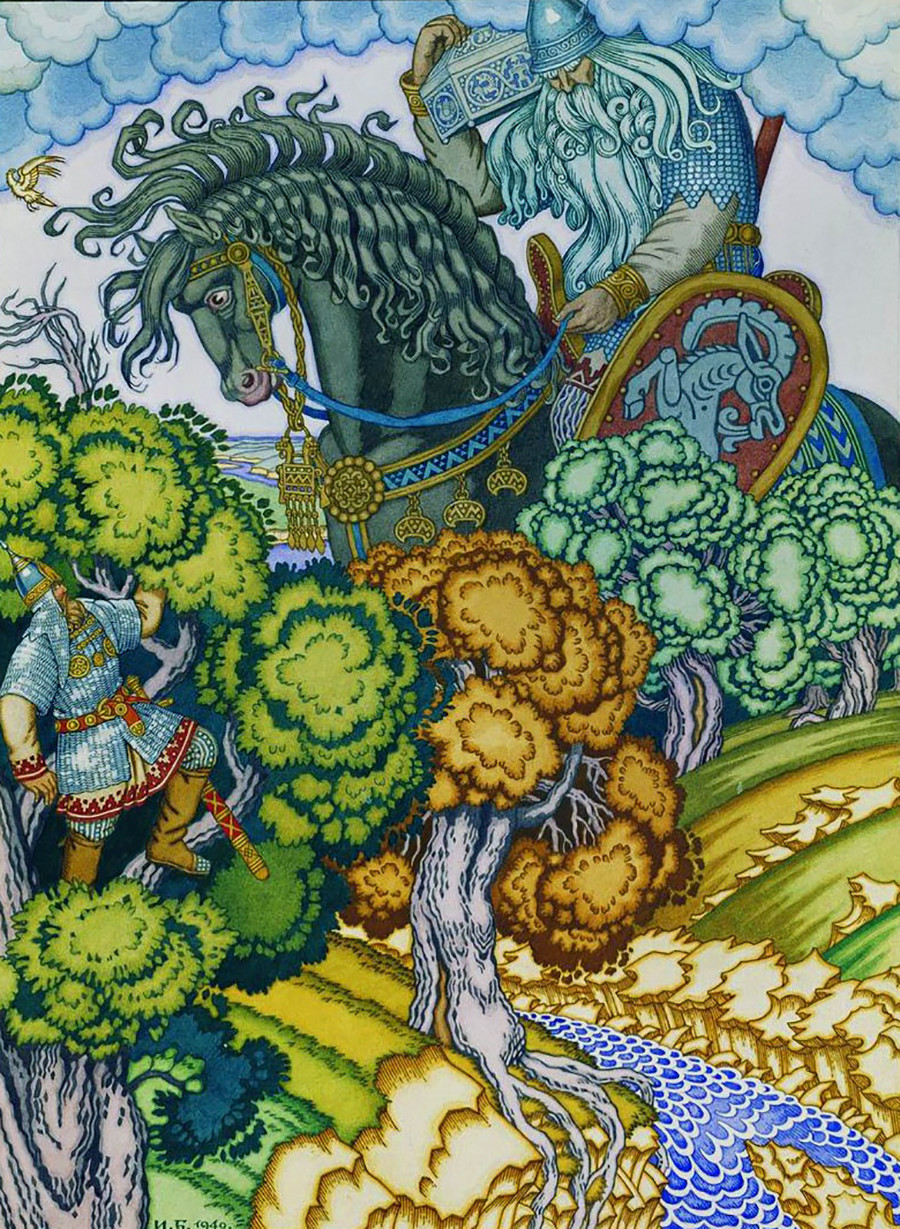 Svyatogor was one of the most ancient bogatyrs in the Slavic epic, originating from pre-Christian times.

When he walked, the ground trembled, forests swung and rivers burst their banks.

A Slavic Hulk, Svyatogor was a giant and slept in a bed 26 meters long and 15 meters wide. He was even married, although not to a giant, but a common woman. He carried his beautiful wife in a crystal chest on his shoulder.

Svyatogor often boasted of his enormous powers and used to say that he was able to bend the sky to the earth. One time he tried to pick up a bag known as the “brunt of the whole world.” Failing, he became stuck knee-deep in the ground and died.

As a symbol of the ancient primitive force, Svyatogor was eventually consigned to oblivion. 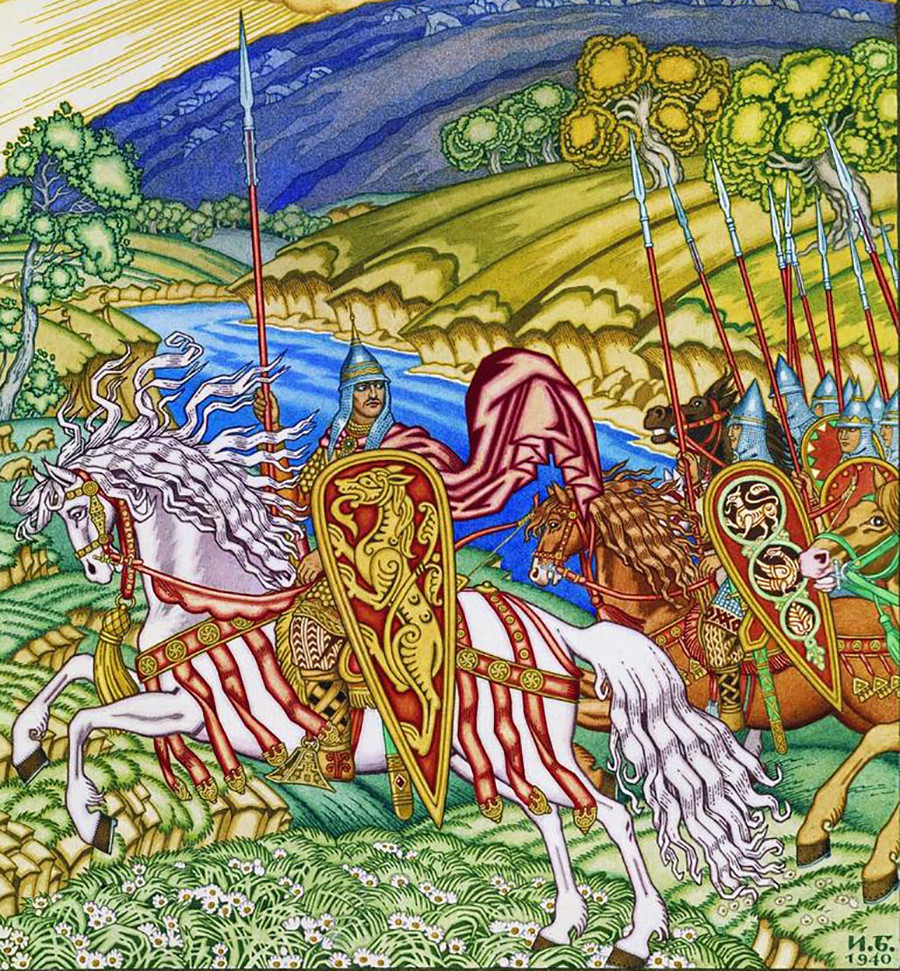 Son of a snake and a Russian princess, Volga Svyatoslavich was a mystical figure. Able to speak to animals, birds and fish, Volga himself was a werewolf and magician.

Epic tales tell about his military campaign to India. Volga turns into a falcon to provide nutrition for his troops. As an ermine he damages enemy bows, and as a wolf he chews the necks of enemy horses.

Storming impermeable walls, he turned his warriors into ants and gave them back their original appearance once inside the fortress. Finally, he married the wife of a slain enemy king. 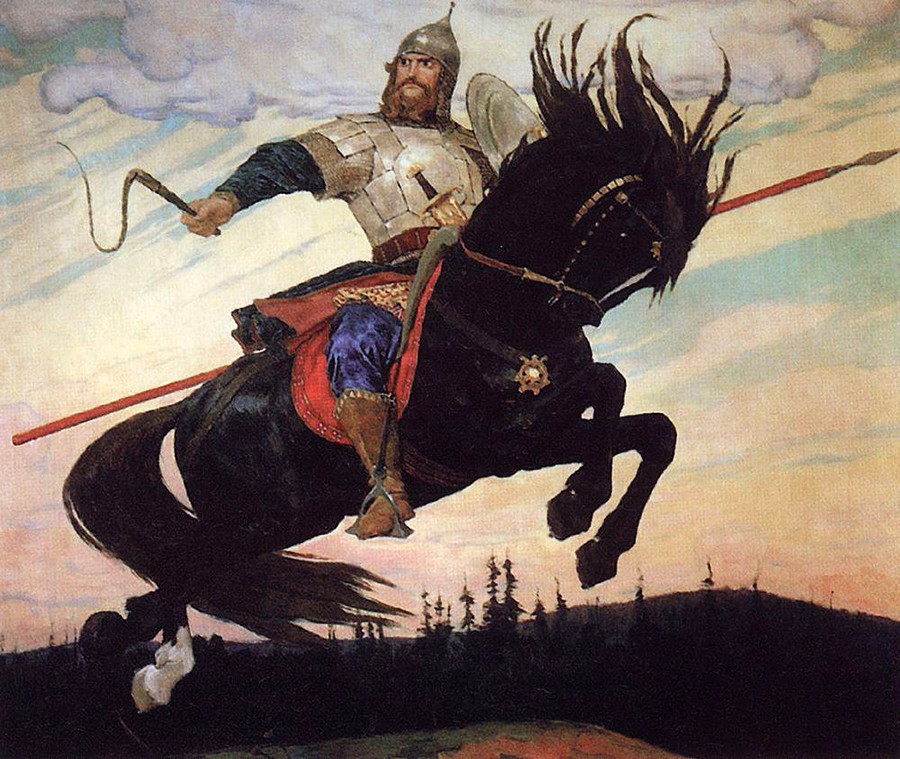 Probably the most important of all the Slavic bogatyrs, Ilya Muromets was an ideal warrior and folk hero.

The first 33 years of his life Ilya couldn’t move his legs and arms, but was healed by the volkhs – Slavic pagan priests, who sent him to serve the Kiev prince Vladimir.

As protector of the Russian lands, he accomplished numerous great feats and crushed many powerful enemies.

He decapitated Solovei the Brigand (or Nightingale the Robber), who could kill people and destroy buildings with his whistle.

Another enemy killed by Ilya Muromets was a huge monstrosity known as Idolishche, a symbol of all non-Christian, dark pagan forces that threatened the Kievan Rus.

He also crushed Tatar king Kalina-Tsar and all his troops who tried to capture Kiev. The desperate Kalina escaped, promising never to return to the Russian lands. Some see in the character of Kalina-Tsar the Mongol war chief Mamai, whose troops were defeated by the Russians in the Battle of Kulikovo (1380). That victory set in motion the process of liberating the Russian lands from Mongol power. 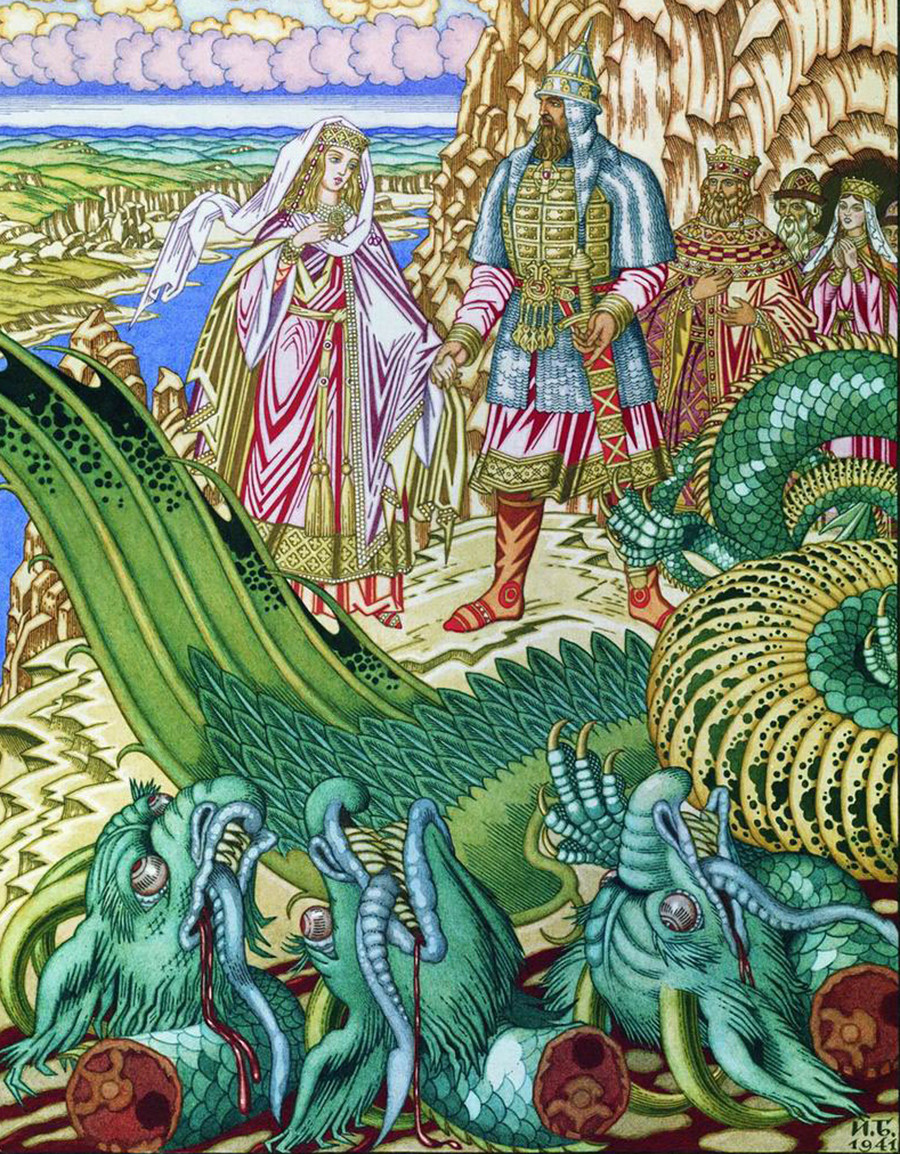 The second (after Ilya Muromets) most popular bogatyr in the Slavic tales, Dobrynya Nikitich, was not only a brave warrior, but also a proper diplomat. He spoke 12 languages and could also speak to birds.

One of the most impressive of his deeds was victory over the three-headed dragon Zmey Gorynych (Mountain Snake), who terrorized Kiev and kidnapped a young princess. The myth of Saint George and the Dragon can be clearly traced in this Slavic epic tale. 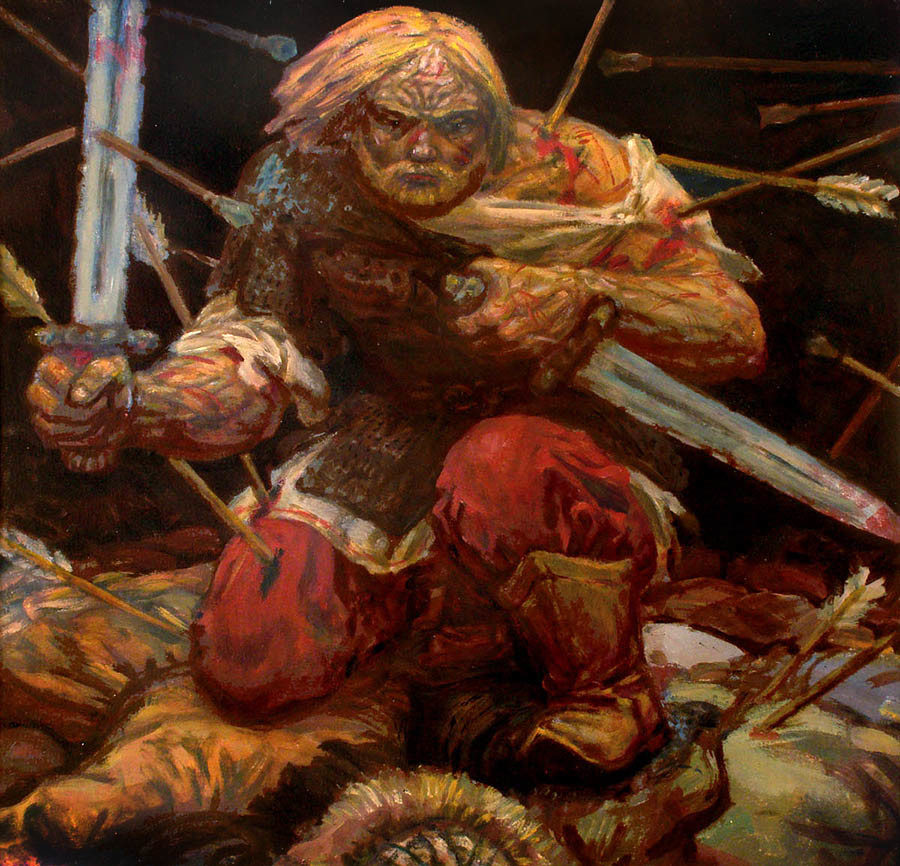 The legend of Evpaty Kolovrat relates to the period of the Mongol invasion of the early Russian principalities. Ryazan was the first Russian city in the firing line, and was totally destroyed by the Mongols in 1237.

Local boyar (nobleman) Evpaty Kolovrat was out of the city when the tragedy occurred. Returning to find his native city in ashes, he pursued the invaders with his small detachment of personal troops and all the survivors he could gather (1700 men in total).

Kolovrat destroyed the rearguard of the Mongol army. Completely outnumbered, Kolovrat’s warriors killed many Mongols and did serious damage to the enemy forces. Having managed to kill the best Mongol warriors sent against him, Evpaty fell in battle.

According to legend, Mongolian commander Batu Khan was deeply impressed by the courage of Evpaty Kolovrat. He ordered that the body of Kolovrat be handed over to the surviving Russian warriors and granted them safe passage.

Still, bogatyrs are not the only characters of the Slavic legends. Here you can find frightful witches, restless evil spirits and ancient demons, which terrified the ancient Russians, Ukrainians and Belarussians.