Who is Zmey Gorynych, the Russian son of Daenerys Targaryen? 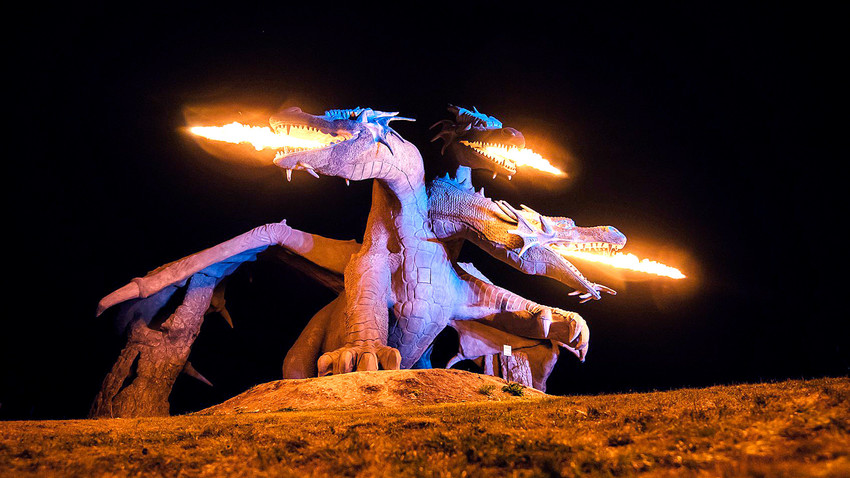 A giant statue of Zmey Gorynych in the Lipetsk Region

kudikina-gora
The snake of the mountains, a three-headed Slavic dragon, is an extremely popular character with dozens of myths and legends surrounding him. There are cartoons about him. There are even several monuments to him scattered throughout Russia. So let’s take a closer look at this evil creature.

Almost every country's mythology includes its own dragon. Usually, the dragon guards something and is considered undefeatable until a hero suddenly comes along and, with help of some clever tricks or powers, beats the monster in battle.

Russian’s version of that dragon is called Zmey Gorynych, which means “Snake of Mountains.” He usually lives in the mountains or the forest, which are just one word in some Slavic languages. “Gorynych” is the dragon’s last name, which in Russia is given based on the name of one’s father. In folklore, Gorynya is an epic hero of the mountains.

Unlike Daenerys’s children, a Russian dragon knows how to speak. He usually has three heads – although sometimes seven or even nine – and is so enormous that he blocks out the sun when flying. He is terrifying and can spew sparks, and fire. Dracarys! 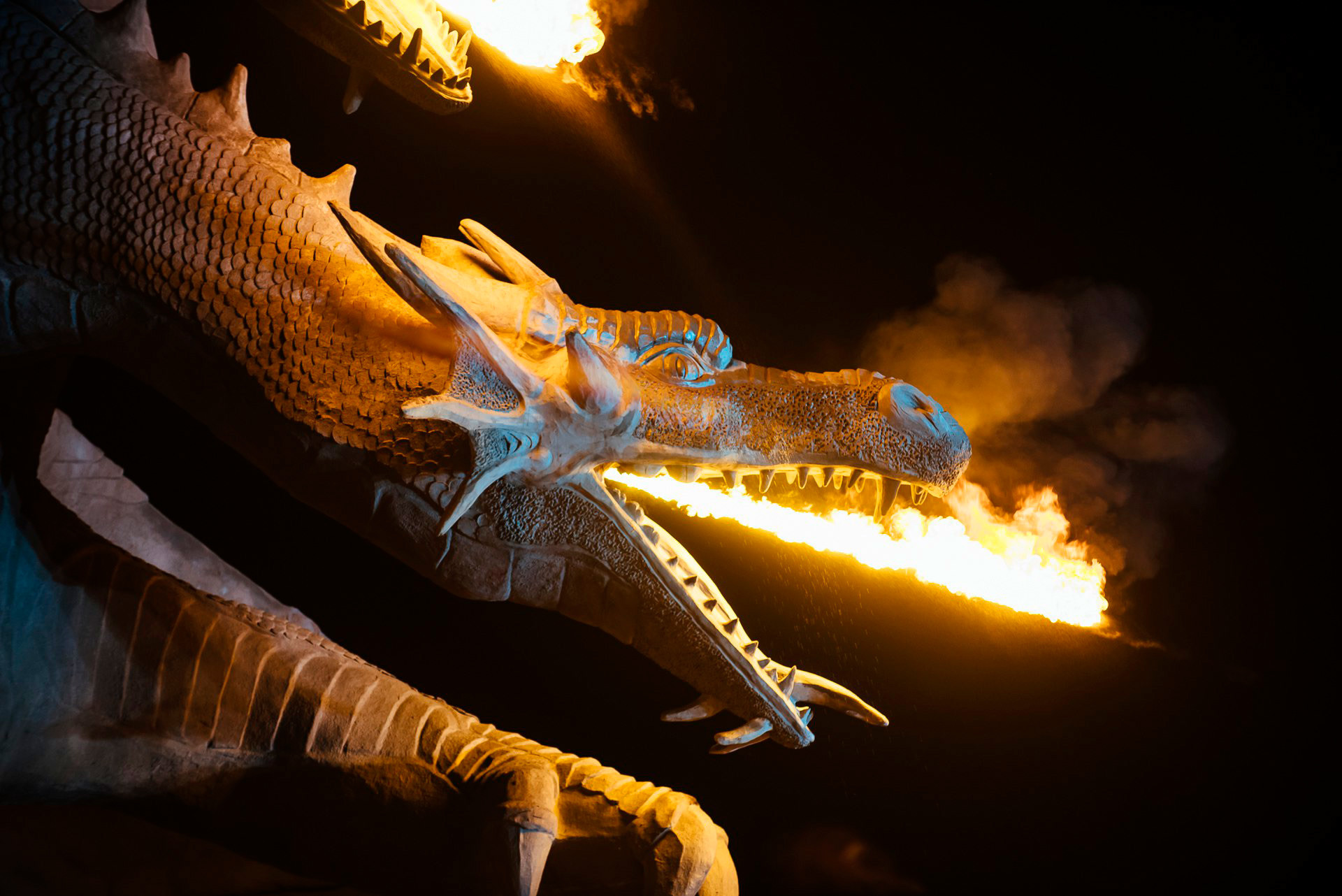 Here’s how one ancient Slavic poem depicts the dragon: “Zmey Gorynych, a terrible snake with three heads and seven tails. A flame blazes from his nostrils. Smoke belches from his ears. Copper claws sparkle on his paws.”

Zmey’s opponent is usually an epic hero, a bogatyr named Dobrynya Nikitich. According to the legend, when Dobrynya hits the dragon the first time, he begs for mercy, the poor little serpent. The kind hero then takes mercy and releases him. The dragon almost immediately goes and kidnaps a princess, forcing Dobrynya to fight him again. But this time it’s an epic battle to the death that lasts three days and three nights. 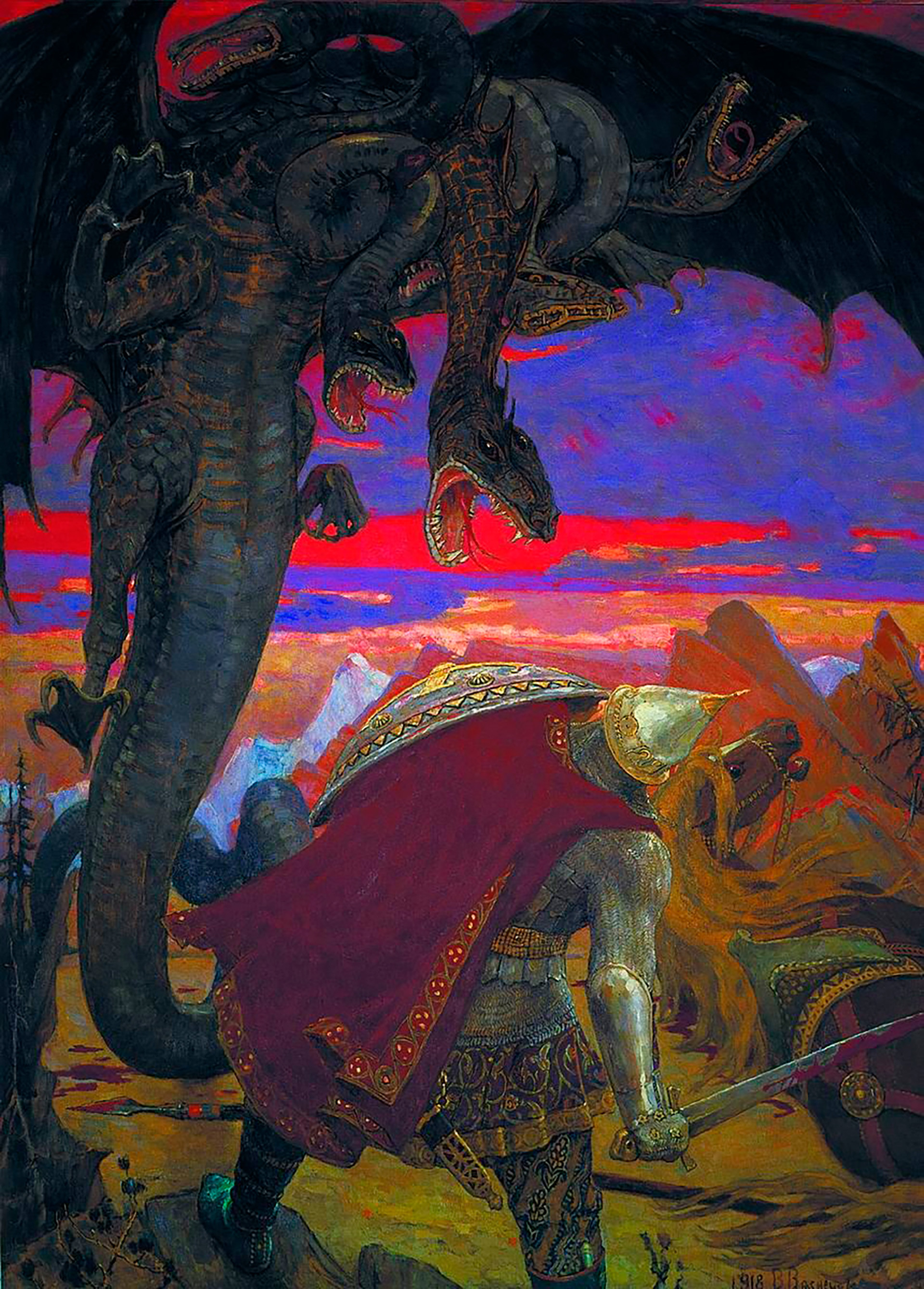 Victor Vasnetsov. The Fight of Dobrynya Nikitich and the Seven-Headed Zmey Gorynych

The battle between a hero and a dragon is a popular element in literature, and movies. The Russian artist Victor Vasnetsov, best known for the famous “Bogatyrs” painting, also painted “The Fight of Dobrynya Nikitich and the Seven-Headed Zmey Gorynych” (1918). 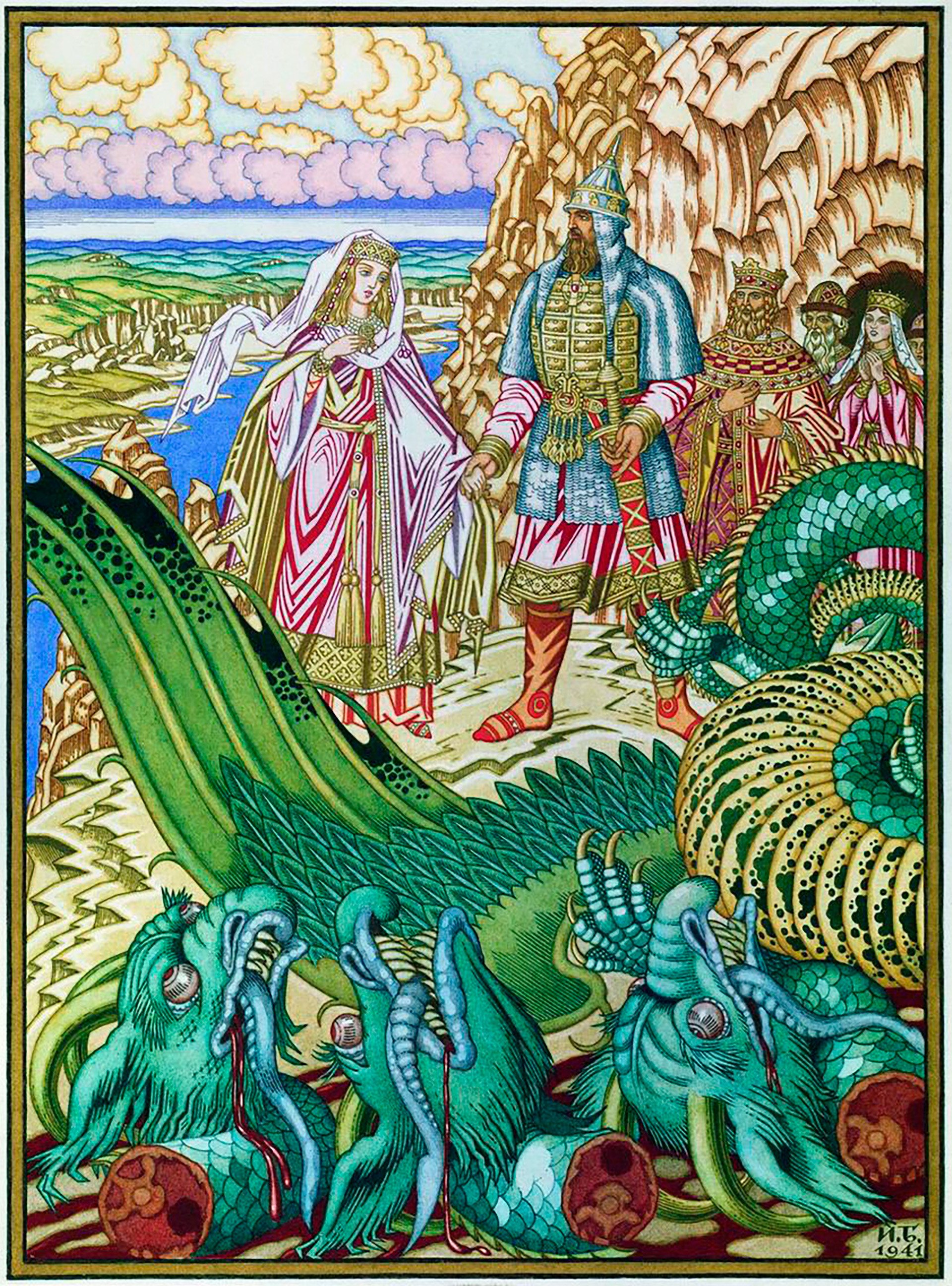 Ivan Bilibin, a famous illustrator, has also created several drawings of Zmey, one of which is in the collection of the Russian Museum in St. Petersburg and depicts Dobrynya freeing the princess from Zmey Gorynych. 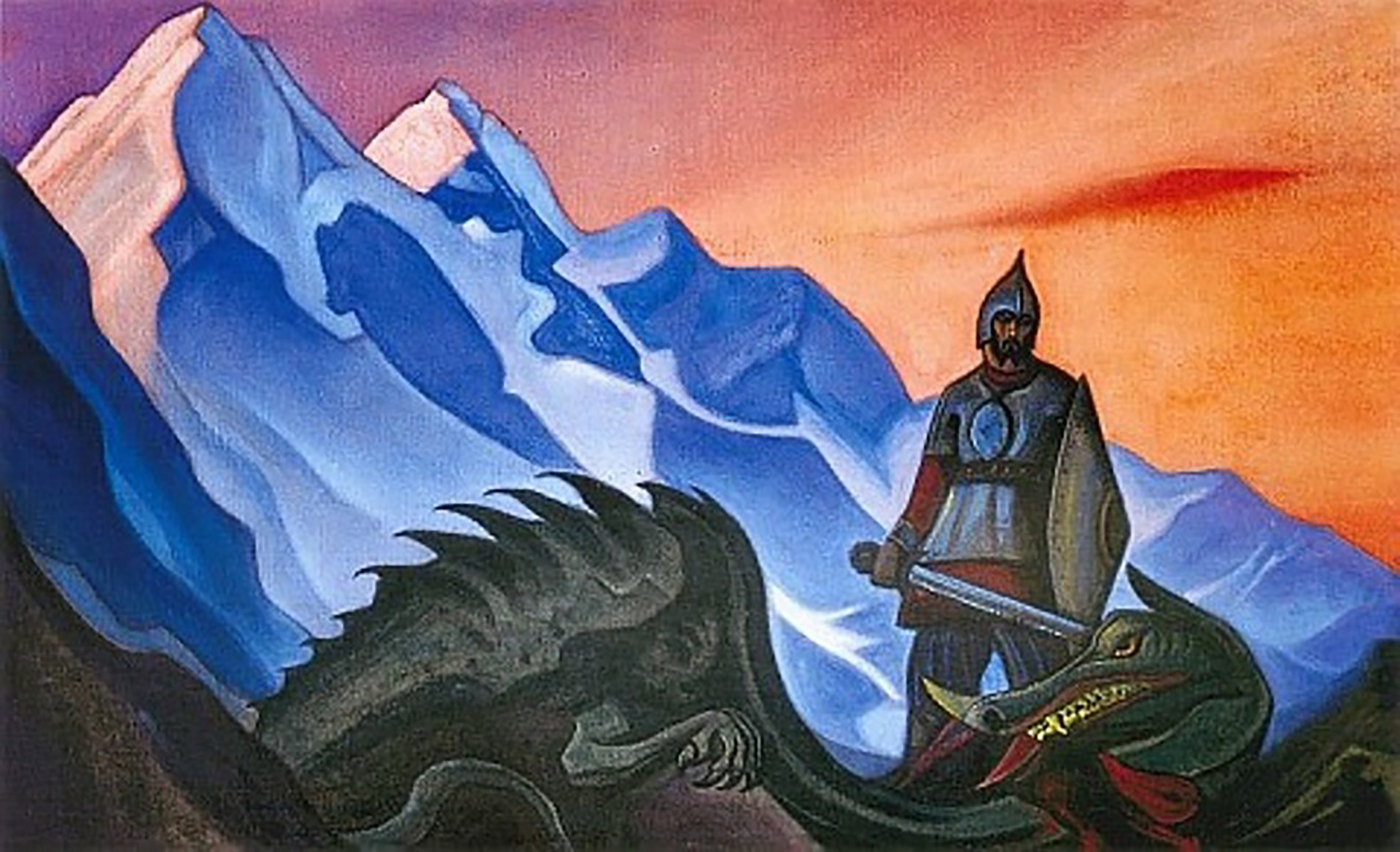 Nicholas Roerich came up with his own interpretation of the story. In 1942, he painted “The Win,” which, as critics have noted, shows the Nazi uniform as having dragon-like colors.

Contemporary Russia animation frequently goes back to elements from ancient Slavic folklore, and so it makes sense there are numerous cartoons featuring the story of Zmey Gorynych. In the character seeks to overcome his own evil nature and even learns how to be good.

As you may recall, the Christian Saint George also beats the dragon and saves the princess. Russians are so enamored with this story that image of George plunging a spear into the dragon is featured in the emblem of Moscow and a part of Russia's official emblem as well. 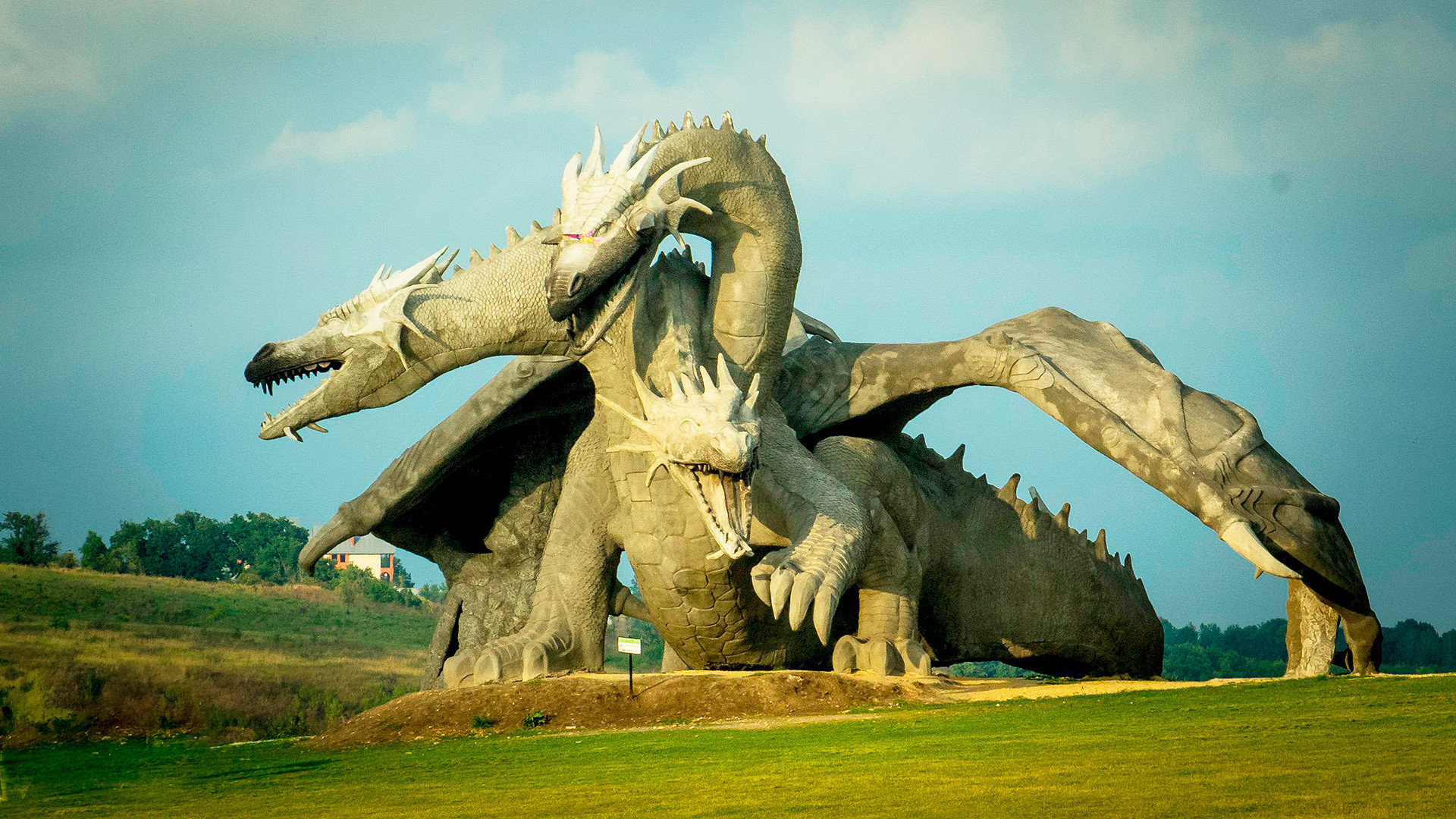 The image of Gorynych is frequently incorporated into contemporary urban planning. One of the biggest projects in recent years is a folklore themed park called Kudikina Gora in the Lipetsk Region (460 km south of Moscow) that includes an enormous figure of Zmey engulfed in flames. 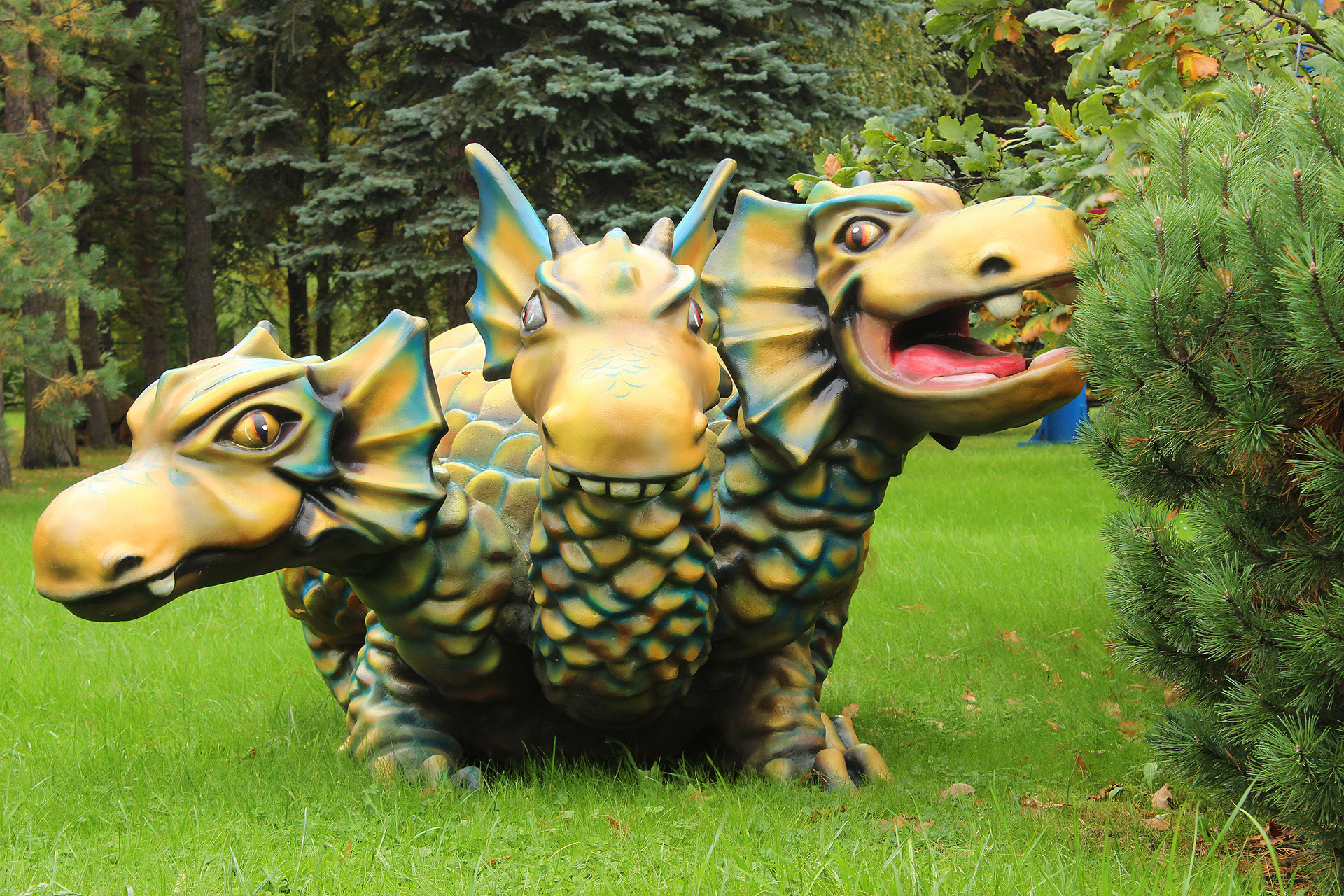 Monuments to Zmey were have also been erected in Syktyvkar (1,300 km north-east of Moscow), Novosibirsk (3,300 km east of Moscow) and St. Petersburg. 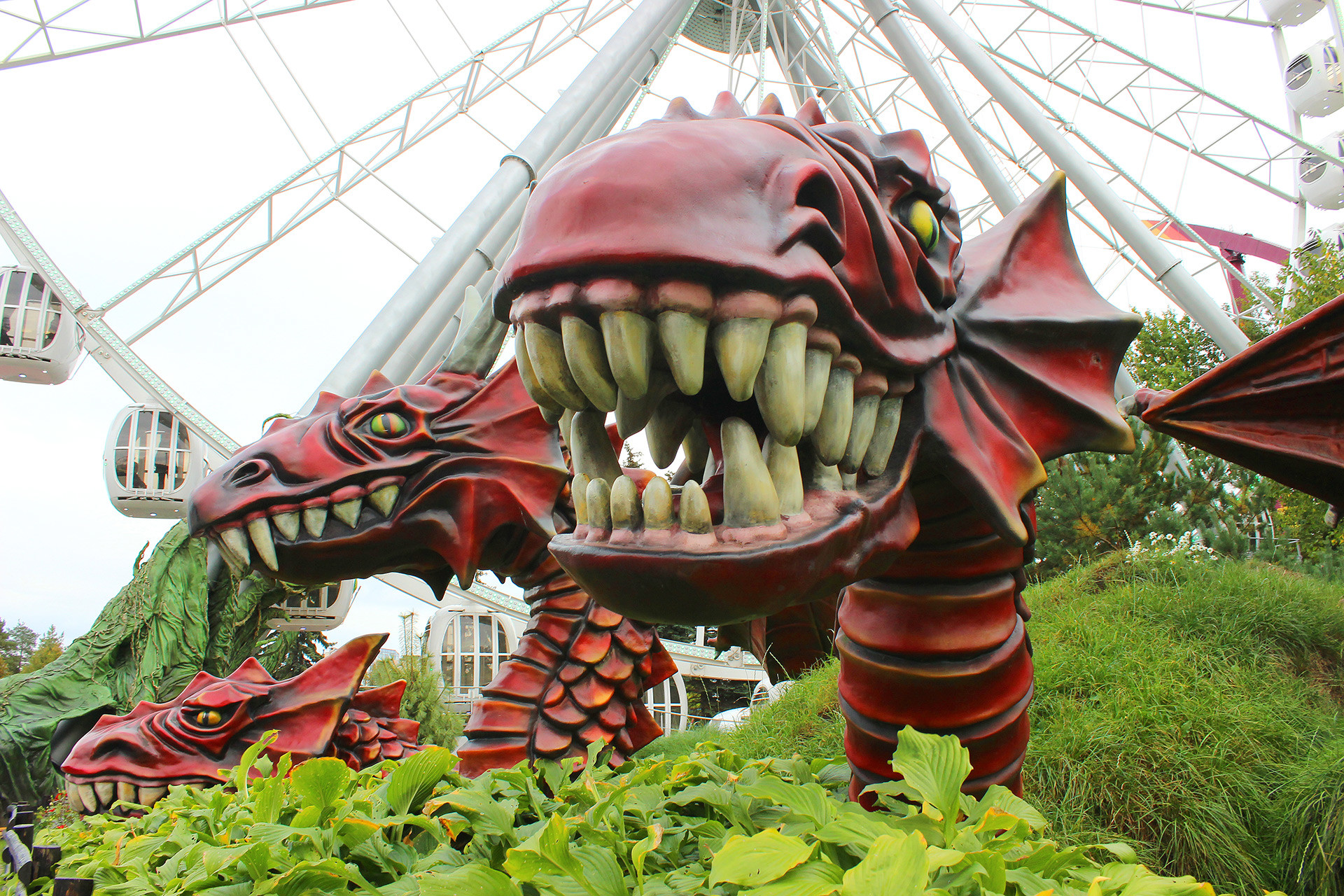