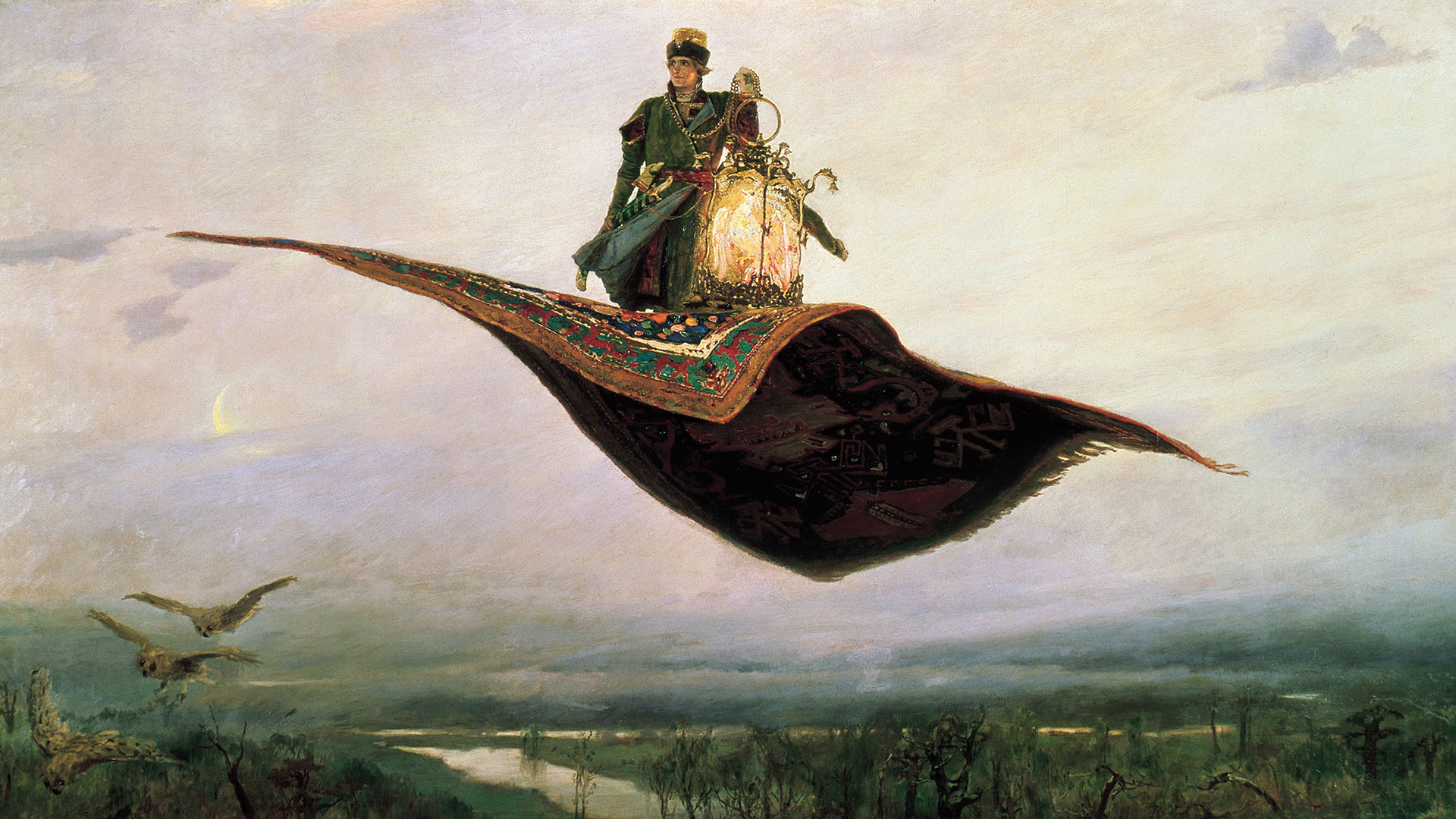 Anyone who has seen Aladdin knows what a magic carpet looks like. A prototype made in Russia is similar, but the pattern might differ.

Nizhny Novgorod State Art Museum
Talking horses, self-powered sleighs, and speed boots: These magical vehicles outdo even Elon Musk’s wildest fantasies. Chances are you won’t see any of these on the road any time soon, and if you do then you’ve certainly had too much holiday cheer. 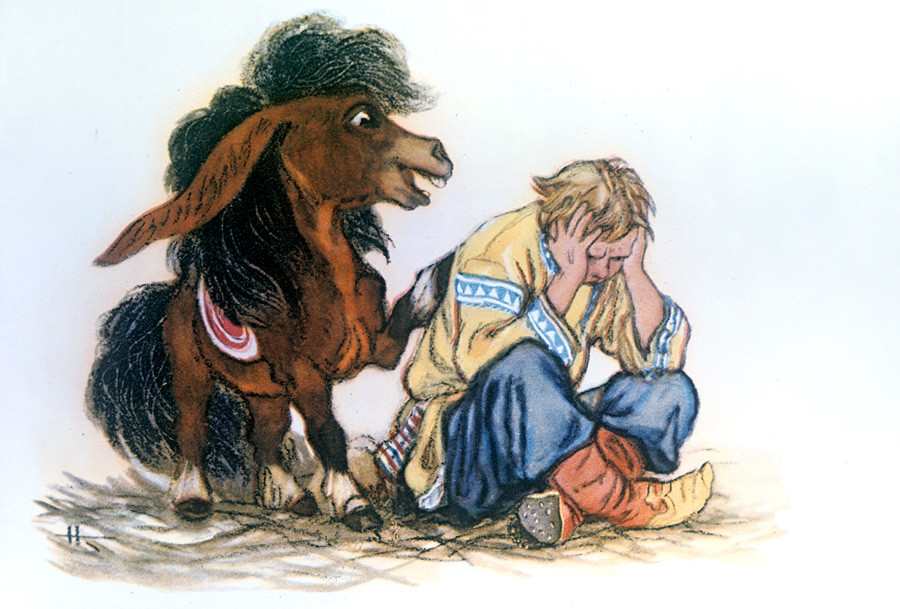 Reproduction of illustration by painter Nikolai Kochergin (born in 1897) for fairy tale "The Little Humpbacked Horse" by Peter Yershov.

The little horse Konek-Gorbunok (Little Humpbacked Horse) looks a tad unpresentable. He’s small, thin and has long awkward ears. But don’t jump to conclusions. Despite the shabby appearance, this horse runs like a sports car, dances, serves as a personal gatekeeper getting its owner out of trouble, finds him the most beautiful girl in town, and is even up for an occasional friendly hug when things become a little melancholic.

Nevertheless, despite these marvelous traits, a horse is just a horse, and that’s why it’s so low in the rating. 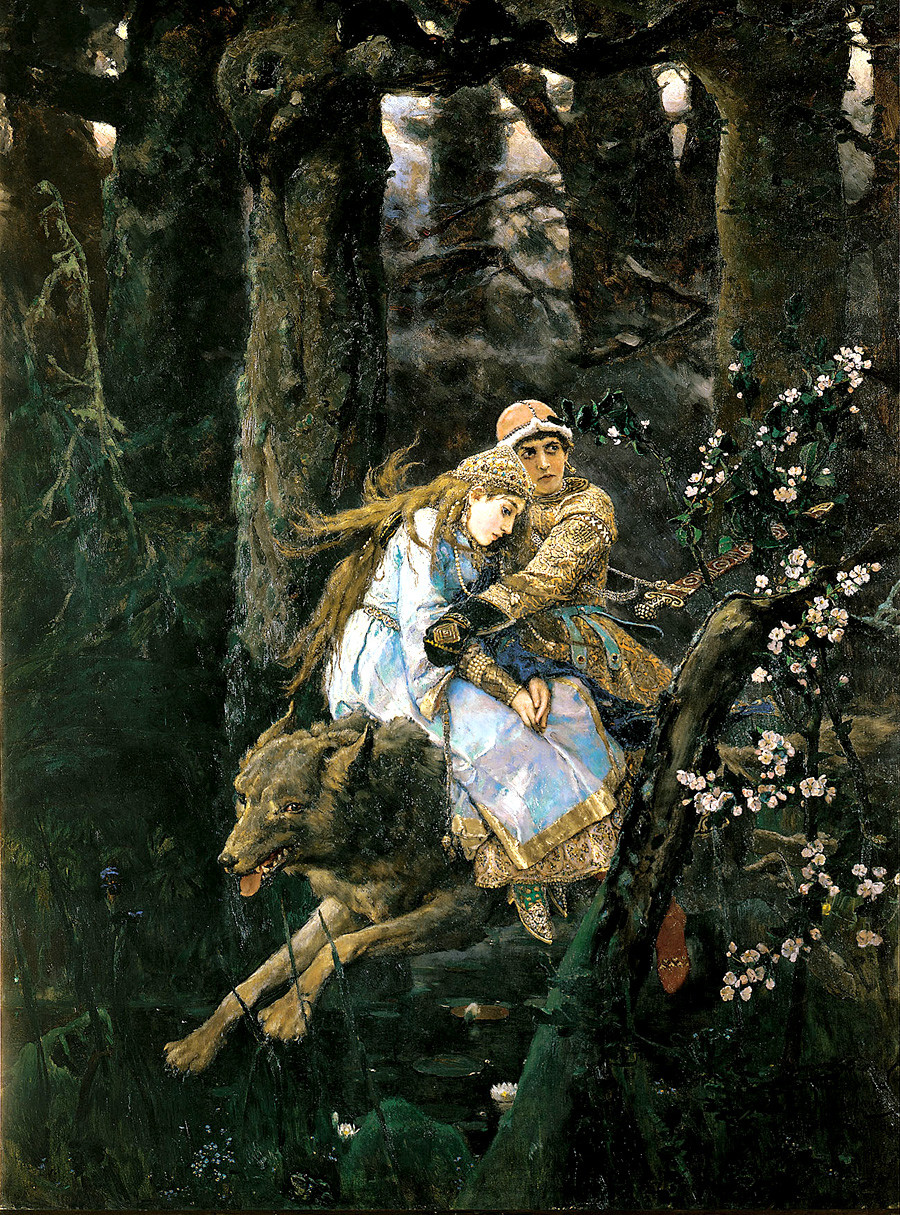 Ivan Zarevitch on the grey Wolf.

This mode of transportation is much akin to the talking horse, but a bit more ferocious. It has most of the same traits, but with a kick-ass attitude. Imagine riding into town on the back of a giant gray wolf… Now we’re talking. Little surprise that the wolf’s owner fled trouble with a girl in the back seat.

P.S. According to the fairy tale, the wolf ate Ivan’s horse, so obviously this mode of transportation is more advanced. 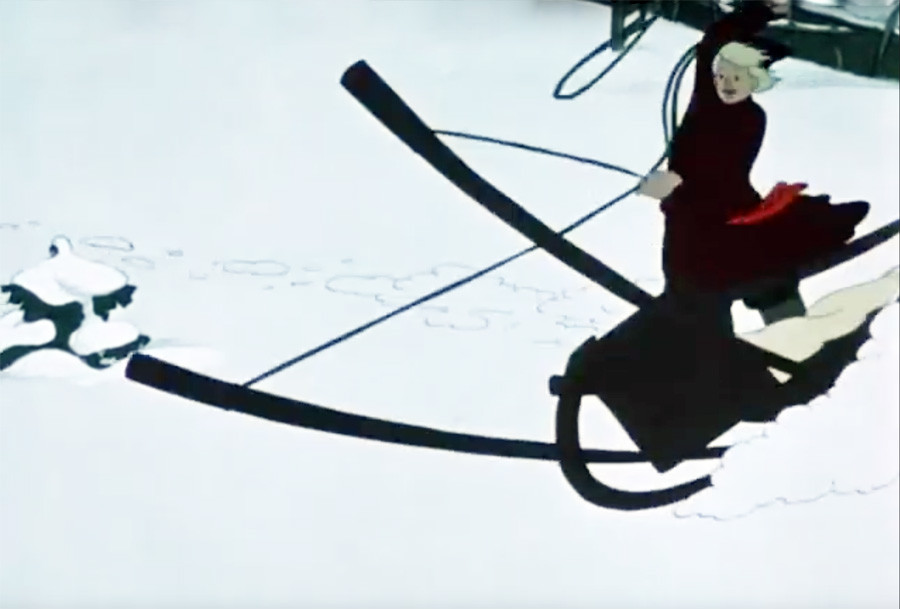 Powered by the rider’s will and the supernatural power of a magical pickerel that he had freed earlier, this self-powered horseless sleigh was once the pinnacle of ancient Slav engineering. This smart vehicle has one important defect, however. It’s a convertible and the lavish design makes it a little uncomfortable when driving in winter and completely useless in summer (as it has no wheels, only skids). 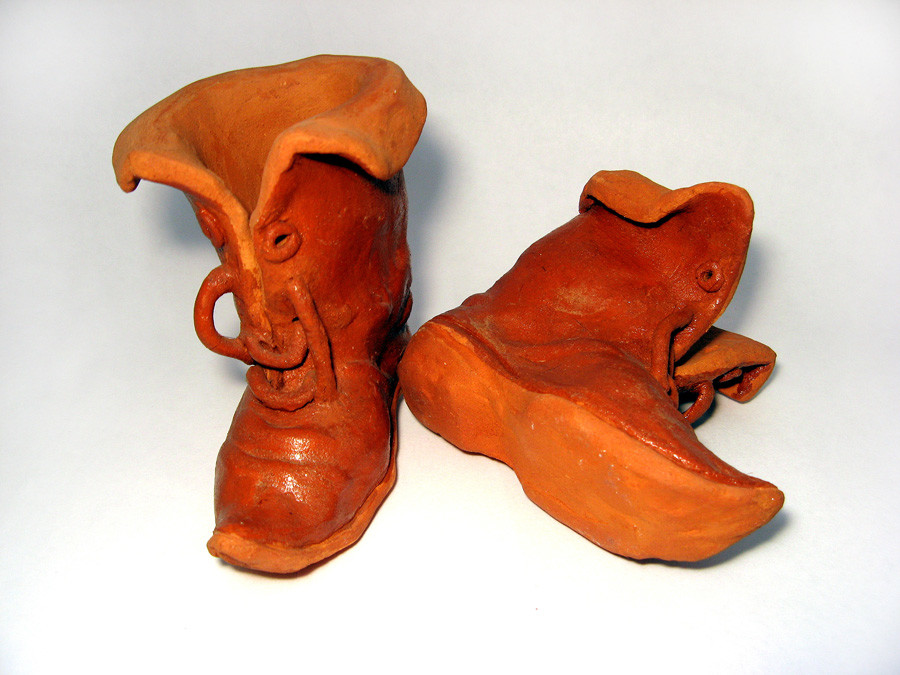 Forget fancy Kanye West sneakers, and trash your Nikes. The Russian version of internationally acclaimed speed boots should be worn in style. Fashion junkies might dismiss the boots as old-fashioned, but we prefer the term “vintage.” Anyway, these speed boots allow you to walk with strides of seven miles a step. Since it’s unknown if you can speed up beyond that or slow down, there’s always the danger of missing your destination by a few miles. Maybe these are old-fashioned, after all. 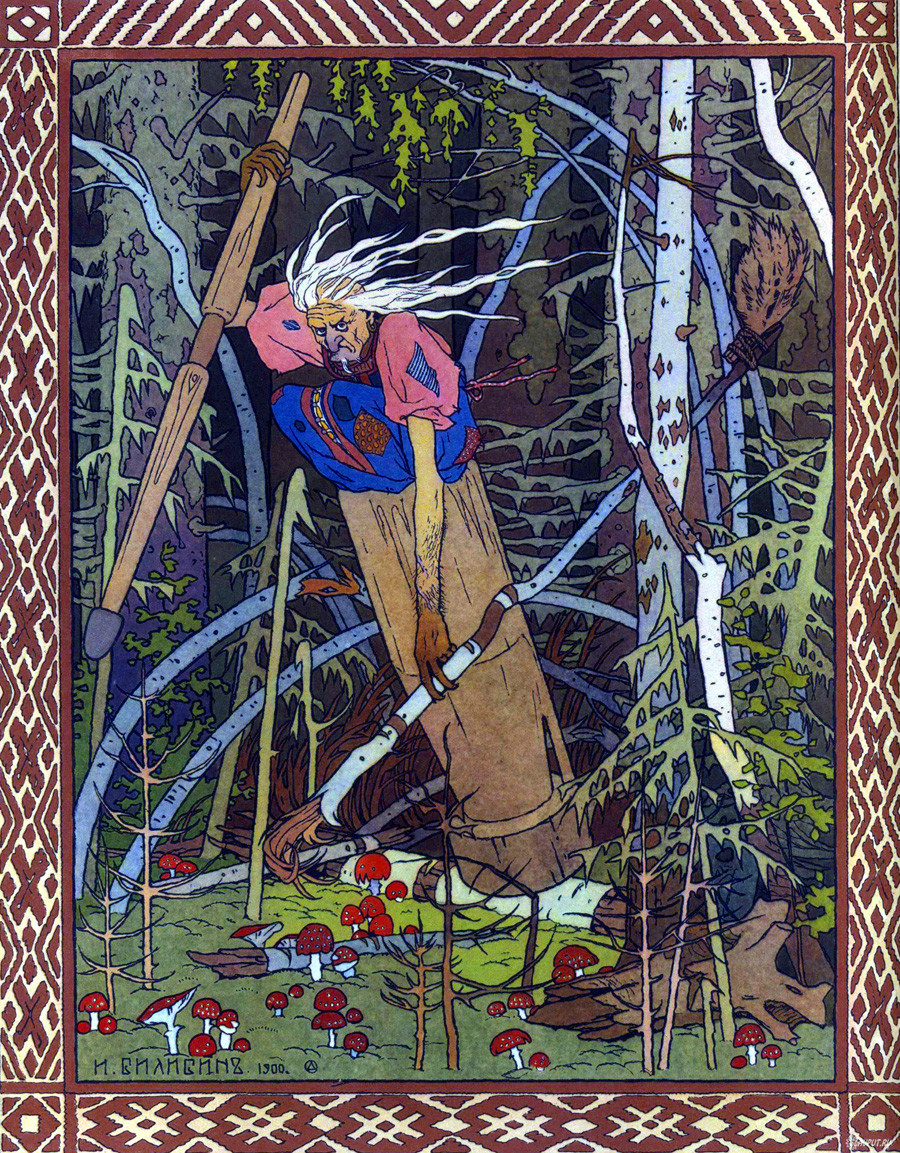 To ride this vehicle one needs to be a witch, and a certain age restriction applies as well. Only Baba Yaga, an old witch, has been known to ride a mortar. Judging by its design, one can conclude that riding a mortar resembles a hoverbike: You have great maneuverability, but what about the wind in your face? It’s good for short summer trips, but terrible for long journeys. 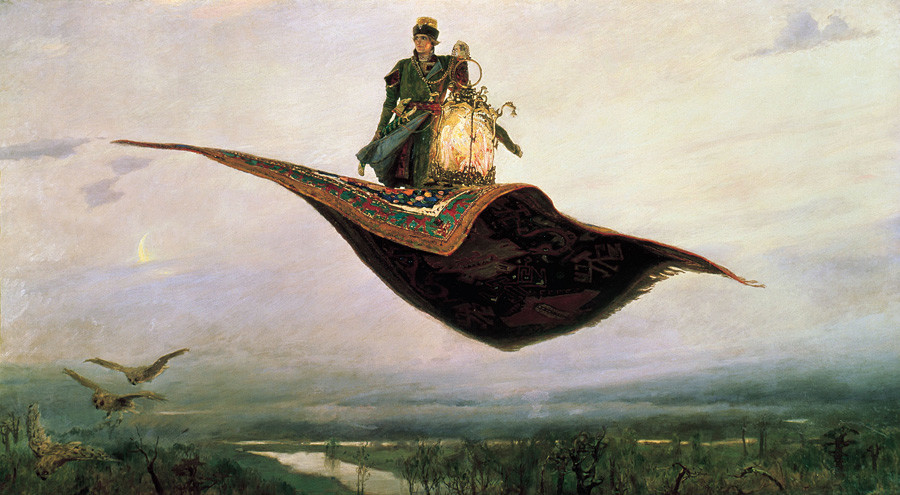 The Flying Carpet, a depiction of the hero of Russian folklore, Ivan Tsarevich.

Anyone who has seen Aladdin knows what a magic carpet looks like. A prototype made in Russia is similar, but the pattern might differ. We also can’t remember Aladdin parking his carpet by pinning it to a wall, but in Russia this is the primary parking technique. 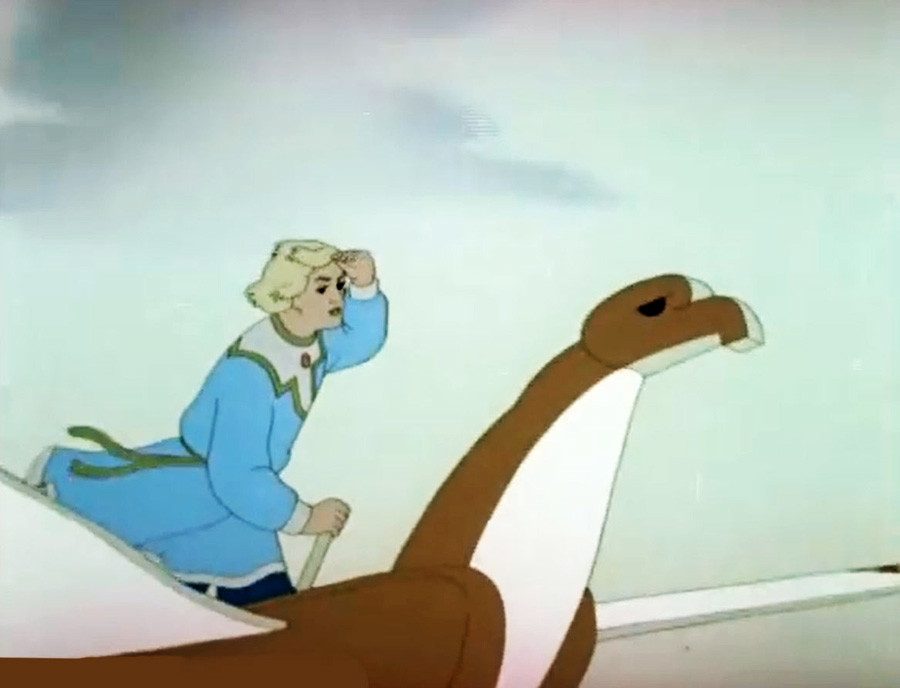 This vehicle is made by a self-educated garage engineer and flight-enthusiast, so it never went into serial production. This is a pity because had it been produced on a mass scale, Russians could have claimed copyright to the first Boeing ever built. 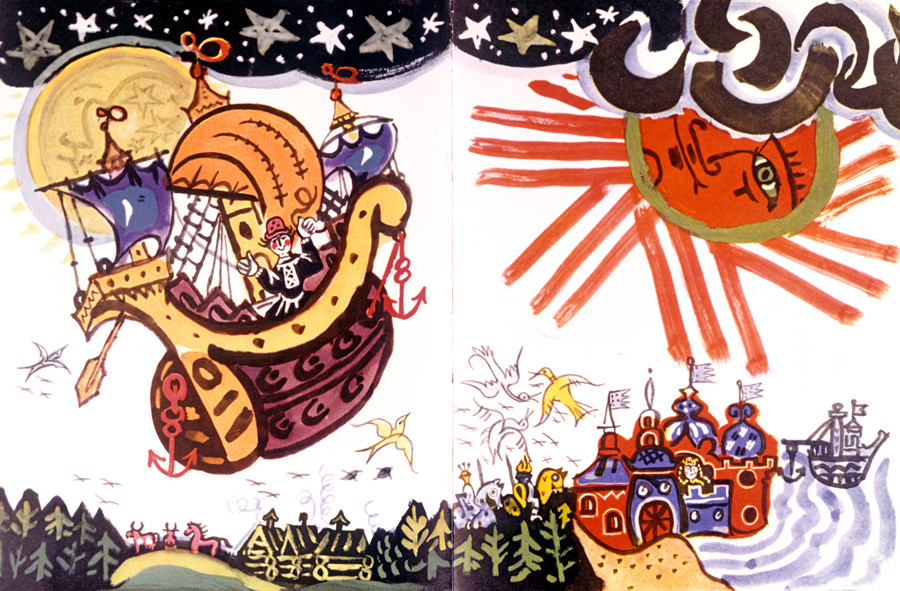 Flying ship. Illustration for "Miles and Miles Away" book.

Same idea, better execution. This vehicle is a close relative of the wooden bird-plane designed by a rival firm. If the bird-plane can only carry two people, a pilot and a passenger, the flying ship is spacious enough to host a playboy summer party somewhere over the Mediterranean. As a bonus, you can always impress your friends with a splash when landing on water. 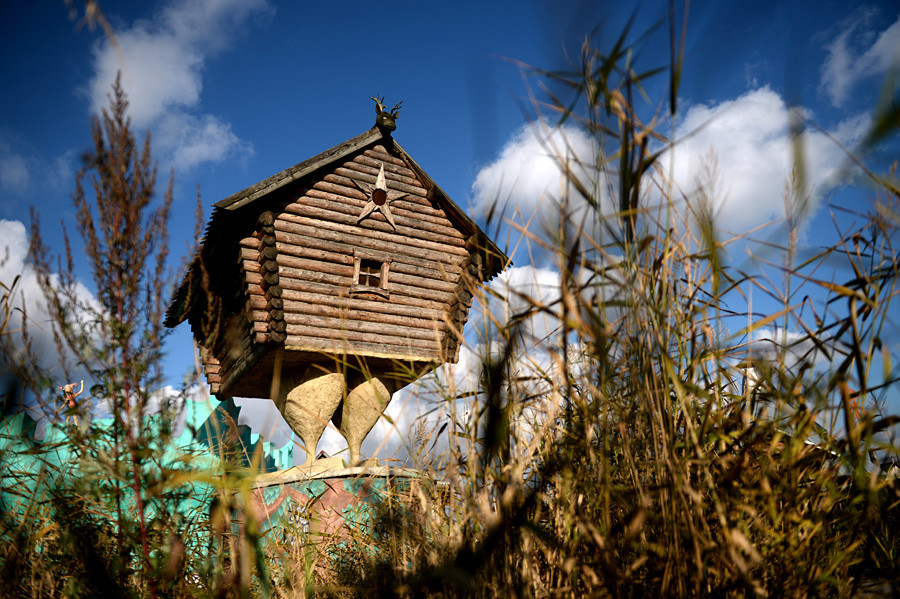 The fairy Hut on Chicken Legs built a few years ago at the 30th kilometer of the St. Petersburg-Moscow highway in the village of Ulyanovka, Leningrad region, by former entrepreneur Vasily Kozin from St. Petersburg.

Convenient, spacious and reliable, this Russian-made crossover failed to conquer foreign markets but earned a legendary reputation in Russia. The chicken-legged hut is essentially an all-terrain vehicle (smaller versions fall into the SUV category) combined with the interior of a massive home-on-wheels type of van. What else can one wish for? Again, it’s Baba Yaga who claims rights to the vehicle, as if the flying mortar is not enough for the old lady. 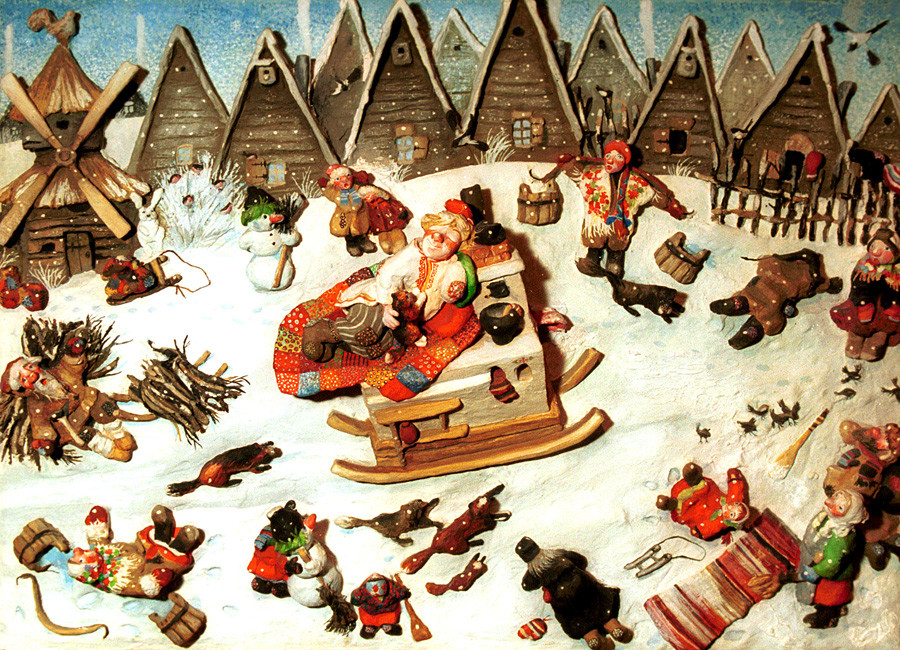 Ladies and gentlemen, the legendary Russian stove is the ultimate and unchallenged champion in this short-list. This vehicle was self-driving ages before Google and Tesla popularized the technology, and it has an advanced climate-control function that keeps passengers warm in freezing temperatures.

A standard version comes with a 24/7 cooking service in the form of an easily reachable oven inbuilt in the vehicle’s body. Just climb up on this engineering marvel, and you’re ready and packed for short trips and long journeys alike, kept warm, as well as supplied with provision and refreshments for the whole trip. No need to worry about planning a route, just speak and let the stove do the rest.

Don't worry if you can't find where to buy a self-driving stove these days; there are other unbelievable but real cars on sale in Russia.