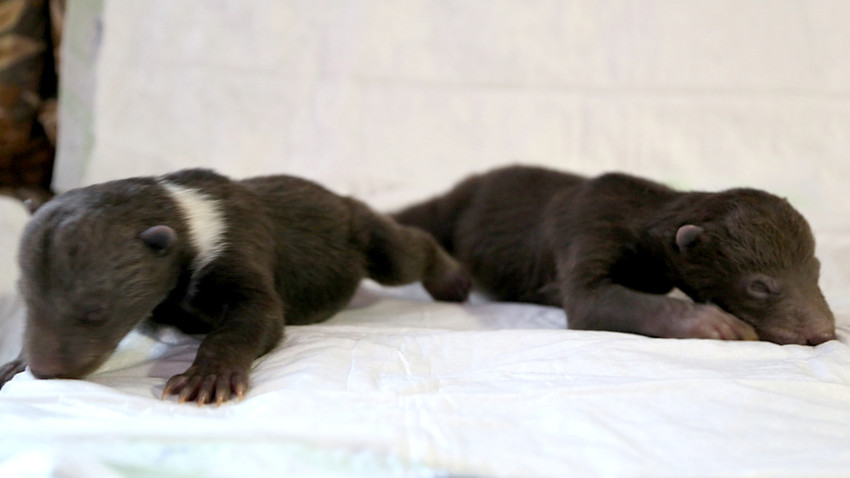 Ministry of Natural Resources and Environment of the Tver Region
Cute little animals were abandoned by their mother before being found by hunters, who took them to the International Fund for Animal Welfare.

Two little bears were found alone in a forest in the Tver Region (200km north of Moscow). They were only 15 to 20 days old and still blind – so absolutely helpless.

The rescuers think their mother was frightened off by people cutting wood. Bears very rarely return to places they run away from, even if they leave their babies behind.

Timber workers and hunters found the cubs, held them to their bosoms to keep them warm, and contacted the International Fund for Animal Welfare, where they now are being treated by professionals before being released back into the wild.

To ensure that a trip into the Russian forest leaves only good impressions, we have prepared a list of the 12 most dangerous Russian animals.