The typical ‘St. Petersburger’: How to become ‘one of the guys’ in the northern city 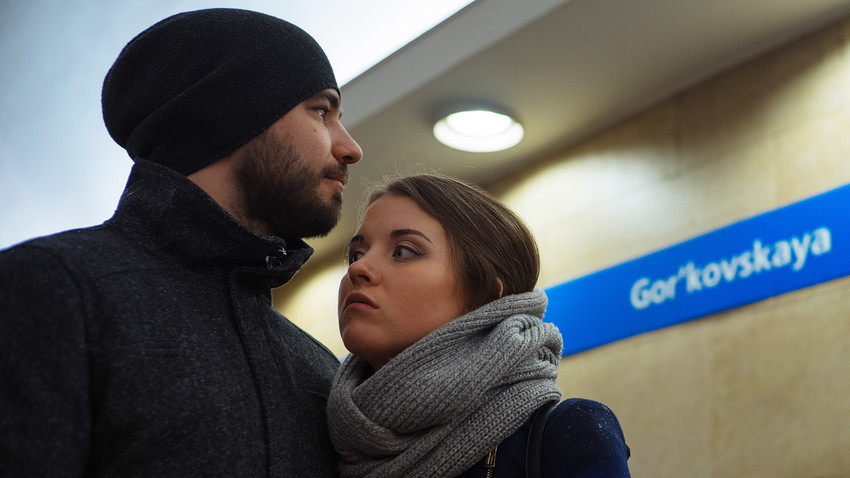 Legion Media
The most common myth about the locals is that they’re all culture snobs, while it seems a ‘stranger’ has no chance of belonging in the city.

The city-dwellers dress discreetly. They respect minimalism, a good cut, and originality (in everything). This is why even alcoholics here are not deprived of “a sense of style.”

St. Petersburgers - as we may call them - do not understand an obsession with clothes, especially expensive ones, and do not consider second-hand shops bad taste. 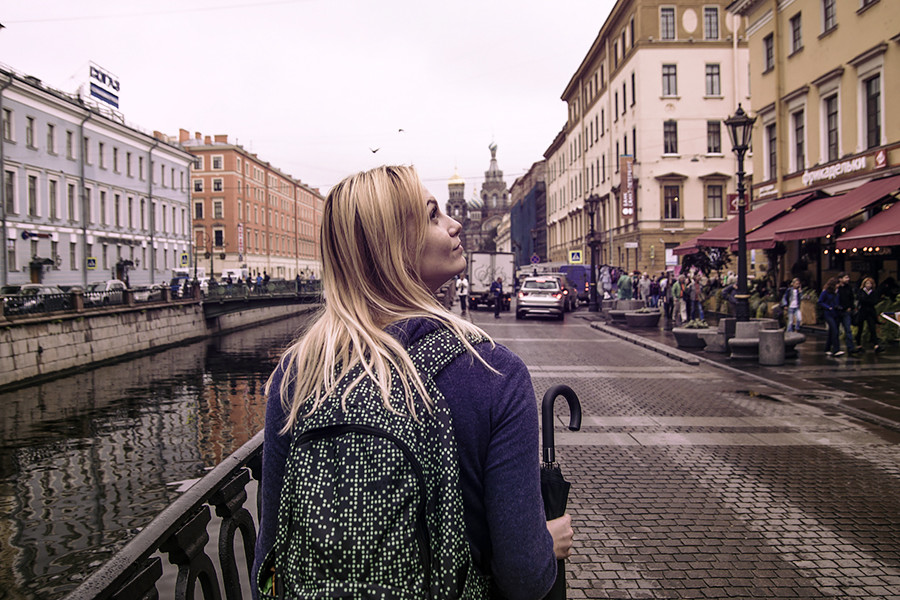 Their closets are full of outer garments for each half of the season.

Their closets are full of outer garments for each half of the season.

Also, the locals have a habit of speaking softly. “When you see someone who is speaking very loudly about something, 75 percent of the time they are not from here,” says local resident Anya Panasyura.

Where do the locals hang out?

Underground bars in the city always beat expensive nightclubs, and quiet home parties are much more popular than stadium concerts.

“The St. Petersburger has the opportunity to dine at a chic restaurant, but he will go to a winery or a small bar located in the second courtyard of some alley,” remarks Dmitry Adamovich. The locals’ classic Friday itinerary is composed of noisy bars starting on Rubinstein Street and ending on Dumskaya or Konyushennaya Street. 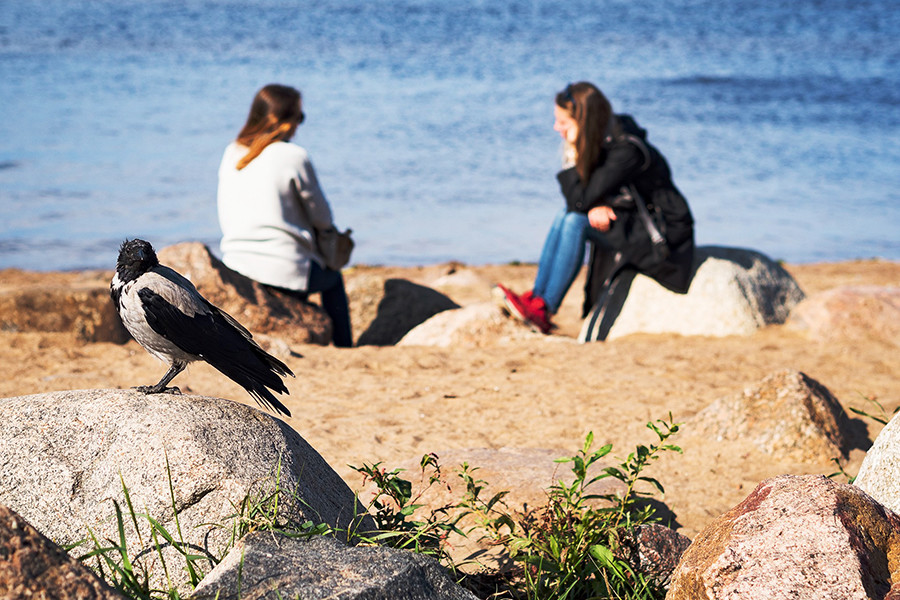 Due to the awful weather most of the year, on rare sunny days St. Petersburgers go sunbathing just about anywhere they can

Due to the awful weather most of the year, on rare sunny days St. Petersburgers go sunbathing just about anywhere they can. A city park, a small patch of grass, a road or the lawn by the walls of the Peter and Paul Fortress - all places are good.

How does the typical St. Petersburg resident get around?

Without hurrying. Walks are an important part of life in St. Petersburg. Not rigid movement from point A to point B, but aimless sauntering along quiet little streets. They usually try to bypass the main street, Nevsky Prospect, taking a side street instead. Nevsky is basically a tourist trap. 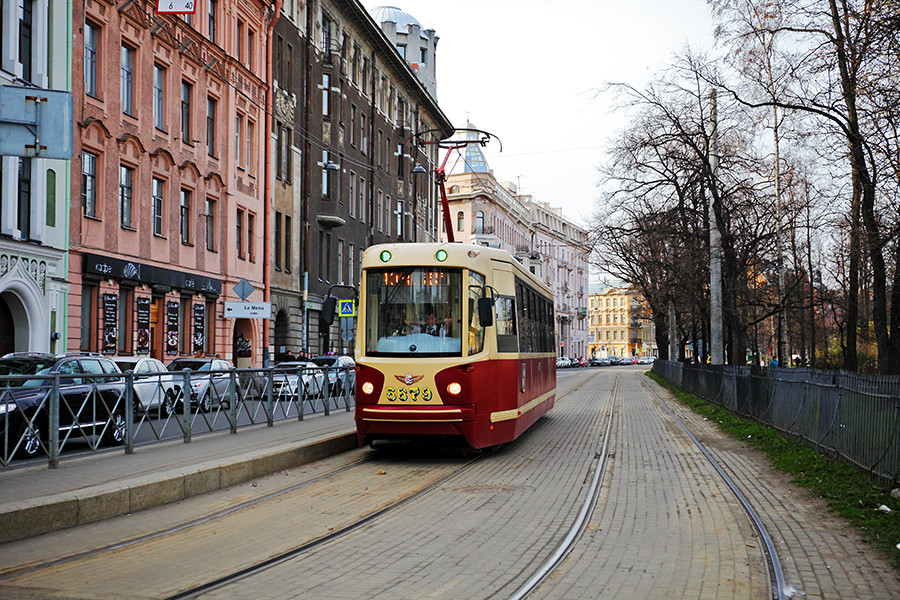 “A real St. Petersburger will buy a Jeep only if he has a dacha in the Leningrad Region”

The typical resident plans his day in accordance with the time the bridges will be raised over the Neva River. If they’re late getting back, they will have to look for someplace to crash.

“A real St. Petersburger will buy a Jeep only if he has a dacha in the Leningrad Region,” writes online user Igs Brook. There’s an unspoken hatred among the locals of private transportation, which clogs up the narrow streets. People use ground public transportation here: Buses, trams, or the subway. And if a St. Petersburger is running down the escalator, it’s usually not because they’re late, but because “it is too deep, long, and boring to descend down the escalator.” The locals’ tardiness has long gone beyond the boundaries of propriety: Being 30 minutes late is not being late.

At night people ride the escalators sitting. And if they need a taxi, they catch it according to the Russian tradition: Waving their arm in the air, despite the fact that there are services such as Uber and Gett in the city.

How does the typical St. Petersburger view the world?

St. Petersburg residents are very possessive about their city, underlining that Rome and Paris are not any better. They also somewhat hate Moscow.

If someone moves to Moscow, it’s not considered climbing the career ladder but rather “an inevitable sin.” Finding themself there, the person immediately begins dreaming of returning to St. Petersburg. 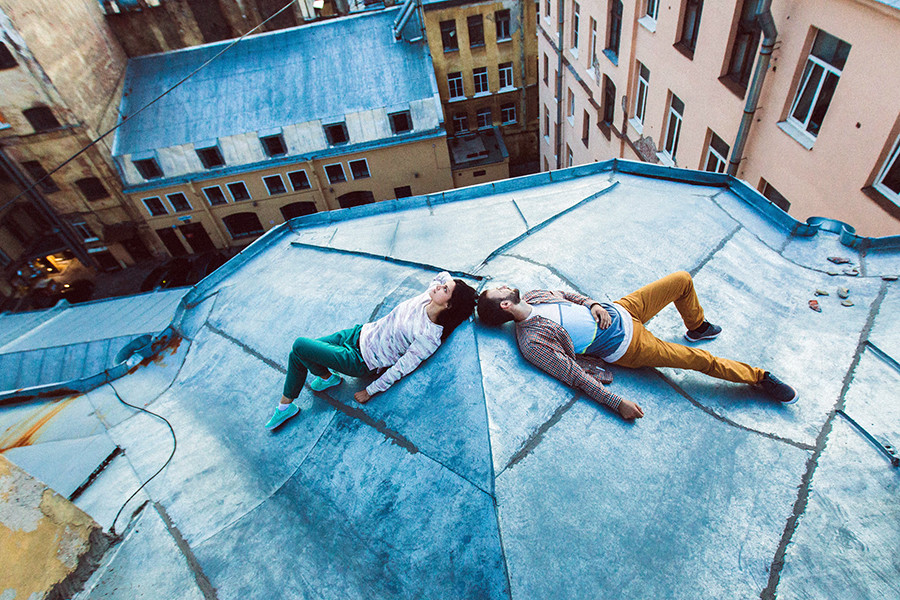 St. Petersburg residents are very possessive about their city, underlining that Rome and Paris are not any better.

“Here it is normal to go to Finland to do your shopping and to criticize the Muscovites for their vanity and earthliness,” notes Anna Koroleva. Due to the cold and damp the residents have resigned themselves to frequent runny noses and sinusitis, thinking of these ailments as an inseparable part of city life.

Taciturn and introverted people will never be considered sad here. “An inveterate St. Petersburger, as they are walking, will never rejoice about the surrounding beauty. He will always mope about and reflect on the destructiveness of the bridges and the perishability of existence,” comments Olga Khristoliubova.

In St. Petersburg “each housewife knows” what’s happening with the local football club, Zenit. Most people use the VKontakte social network (as opposed to Facebook), the office of which is located on Nevsky Prospect, and love art (even if they don’t understand it much).

“Even incorrigible drunks in Soviet eateries would leaf through a Hermitage sculpture catalogue between their gulps of port,” one St. Petersburger writes.