St. Petersburg authorities offer reward of $18,000 in war against icicles 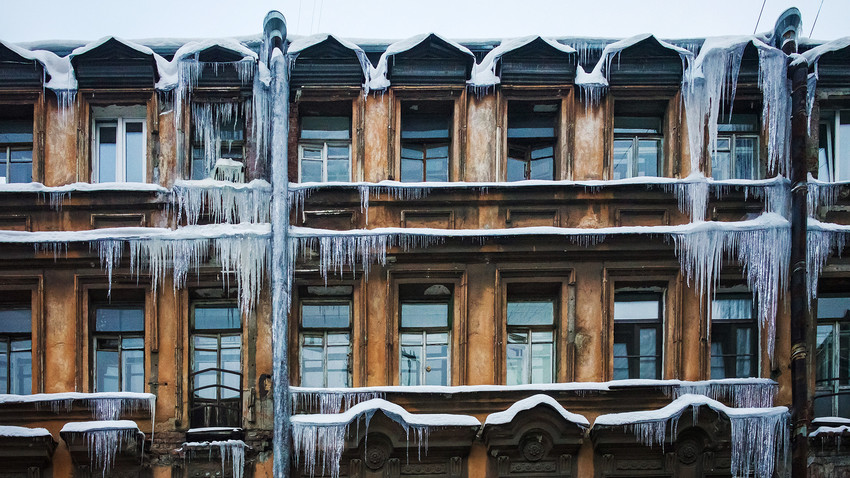 The St. Petersburg foundation, “Prodvizhenie” (“Advancement”), announced the start of a competition for scientists, businessmen and engineers under the age of 35 to create a device to eliminate icicles from city rooftops.

“Prodvizhenie” is ready to pay 1 million rubles (about $18,000) for the invention as a reward for whoever comes up with the most ingenious way to prevent icing.

“The current system of snow and icicle removal is obsolete, but so far no decisive action has been taken in this respect,” said Andrey Zaikin, head of “Prodvizhenie.”

Winters in St. Petersburg are especially harsh because of proximity to the Baltic Sea. Icicles form often and are abundant, posing a serious danger to lives and property. The debate about the problem has been discussed for years. In 2010, Valentina Matvienko, then St. Petersburg’s governor, suggested bombarding icicles with lasers, arguing that merely cutting them down with axes and shovels is a “stone age technique.”

The governor also suggested steam to be used in the ferocious war against the legions of lethal ice spikes. This idea, however, was only partly implemented when hot air was used to blow snow off roofs, helping to prevent icing.