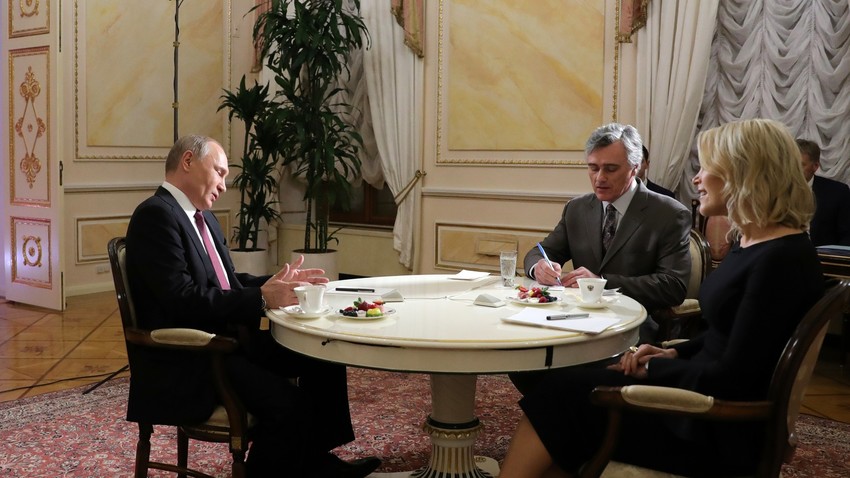 Russian President Vladimir Putin during an interview with NBC network anchor Megyn Kelly in the Kremlin.

Mikhail Klimentyev/Sputnik
However, Russia’s president isn’t sure his secret service skills help him gain an advantage over other world leaders.

President Vladimir Putin’s days working for the KGB helped him in the civil sphere, said the man himself during an interview with NBC's Megyn Kelly.

Putin explained that the skills he picked up while working for the Soviet Union’s security services came in useful when he was an assistant to the rector of St. Petersburg University, and Mayor Anatoly Sobchak's advisor on international affairs. Russia’s president couldn’t say if the same was applicable when it came to gaining an upper hand over leaders of other countries.

“It’s hard to say. I have no other experience. The only thing I know is that my partners, heads of states, governments, are exceptionally outstanding people. They went through a huge selection process and were chosen. There are no lucky people at this level, and each of them has their own advantages over others,” he said.

Did you know Putin loved to recruit agents when working for the KGB? Read more here.