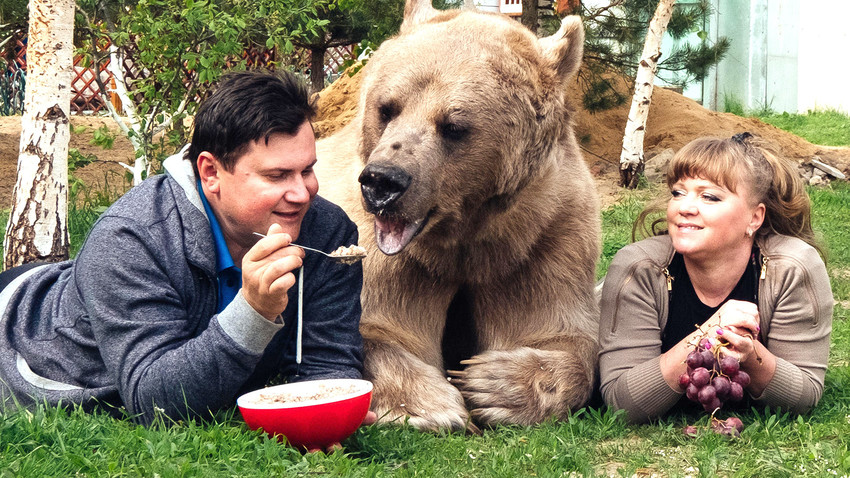 Legion Media
As one of the oldest Russian symbols of national spirit and power, the bear is a popular mascot and can be seen on the official emblems of many Russian cities. The bear is also a hero of Russian tales and folklore. Here is the story about the five most popular bears in Russia today. 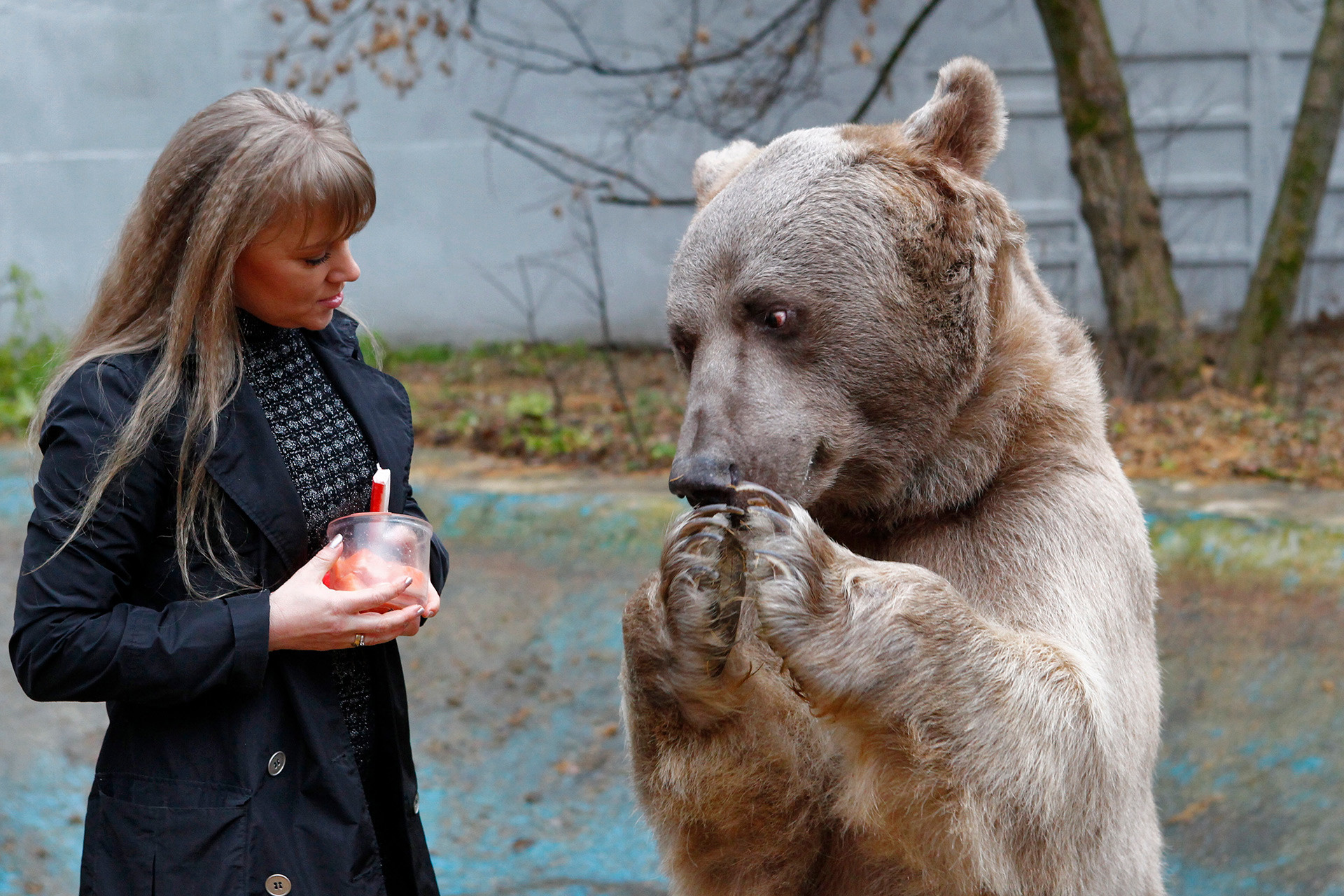 In 1993, an ordinary Russian couple, Yuri and Svetlana, adopted a three-month old bear cub. Thanks to a gentle upbringing, they achieved something fascinating: Stepan isn’t aggressive or hostile to humans. He lives with his family and works as an actor and model. He has starred in movies by such famous directors as Pavel Lungin and Alexei Uchitel, and regularly appears on TV and in commercials. 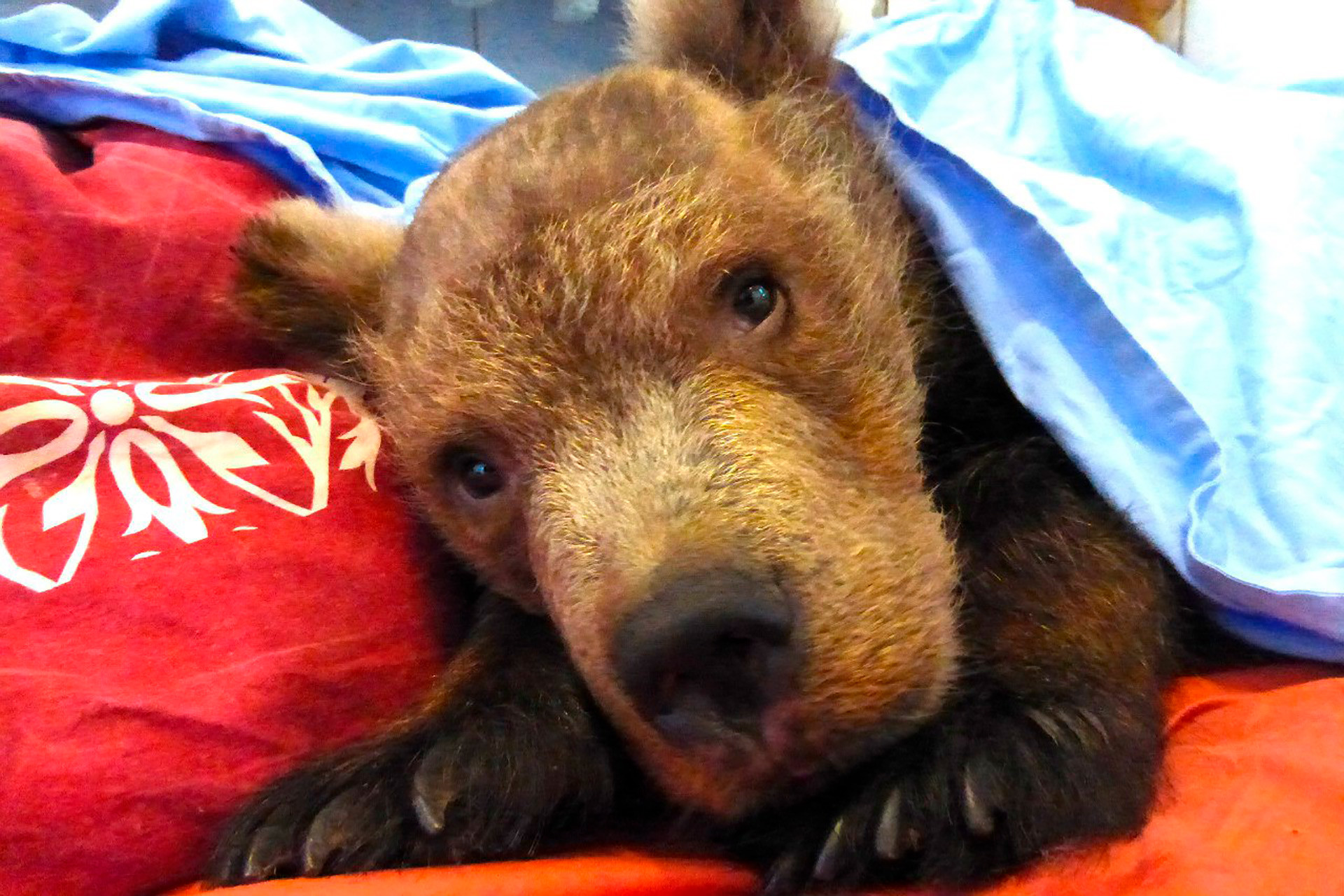 Senya was a brown bear, but he looked like a big cat. Somehow, he was only 45 cm high and weighed 20 kg, while the average brown bear weighs over 500 kg and can be 1.5 meters tall.

Senya was found in the wild and there were plans to return him there, but he was too weak and so he stayed with the veterinarians.

Senya impressed everyone with his human-like behavior. He slept on a pillow, covered himself with blankets and made friends with people. But other brown bears resented him – maybe because he looked too different.

Senya could have been officially named “the smallest bear in the world,” but he died just days before the arrival of approved documents from the Guinness Book of Records. 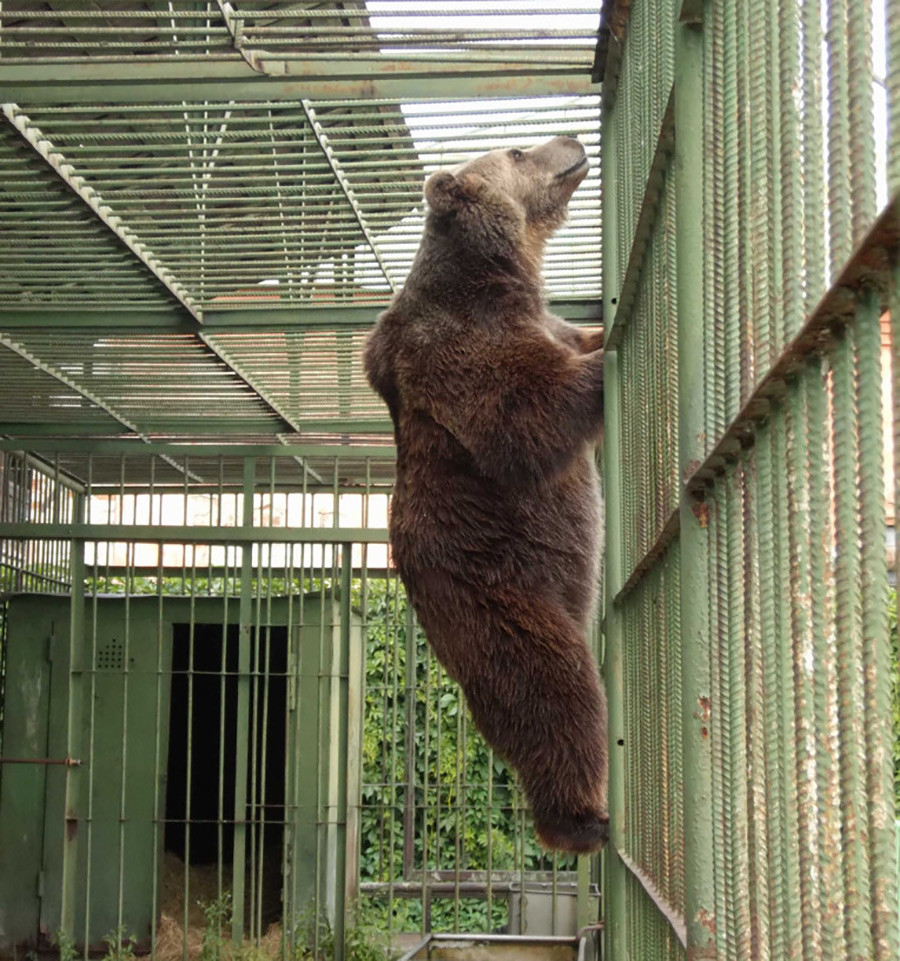 The city of Yaroslavl (155 miles north of Moscow) boasts a bear as its heraldic symbol, and it’s been here since at least the 17th century, symbolizing caution and strength. Masha is the current embodiment of Yaroslavl’s “bear spirit” – a bit like the official city bears living in Bern, Switzerland.

As a cub, Masha was bought from poachers by a man who later tried to sell her to the circus. Luckily, Masha stayed at the Yaroslavl Museum Reserve, where the staff built an enclosure with an artificial bear den. This is now Masha’s home.

She is rather old according to bear standards – over 30 years. During her time at the museum, Masha has never been ill. She’s over two meters tall and weighs 250 kg. 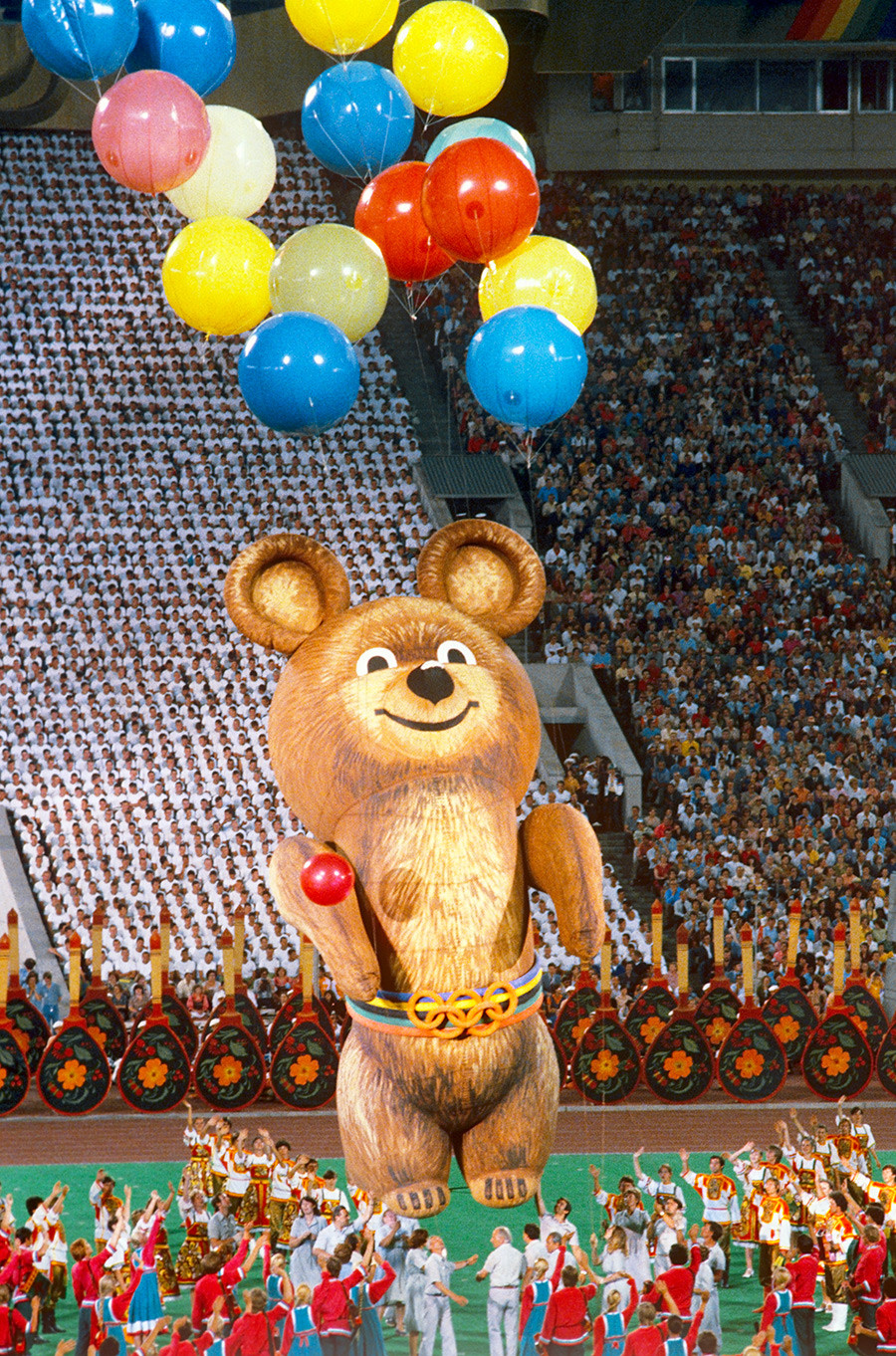 Created by the popular Soviet children’s cartoon artist, Viktor Chizhikov, Misha was the mascot of the 1980 Moscow Olympics. He also appeared as toys, emblems, badges and much more.

For the Olympics, an eight-meter high, helium rubber balloon in the form of Misha was made. On August 3, 1980, during the Moscow Olympics’ closing ceremony a balloon of Misha was released into the sky, broadcasted live across the Soviet Union. To this day it’s remembered as one of the most touching public ceremonies of the late Soviet period. 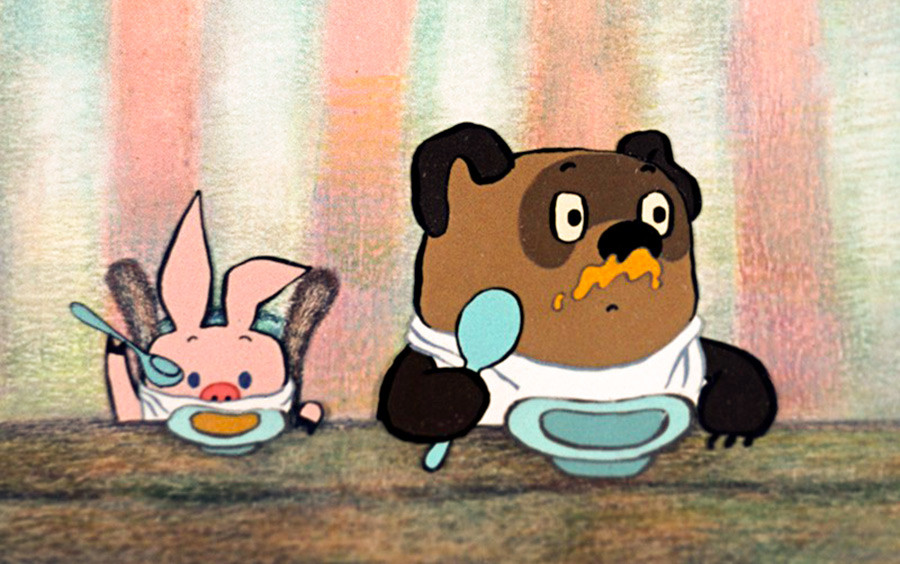 In the late 1960s, Soviet animation studio Soyuzmultfilm produced a cartoon about Winnie the Pooh. The Soviet Winnie, however, is quite different from the Disney one! Soviet Winnie is always grumpy, baffled by something and not very witty.

It took a lot of voice acting and a bit of technical wizardry to make the character lovable. Soviet Winnie was voiced by the talented actor Evgeniy Leonov, and then his voice was sped up to sound more funny. Winnie’s drawl is familiar to every Russian kid since 1969. 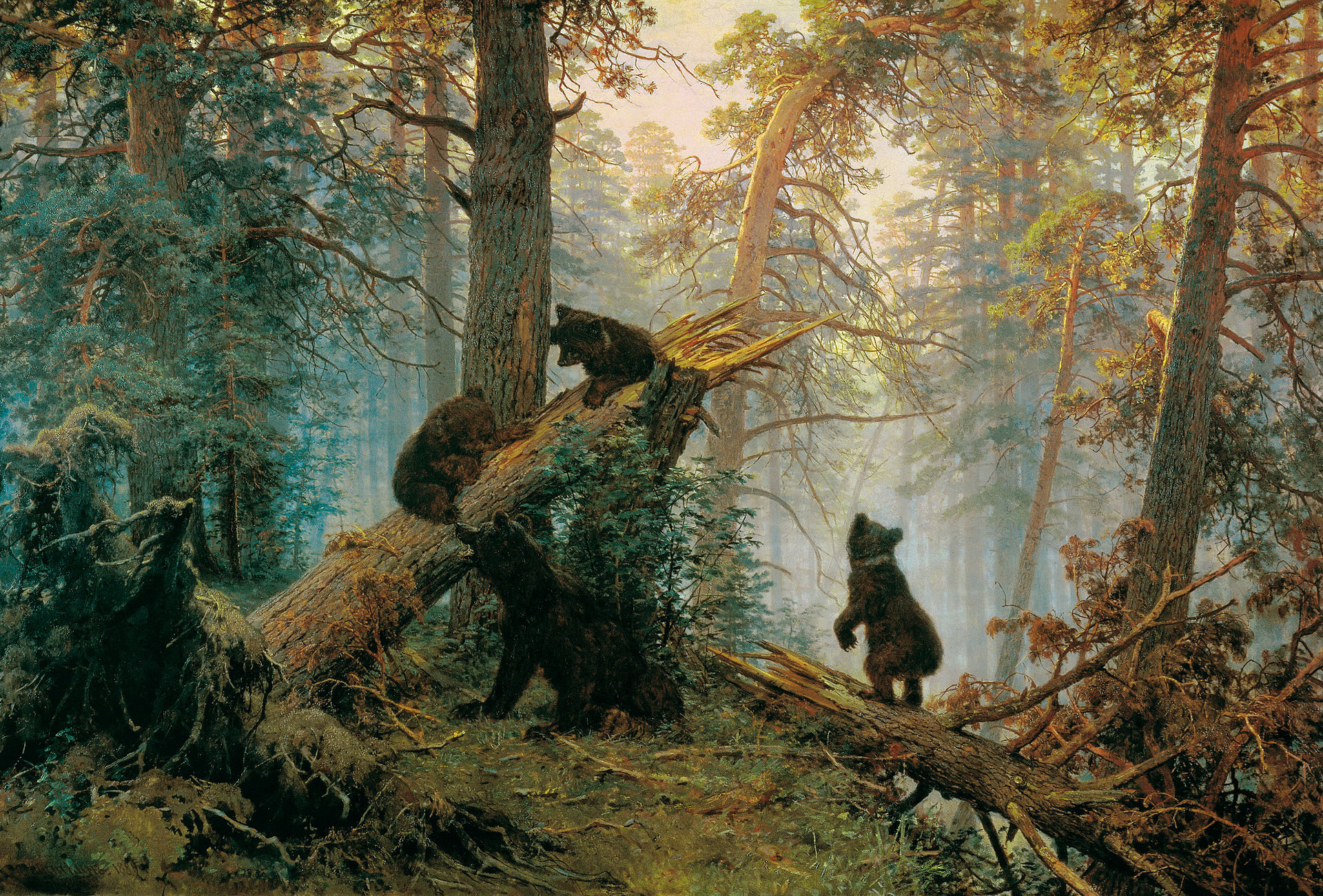 These bears are anonymous, but they’re one of the first that a Russian child gets acquainted with. “Morning in a Pine Forest” is an 1889 painting by artists Ivan Shishkin and Konstantin Savitsky. In Soviet times, its reproduction appeared on “Clumsy Bear” chocolate candies, which is how these bears became a favorite of all Soviet children.

Funny fact: Ivan Shishkin was great at painting trees and plants, but awful with animals. So he invited Savitsky to paint the bears. When art collector Pavel Tretyakov bought the painting from Shishkin, he removed the relatively unknown Savitsky’s signature to make the painting more valuable.