How to survive a Russian wedding: A brief guide for guests 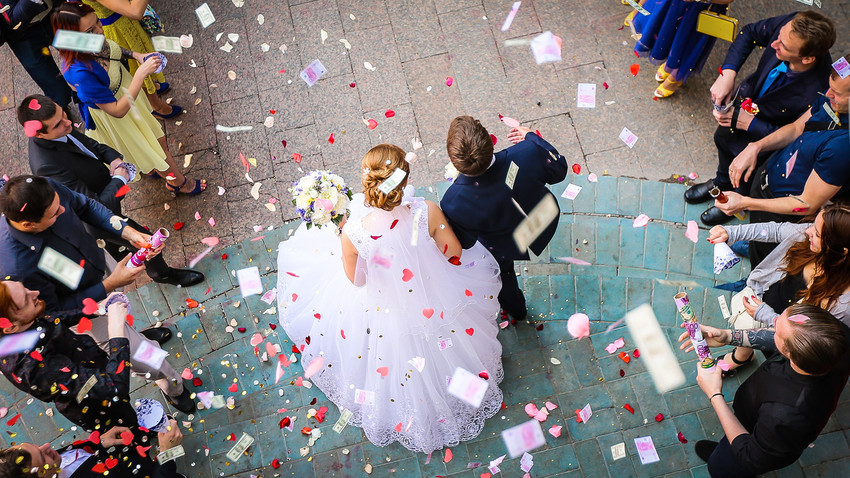 Sergei Savostyanov/TASS
So you’ve been invited to a wedding in Russia? Congratulations! A Russian wedding is always a special occasion—all the way up until the moment when things go bad. But you’ll get through it without (too much) drama, especially if you follow our advice and prepare properly.

1. You will most likely have to drink a lot

Just resign yourself to this. It’s inevitable. Alcohol flows heavily at Russian weddings. It is useless to even bother resisting, but you can at least prepare in advance. For example, try swallowing a small chunk of butter before the wedding. It is rumored that this is how KGB agents were taught to drink in order to remain as sober as possible when forced to imbibe. Or read how to drink vodka with Russians (and not get drunk).

2. You'll have to sit through lots of unbelievably long 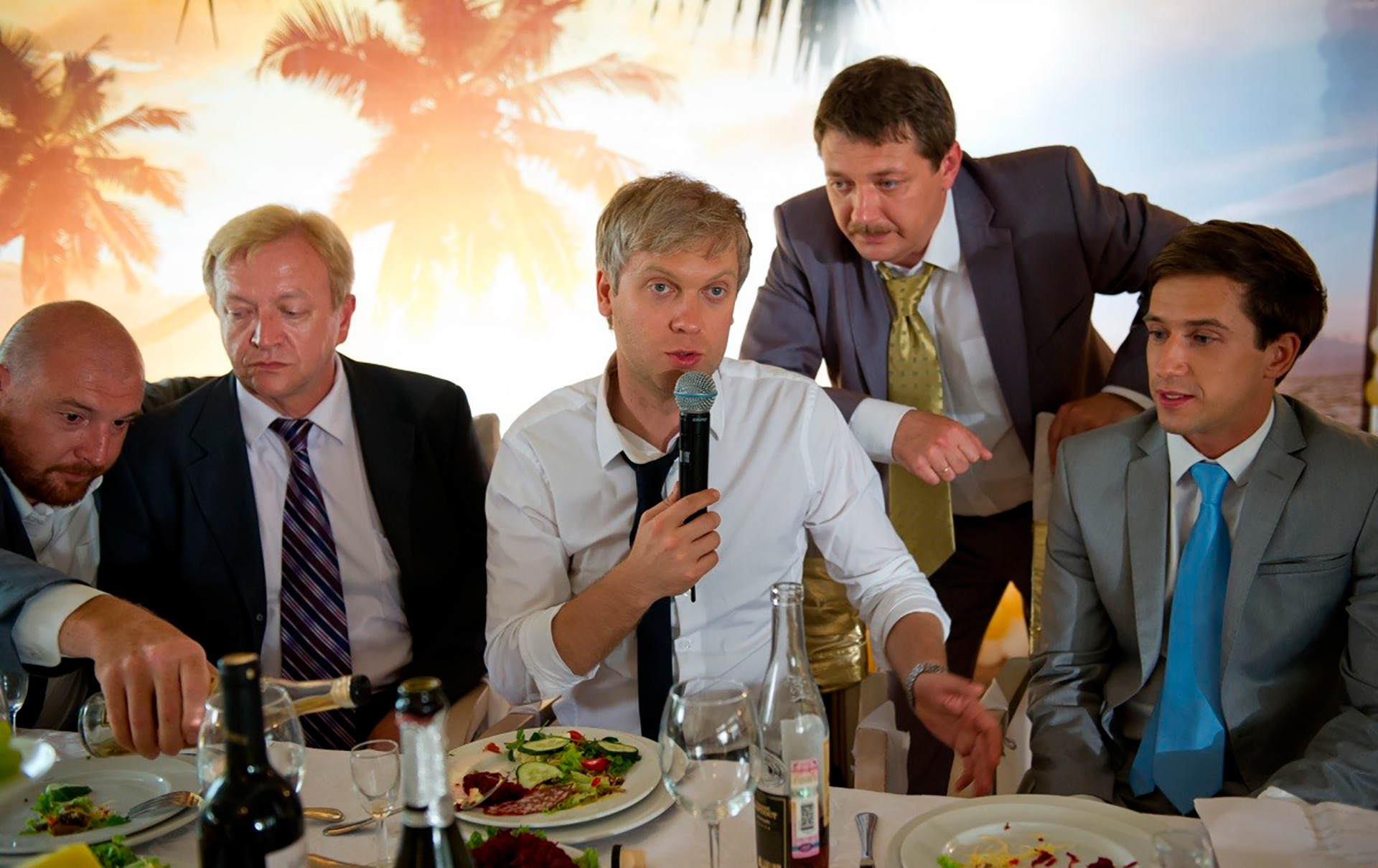 A screenshot from 'Gorko' movie

good news here is that there is no need whatsoever to listen carefully to what is being said. In the end, they all basically boil down to wishing the newlyweds happiness, good health a long life. The not so good news is that some people who make toasts prefer to do so in verse, and in they have composed themselves. The problem is, not every Russian is exactly Pushkin, and so listening to all these lyrical toasts can turn into a serious ordeal. And after each you are supposed to drink—see point 1.

3. People around you will frequently shout ‘!’ (meaning ‘bitter!’)

But don't be afraid: In all likelihood, there is nothing wrong with the food, and this frantic screaming is not directed at the chef but at the newlyweds. According to Russian tradition, the newlyweds’ sweet kisses are supposed to sweeten the bitter vodka the guests are drinking. No one knows whether the vodka does indeed taste sweeter, but the longer the party goes on, the more they drink, so there must be some secret meaning to all this. So again, see point 1.

4. The main protagonist at a Russian wedding is not the bride, the groom or their parents, but the toastmaster

The toastmaster is the person who decides when one can eat, when one can propose a toast, when one can dance, etc. In a certain sense, he is like a film director in charge of the whole event. It is good if he turns out to be as ironic as Woody Allen, but it is also entirely possible that he will be closer in spirit to David Lynch. In this case, the event will go on forever, and the longer it goes on, the more mysterious its meaning becomes. Usually, when the guests at a Russian wedding are unhappy or bored, it is seen as the toastmaster’s fault. The only thing you can do to get through it is drink—so see point 1.

5. There will likely be lots of participatory games and competitions

Some of these include competitions of strength and dexterity—for instance, for some reason traditional games such as tug-of-war or sack races are popular. The meaning of some of the games eludes comprehension altogether—for example, in the game Red Light,Green Light, full-grown adults are expected, at the command of the toastmaster, to freeze on the spot in awkward poses. When you consider the amount of vodka being consumed, this can turn out to be not so simple. But then who said it would be easy? To make it easier though, you can go back to point 1.

6. There are often fights at a Russian 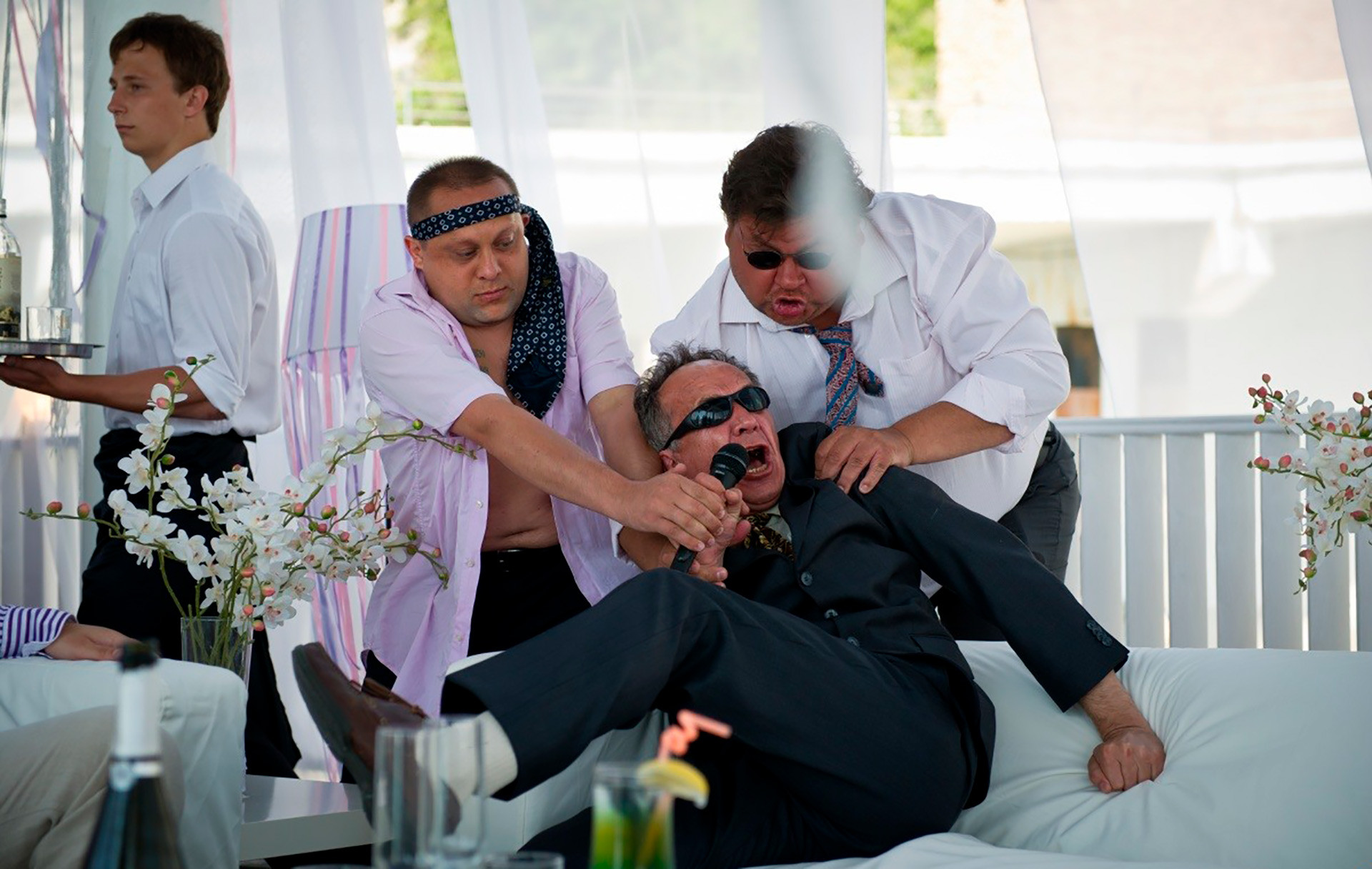 A screenshot from 'Gorko' movie

are lots of proverbs on this point, the gist of which generally boils down to "a wedding without a fight is money thrown to the wind." Just don’t worry about it. Moreover, don't bother trying to grasp the reason why it is happening. Most likely things took a dramatic turn in the heat of a philosophical discussion about Russia's destiny or world politics, or perhaps about the place of men or women in society, or sports, or maybe one person simply disagreed with another in a way that was seen as insufficiently polite. The main thing is to stay out of the way. The combatants will, no doubt, make peace shortly afterwards, become best friends and resume drinking. So again, see point 1.

7. You may be asked for money

There is one more custom at Russian weddings that is far more dangerous. The toastmaster will approach you with a hat or some other capacious object and start hinting that if you want the newlyweds to have a perfect union or want them to have a girl or a boy, then you should put some money into the hat. This can happen at any point. Just keep alert and have a few bills in your pocket—it is definitely not advisable to put a credit card in the hat. There is no point in getting upset about this though. Better to just think of it as another wedding present. Or better yet, just go back to point 1.

If you are not intimidated by all of the above, we are confident that you will be in your element at a Russian wedding. That said, experiencing one in real life at least once is better than reading about it.

traditions How to survival guide