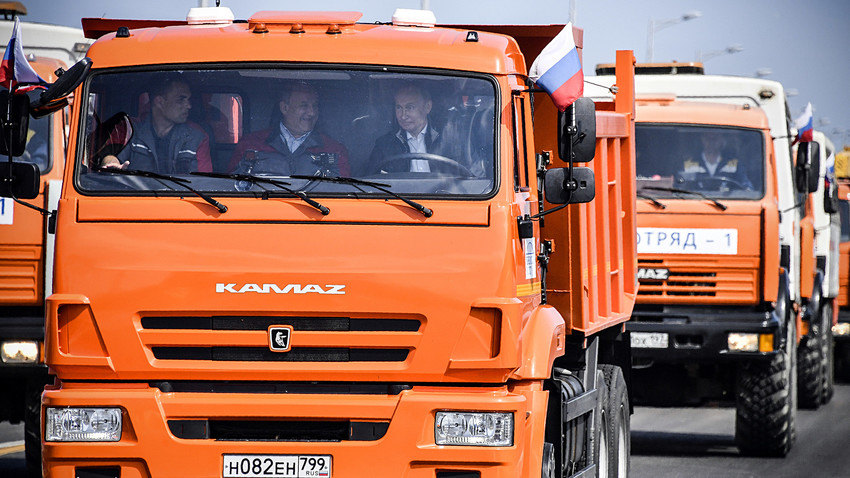 Reuters
Those watching the grand opening of the Crimea Bridge earlier this week might have gotten puzzled by the fact that President Putin didn’t wear a seat belt sitting behind the wheel of the truck. Russian traffic laws consider not wearing a seat belt while driving a violation with a personal fine of 1000 rubles ($16).

The Federal Protection Service of Russia (it handles matters of presidential security) said Putin was driving a KAMAZ truck on the bridge before the road was officially opened.

“Officially, the traffic was launched at 5.30 on May 16. While on May 15, the president took part in a festive event – the ceremony of the Crimea Bridge’s opening. The bridge at that moment was not a road per se, but a construction site. Traffic on such a site is not regulated by traffic rules,” explained an official from FPS told Gazeta.ru. 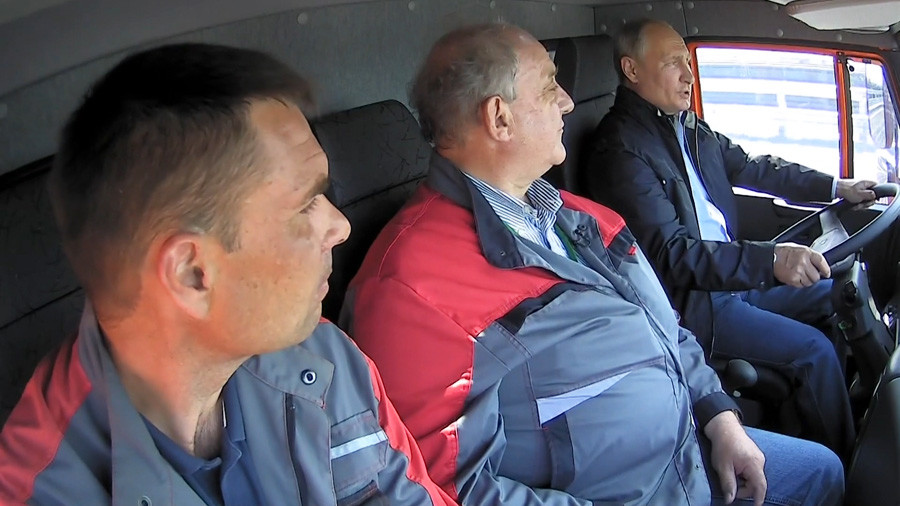 Earlier, presidential spokesperson Dmitry Peskov told media that Putin has obtained a C category driving license 20 years ago that allows him to drive a truck.

On May 15, President Vladimir Putin opened the 19 km-long Crimea Bridge, which took two years to build.