'People are brutal here' – The 11 best jokes about Russia 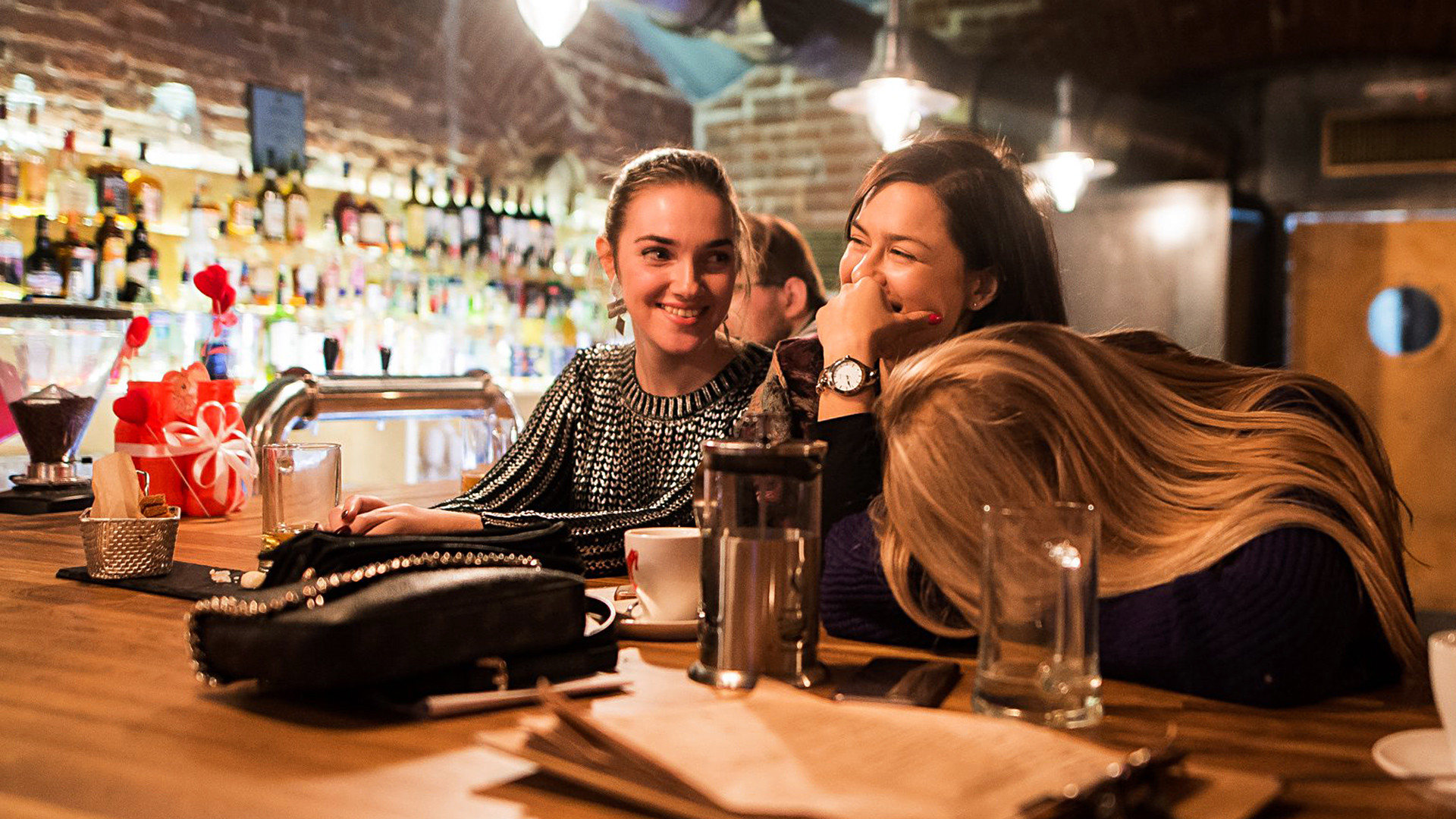 English Moscow Comedy
How many Moscow expats does it take to change a lightbulb? Two – one to bribe the concierge, and one to have a sudden midlife career change from investment analyst to standup comedian.

Through EMC (English Moscow Comedy), the Russian capital’s English-language comedy scene is alive and booming, and now consists of improv, panel shows, podcasts, and weekly stand-up events. We pop in to one of EMC’s events to get these expat comedians’ hottest (and most hilarious) takes on their newfound motherland.

And if you fancy hearing more, head on down to EMC's headline event this month with English comedian Sam Rhodes.

“People always ask me, ‘John, why Russia? Why not Europe or America?’ Well to tell you the truth, I came here because I read a statistic that the women here greatly outnumber the men, like 40% to 60%, and I thought, ‘Man, those are some pretty good numbers.’

So I got here, and on my first day, I went to the metro at 6am (it’s normal for us Africans), hoping to meet some Russians. I got there, and I see nothing but crowds of babushkas, carrying these weird bags with wheels. I don’t know where they’re going, but there were so many of them, it was like there was some kind of babushka conference in town. I just thought, ‘F*ck, are these the women making up the 60%?’”

“It’s very dangerous that the name of your main supermarket, Perekryostok, is so similar to perestroika. When you tell Russians you need to go to perestroika because you’ve run out of food, they get very confused.”

“In Italy, I'm a normal guy. But in Russia, I'm an Italian, which automatically means I can sing, cook, make love… Before my first Italian lesson, my student walked in on me swearing down the phone, ‘Va fanculo! Va fanculo!’. I turned around, shocked, and started apologizing profusely – she looked at me like I was reading poetry and said with big eyes, ‘No please, continue! It’s so beautiful.’”

“Just like everywhere else, being a funnyman doesn’t quite cut the mustard in Russia. When I was applying to rent an apartment, the landlord asked me, ‘Comedian – is that a serious profession?’ I responded, ‘Yeah, well last time I checked, nobody laughed.’ I didn’t get that apartment.”

“It’s impossible to find love in Moscow. It’s true. I’m in a real Muscovite long-distance relationship: My girlfriend lives in Rechnoy Vokzal and I live in Noviye Cheryomushki - that’s a distance of over 50 kilometers. We skype sometimes. I ask her ‘Will you come and see me this weekend?’, and she says ‘No, it’s too expensive, and I probably need a visa.’ We promised not to go three weeks without seeing each other, but really, I haven’t seen her in over a month.”

“It took me a while to get used to Russian excuses. In Italy, a normal excuse for being late is something about the traffic, oversleeping, that sort of thing. Once a student cancelled a class on me here because ‘gribi poshli’ (‘the mushrooms have come.’) So that was that, it’s not even a euphemism. I was unemployed for two weeks because all my students were out at their dachas picking mushrooms.”

“They made the metro multilingual a couple of years ago, but I don’t know if you’ve realized – they announce the stations differently in English depending on where you are. If you’re in the center, for example, they say ‘Lubyanka Station.’ Outside the center, however, you’ll hear, ‘This is Konkovo.’ You see the difference? ‘Lubyanka Station’ – information. ‘This is Konkovo’ - warning.”

“In Britain, they have weird jokes, they joke about things we don’t have here in Russia: Marmite, the middle class, elections – that kind of thing.”

“People here are brutal, man. The other day I bought one potato for myself in the shop, and the cashier looked at me like, ‘Is that all?’ Then he picked up the potato and shouted to all the shop, ‘Everybody look, this guy is just getting one potato for himself! What a loser!’

I wish the story ended there. He then leaned in to me very earnestly and said, ‘Seriously though my friend, you are single? My daughter is a lovely Uzbek girl, she is looking for a husband, you are just her type.’ He wouldn’t take any protestations, and called her over. I had to sit there patiently while his daughter did a twirl for me. I tried to reject the offer politely, to which he told me, ‘Whatever then, enjoy your potato, you loner.’ I cried all the way home.”

“I was trying to sign up to the gym here, and the woman behind the desk asked me for my ochestvo, or patronymic, which is like a middle name taken from your father’s name. I told her I didn’t have one, so she looked at me pitifully and said, ‘Oh, you poor thing!’”

“People say Moscow’s gotten safer but I’m not so sure. I can go up to someone in Red Square, point to the Mausoleum and say to them, ‘Hey, wanna see a dead body?’”