What Russian football commentators say when they lose control 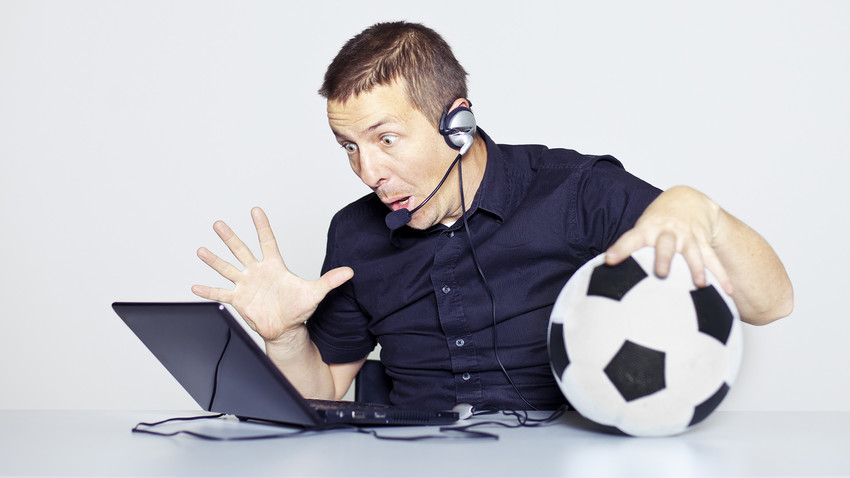 Legion Media
Thanks to these football commentators even the most boring matches become clips and memes that attract millions of views on YouTube. They exhibit a sort of ‘auteur style’ and this is what they say on air in order to be original.

From the very this commentator instills hope in the viewers (which then turns out false) and promises victory. Essentially, he can comment on anything – football, weddings, or chess. The most important thing is to root for “our t and explain to the masses what is happening on the field. He does not like to improvise; he finds it easier reading the prepared statistics beforehand and sorting out the banalities. He has another particularity: For some the national team always loses the matches he is commentating on.

Sometimes the unlucky commentator enters into lengthy discourses. For example, about fresh coke. “Alexei Berezutsky has now put Zyryanov in an uncomfortable situation. Zyryanov is being pressured by fresh Cox (Simon Cox’s surname sounds like the Russian word for cocaine)… sounds interesting. That is, can cox be fresh?” asked Victor Gusev during a break in Russia vs. Ireland match.

The unlucky commentator does not usually scream “Goal!” for long because there is usually no reason for it and he is not used to it. Instead, he painfully, almost in tears, shouts “STRIKE!” and habitually adds: “And again, again we are incapable of doing anything… The Russian national team has fallen into a black wet streak of misfortune.”

This type of commentator cares about the game with all his heart. He threatens to leave the studio during the most critical moments or have someone call him an ambulance.

He loses his voice in the first half. Due to his strong he confuses words and surnames, calls Boulahrouz “Bullhouse” and Van der Sar – “Der Var Sar” (without regret) and shouts “Goal!” too soon. The most important thing is to then calmly add: “…could have been” or “just joking” or “f… $£ post!”

The emotional is the champion of the longest “Goal!”

It is difficult to listen to this commentator but watching his matches is more amusing than the ones with the unlucky commentator. In the studio he becomes delirious and the whole transmission turns into an absurdist performance. Then the “delirious man” is discussed in the fan social networks where people try to understand if he was drunk or not. 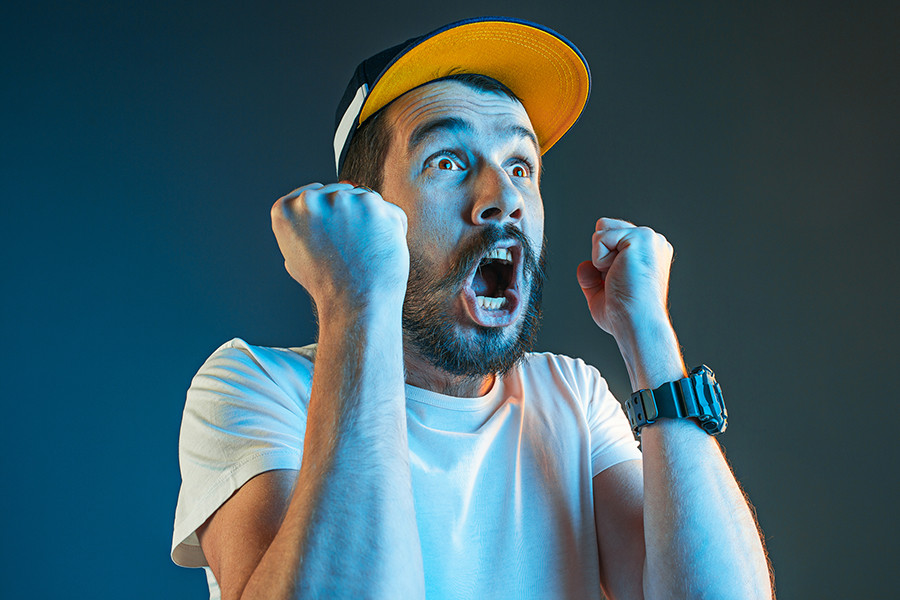 “It is very difficult to distinguish Brazilian fans from Ghana fans. There are many dark-skinned people among them both. And many fair-skinned people. But the fundamental color is yellow,” said commentator Vasily Utkin.

Once Utkin gave a comprehensive description of a defender from Russia’s national team. “Ignashevich, of course, is not vindictive. At most, he’ll take revenge and forget about it.” His description of a famous Dutch midfielder has become a classic. “Edgar Davids’ pigtails grow out of his head like pieces of meat out of a meat grinder…”

Try to understand what Utkin was talking about here: “Ivanov! Violation. It had seemed that our players were losing strength, but it is the French who are losing strength. Two not so necessary faults in a people’s proximity from the goalkeeper – and we are always discussing that, guess what, the other parents are tired. It’s impossible.”

Such a commentator does not need to be loud. He is very showy all the same.

He represents the old school. He still remembers the 1988 Olympics and the “commentator’s classical dictionary.” He can call the ball a “leather sphere” and two Balkan footballers – “the Yugoslavian bunch.” But besides the numerous epithets, he also knows that football is a serious matter and that it requires precision. That is why he comments on everything he sees, as once did Russian commentator Vladimir Maslachenko, and never screams: “As soon as the 33rd minute of the first half came to an end, the 34th began”; “And the ball, having overcome the final obstacle between the goalkeeper’s legs, flies into the goal.”

Or: “Five minutes before the beginning of the match. The score is still 0:0.”

The captain has something “wise” to say about every match. “For the inexperienced I will say that the second half is definitely not the first.” 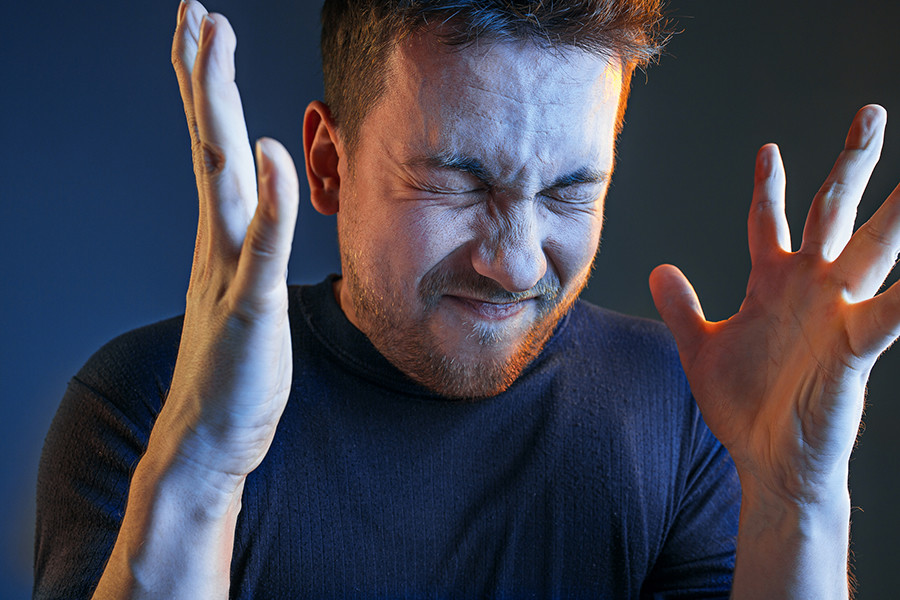 How about: “This is a serious injury not only for footballers but also for a human being.” He can end a match in the following manner: “Porto’s goalkeeper came out onto the field wearing number 99. This perhaps is the most interesting thing that can be said about this game.”

He knows the house in which Lionel Messi was born (and has visited it, of course). He can also explain why Carlos Tevez is the Tywin Lannister of English football. He jokes in moderation and turns his humor into an “interesting thought on the subject,” as with the case of Vladimir Stognienko: “Messi is definitely no longer a football figure but a benchmark for something ideal. He comes home to his wife, tries her borsch, and says: ‘Your borsch today is simply Messi’ or ‘Today it’s not that good. Higuain at best.’ ”

What he says is not important. The only thing that he needs is to stand in front of the camera (or have the camera in the commentator’s booth). His appearance alone is enough to captivate our attention. It also inspires thousands of jokes. His recipe for success is his eccentric attire. Here is our example: Kirill Dementiev, the “man-hat.”