Siberian man gets drunk in Empress’ bedroom before stealing gold statue...then gets nicked himself 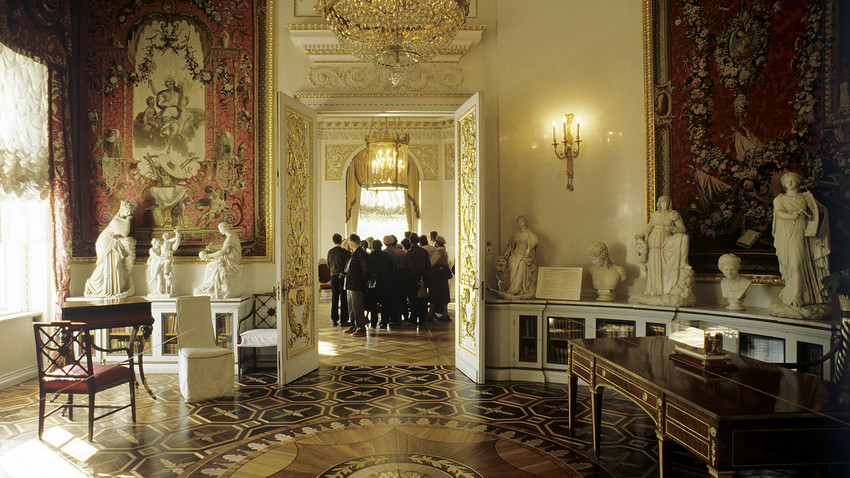 That wasn’t all though. He wandered the halls for no more than four hours and even slipped into the bedroom of Empress Maria Fyodorovna, drank alcohol, and caught some Zs on the parquet floor. He also managed to steal a gold-plated before leaving. Lapaev’s antics were only discovered the next morning by museum staff, who revealed the statue was worth five million rubles ($80,000).

Police found Lapaev the next day. He was still drunk and walking through Sennaya Square holding the statue. He explained to the officers that he found the statue in a ditch, but when a police showed him the video evidence he confessed. The Siberian tourist was detained for two months.